Not and Ice Pick 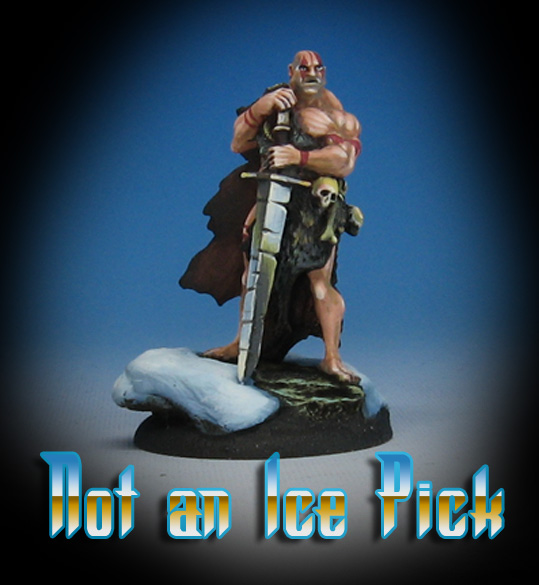 This is a pretty interesting pose from Red Box Games.  The angle of his sword worked out just right so that I could place it on the base right by the snow pile.  I could reflect the snow on the left side of the blade, and the darker rocks on the right side.

Like many of the other figures done from this line, he has that similar fur cloak, which I also tried to impart color wise into the skin color.

To distinguish a few of the figures from each other, I added some red tattoos and war paint on them.

Obviously, many more are on the way!!

Posted by wappellious at 11:27 PM No comments: 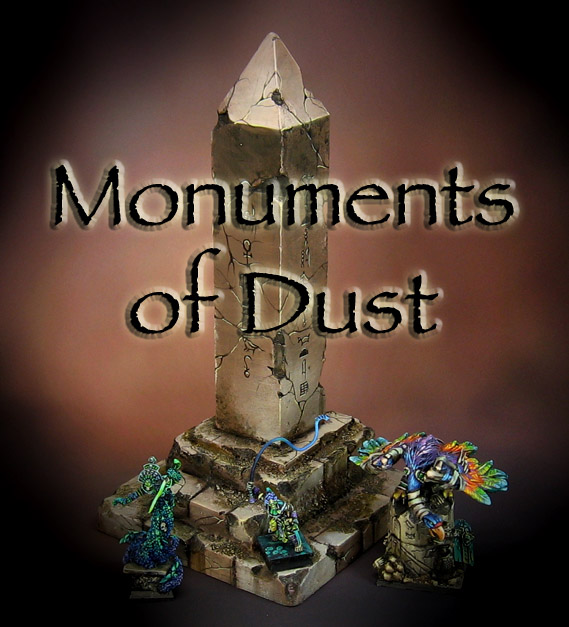 Here's a fun piece of terrain that I just had to make for my Tomb Kings (Soon to become Empire of Dust) army.  It was created from Pink insulation foam.

Here's a glimpse of it's construction from the "Building Monuments" Painting Pyramid kickstarter video:
http://wappellious.blogspot.com/2013/08/a-monumental-task.html 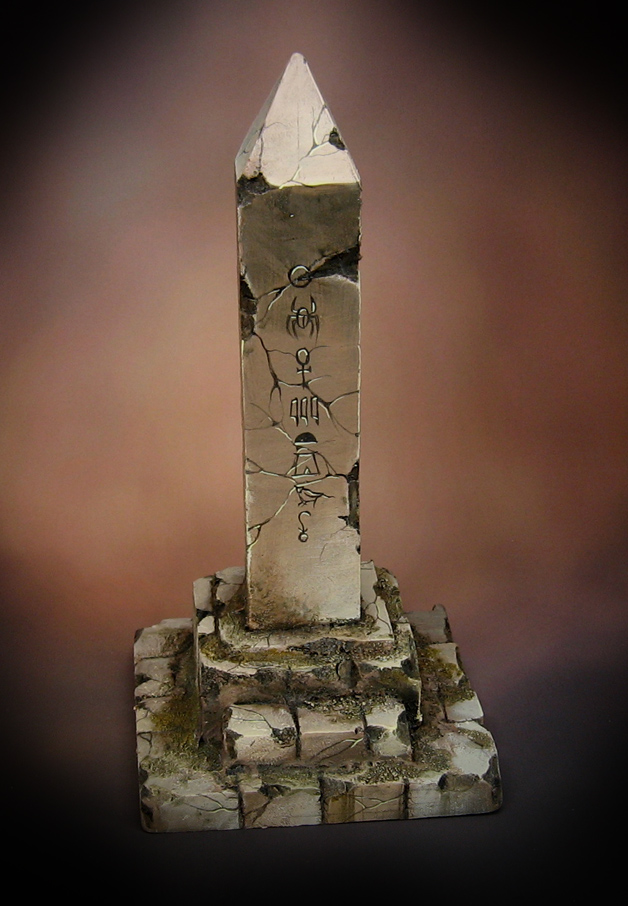 I think most of you know that my obsession for terrain is surpassed only by my love of basing, so that's why there were five different videos created.  It was not very difficult to create this, as you can see, and it has proven to be quite sturdy as well. 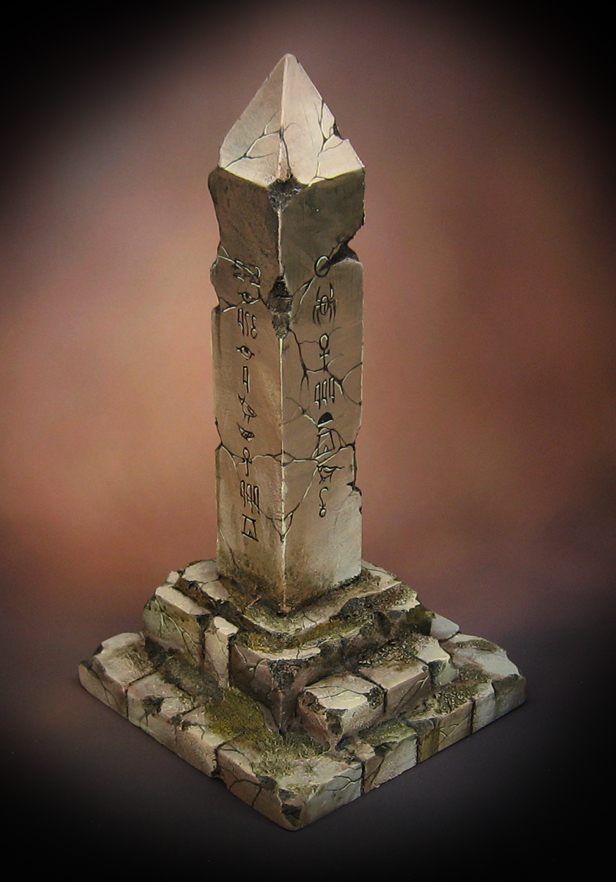 As much fun as it was to build, it was even more fun to paint!  I loved transferring some of the inscriptions from my Tomb Kings army board: 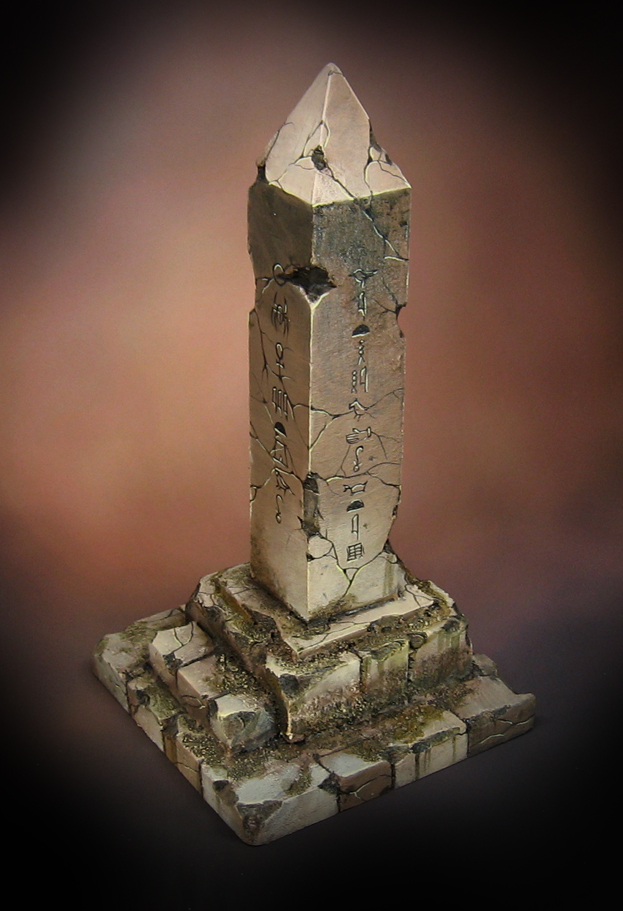 Now for a few miniatures to give you a sense of how big it is.

The Carrion bird on the right was one of my favorite conversions that I created for the army.

They played an important visual role on the display board, chasing down some hapless Empire soldiers:
http://wappellious.blogspot.com/2015/01/reaching-upper-levels.html 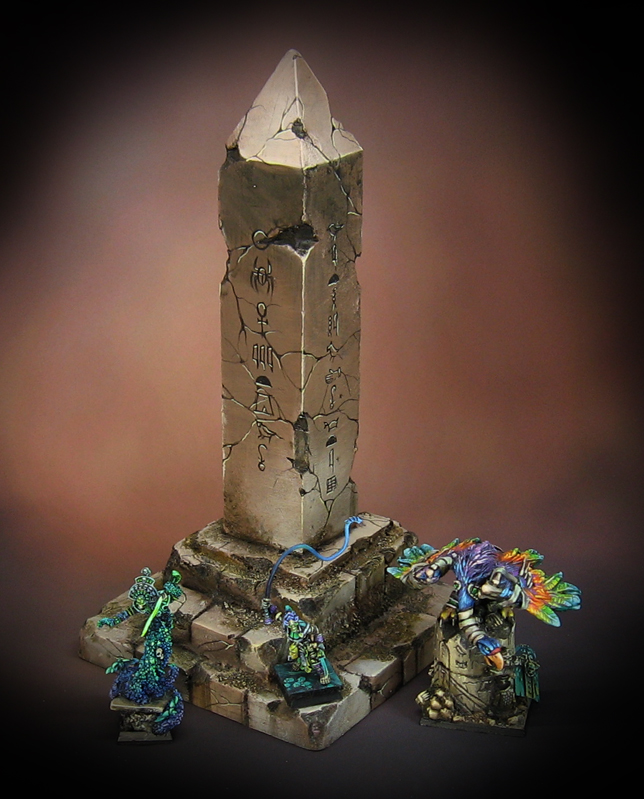 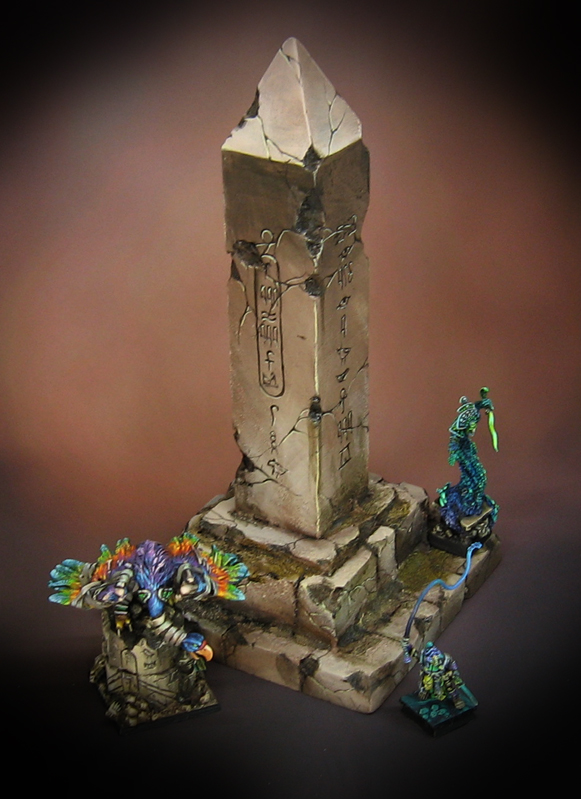 Some of the other terrain videos involved constructing a house, a warp portal, fortresses, walls, rocks, hills and more!  Each one is about 100 minutes of foam cutting fun!! :-) 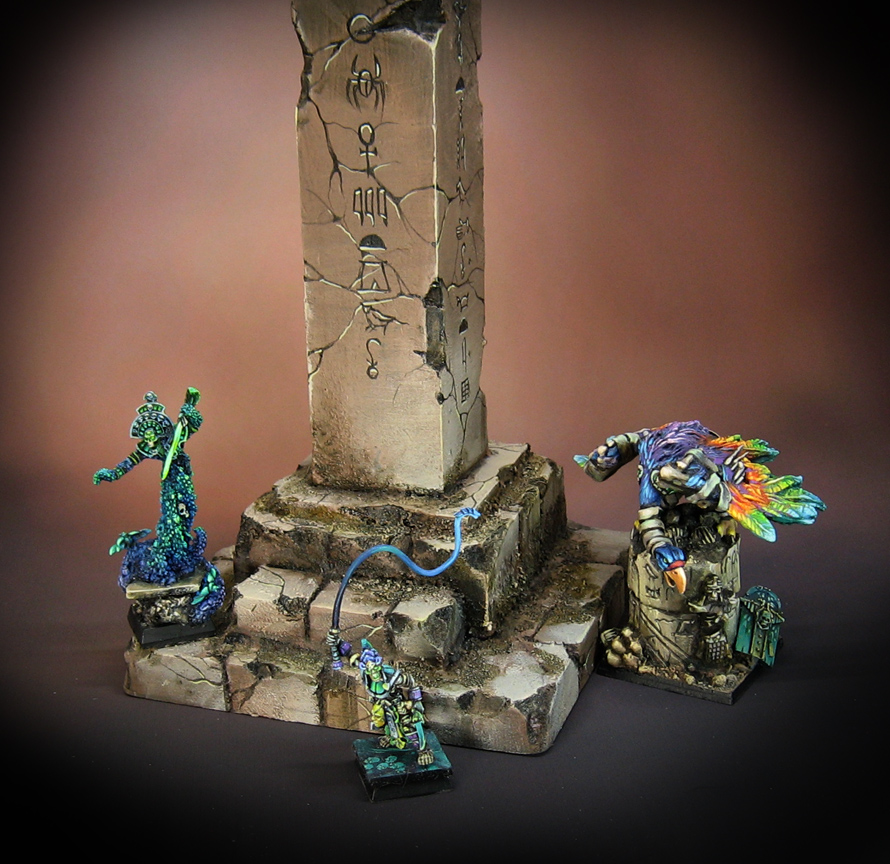 Posted by wappellious at 8:40 AM No comments: