Getting lost in the jungle 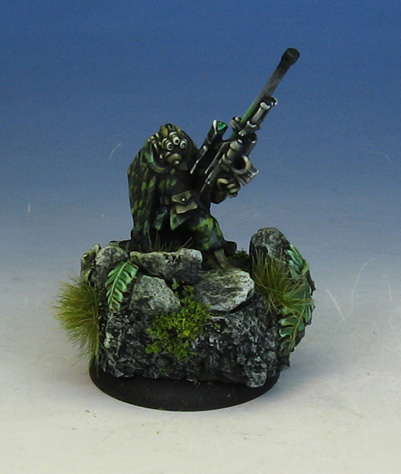 Here was the other camouflage figure!  Once again, a Viridian from Urban Mammoth

These snipers were just the trick for something trying to hide out in the jungle.  The cloak was also a nice variation from the desert marine.

Just as with the desert camo figure, the 'other' colors, such as the rifle, were mixed with the "resident" greens that surrounded it, making it blend in even more.

And now for the contrast between the two figures.  The settings make such a huge difference!!! 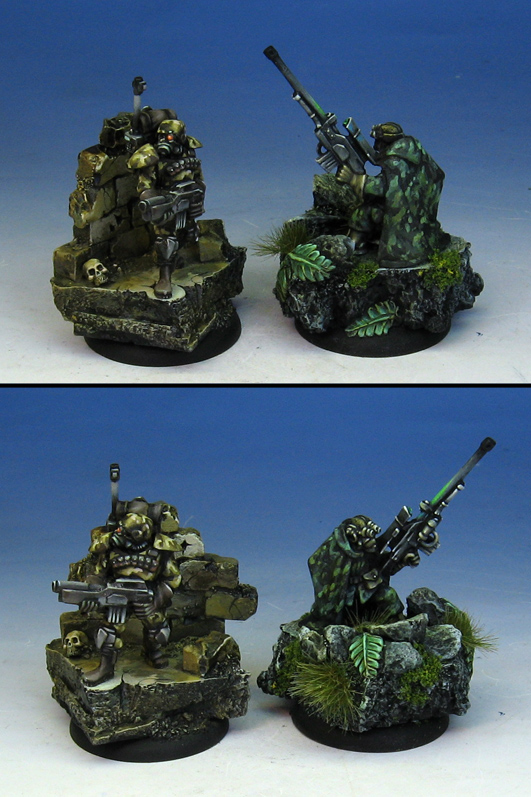 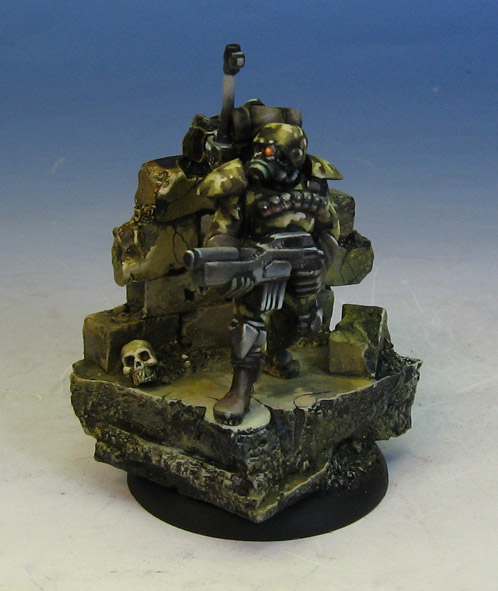 Hopefully these finished images of the figure with its base demonstrates the principles of  camouflage as I see it.  That is, integrating it with the surrounding base.

Spending a lot of effort to paint camo patterns that are not complimented by the base is not terrible fun, as I see it.

To envelop the miniature in a base that is themed to match is not only fun, but very satisfying.

In addition, I tried to make the colors of the "non camo" surfaces match the environment by including some of those colors.  For instance, the grey of the gun was lightened with colors that I had used to highlight the base.  The same went for the boots and pouches.

I have also done a jungle camo figure, which I will show tomorrow!  Stay tuned.

Posted by wappellious at 3:23 AM 3 comments: