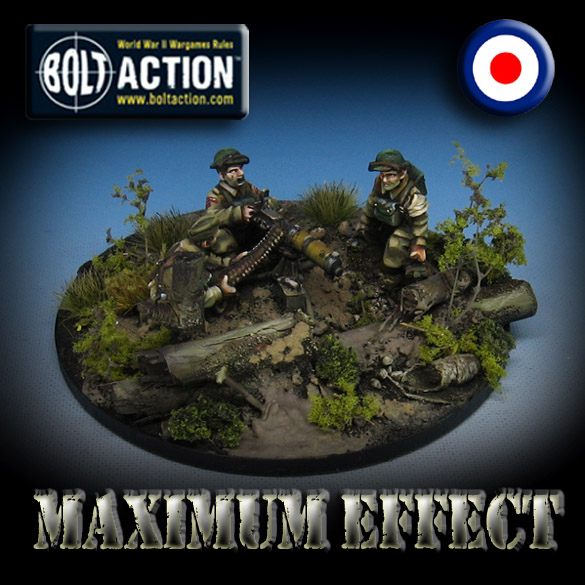 This machine gun team is part of the early war BEF that I have been working on.  It's the first of the completed weapon teams, and yet another example of the Mig AMMO mud applications.  As I have mentioned before, this adds a great deal of additional texture.

Adding the mud and spatter helps to make the figures appear more in tune with the scenery, since that same color and texture moves from the ground to their boots and so on.

Once the foliage is placed on top of this mud, it looks even more natural.

There were a lot of extra shovels in the plastic British kit, so I used them on the weapon team emplacements.  The idea was to make it appear that the position was freshly dug.  I found right away that the AMMO heavy mud piled up in the area around the shovel is very convincing as freshly turned earth!

To make it even easier, AMMO has various heavy mud products... including turned dirt!  Very handy!!