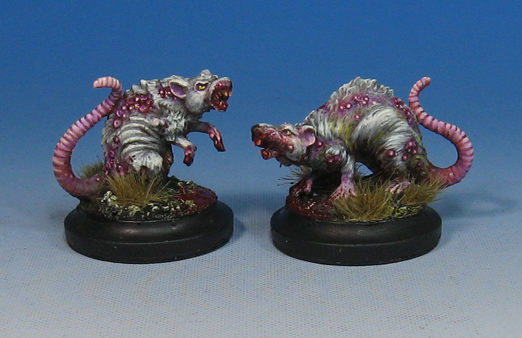 Today we have two giant rats from the Reaper BONES line. 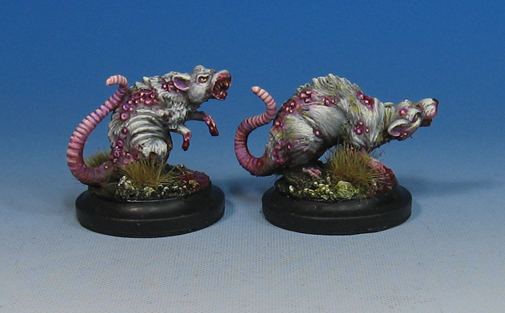 They were just the right size for what I needed... and that is a few 'pets' for the Wooster Sisters. 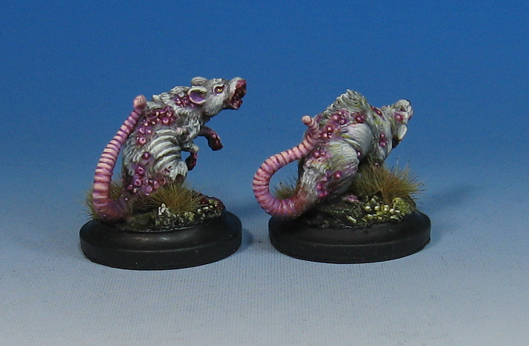 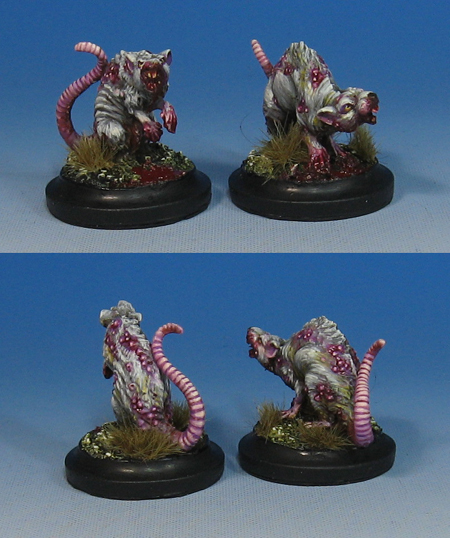 With a bit of a skin condition. 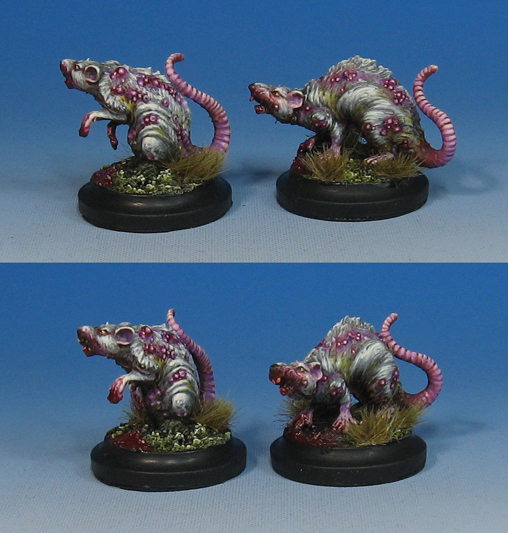 They will be joining the Wooster Sisters very soon, so stay tuned! Still trying to figure it out... 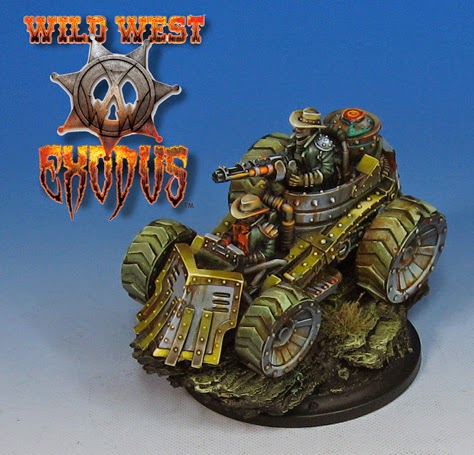 A few more views of the Outlaw Dust Cutter for you, this time from above. 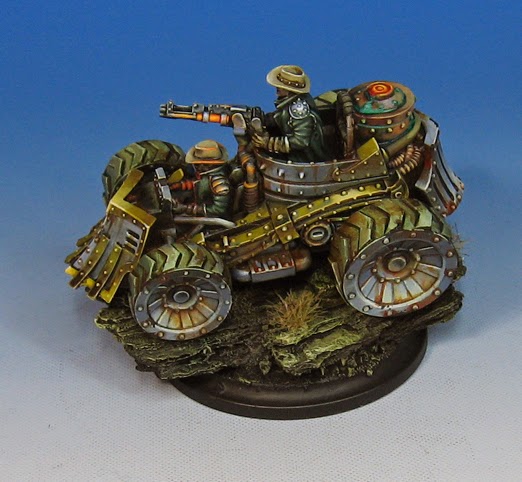 I am still trying to figure out which weapon option works best.  With its high rate of speed, I had anticipated that the flame template version could be a valuable support to close combat. 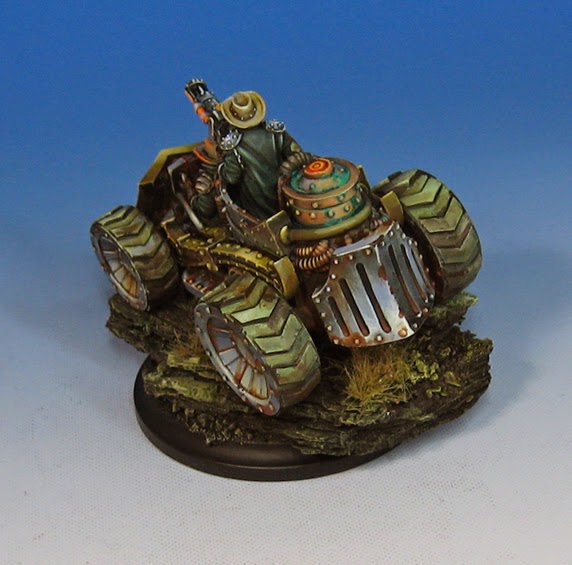 It almost worked out that way in the last game, but the timing was not there, and it was picked off early.  The high armor of 4 sounds great, but it is almost always cut in half.  The high lifeblood had saved it in an earlier effort, but not with the kind of heavy firepower hitting it this time around. 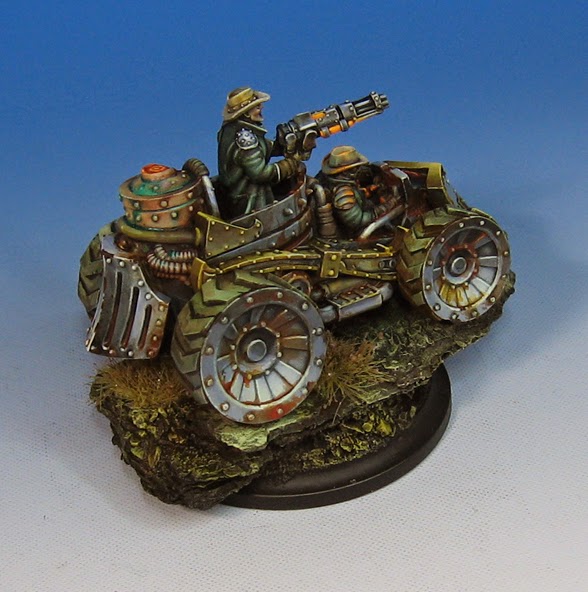 The mini cannon might be interesting, but I still want to see the flame template option in conjunction with the Flame Truck.  Now an opponent would have to split that heavy firepower. 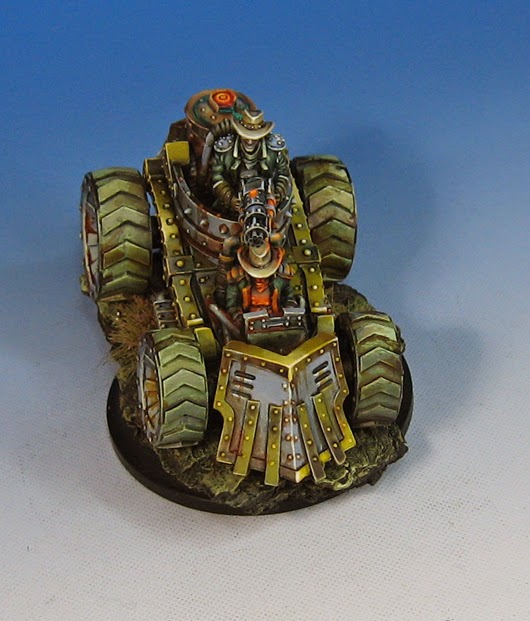 Even if they are able to take out the bigger flame truck, it will take a lot more effort to do so, and that might leave them set "in place" to be targeted by something else... like this fast moving Light Support! 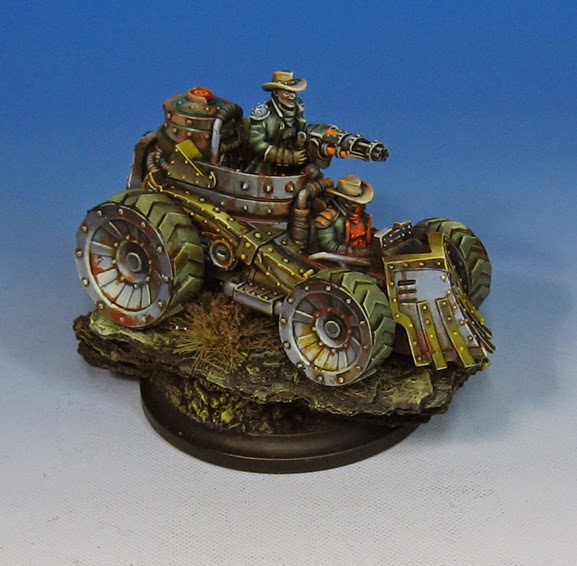 As soon as that experiment happens, you will see it play out across these pages, so stay tuned!!! 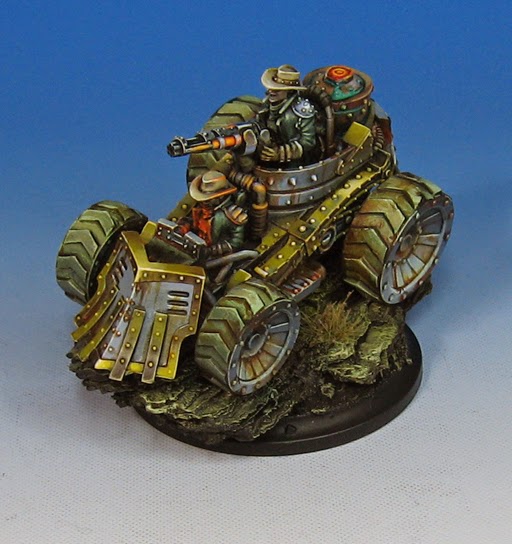 s
Posted by wappellious at 12:54 AM No comments: