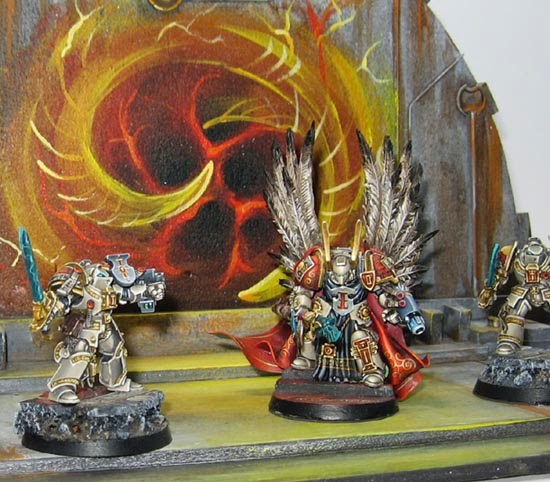 Using the new lighting, I was able to take some shots of an old terrain piece, one that was featured in a terrain building video.  It's the warp gate! 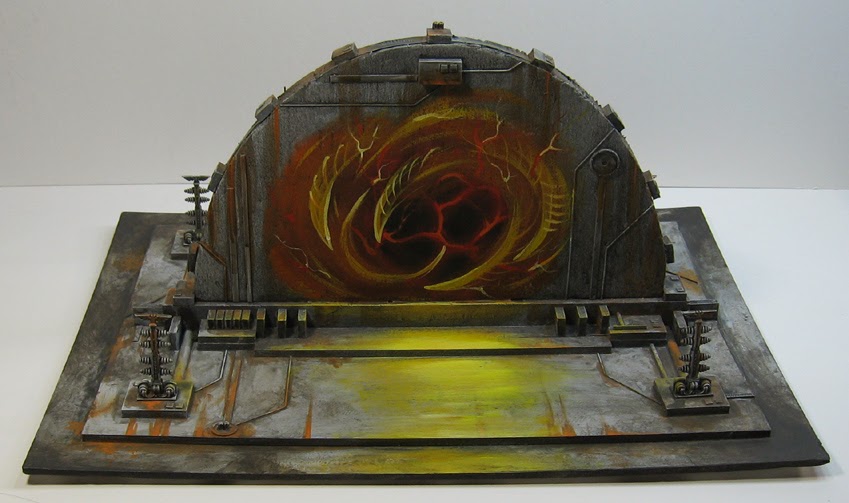 I had to redo this for the video, since there are some GW bits attached.  There was no way to remove them, so I built new ones. 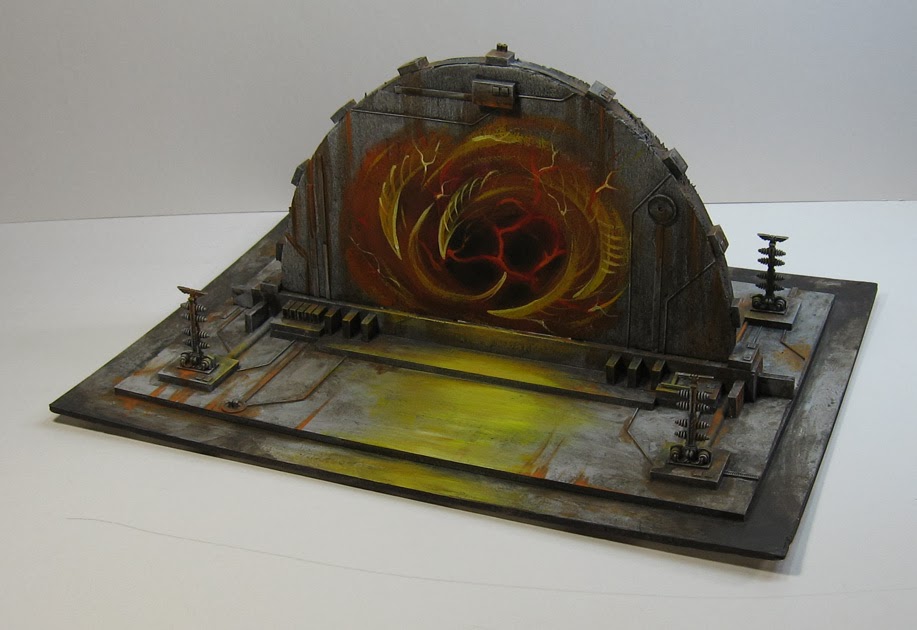 If you look through the blog, you will be able to find some shots of this item in the final battle of a huge 4 part campaign. 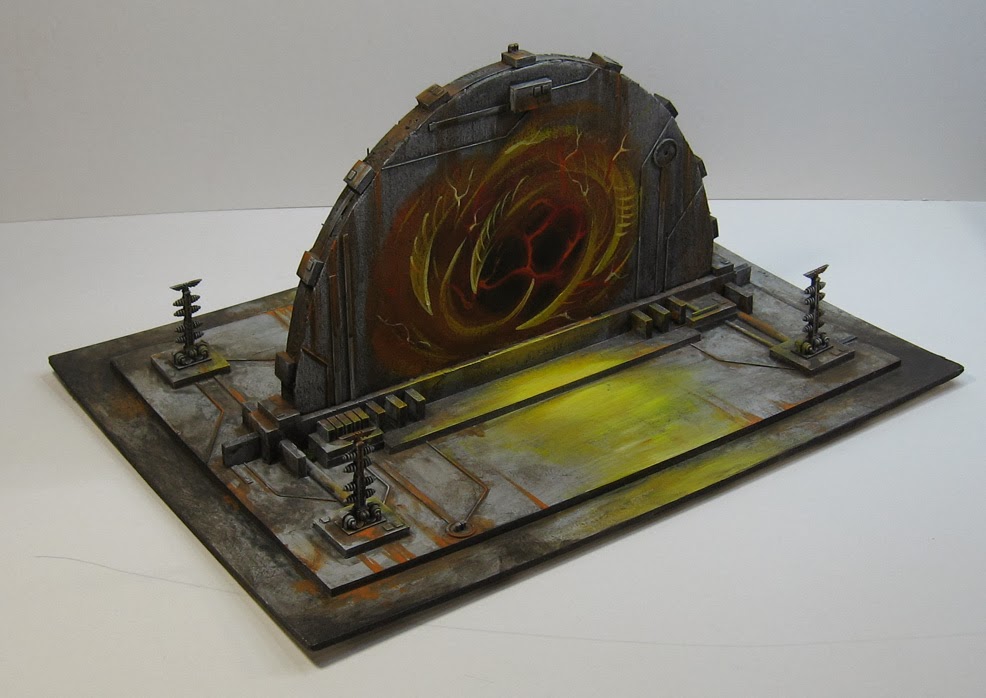 This campaign involved secret maps, special characters, wargear, reinforcements, you name it.  The whole thing was all about control of this warp gate. 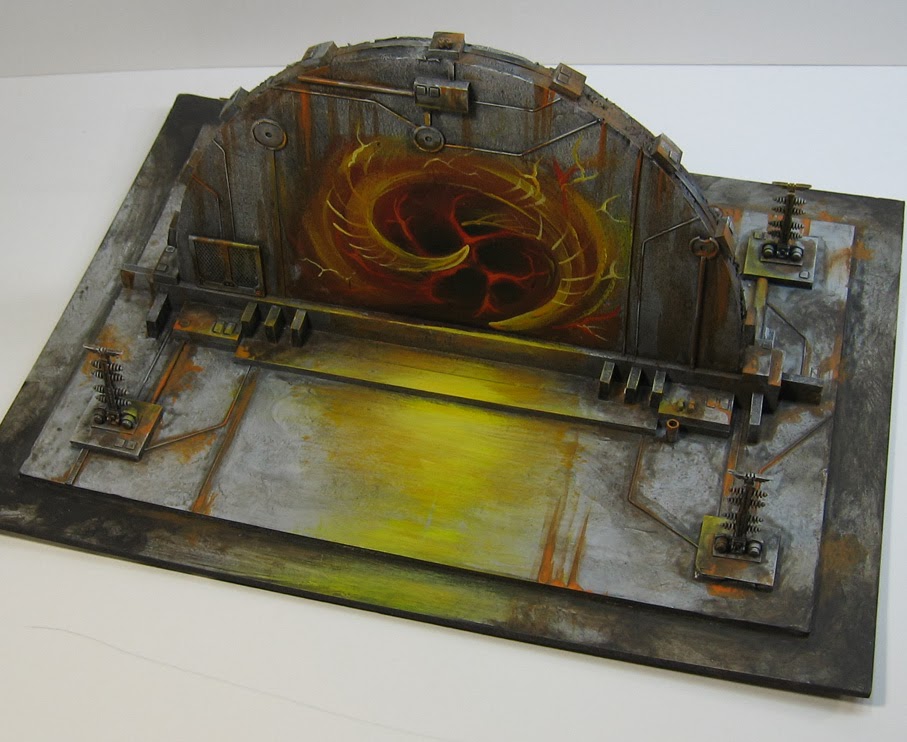 Rich had his Chaos marines, and I had my beloved Demonhunters. 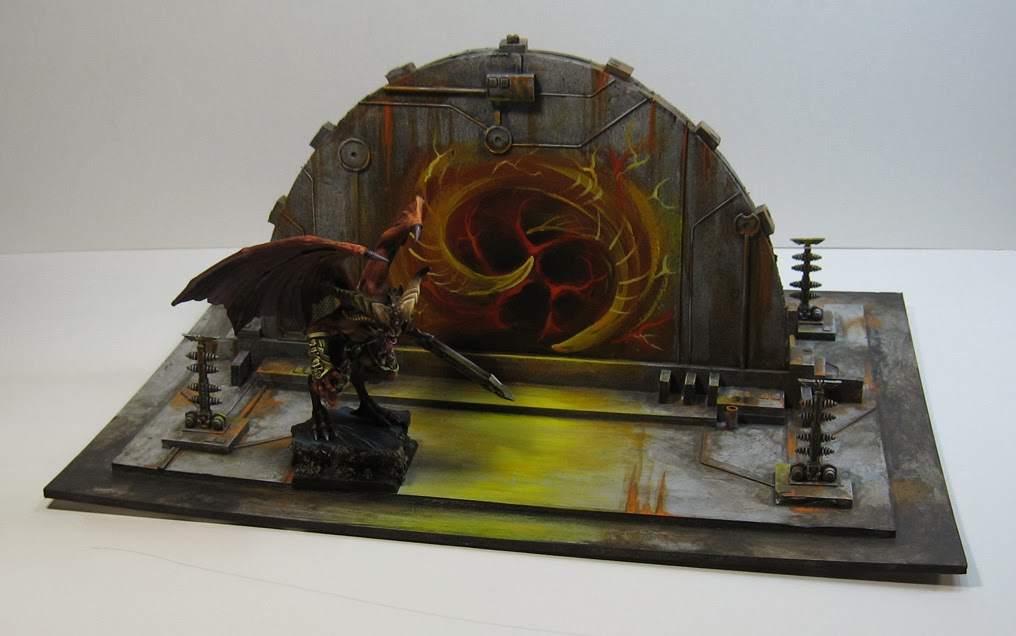 After many hours, and lots of casualties, it came down to my unit of terminators vs what was left of a mix of marked units... Nurgle, Undivided, Slaneesh, etc. 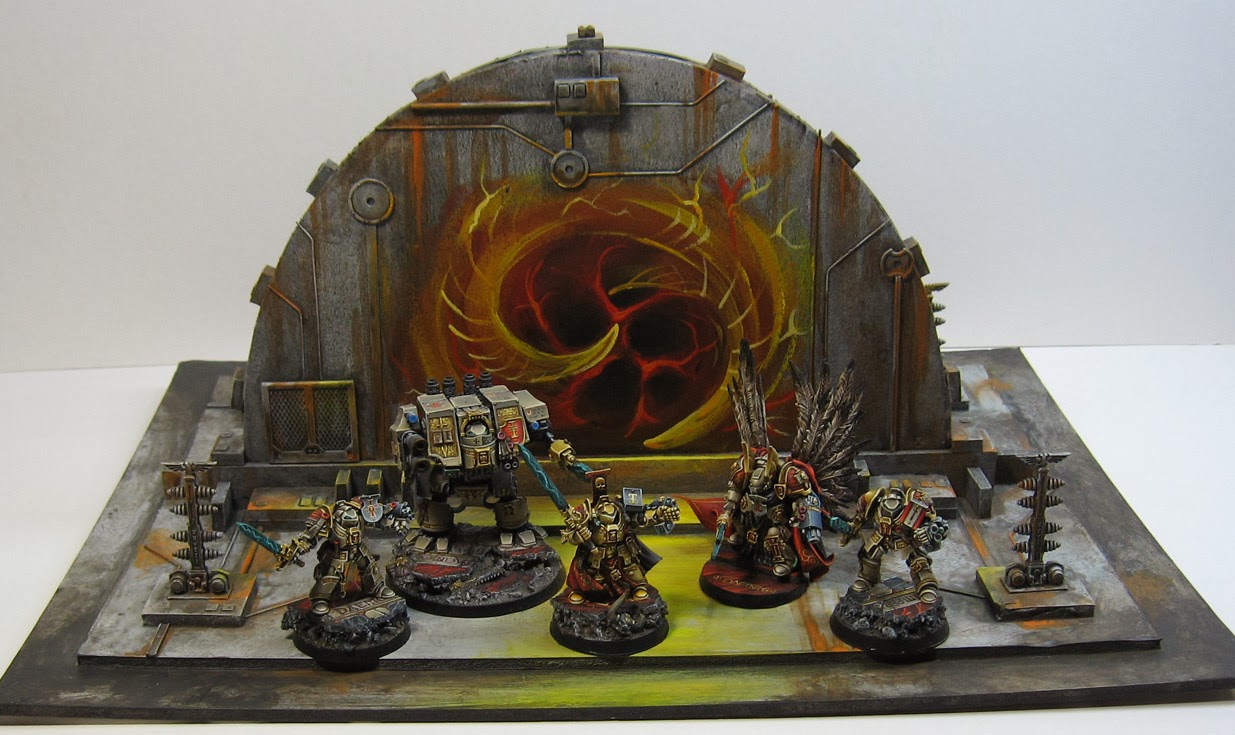 Lots of crazy things happened, that's for sure.  The special character ended up killing a large number from each side.  You could not 'control' him.  He was only interested in the gate.  Whoever had 'control' of the gate is who he hung out with. 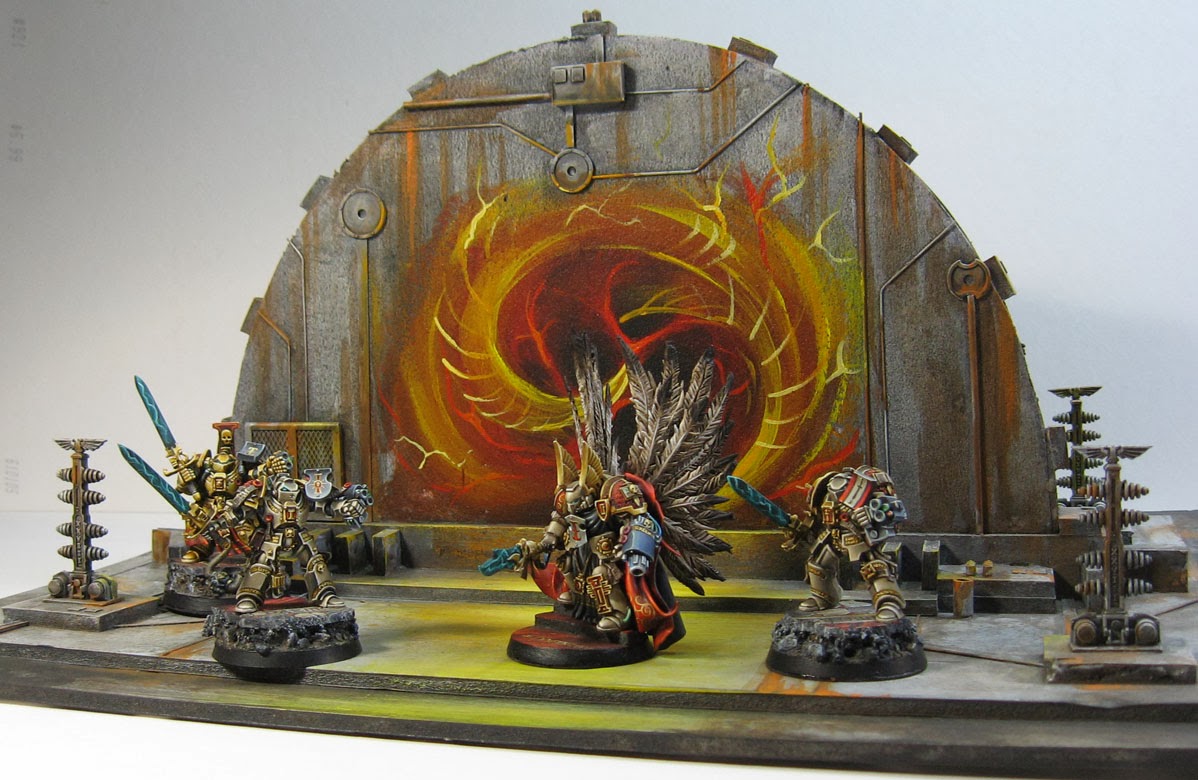 If he was threatened, he would use a psychic power to kill everything in a certain radius, no matter who it was. 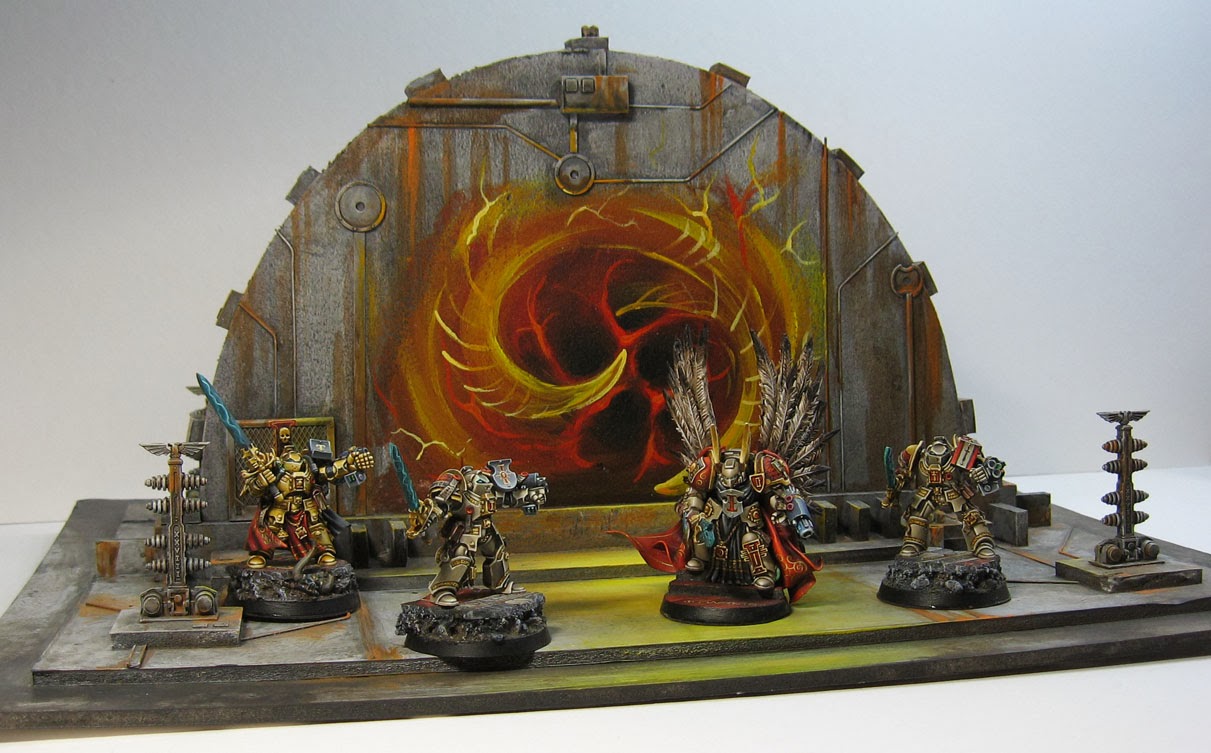 I don't know how it would work with 6th edition.  It was 4th edition when we last played the scenarios.  Still, it would be fun to play on this thing again :-) 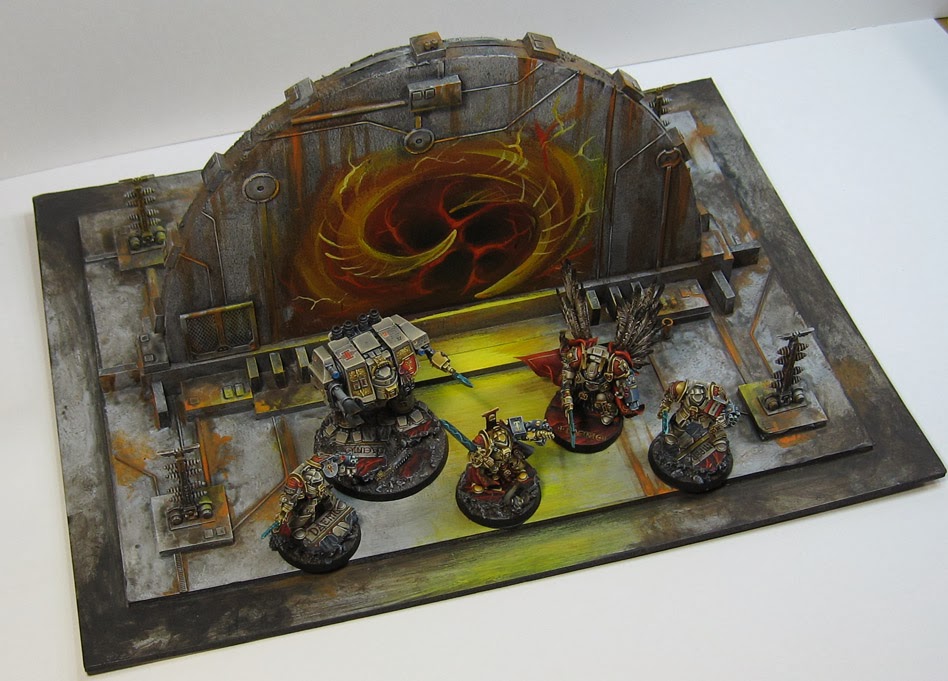 Once the new warp gate is painted, I will post those pics! 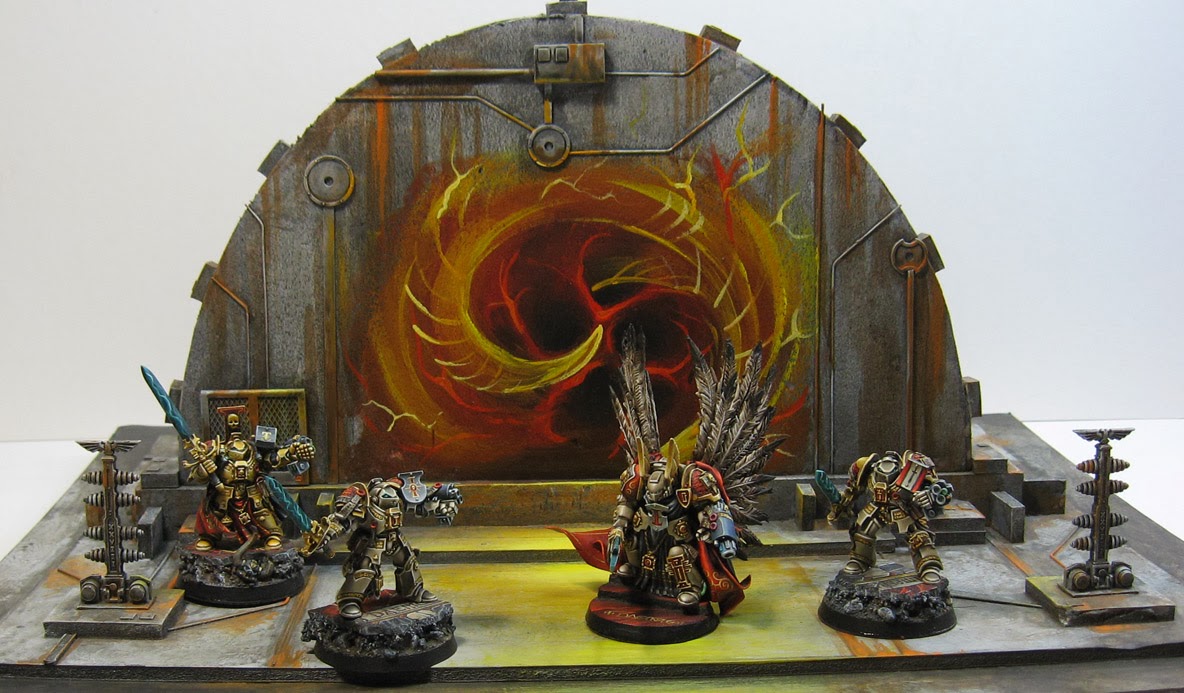 Posted by wappellious at 3:23 PM 6 comments: 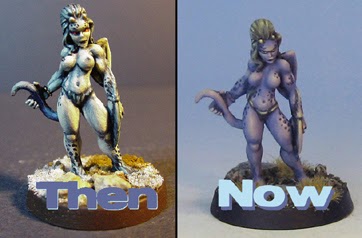 OK, here is something that I used to do a lot back in the day.
That is, paint the same figure which I painted years before to see what kind of difference there was in appearance, time it took to paint, and so on.

The idea was, I could see what improvements there were in the technique over a given period of time.  Since time was also very critical in getting things done sooner rather than later, conserving time was just as crucial.

If a figure looked about the same, but took 25% less time to paint, that was also a huge win!

Long gaps between attempts would yield some shocking results.  I remember one of the first "Then and Now" projects not only had a huge visual result, but it took 3 days less to paint!

Most of you are familiar with the Celtos Fomorian Siren that I posted earlier this week.
However, unless you were looking at my Cool Mini or Not gallery in 2003, it is very likely you never saw this.  Circa early 2003:

This was probably done in 2010, so a 7 year gap.  I know it was probably a huge saving in time, but there were other advancements.  Photography and basing would be two of them!  I tried to keep the base as similar as possible to better estimate the effect.

This was also about the time that I was starting to do a lot more experimentation with various color combinations, such as the greenish brown hair with the purple flesh.

Give this a try yourself!  You might be very surprised. 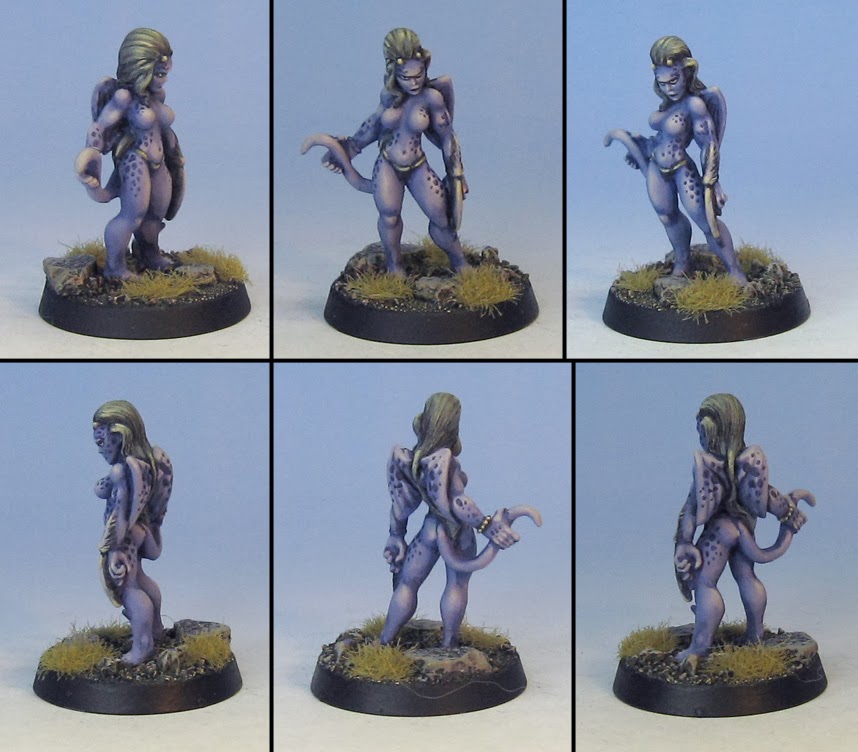 Posted by wappellious at 2:07 AM 4 comments: