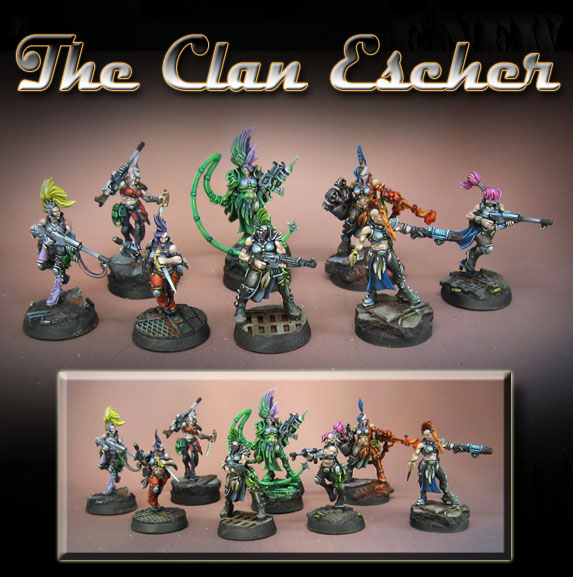 At long last, the group image of the entire Clan Escher that was painted a while back.  This was the very first non historical unit that I tried painting in oils.

When I worked on these, it was much earlier in my exploration of using oils on figures.  I have discovered many interesting techniques since, and now I paint a much higher percentage of the figures strictly with the oil paints.

In particular, I now have many more high saturation oil colors than I did initially.  In fact, I now have a number of metallic oil colors... I was quite shocked to find out that they even existed at all. 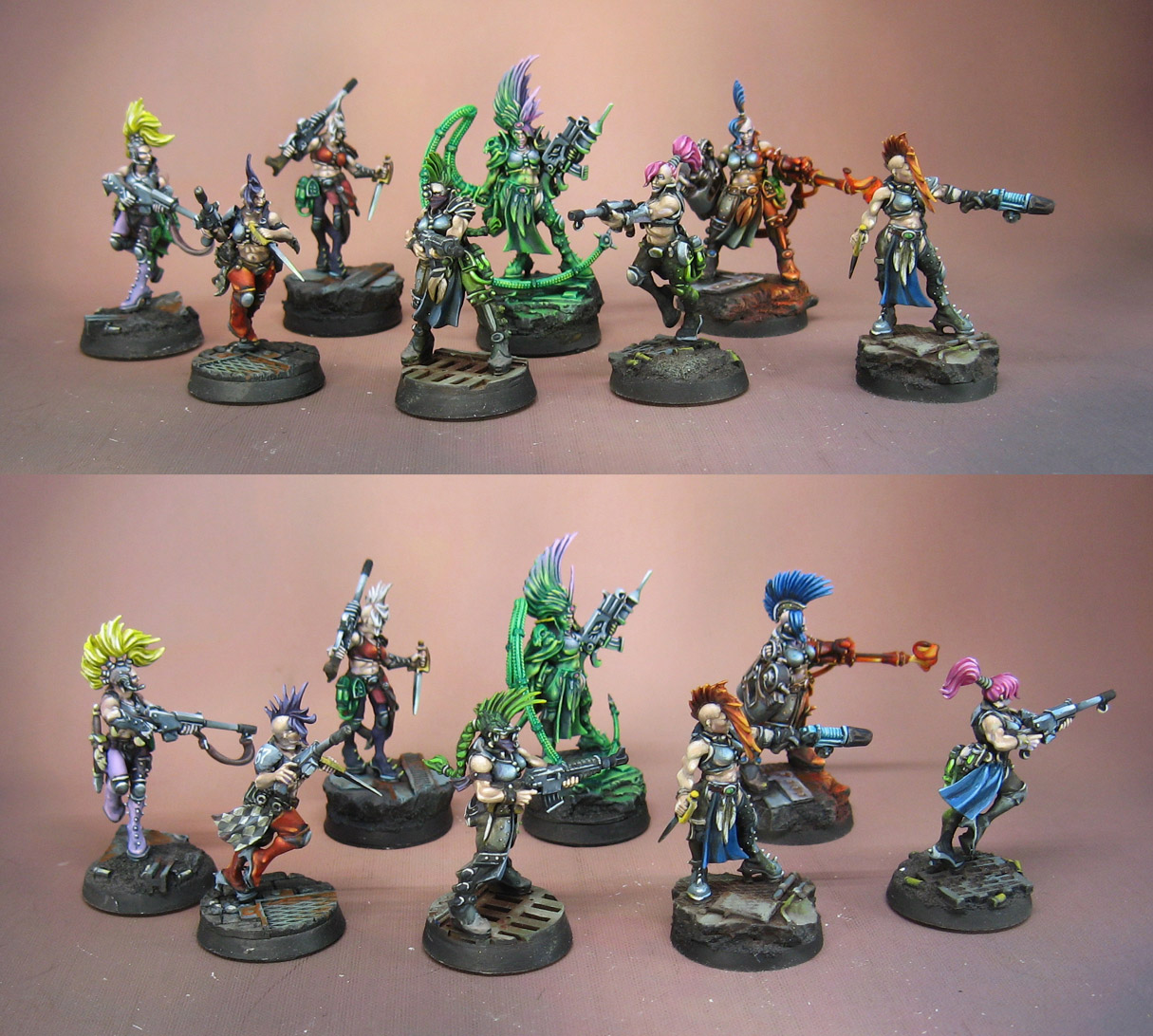 Here's another look at the facebook live session which shows the beginning of the process: 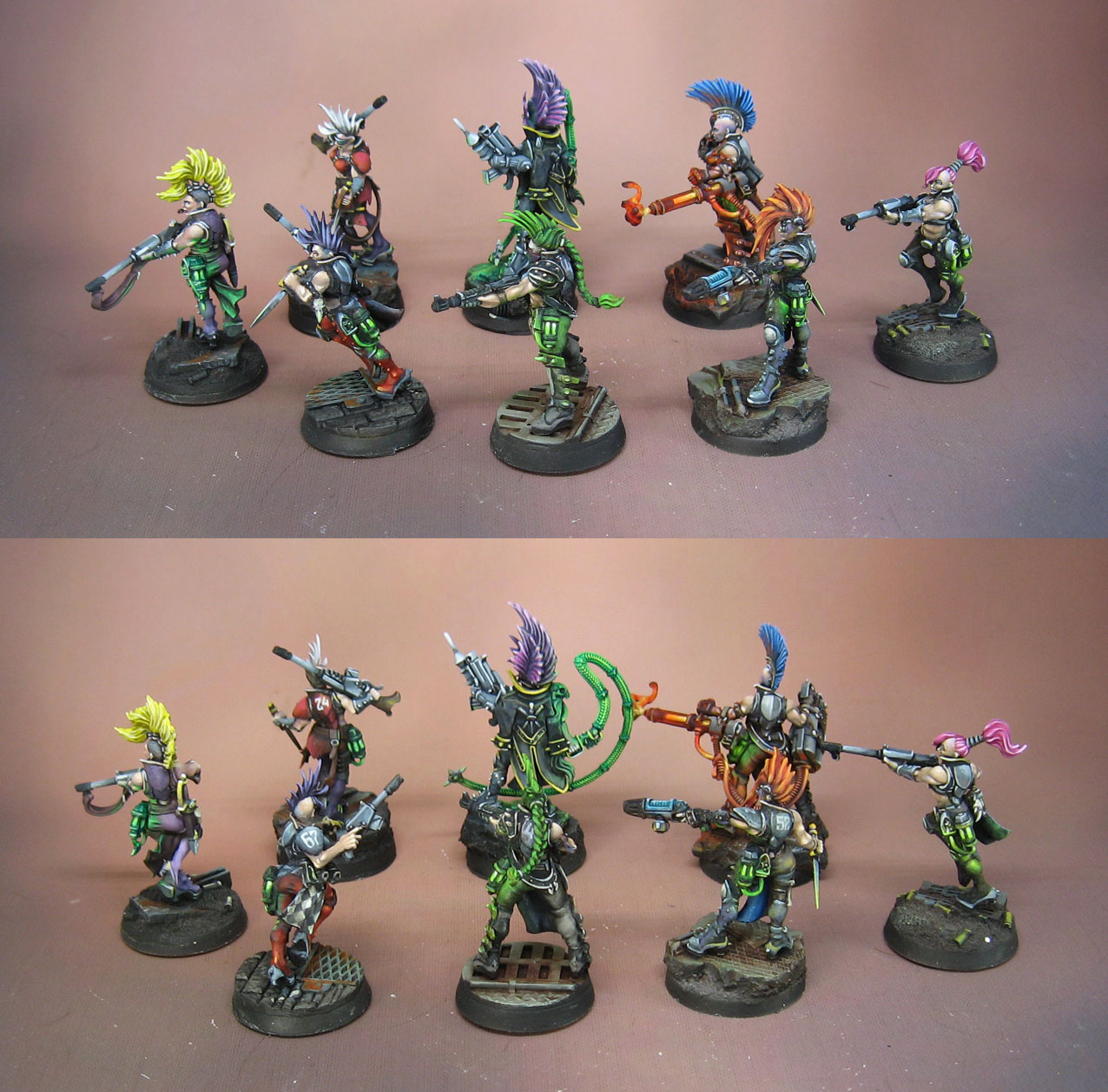 I have been prepping some more 40k figures that I will try out in oils as well.  These will be turned into new Painting Pyramid tutorial videos, done in multiple parts.

I have created some new pledge levels on the Patreon Page to cover this in more detail.  They are referred to as the "Army Painter" levels.  The lower levels give you access to the instructional videos via YouTube links, while the higher levels get you hard copy USB drives with high resolution versions of the edited videos!

There is an ultimate Army Painter level which also gets you the figures themselves...

You can check that out on the page here:

Posted by wappellious at 3:48 PM No comments: