Terrain building at the Wandering Dragon... 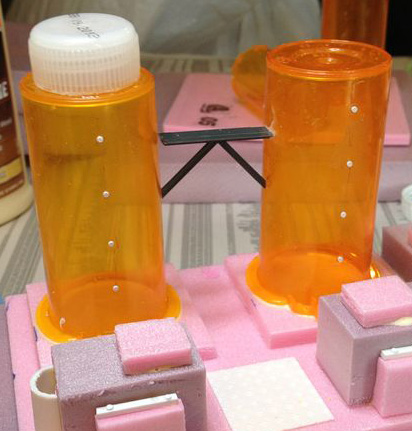 OK!  Now that I am not half dead anymore, I can finally get around to this post on the terrain I was building at the Wandering Dragon Shoppe on Saturday!

Kevin was kind enough to save me a spot, and some used pill jars, so that I could construct some steampunk terrain pieces for his Warmachine game boards!!

Here I am getting everything set up... 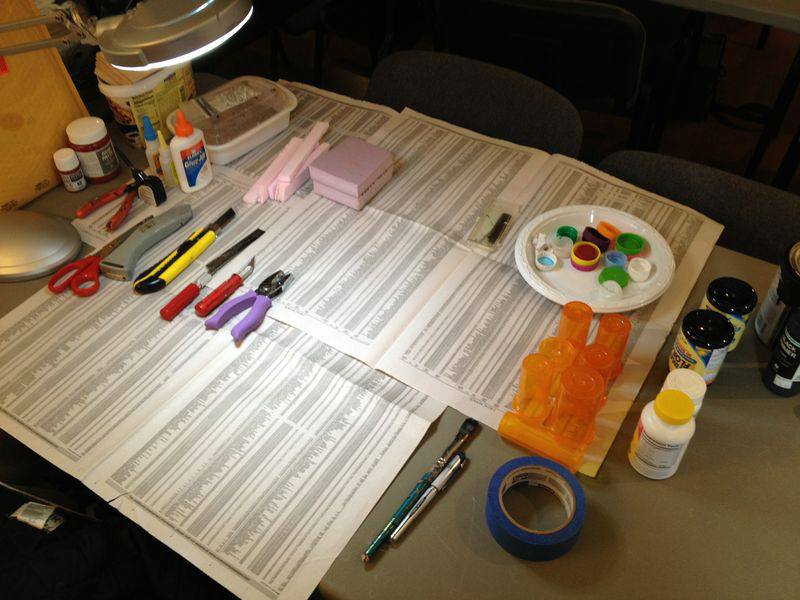 Some textured plasticard with the metal grating on it... 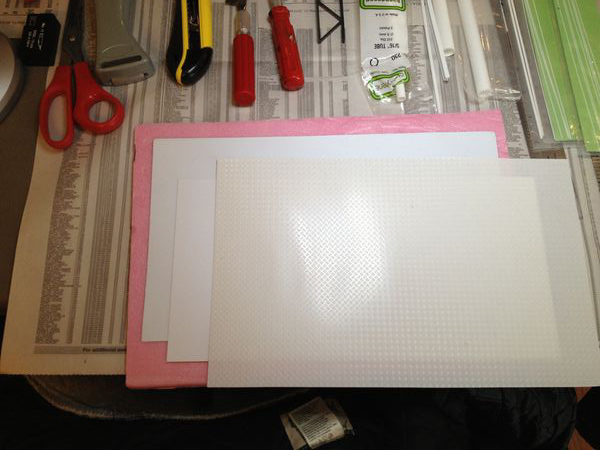 And lots of polystyrene tubing! 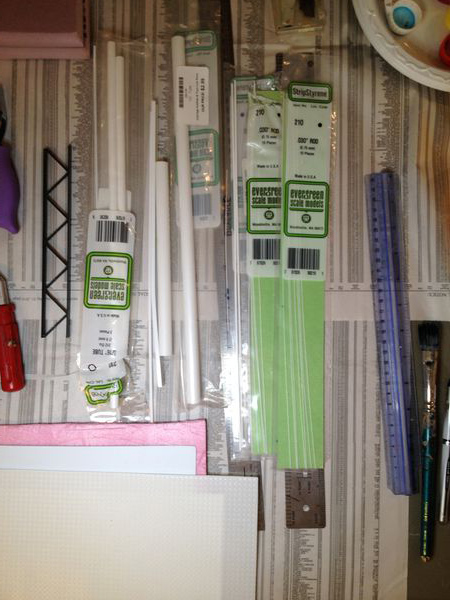 I started out by cutting some square and rectangular pieces of foam as a base. 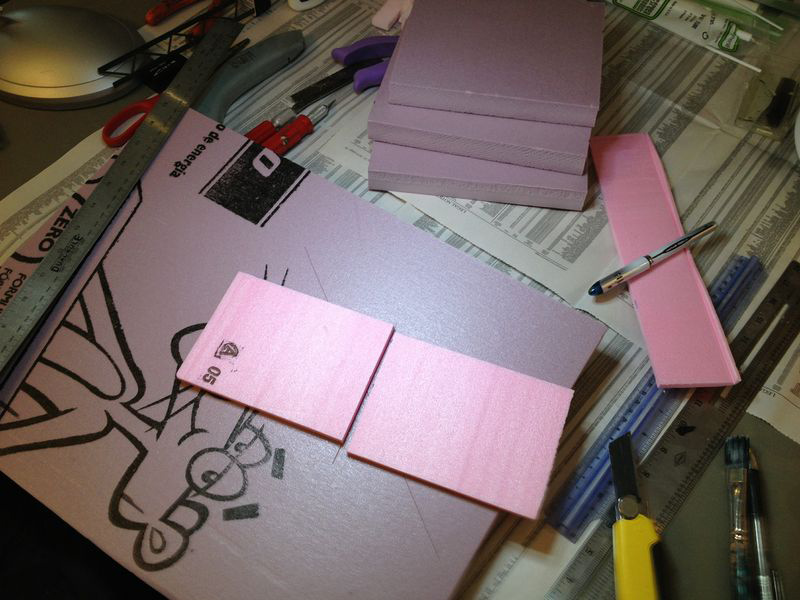 And then started to position some of the pill containers after I sawed off the threads. 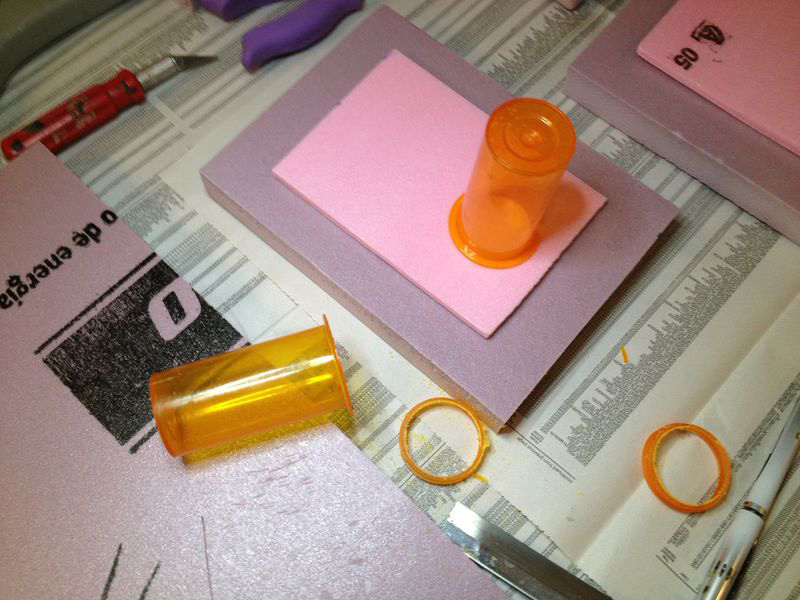 I cut numerous small bits of foam, which will look more like control stations or coal bunkers when painted. 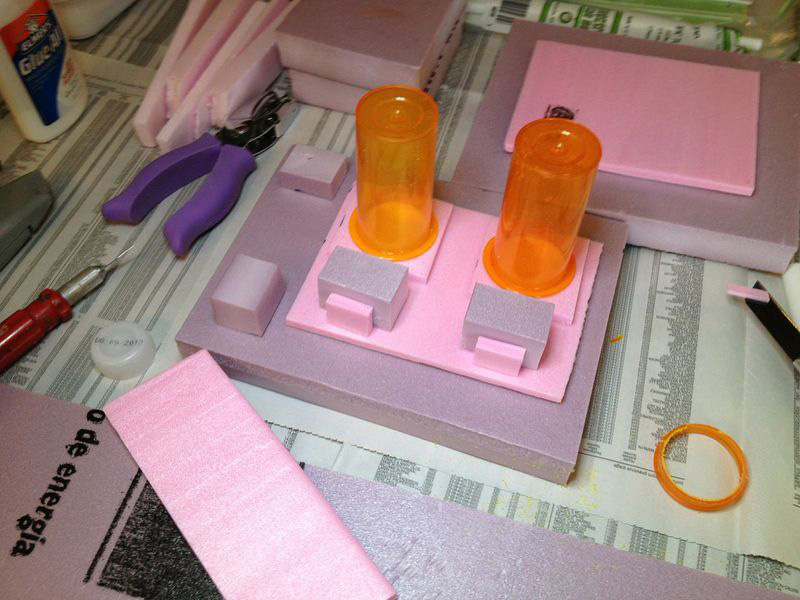 I added some bits of polystyrene tubing here and there, along with more foam details, such as the steps. 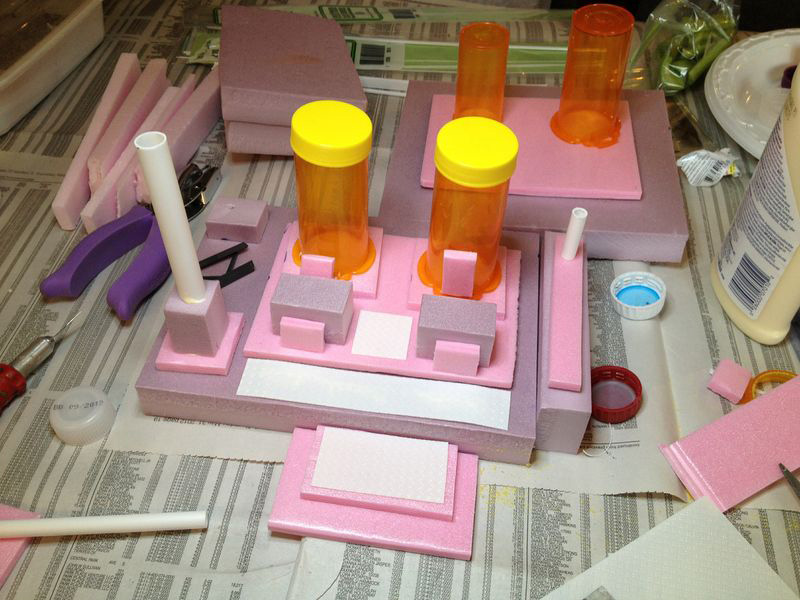 You can see this piece beginning to take shape... 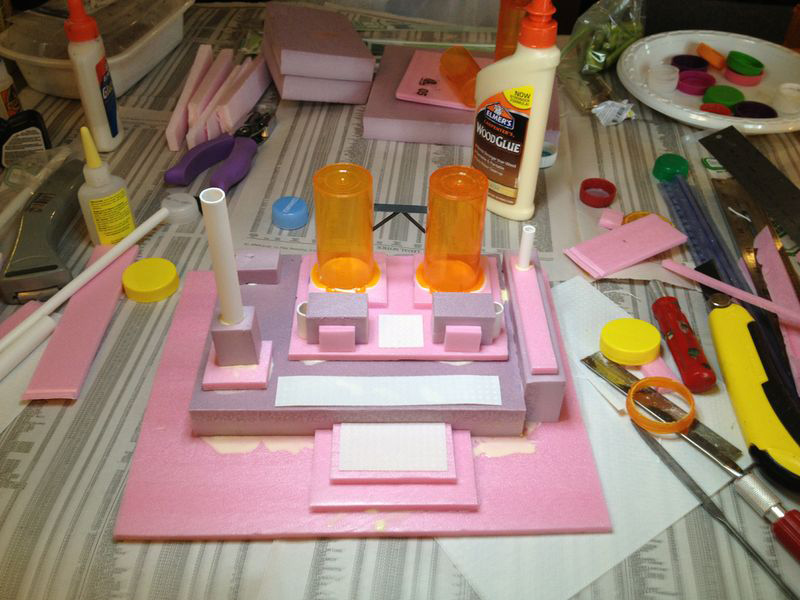 Now for the all important, and by far most tedious part.  Making the rivets!  This tool is more of an archivist hole punch, which is great for making lots of rivets.  Getting them out of the punch can be a bit of a pain, as static charges make them want to stick to the punch. 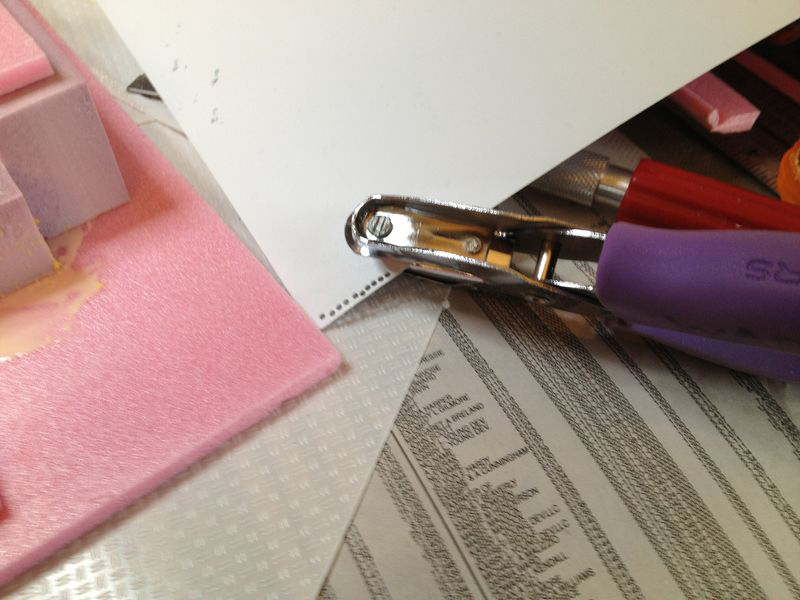 I fished them out, and then put them in a container.  I got out a new, very sharp exacto blade, which I will use to handle them. 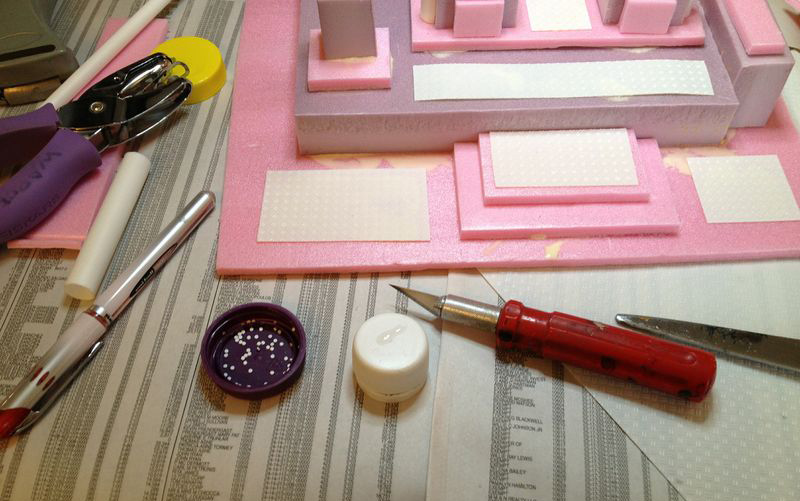 Each rivet it picked up with the blade, dipped in a spot of glue, and then painstakingly positioned on the terrain piece, one by one.  As I mentioned, this is the most tedious bit!!! 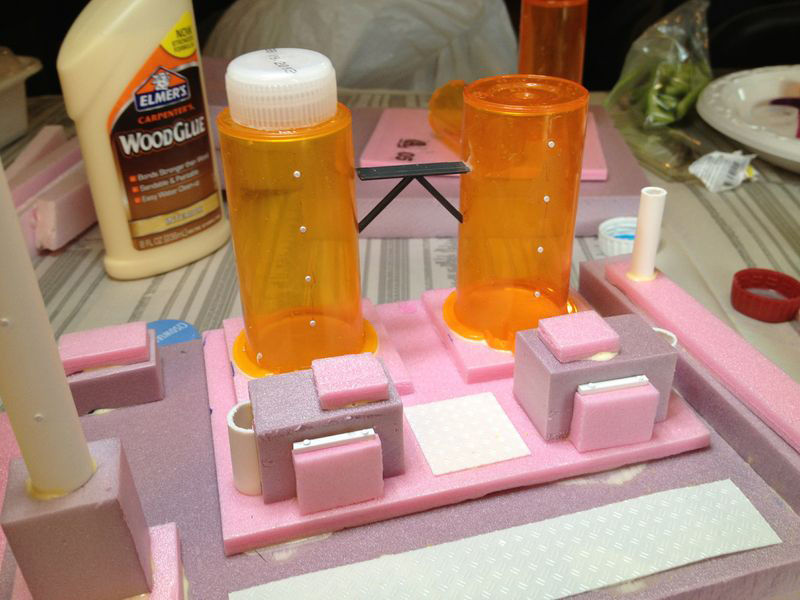 Here you can see some other pieces that I was also working on, using some other types of containers... 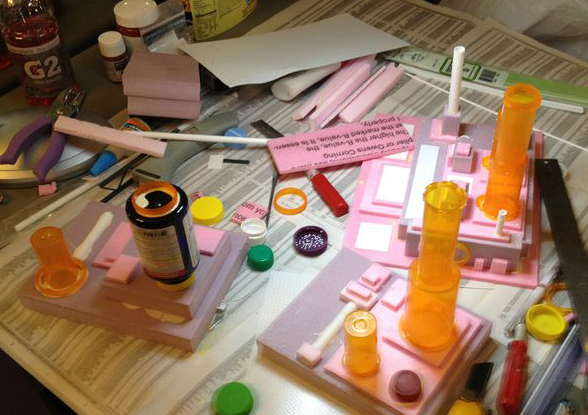 More bits, more rivets.  Once these are painted and weathered, it will be a real transformation! 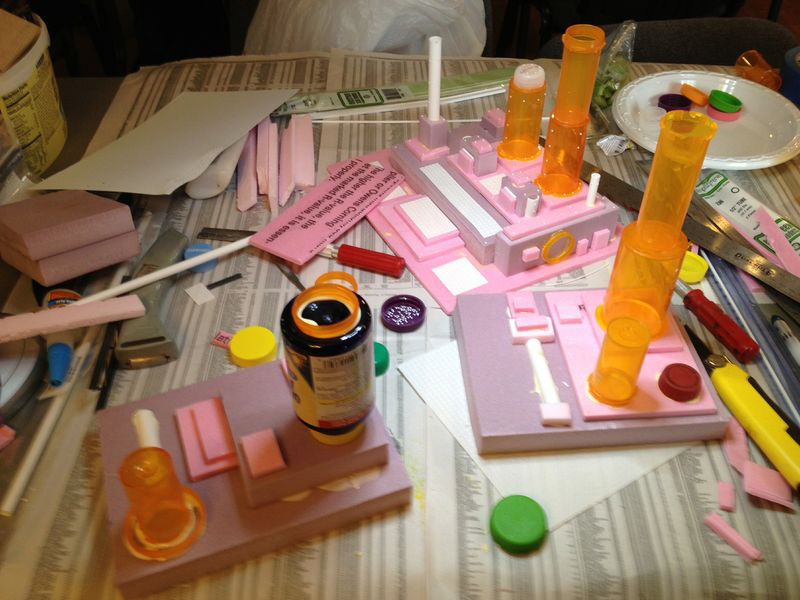 I tried to leave some places where the figures could actually get on top of the terrain, using it as cover or for a dramatic fight scene! 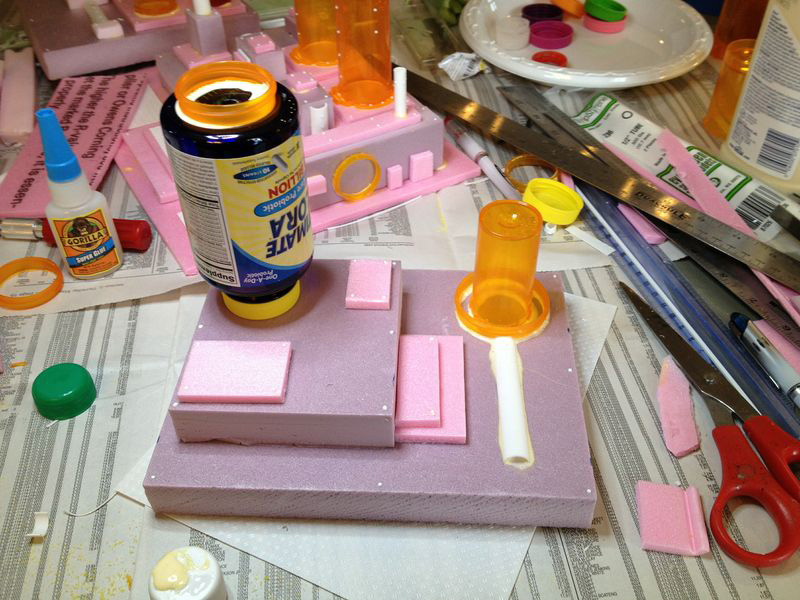 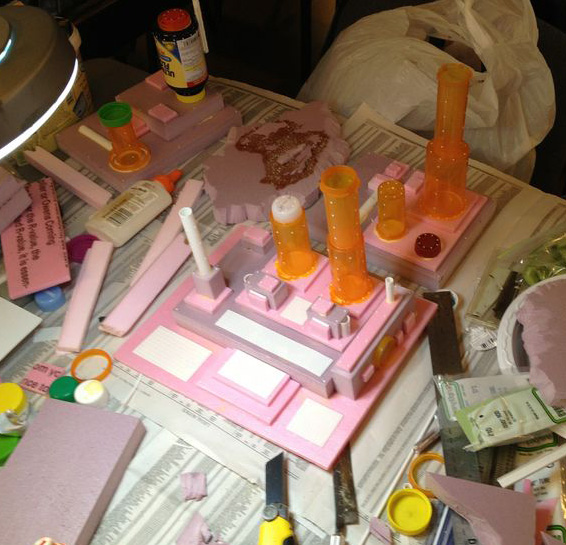 I made a few more pieces while we were there, which I will show in another post. 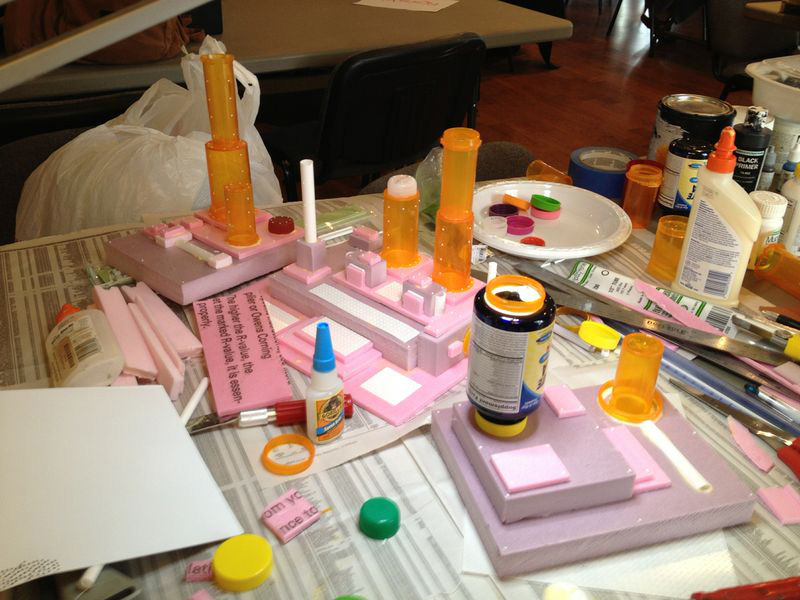 It was really hopping at the Wandering Dragon, as usual! 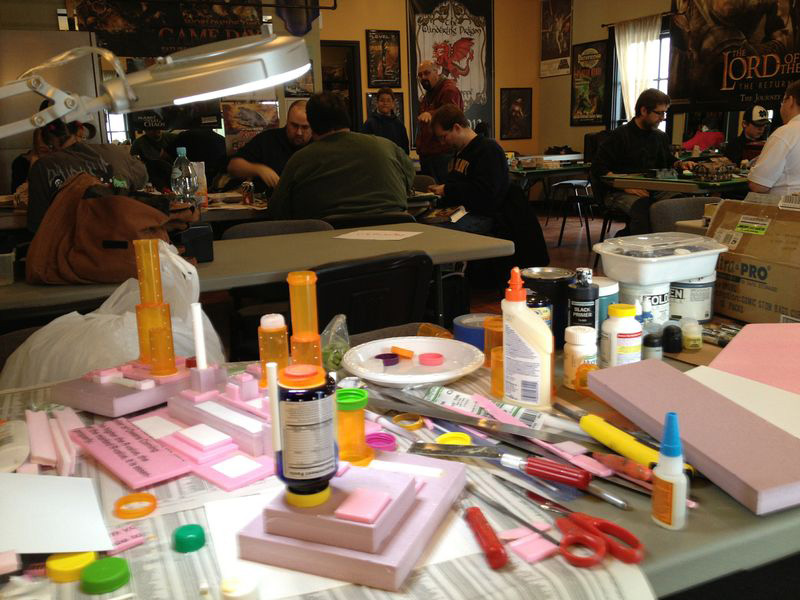 Lots of stuff going on, and lots of people having fun, with Malifeaux, RPG's card and board games, you name it! 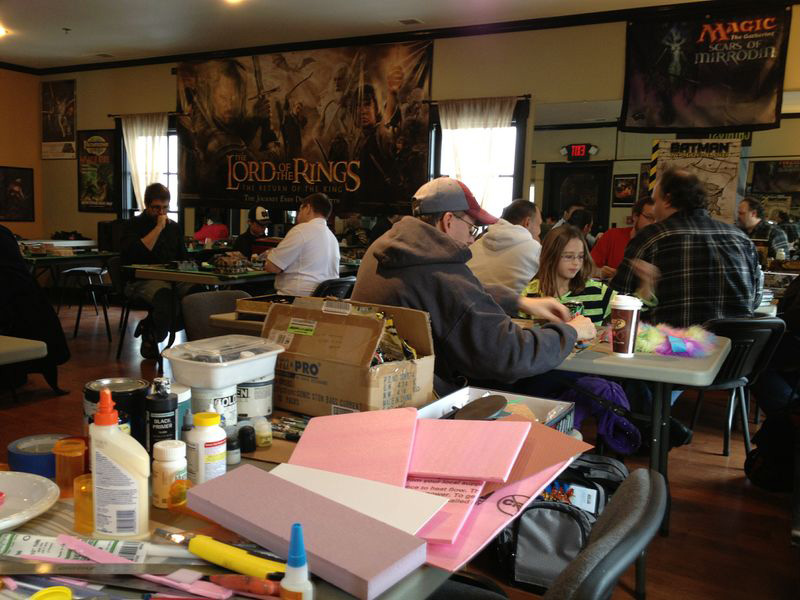 Well, it's getting to be crunch time for the Painting Pyramid!!  Just 3 days remain!