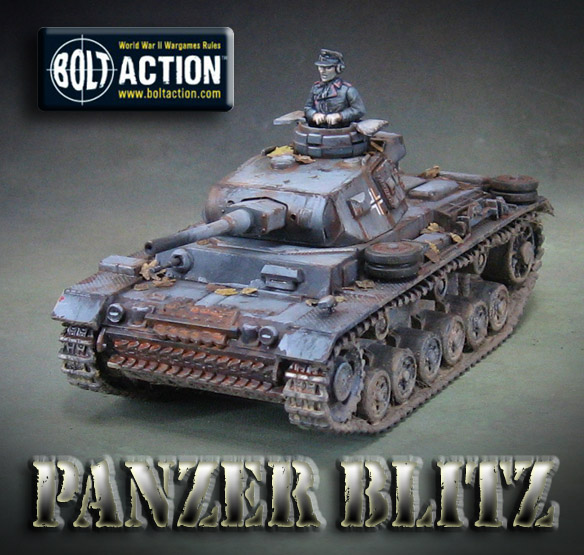 Here's the finished images of the Panzer 3, which was started during the last facebook live painting session.  As with the StuG 3D, I began with "primer painting" using the Badger Stynlrez primers.  This was followed be glazes and layers of Secret Weapon weathering paints, and then final effects with a variety of Mig AMMO products.

Since these larger Panzer vehicles will be used in the Barbarossa campaigns more than France '40, I wanted to have a decent amount of mud and dust to reflect the inadequate roads and other features that the advance Eastward faced.

I was fortunate enough to have a few early war decals left from the StuG kit for this vehicle.  It is ironic that I have many pages of mid to late war sheets that I have not gotten to use!  Eventually I will be doing those sorts of vehicles, and I will at last get to use them.

This is a very basic Panzer 3, which is supposed to reflect the rather inadequate armaments and armor protection that tankers faced in the march East.  However, it has already shown itself to be very valuable in other early war battles.

I also used the Green Stuff World leaf cutters to make my usual patterns of leaves on the upper hull.  When combined with the dirt effects using the weathering powders, this gives the upper surfaces more dimension that seems to be concentrated more on the tracks with more vehicles.

It can be very tempting to have all kinds of texture on those lower areas, and leave the upper hull to chipping and rust.  I look forward to adding these foliage and dirt effects, especially given how leaves and debris accumulate on our wiper blades here in a peaceful urban environment!

A little peek at both vehicles.  Soon I will try to post some group shots with the rest of the tanks, trucks and so on. 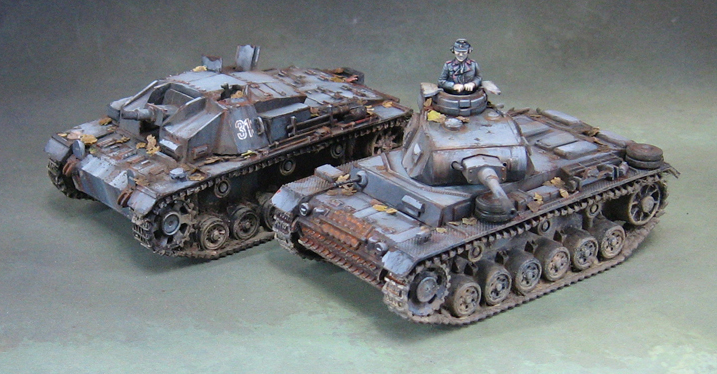