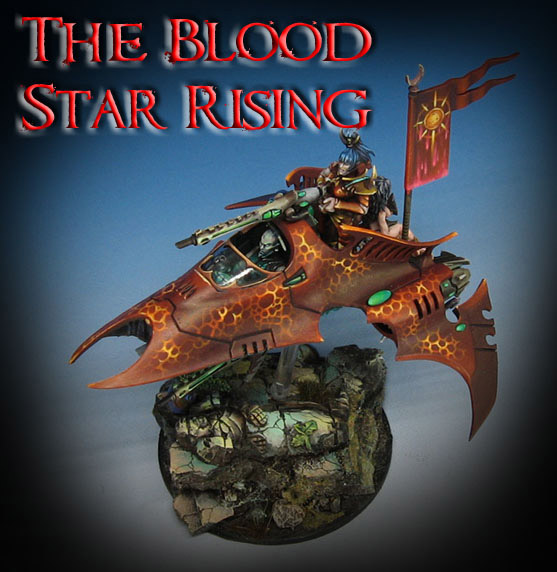 I painted a number of Venoms for the Dark Eldar army, continuing all the same freehand pattern along the way.

This one also included a banner, which I had also done on one of the Reaver jetbikes.  Not only was it fun to paint, but it also helped to make each vehicle unique! 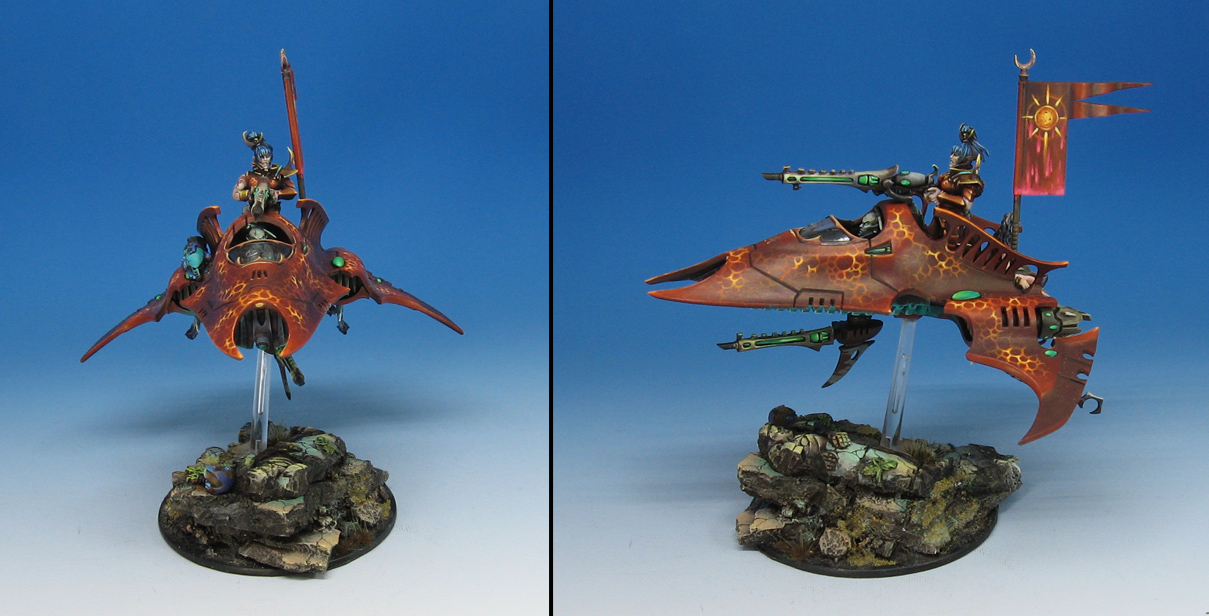 Here's the other side of the banner... 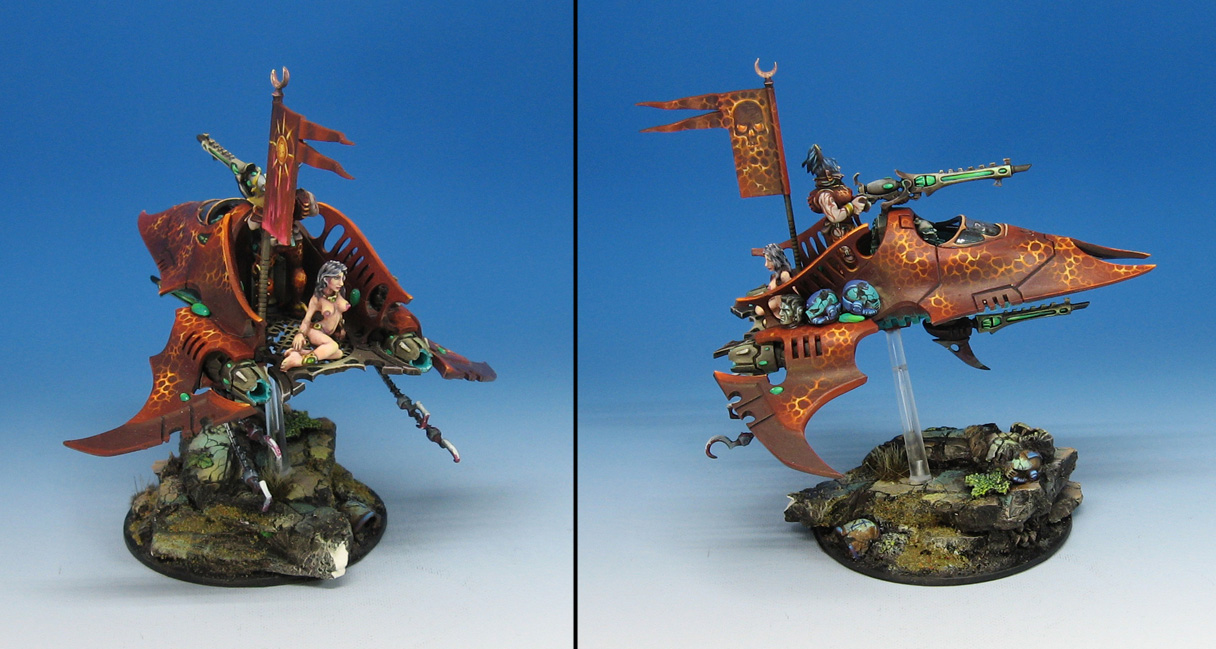 The base was made from baked sculpey, and as usual, it served as a great counter weight to the Venom. 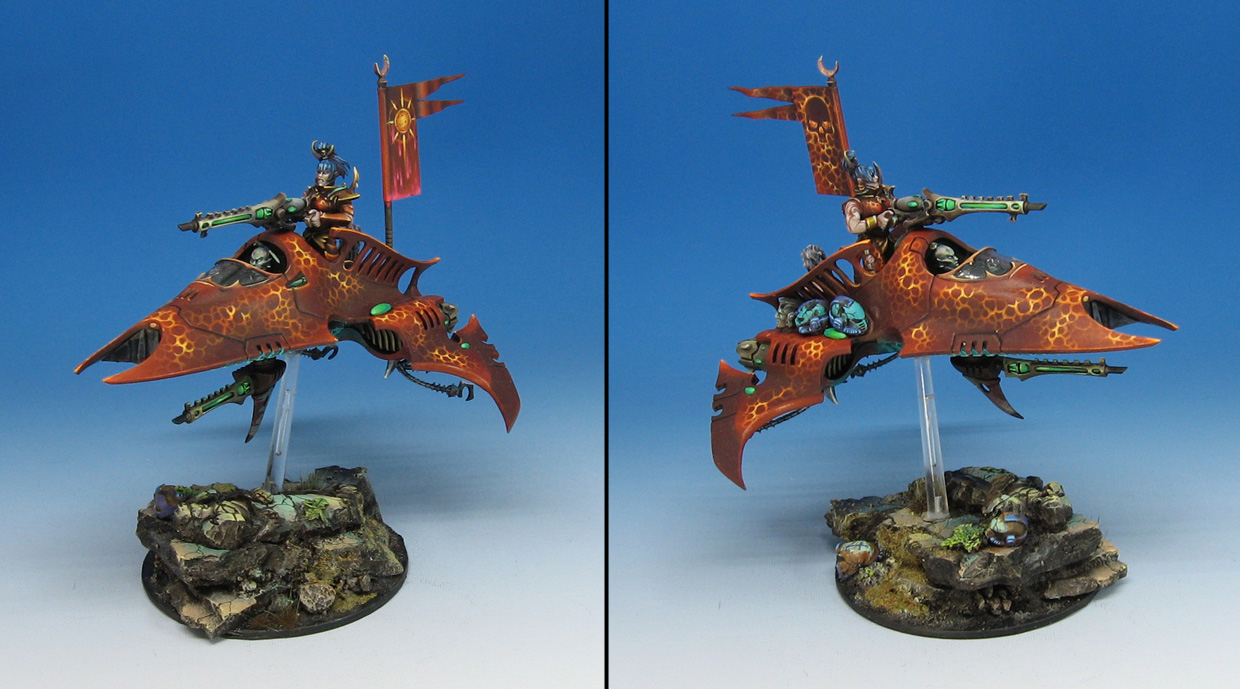 These views give you a better look at the base and the hull freehand pattern. 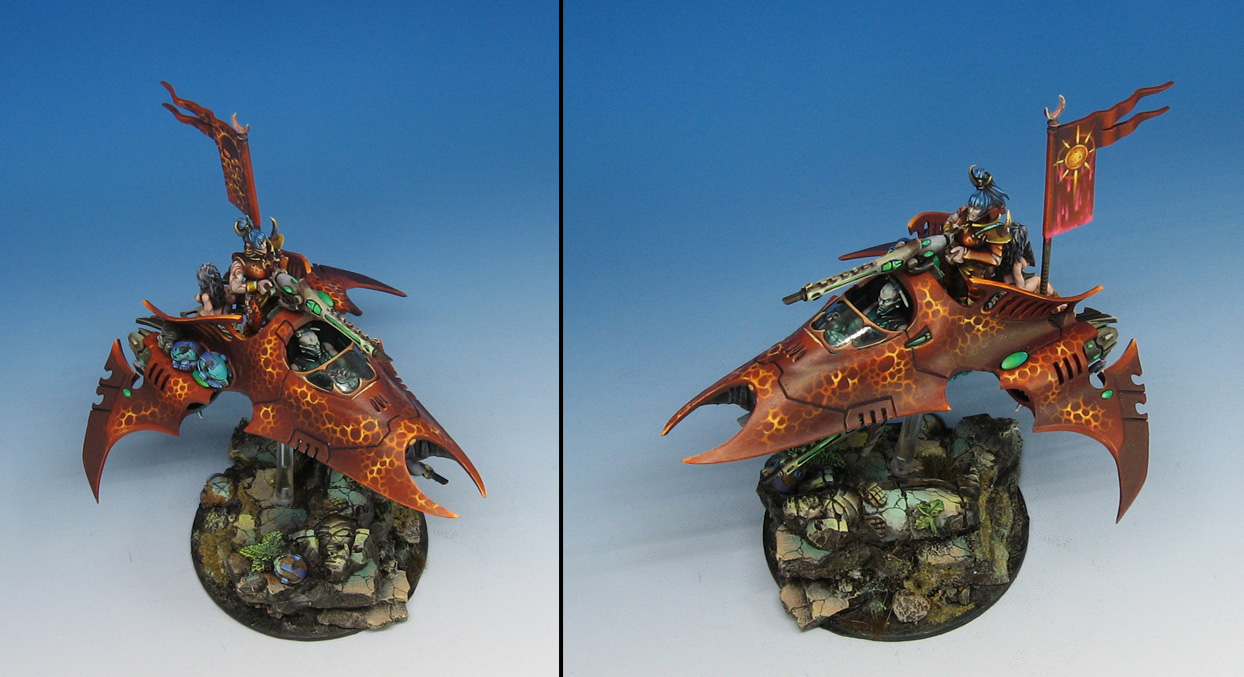 A Bronze Age slave girl figure was added to emphasize the torturous nature of the Dark Eldar. 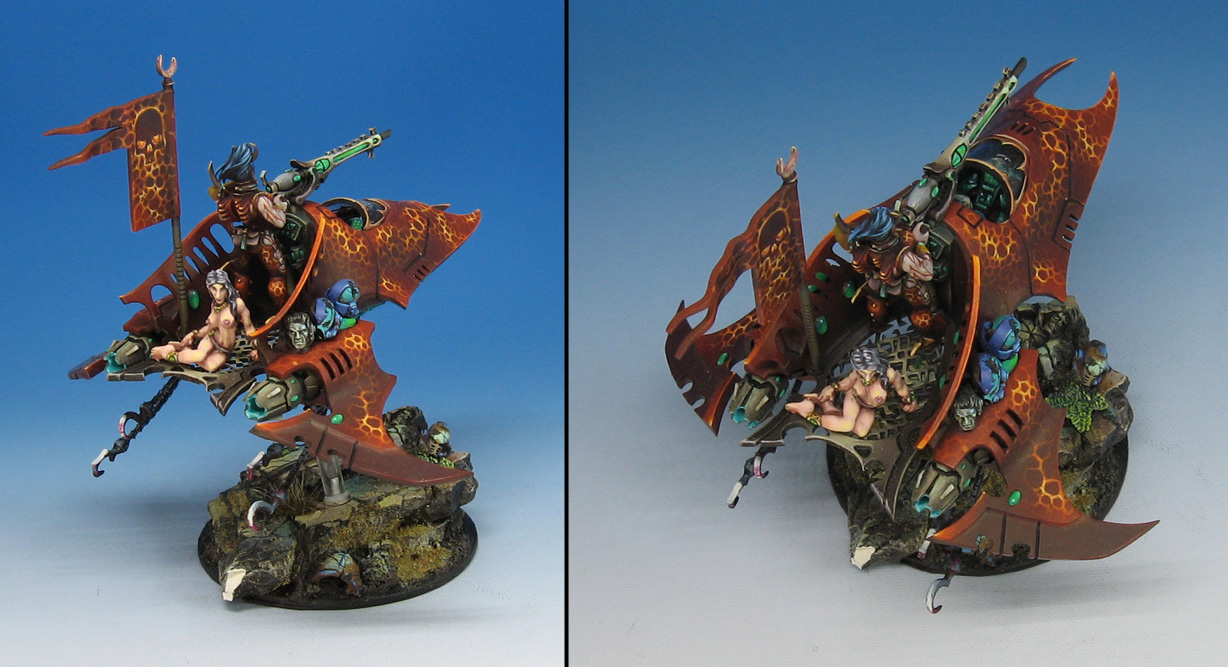 This is not all folks, since more vehicles are coming! 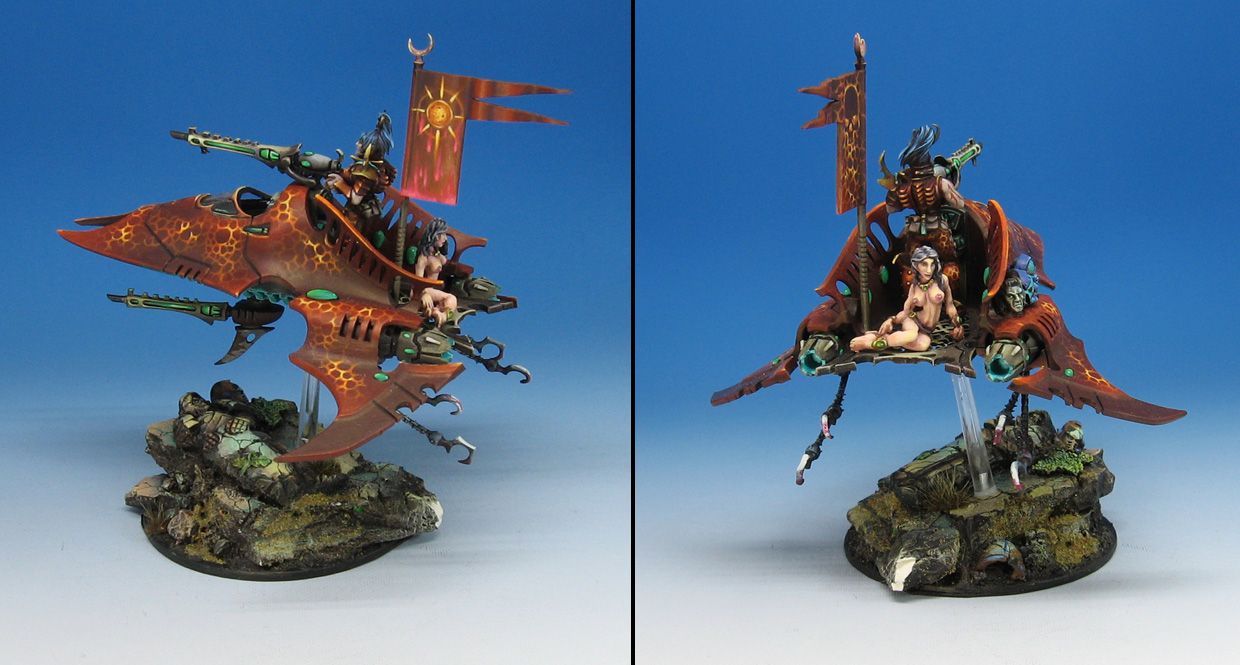 Posted by wappellious at 2:41 PM 2 comments: 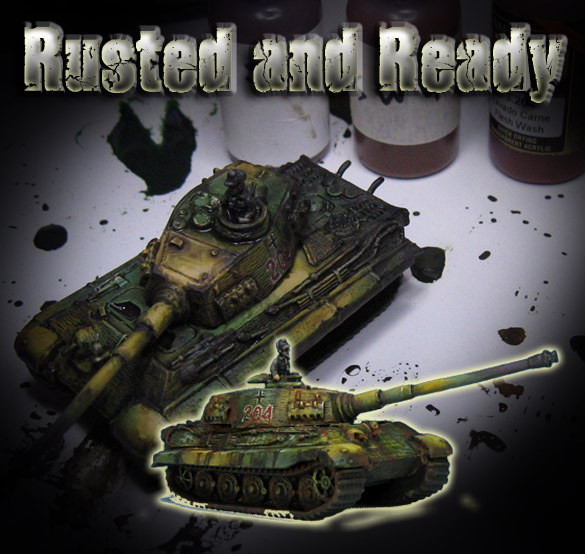 With the glazing and tinting complete, it's time to work back into those middle tones, and put a touch of weathering as well. 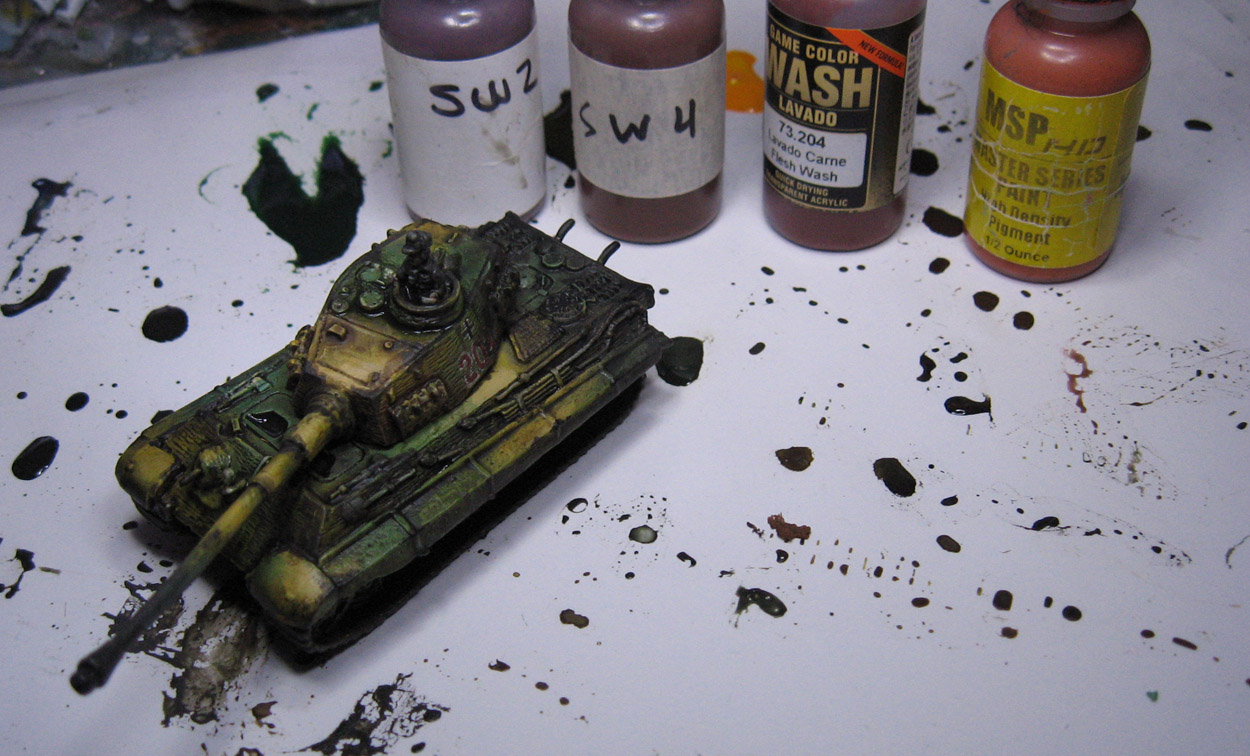 I like to take the new Secret Weapon Rust color and mix that with the Vallejo Flesh Shade wash.  This has a natural "sedimentation" effect that is perfect for rust effects, as that sinks down into the crevices. 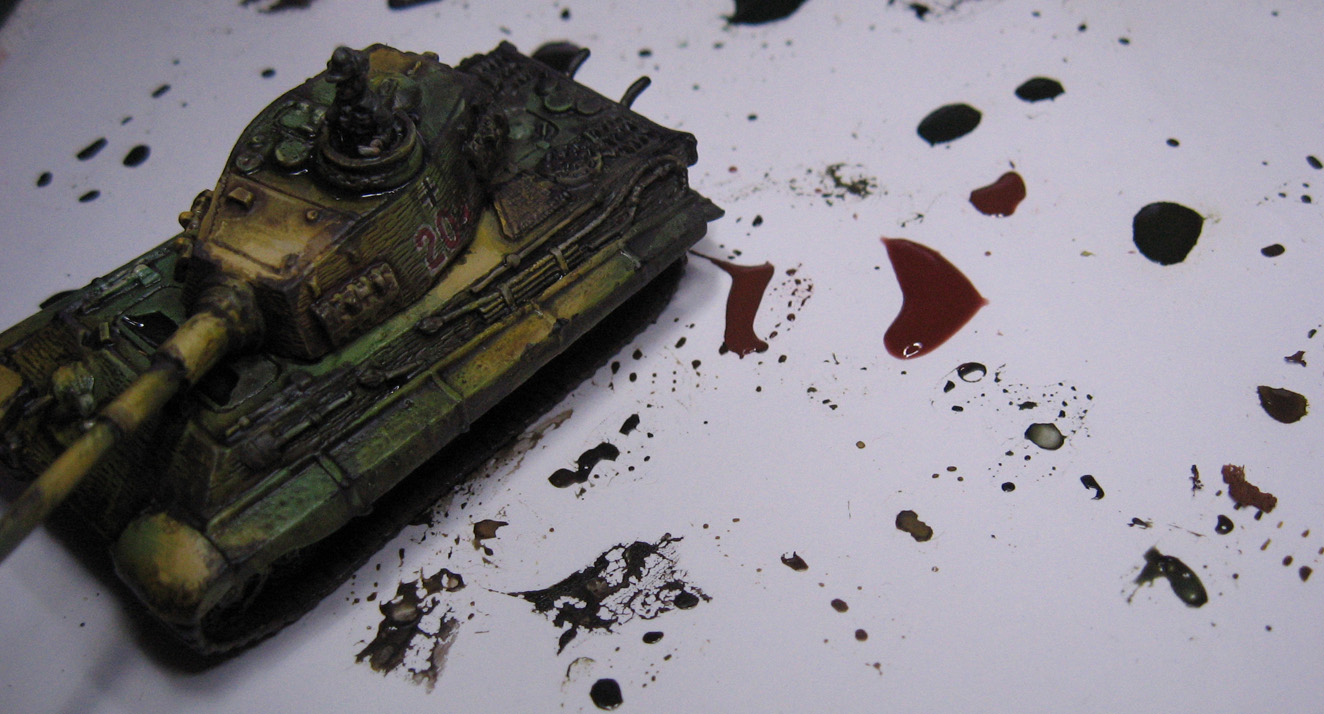 To take advantage of this property, I focused my attention on areas where I felt that rain water or such things would tend to accumulate. 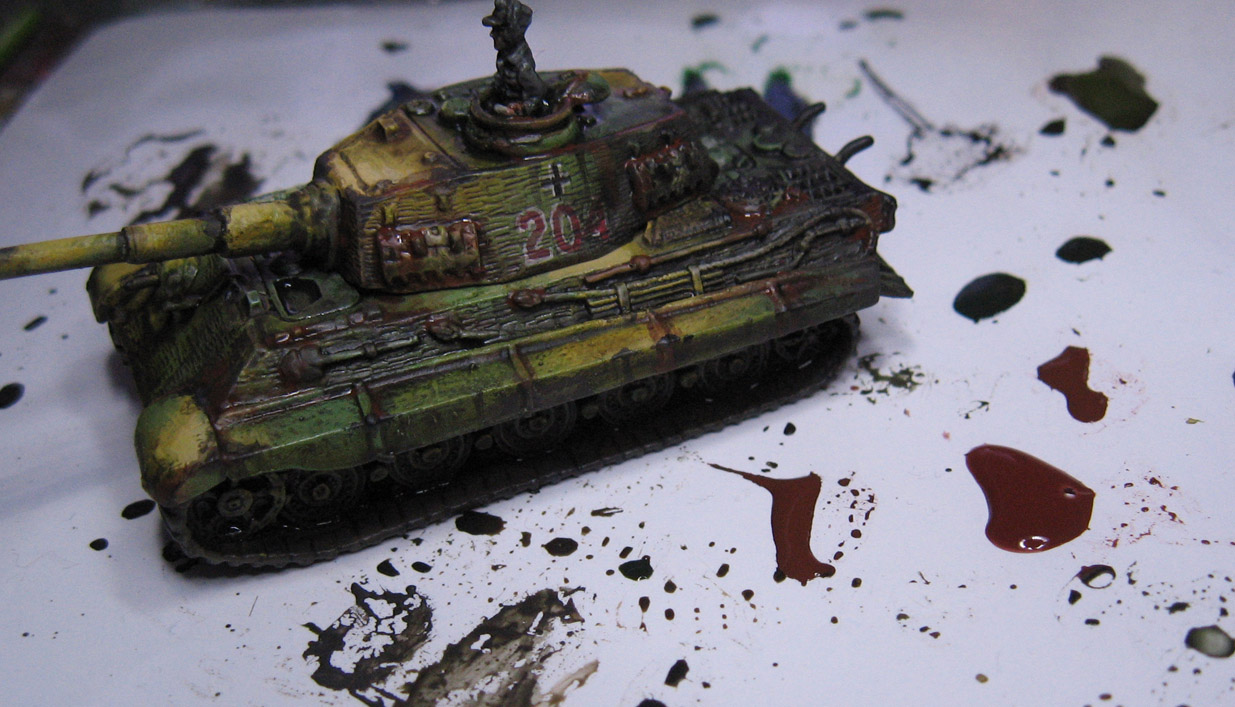 I also tried to get this mixture into joints between panels, and as rust streaks down the sides of the armor. 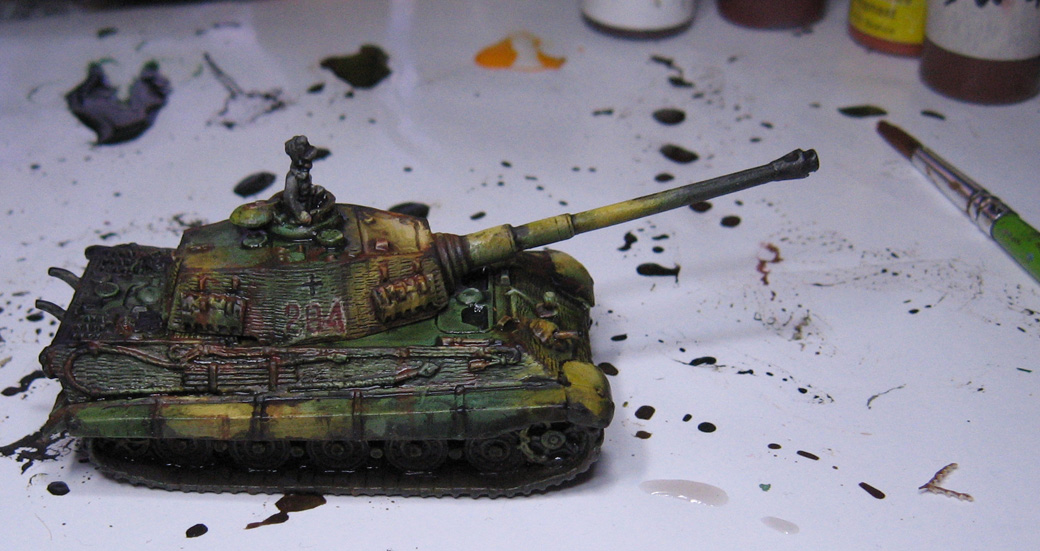 At the same time, I was taking some lighter shades of green and yellow to lighten certain parts of the camo pattern.  Not only would this create a better sense of shape and shading, it would make it easier to show off streaks and paint chips.

So, I attempted to concentrate these areas of lightest light colors in strategic places where I wanted to feature streaks and chipping.  There are usually obvious places on every vehicle where you would want to do this.

This image might show that effort more clearly, as you contrast how the green looks in this image as opposed to the previous picture. 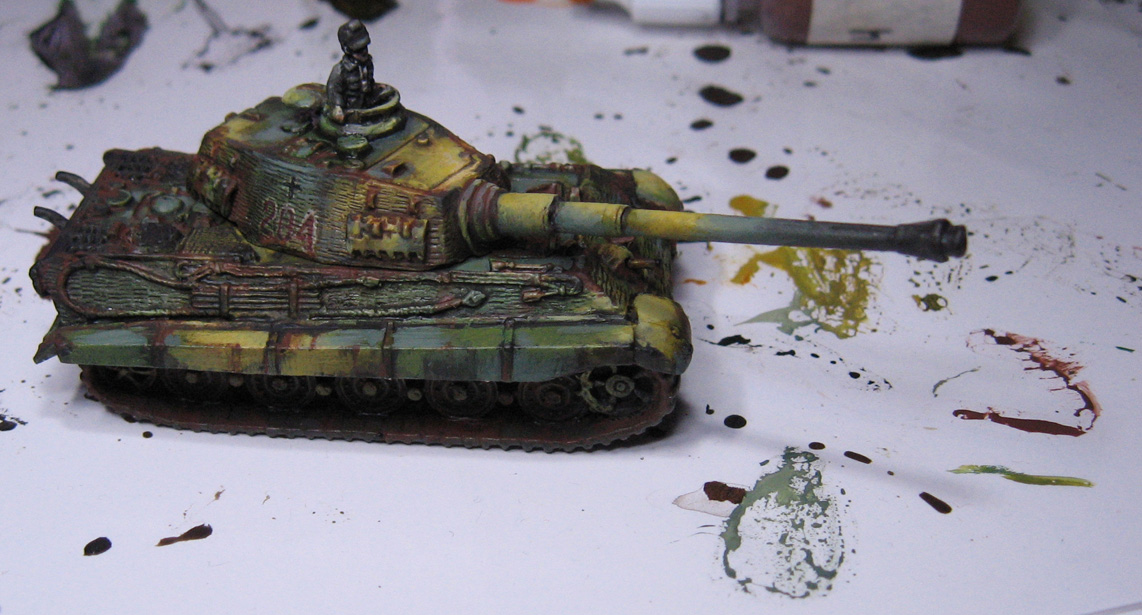 And you can see how the rust and streaking can stand out much more.  That's important on something which is such a tiny scale.  Were this a 28mm scale vehicle, I might not have to push the extremes of contrast quite as much. 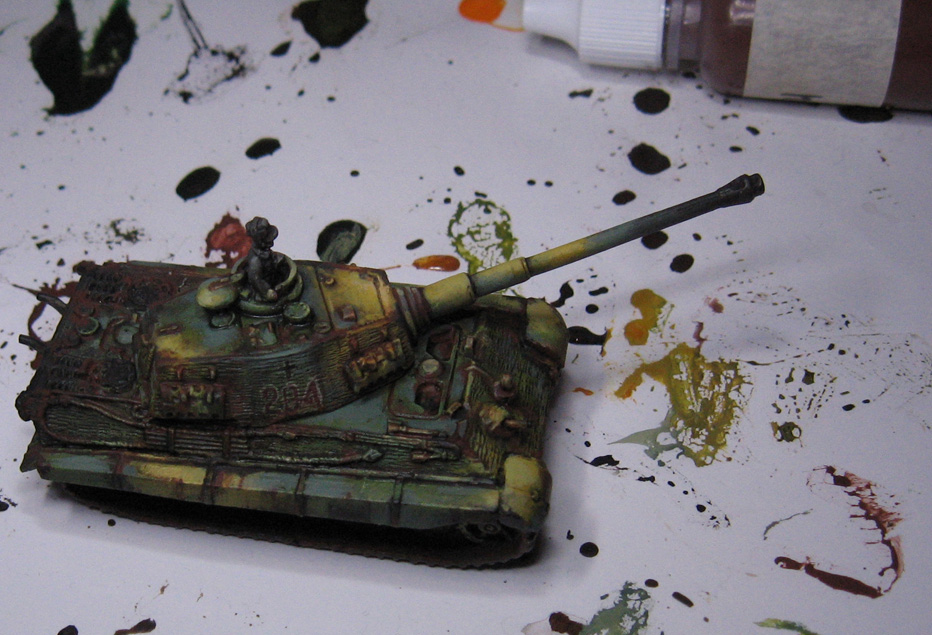 To enhance something like this vehicle, placing some kind of foliage on the upper surfaces of the hull and turret could truly make it seem real.  I will be adding such effects on future projects.

And now for a sneak peek at the finished results.  I will do a few posts on the finished images  as well as some comparison shots with a few other French early war tanks.