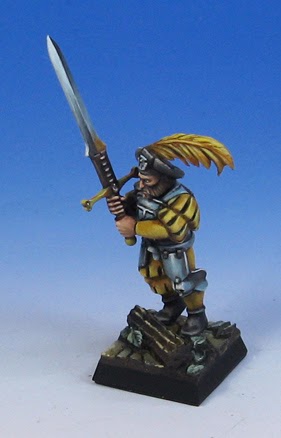 Back to the chromy guys! 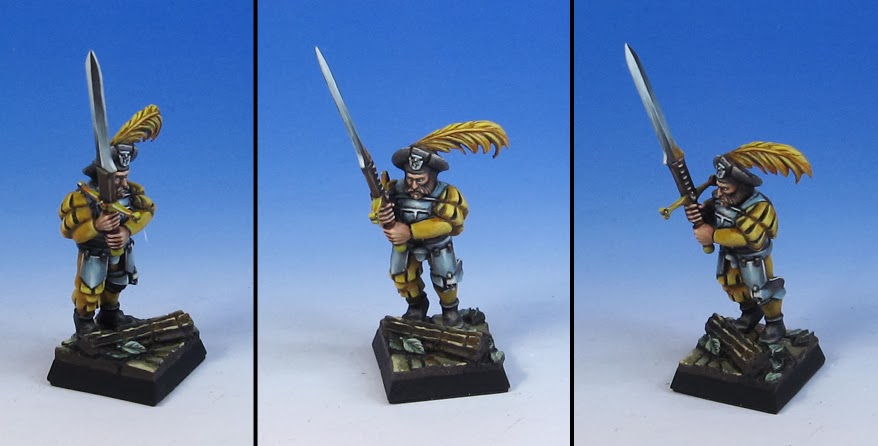 Like I said, these will start coming in fast and furious... 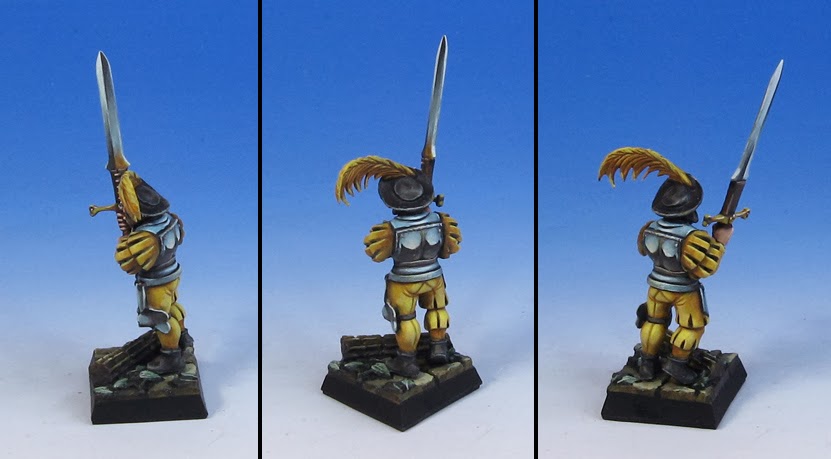 Trying to finish up the movement tray this week as well. 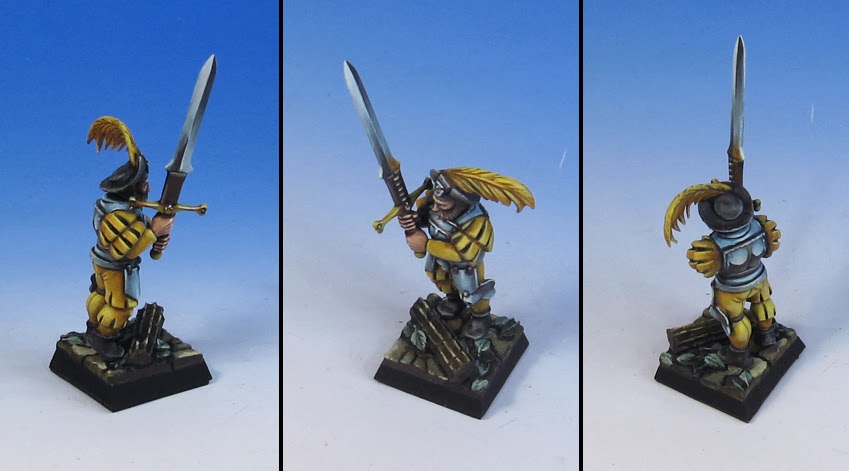 Posted by wappellious at 2:22 PM No comments: 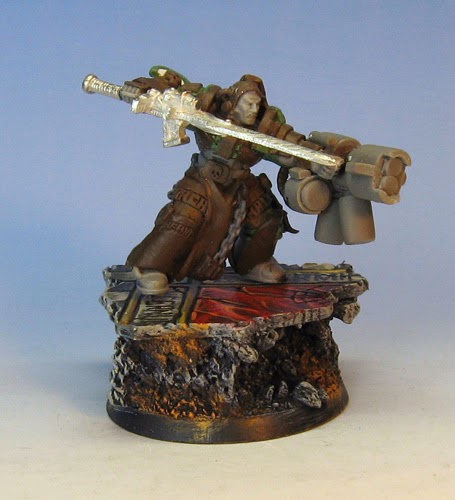 Here's a conversion I did many years ago after I made that first squad of Grey Knight terminators.  I took some generic space marine bodies, chopped them up, extended the legs and arms, and then did a whole lot of sculpting with brown stuff and green stuff.

That original unit won a gold Demon for 40K Squad in 2007.  I made some other specialty characters like this one soon after.  I sculpted the incinerator out of grey extra firm sculpey.  The sword is a very old Grey Knight bit.

I did some other sculpey parts on the back, such as the vents.  You can see the places where green stuff was used to get a finer detail...

Here's what the original WIP images of the squad looked like. 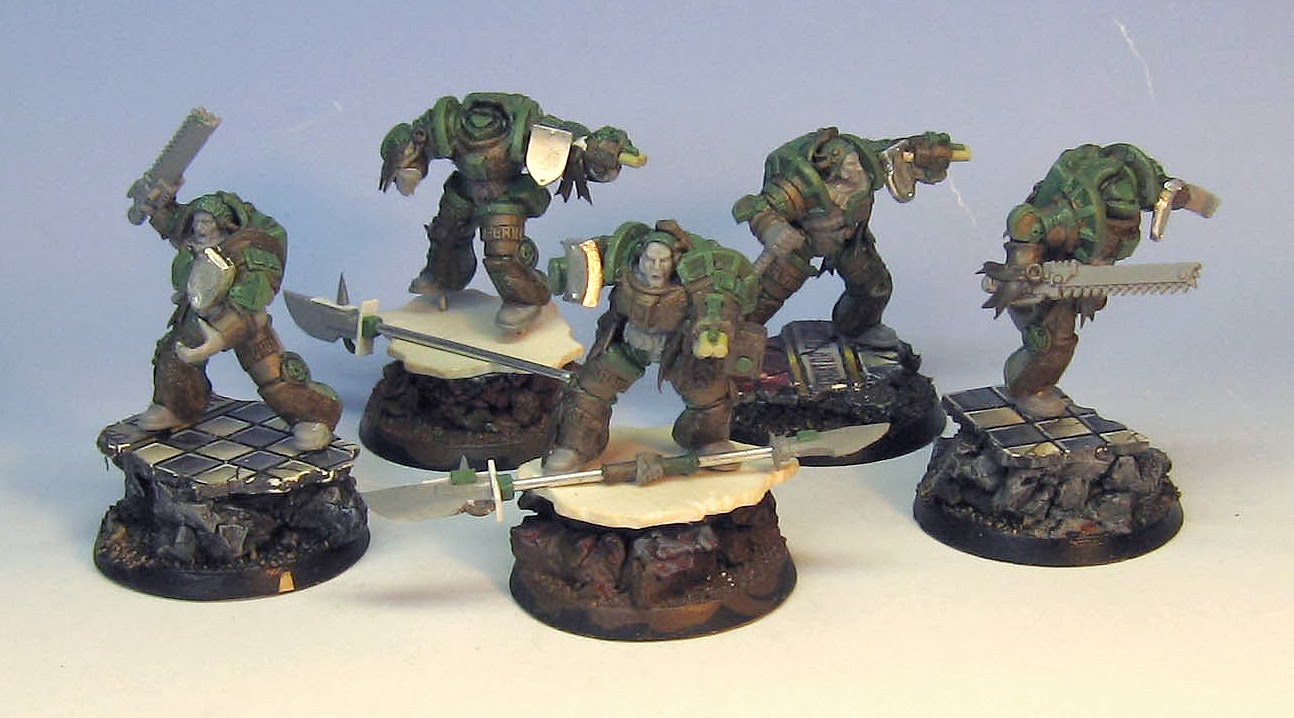 And the finished group! 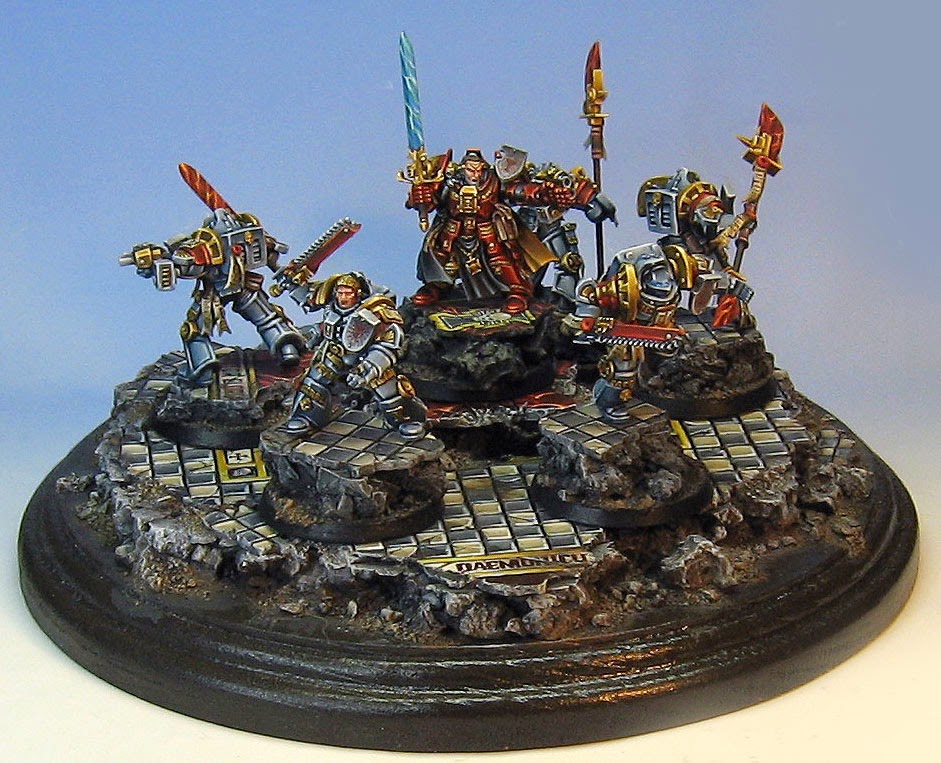 I still miss these guys.  Hopefully I will be able to recreate them one day. 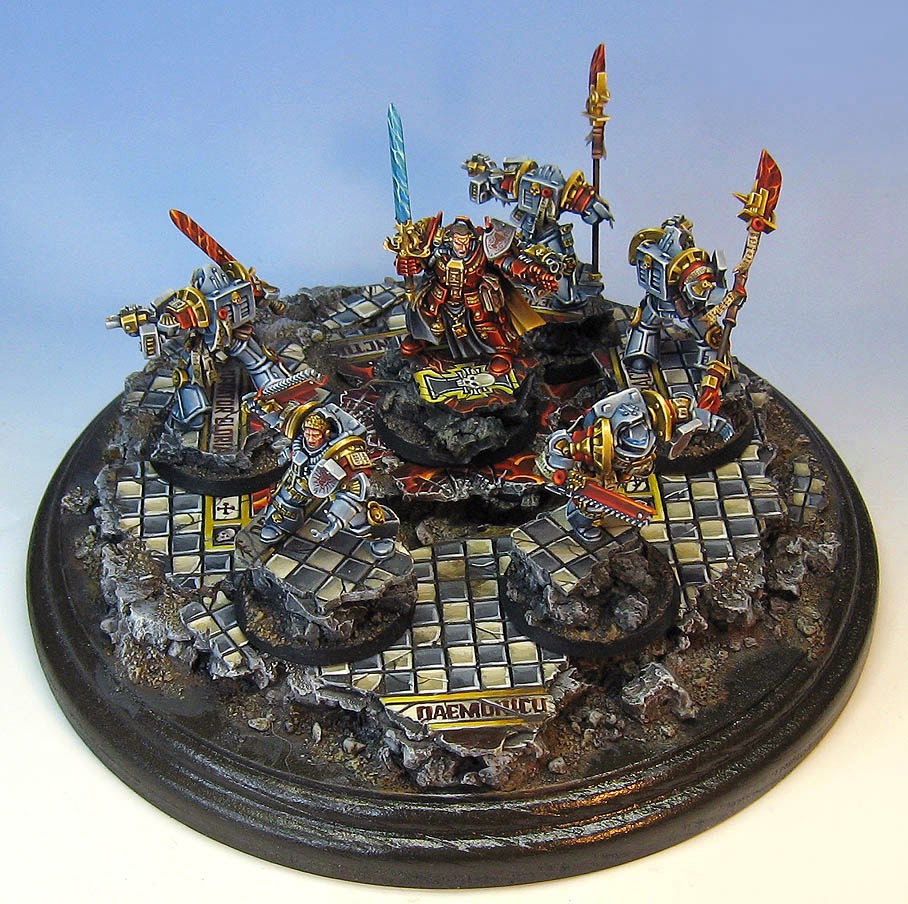 Posted by wappellious at 1:28 AM No comments: