Prey of the Mantis 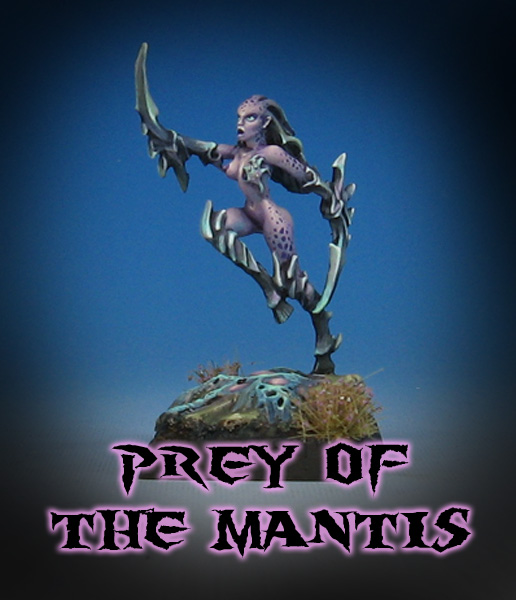 I have but a few of these Raging Heroes ladies remaining from the video project.  Each video took several figures, as I had to see if it would work for the lesson I wanted to teach, could it be finished in less than 88 minutes, color tests, practice figures, opening credits photos, and so on!

These were such fantastic miniatures, I used this as the subject of the Painting Purple/Demonette skin tones as part of the Painting Pyramid series.  This video, and all the other skin color videos are available at Kings Hobbies and Games:

Posted by wappellious at 2:09 PM 7 comments: 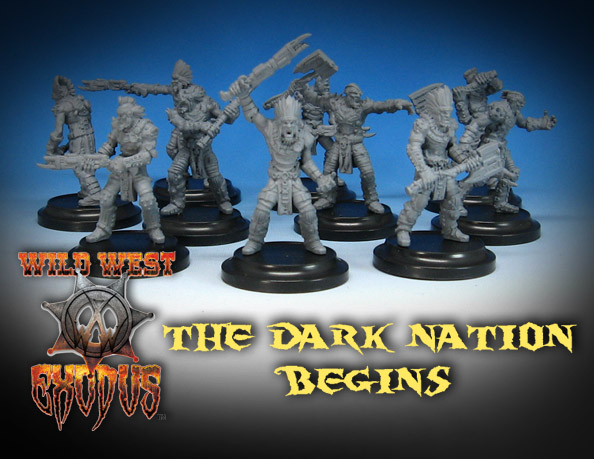 Time for another sprue set from the Unfinished Business kickstarter!

This ten man sprue contains the line troops (hired hands) from the Dark Nation, one of four new factions which will be introduced to the Wild West Exodus list quite soon.

As with all of the ten man hired hands boxes, each pose is completely unique, and the various pieces are carefully marked so that you can identify them.

And, as usual, you have five close combat hired hands, ready to mix it up with their larger combat halos.  The combat halo mechanic makes each game very dramatic, and makes each player have to deal with tough tactical choices.

The long range fill out the rest of the hired hands.

Here are some individual shots... 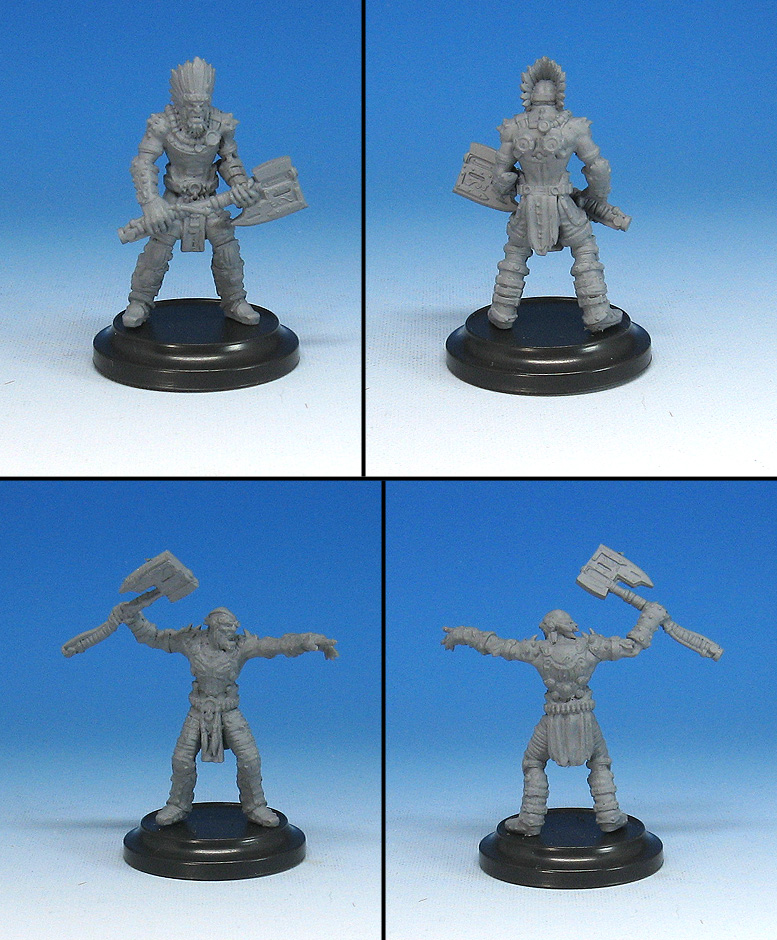 I have not determined how I wanted to base these yet, but I will probably go with a more basic landscape.  Perhaps there will be some burned out building remnants as well! 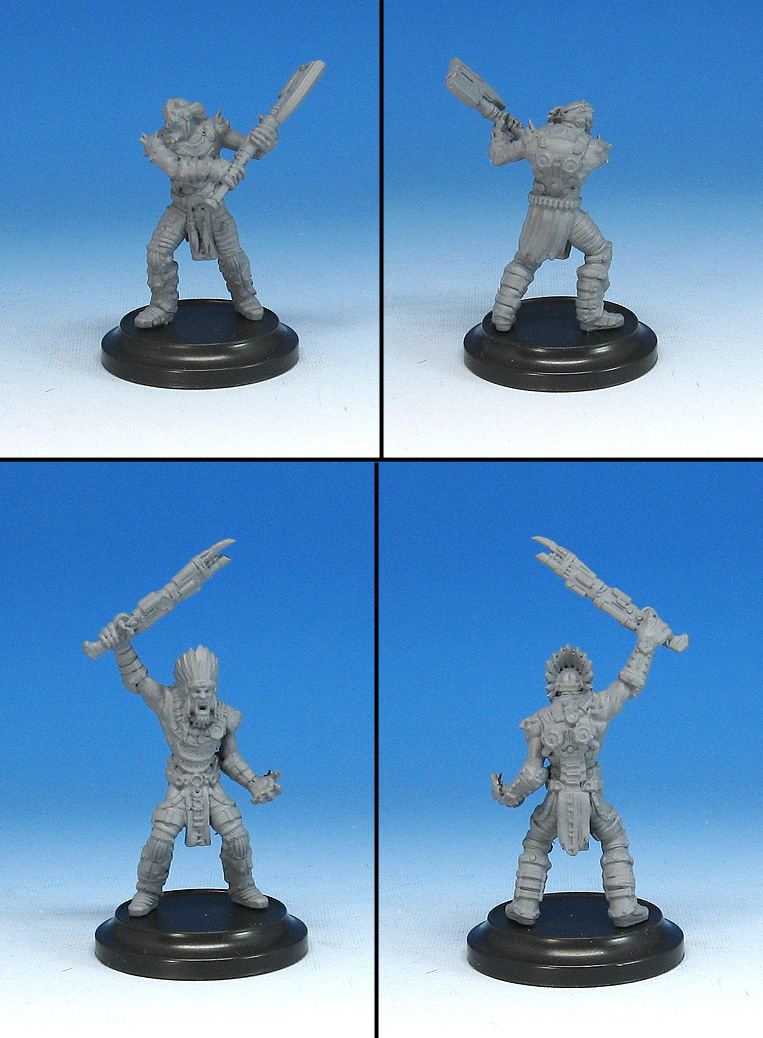 The Dark Nation have broken with the rest of the Free People, and chosen to use the dreaded RJ-1027 weapons.  This influence of the Dark Council has lead to their ultimate corruption. 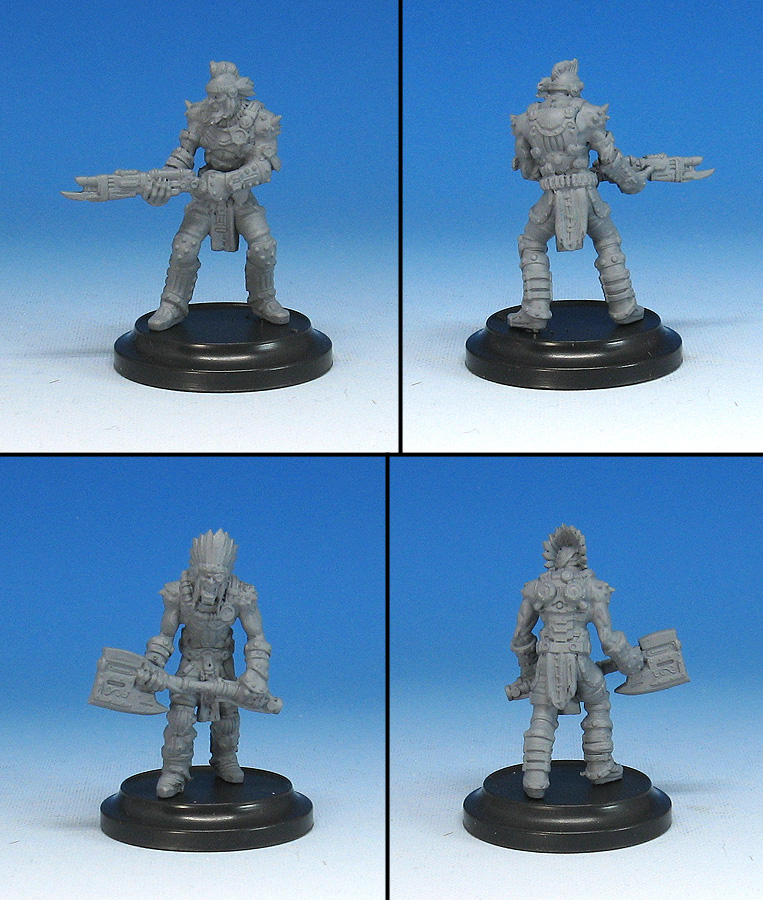 Unlike the Warrior Nation, these RJ-1027 powered weapons will glow red, with the unnatural energy of the mysterious power source. 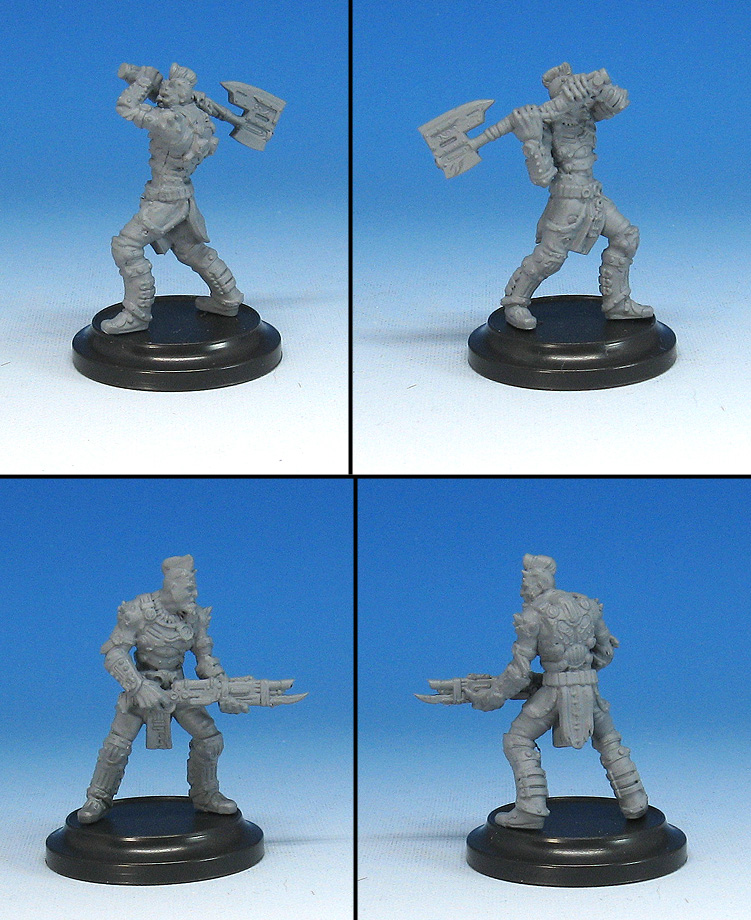 They are led by the now corrupted Walks Looking, and they also pack some serious light support weaponry.  The Heavy supports are truly colossal in size!!! 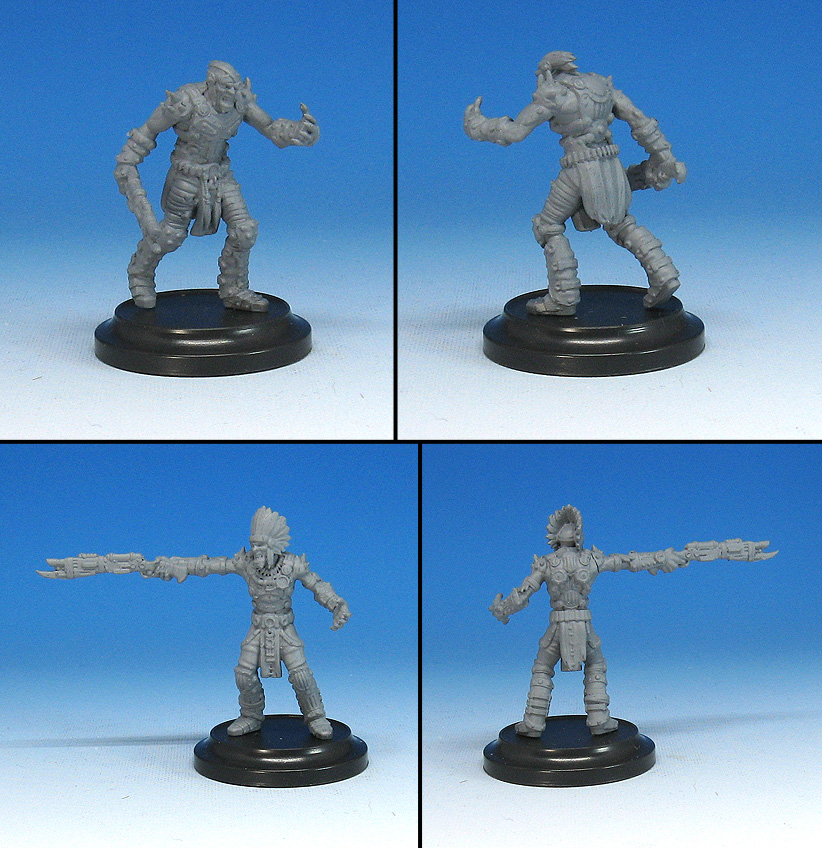 Stay tuned for the next batch of hired hands... 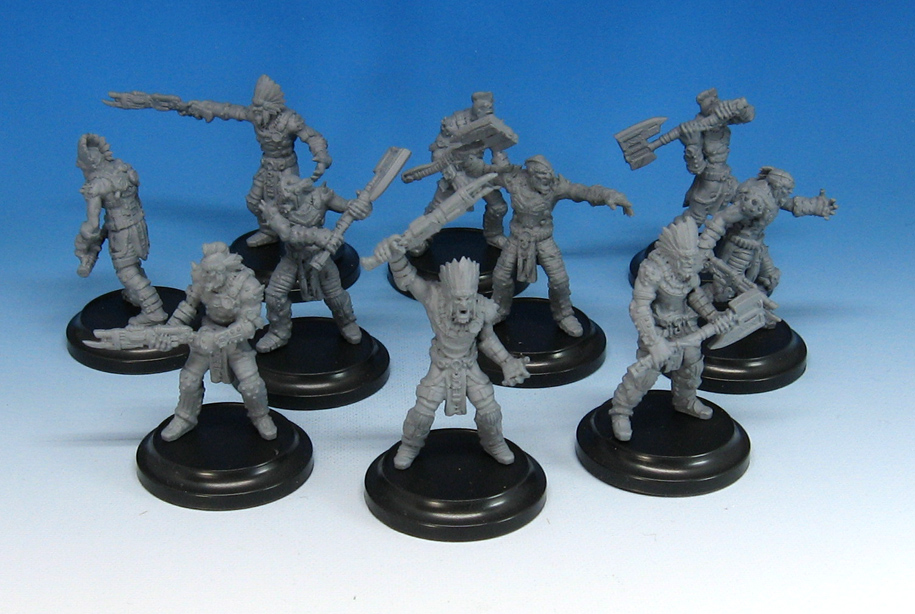 Posted by wappellious at 3:47 AM No comments: