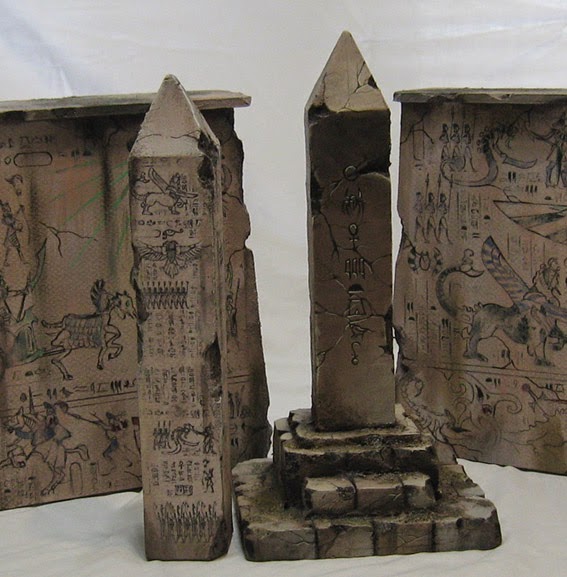 Some final shots of the army and display board for you, before I move on to the Lizards!

You have seen numerous examples of small details being repeated throughout the project... the bases, icons, cartouches, color themes, and so on.

One little piece I would like to show here is the freehand design that you see on the wall behind the Casket of Souls.

That was used many times as a freehand element for the constructs, such as the Titan, Colossus, and Warsphinx, among others.

You can see examples of that right here:
http://wappellious.blogspot.com/2014/07/the-constructs-of-pseusenes.html 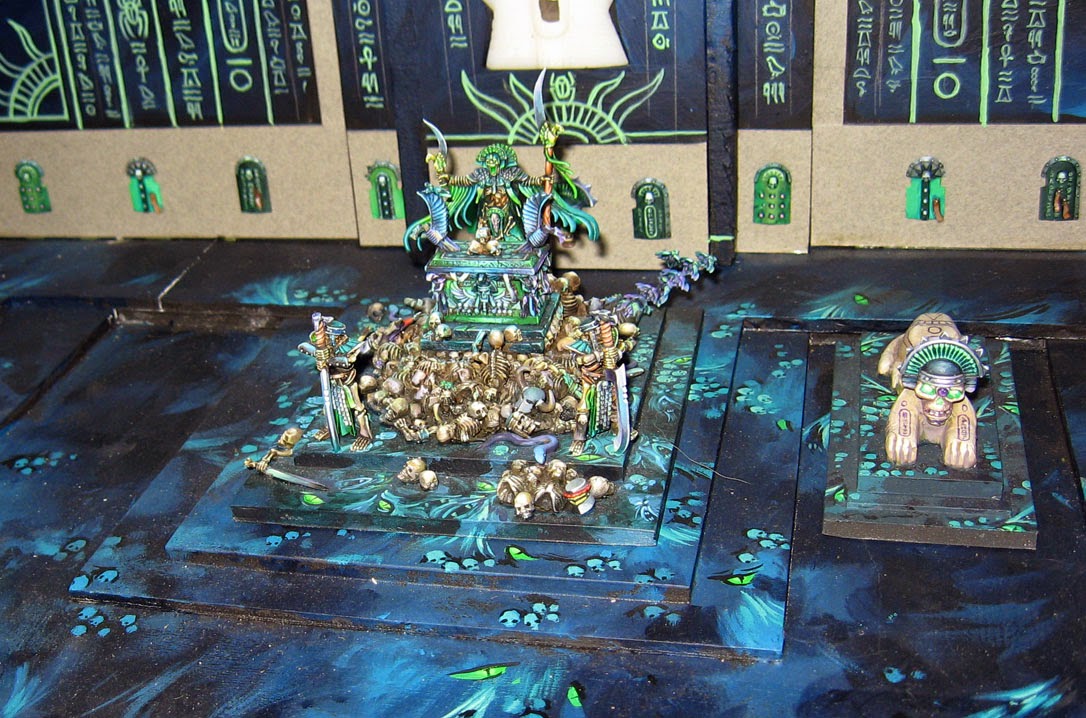 The conversions on the skeleton horses were fun as well!  Here's a post on that topic. 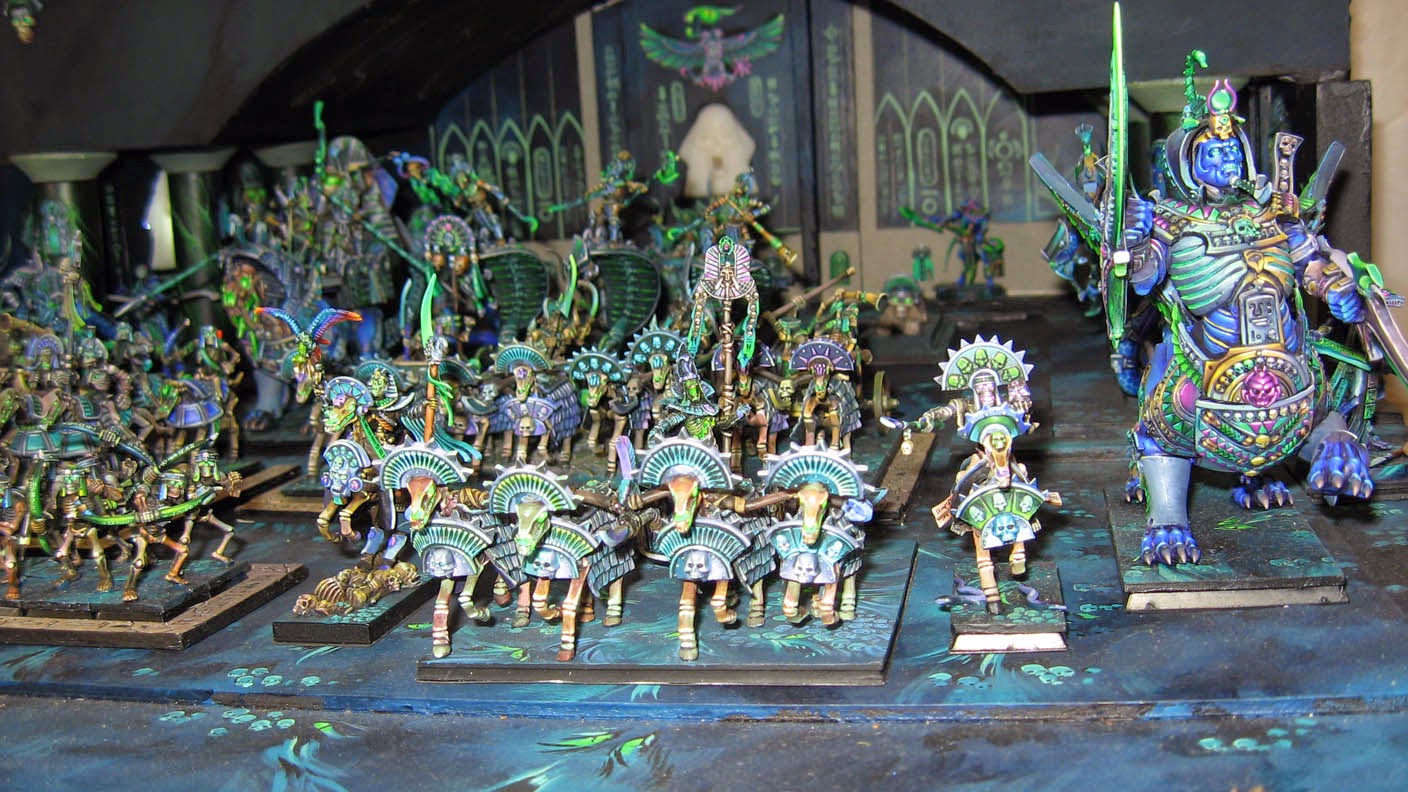 Skeleton archers!  This unit took a while, since each one is a different color... no two are the same! 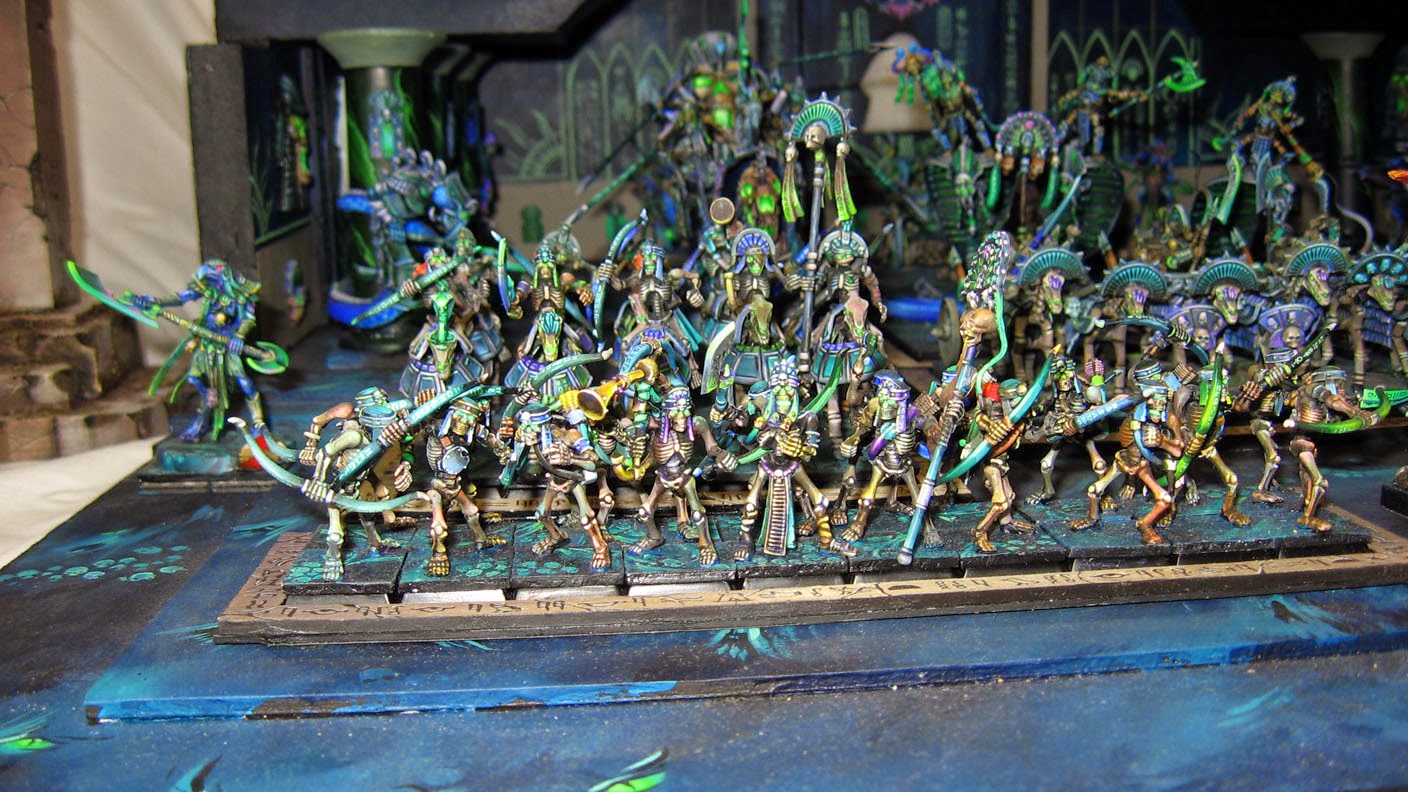 I mentioned that the upper walls and other pieces could be removed for transport and for use as terrain.  Here they are! 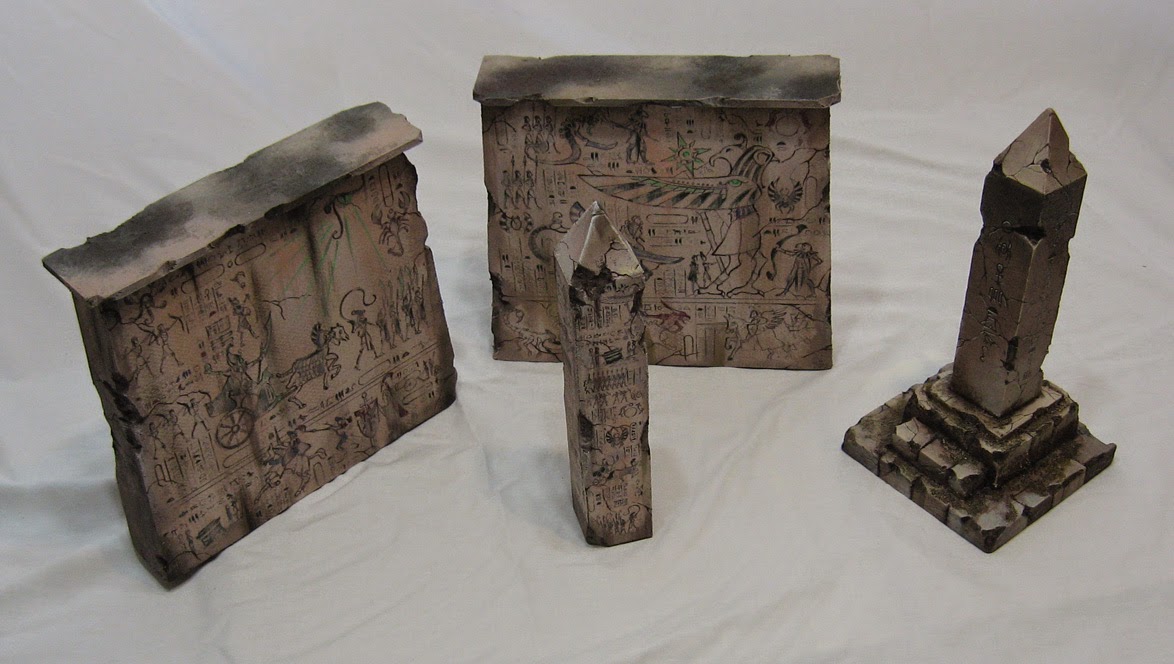 This is how I was able to make foam and paper look like carved stone... and not take 20 years to do it! 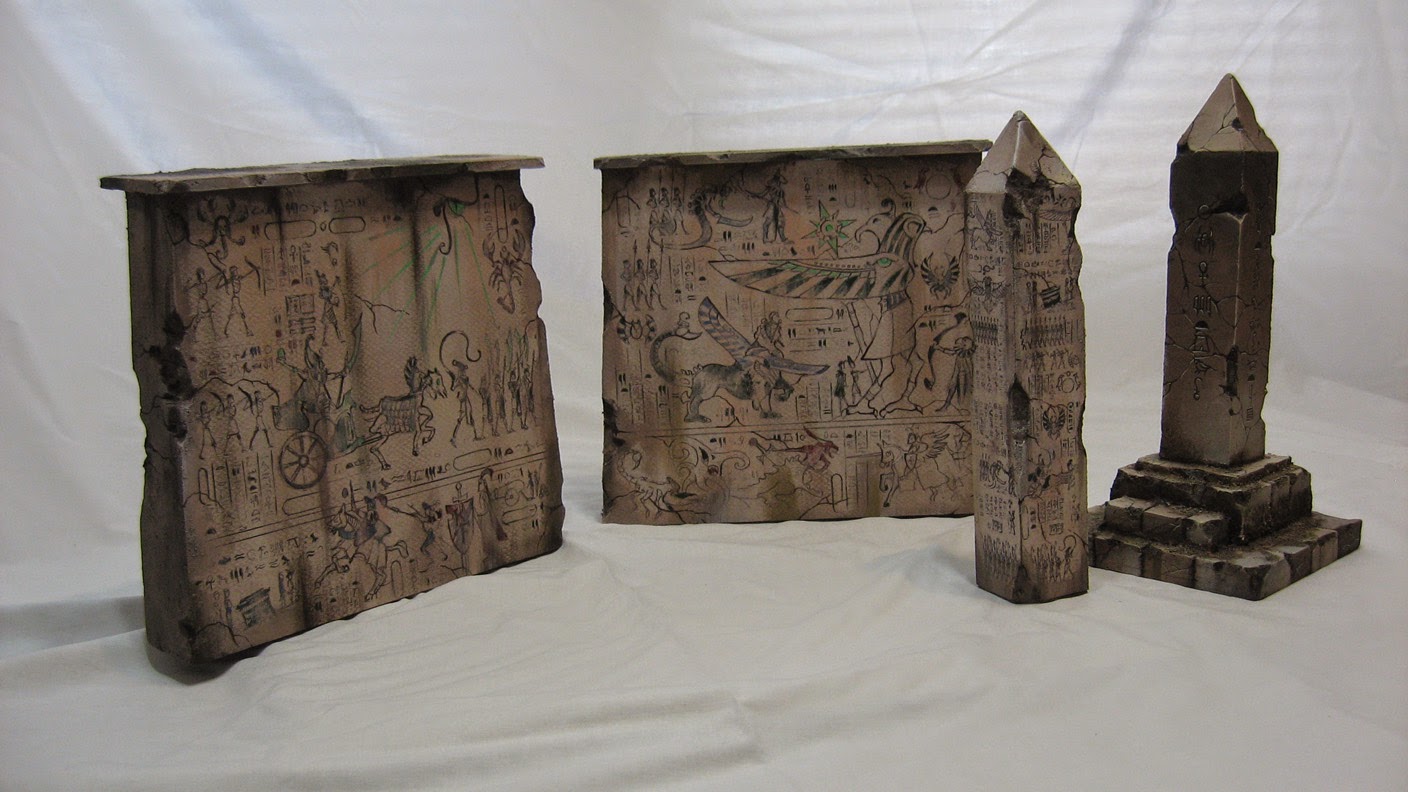 I hope that you have enjoyed this series!

I will be doing this again for the Lizardmen, and the for the Dark Eldar!  Stay tuned... 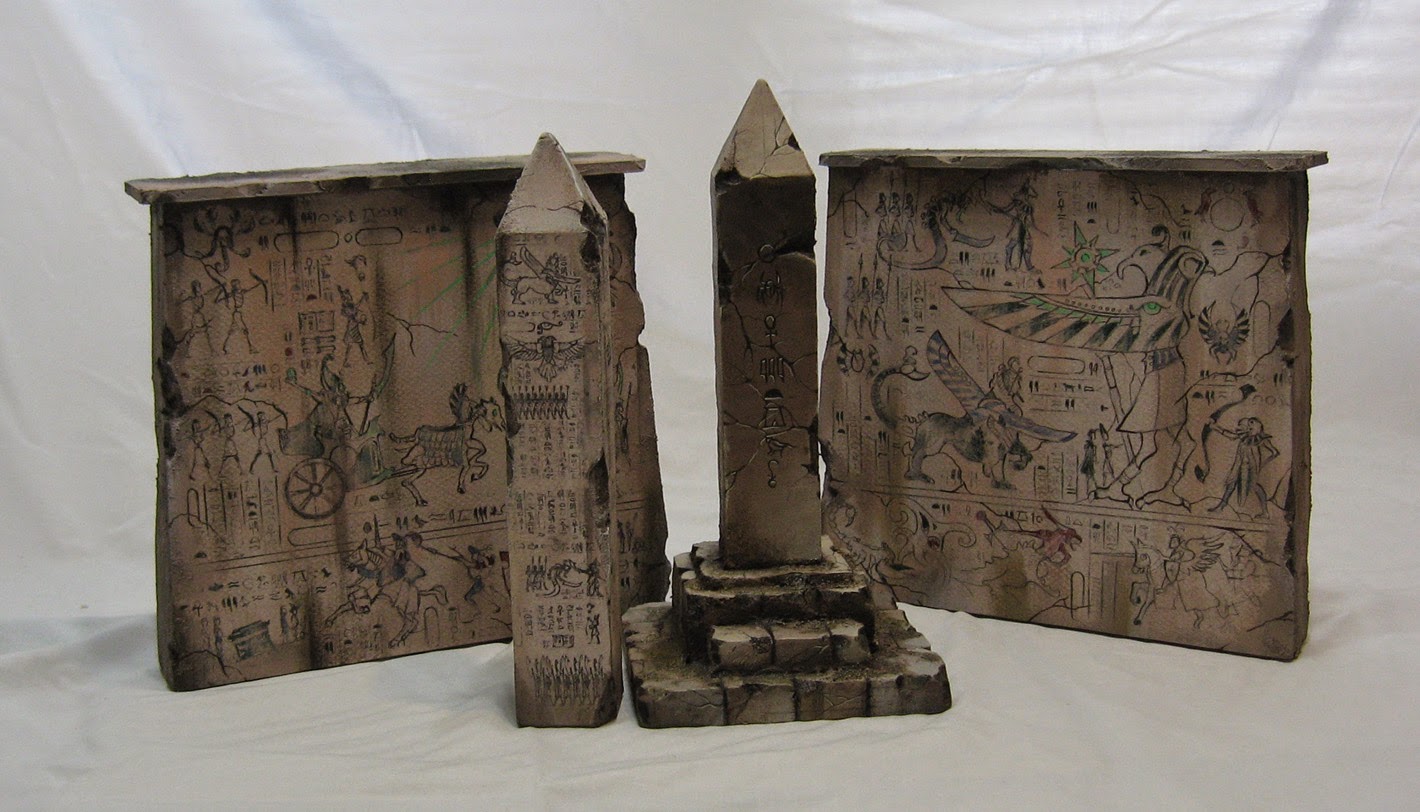 Posted by wappellious at 1:04 PM No comments:

Darkness in the woods 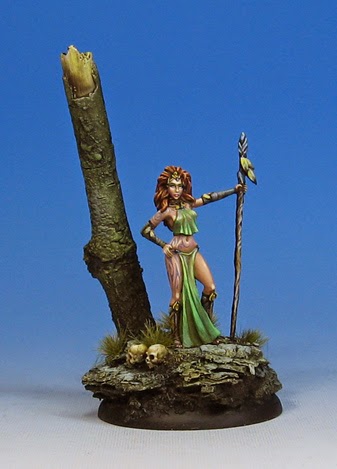 It's been a great pleasure to paint some Dark Sword minis!  As I have mentioned before, we started painting them almost from the beginning, 14+ years ago.

The incredible details and fine castings make them a joy to paint!

I went very traditional with this Wood Elf figure.  I would certainly not mind painting it again with a new palette... perhaps even going the opposite way, making it a Dark Elf.  That would be a very fun side by side comparison! 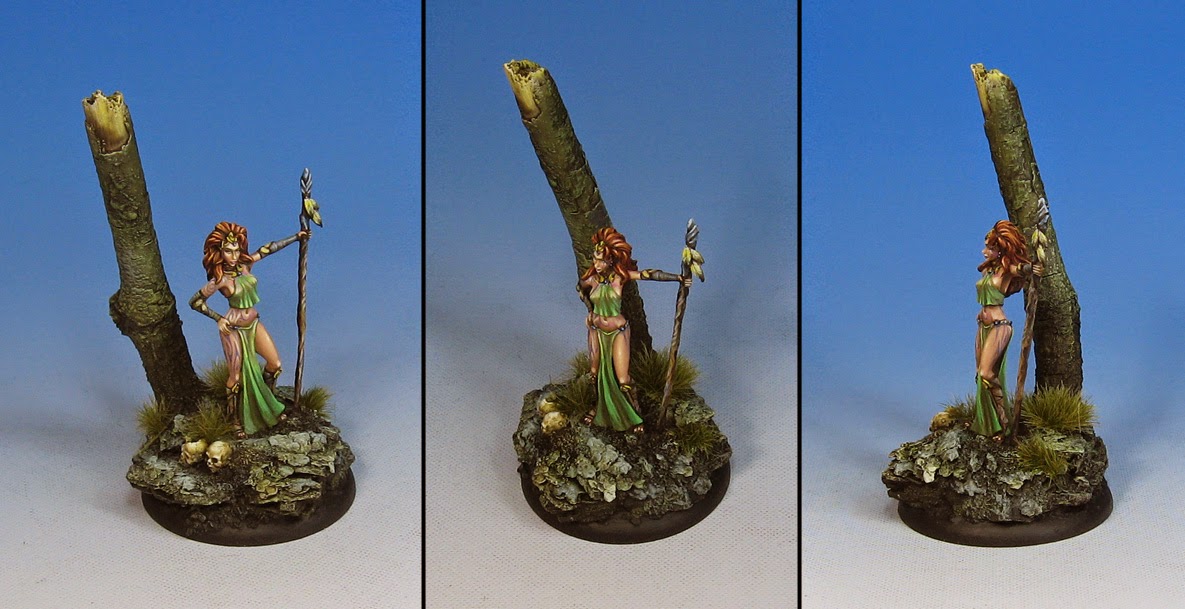 Posted by wappellious at 1:32 AM 6 comments: