Where the Buffalo roams 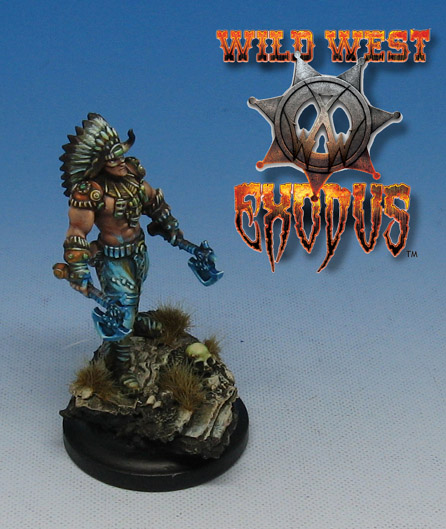 This is one of the first "regular" miniature shot with the Foldio studio.  As I mentioned yesterday, I have been doing all kinds of tests with lighting, backdrops, etc.

The positioning of the lights does make it very interesting, as it is quite different from my normal setup.  After my last few sessions, I believe that I will use the Foldio for smaller figures like this White Buffalo from the WWX Warrior Nation.

Now that I am shooting a lot more large scale items such as terrain (as well as all those group shots!), I will try to keep the original setup in place for the 'big stuff'.  I have another post coming tonight with some side by side comparisons as I tried to see what would happen with the more dappled Hangar 18 backdrops, as opposed to the misty versions. 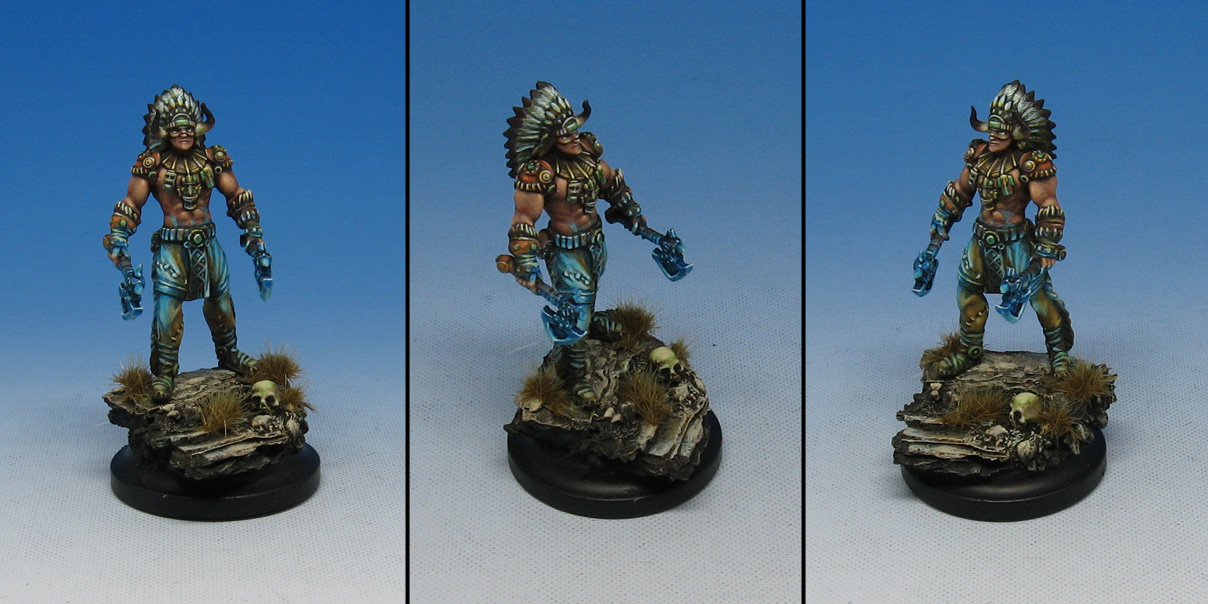 Posted by wappellious at 3:29 PM No comments: 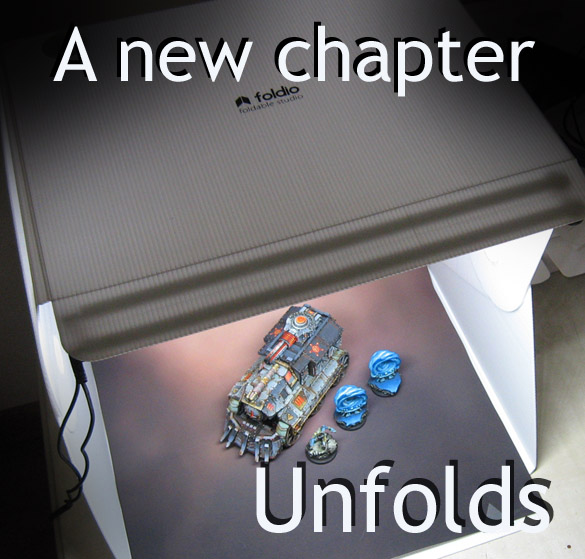 Some of you may have seen the original post that I created about the new Foldio portable studio, and that I wanted to see how it might work under a variety of conditions.  I have taken it on the road with me a few times since then, and learned a few things about it.

I will put a link to the original post at the end of this one, so you can see the unboxing.

In the meantime, here's what it looks like with one of the Hangar 18 backdrops in it.  I did have to trim it down a bit, and make some adjustments with the placements of the magnets that hold it up. 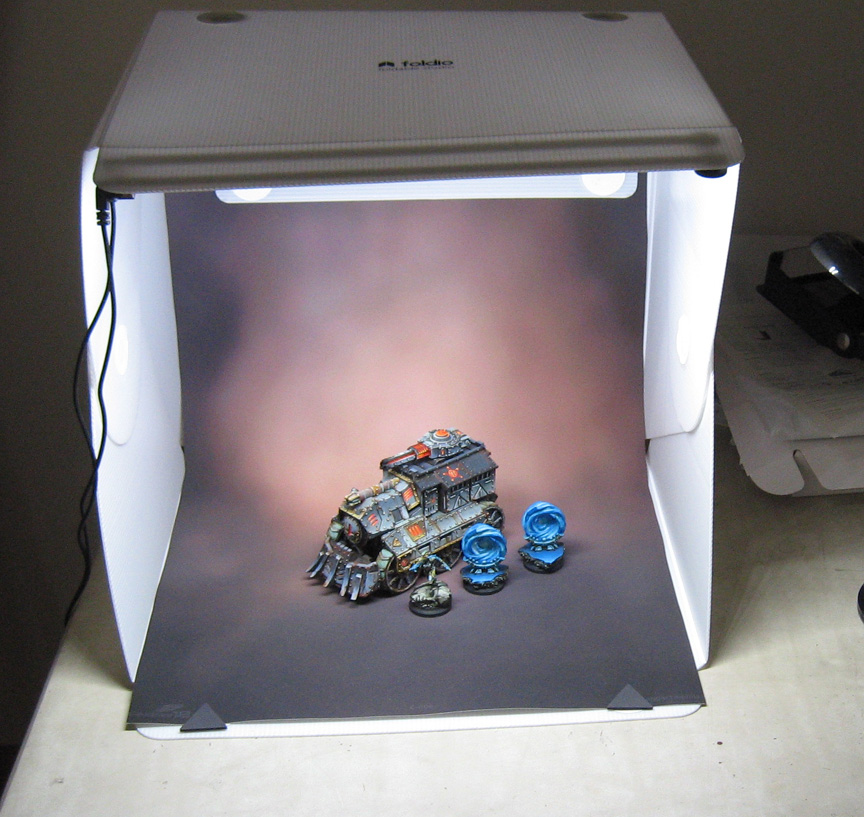 There are two bands of  LED lights, which have dimmers on them, so you can really control the amount of light that is emitted. 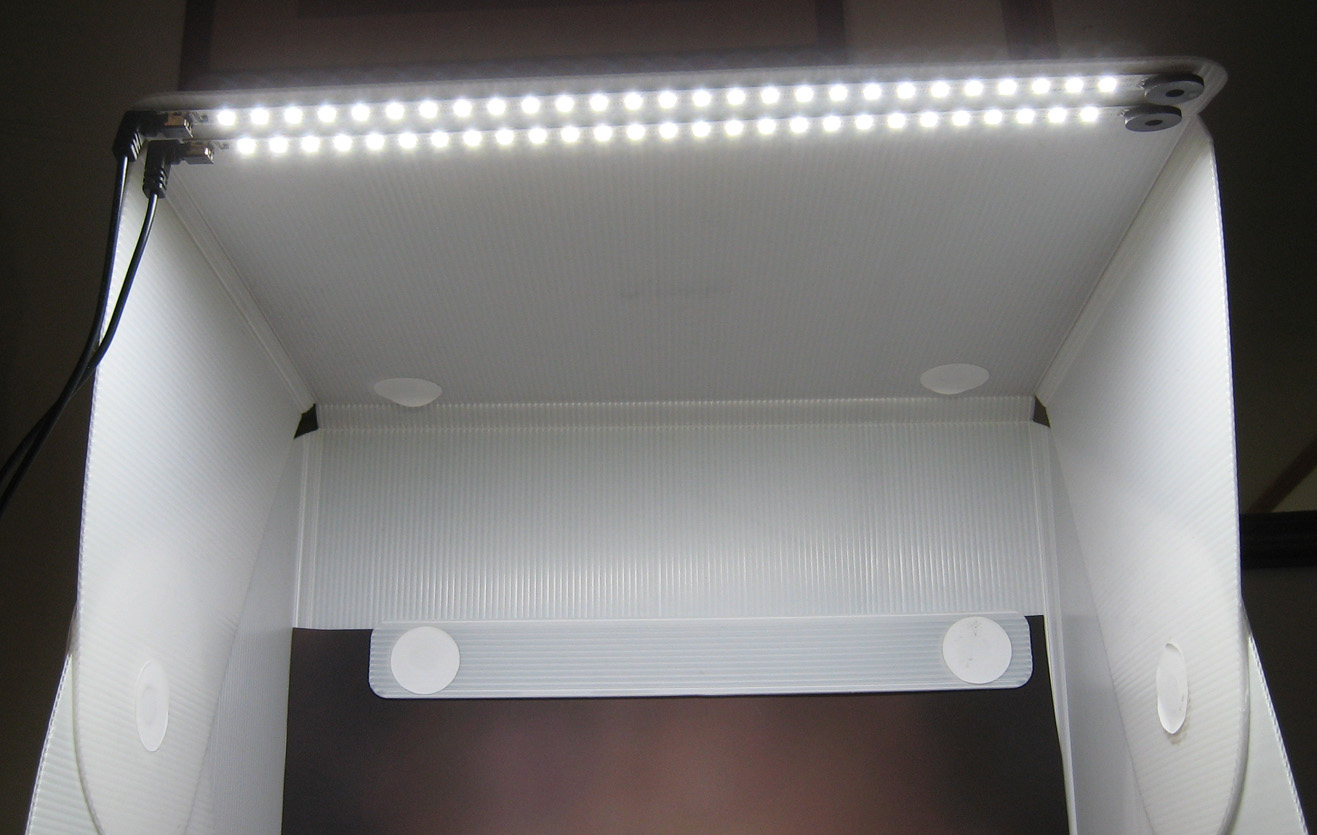 This is what I got when I took some pictures with the regular light bands.  They were set at around 60-70% of power.

While I liked the result, and the camera seemed to pick up good detail, there was a distinct 'shadow' which was cast due to the light coming from only one direction.

Normally, I like to have light coming from at least three different directions.

You can see some of my other posts regarding this in the photography section of the blog. 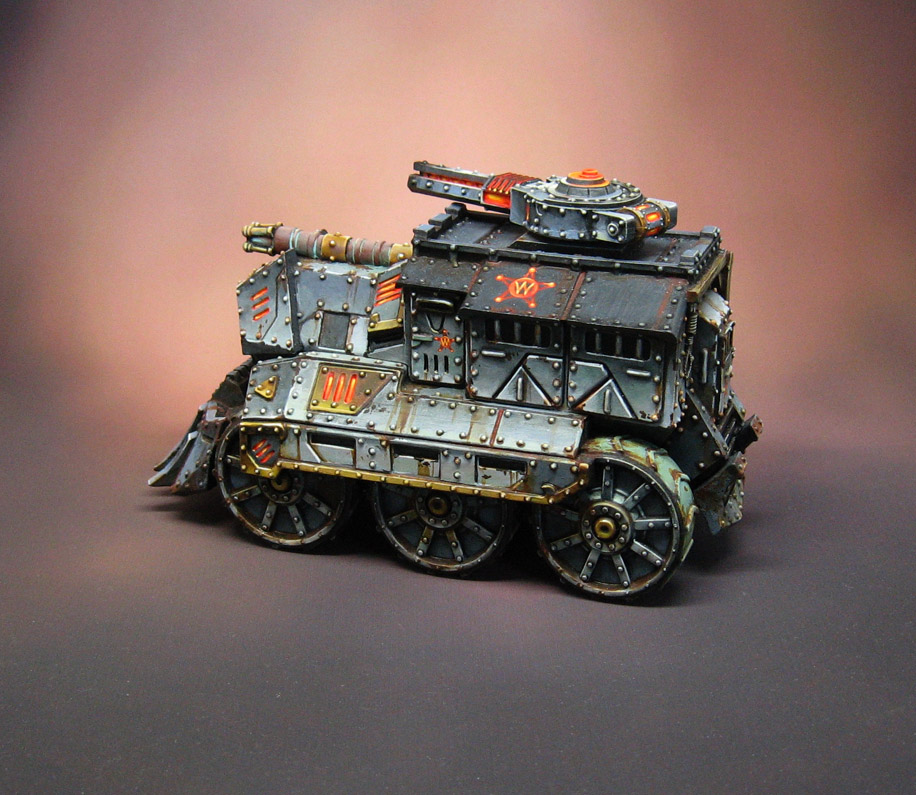 To compensate for this shadow effect, I brought out a few of my other lights which I use to shoot battle reports.  While the above image is fine for times where all I can bring is the photo booth itself, I also wanted a secondary area where I could get regular images. 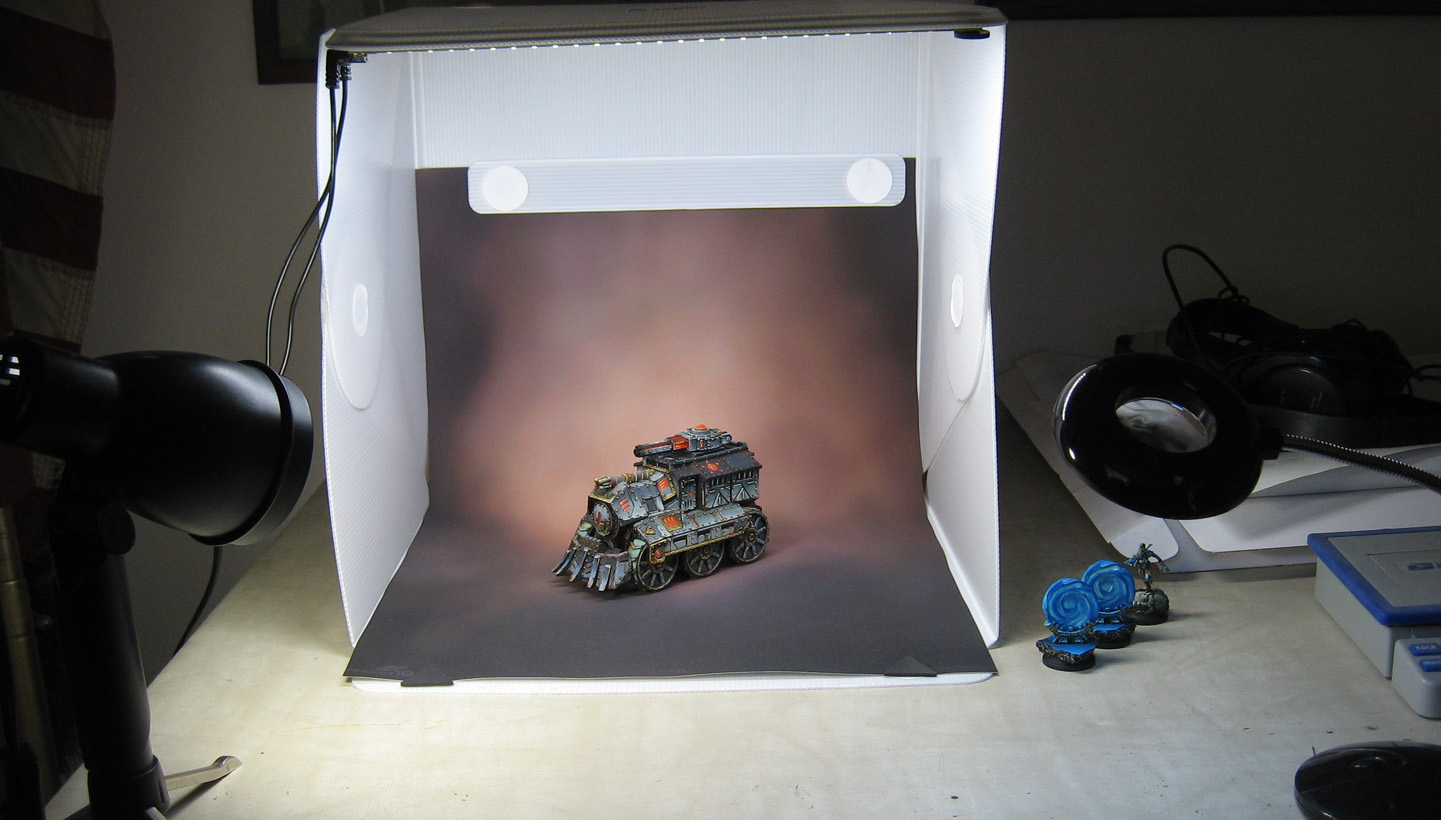 Here's a side by side of images shot with the standard setup, and then with my extra LED daylight bulbs.  The lower image looks a lot more like my standard type of lighting. 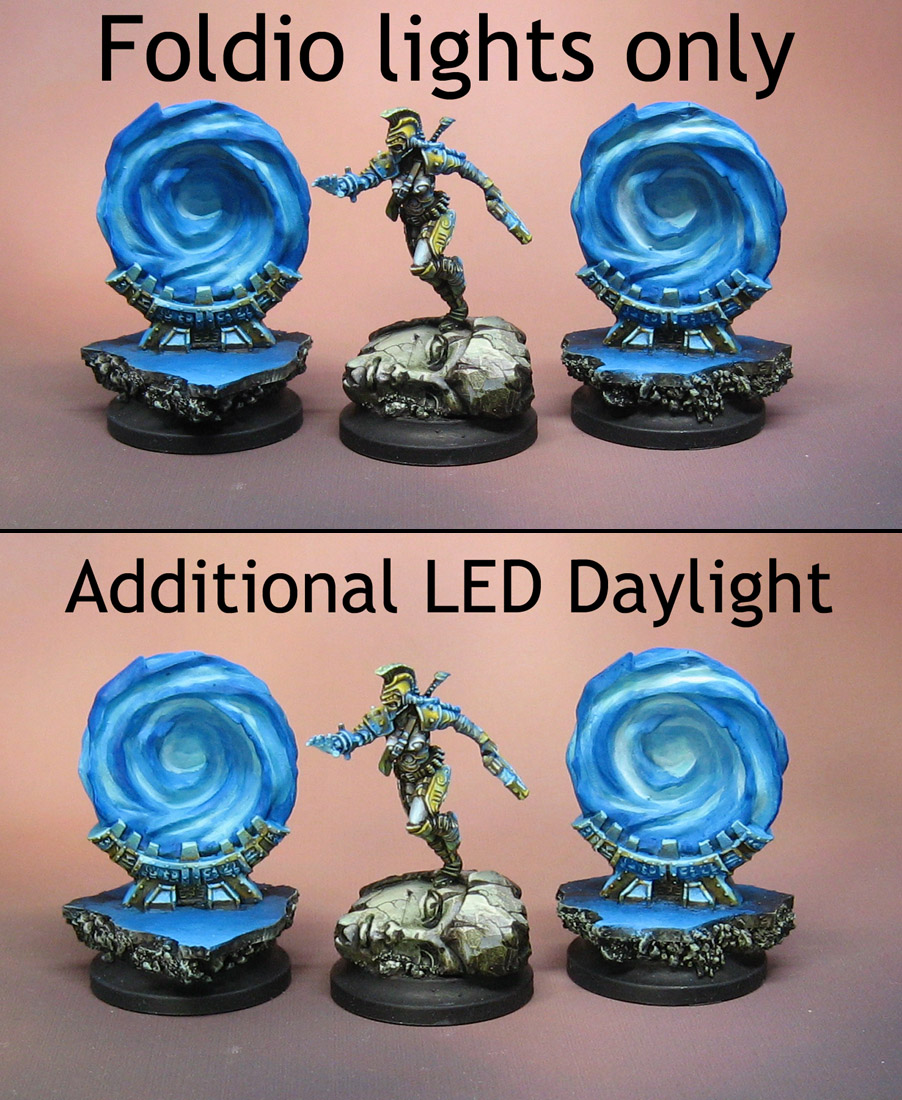 Now for some views of the Judgment heavy support with the additional lights... shadows eliminated. 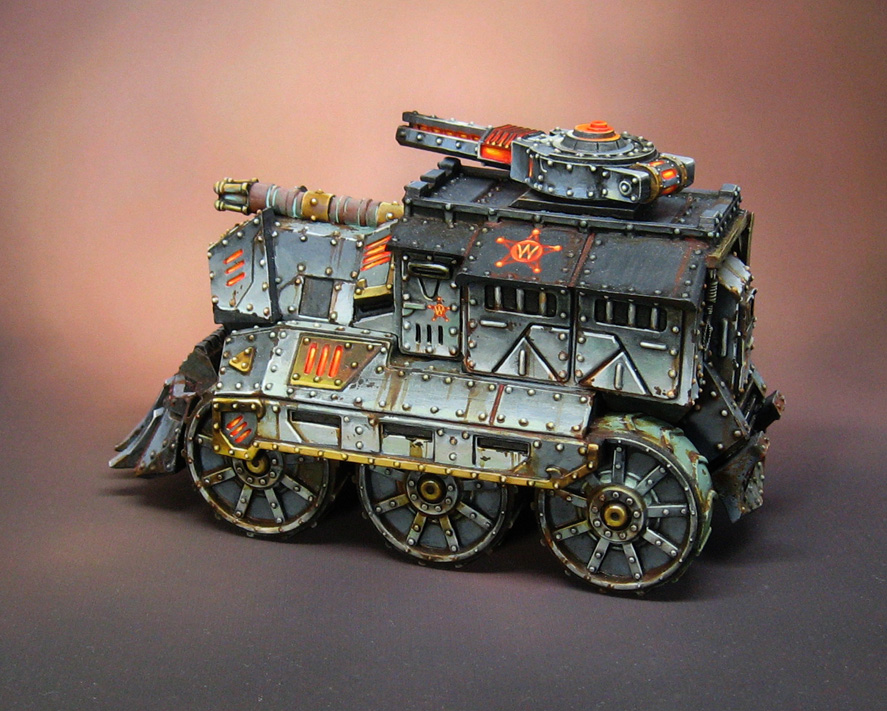 In this image, I moved the light further down, creating a different lighting. 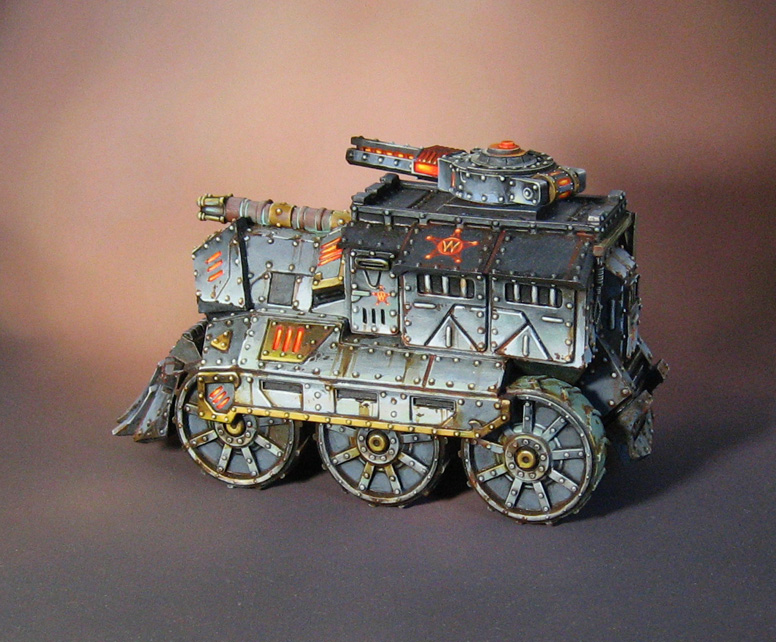 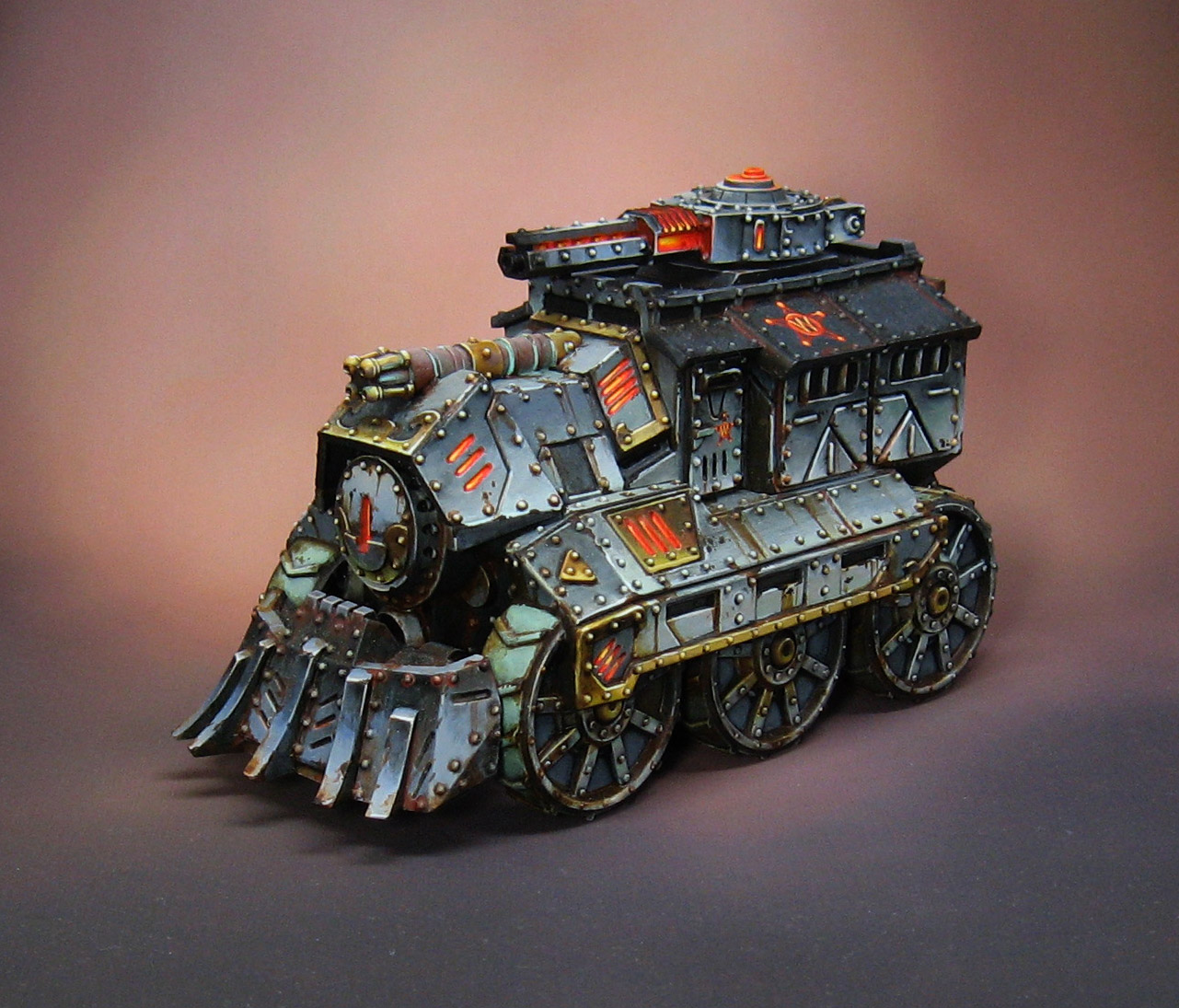 Posted by wappellious at 1:12 AM 5 comments: