Vengeance on the Vistula 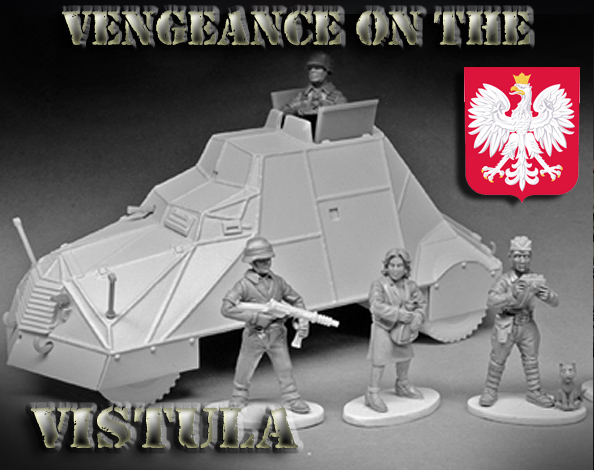 Some of the most interesting armies that you can field in Bolt Action are various Partisan forces.

I already have French and Ukrainian Partisan armies under way, but soon I will be able to add one more, courtesy of a new kickstarter campaign!  That would be the Warsaw Uprising.

I am looking forward to working on these, including a Facebook live episode on the Kubus armored car!! 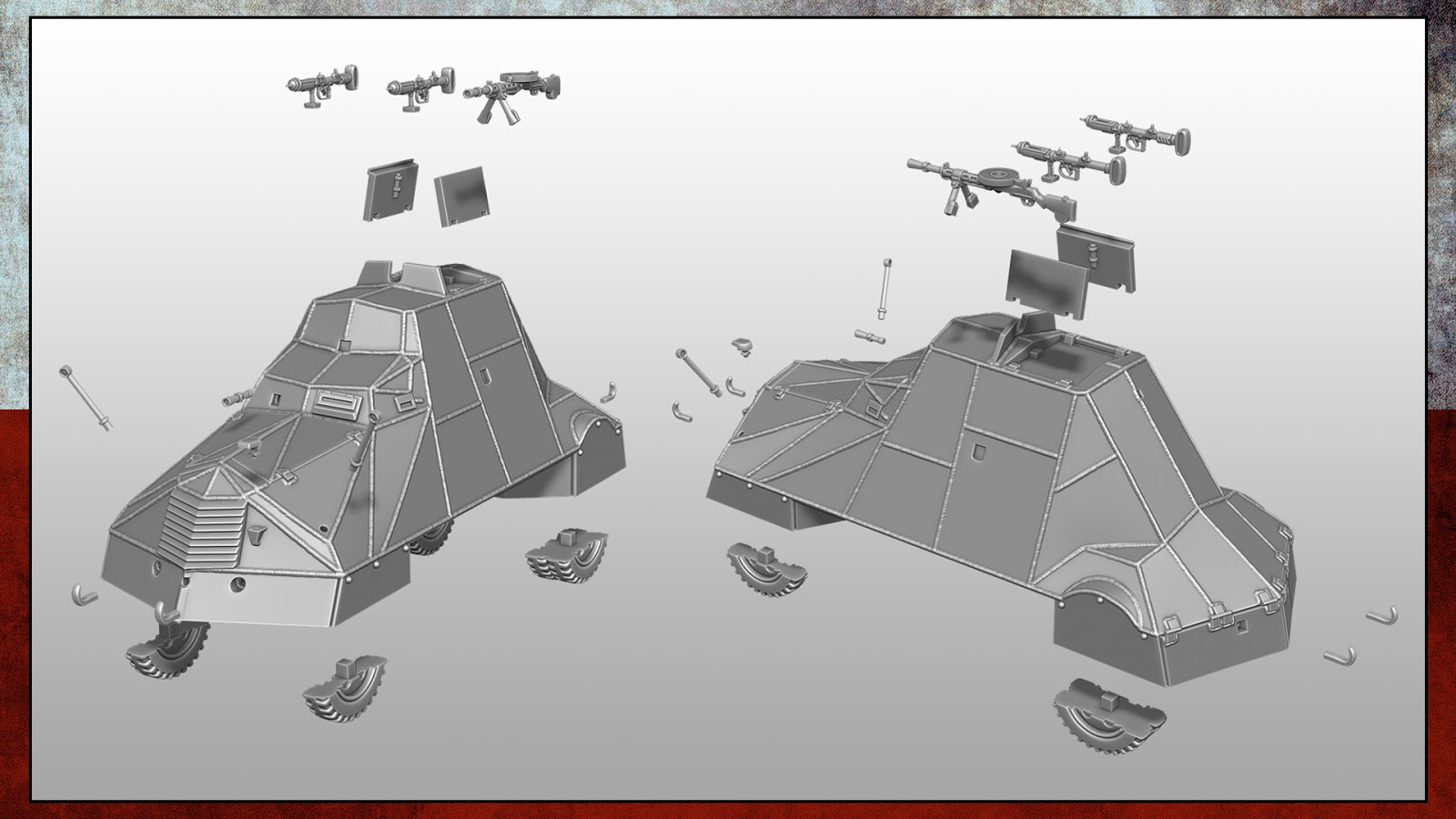 This unique vehicle was a one of its kind, fashioned like many of the weapons used in the Uprising by the fighters themselves. 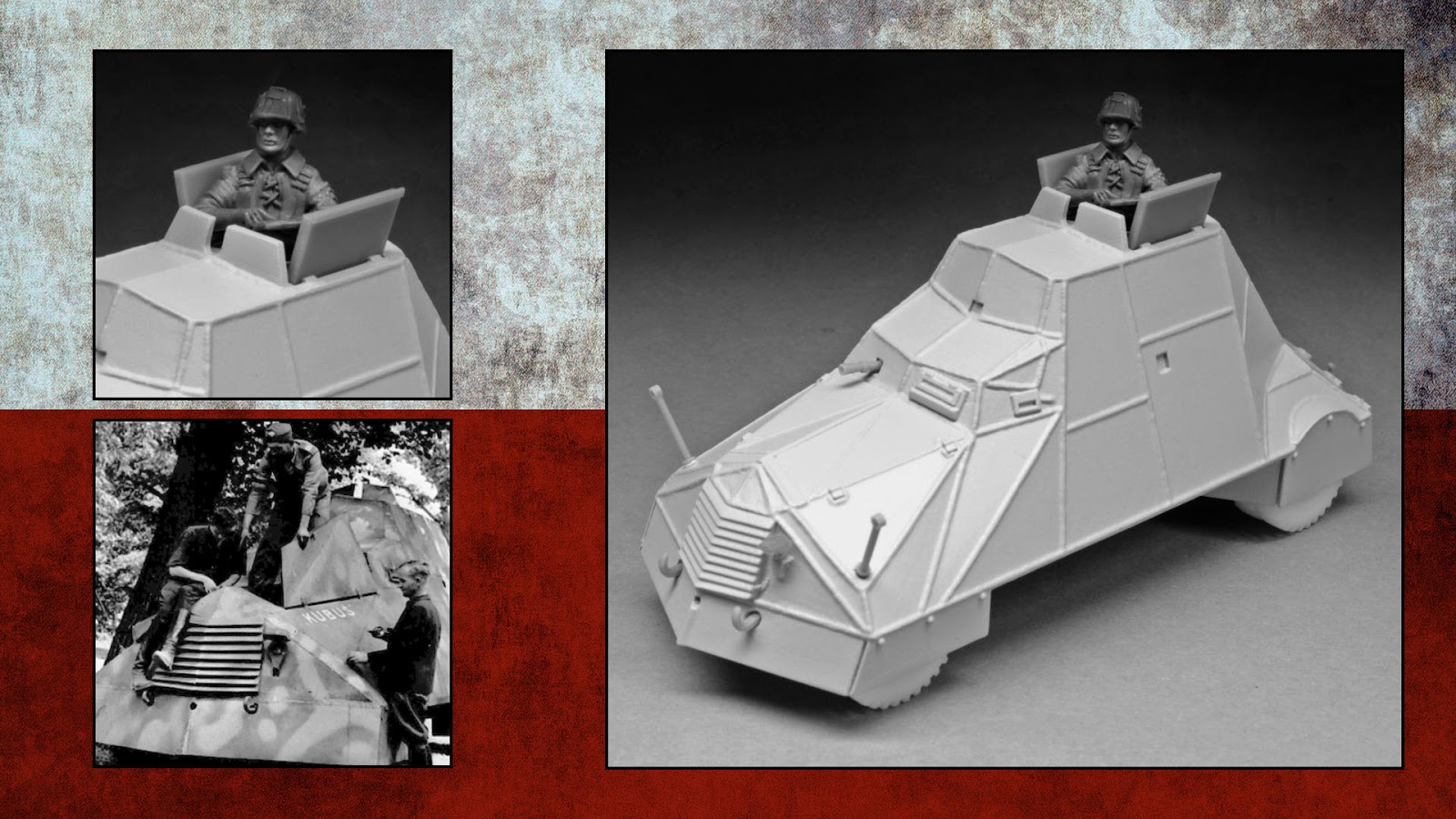 Each of these character figures has a story behind them, based on those who were there:

This is a very special character piece. Our friend and painter, Peter Motas' grandmother served as a medic in the Home Army at the age of 18. We planned to produce a female medic as homage to female service in the home army but when Peter told us this we decided to base it off of photographs off of Danuta. She survived the uprising; despite a room she was in being hit by a tank's shell. This tank is believed to have been a Tiger tank. Luckily for Danuta, a door crashed into her, absorbing most of the shock but leaving her very injured. She would eventually spend the remainder of the war in a work camp, wearing a "P" for Polish. 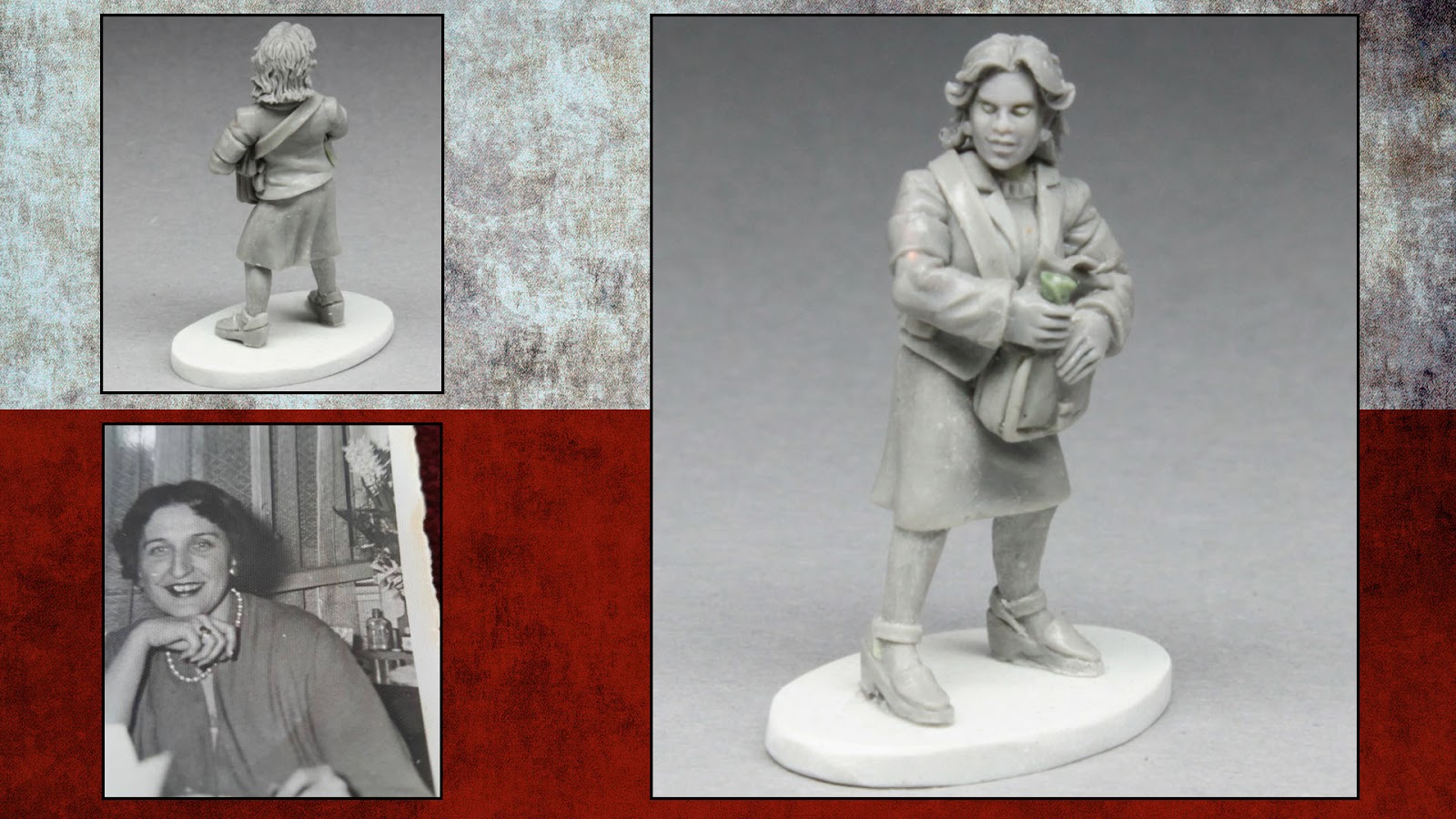 The Polish forces created many weapons as I mentioned earlier, such as this:

The German Army in Warsaw were surprised by the large amount of flame throwers in the insurgent forces. Design work upon a simple flamethrower for the Polish underground, suitable for clandestine production in ordinary workshops from readily available materials, started in 1942 on request of the Home Army main headquarters. Its main purpose was to be used against armoured vehicles. There were several designs produced, of which the most popular was the K-Pattern, becoming a sort of standard weapon of the Polish underground. 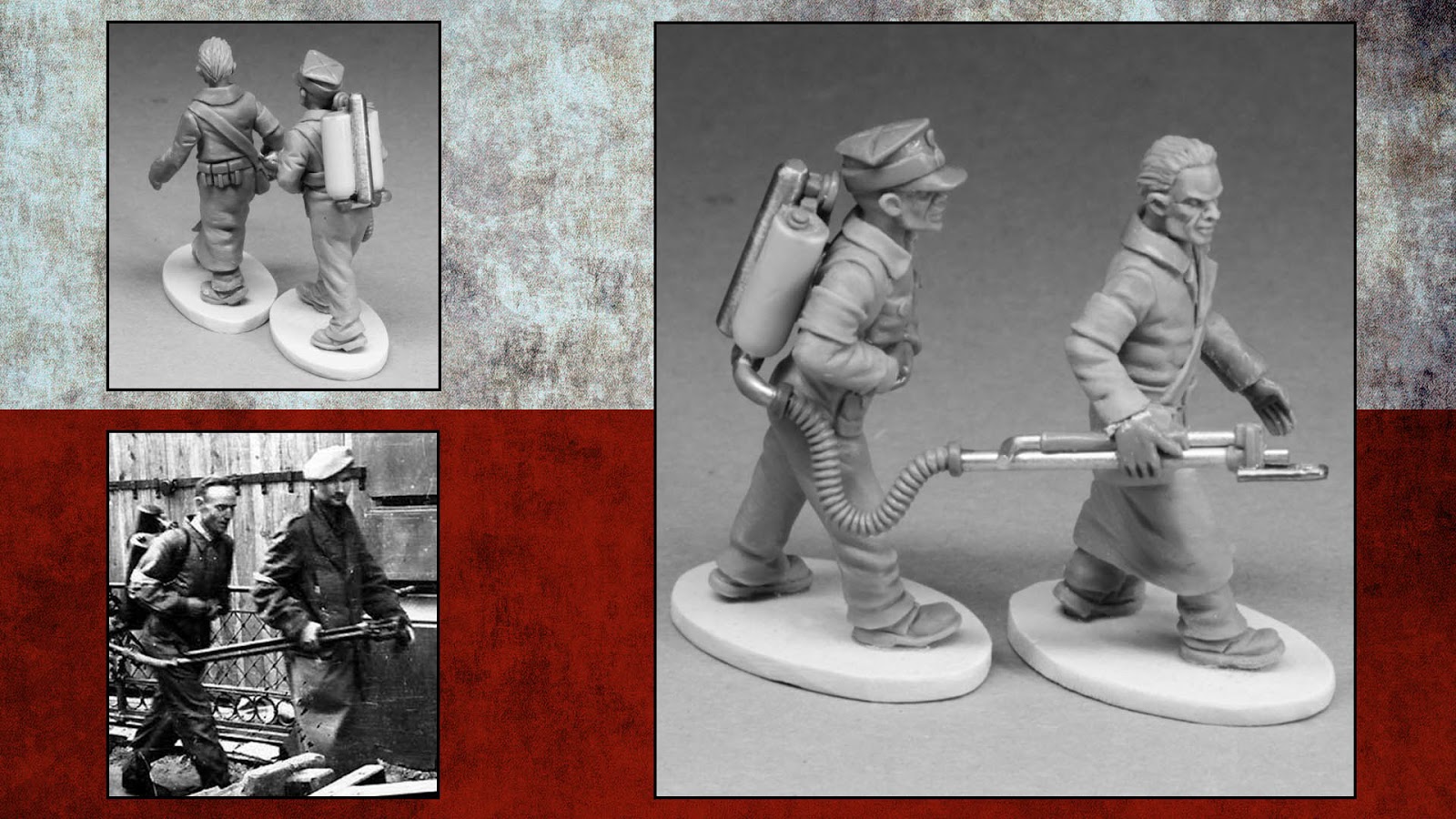 Great attention was given to scale and detail, so I think these will be quite nice to paint! 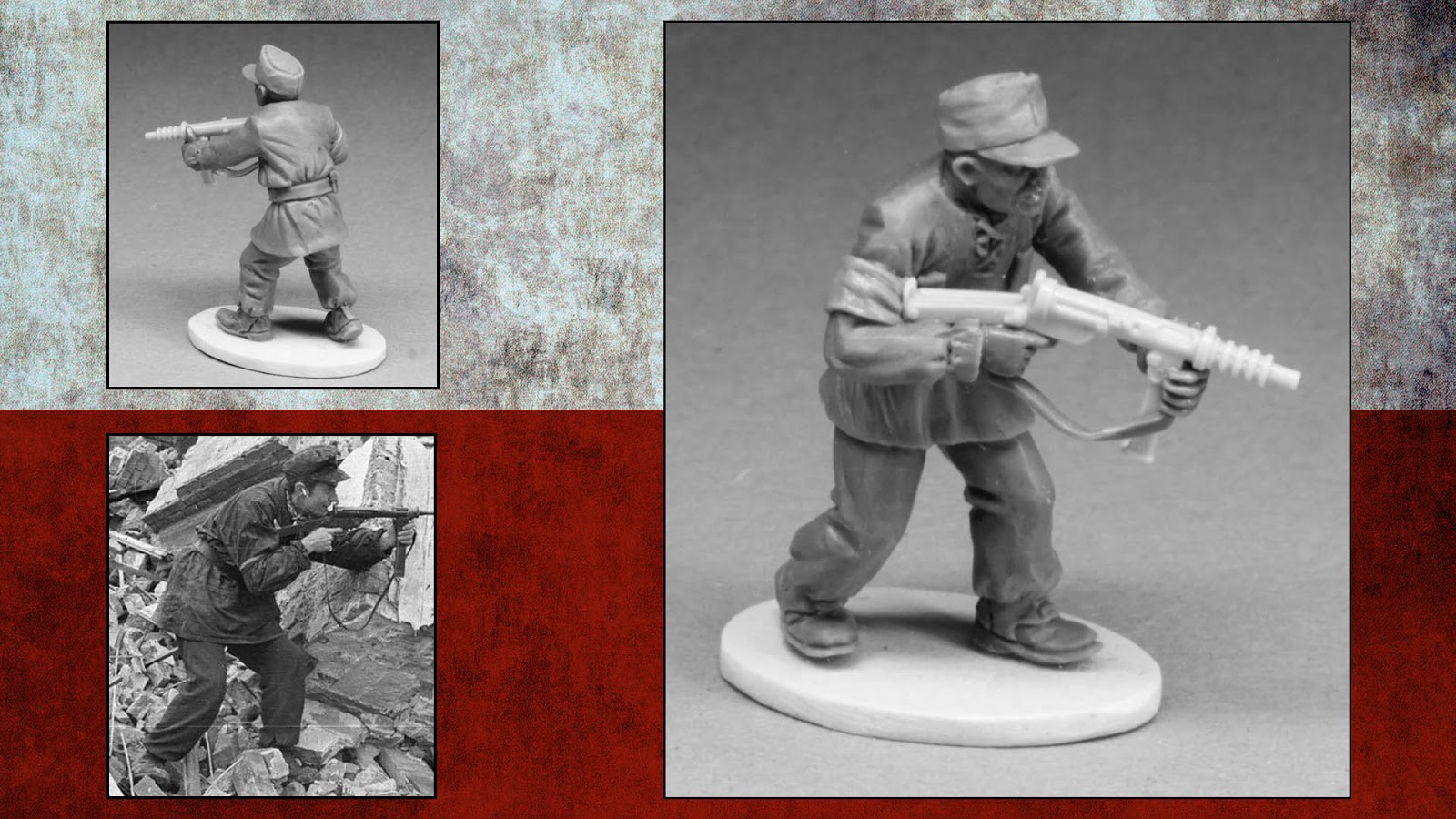 This is the burned out hulk of the Kubus, which I believe has been restored since. 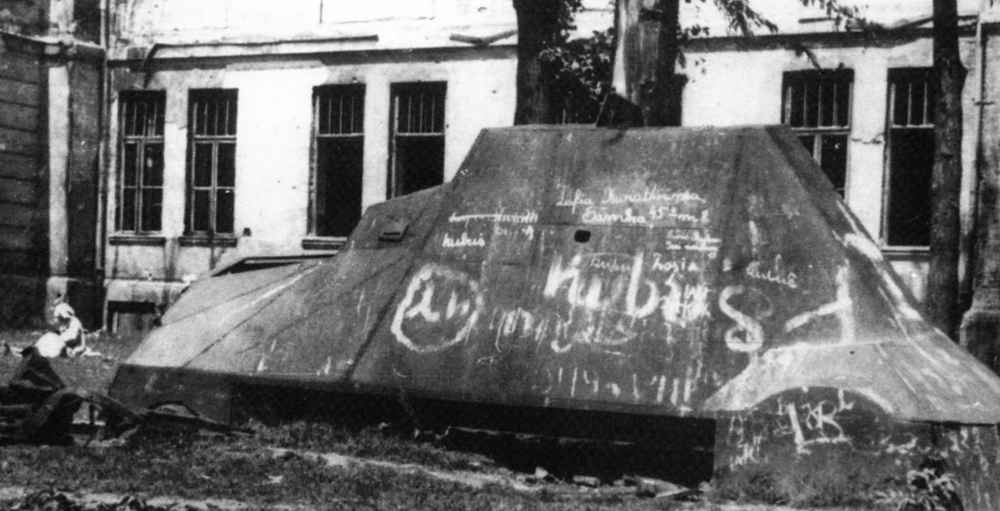 This is just the beginning for this Warsaw Uprising army, with more planned, and stretch goals too. 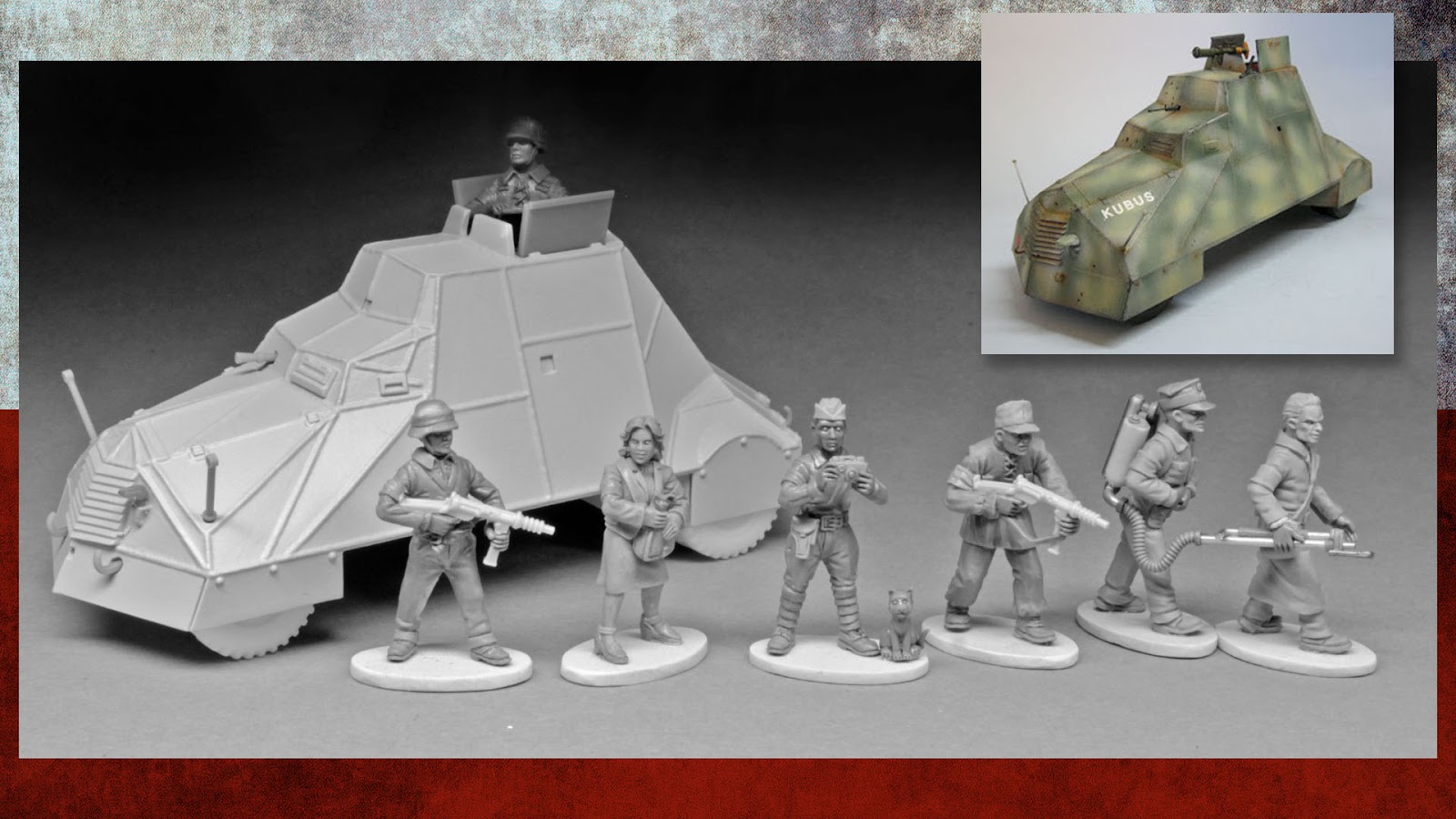 I look forward to painting this in a live session very soon... attempting to match the historical appearance as closely as possible.  There is a bit of leeway here, as there is a little debate of its exact color scheme.

There are still a few weeks left in the campaign, so you can support the Uprising!!! 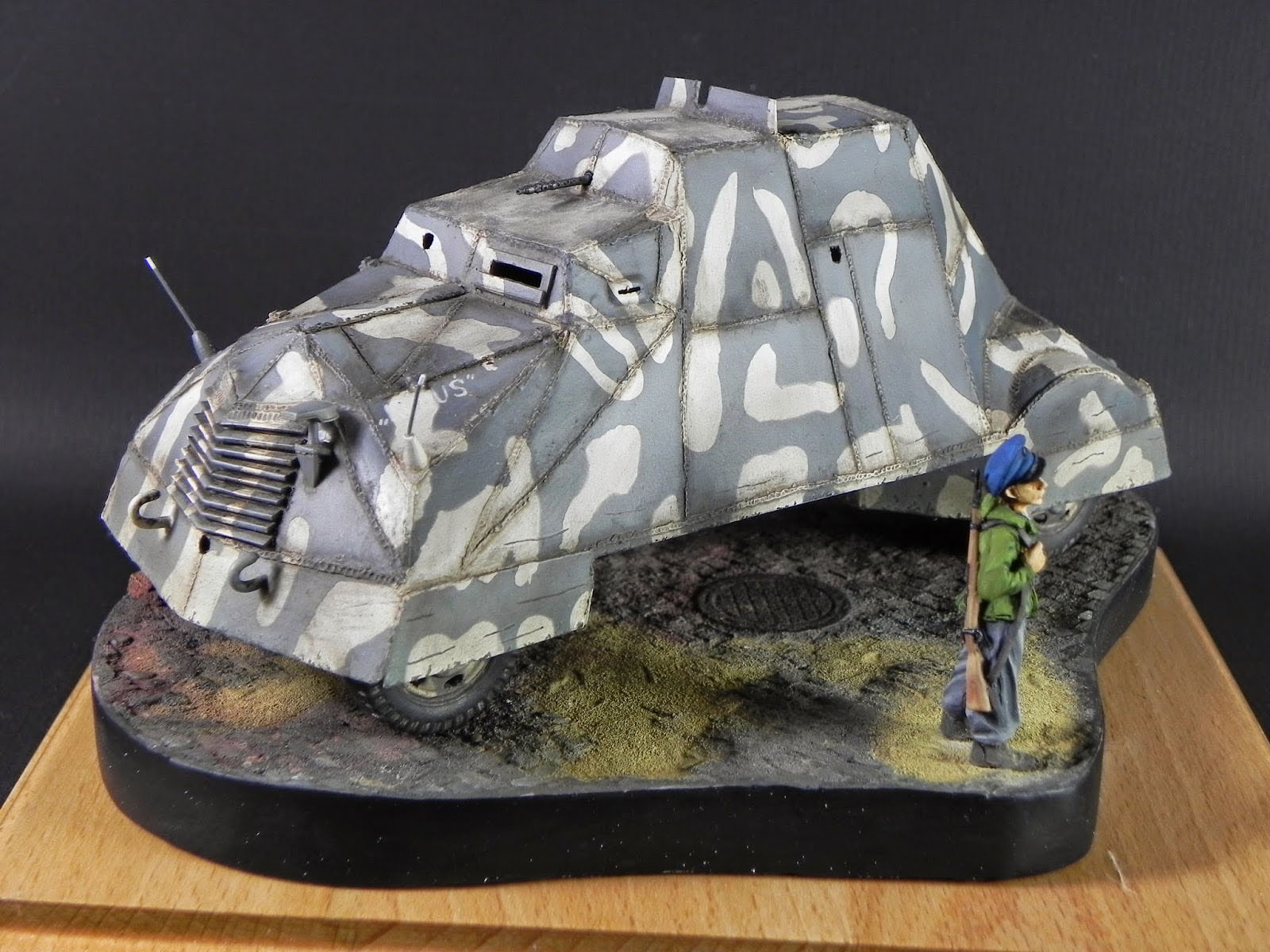 Posted by wappellious at 1:24 PM 4 comments: