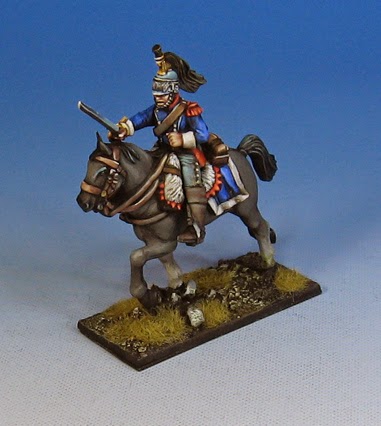 This very unassuming figure was the start of a new color mixture for me... in very unanticipated fashion!

I happened to run across a Reaper color that I brought back from Anne's Alchemy lab in the Reaper factory called Mint Green.

I was playing around with it on this figure, mixing it into a variety of other colors to see what would happen.  Most notably, I mixed it with Brown Liner and ended up with the colors of this horse!  Very neat!

Normally I mix a more subdued, warmer light green to create interesting gray colors, but the intensity of the Mint Green is quite interesting.  It's very nice when you mix it with brownish red, and that makes an interesting flesh tone.

Since then, I have used this color to make other grays on lots of additional figures.

This is not uncommon for me.  When you paint 70-140 a week, there are times when you just grab whatever color happens to be closer to you, or look for something  that is not the same old same old.

By closer, it could be just a matter of inches closer. :-)

Posted by wappellious at 2:49 PM 2 comments:

Fire and Brimstone returns to Wappelville! 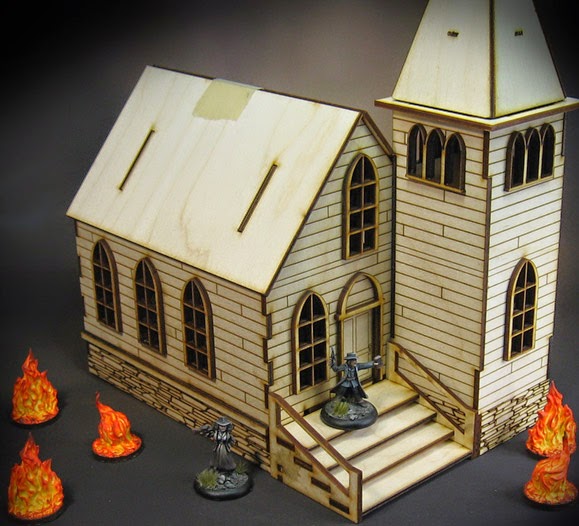 Courtesy of Burn in Designs, we have the First Redemptorist Church of Salvation, soon to become another focal point of conflict in Wappelville.

This very fine building is made by the very talented Lathan, who keeps coming up with one valuable structure after another. 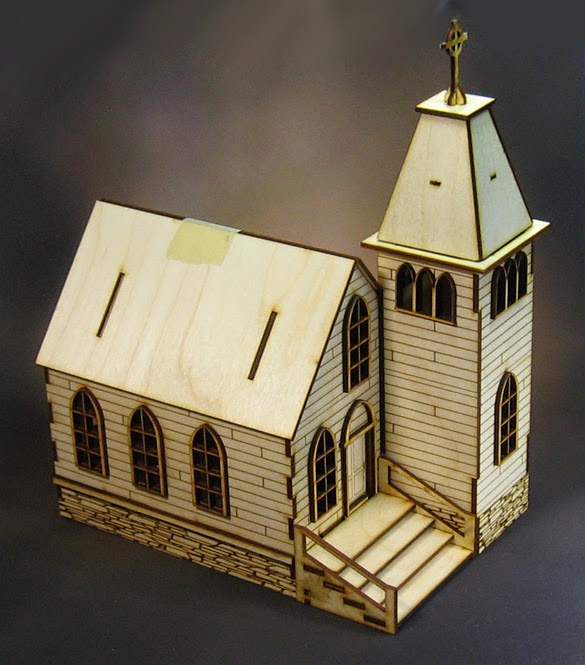 Not only is this a nice visual piece, it is very workable for games as well.  Plenty of nooks and crannies to hide, with plenty of windows for shooting out! 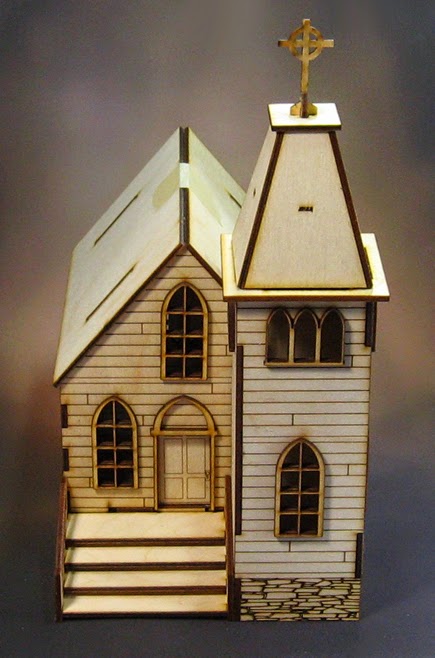 It will also block line of sight nicely. 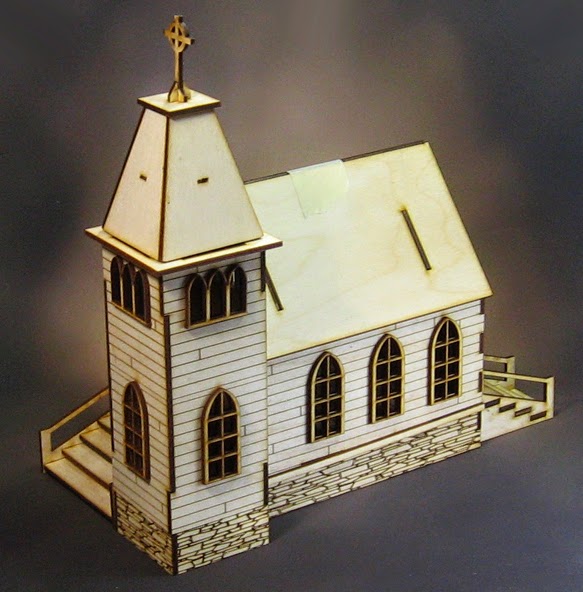 The interior, complete with a roof and rafters for hanging banners and other such things. 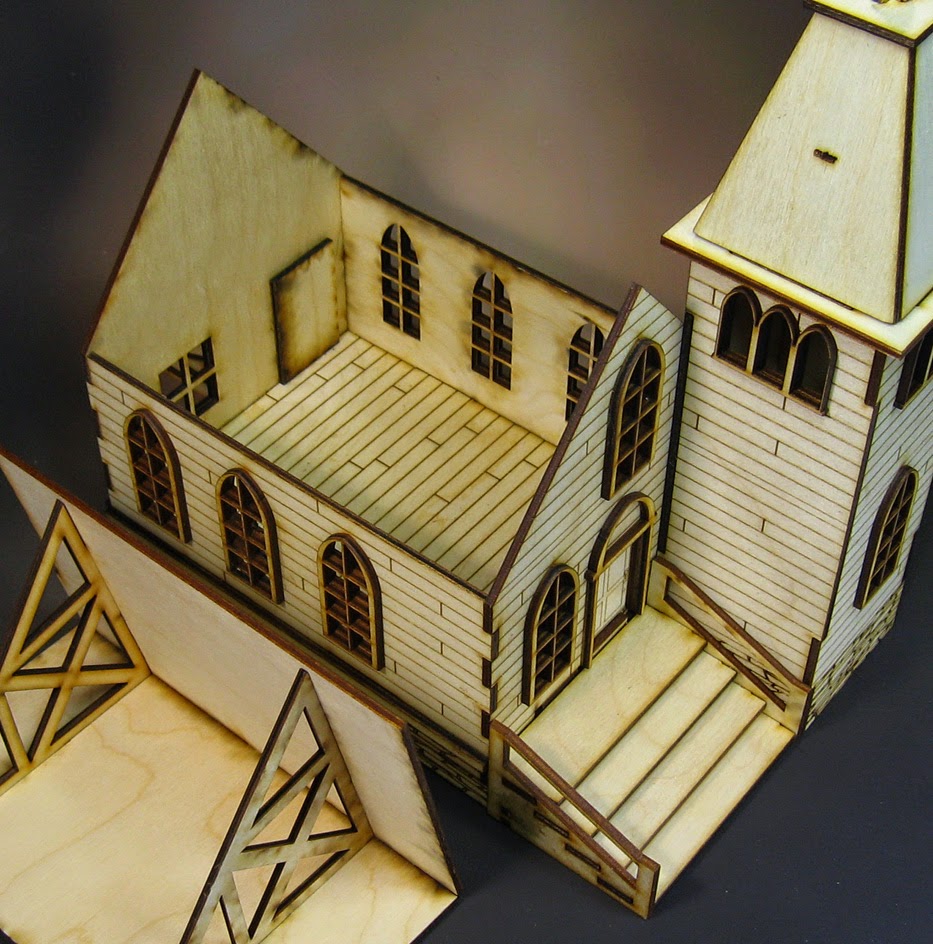 For those of you who saw the last fashion war between the Outlaws and Lawmen know that the Preacher, horrified at the ever increasing levels of violence in town, had taken his family away in search of a flock that was a bit more docile.

That is, until he became plagued by a vision which kept him awake most nights.

He was approached by a shadowy figure, whose skin seemed ashen grey... as if were found in a fire pit.  The preacher would swear to all the is Holy that the stranger's cloak seemed to be covered in a pattern which mimicked the heavens.

With eyes that gleamed with a reddish tint, he informed the Preacher that the Dead walked the streets of Wappelville, and that he must return to save his flock from such a hideous fate. 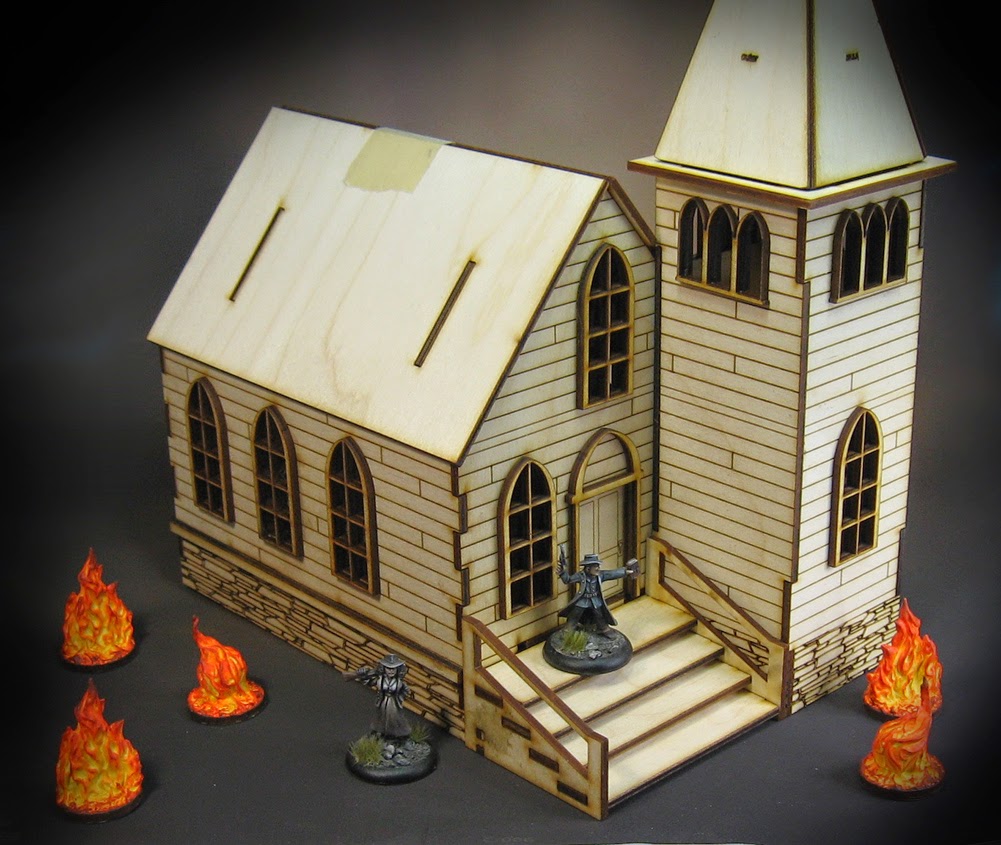 Convinced that the End of Days was at hand, the Preacher decided that he would come back once again to the town of Wappelville and fight this last apocalyptic battle. 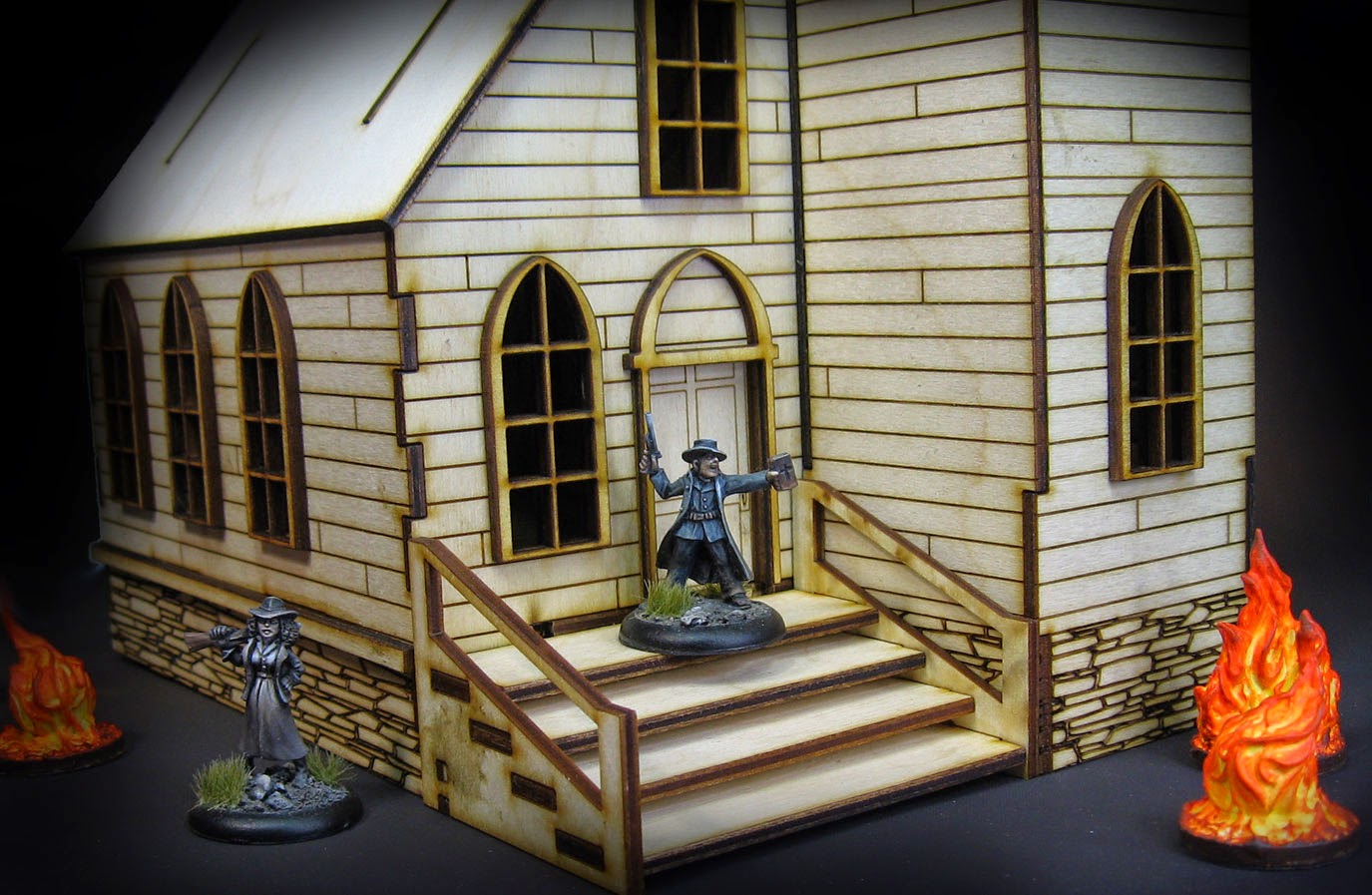 The final struggle between good and evil would require allies, informed the stranger.  The Preacher was told to seek out the Lawmen, the only force capable to banishing these abominations to the fires of Hell. 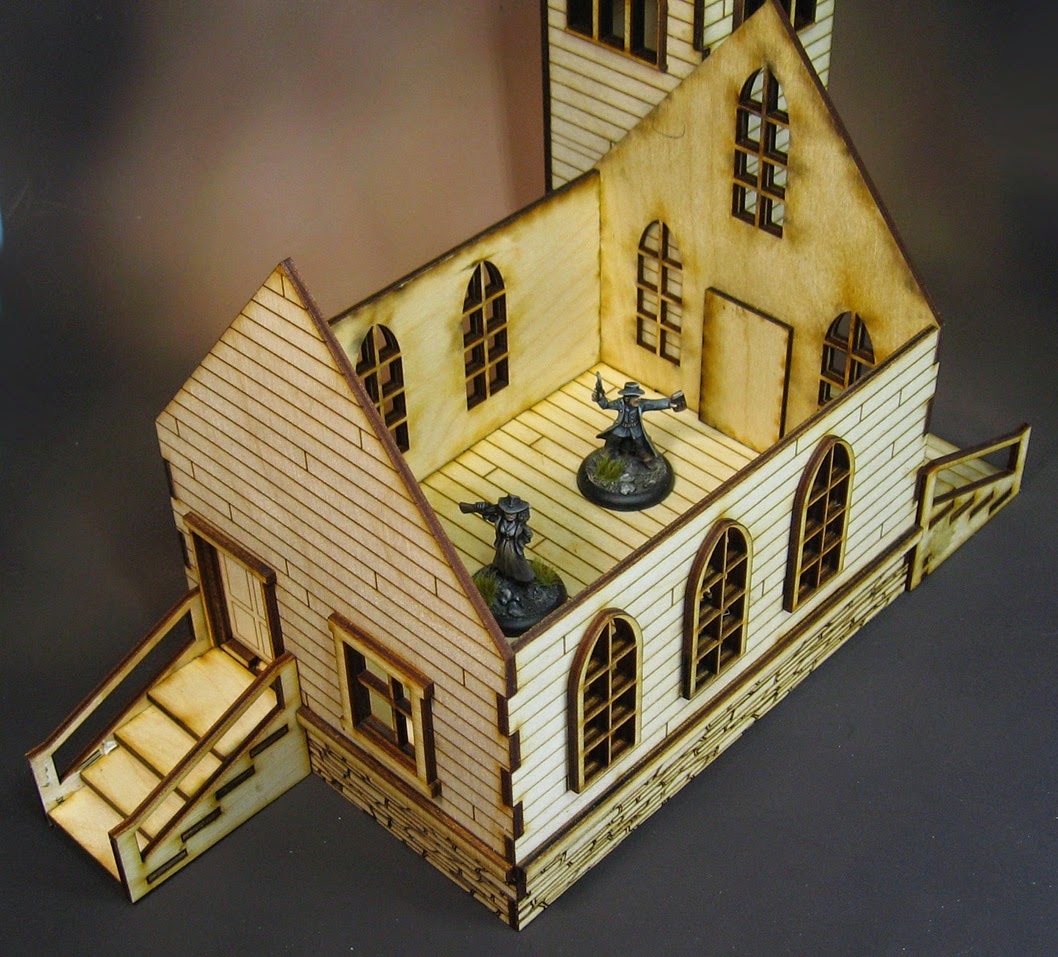 The cloaked figure left him with a final vision... dozens of shambling figures, distorted, bloated and filthy, rising from the graves recently dug in the church cemetery. 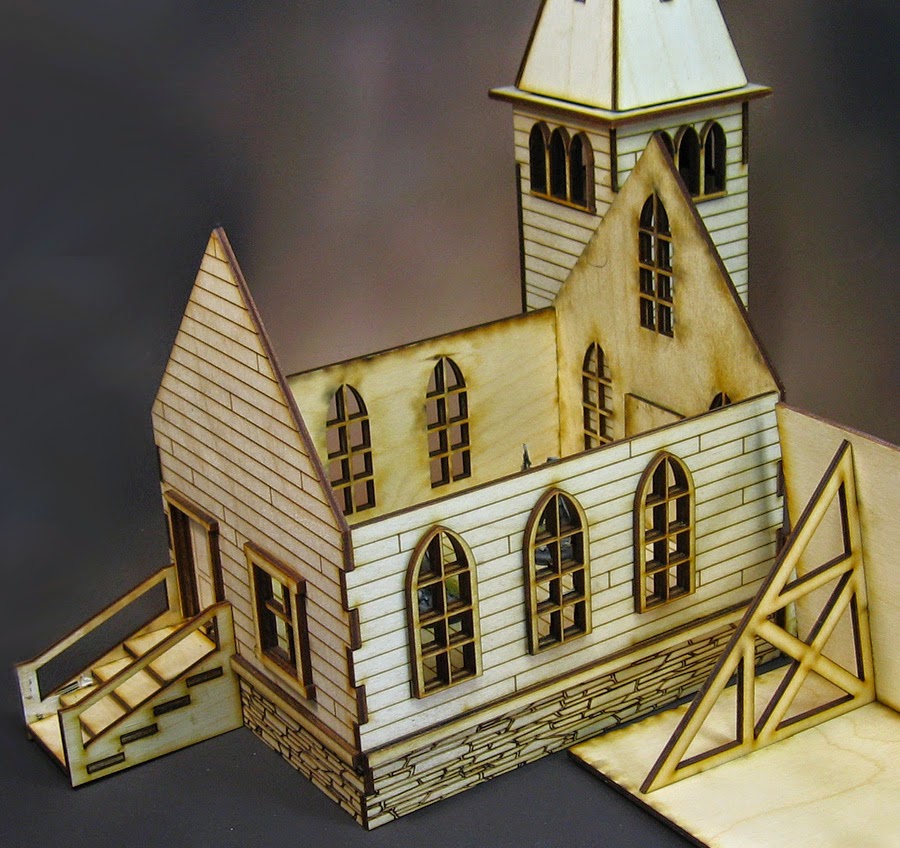 These recently departed were even more horrible on closer inspection, as the Preacher saw what he thought were metal gears and rods... animating the walking corpses like puppets.

The Preacher on that very spot vowed that he would stop this devastation, at the cost of his own life if need be... even his soul. 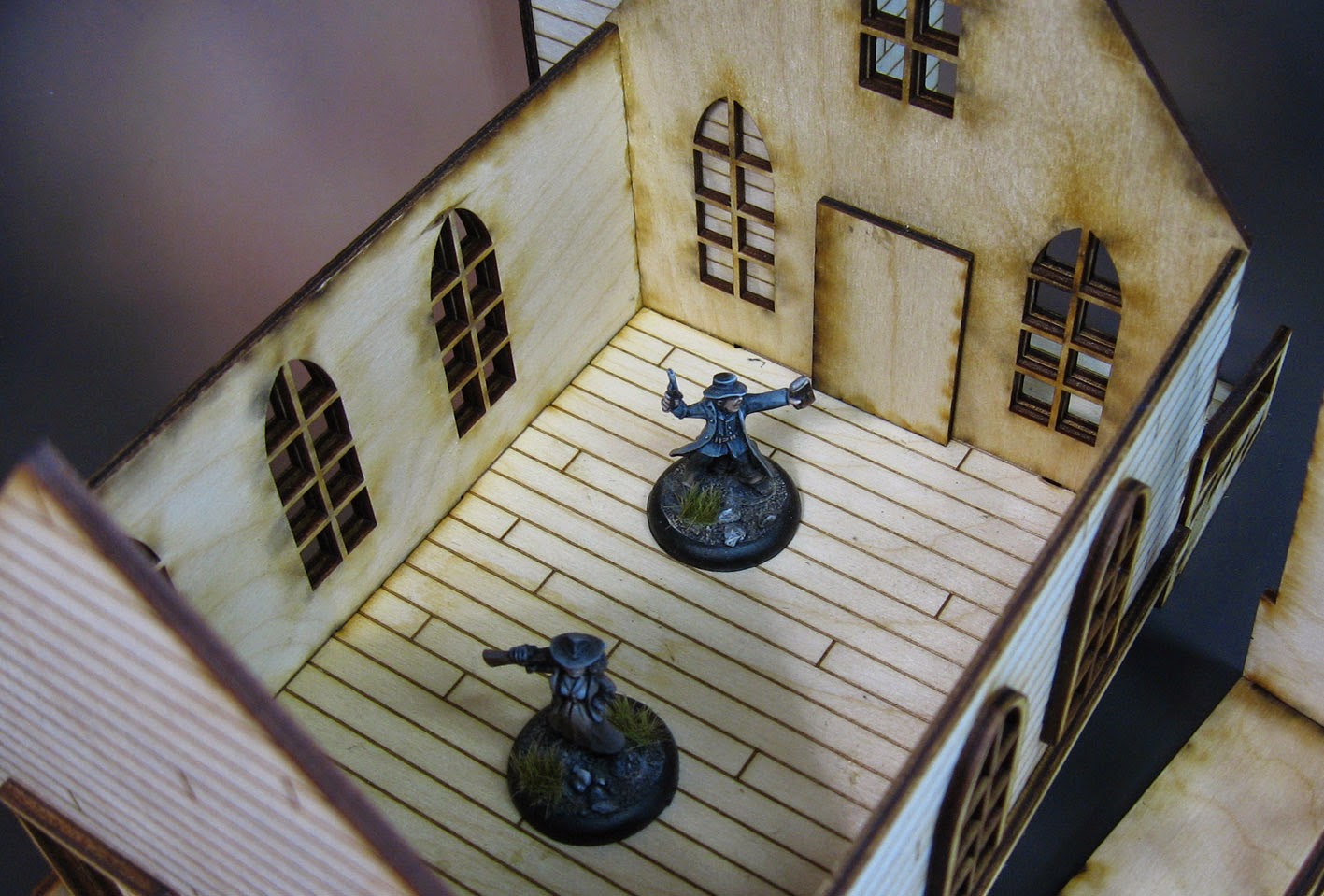