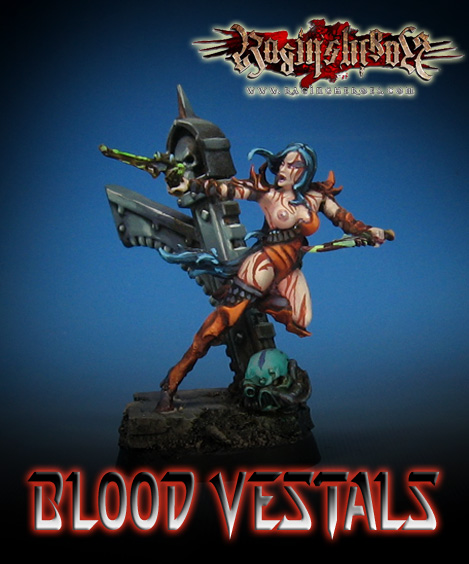 Some of the earliest figures that I painted from Raging Heroes were the fantasy Blood Vestals, followed quickly by the Sci-fi version.

Since then, wonderful new lines of sculpts have been added to both sets, creating two huge ranges of figures.  I have done articles showing those amazing sculpts, which include ridden monsters and other incredibly elaborate kits.

I'm really looking forward to both the fantasy and sci-fi sets, because they are designed as complete armies, covering all aspects of a build.  There are amazing characters and monstrous creatures that are coming, which should lead to all kinds of very fun painting opportunities.

I enjoyed how dynamic all of the Vestals were, as it meant that some dramatic basing would be the order of the day.  While this base has a very simple setup, when combined with pose of the figure.

By setting the angles of the figure and the terrain piece at opposites from each other, I was able to make the action seem even more intense, and have the figure truly seem as if it were running.

The terrain element also acts as a physical counterweight to the figure, allowing it to hang over the edge of the base somewhat without falling over.

I'm certainly going to continue with these ruined urban bases on the upcoming figures!  While all types of basing are interesting, there is something about urban basing which really catches my attention.

That must have a lot to do with the fact that I live in a large city myself, and it's easier for me to visualize ;-) 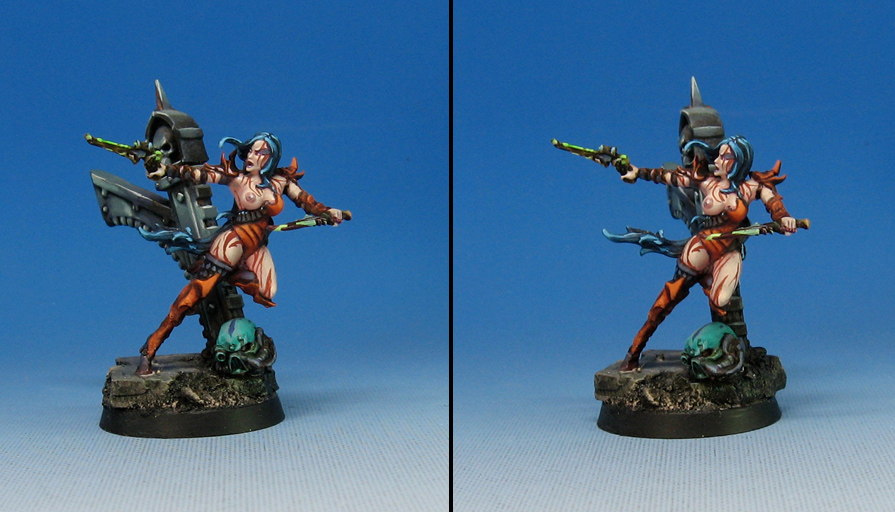