She's such an Angel (WIP images) 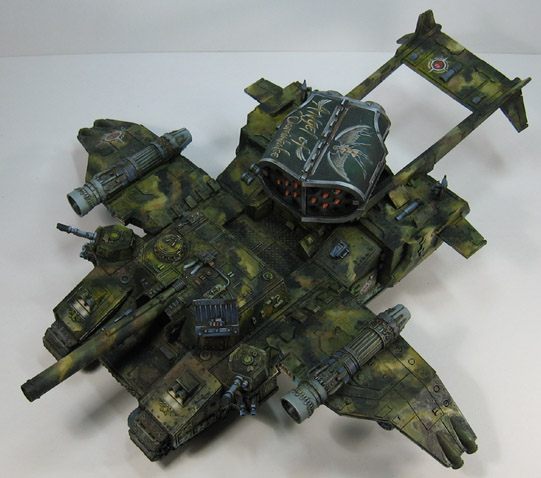 Some of you might remember from a while back that I posted a bunch of images of a very unusual item.  It was a pretty insane kit bashing of a vehicle for our Inquisitor Role Playing group.

John and Larry donated lots of resin and plastic pieces for this insanity.

This is how the vehicle looked when we played our last game with it... I never got to finish the painting.  Just get it looking adequate enough to play with :-) 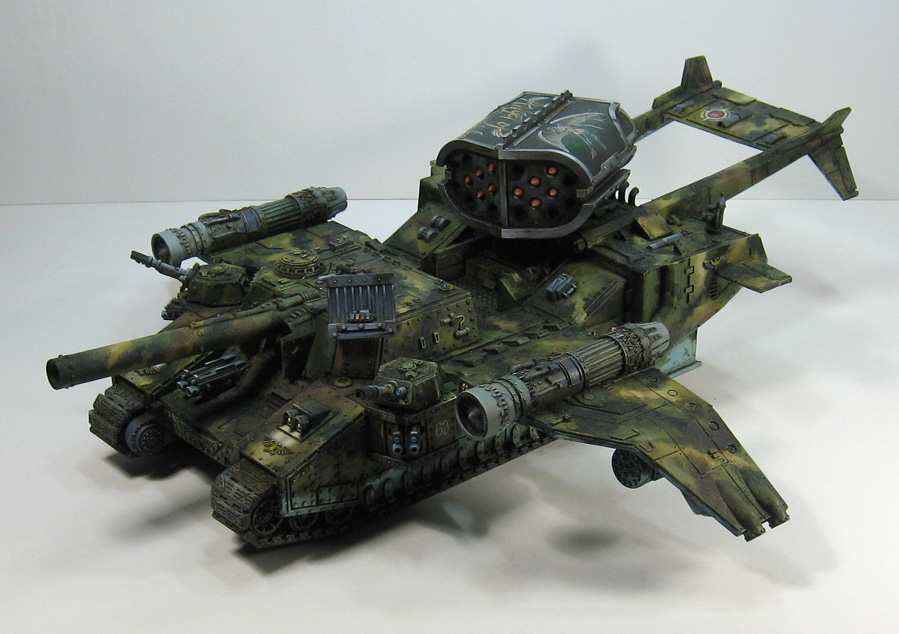 This is the vehicle our retinue traveled in, and also fought.  It could fly and hover, courtesy of some Xenos tech hidden within the hull. 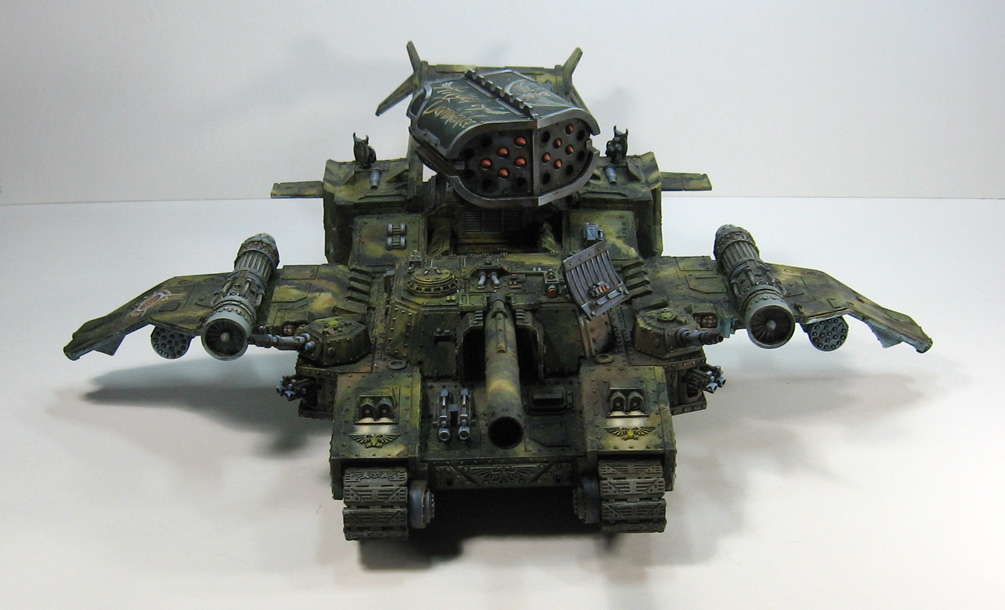 Inside the hull were some other 'modifications', such as the distillery and the wine cellar.  Shells and missiles were just as likely to be filled with such fine aperitifs as they were with high explosives.

In fact, some frequently counted as both, depending on what ingredients were available. 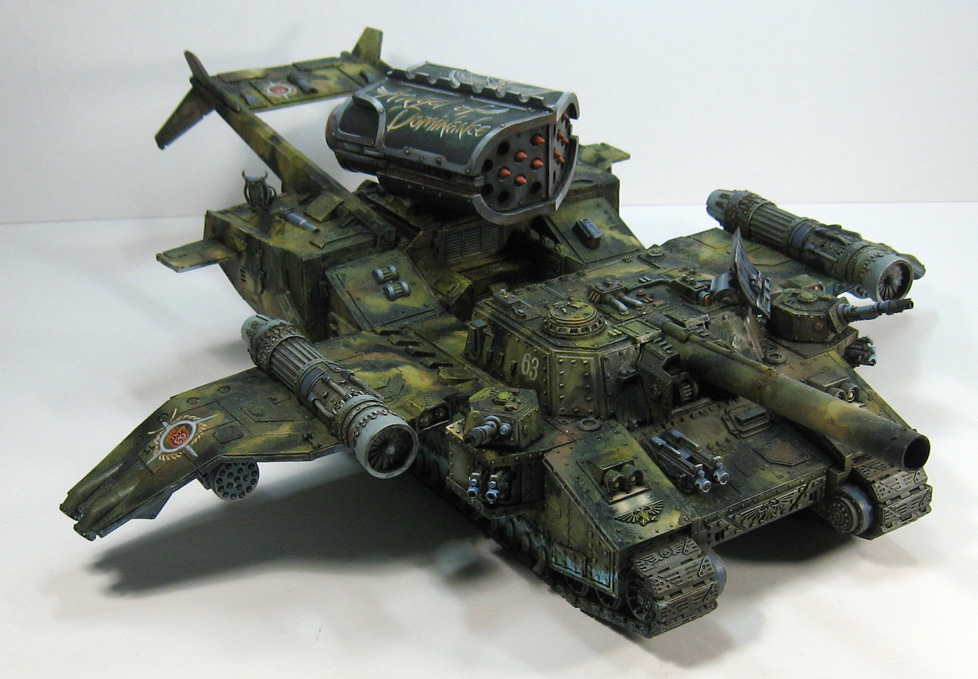 The open area aft of the main gun was used as a driving rage by Colonel 'Zeke', as he was called.  More on his story in a later post. 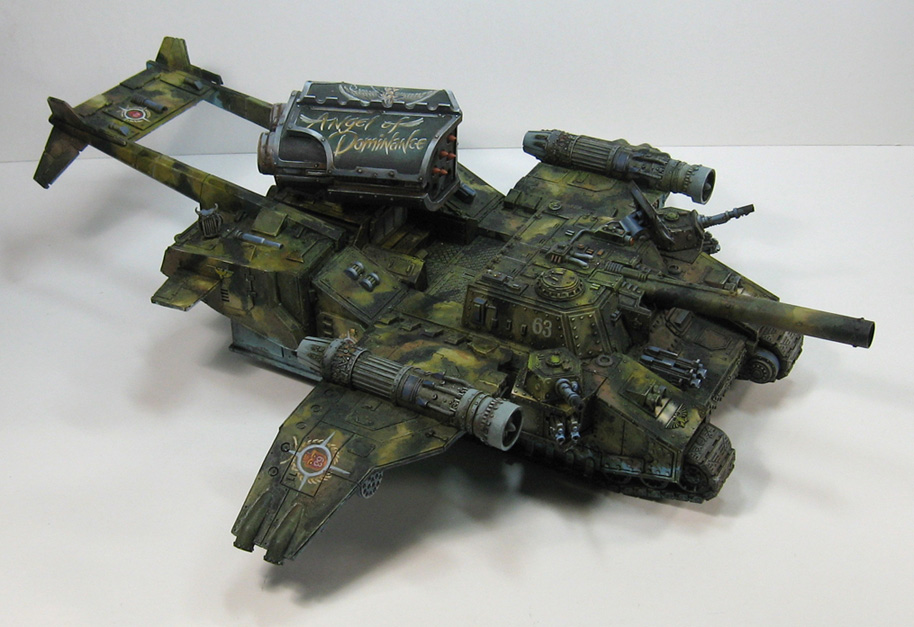 Lots of engines, and an expanded living quarters!

Of course, no Inquisition vehicle worth its salt is without a massive, mutant-exterminating titan missile launcher!!! 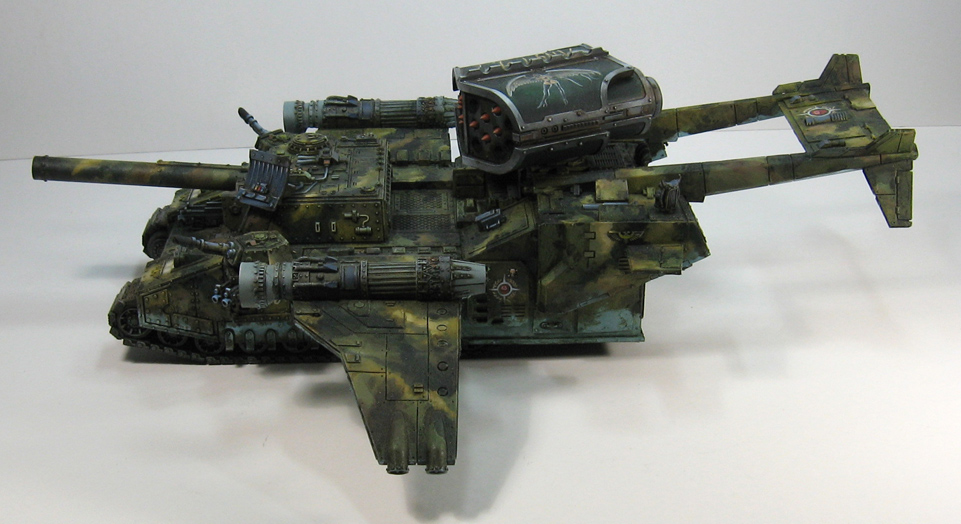 I have more close ups of this coming soon!  This particular vehicle is now part of the I.G. wing of the new army alliance I am building with the Sisters of the Raven.  The icon also appears on the new Secret Weapon vehicles I have painted.

Hey, look, the Render Monster is rendering... again.  Soon it will have a buddy. 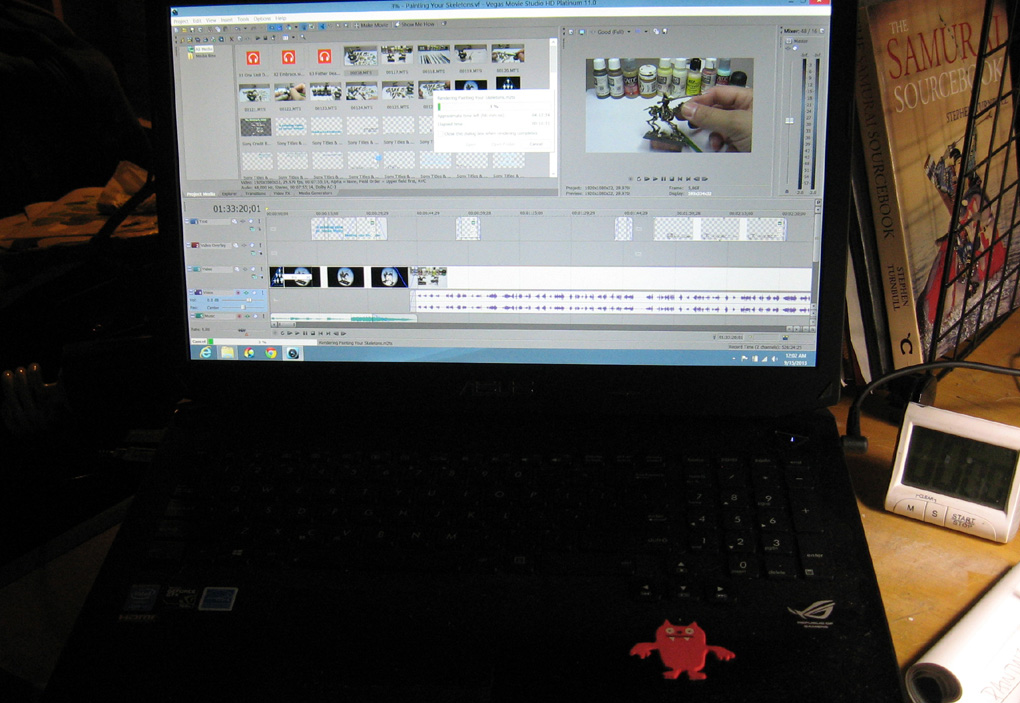 Posted by wappellious at 1:34 AM 8 comments: