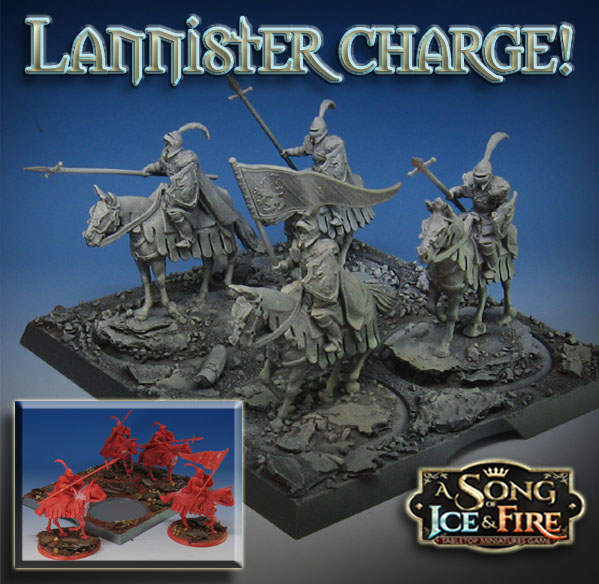 While I have enjoyed all the figures in the Song of Ice and Fire game, the cavalry units in particular really appeal to me .  I love cavalry forces, as you can probably tell by my Lord of the Rings armies!

The Lannister cavalry is particularly ornate, and I have some very fun plans for the painting on these.  Of course, it all starts with basing, and I went through the same process on this movement tray as I did with previous units. 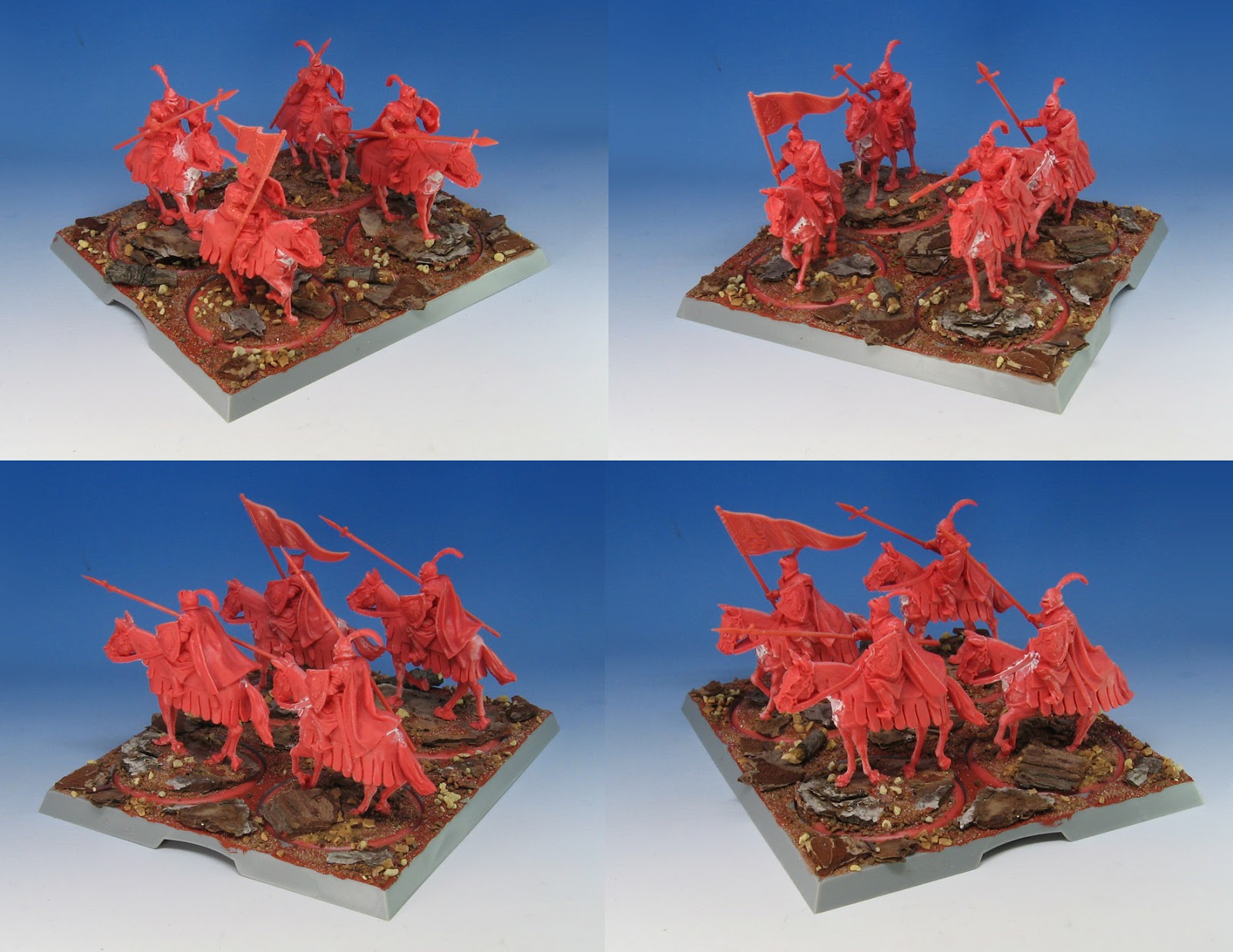 Here's a peek at how the process works.  This is something that I include in every Army Painter video series, including the most recent Series 4 on the Lannister Halberds: 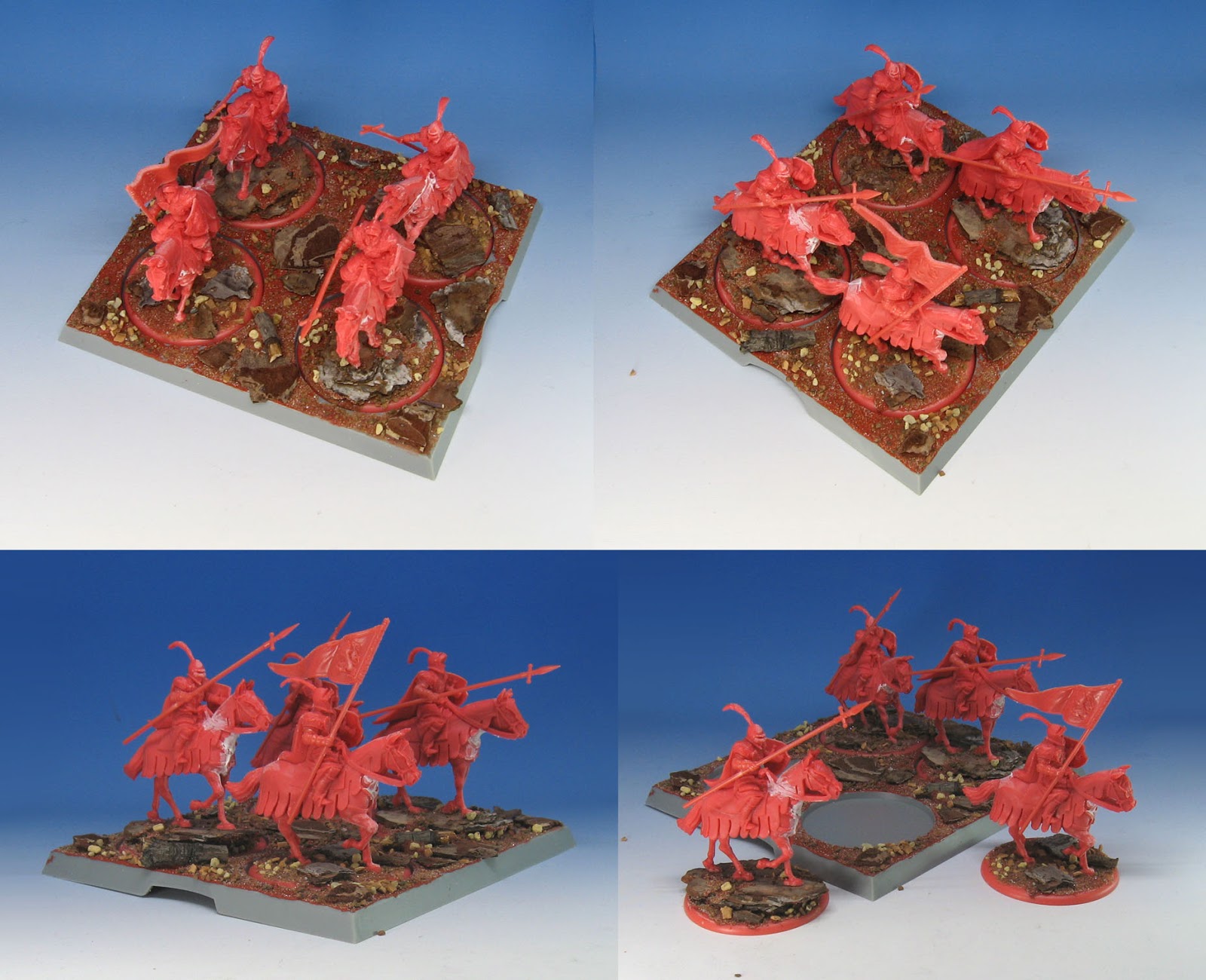 After a few rounds of Badger Stynlrez primer, they are all set for painting!!

I will be making some tutorial videos for the Lannister cavalry as well, since there's going to be a lot of dramatic freehand on the barding, blankets and cloaks. 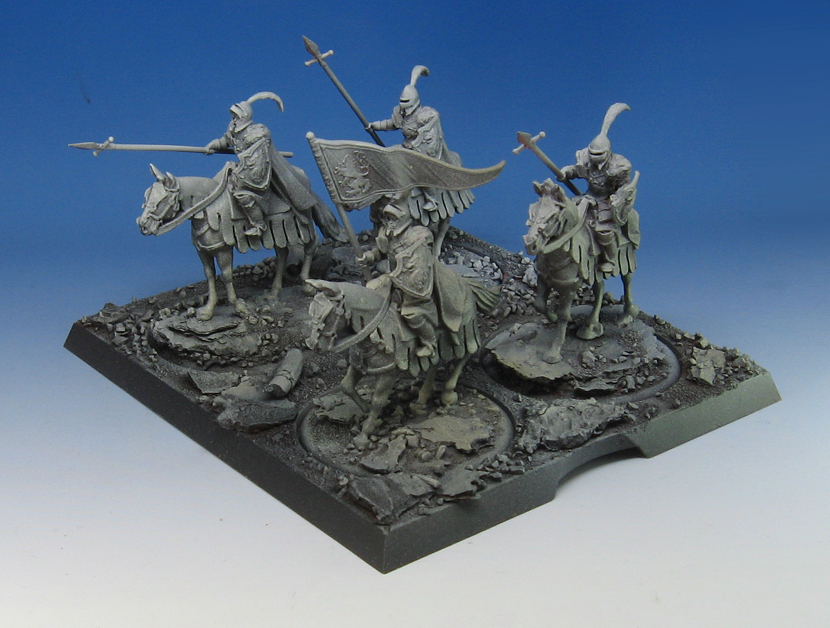 Those will be available to the members of my Patreon Page, some for as little as a $5 pledge each month... along with all the other tutorial videos!  Check that out here: 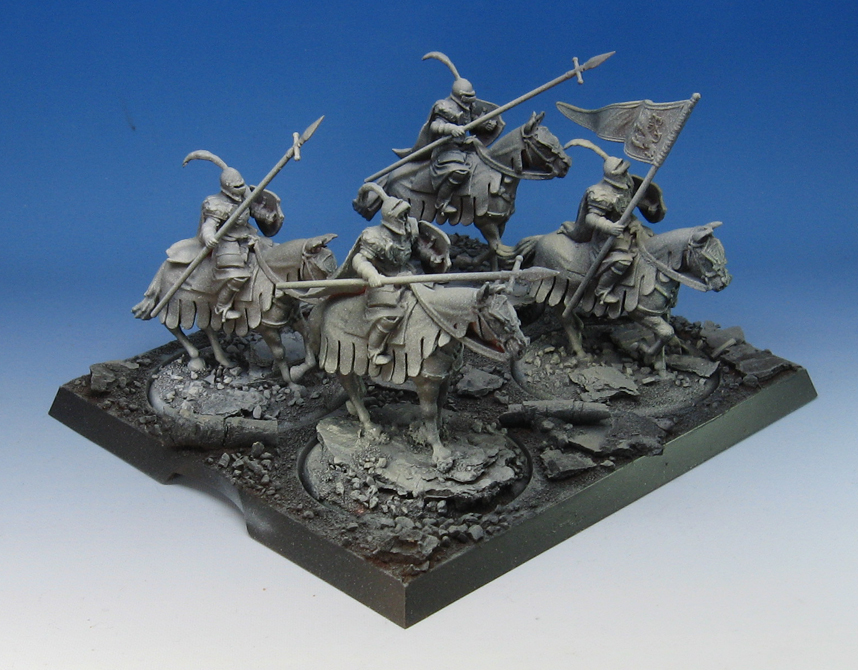 Posted by wappellious at 12:36 PM No comments: