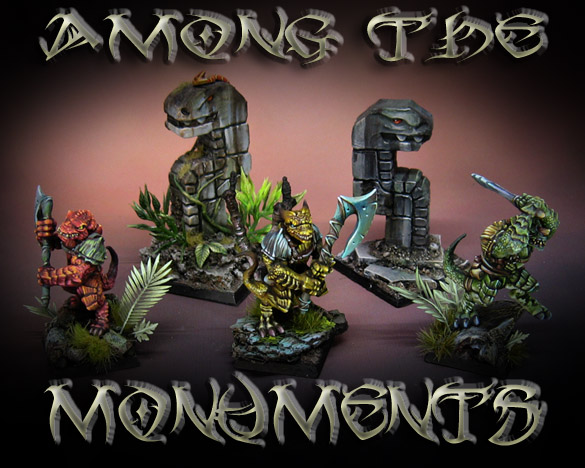 Now that more of the Mantic Salamanders are getting some paint on them, I thought it would be fun to set them up with some of the scratch built objective markers and swarms. 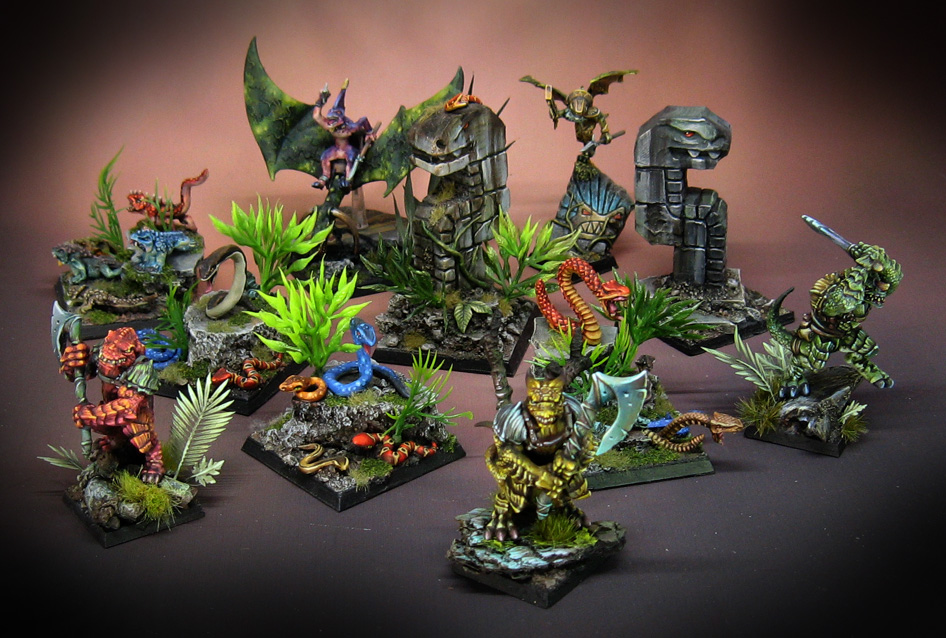 I think I have at least a few units of swarms written into my test lists.  The only time I ever used these swarms was years ago in a special four part campaign that was designed around the Temple of Blood display board. 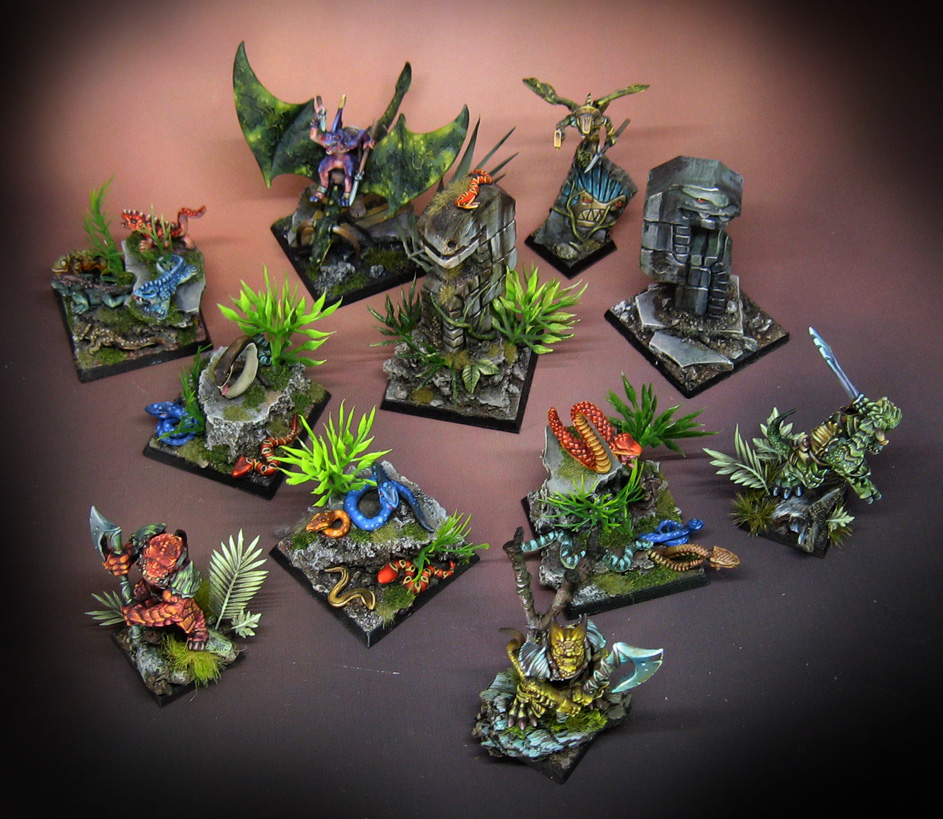 We divided a 4 x 4 table into 16 12 inch squares.  You could advance each of your units ten times, from one square to another.  With each new square you entered, you had to roll on some charts to see what kind of terrain and what sort of nasty critters were waiting for you!

I ended up being attacked many times by angry Carnosaurs and tons of swarms.  At least 12 stands of swarms were created for that phase of the campaign.

And now the three Salamanders alone with the standing monuments. 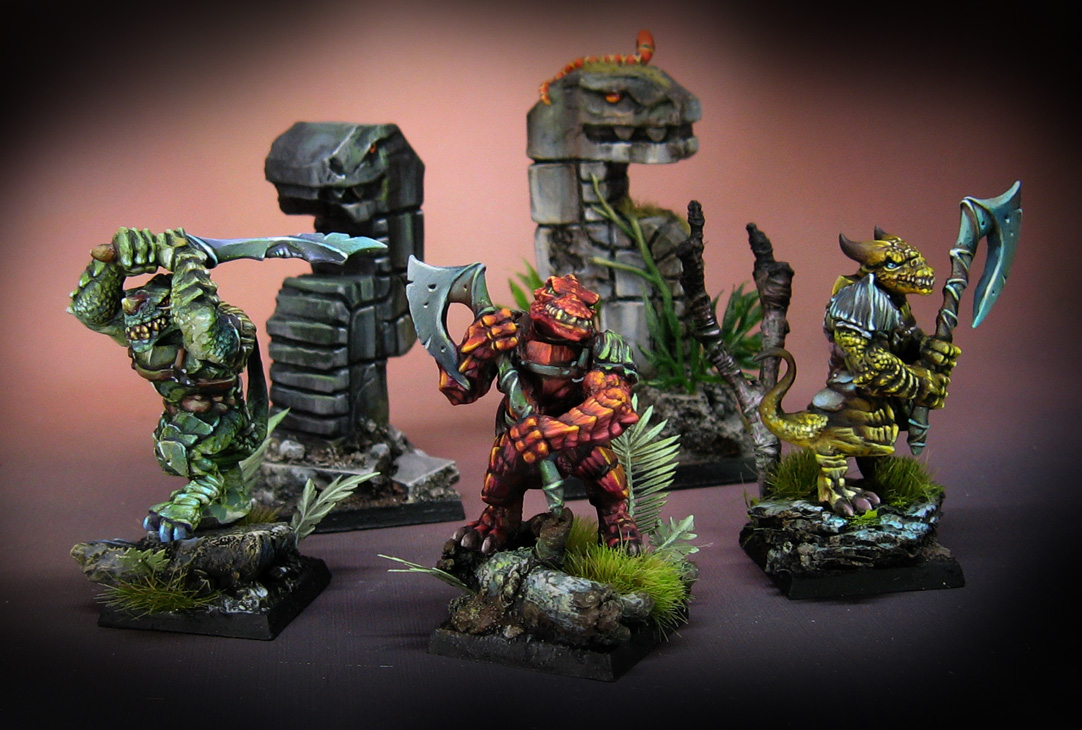 I will have to make a few more small statues such as these, since at least 3 of the scenarios call for objectives.

It is far more interesting to contest something as substantial as these, as opposed to some coins or other flat, printed markers. 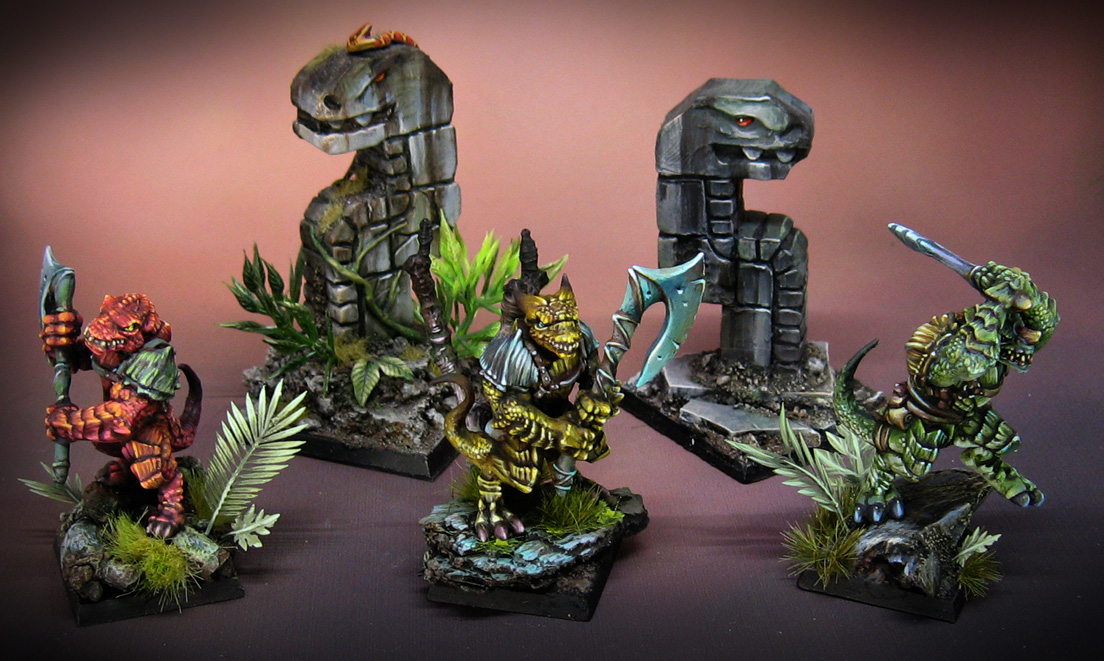 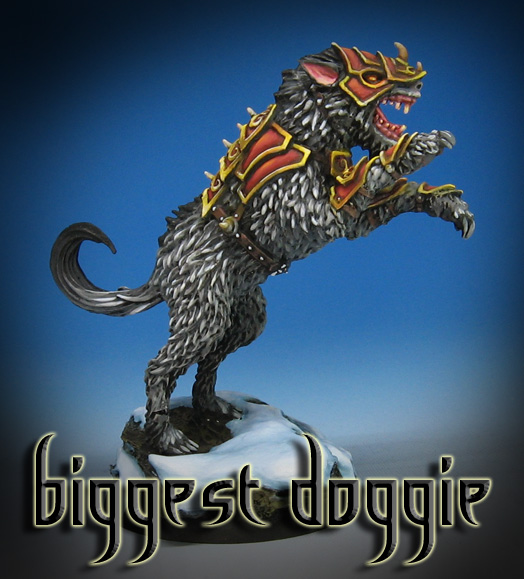 This rather significant chunk of metal was quite hazardous to work with... given his protective spikes!

I actually had to file those down so that the 'red' would only cover parts of the armor plates, and not the whole mini! :-)