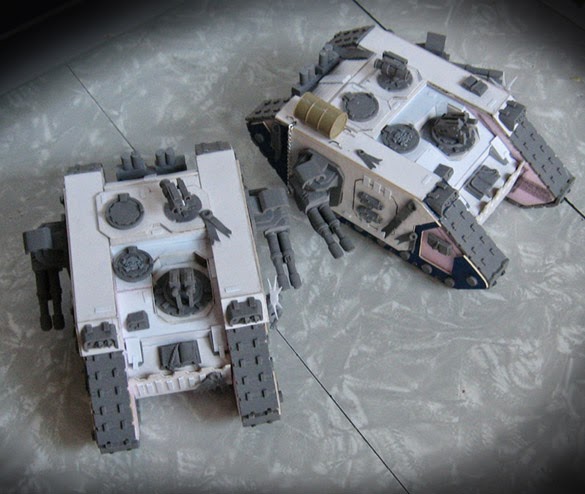 Here are some old pictures of some Land Raiders that I scratch sculpted for my old Demonhunters army back in 2007-08.

I didn't know if I was going to want those in the army, so instead of shelling out lots of $$$ to find out, I used chunks of scrap matboard, pink foam, and sculpey. 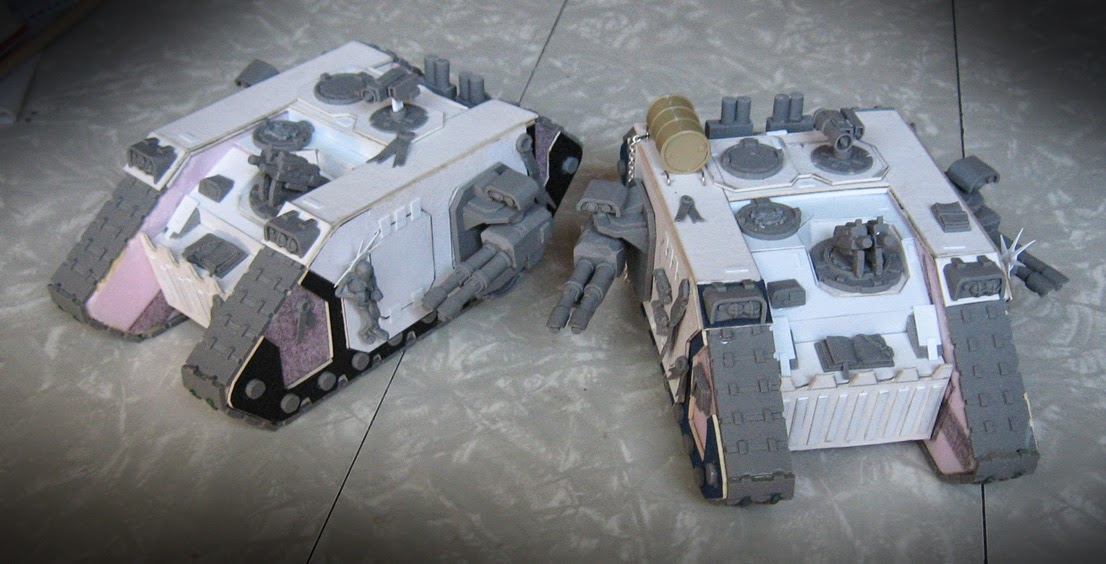 I used a special kind of sculpey on this project... the same type that I used on the scratch built dreadnoughts.

This was a special extra firm sculpey that is often used for movie mock ups.  It holds an edge very well, but it not too hard to sculpt.

It can also be sanded and carved very nicely, as opposed to the Sculpey III, which is very hard/rubbery. 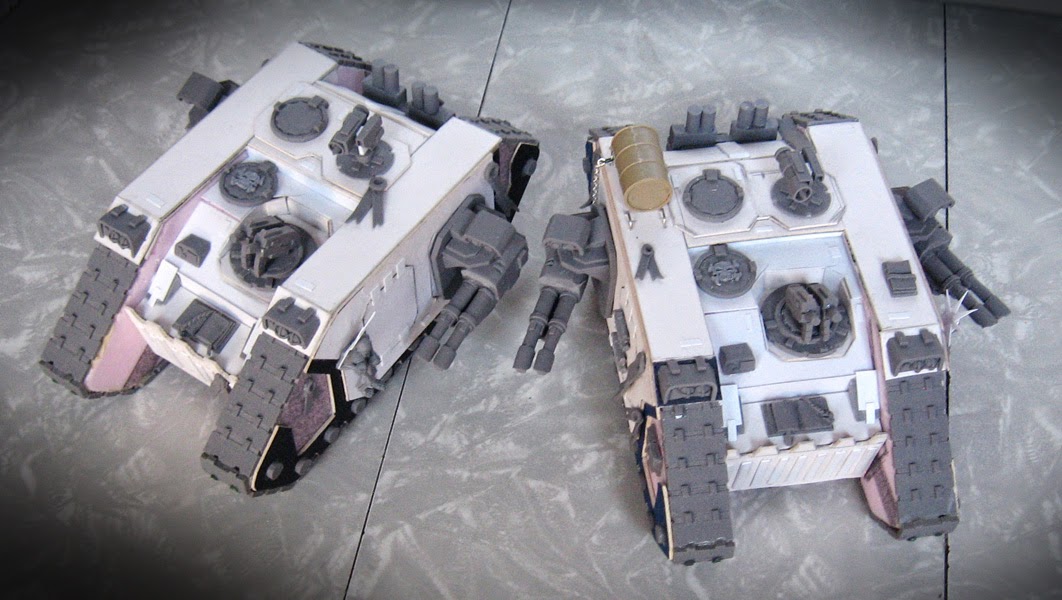 I ran this though the clay extruder/ pasta machine at various thicknesses.  I could create paper thin slices, which is fantastic for all these little details. 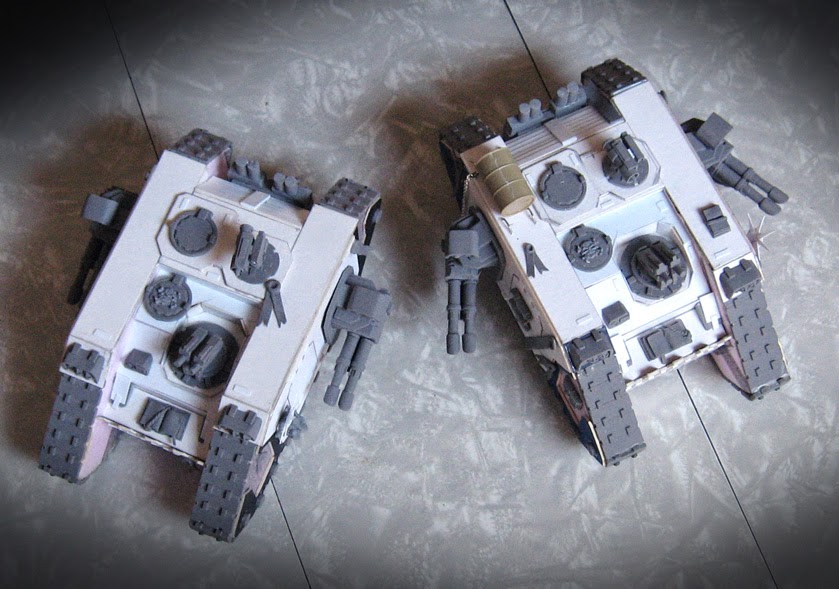 I would build the individual parts, and glue them together.  Ironically, the grey was the same color as plastic parts!

These were also pretty close to true scale.  Just like the scratch built Chimeras, people had a hard time telling what they were.  Some just assumed they were Forgeworld conversion kits. 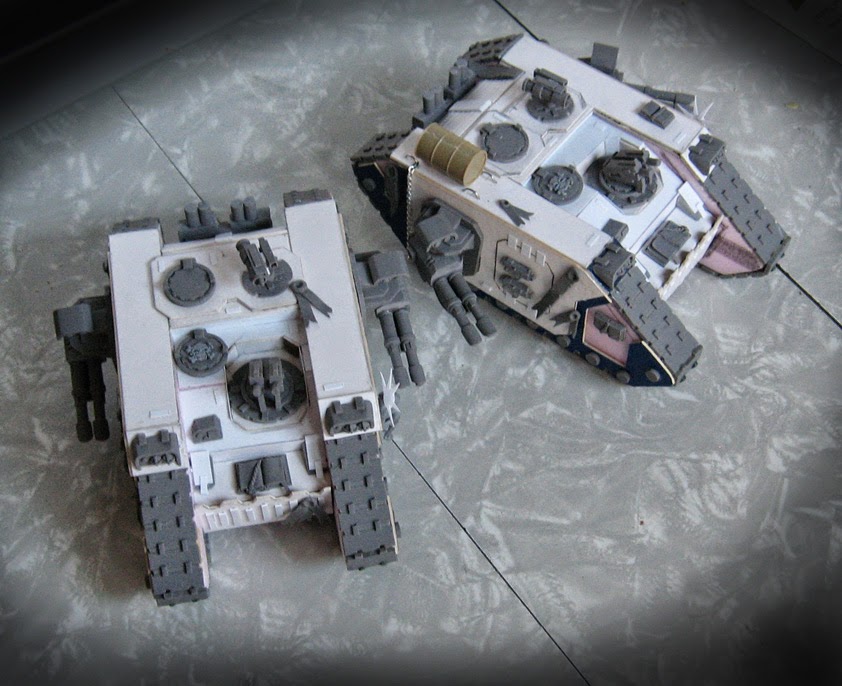 I will show you some pictures of what they looked like painted!

And yes, they did see some major use on the battlefront...

Posted by wappellious at 3:06 PM 2 comments: 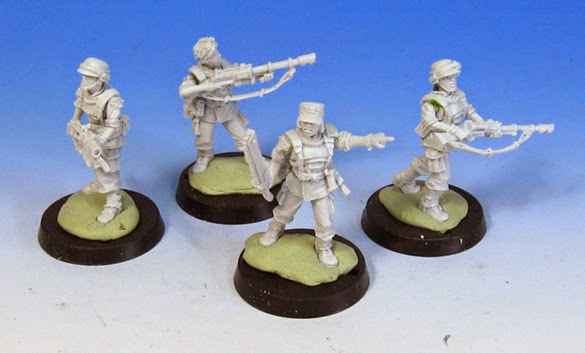 OK, we have the female Arcadian Rifles unit from Victoria Miniatures assembled.

Now let's break it down a bit. 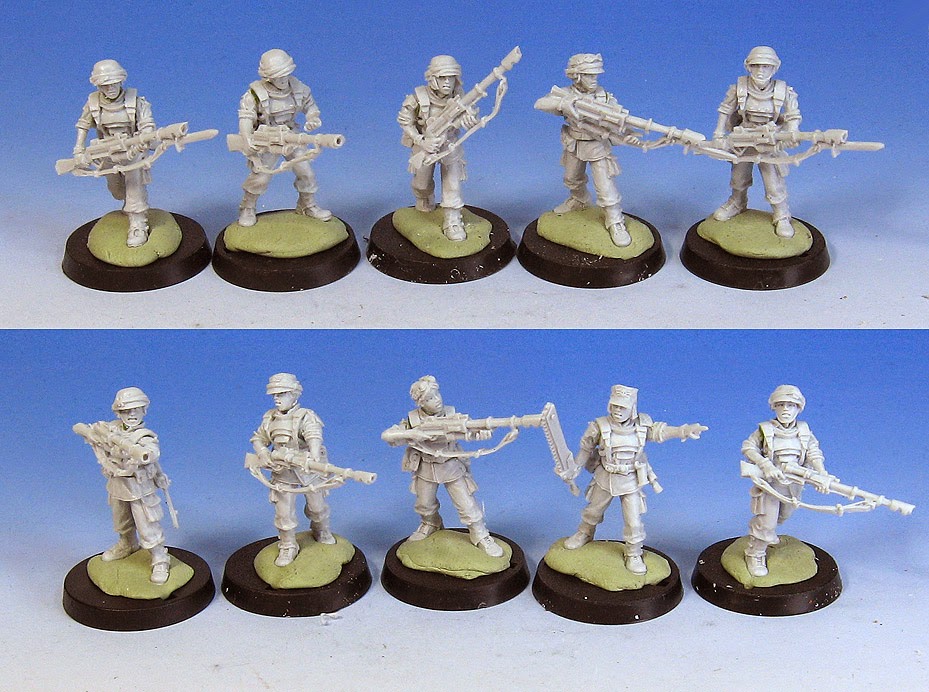 There are lots of options available in terms of posing, weapons, heads, and so on. 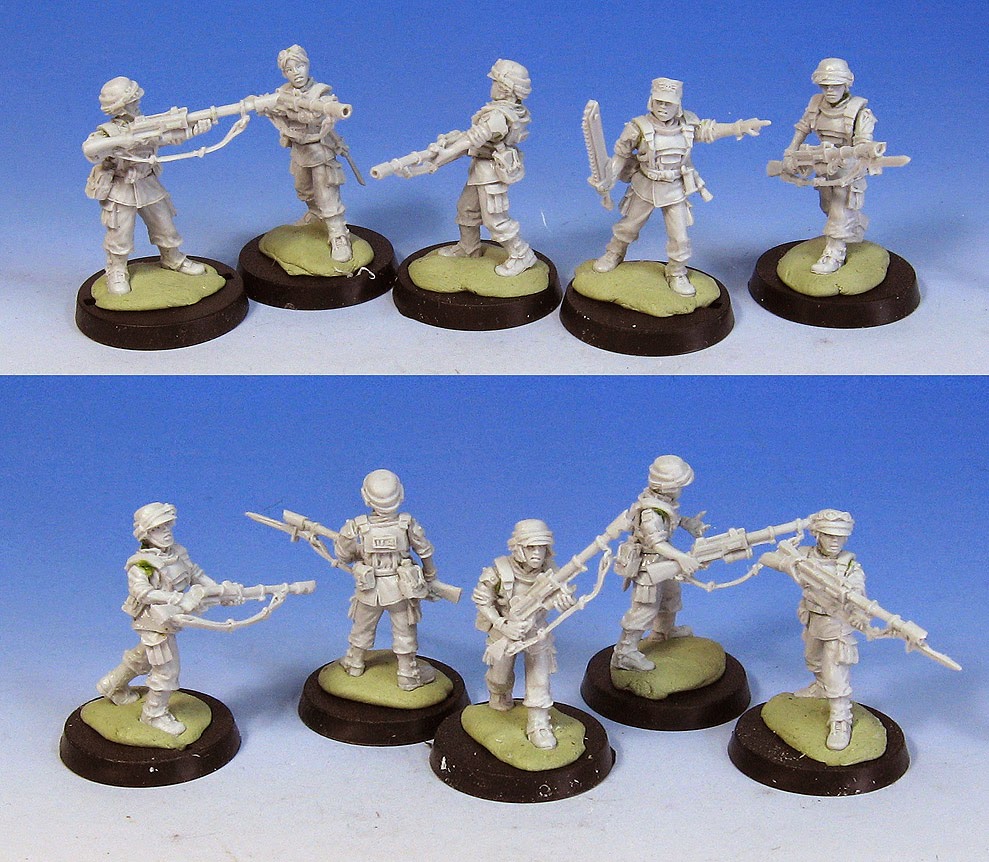 I really love the head for the Sergeant! 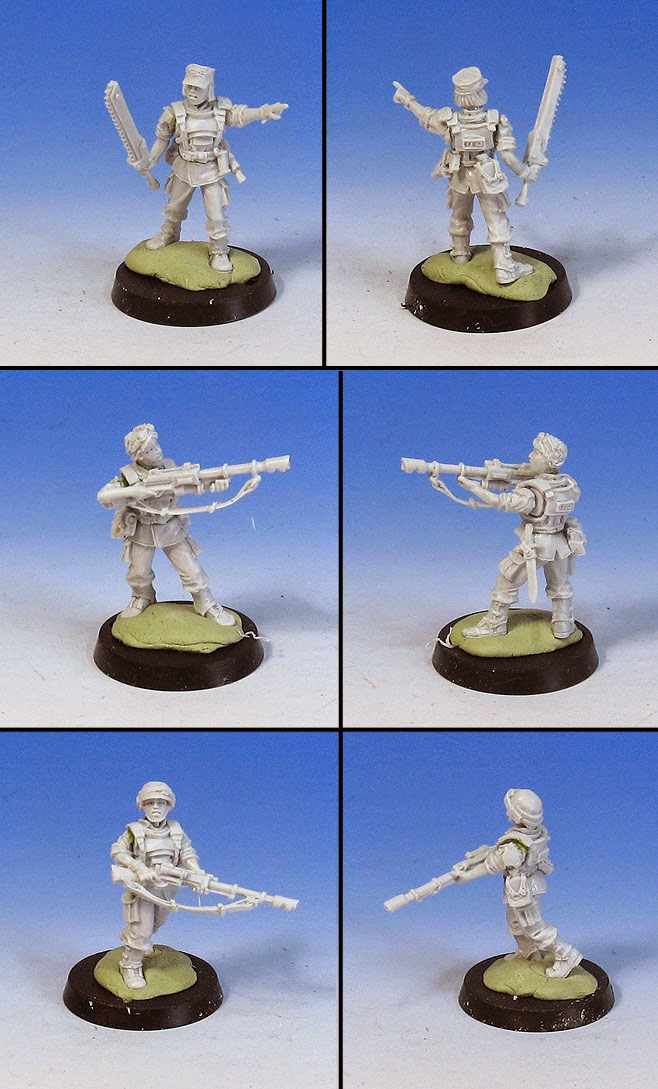 Again, these are all to scale when compared to the male Arcadians, which is really incredible!  I will show that comparison once I have the other squad assembled.

Fantastic stuff from Victoria, as always! 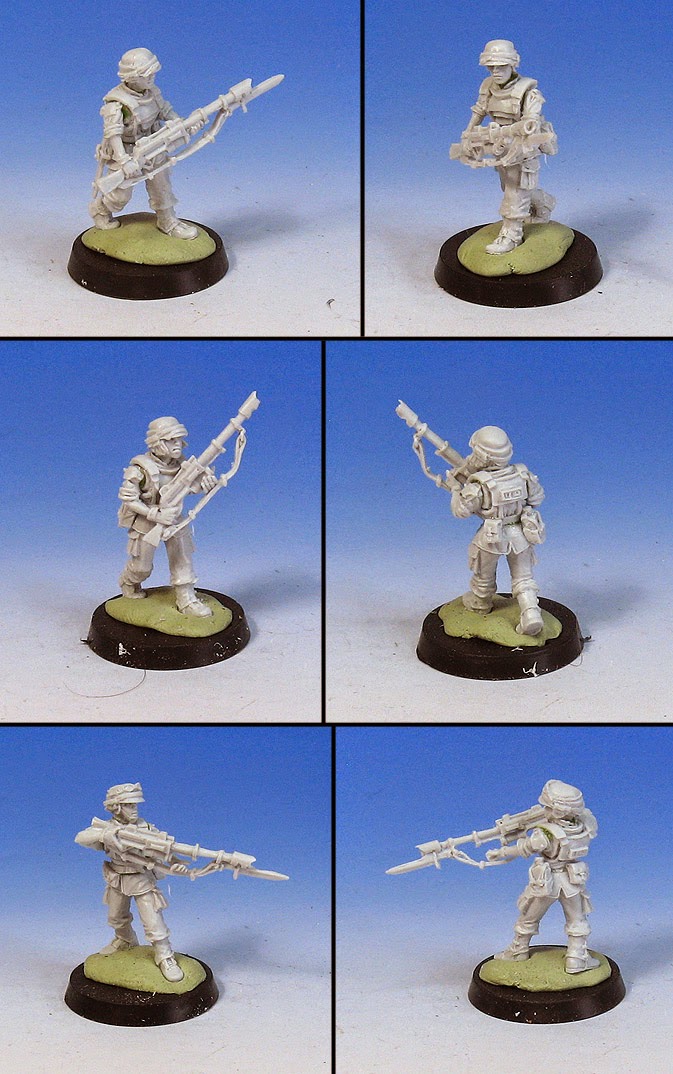 Posted by wappellious at 3:55 AM 8 comments: