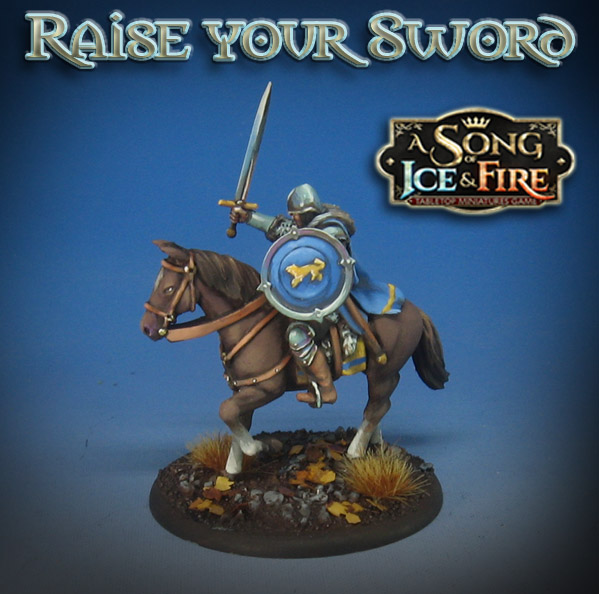 This Stark Outrider has a slight conversion to it... that is altering the angle of the sword arm.  In this case, I am still using the alternate color scheme to give them more of a historical look.

All of the Non Metallic Metals were still done in the same way as the previous sets of Stark infantry.  They were meant to have a shine, but not the same sort of Sky Earth Non Metallic Metals as the Lannister unit that was featured in my latest Army Painting series on the patreon page.  Here's a look back at that unit: https://wappellious.blogspot.com/2018/12/shiny-lannisters.html

As I have mentioned before, I will be featuring the Stark army in the "official" color scheme when I create the how to videos for the Patreon Page.  I will be creating videos for the units and the individual characters/NCU's as well.

Each of the series is usually 10-13 hours of tutorials, which take you from prepping and basing the entire unit all the way through the painting process!  You can check that out here:  www.patreon.com/JamesWappel

Posted by wappellious at 1:09 PM No comments: