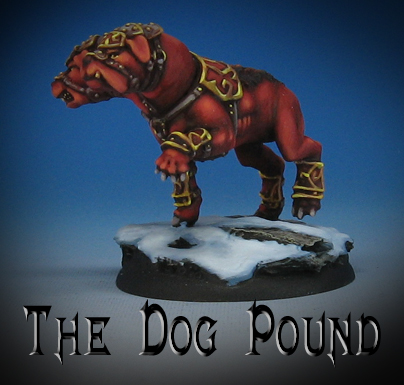 Another one of the Big Dogs for you tonight!

This one is very unusual, since it's not the usual wolf shaped hound.  It did make it kinda fun to paint!

As with all the previous versions, I had to stick to an existing color scheme.

Posted by wappellious at 8:16 PM 2 comments:

A nation of Warriors 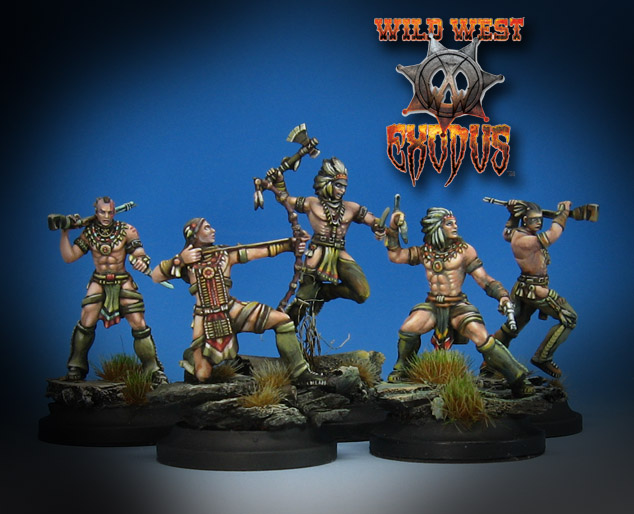 Just a few more Scalpers needed to have a decent sized Warrior Nation posse for all new battle reports! 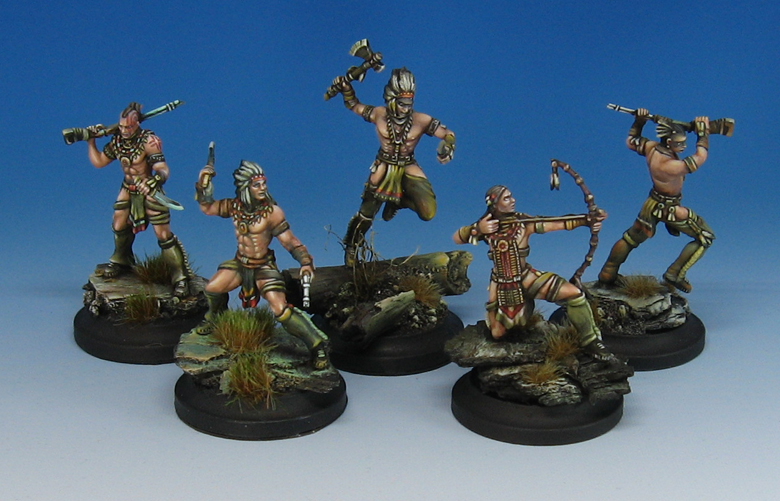 I have tried to leave myself some room in terms of freehand markings, tattoos, and so on, until I work out the rest of the hired hand troops. 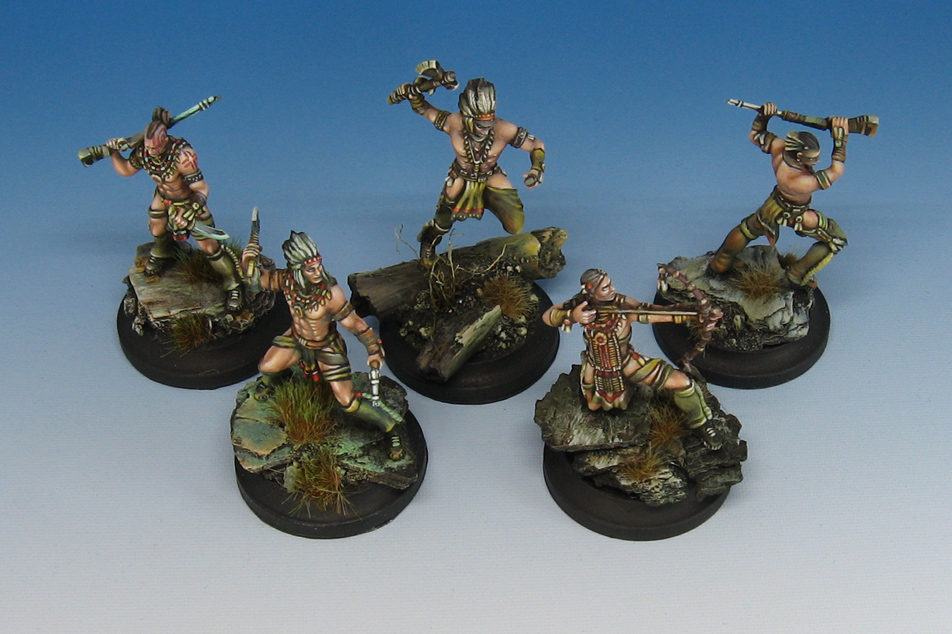 There are certain symbols that I wanted to use, but I will wait until I can make some of the initial terrain pieces, such as totems and tepees! 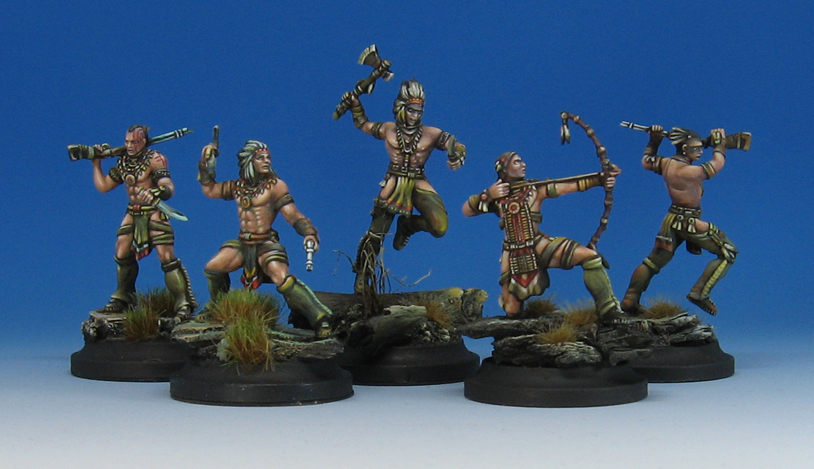 The Scalpers will be the first hired hands that I test out, which will be the opposite of what I did with the Lawmen.  In that case, I focused on the lower level hired hands. 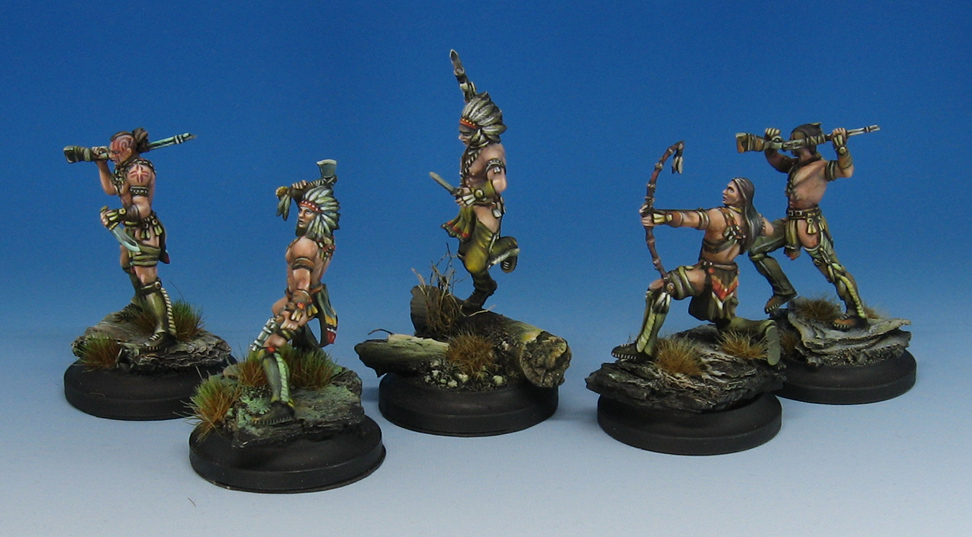 I have not really explored how the points will play out, in combination with the bosses, underbosses, sidekicks and light supports. 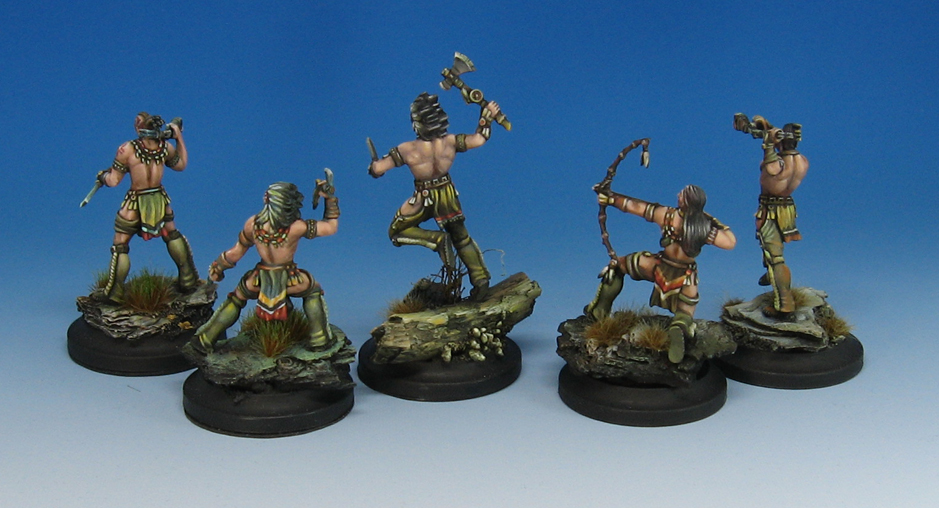 No matter what, I will have to think of these hired hands very differently from the Holy Orders and Lawmen. 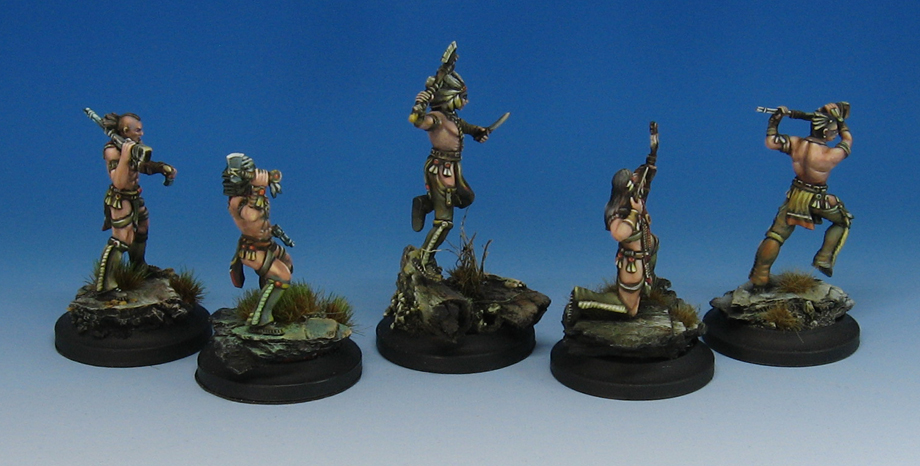 It's very cool to see them all together!  I'm hoping to get at least two more quick Scalpers done for the playtesting and battle reports. 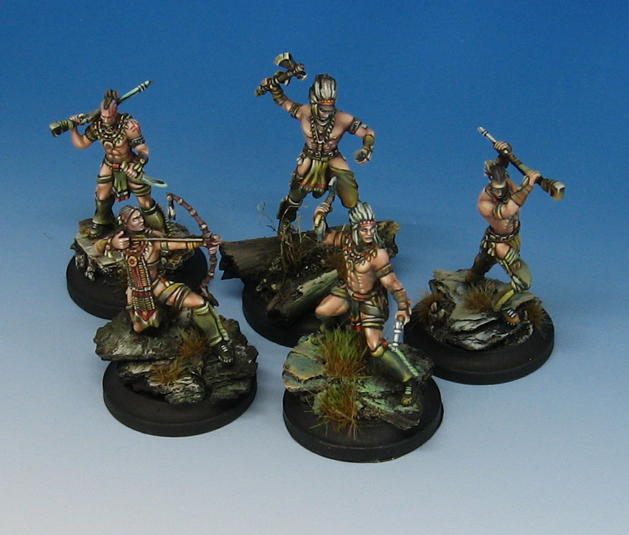 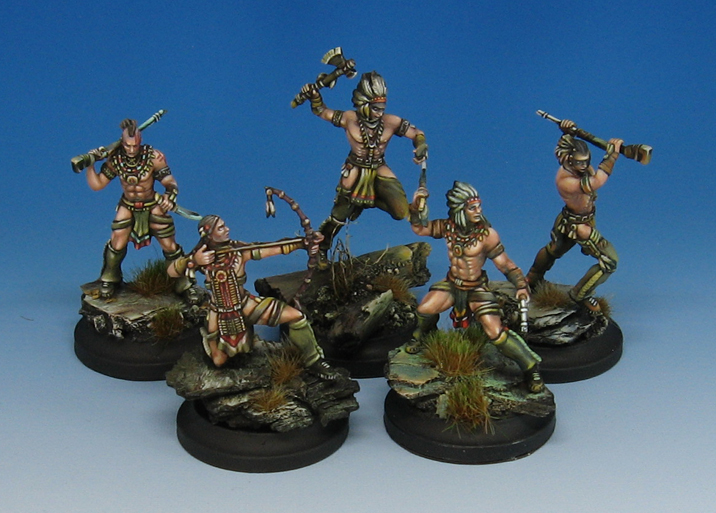 Posted by wappellious at 3:19 AM No comments: