Back home in Lustria 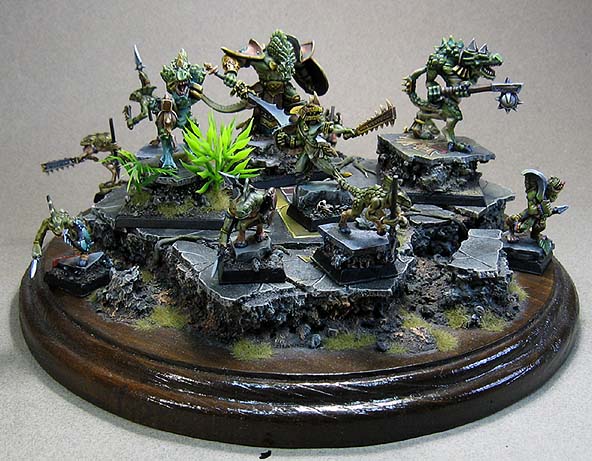 Here are some images shot with a portion of the "Skink Tank" set of figures on top of that display base I showed a few weeks ago. 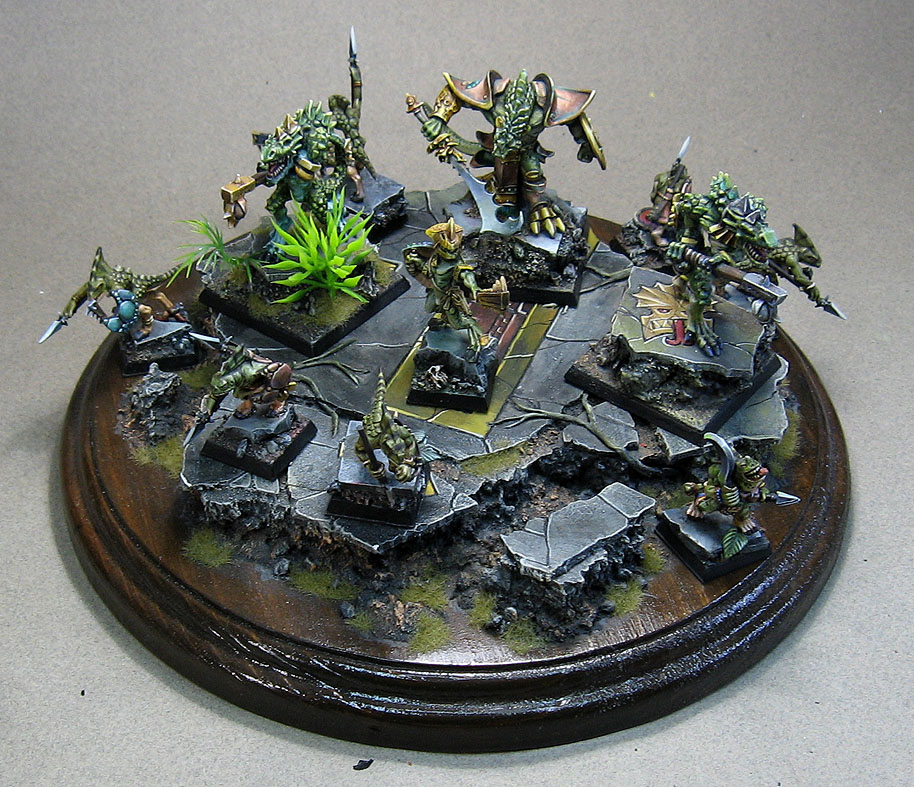 The skink tank unit was huge, with 4 kroxigors and 40+ skinks.  There is a thread here on the blog in the Lizardman section. 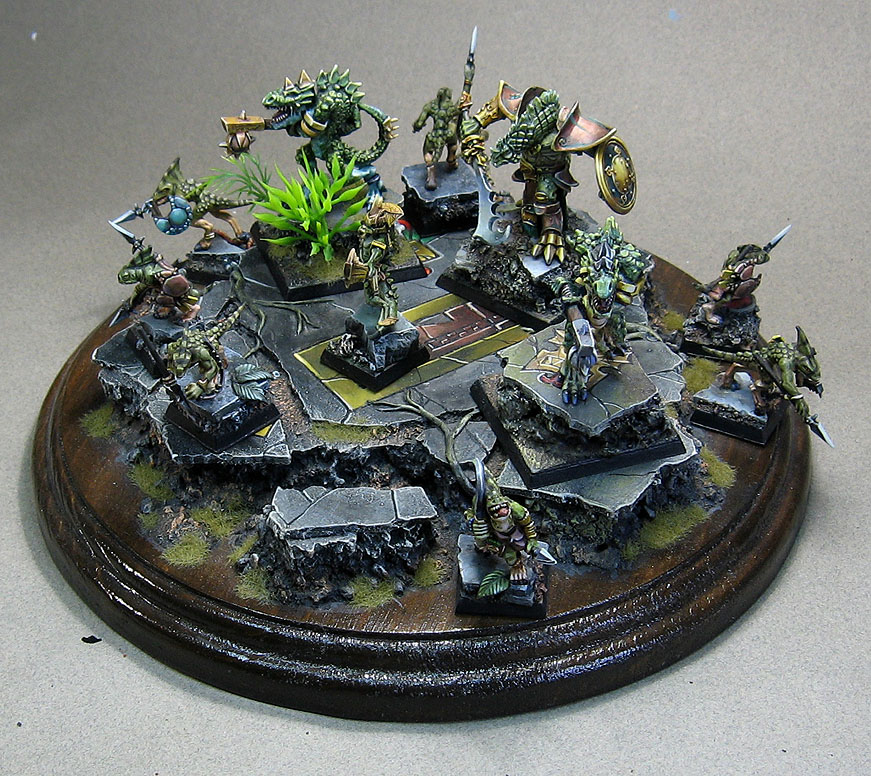 A few of the Kroxigors were also from Reaper... their Reptus line of figures.  I had some characters in this unit, like a skink chief with fencers blades. 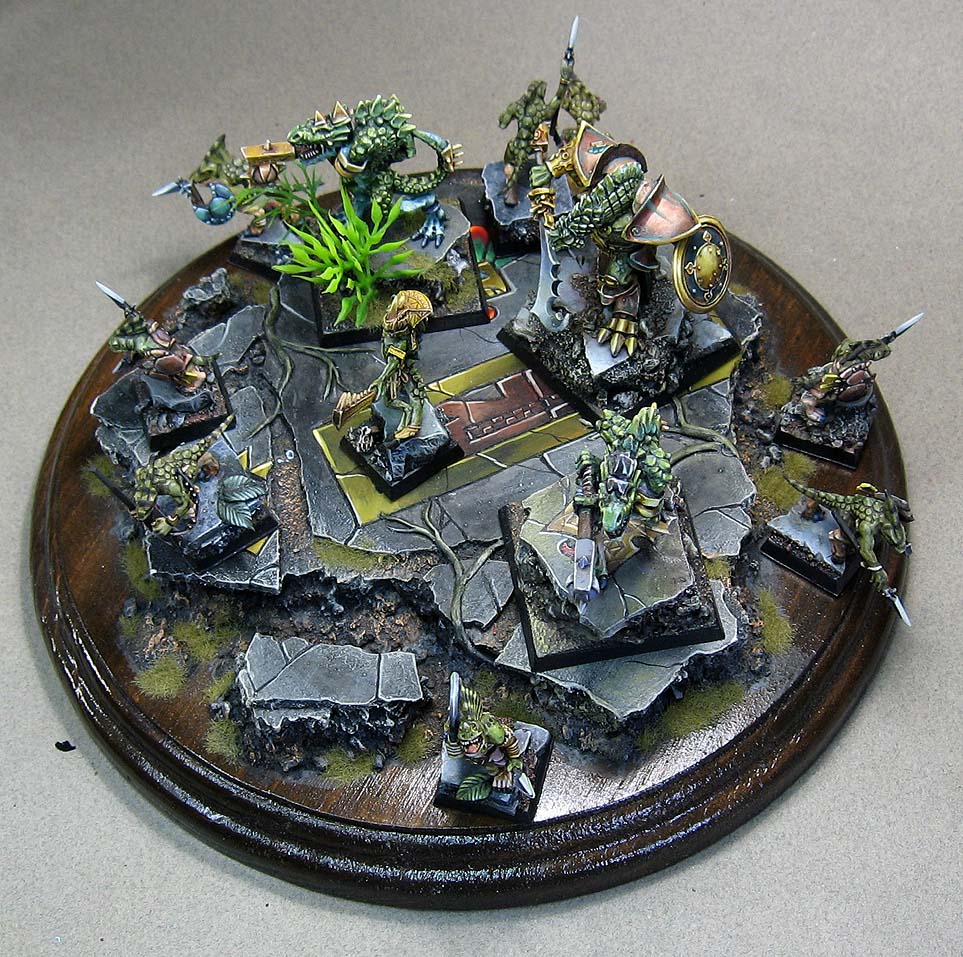 There was usually a skink priest hidden in there as well.  Sadly, the new book will make my beloved Skrox units completely unplayable, so I think I will be breaking those up for other purposes. 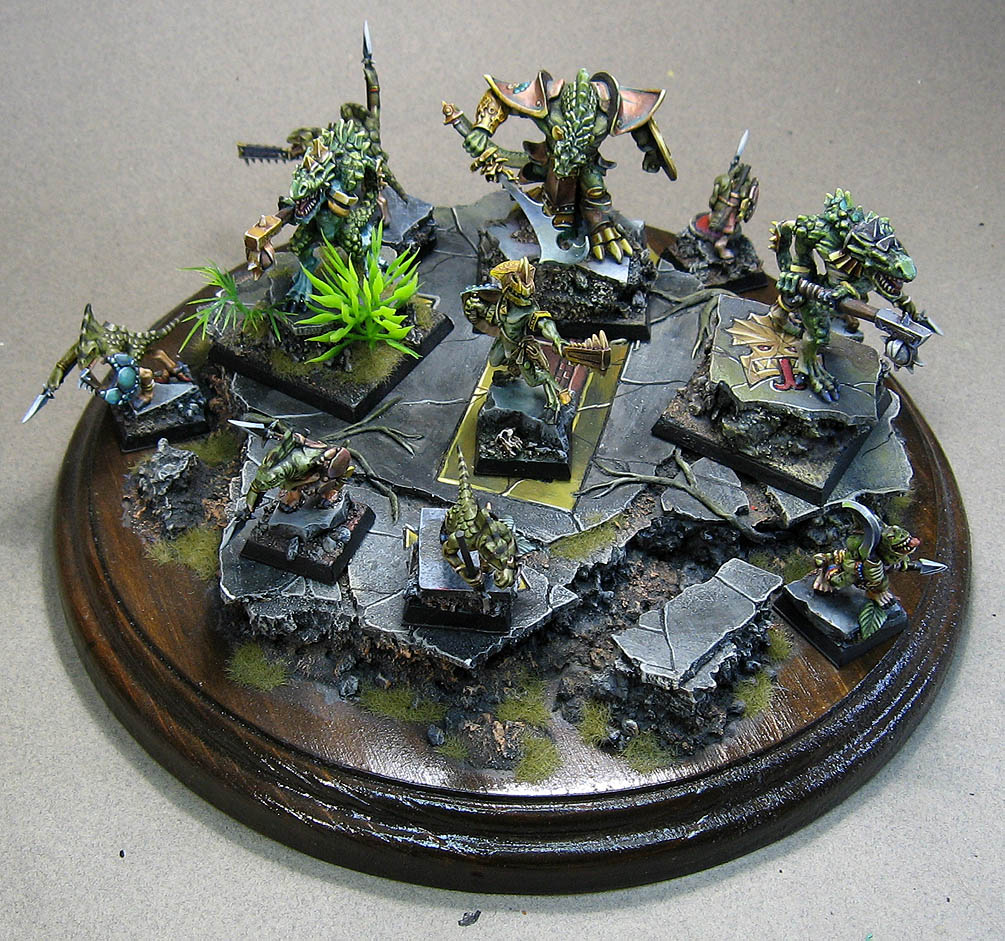 The only way I would have any of those around now is as a bunker for Tetto Eko.

Back in the day, I used to have a bunch of 16 skink, 2 krox units that I called my "Foot Cavalry".  You had something that caused fear (when that actually meant something!), had LD 7, poison shots, monsters, and moved really fast! 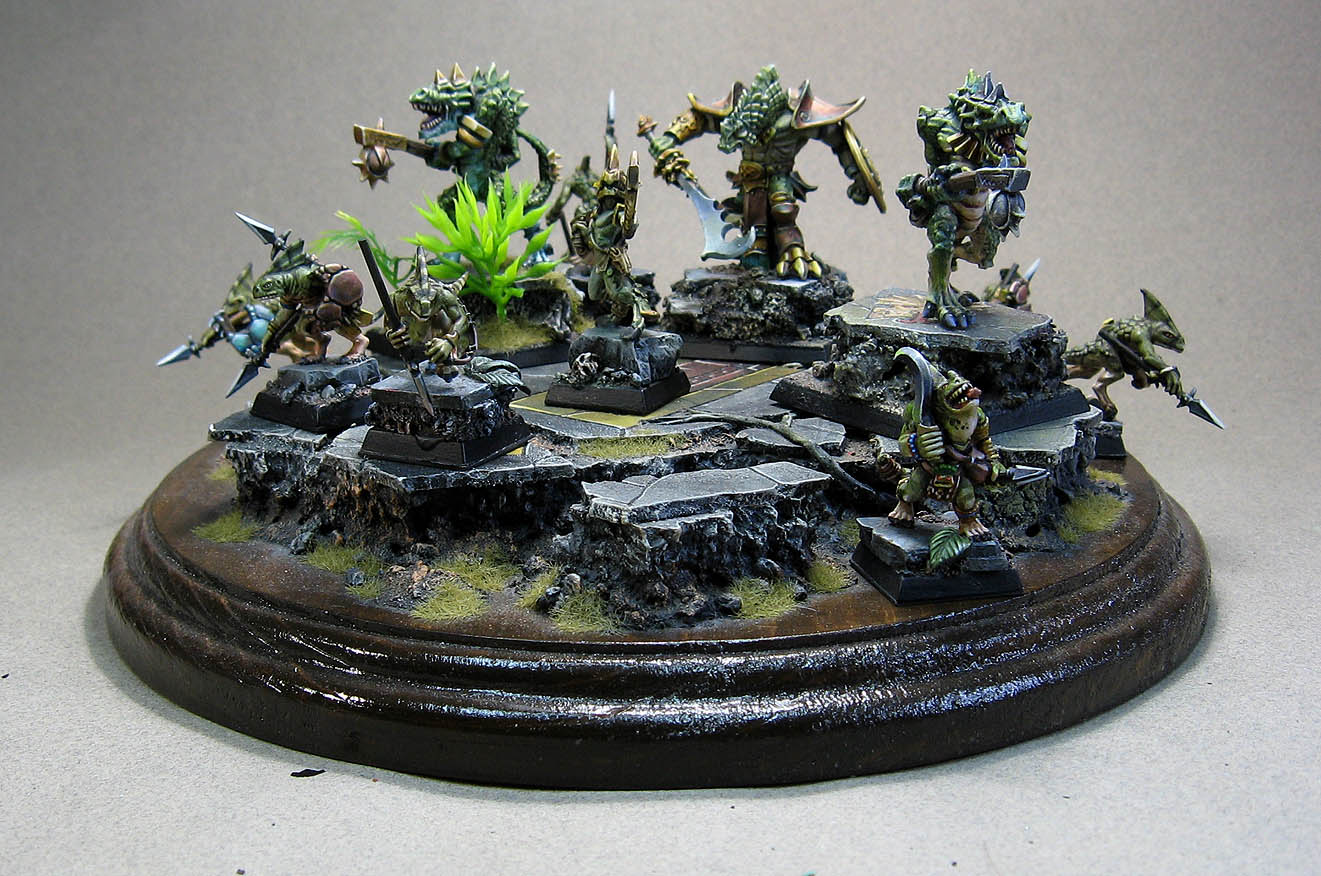 So, maybe it's time to switch to units of skirmishing skinks, or just have a bunch of cannon fodder cohorts that might be able to hold some cheap chiefs.  Those could baby-sit the saurus with the Predatory Fighter deal.

Or, I keep those little units, and have them attempt to charge the units which the saurus might run into... perhaps with certain buffs... 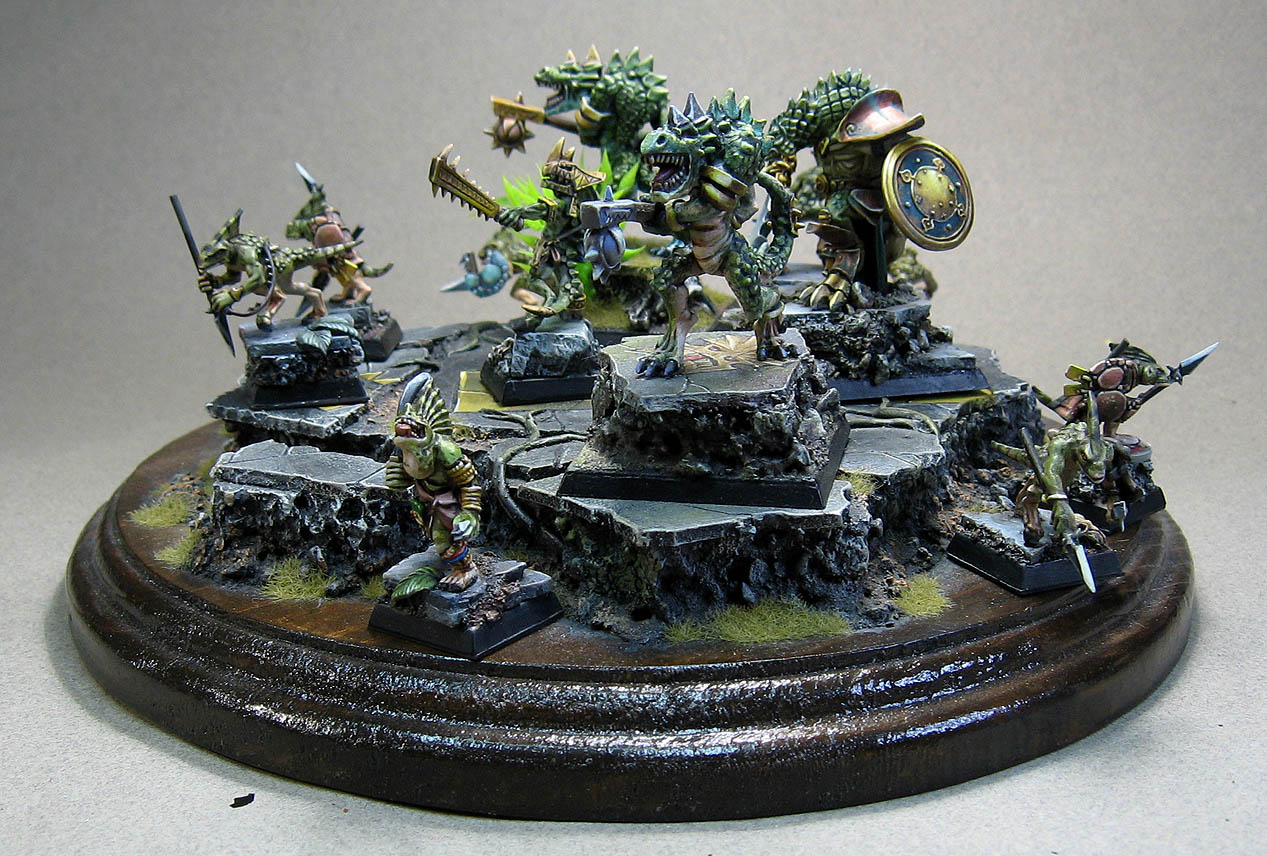 I will try to work in a Trog and some Basties.  I have never even looked at the lore of Beasts magic, so I guess it is time to familiarize myself with that!  Who knows... 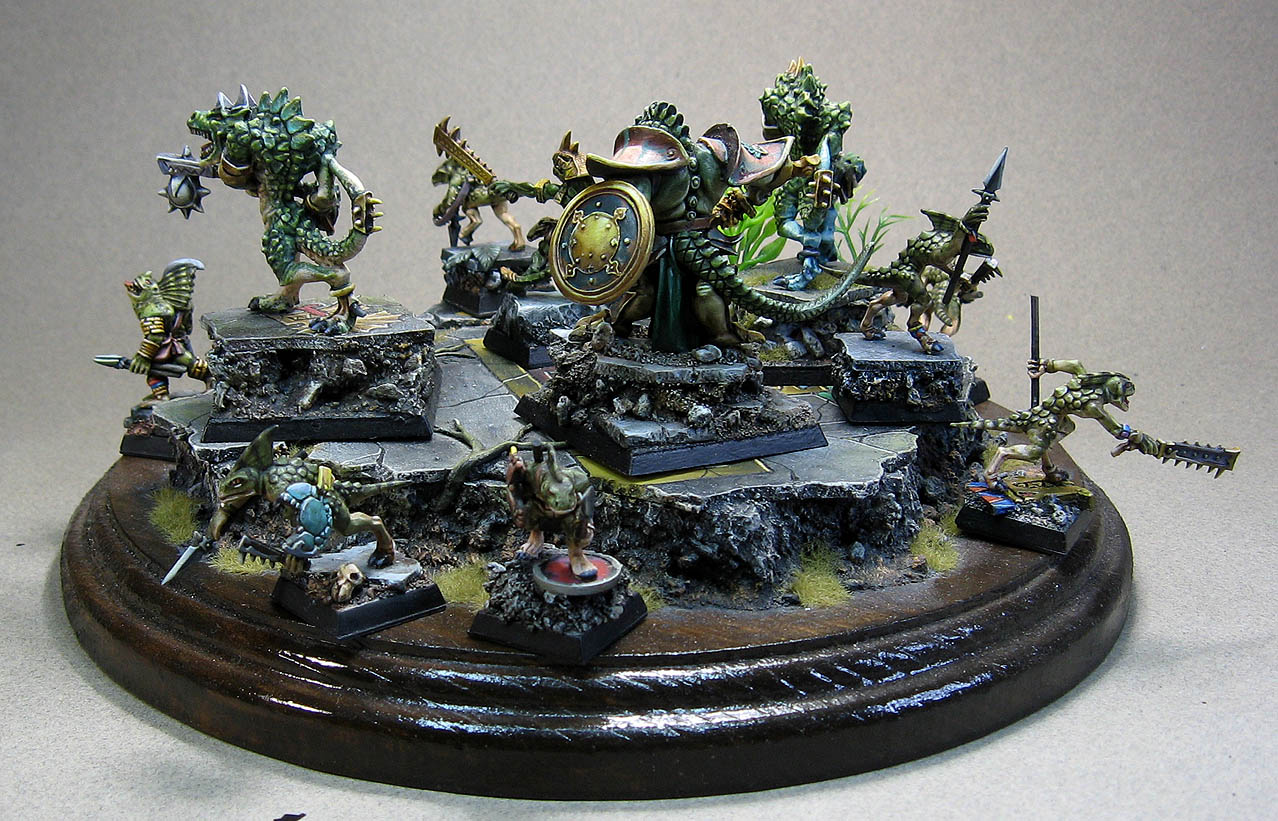 Sculpting that Kroak figure is starting to sound appealing.  I guess he can't be targeted with cannons if he's with the Temple Guard.  With all sorts of little vassals running around, I would not have to do Big Ruinations.  Yes, he is a lot of points, but now any Slann is. 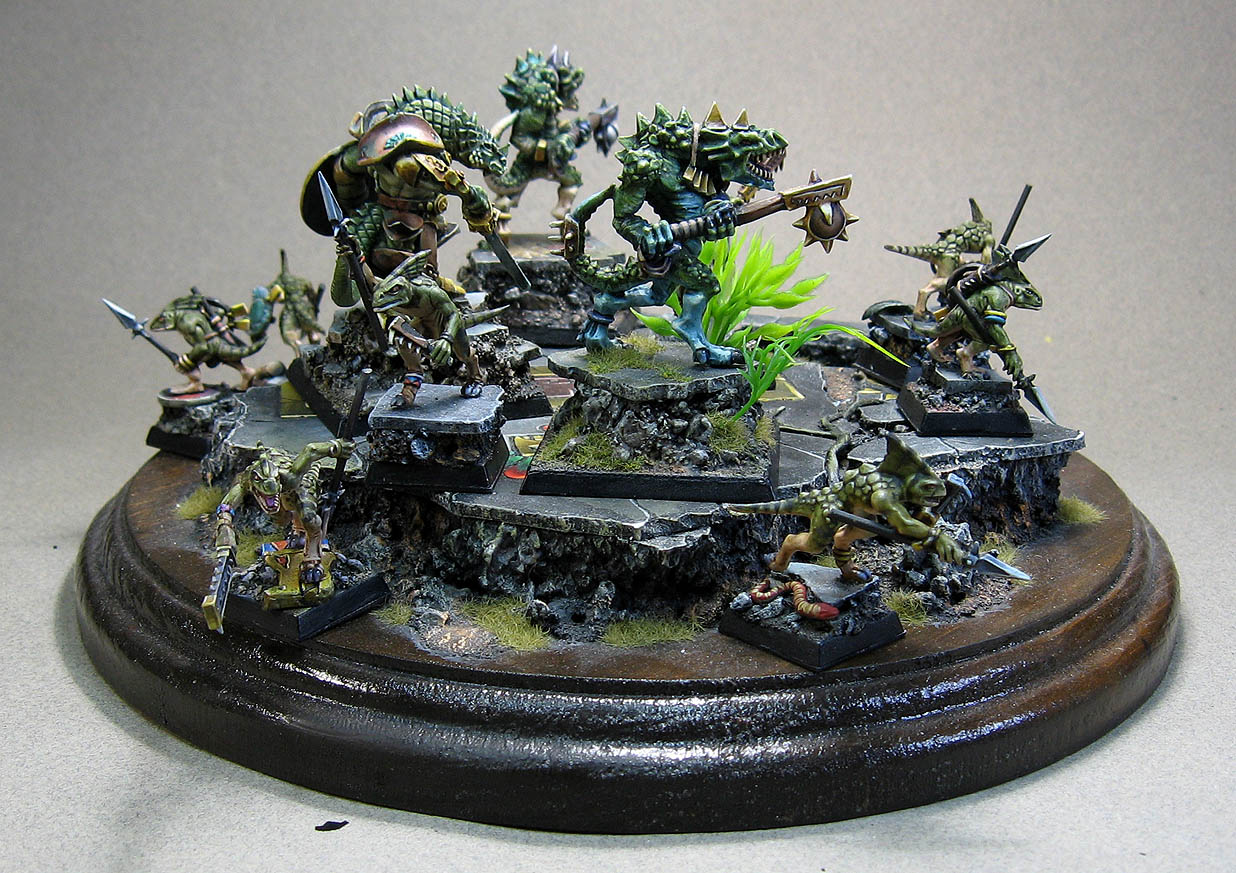 I only used him once, and he did manage to wreak some serious havoc.  So, we shall see!  Time to start sketching!!  Although, I seem to remember a neat design in one of the really old Lizard books, like 5th edition. 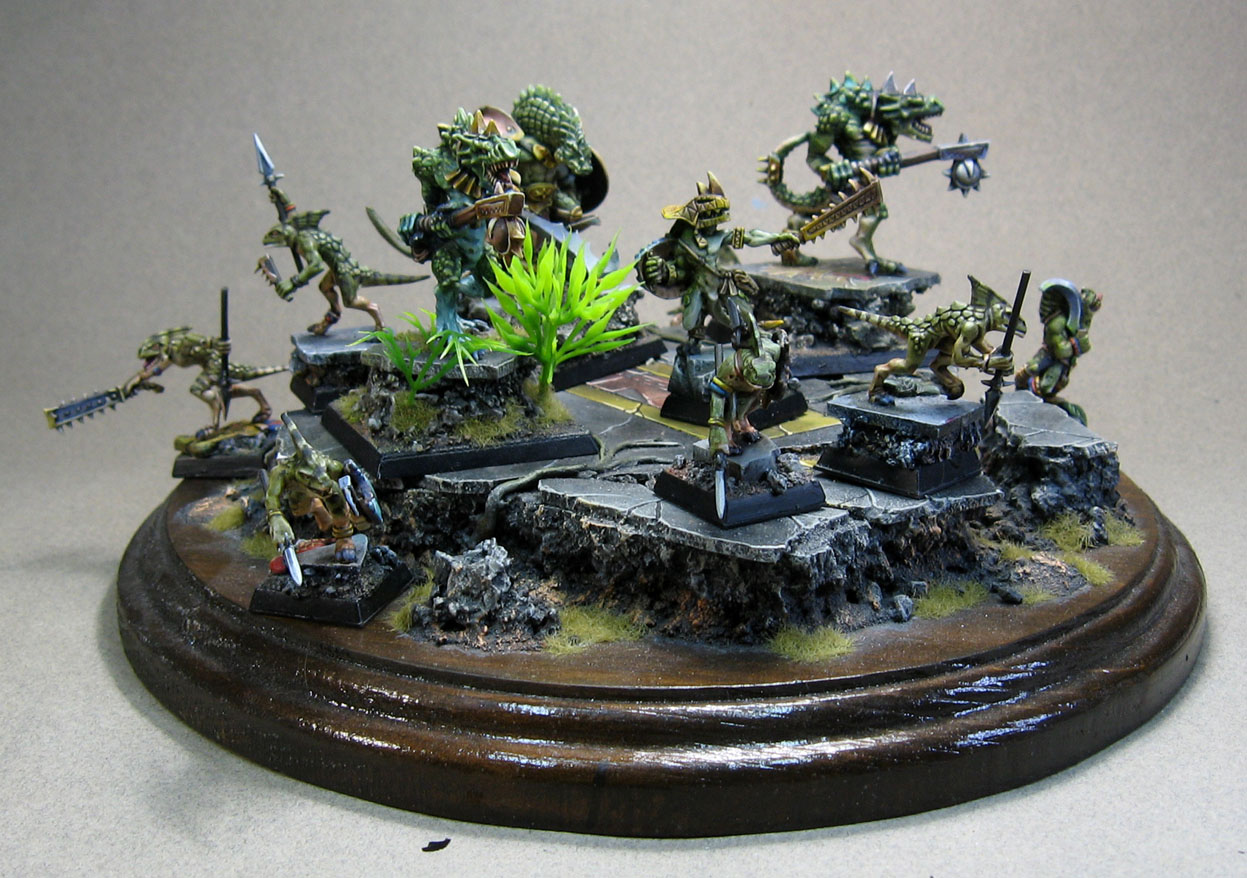 I have some images of the individual skinks that were in this unit, including some of the old plastic archers converted into javelin skinks! 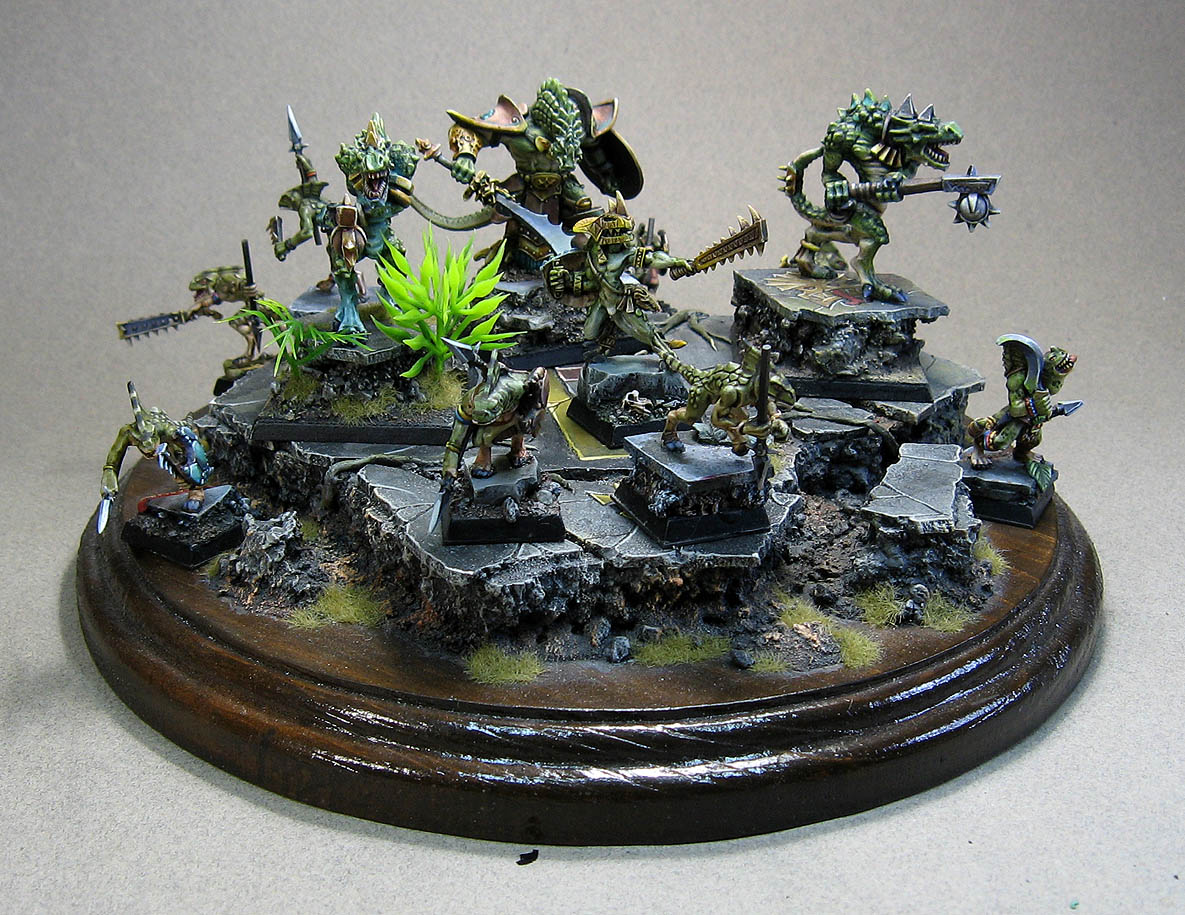 Posted by wappellious at 4:27 PM 2 comments: 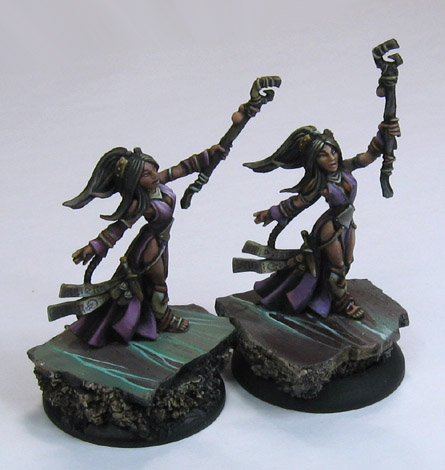 This one was an interesting video to create.  All of the other flesh tone videos involved 'natural' colors... that is, the appearance of the flesh colors were as they occurred 'naturally'.

These flesh tones were altered by exposure to elements, such as sunlight.

That meant that the eyes could be a lighter, or bluer, shade than they had been on the dark flesh video.  The colors also had to be kept more in the orange range. 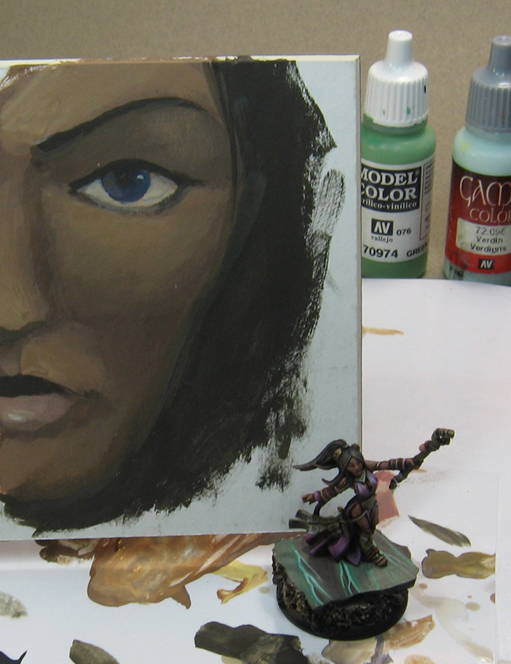 However, that balance can go out of whack very quickly, and the figure ends up like they had gone on a vacation to the surface of the Sun. 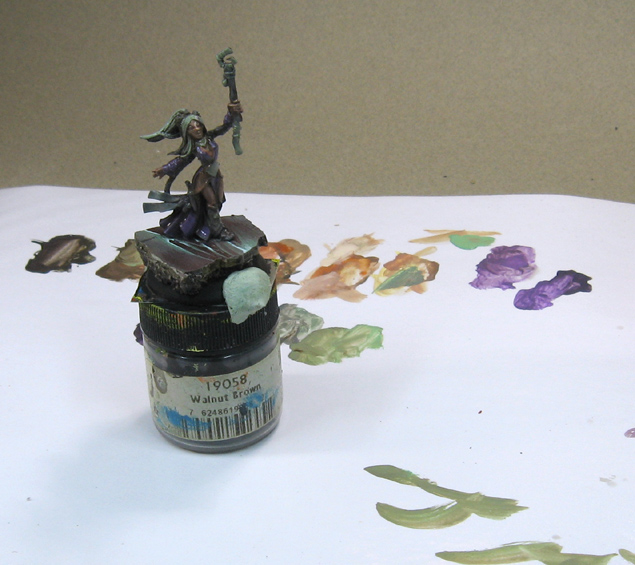 That fact was mentioned over and over, and will be supported in text blocks advising of not getting the dreaded pumpkin flesh! 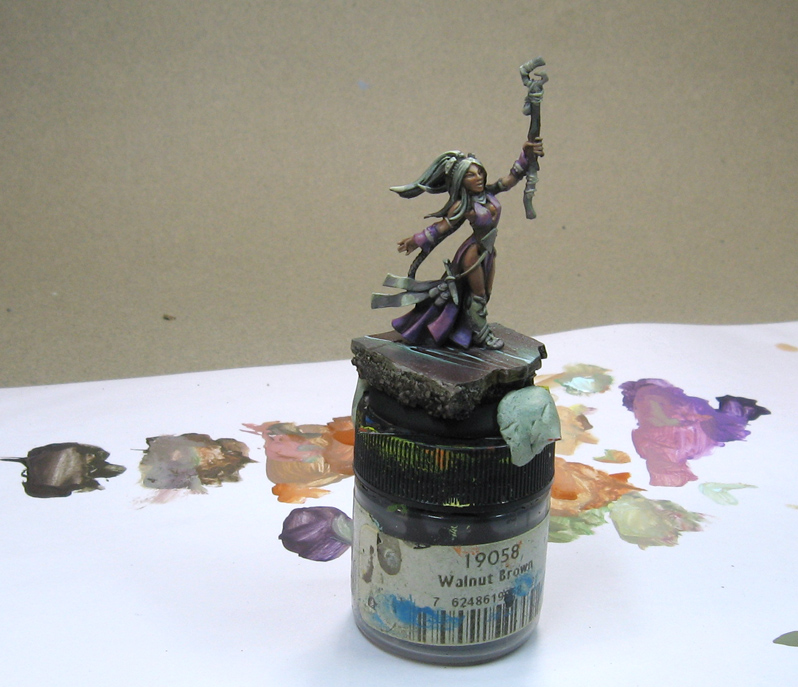 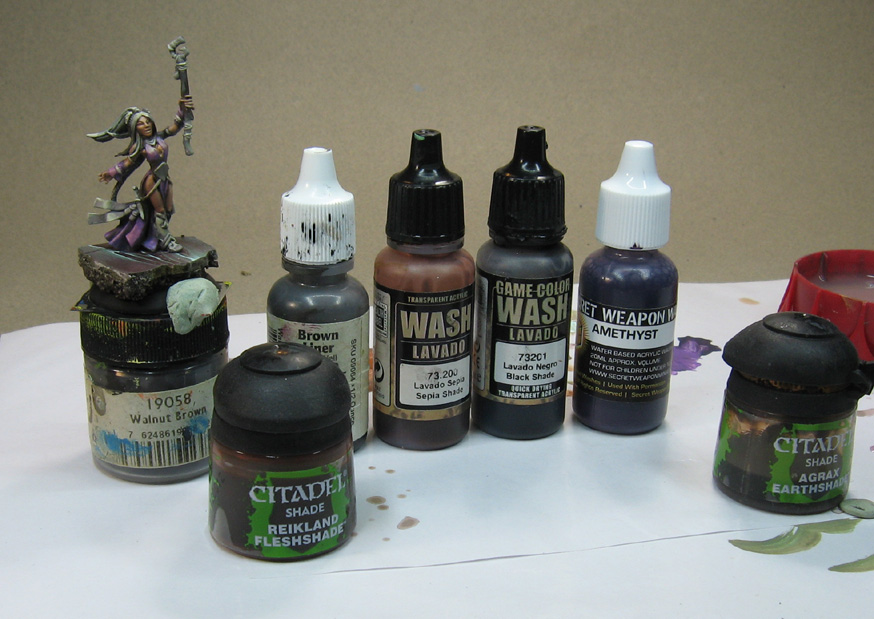 It never ceases to amaze me how different things look from the shaded basecoat stage and then once the glazing is complete. 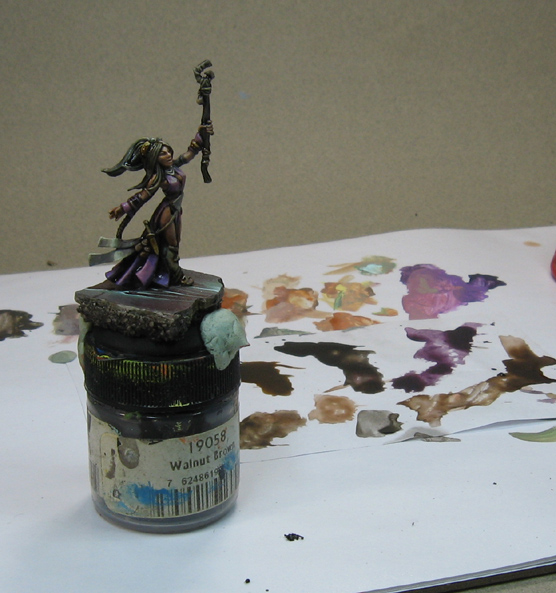 Working back in the mid tones... 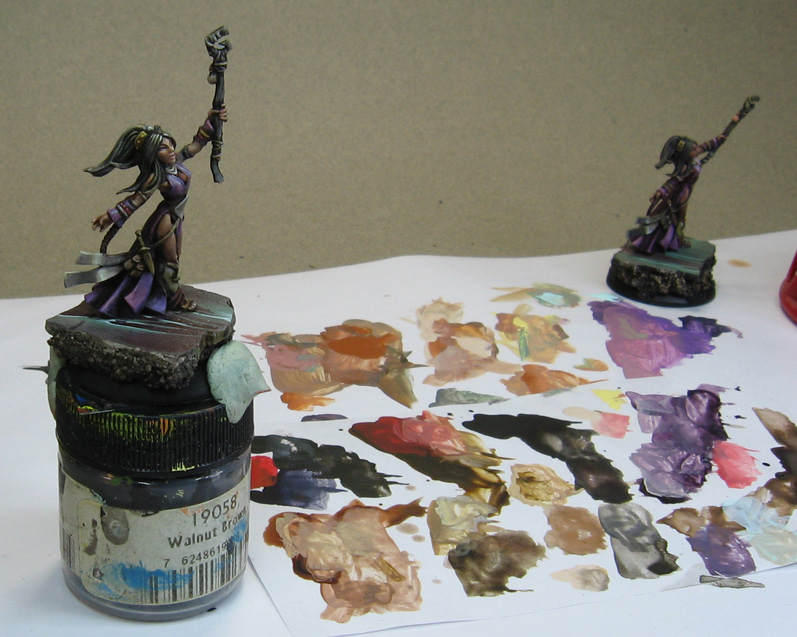 And then side by side. 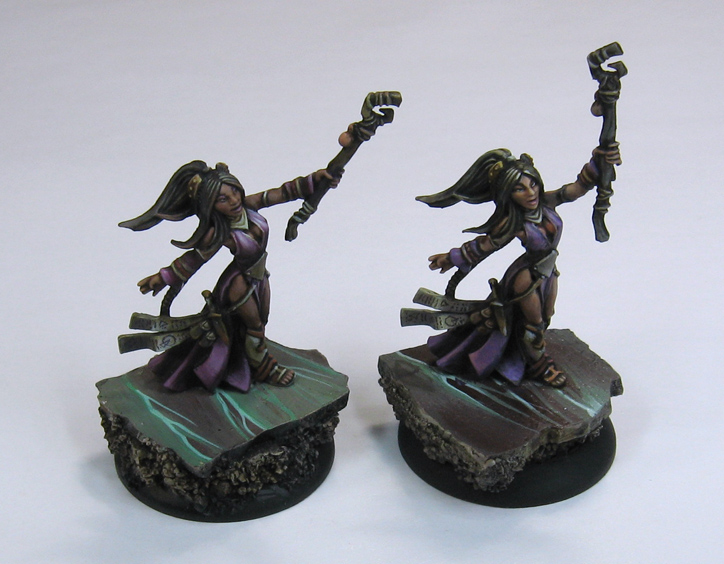 Time to go protect the forest! 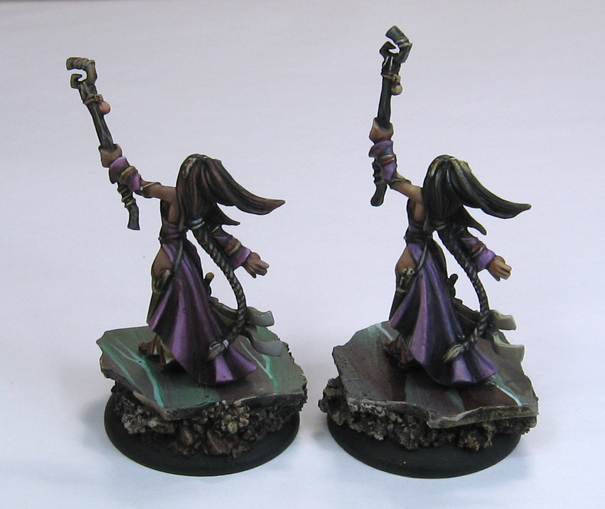 Posted by wappellious at 4:41 AM 4 comments: