Standing atop the tower 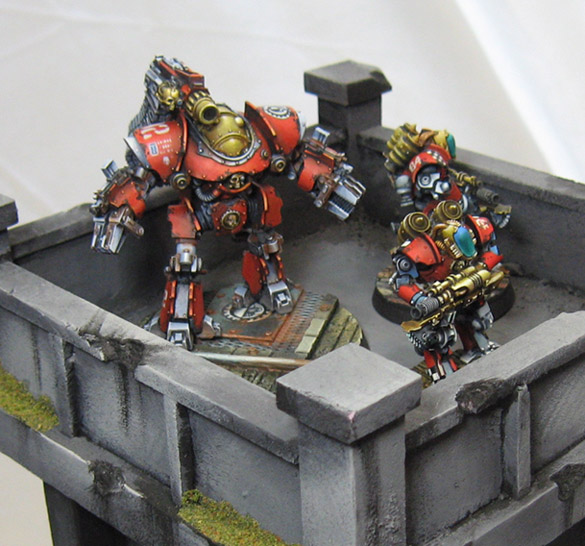 The final set of shots featuring the Mechanicum army are taken from inside the Basilica Canis.  Here the "brain trust" of the army is being guarded by a giant Thanatar. 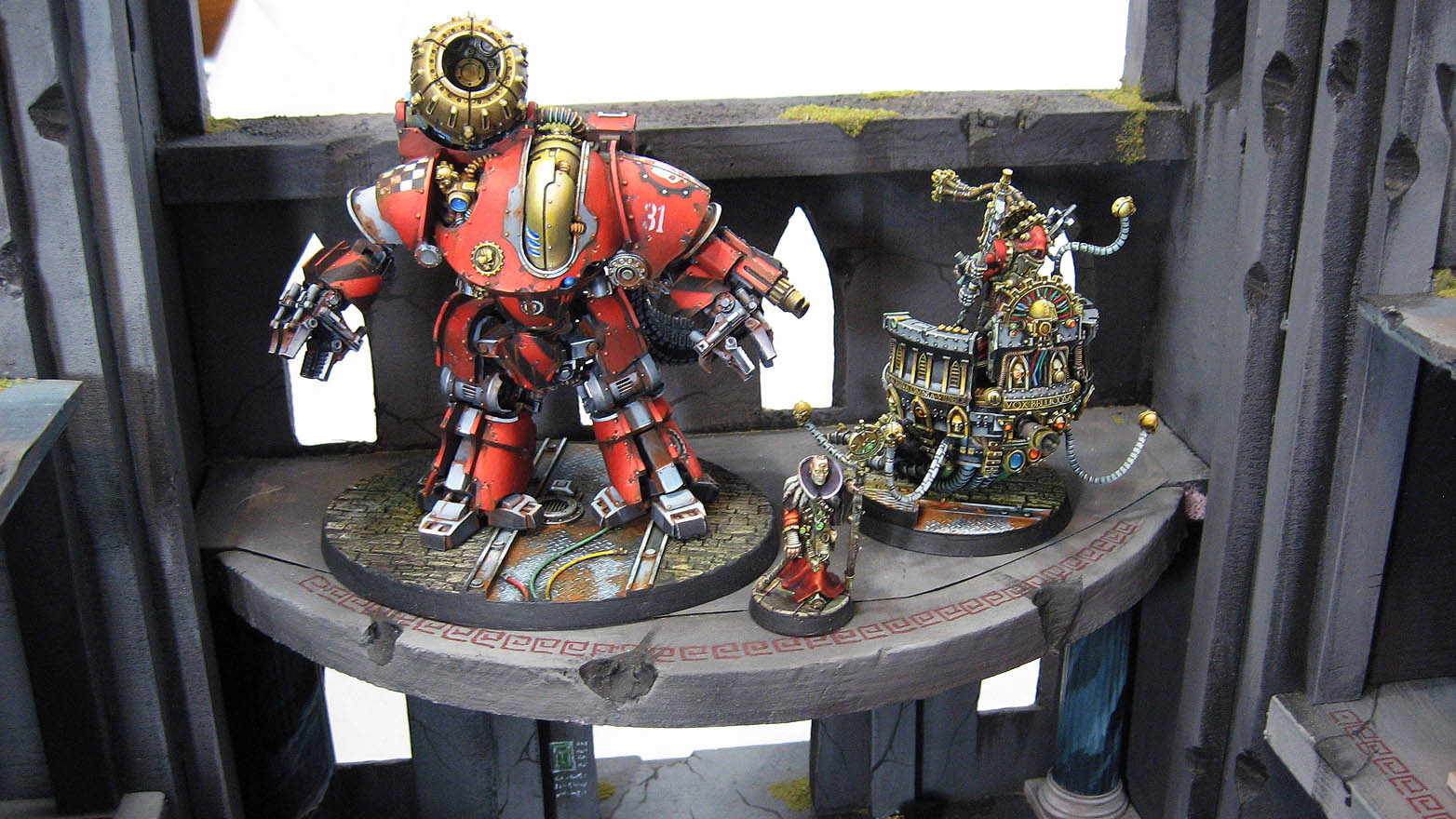 A second Thanatar is found on top of one of the guard towers. 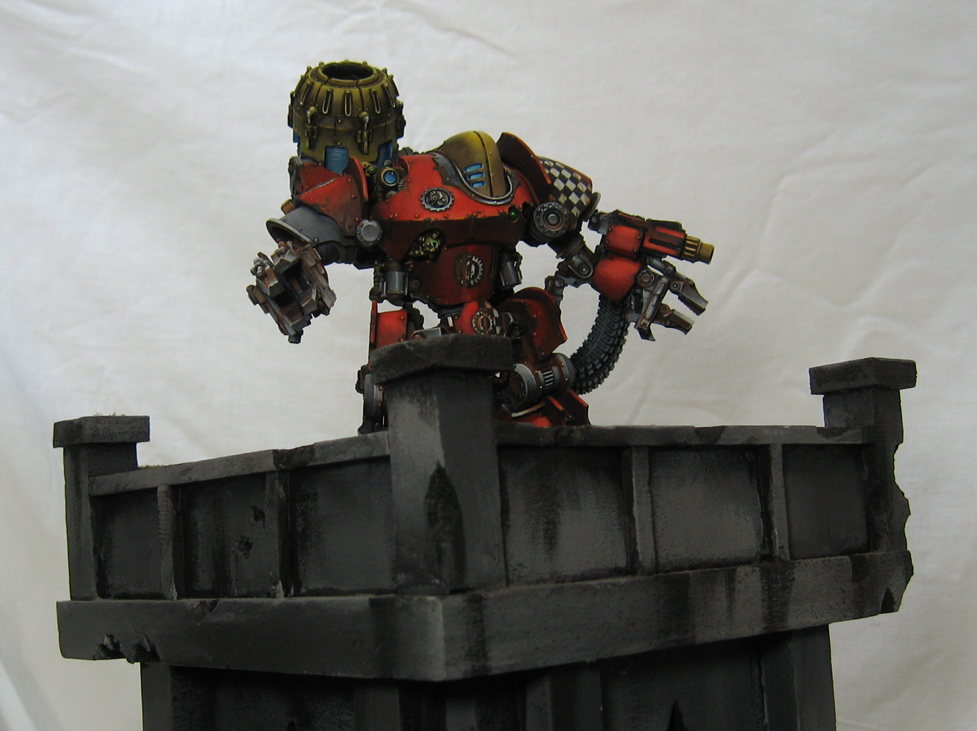 His base is the same size as the big oval flying base that was used for the Razorwing that normally went there. 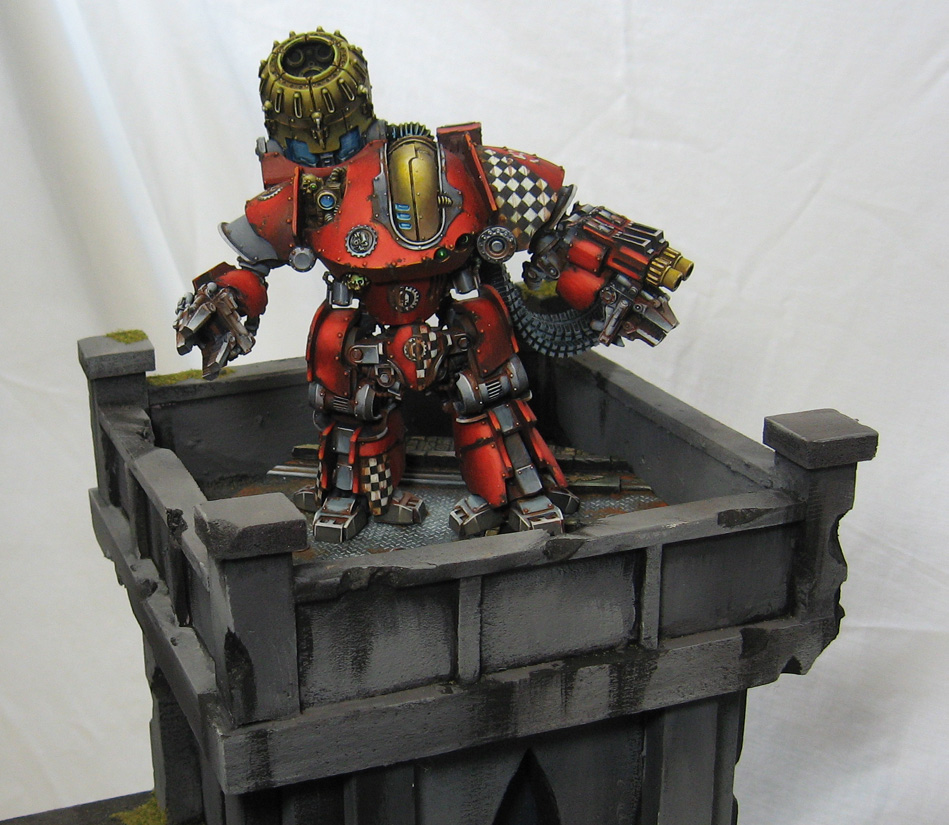 He certainly weighed a lot more than that Razorwing! 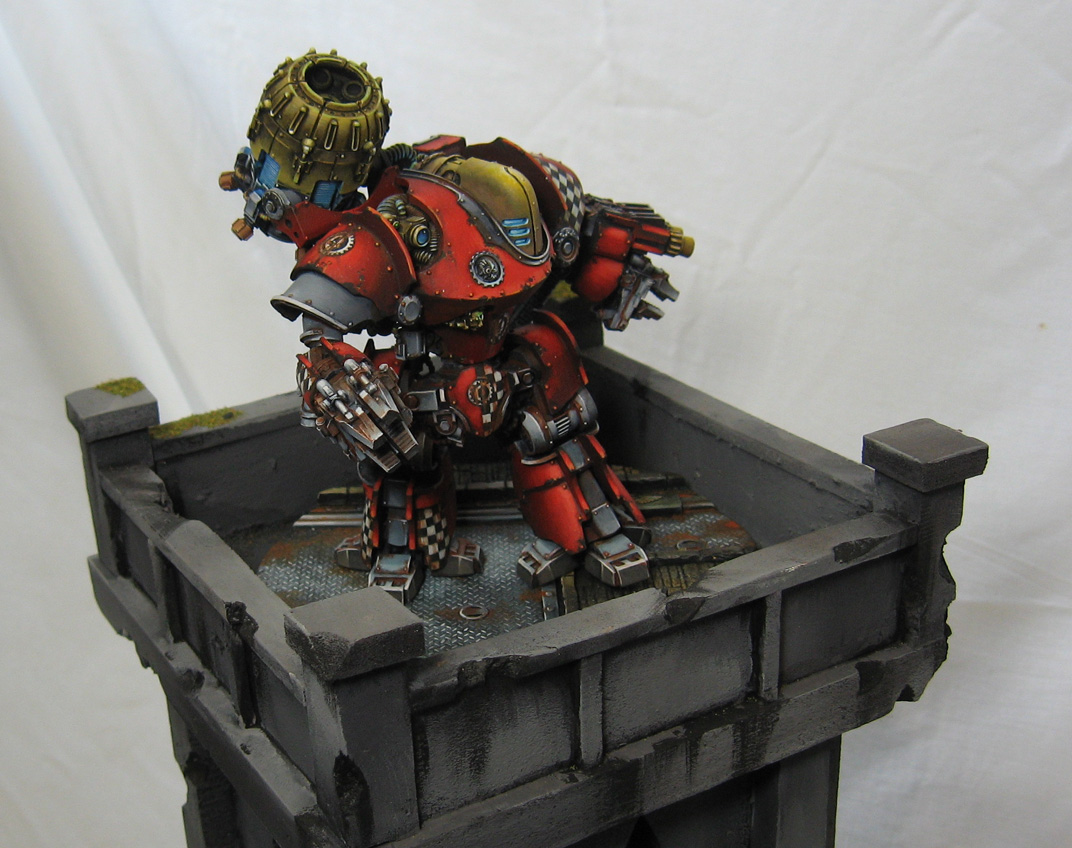 A Thallax helps to man the rooftops! 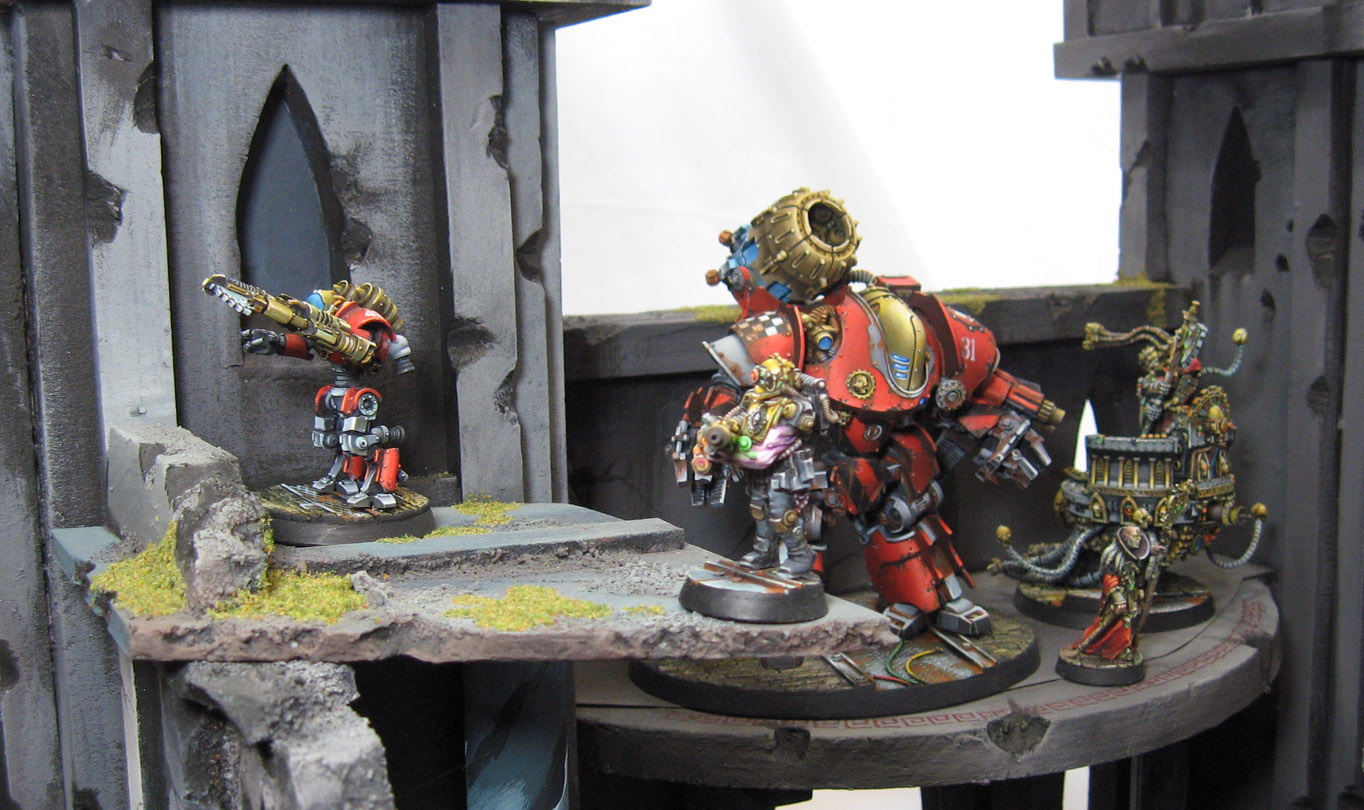 Of course, the Myrmidons are spread out on all the levels of the Stadium. 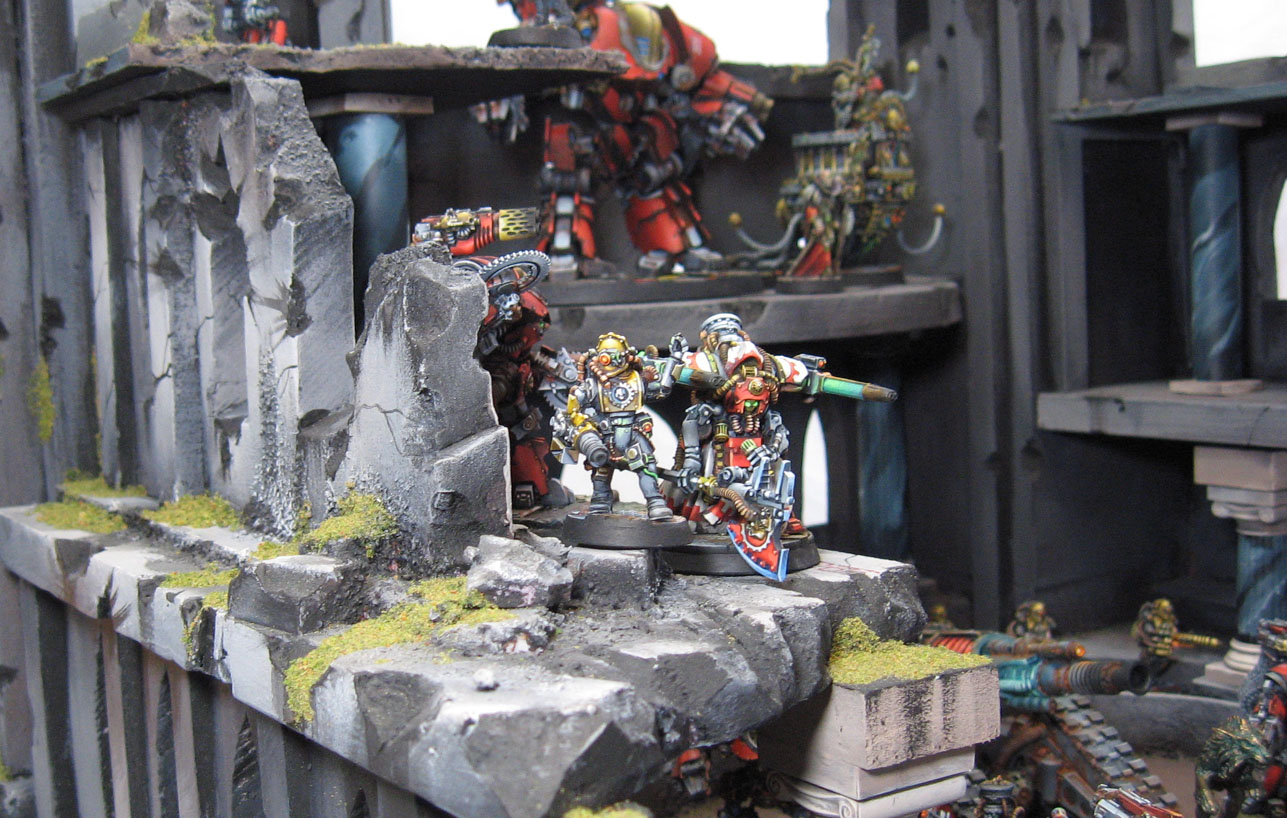 You can knock down the walls, but they are waiting inside...

A Castellax stands guard on the other tower with some Thallax support. 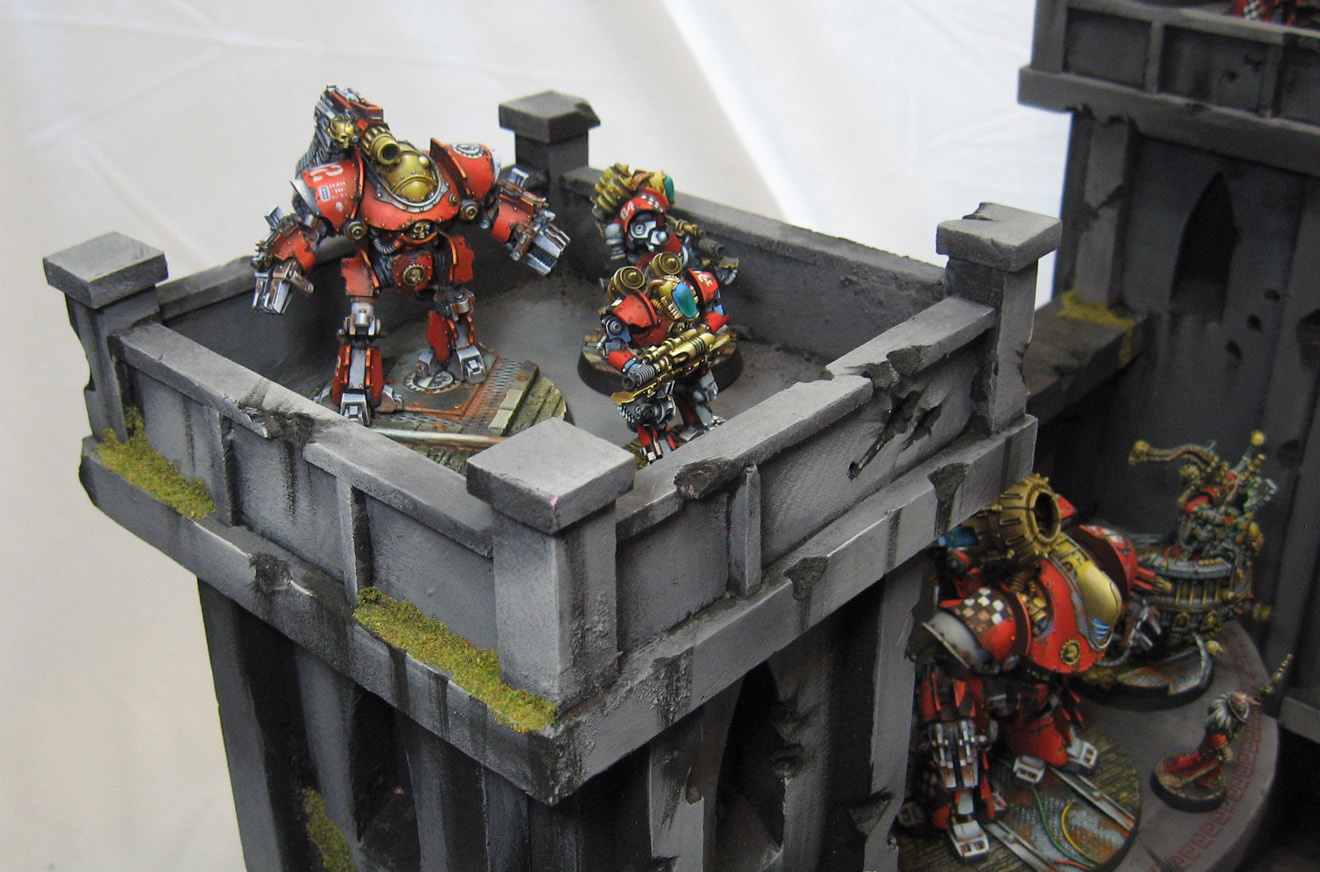 All kinds of hurt is waiting to deal with you. 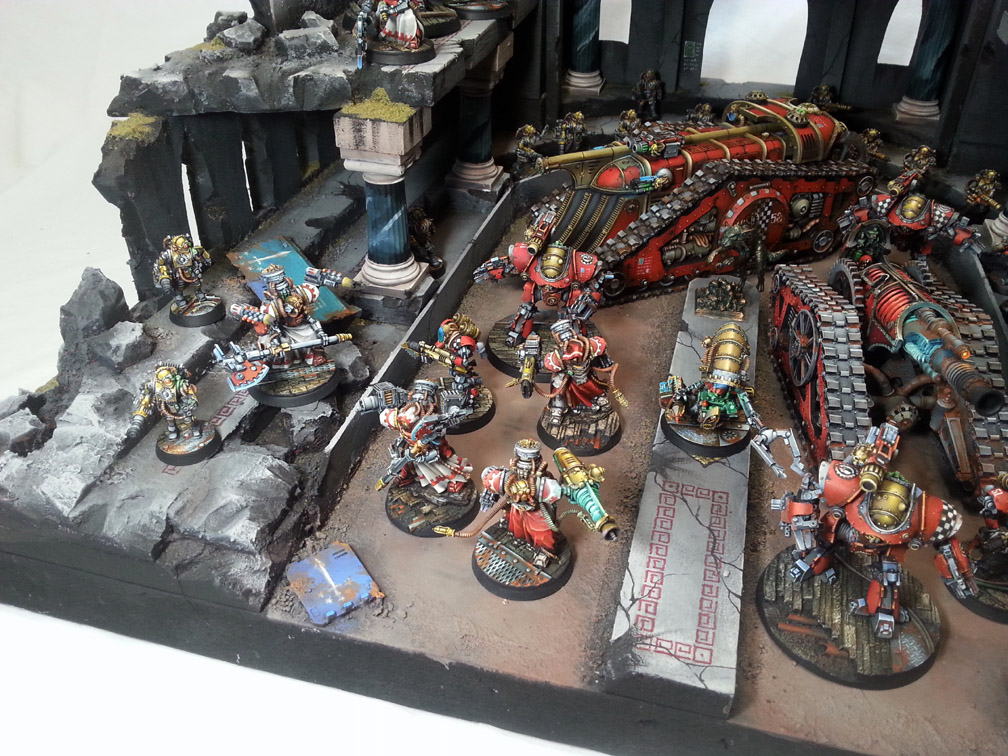 And now we say a final farewell to the Mechanicum! 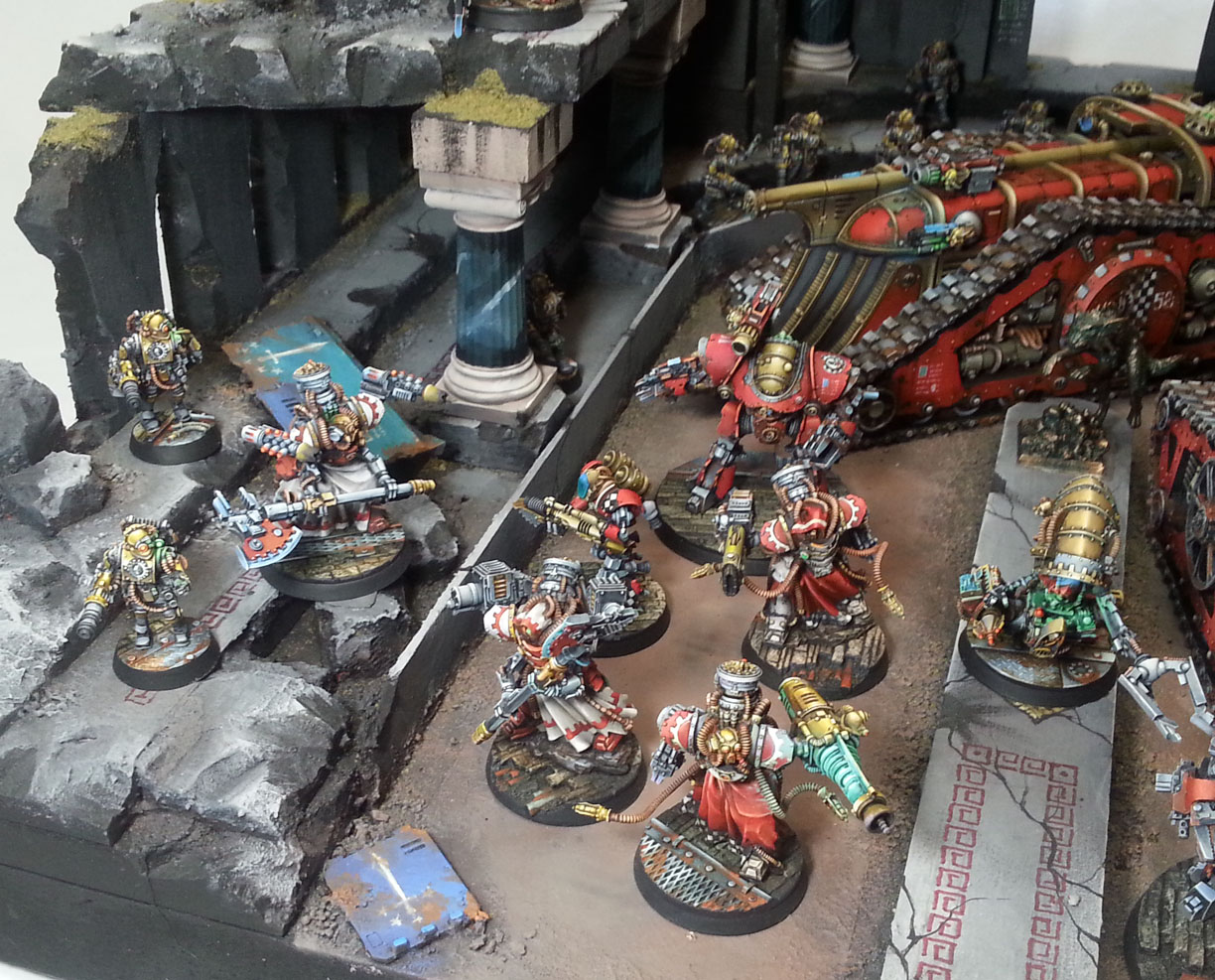 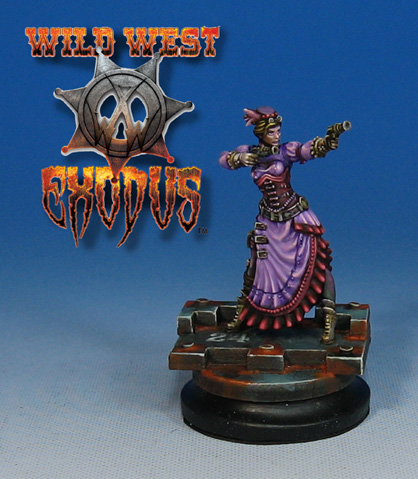 Here she is, the ultimate Spy Girl for the Union... Linda Loveless.

She is Jane Bond, luring you with her charms and tact, and then putting a cap in your face!

Of course she is dressed in the latest Paris fashions, and the only place in the Wild West you can get them is Wappelville!!

Madame Toussant's Chateau De La Mode is the epicenter of fine taste in clothing, and Linda can been seen there quite often.

She also knows her way around anything in the Union arsenal, which makes her particularly deadly.

She will be teaming up with the rest of the "Cloak and Dagger" Union crew... Pinkerton, Courtwright, and even Sierra Icarus.  Stay tuned to watch their exploits!!