I know that debates rage on about "counts as" and crossing miniature ranges, but sometimes that is really the best option.

I have been using these Reaper minis as part of my army for a while, because they are far easier to identify on the table as the King of the Dead and Elven Captain respectively.  When things get in a scrum, as all games seem to do eventually, it is important for both sides to know what they are charging or being charged by!

The Army of the Dead official mini looks far too similar to the plastic versions to stand out in a big way.  So, I found this guy, and liked the figure a lot!  As I paint more of the AOD, I will show you some comparison shots.

I have a reference book from the LOTR movies that shows the mock ups for the AOD prior to the computer generated effects.  The colors are very different from the uniform glowing green that you see almost every time.  It has been very fun to paint them in this way, and each guy is quite different. 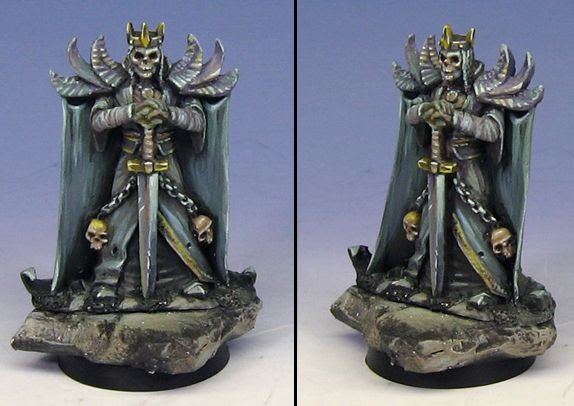 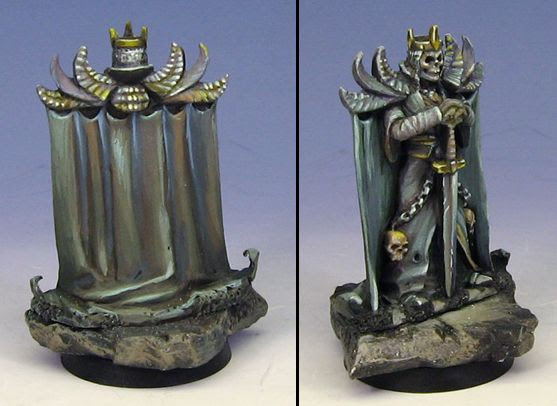 This is another Reaper figure that seemed perfect for LOTR.  He is Seregond, a Galadhrim captain.  He is painted in my Knights of the Blood Rose color scheme. 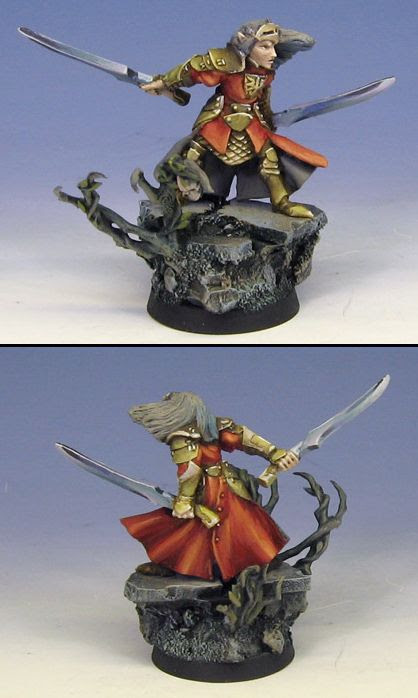 Here;s a quick sample of the Kinghts of the Blood Rose color scheme.  I will probably paint over the metallics in the fall.  I just prefer doing my NMM.  Part of that had to do with the realization that the brightest metallic color is a dingy gray when placed next to white. 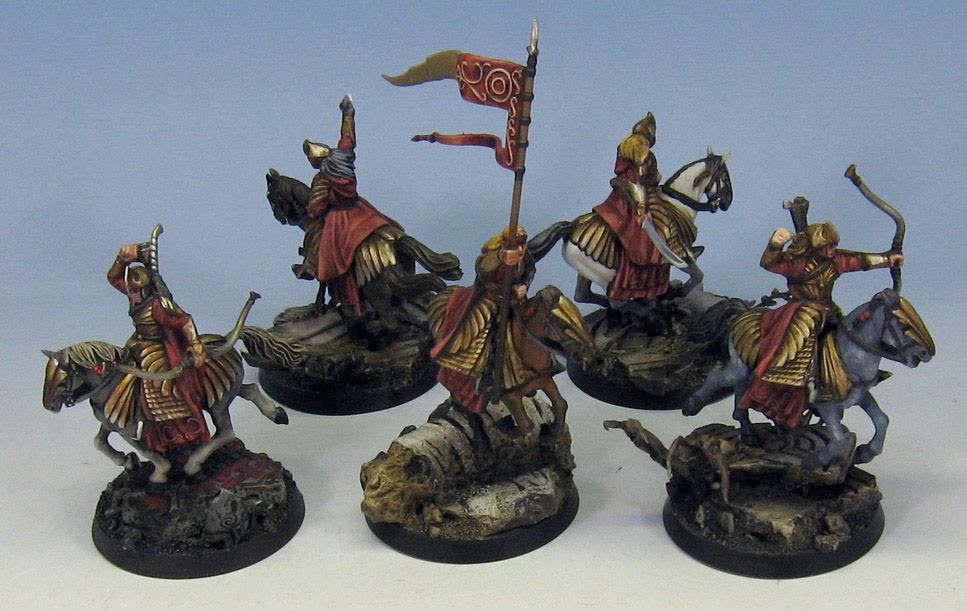 Some of the real Galadrhim elves to show how the basing will match all the way through the army... 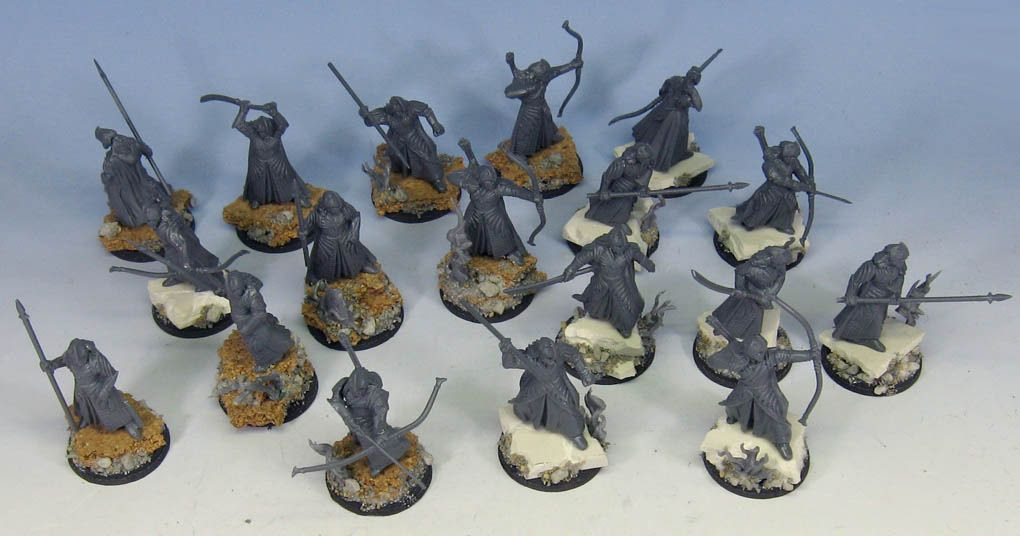 OK, here it is!  The aforementioned first attempt at the Carnosaur with wings.

Just as it was with the baby dragons and the lava reflections, painting this whole figure in red made getting the OSL of the lava that much more difficult.  I had to mix some blues into my shadow areas on top to "cool down" the reds enough to make the lava look hot enough! 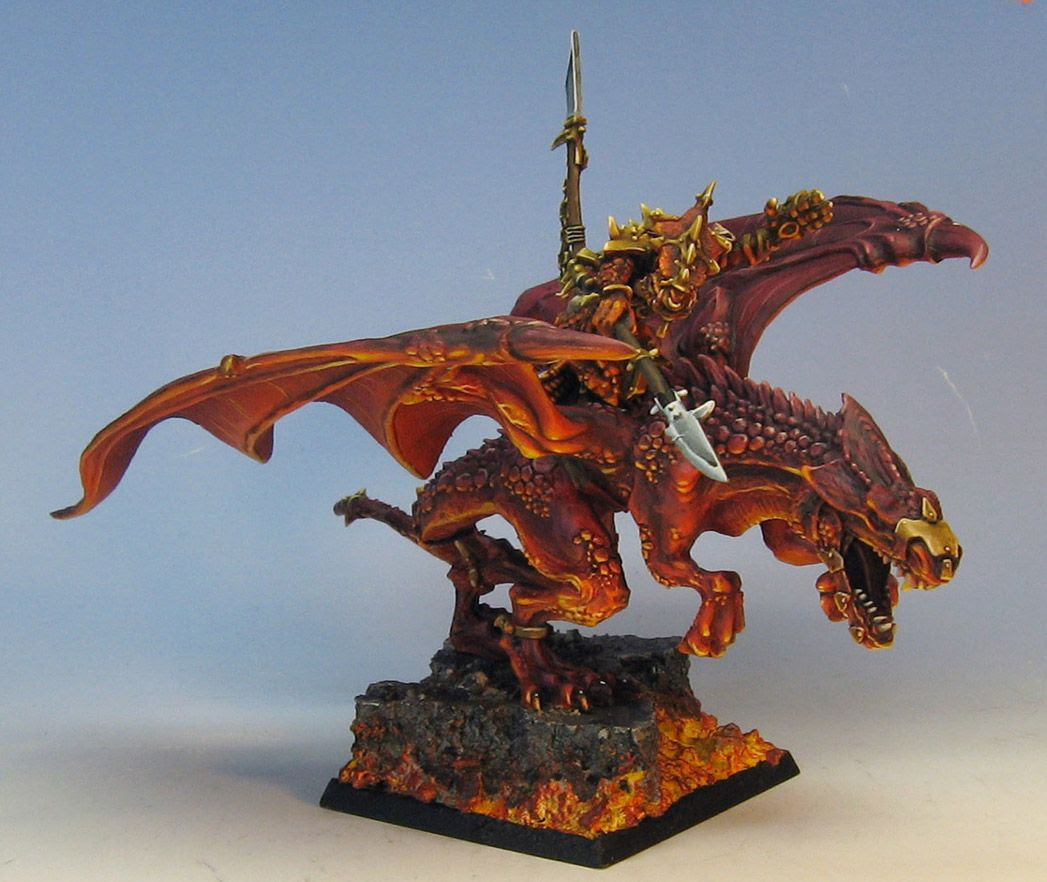 Here she is on CMON, waiting for someone to vote for her... 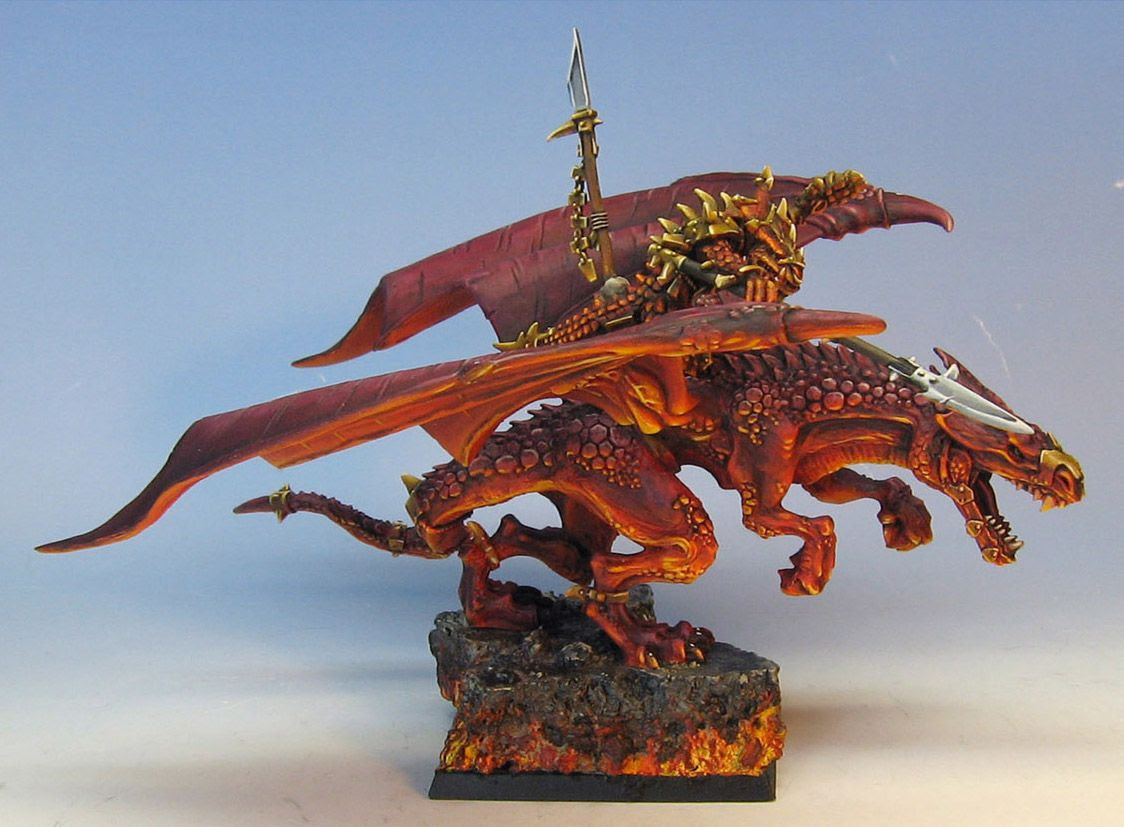 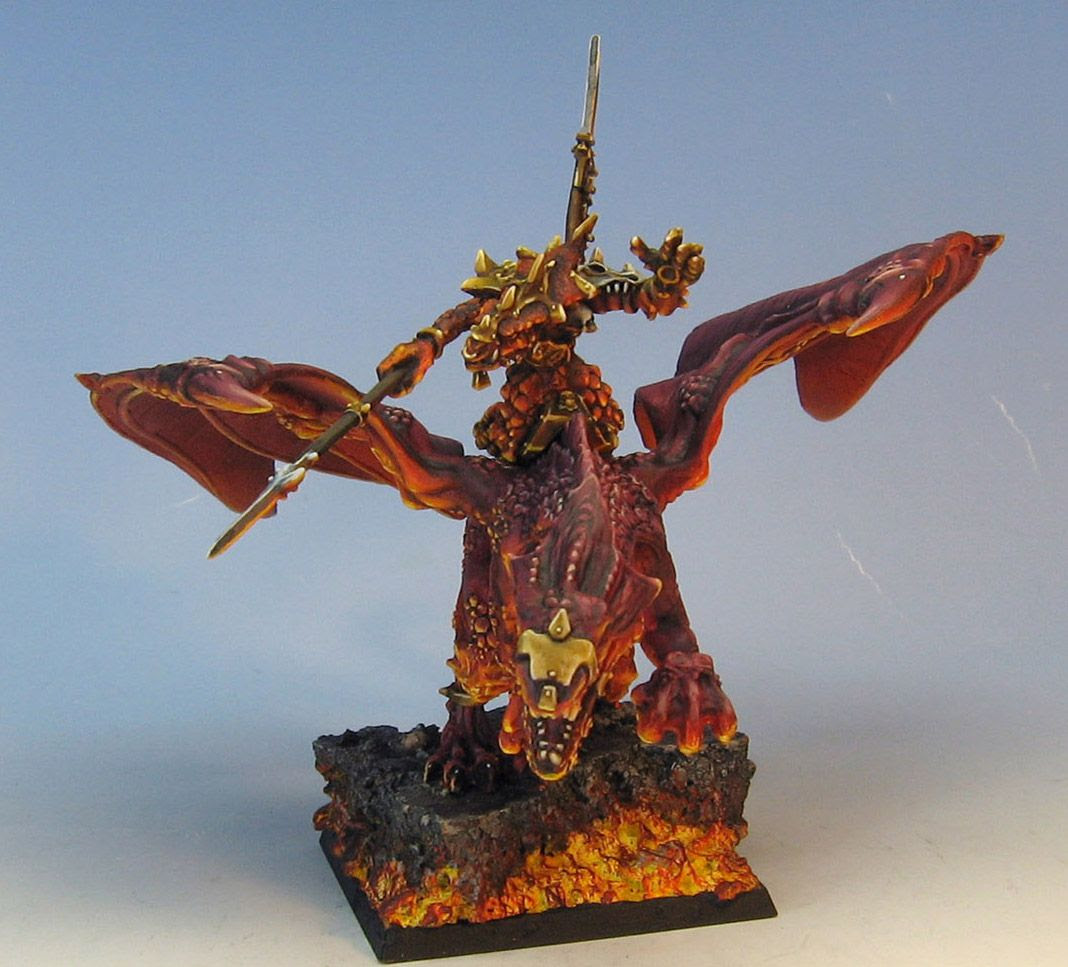 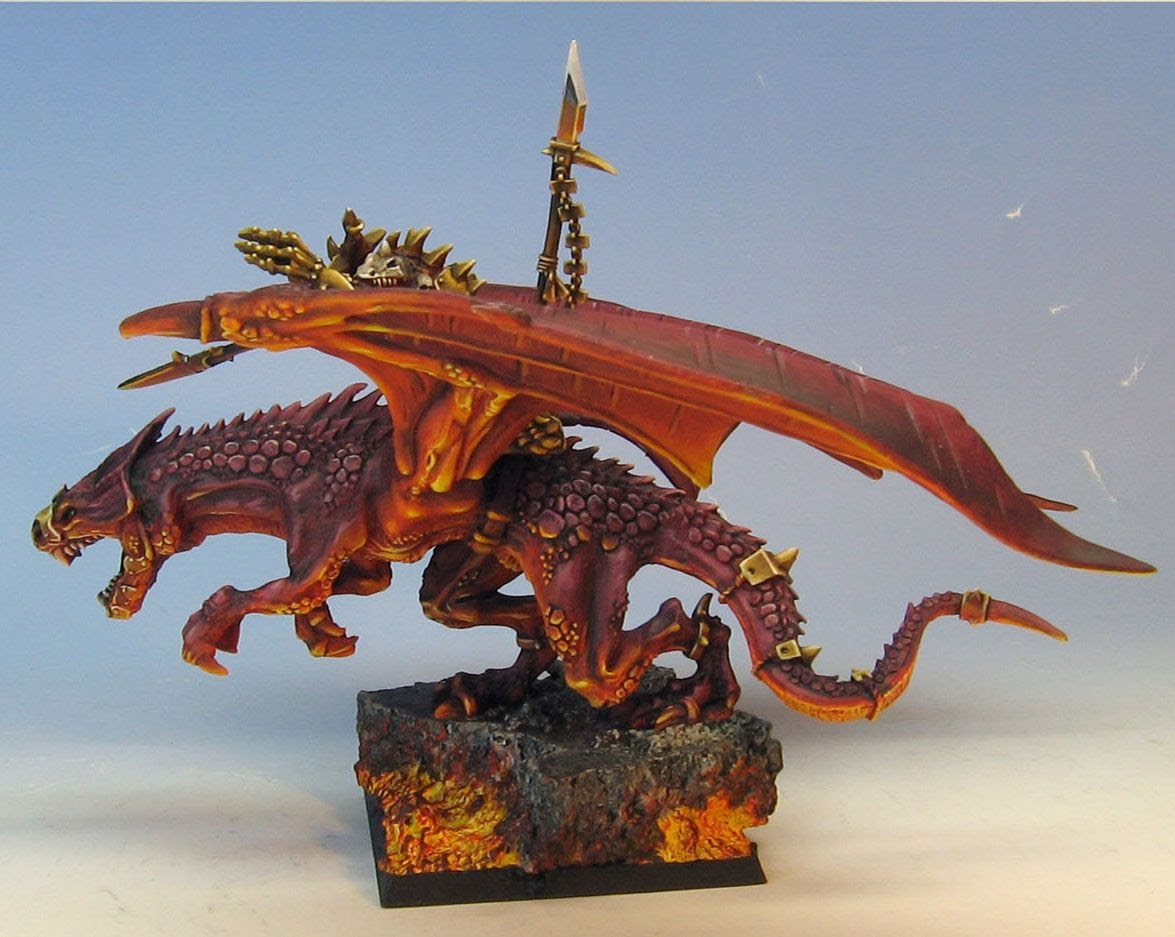 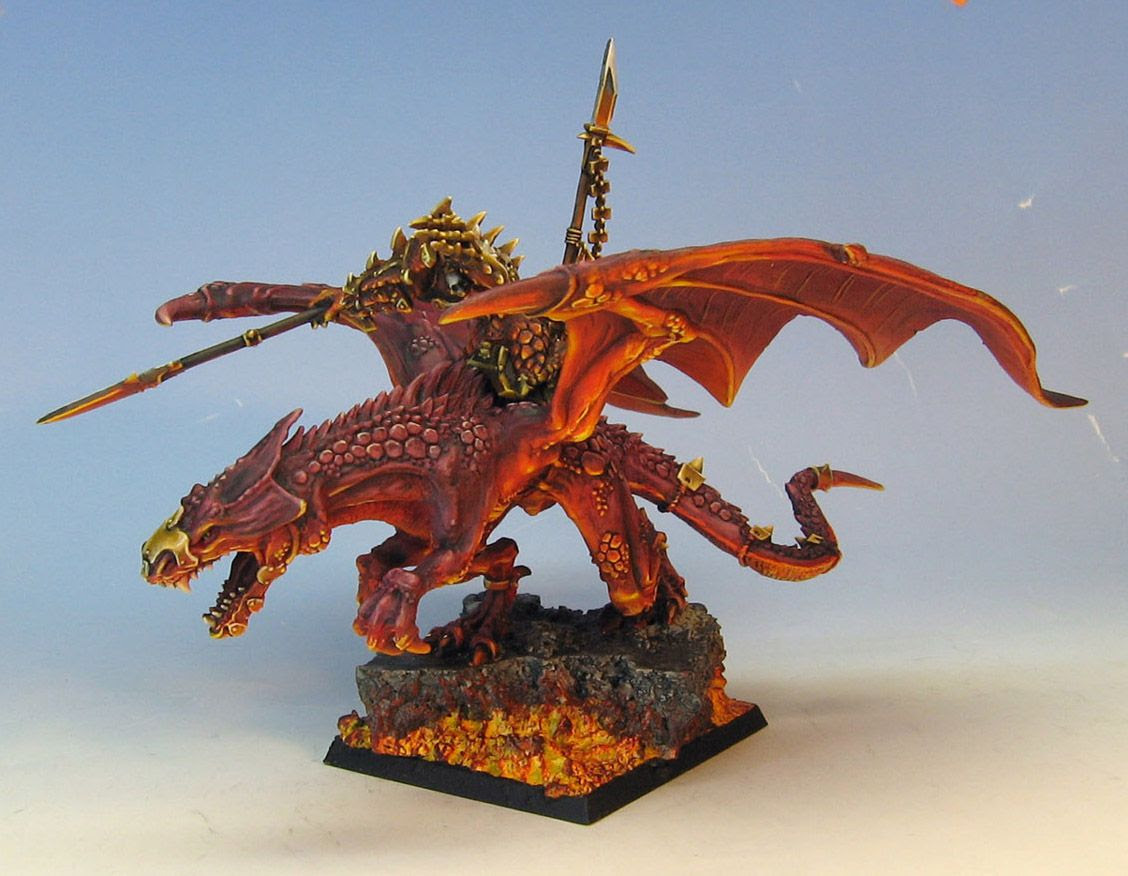 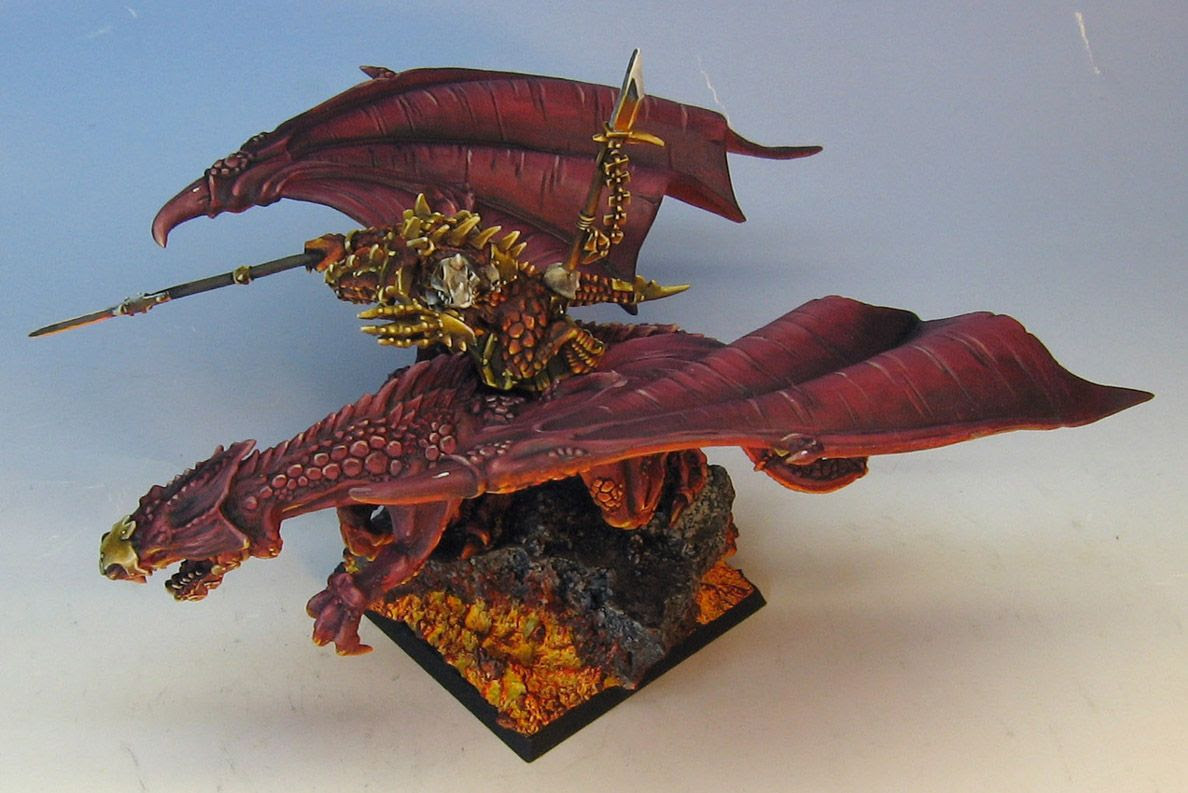 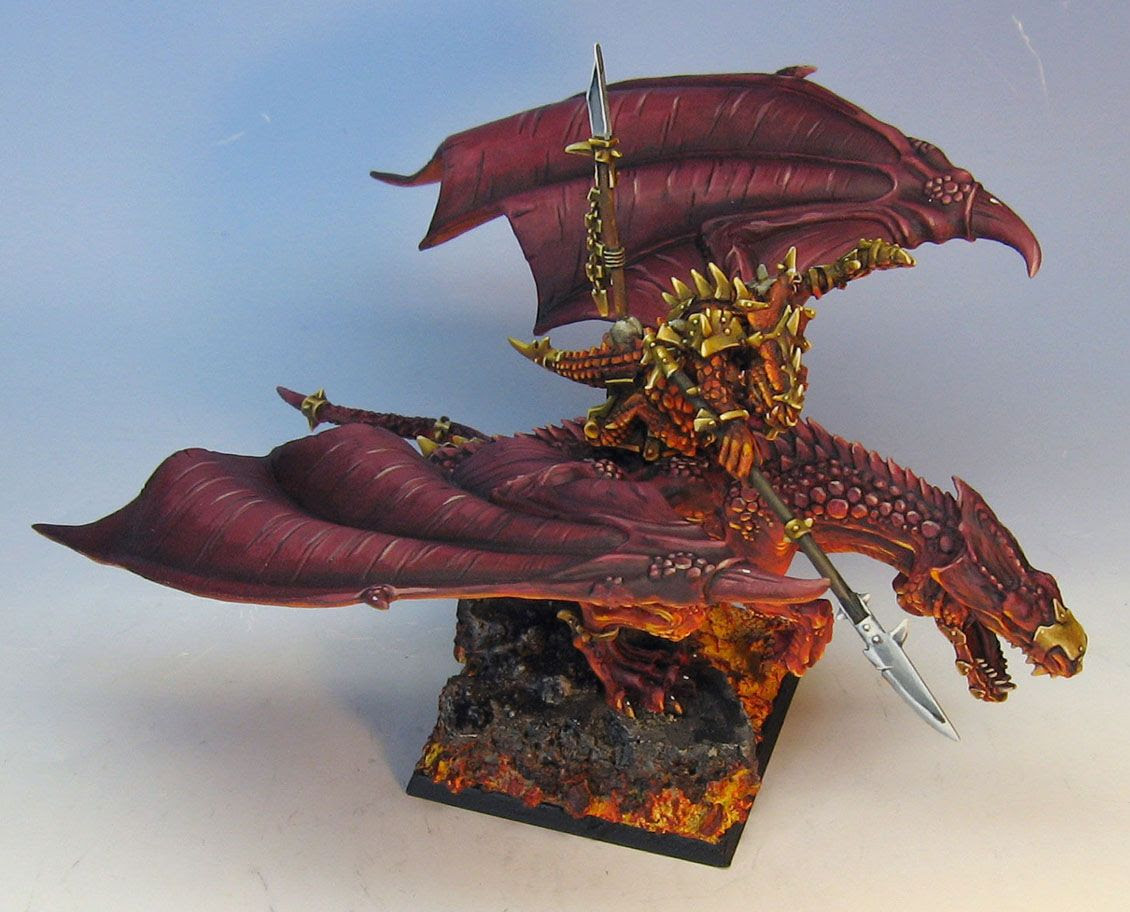 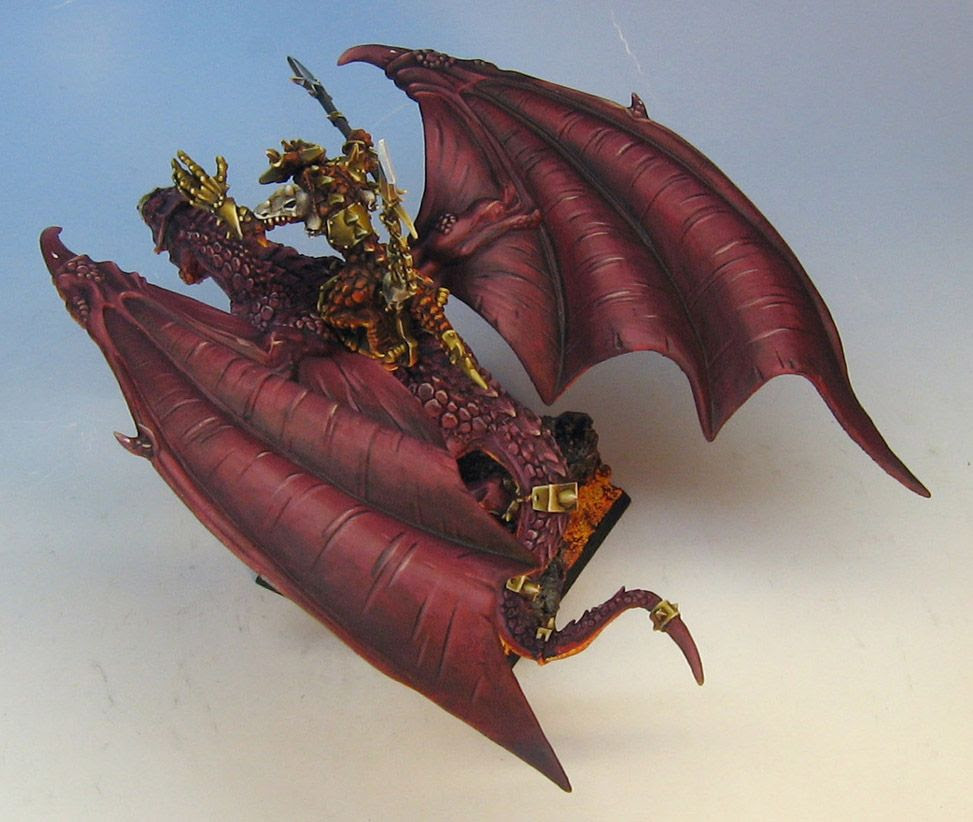 Here are a few WIP images prior to painting.  It gives some idea of the sculpting needed to adapt the wings to the Carnosaur. 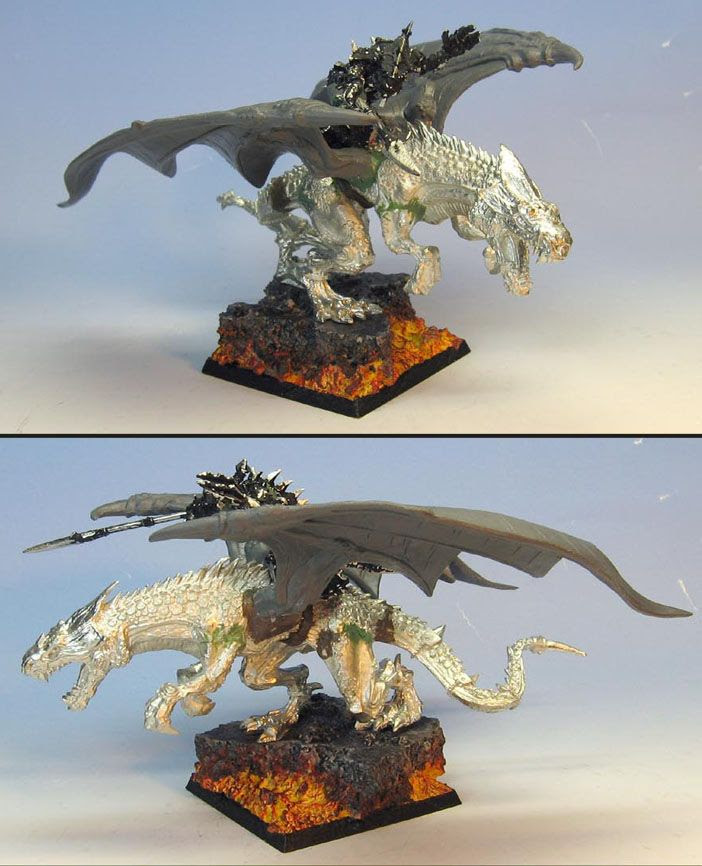 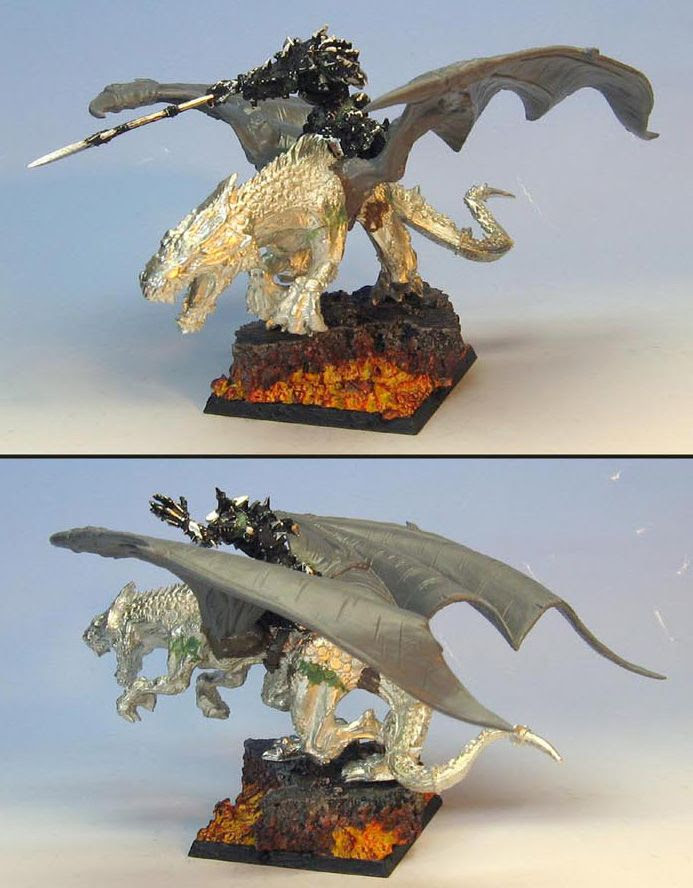 And then a few views with no rider... 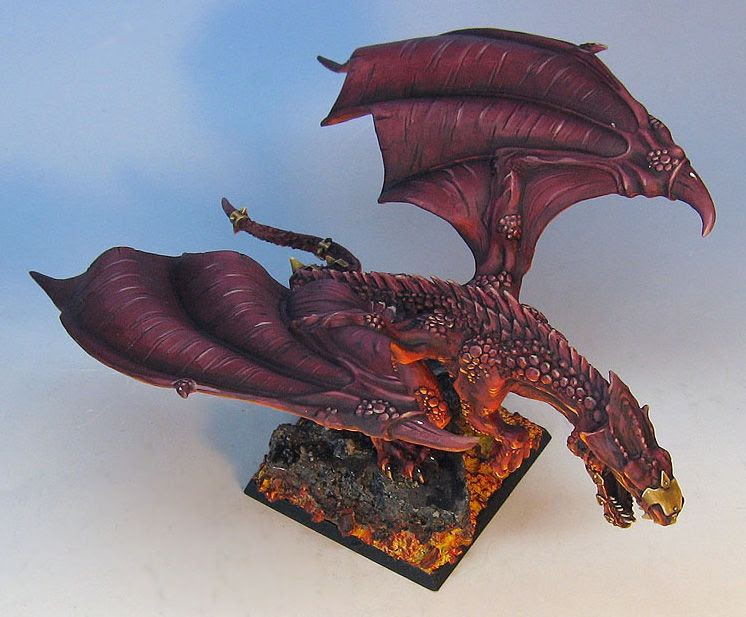 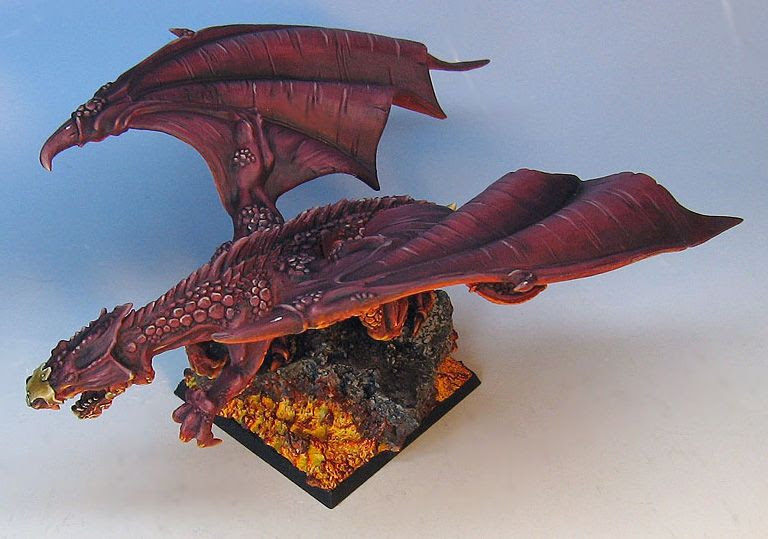 Posted by wappellious at 2:59 AM 4 comments: