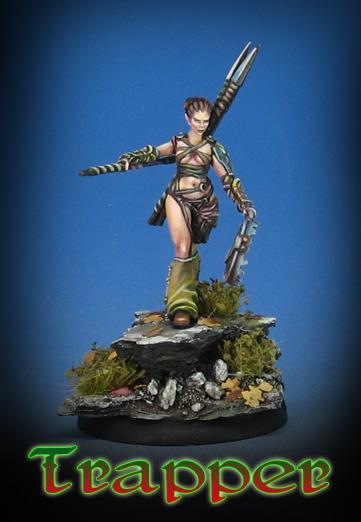 This was part of an exercise during my last podcast with the Models Workshop folks.  While it is an audio cast, it was very helpful to have some things being painted at the same time we were recording, because I had several figures on the table all at once.

I talked a great deal about painting efficiency, and as you know, it is very helpful to have a lot of different genres and types of figures ready to paint.

Figures like this one, which have a lot of earth tones, skin, etc., are even more ideal, since it is going to have a lot of areas in common with just about every other figure.  This means that I can simply grab a figure that has a similar color set, and get that little bit done.

This also keeps me from overworking figures, which can happen if you just keep hammering away at the same figure for hour after hour. 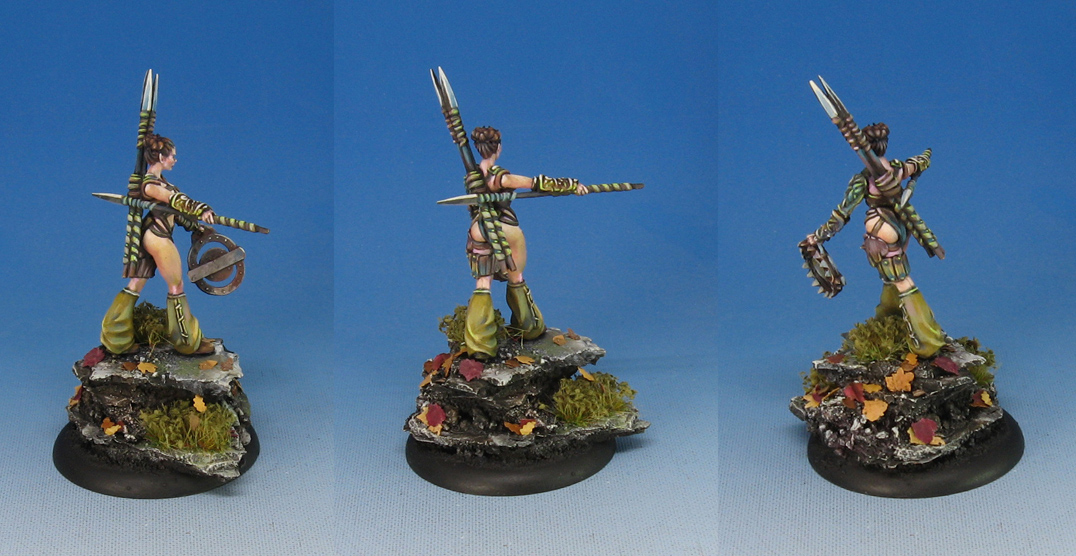 Many years ago in art school, there was a major emphasis on not lingering too long on any particular area or piece.  Grab the figure, work on those common areas, and move on.  You get a "fresh view" of a figure more often with this method... a way to step outside your projects.

Also, an interesting color combination on one piece might end up being just as good on another, even though it might not have been in your original plans!

I will be doing a few live broadcasts this week, starting on Wednesday.  Late in the evening, I will participate in the Hobby Hangout, which will lead into a Facebook Live session.

On Friday, I will join another broadcast with the Models Workshop crew.  You never know what topic may come up, since it really is a painting hangout at heart!!

I enjoy doing the live hangouts and Facebook live sessions, since they allow me to show the principles that I am talking about here.  I try to make them a "working broadcast", rather than a purely how to exercise.  This shows the down and dirty methods for getting figures painted, as opposed to a pre set demonstration only showing one concept.

As you know, this was a major reason why I started the Patreon page, so that I could do this kind of thing more often.  The people that have seen these kind of "working demos" have been able to get a lot out of them, as they are also more informal and participation is encouraged!