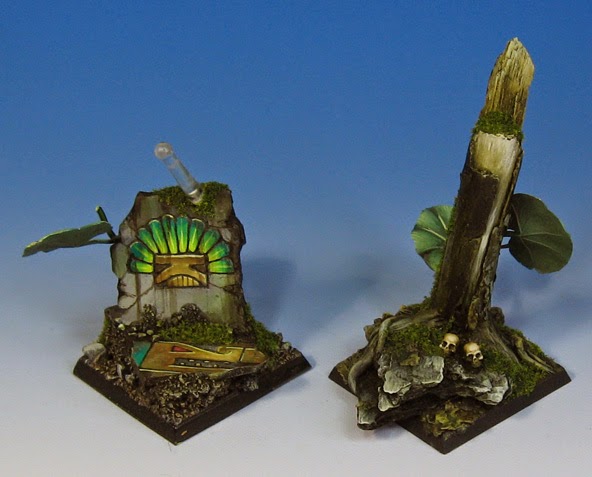 The second of the Terradon bases.  This time, we have an all wooden version!

Next to the first sculpey base. 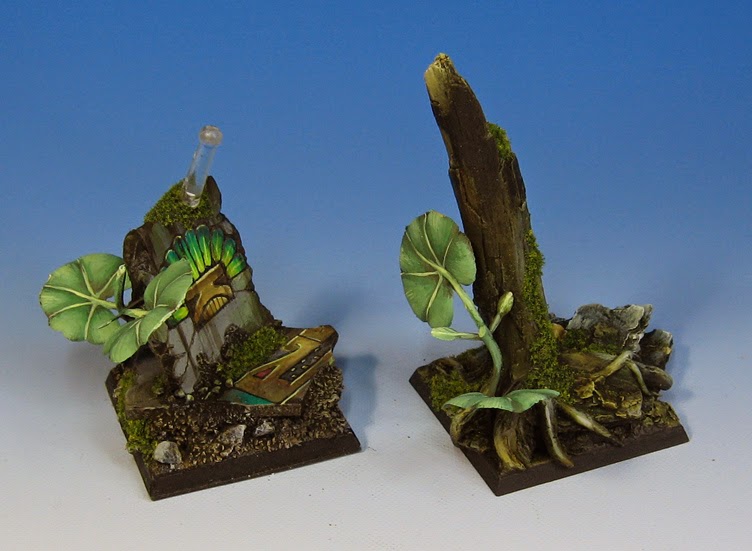 I was very pleased with the painting of the foliage!! 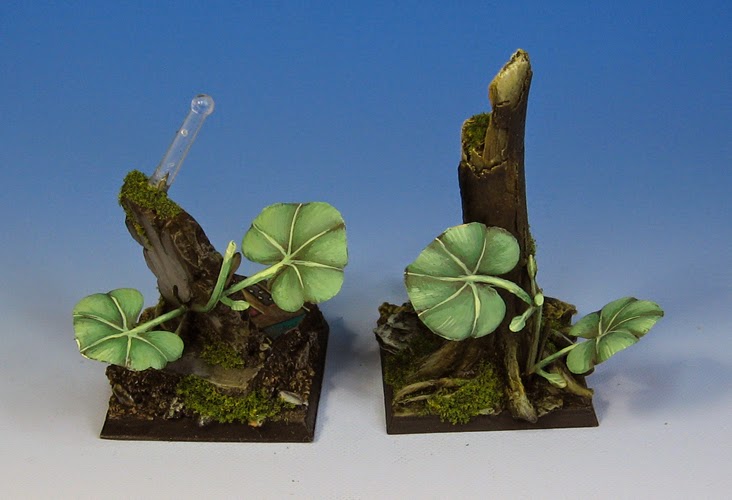 Now I am very eager to see them with their flying critters in place. 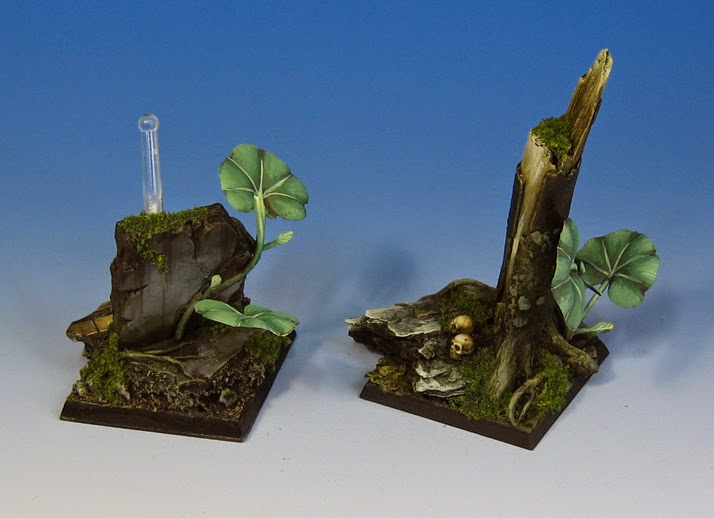 Positioning them so they can rank up will be another challenged altogether. :-) 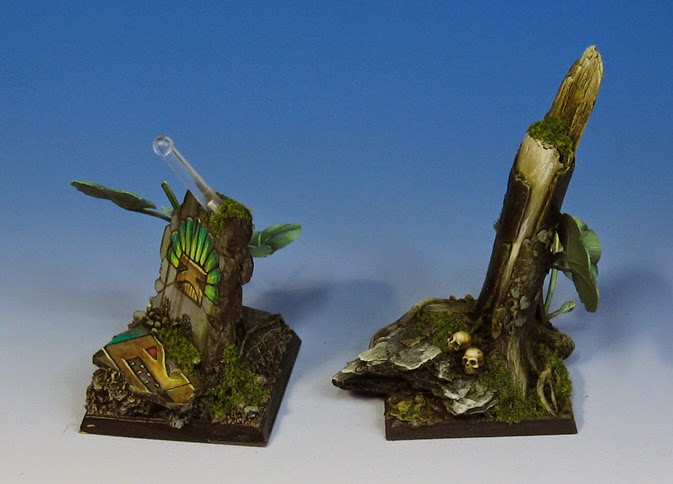 I also have some more of these on the way, since there are six flying lizards to base!! 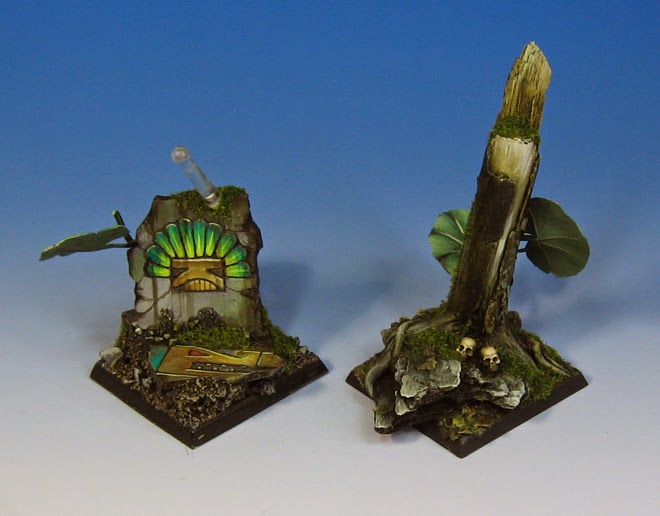 Time for a few more camo patterns!  This crackle pattern has interested me for a while, so it was fun to give it a try.  I will probably do this on one more set.

This one is almost a more 'modern' camo pattern.  I think it's another late war scheme. Here's the two newest colors next to the early war gray. 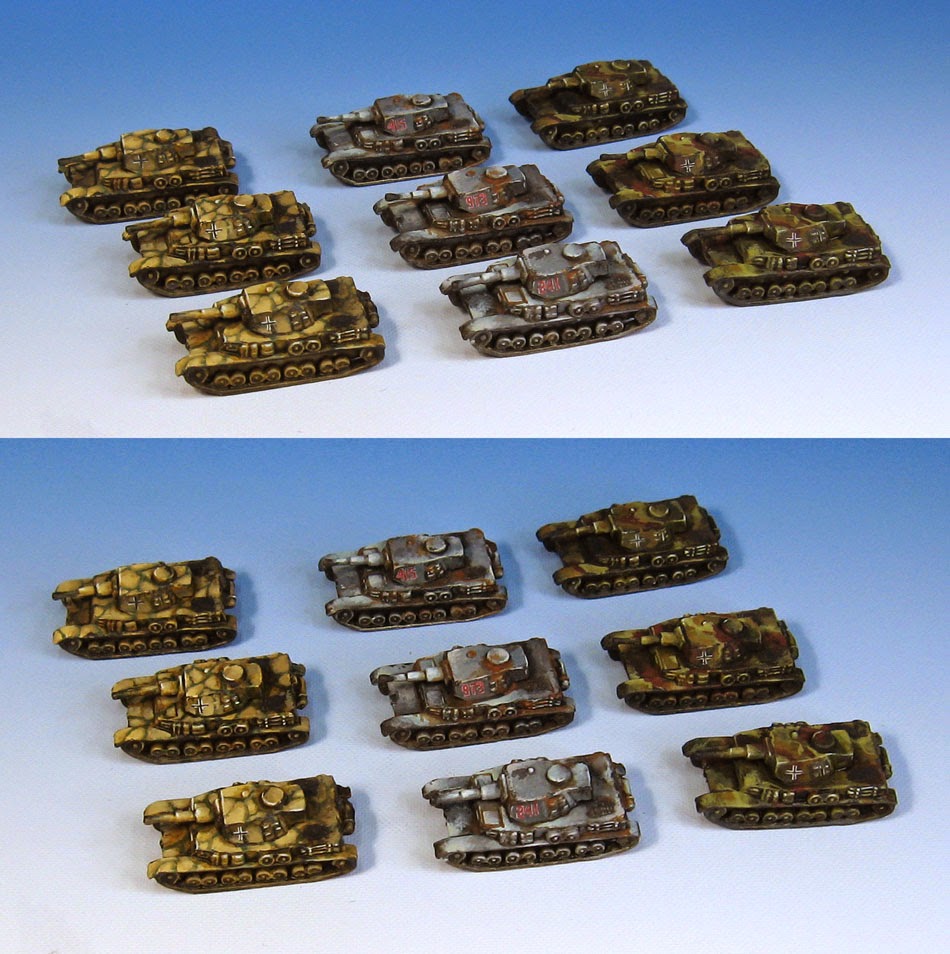 This image shows the last 4 sets. 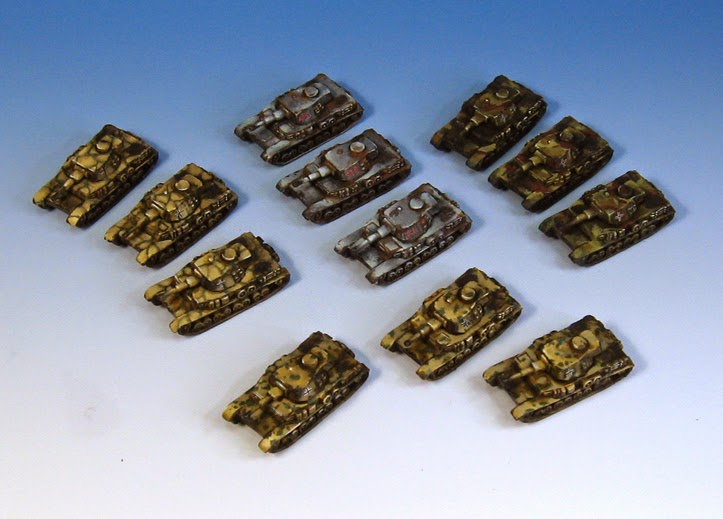 Now for all five, including the desert scheme.  I am glad that I have been trying out a nice variety of patterns, instead of doing just the typical gray. 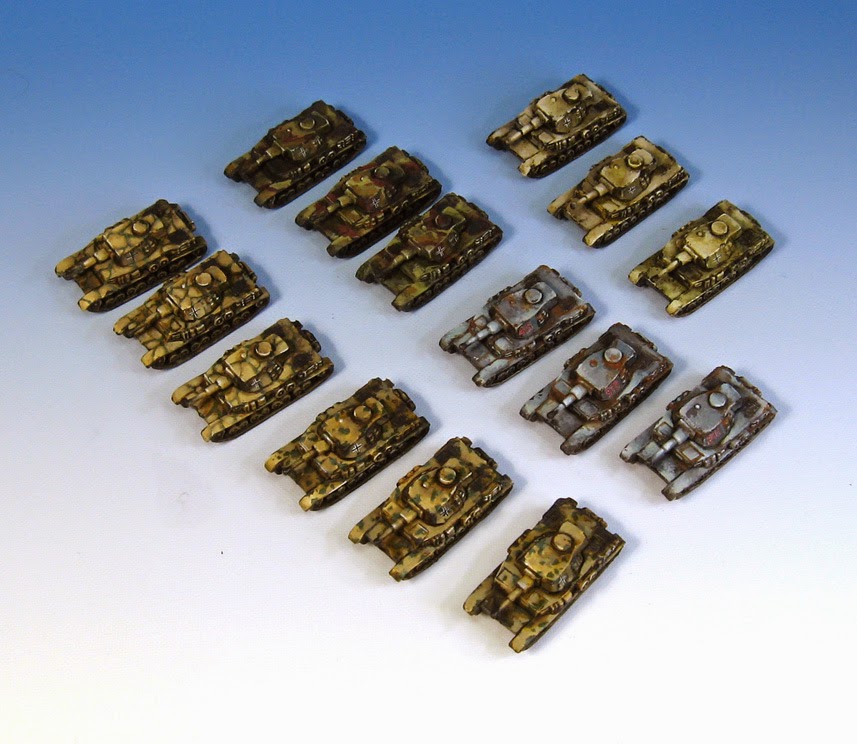 There will still be at least 2 more units of gray, however! 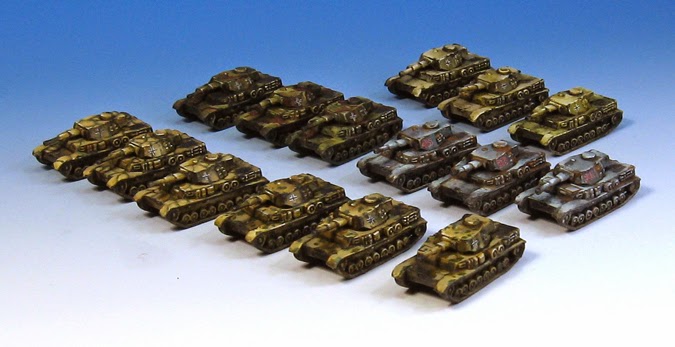 Posted by wappellious at 8:49 AM 4 comments: