Terradons are one of my favorite units in the lizard army.  I love the speed, the drop rocks, and hiding a nasty skink chief in that unit.  Gotta love a skink who has multiple ST6 attacks at his regular initiative!  That's what Stikki Wikkit is doing in this unit.

I made the movement trays for Rampage last year (the other unit had 5 terradons).  When I heard about the new formations required in 8th edition, I thought I needed to make these.  As it turns out, the movement requirements are not really conducive to these trays, but they did make it a lot easier to move the skirmishers around quickly! 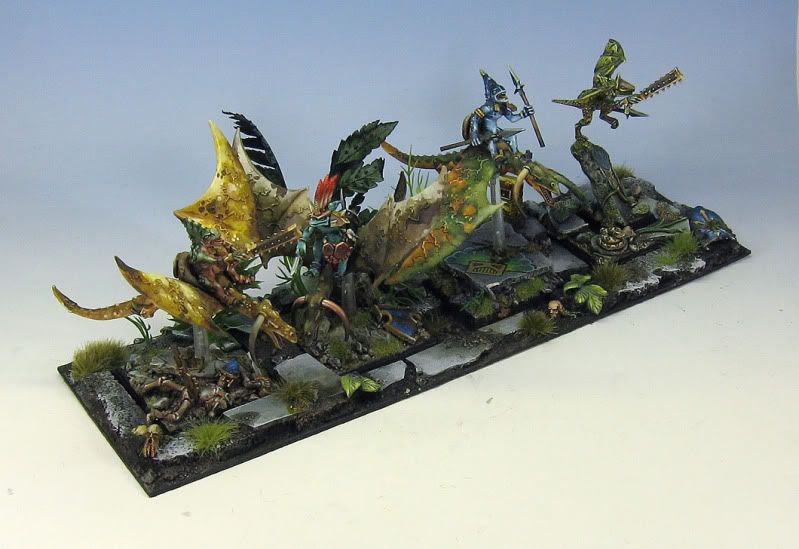 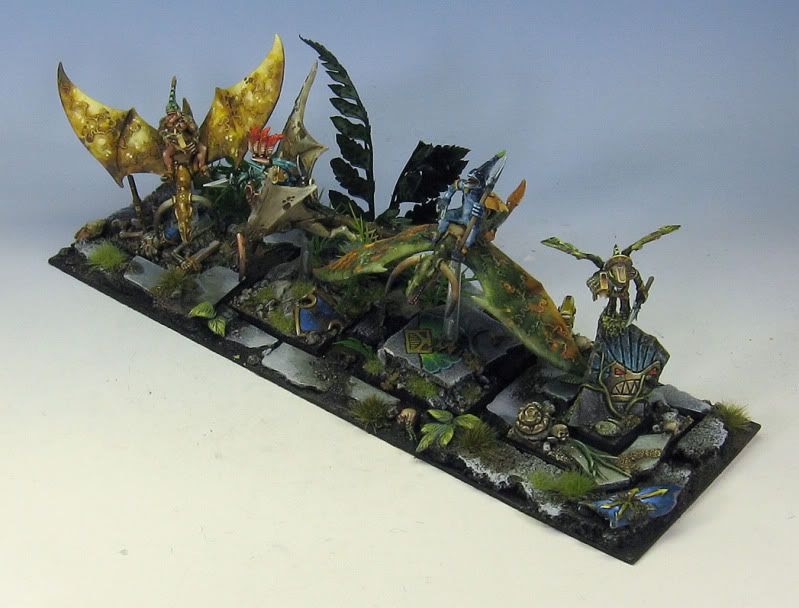 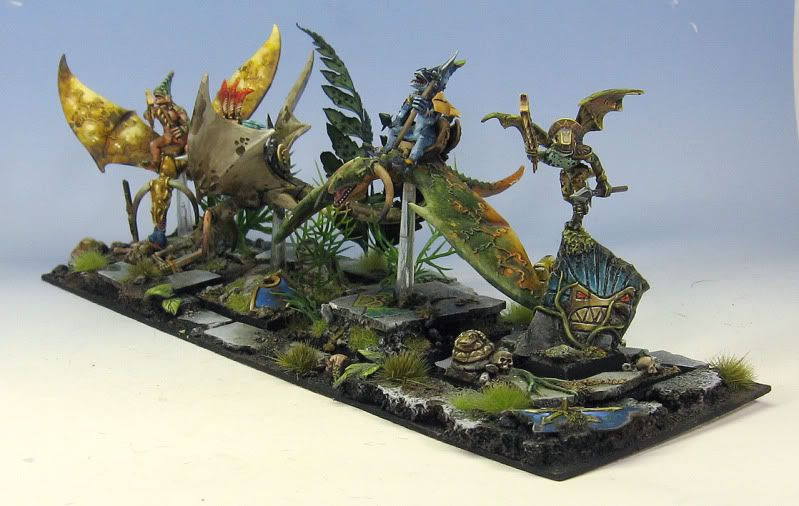 They were very fun to make, though.  Here is an image of another movement tray in progress.  As usual, broken bits of sculpey and other fun bits. :-)  The magnetized slots hold them in there really tight, which is good, considering how much they get moved around. 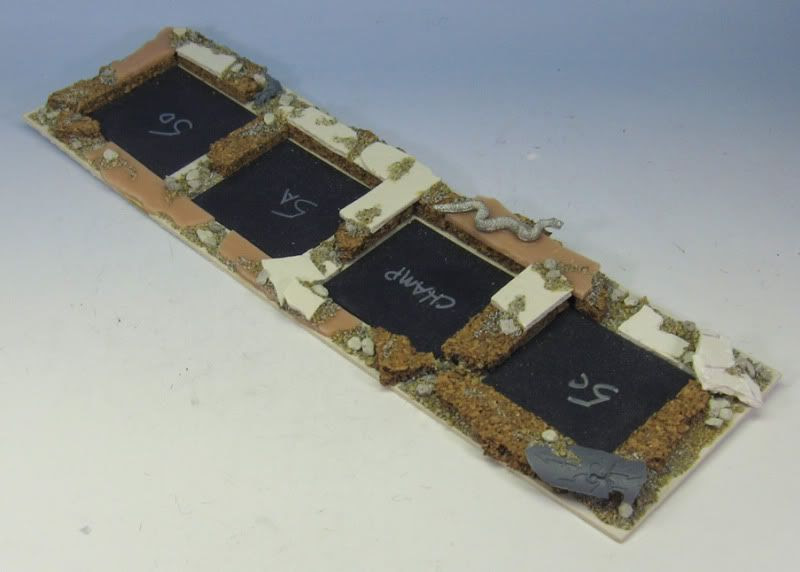