From hedgerows to hills to forests 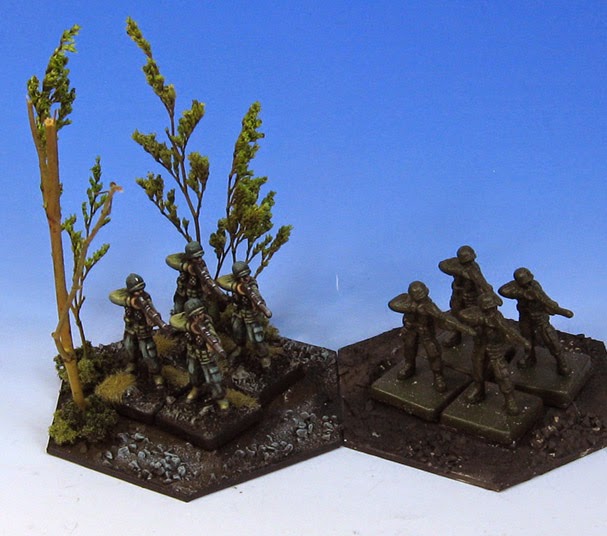 On to the rest of the needed terrain hexes for the troops!  As I mentioned, You will need at least 4-5 hexes of each terrain type.

Hills were easy enough.  I varied between 2 sheets of cork and one bulletin board cork thickness. 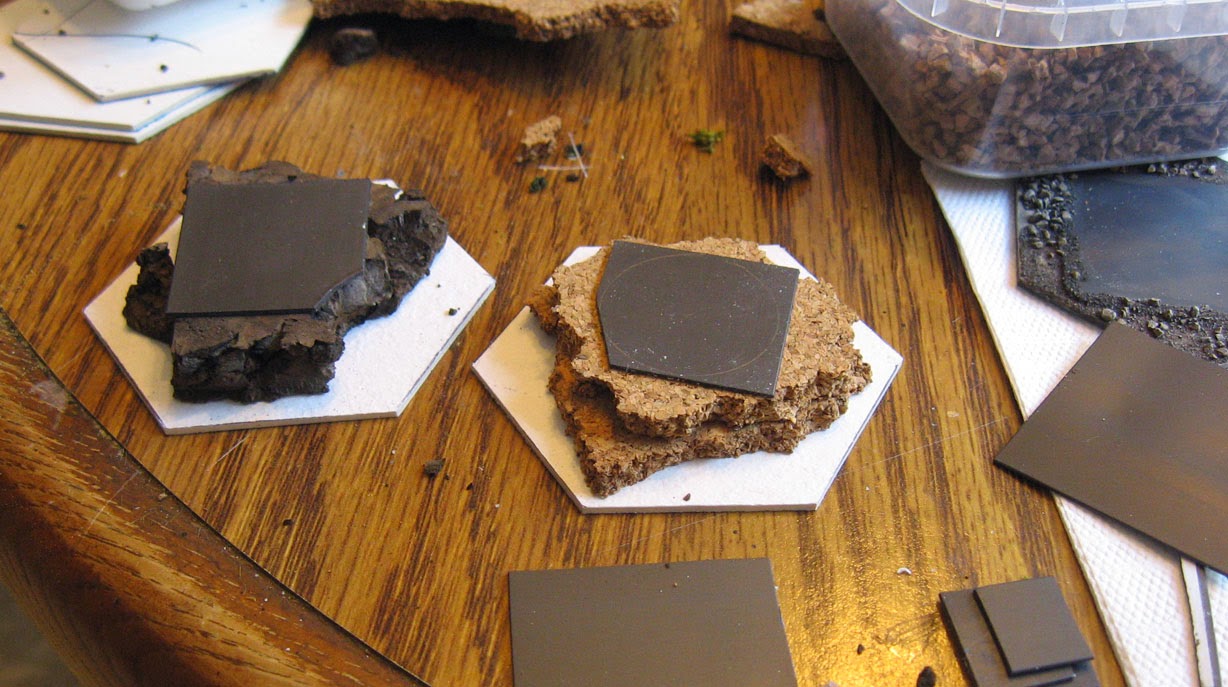 The rocks, gravel and flock were getting everywhere, of course! 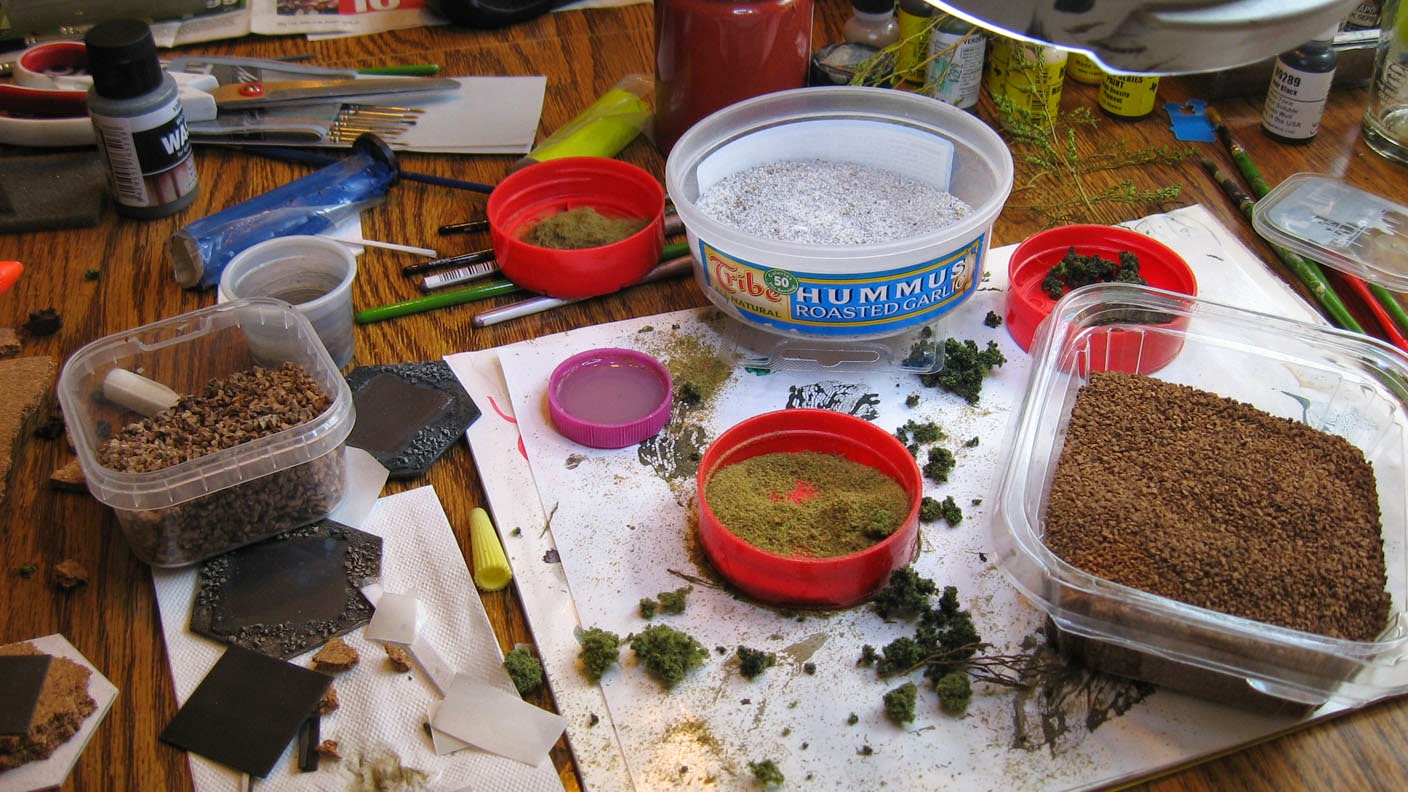 Forests were also needed.  To make them as different as possible from the hedgerows, I decided to use some of the vast amounts of dried foliage that remains from the Golden Days of dioramas.

Back then, I developed a method of anchoring the trees using green stuff.  A spot of glue on the bottom, and it would be very secure! 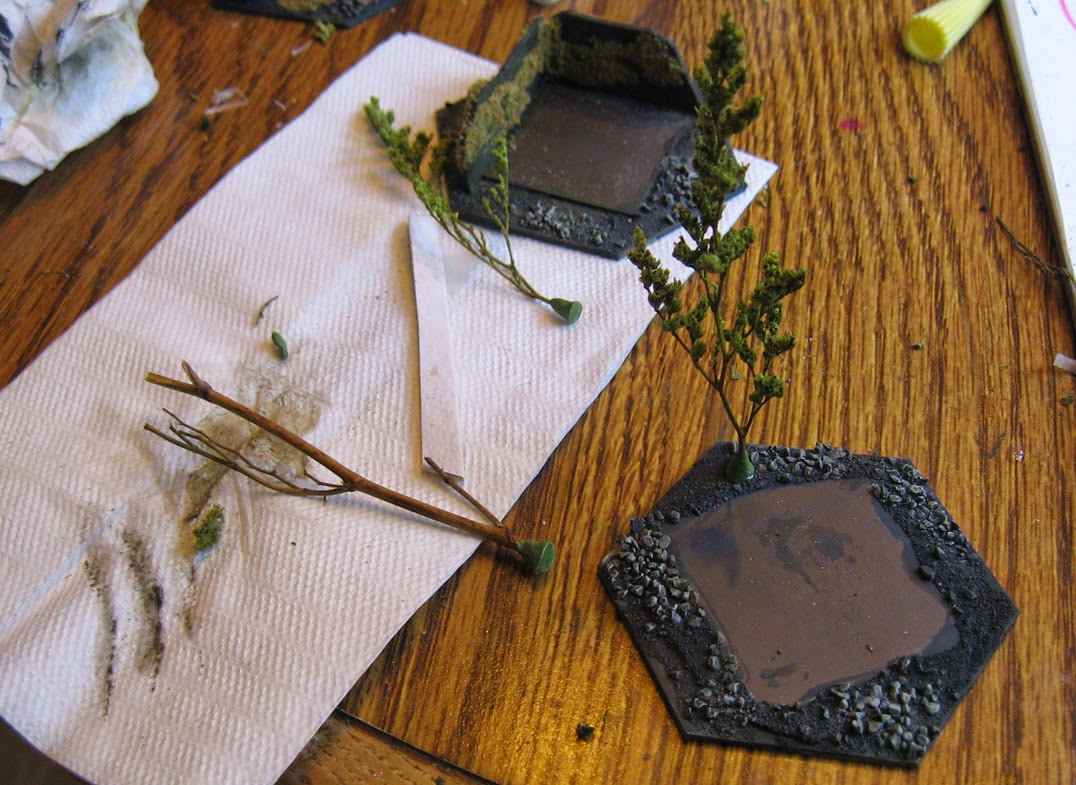 You can see the progress at that stage. 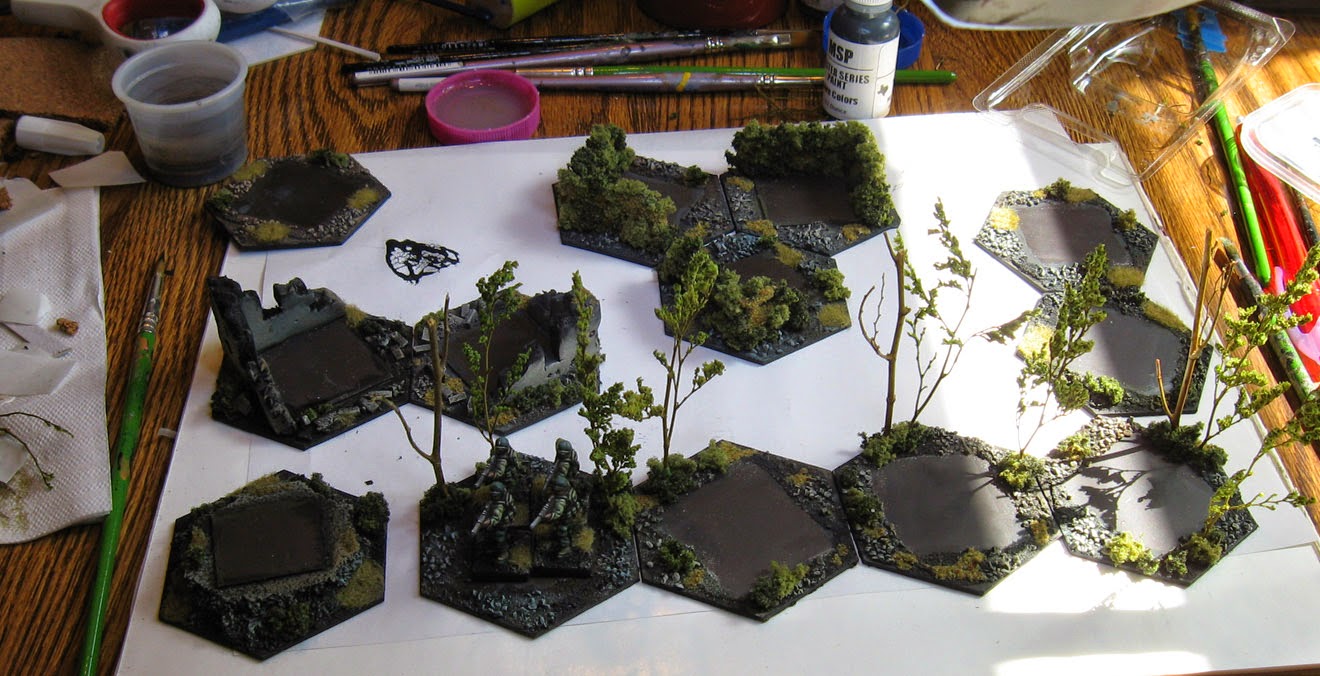 A bunch of nice terrain hexes, which would make playing the games not only more cinematic, but a whole lot easier.  Identifying what unit is in which terrain became so much easier!  You can survey the battlefield and take in in much more rapidly... making the game faster to play as well. 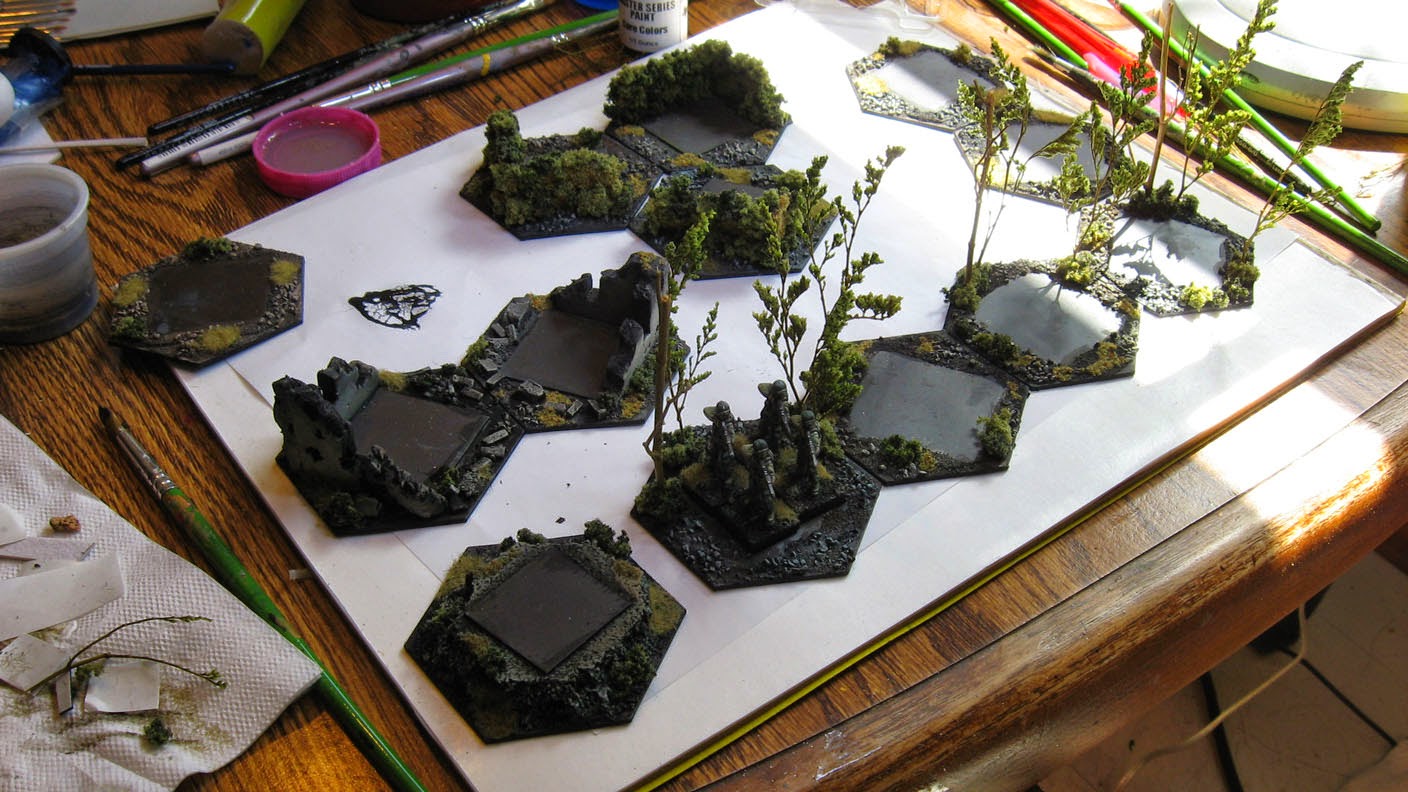 A finished piece with painted minis vs what we started with.  A big difference, I would say! 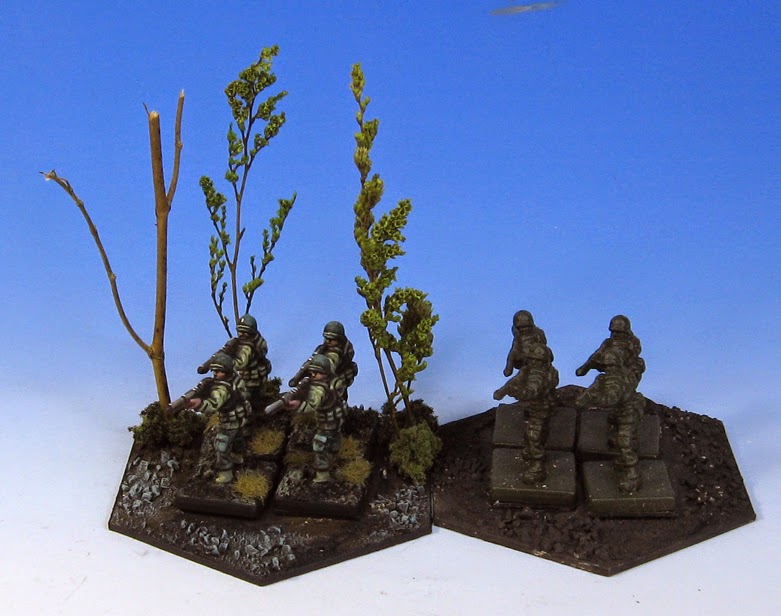 The trees have been used quite a bit, and nothing has broken yet! 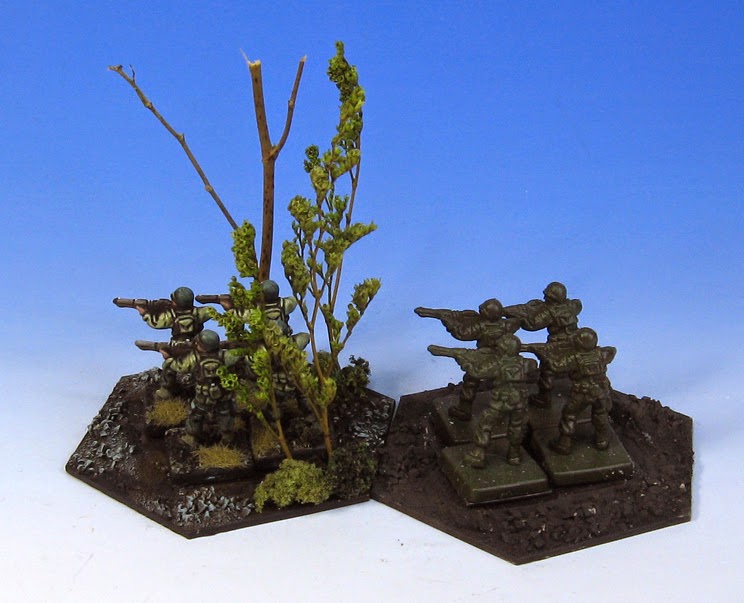 Now almost all of the infantry are painted! 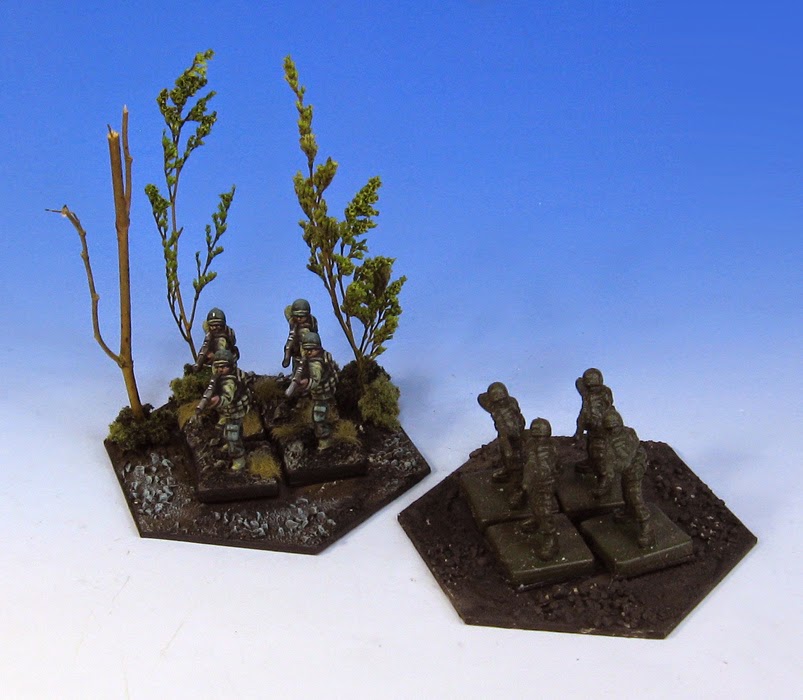 Not long from now, it will be time to move on to the Brits from the Mediterranean set!! 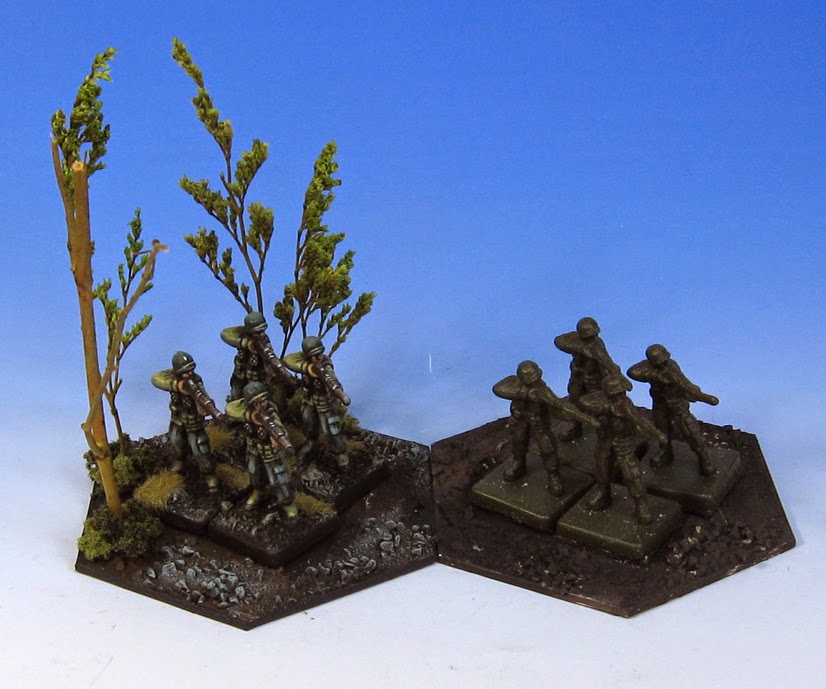 Posted by wappellious at 1:24 PM No comments: