One last time! The dwarves gather... 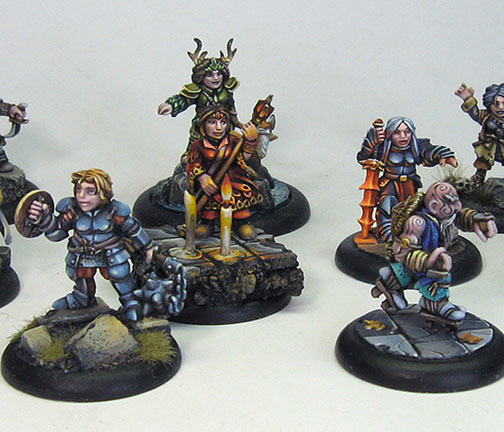 OK folks!  One final group shot of the Stonehaven dwarves!

They really have been fun to paint.  Lots of character.  They will make great RPG minis!!

This did give me a chance to do a nice variety of basing themes :-) 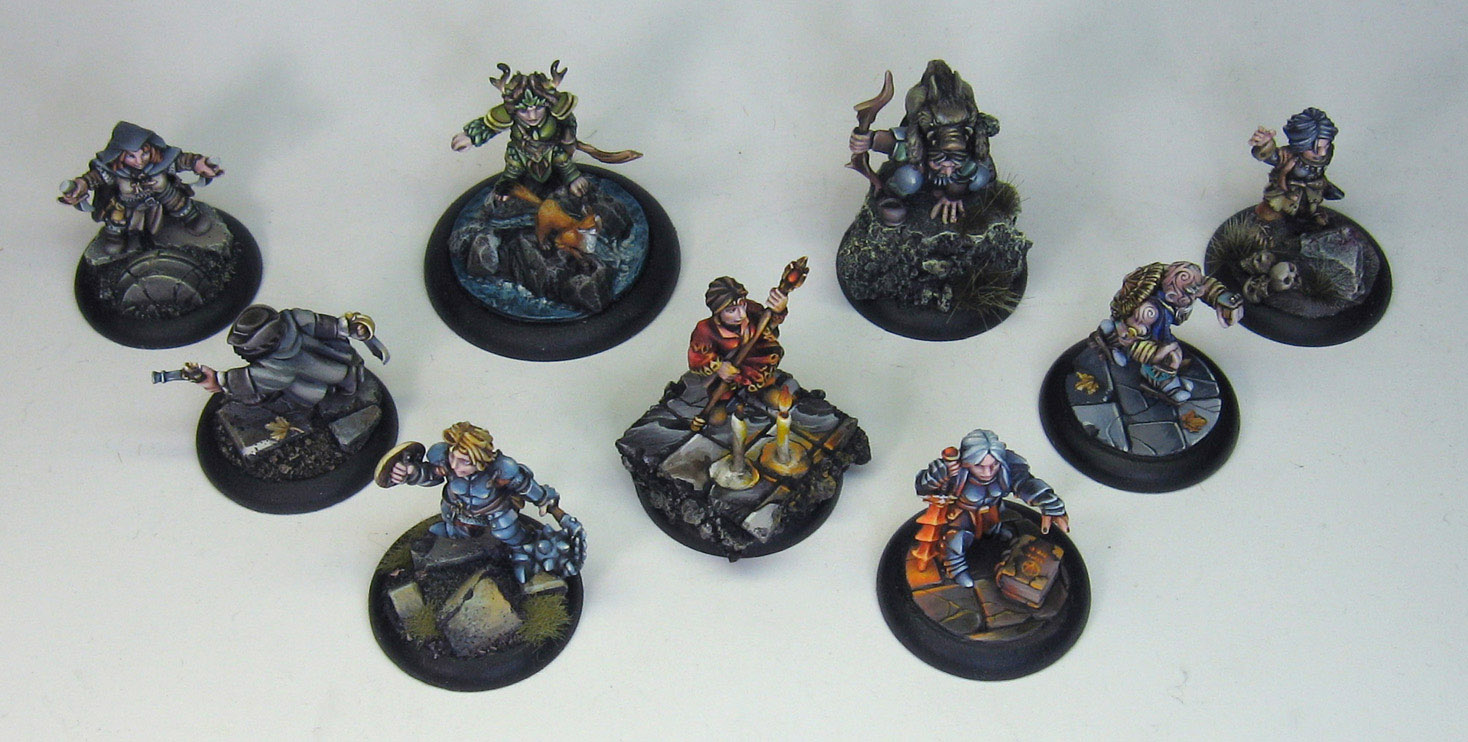 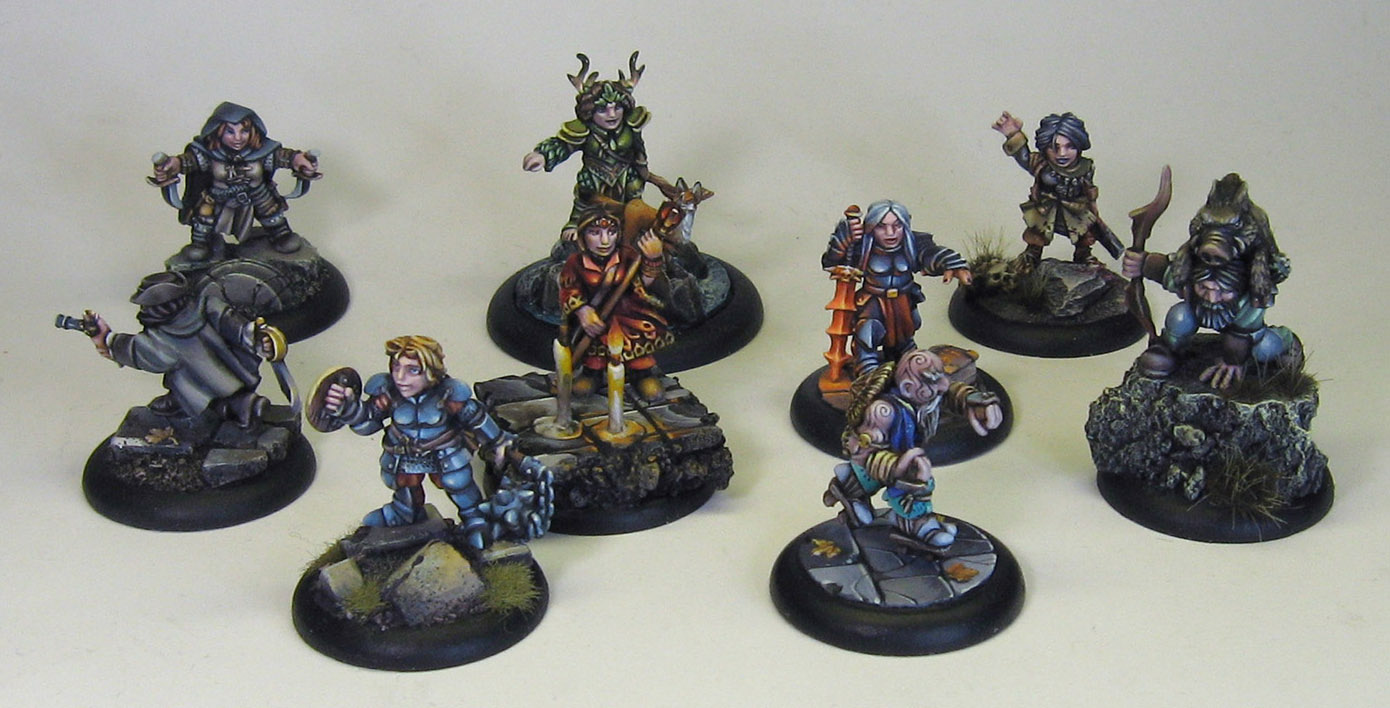 I hope you have enjoyed this series!  Go check out the Gnomes kickstater currently under way! 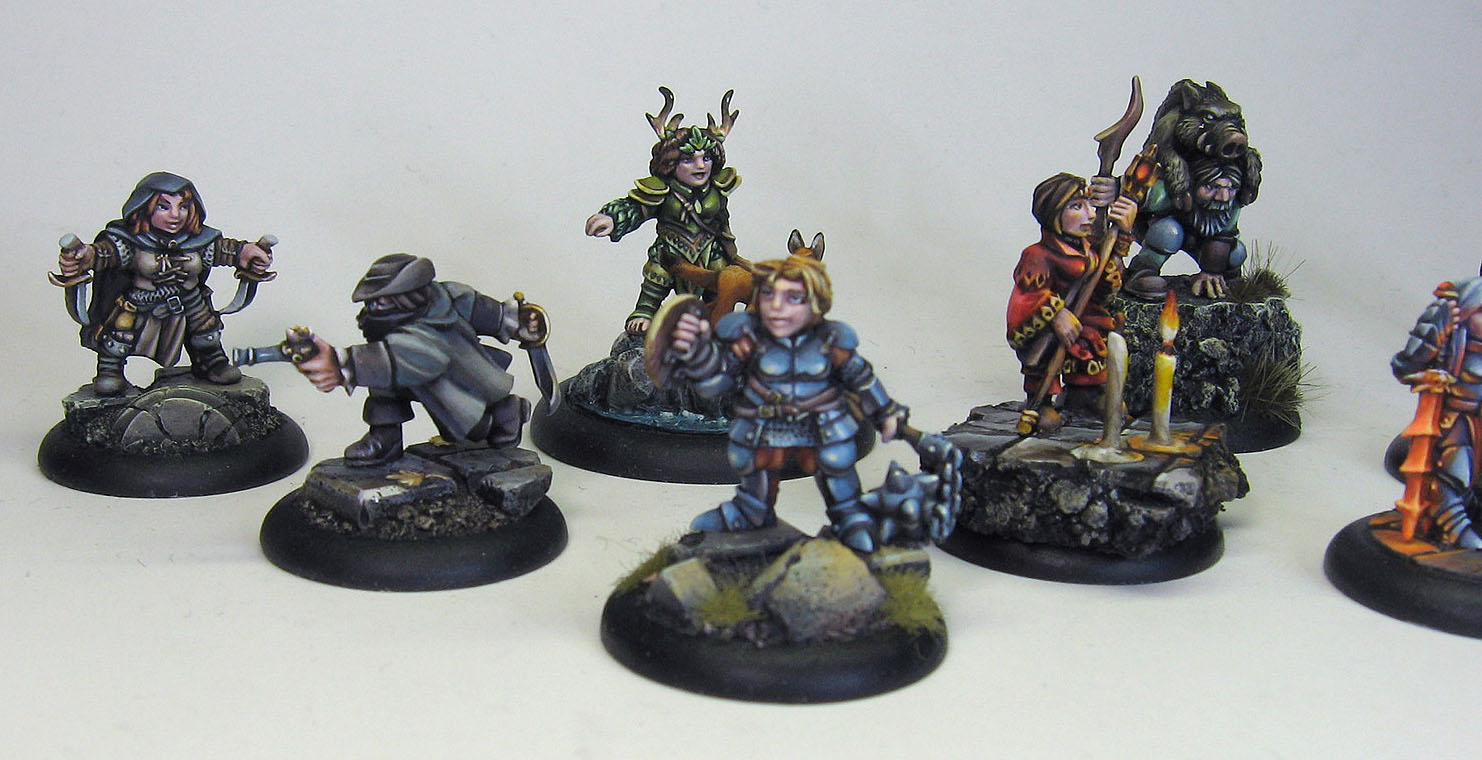 If you should be interested in learning any of the techniques used to paint or base the Stonehaven dwarves, you can check out my own Kickstarter, which is down to the final day! 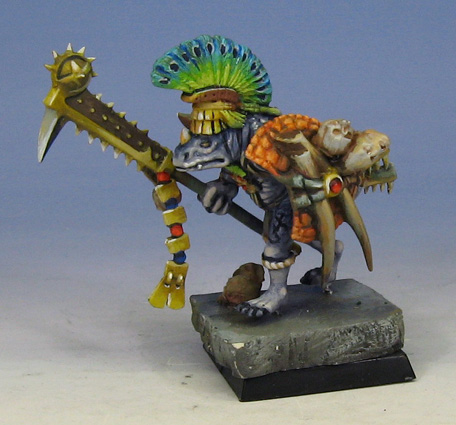 Well, I still want to celebrate the anniversary of the Blog's beginning by showing a unit of converted Temple Guard which I made for my converted Mage Priest!

These guys started out as a batch of old Lizardman figures which I purchased at a bizarre bazzare.  They were in a pretty bad state, which was no big deal, since I had other plans for them! 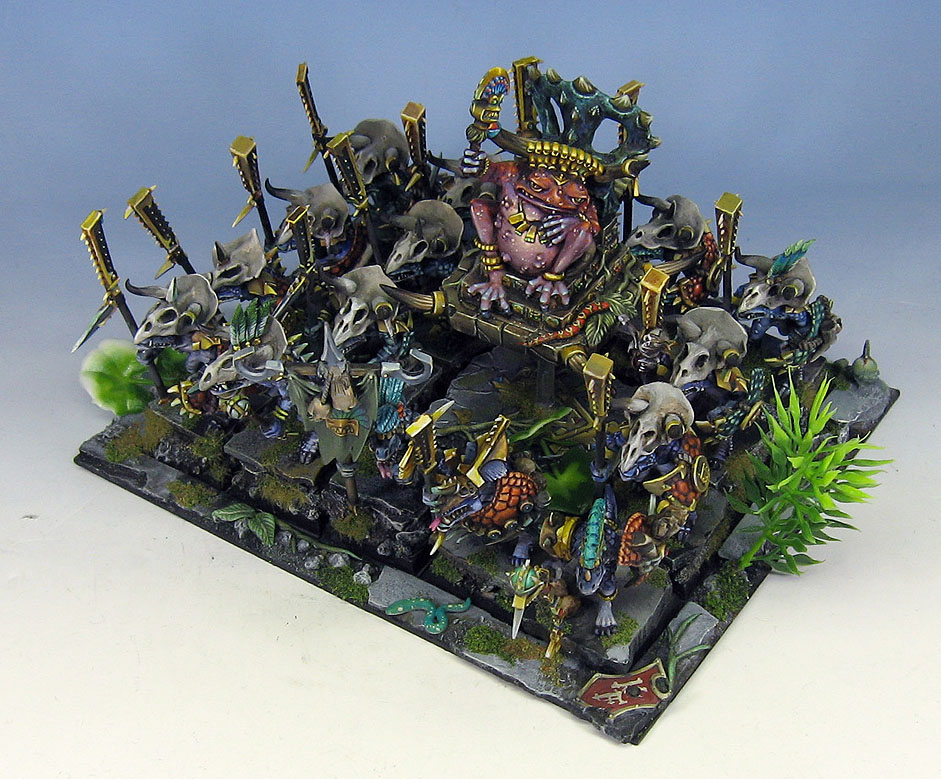 Some of the conversions were made with standard 7th edition saurus, but I also had some 5th edition old timers that I used as champions, banner bearers, etc.  I was also given some spare plastic Temple Guard bits, which proved to be very handy! 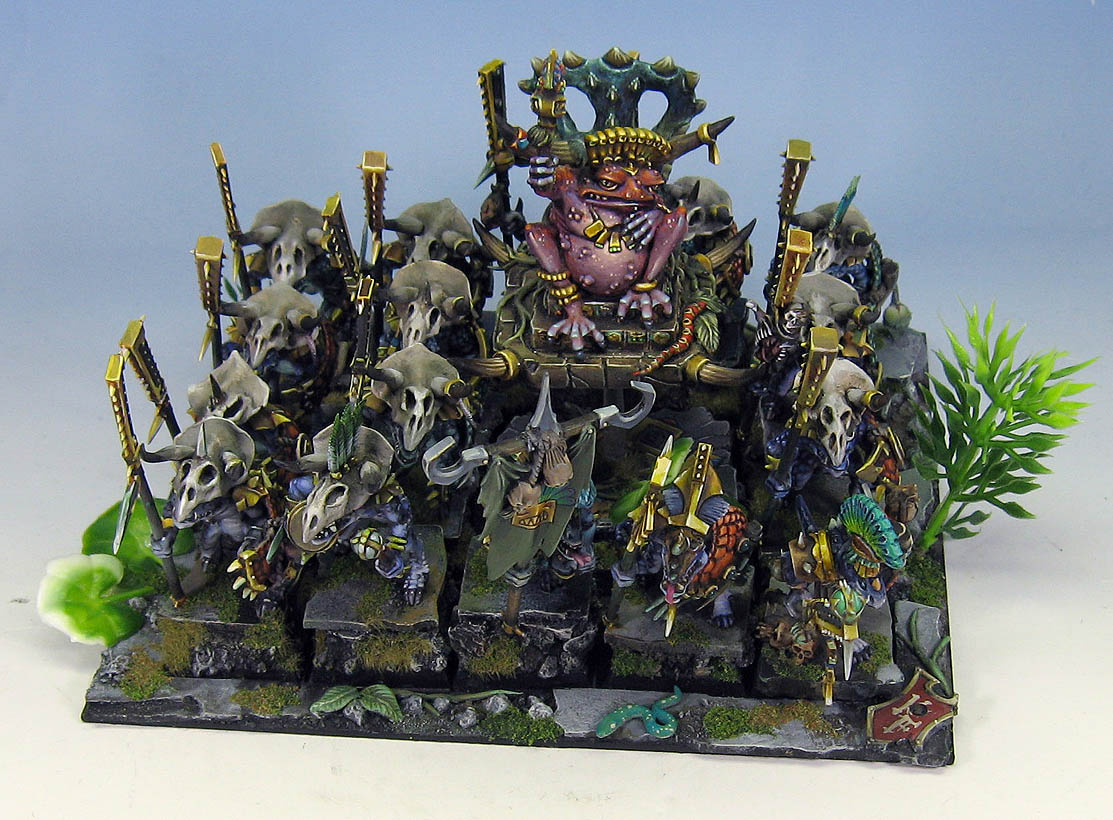 You have see other examples of my movement trays, complete with broken stone floors and vegetation.  I also like to add snakes, shields, and other bits. 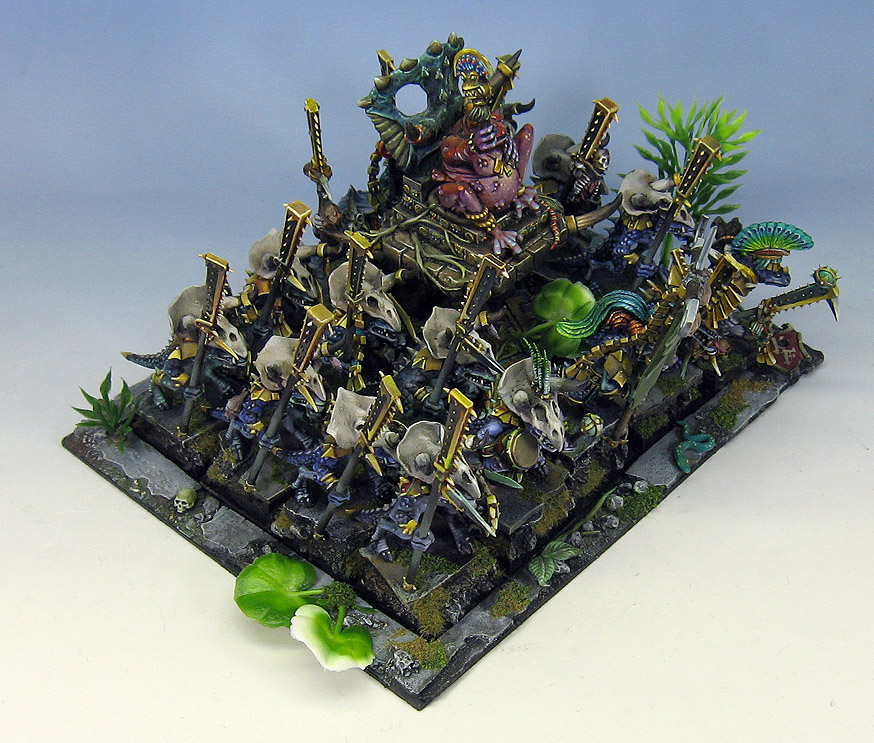 Most of the saurus got some sculpted head crests, made from brown stuff. 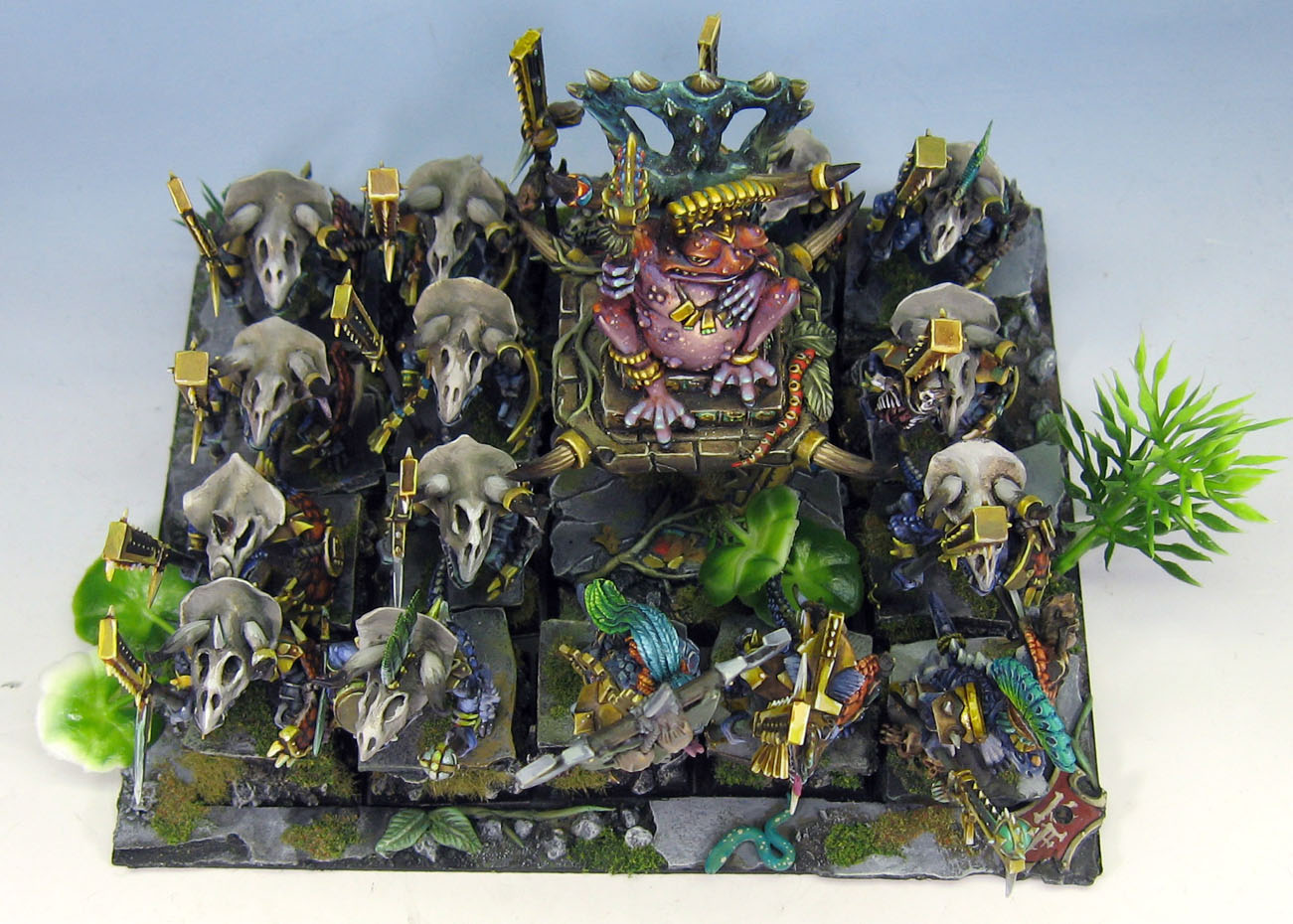 Once the whole unit was painted, I was very happy with it!!! 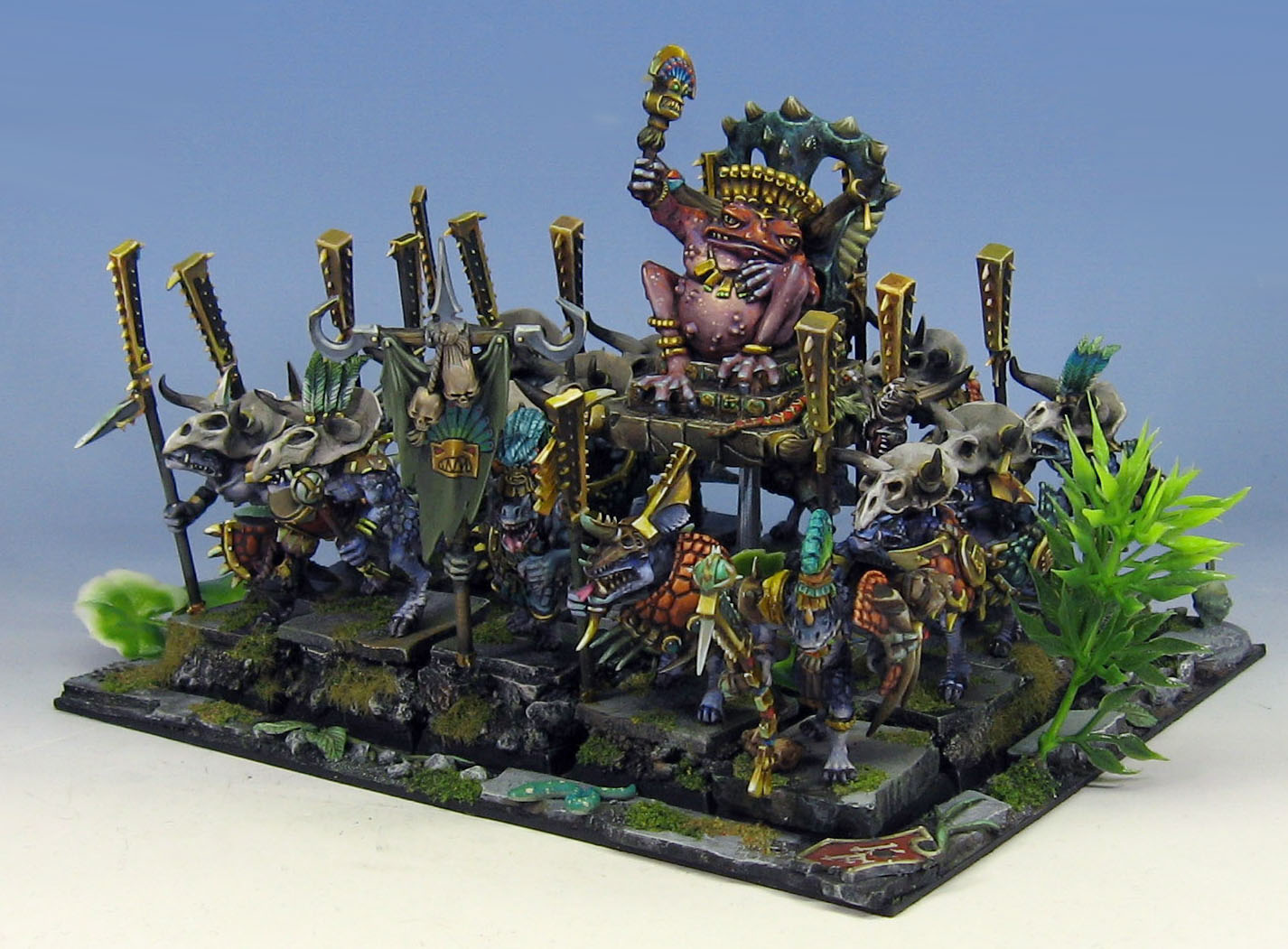 Here's one of the conversions using the plastic Temple Guard bits...

And here is a shot of the 7th edition saurus with the sculpted head crests.  I used brown stuff, as that material holds and edge much better than green stuff.  It can be more brittle, but that's the trade off. 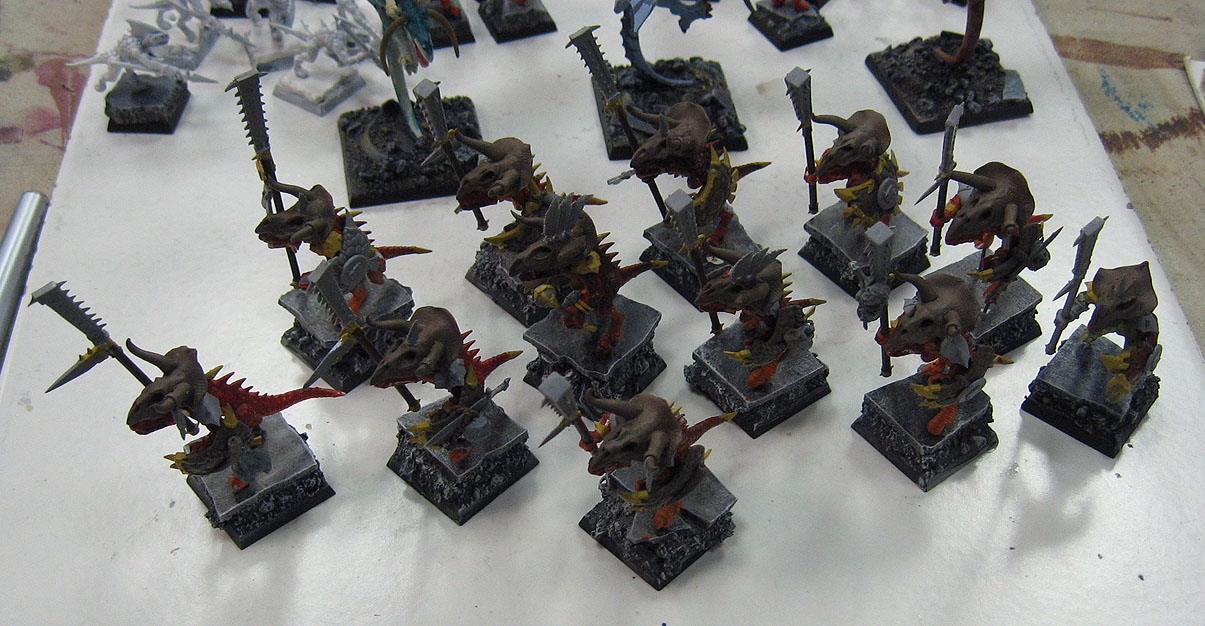 Most of the weapons were made by combining spears with hand weapons. 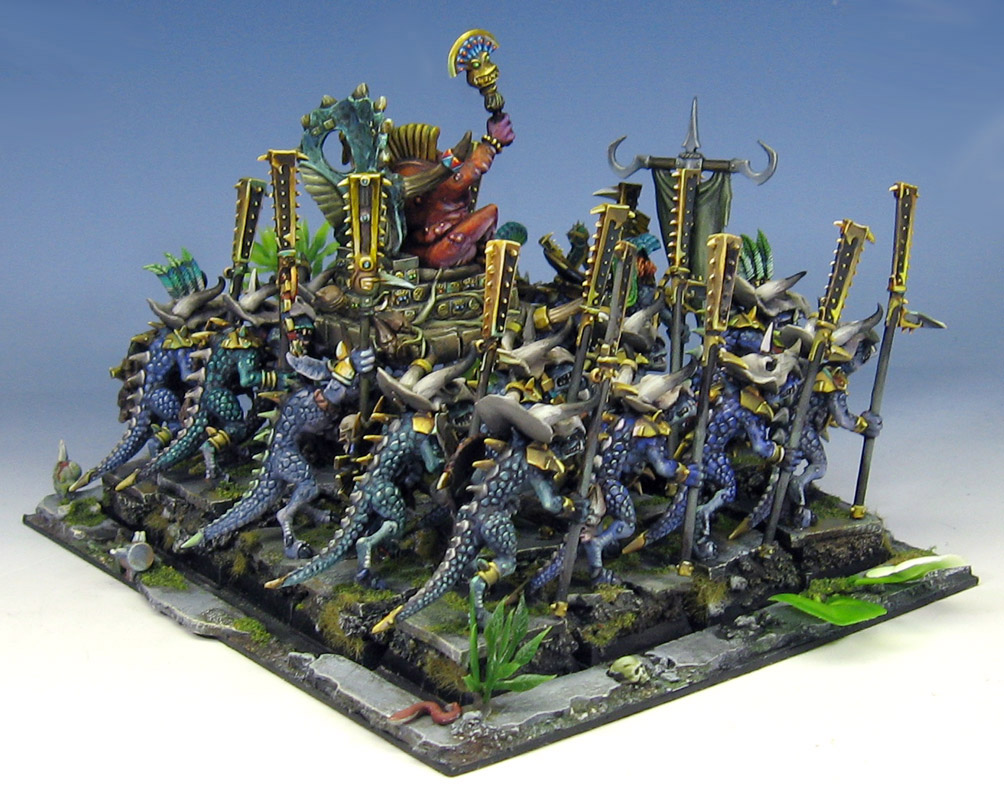 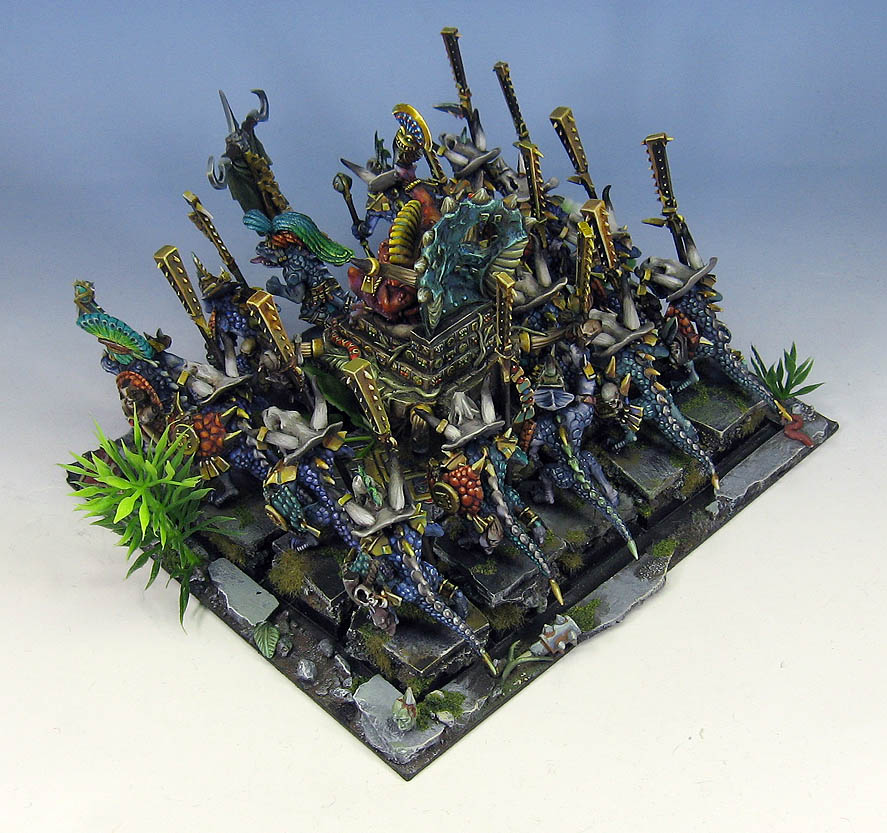 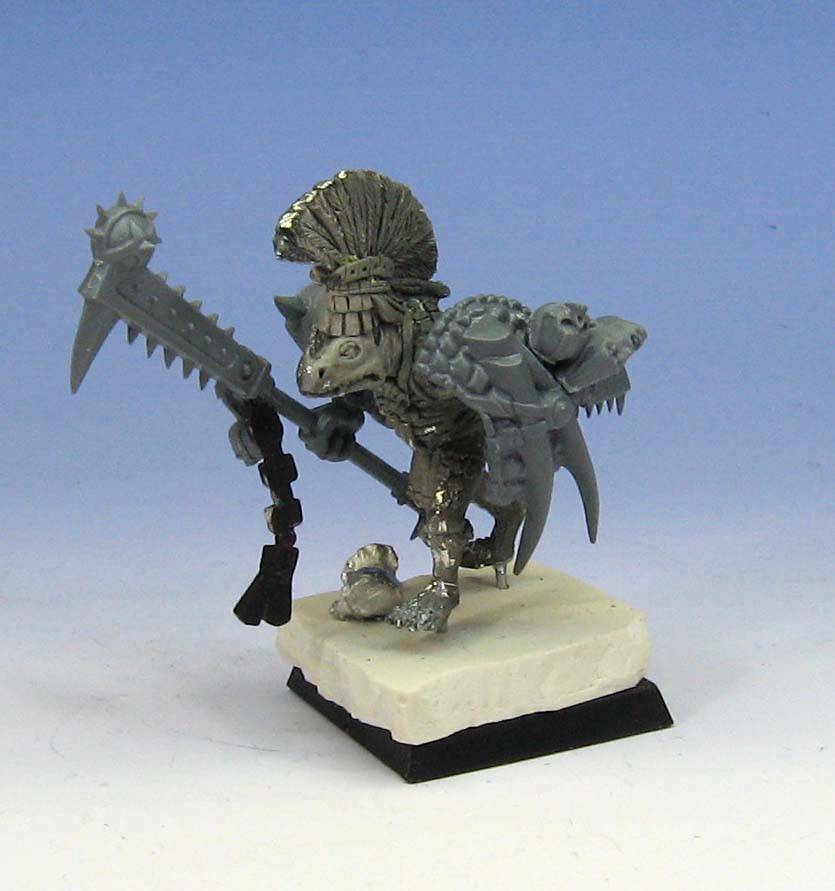 OK folks!  We are getting down to the end of the Kickstarter!  Only about 36 hours left!!!!


Posted by wappellious at 12:28 AM No comments: