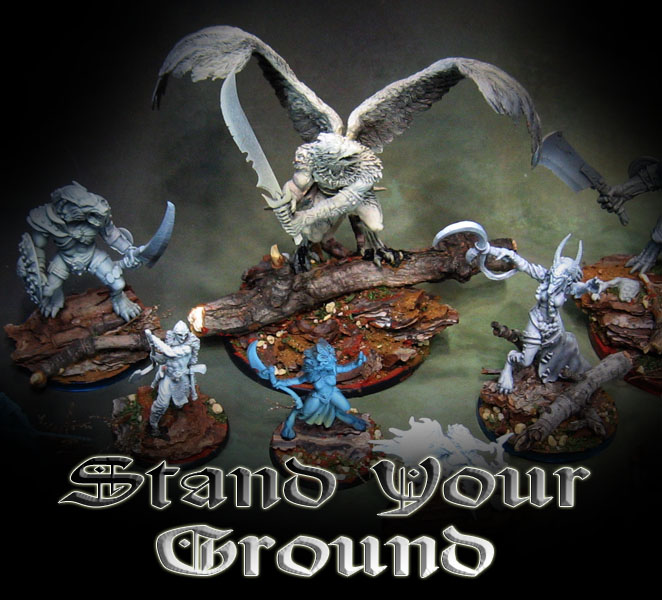 A few weeks ago, I did a facebook live broadcast to show people how I create the "Bark and Branch" method of basing.  The concept is pretty simple... gather up some pieces of tree bark, some branches, and have at it! 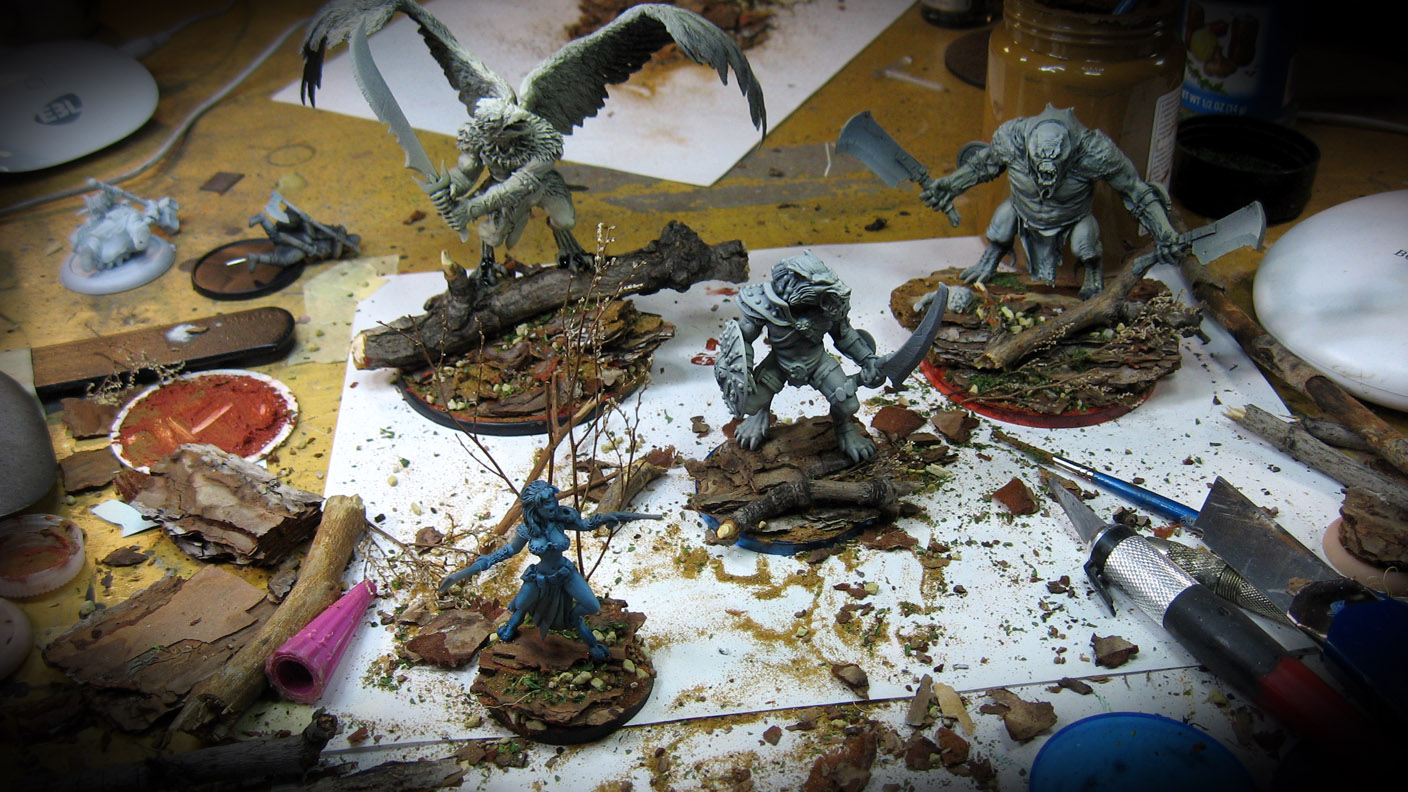 There's a few tidbits of advice and knowledge that are handy to pass along, so I tried to do a number of different bases, some of them quite large! 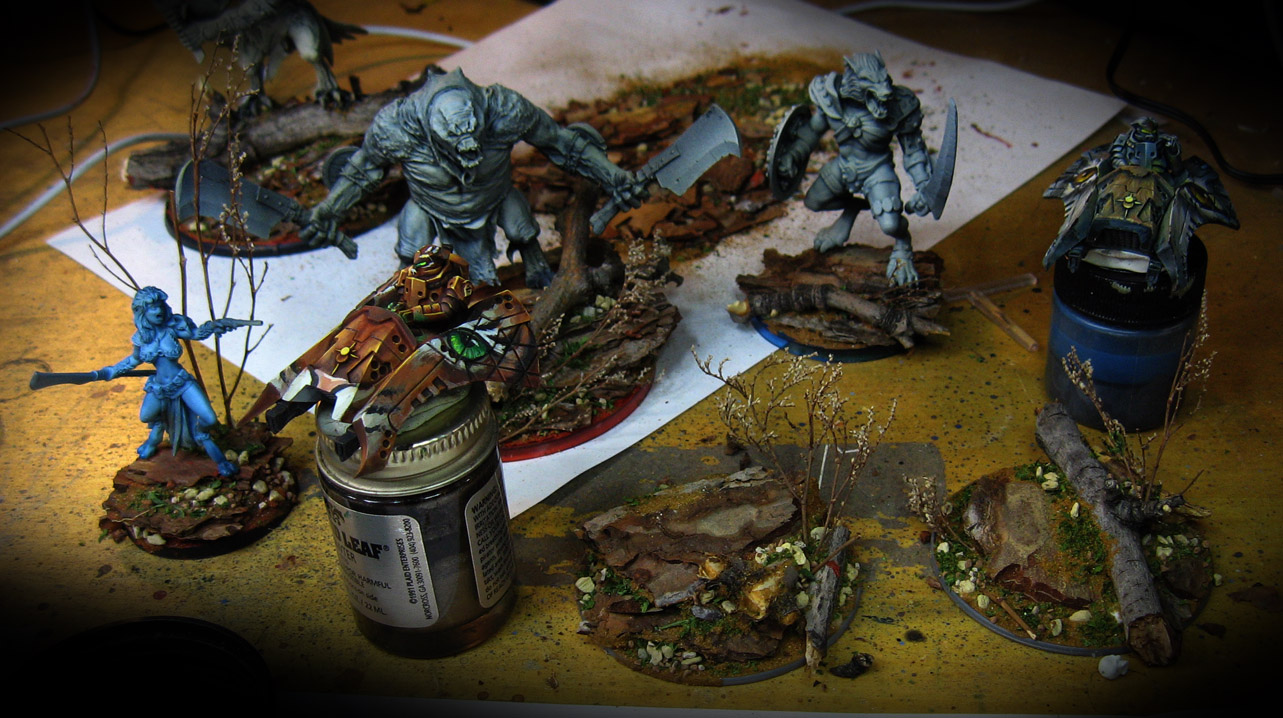 You can see what a mess is usually left behind.  Again, the materials are not very expensive... in fact, a large portion of them are completely free.

Another goal was to show how this basing style can cross over many genres.  I based sci-fi, steampunk, fantasy and historical figures all in this batch. 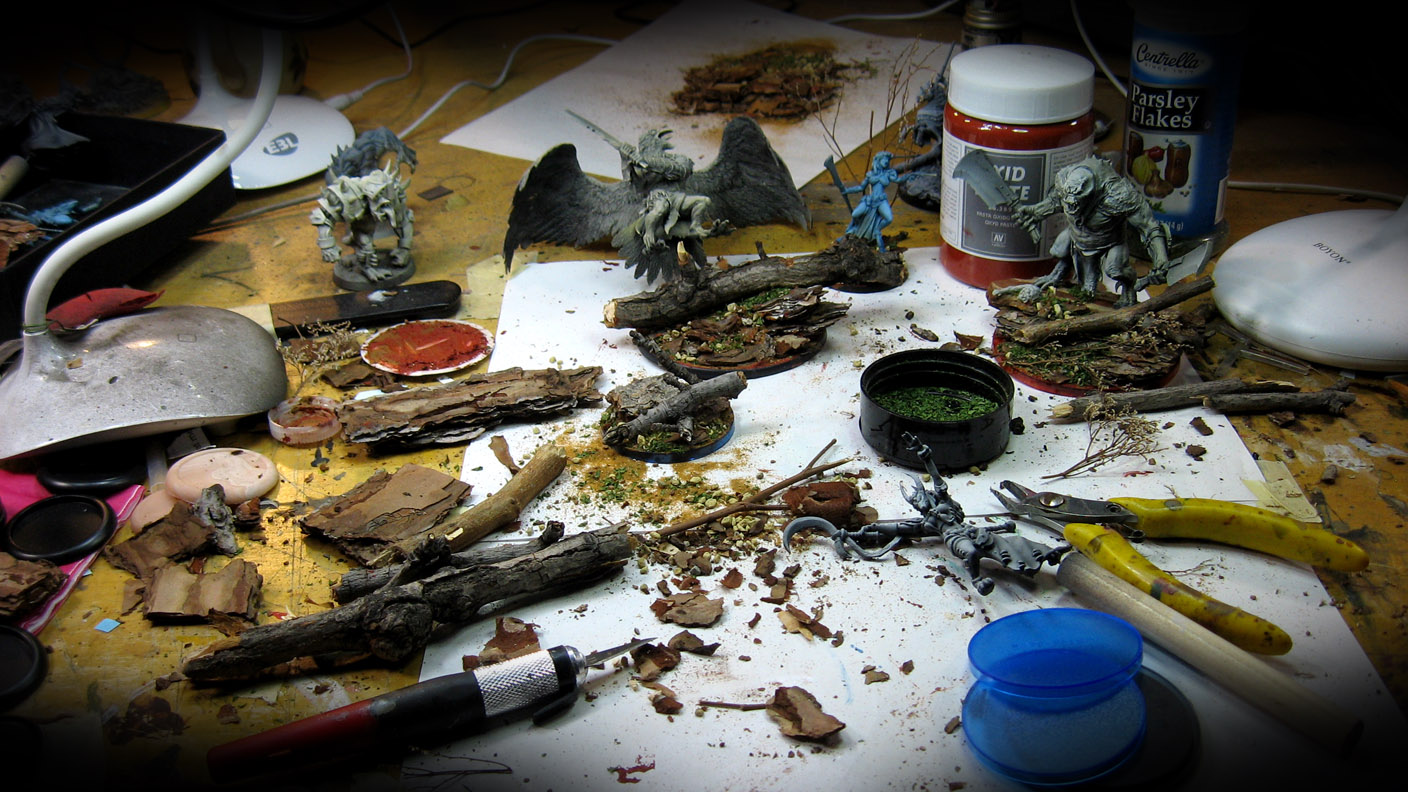 To augment the sci-fi look, I added some Secret Weapon Barrels to the Gates of Antares bases.  Once these were painted, it made a fast and easy way to create a convincing sci-fi scene. 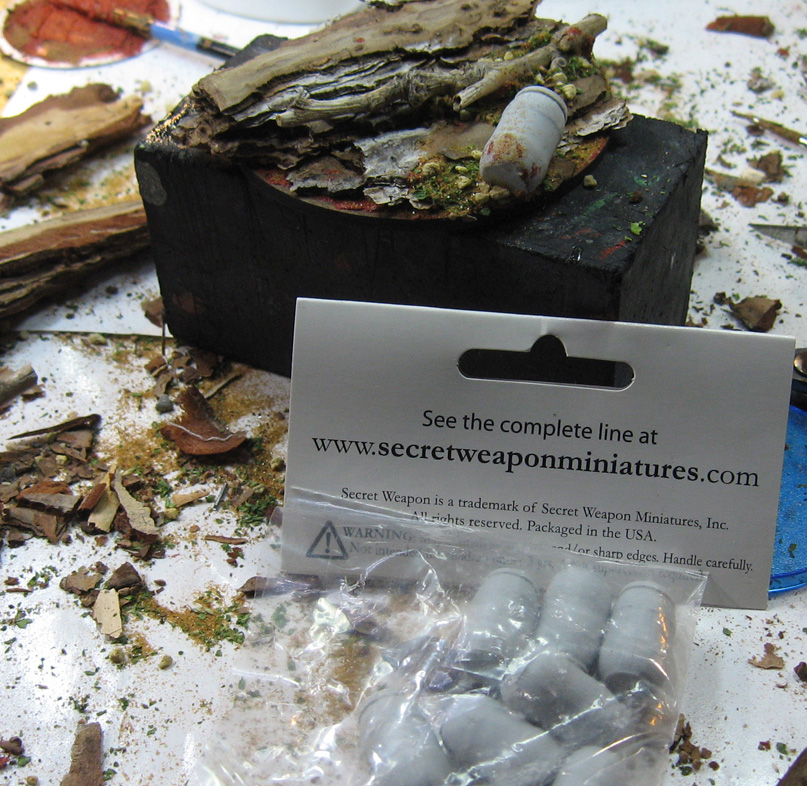 You have already seen the painted versions of these: 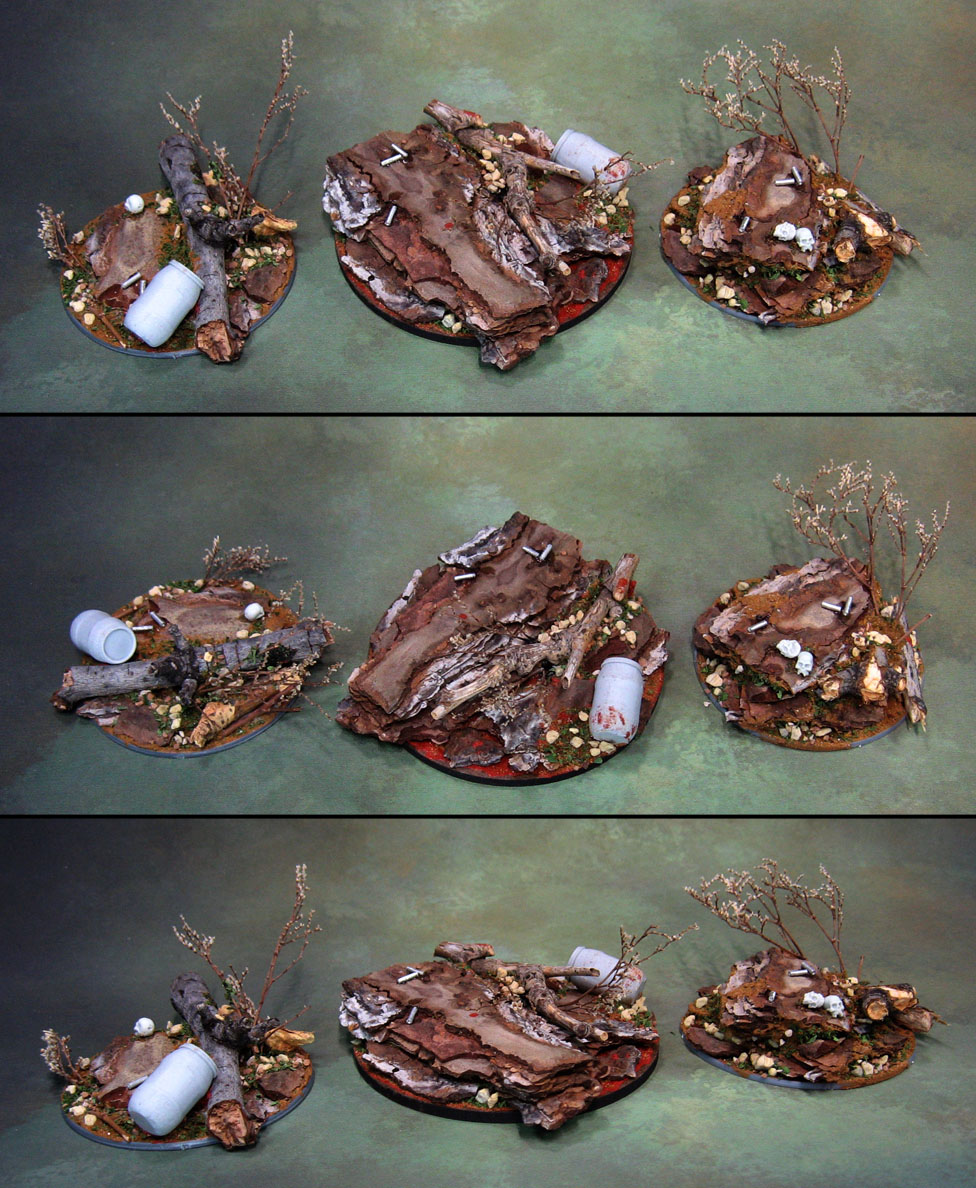 Now take a look at the whole group!  Some of these figures have already been painted in various demonstrations, including facebook live sessions.  The large creatures from Mierce Miniatures will also be shown live, such as the bird and the large troll on the right.

The blueish Counterblast figures on the left were used as oil painting demonstrations at Adepticon a few weeks ago. 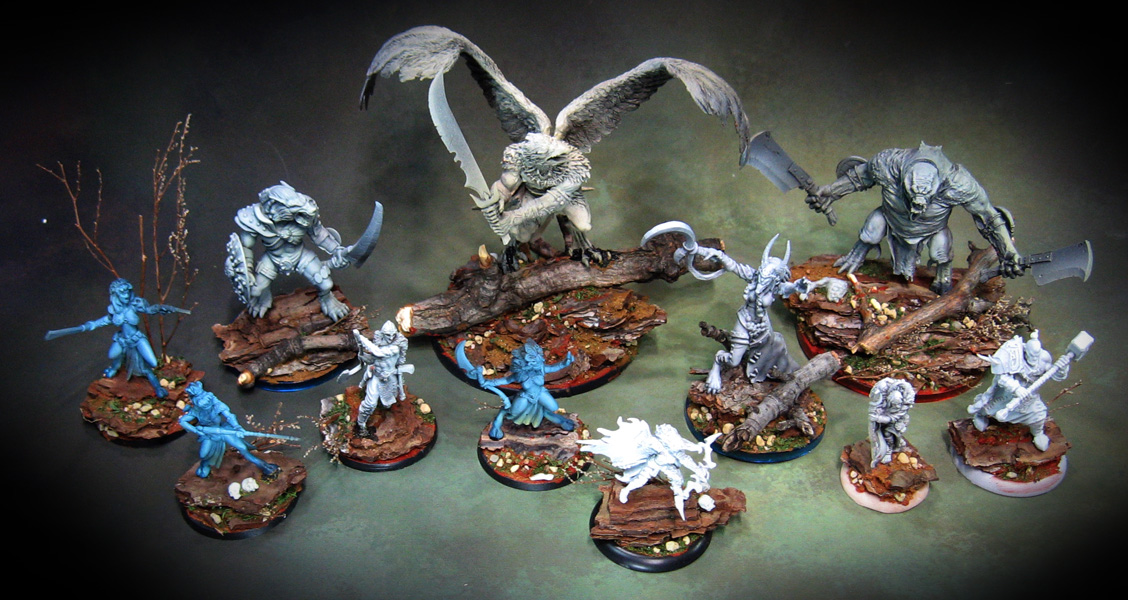 Here's a link to the facebook live basing session: 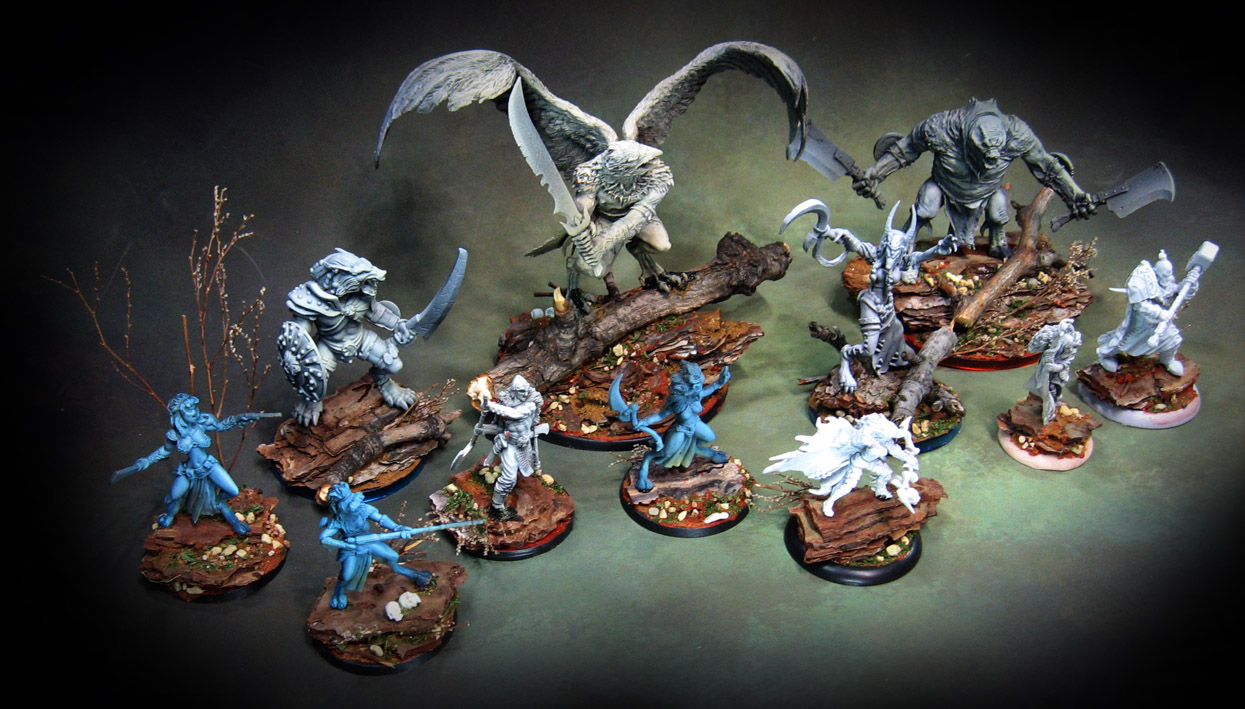