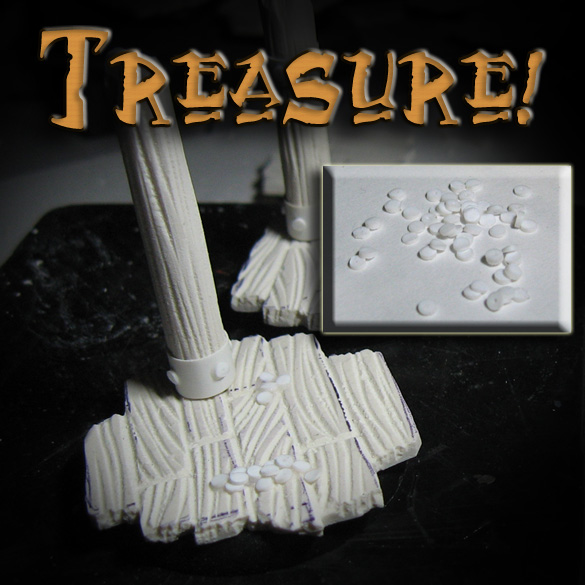 We last saw our pirate bases in need of a few more touches.  While there are many possibilities, such as rope coils, barrels, wooden pins, skulls and sea shells, I will focus on one simple addition.

That is gold coins!  And even a few spikes for the masts.

I have a variety of polystyrene tubes, which are perfect for this!  Of course, you could also use coils of green stuff which have cured as well.  I have done that when I didn't have any tubing on hand. 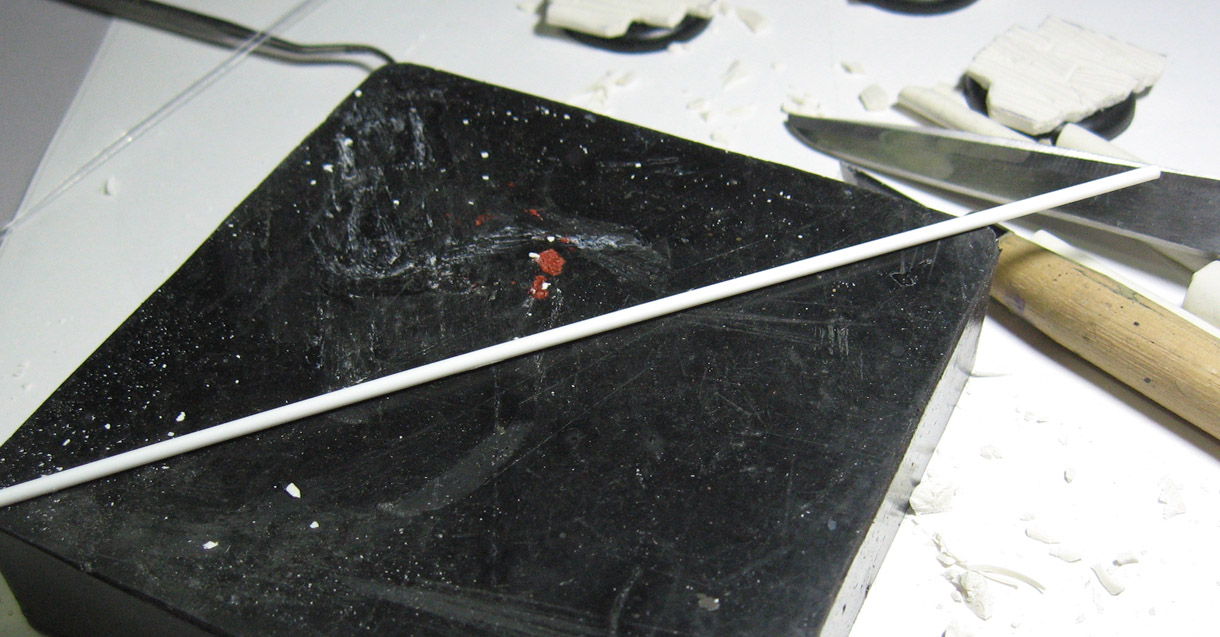 The tubes are cut into coins with a very sharp exacto blade.  This can be tricky, as he pieces sometimes want to jump away!  You will probably lose a few in the process.  Also, it is not always easy to keep the blade straight as you cut it.

The narrower the gauge of the coil, the easier it will be. 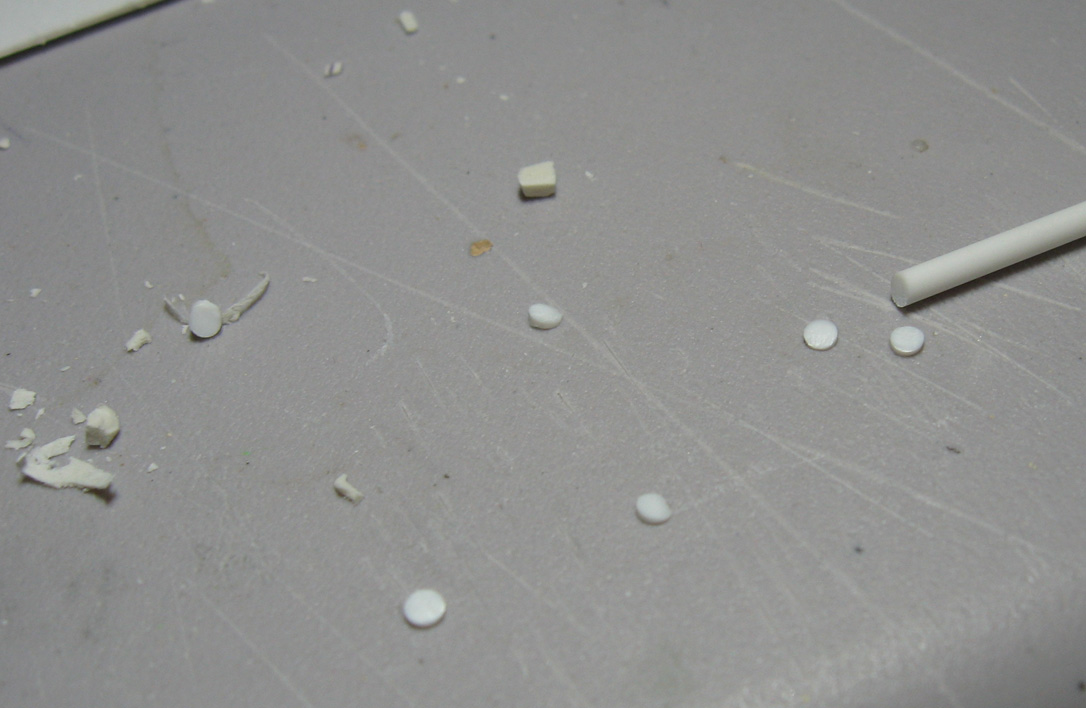 I like to have a large collection of coins on hand, so that I can make some nice piles! 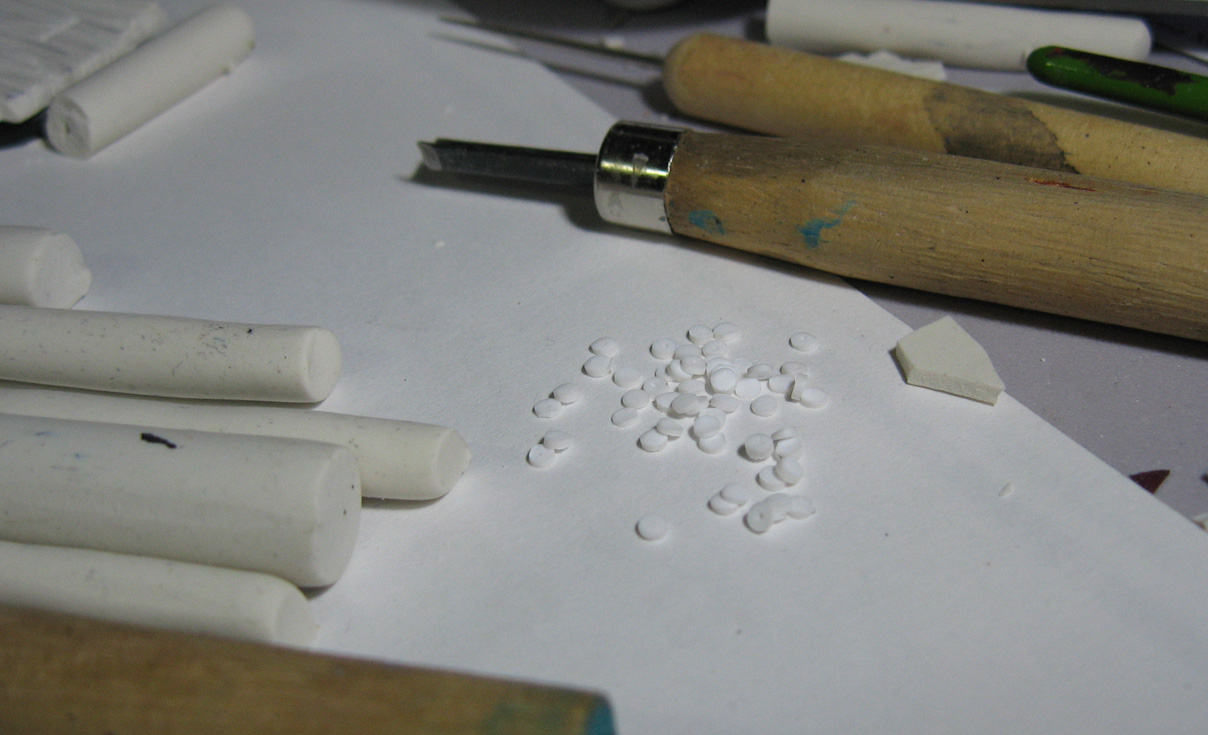 I put down a splotch of super glue (it was a thicker, gel style glue), and began placing the coins.  I tried to stack them up on each other, attempting to keep the piles as random as possible! 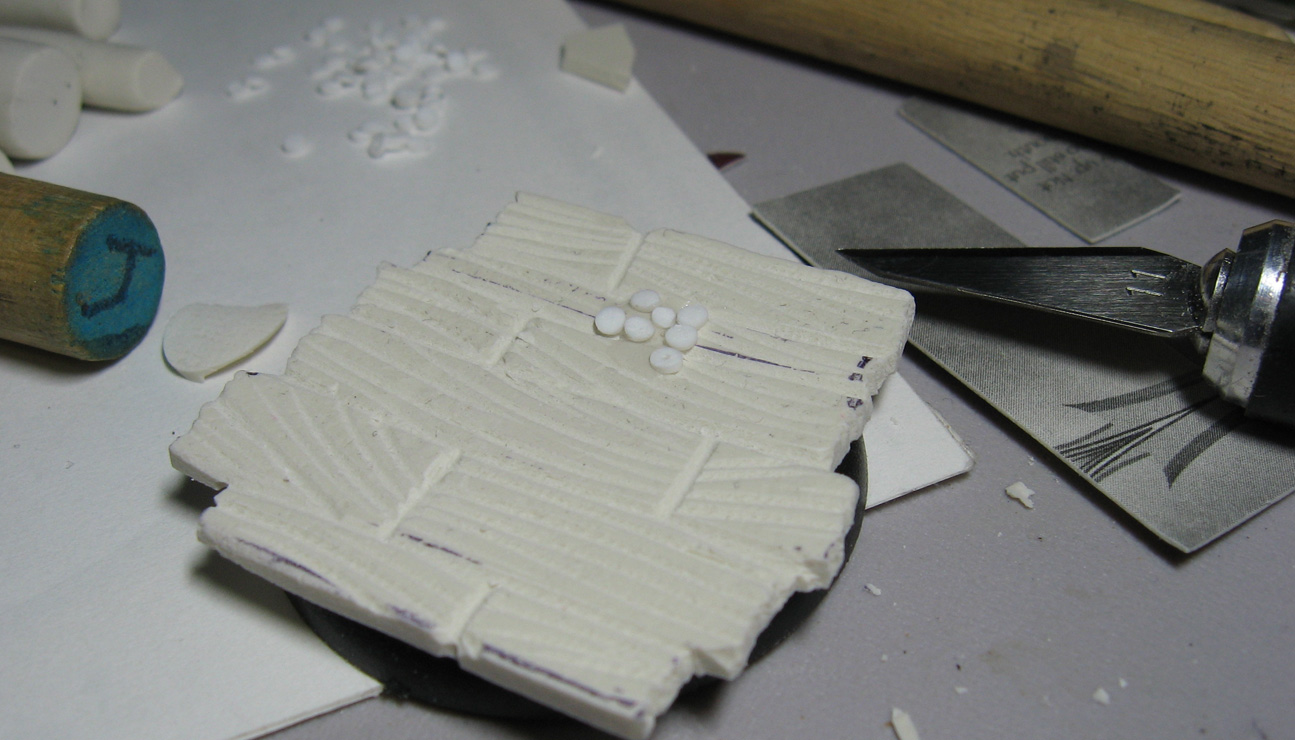 It's always a good idea to have a few piles.  One should be larger than the other... or at least have a few stray coins rolling away from the main pile. 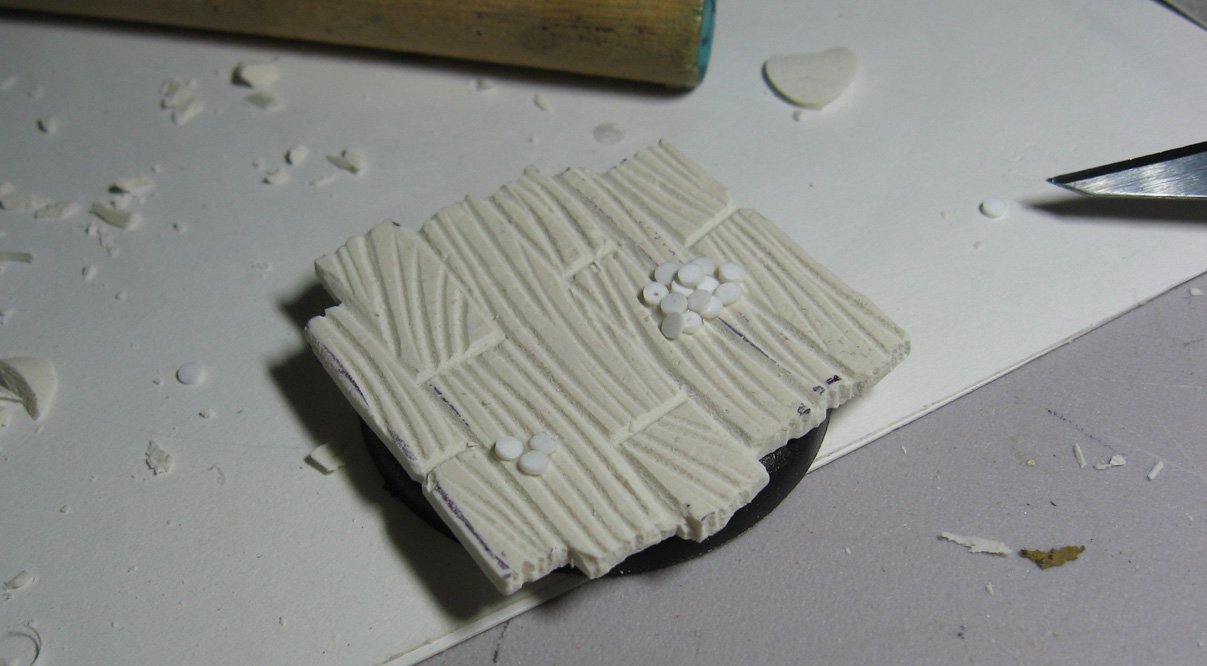 Like this.  However, always keep in mind the footprint of the figure that will be standing on this! 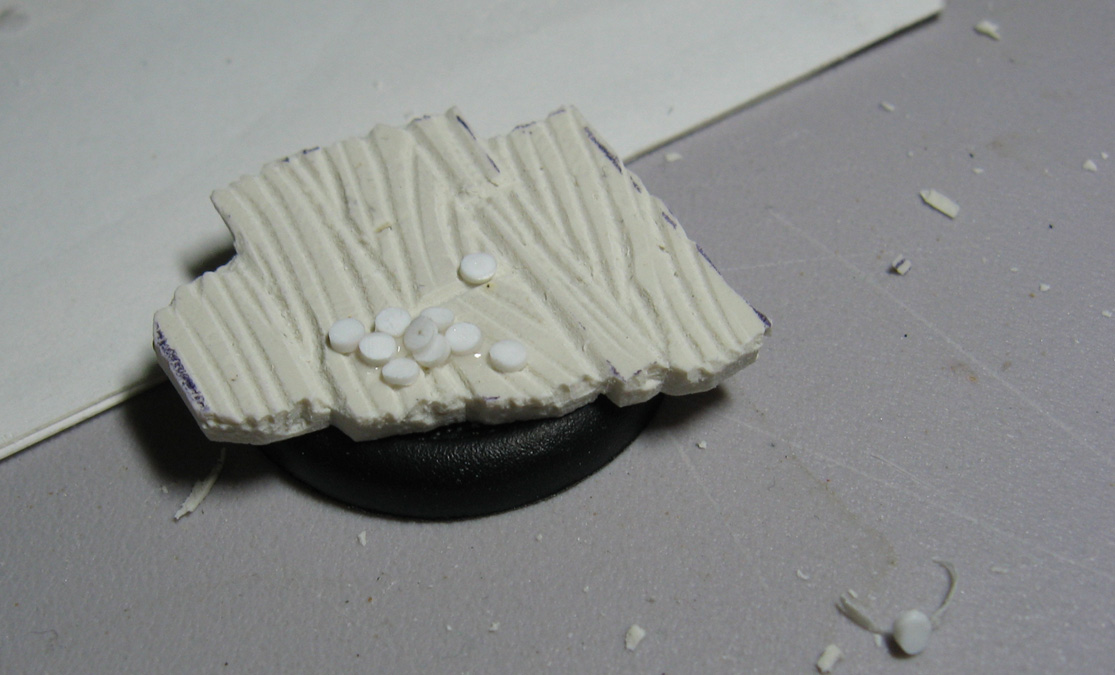 They certainly make a nice touch around the base of the mast! 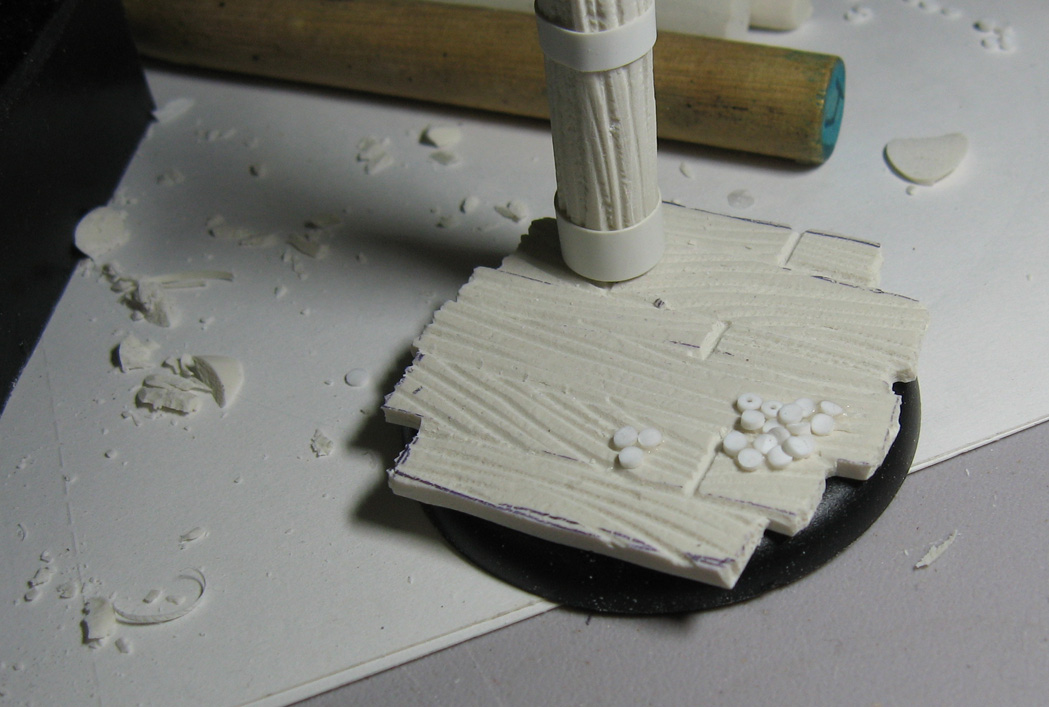 Two more piles of coins strategically placed.  There should be no problem getting a mini on here! 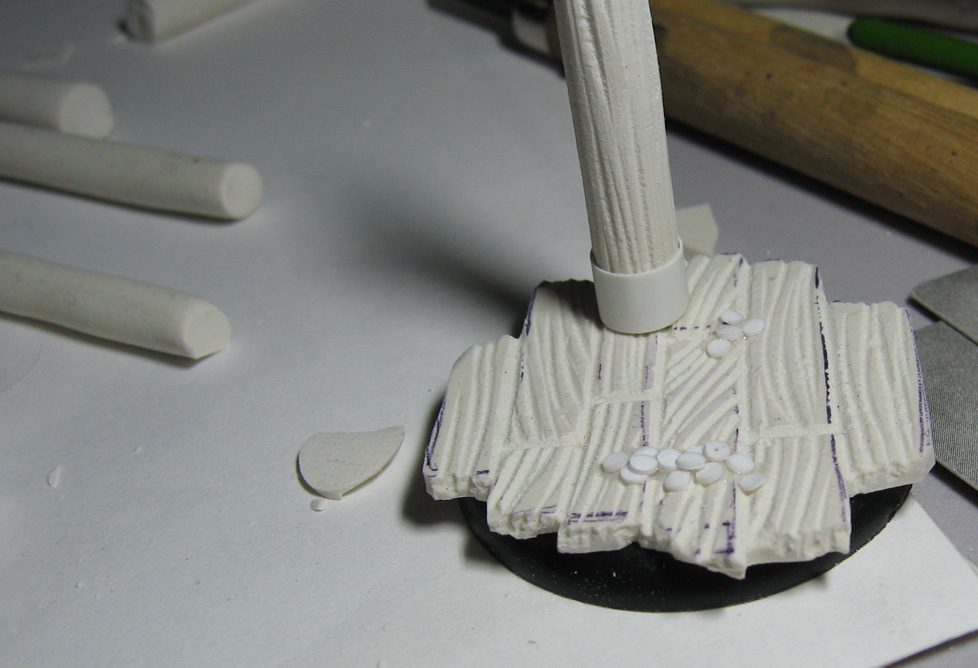 Last but not least, you can see that I used some of the coins as spikes for the metal rings on the masts.  You could use different gauges of tubing for those, and even for some nails on the planks.

Again, these are more for an army style project, so keeping things simple was a major factor.

You can go as crazy as you want!

Now that they are complete, the painting process is well under way.  Stay tuned for some step by step articles on those as well. 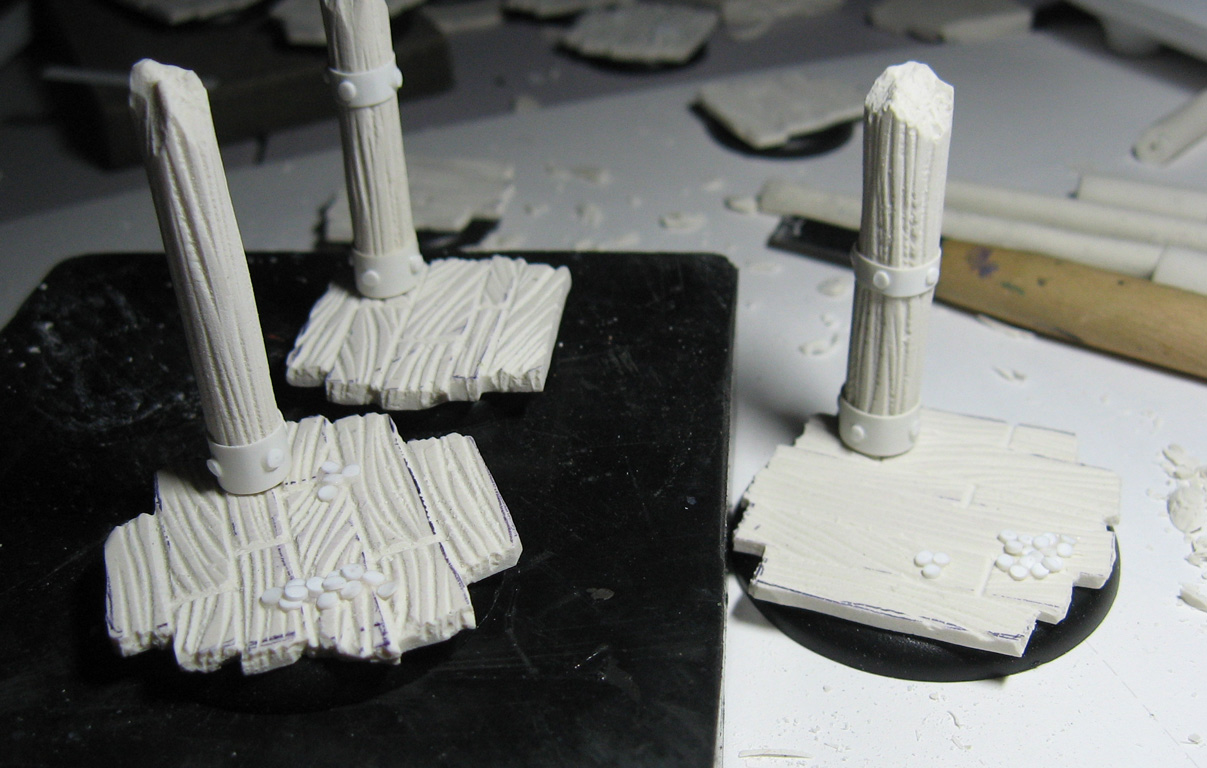 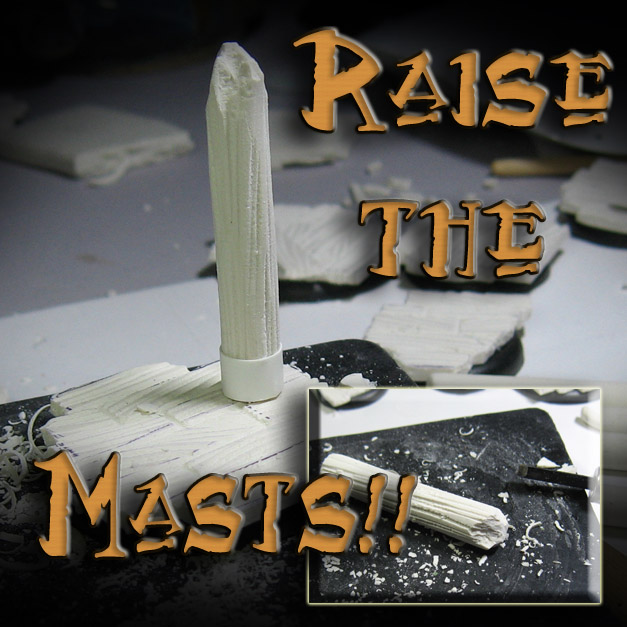 As promised, the next episode in the pirate theme bases, showing the addition of the masts.

The first article showed all of the various sculpey pieces, including these rolled tubes.  I try to have a nice selection of widths, so that I could also have broken yard arms in addition to the thicker masts. 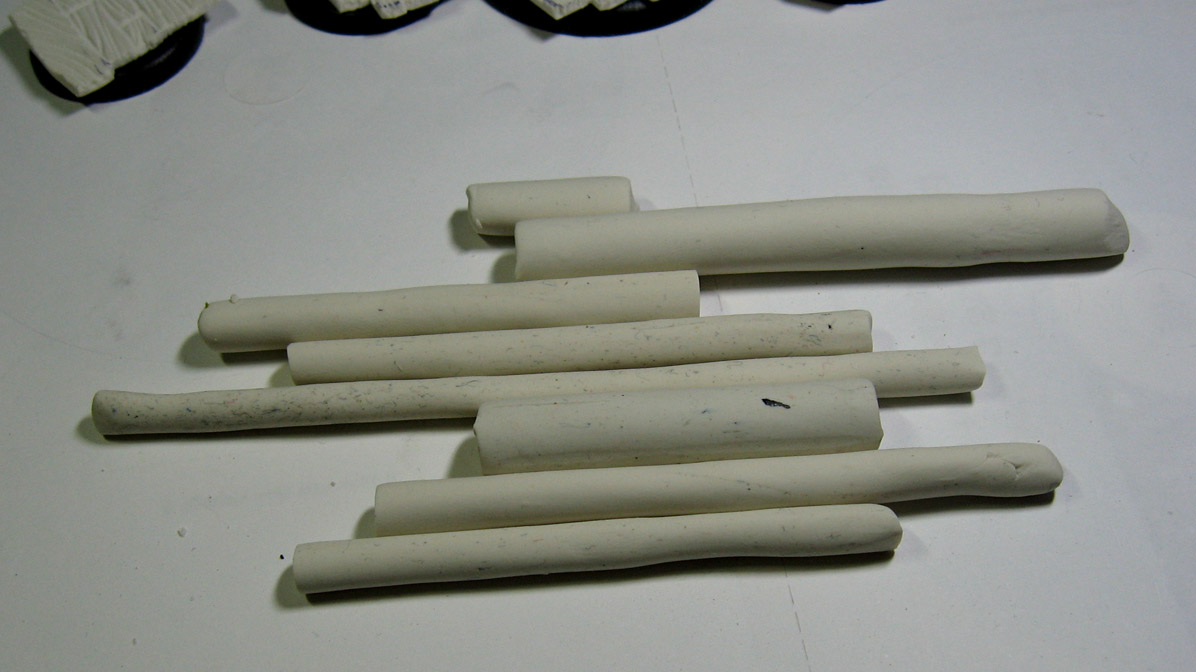 Since these are being made for someone else who will be adding the figures later on, I had to guess at what might be put on a given base.

This is important, as I try to avoid having the broken mast be the same height as the figure.  Shorter or taller than the figure is ideal, because two items of the same height in such a confined space is a poor composition.

You can't always avoid this, but it is not a bad rule of thumb to work with. 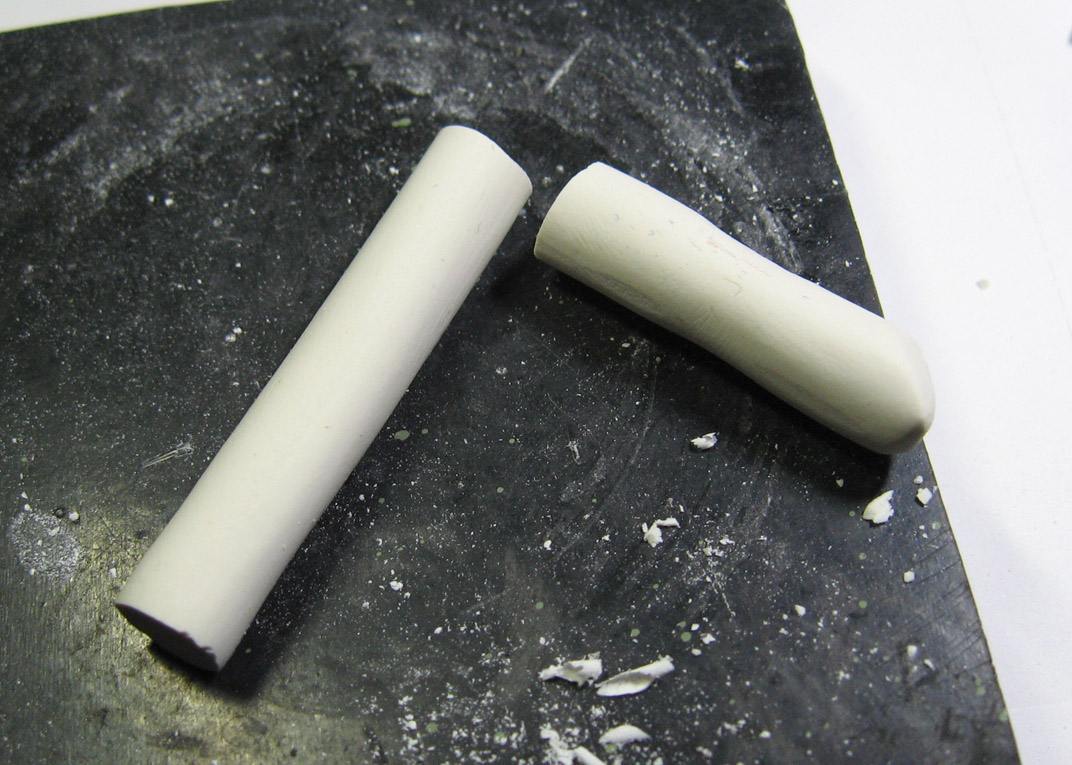 The broken section of the mast is carved away.  I try to let the sculpey break in a natural way, creating its own pattern.  It is best to have one part of the break be deeper than the rest, to show either a weak spot in the wood, or the interior wood grain. 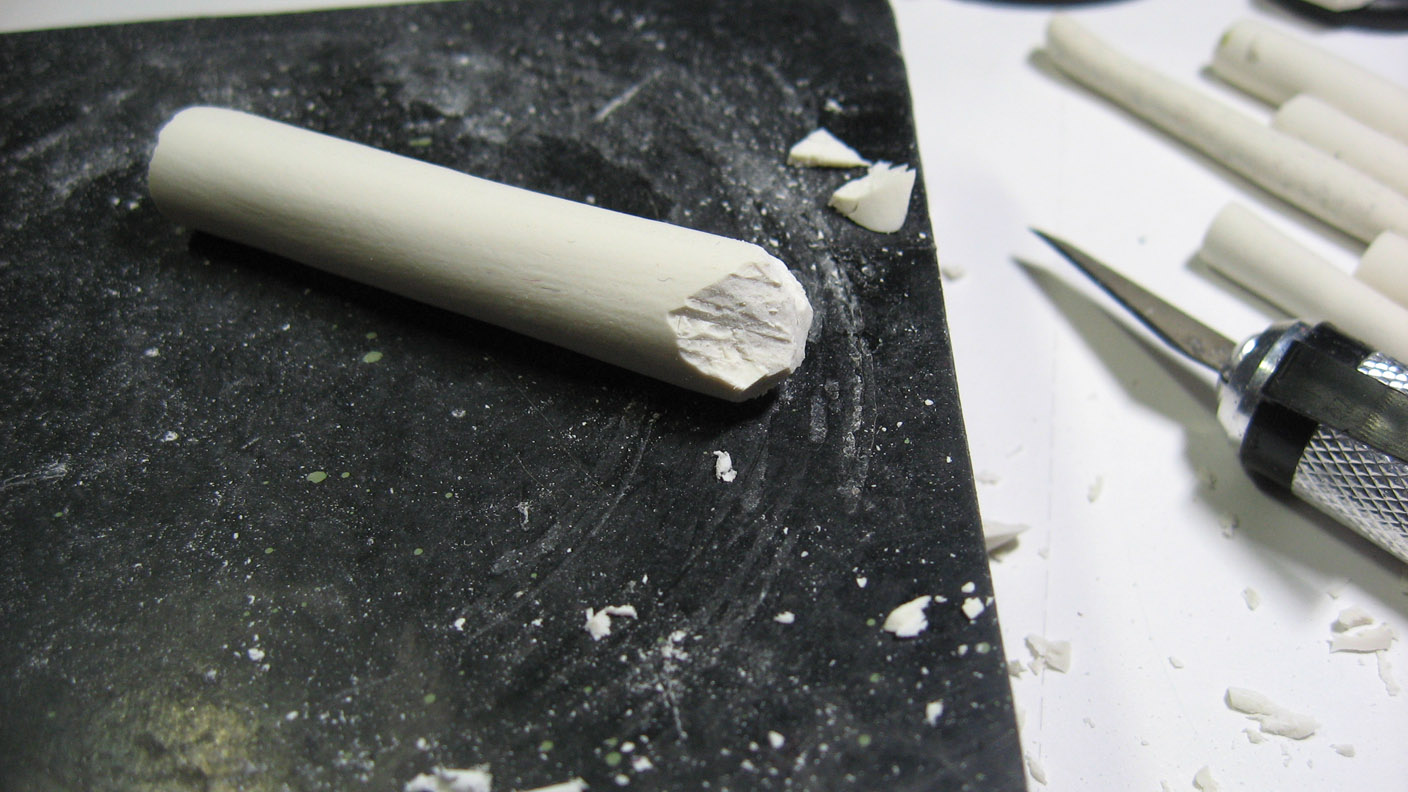 To make things go a little quicker, I began with the wedge tool.  In the past, I have only worked with the scoring tool of a narrower gouging tool, but I felt like I wanted a stronger texture on these masts. 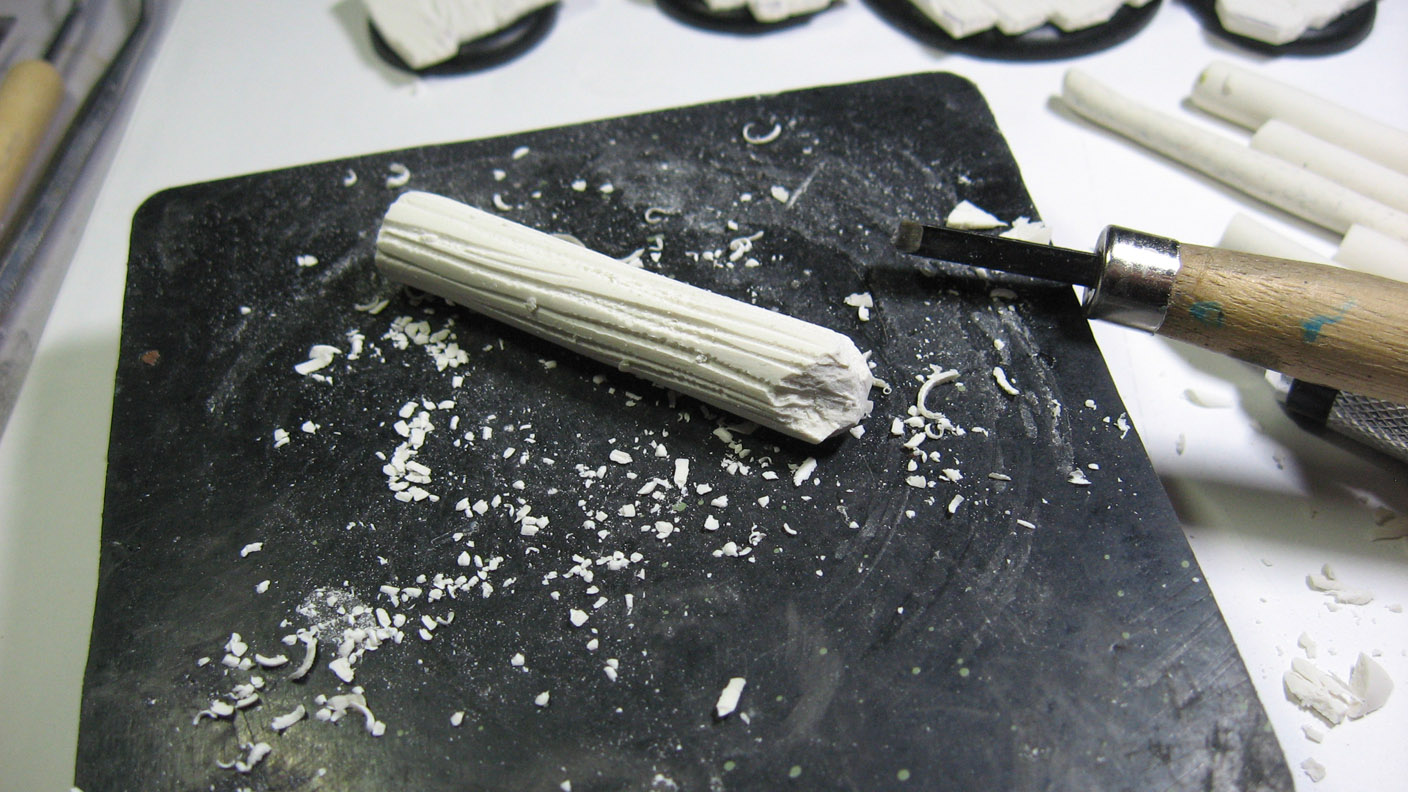 After working my way around the mast with the wedge carver, I took out a flat carving tool, and did some broad shavings around the mast to tone down parts of the texture.  This was much quicker that the scoring tool method... and you can see how much the texture was smoothed out. 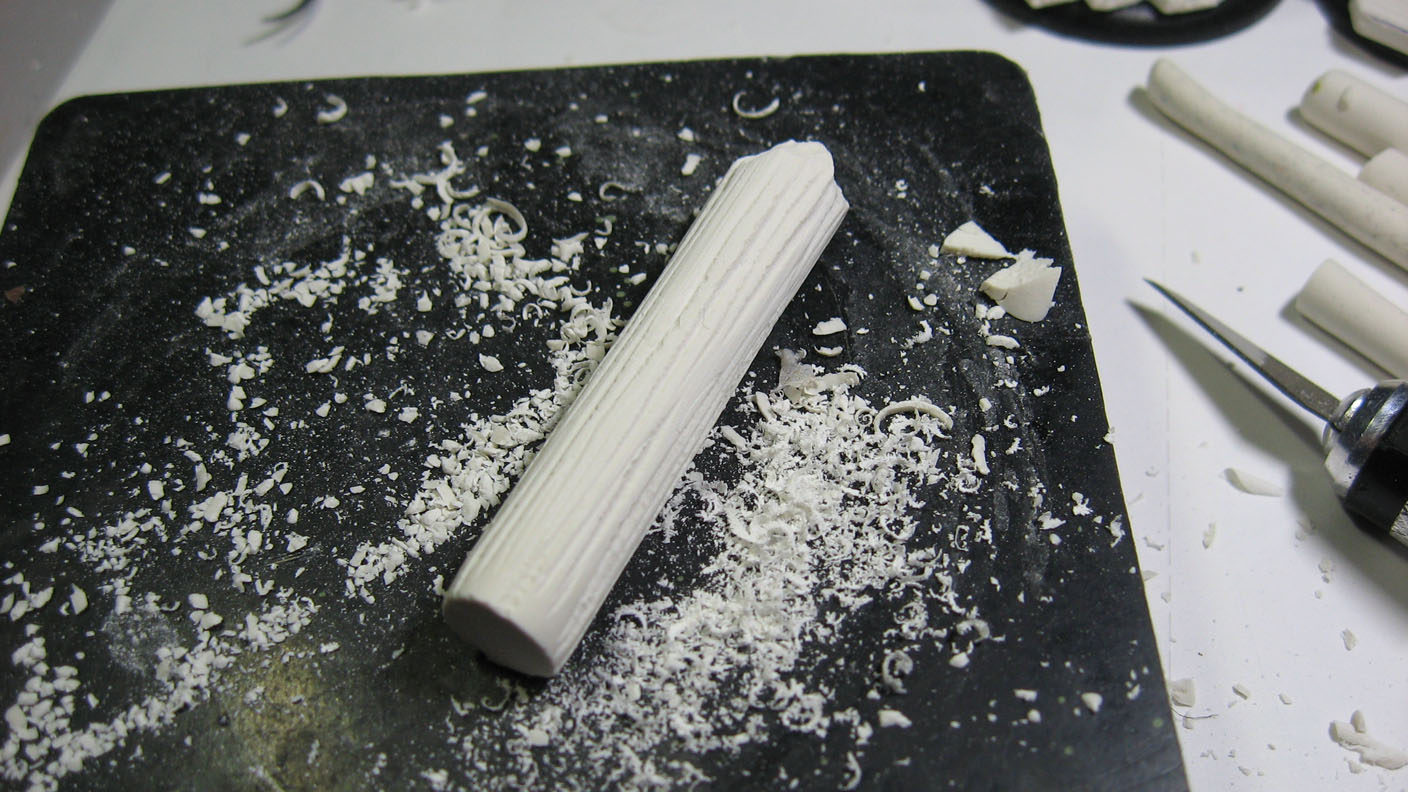 I had some very thin plasticard on hand to create some metal rings on the mast.  You could even use paper, but that sometimes tends to bend and kink rather than wrap smoothly. 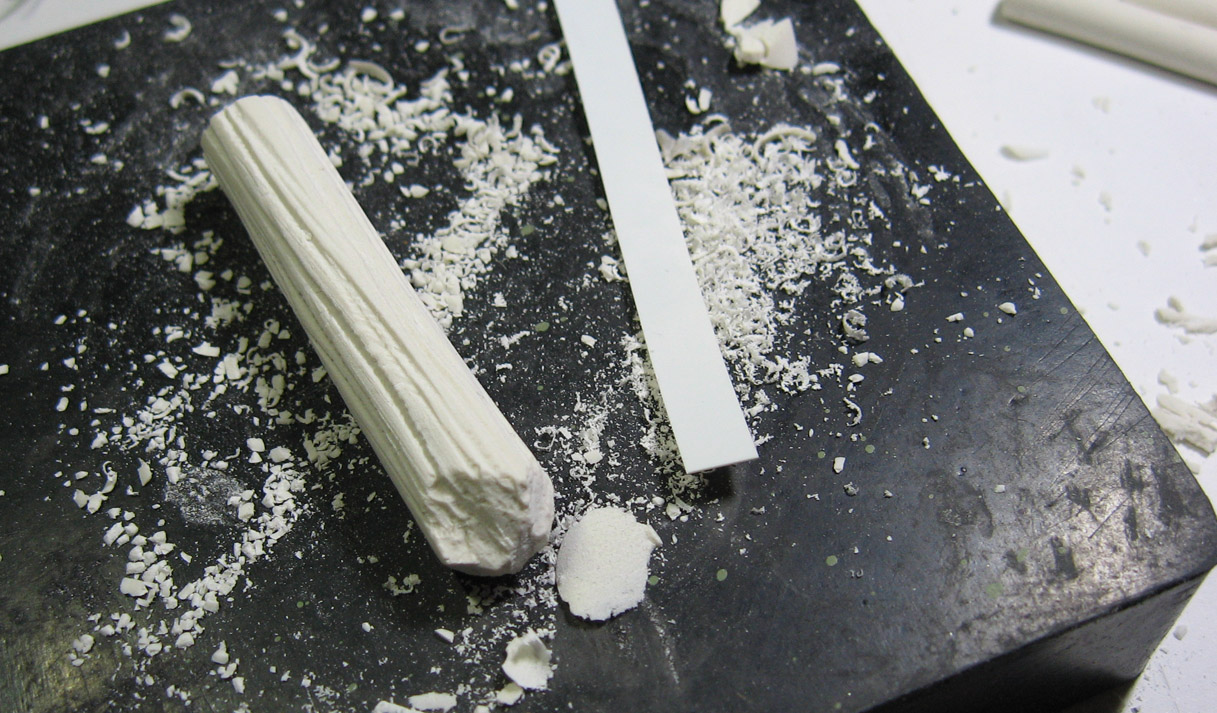 Some super glue was applied to the area, and the strip was wrapped around it. 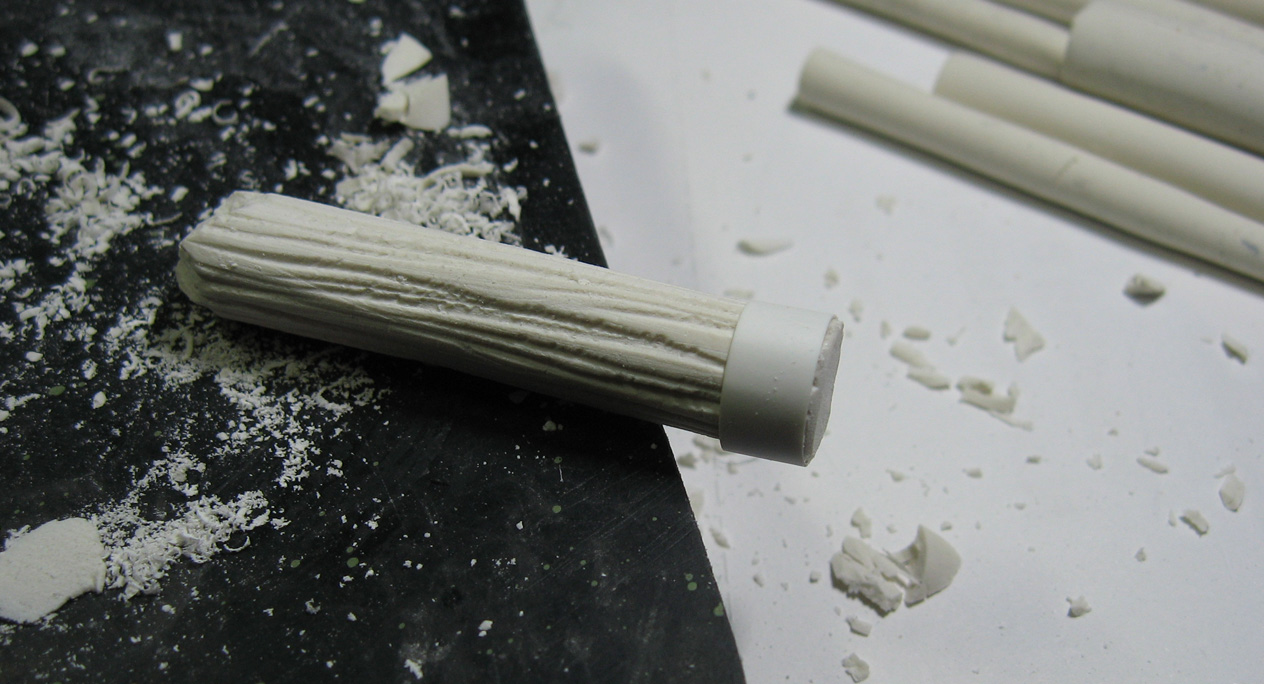 A second, thinner strip was added further up the mast to make it more interesting.  You could hang wooden pegs from this, or even some rope coils if you really wanted to get fancy! 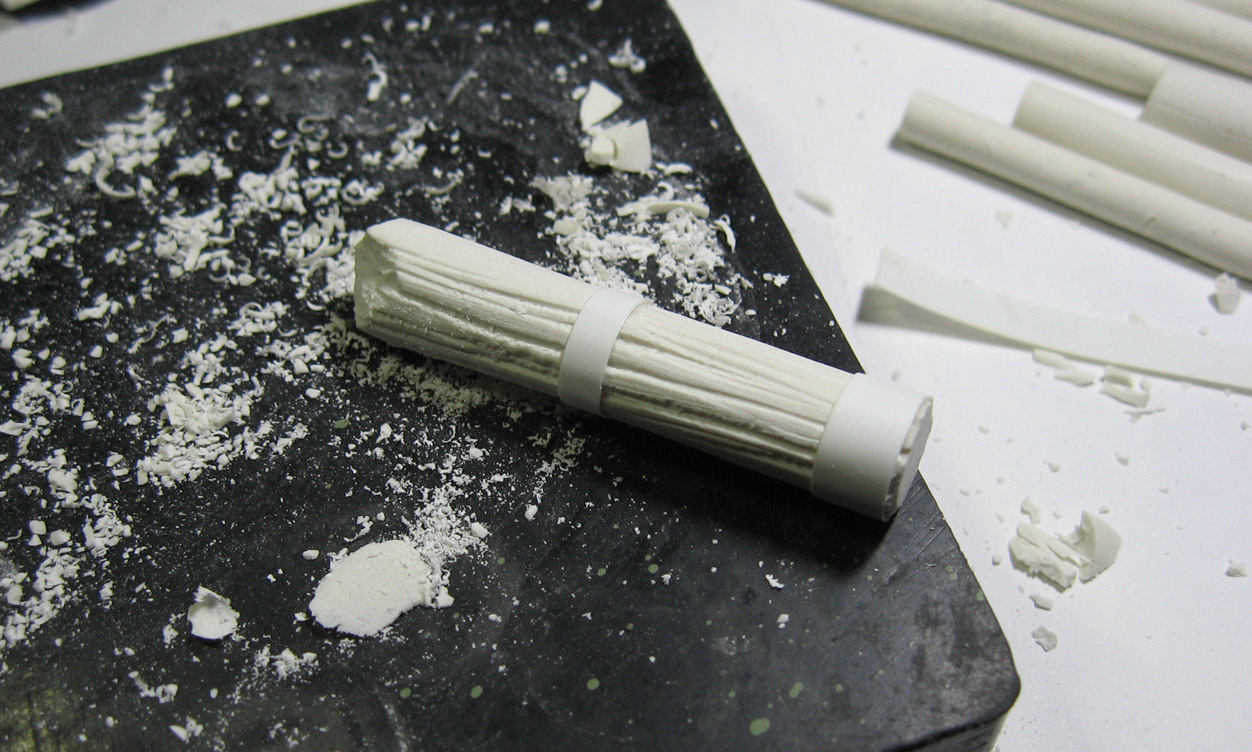 Once the masts are complete, it's time to glue those guys down!

The next episode will cover the quick addition of some gold coins, and some spikes on these metal strips that were added to the masts.  Stay tuned! 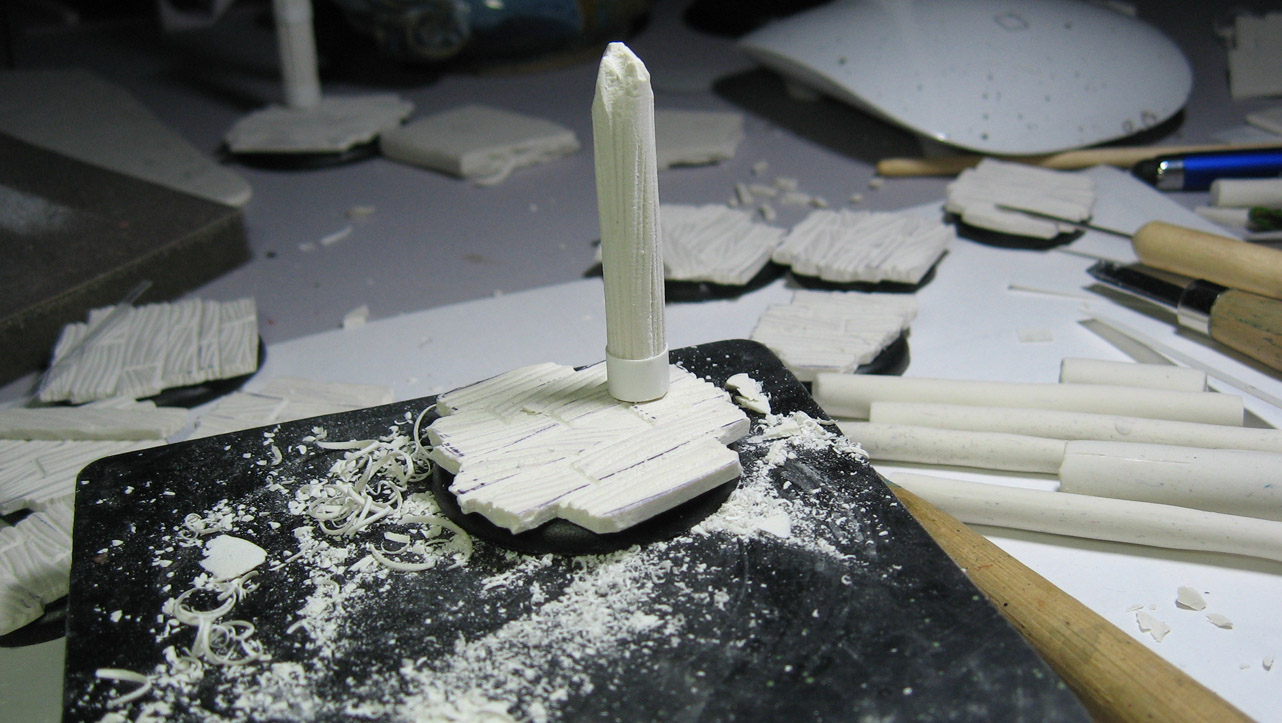 Posted by wappellious at 2:43 AM No comments: