Who says you can't take it with you? 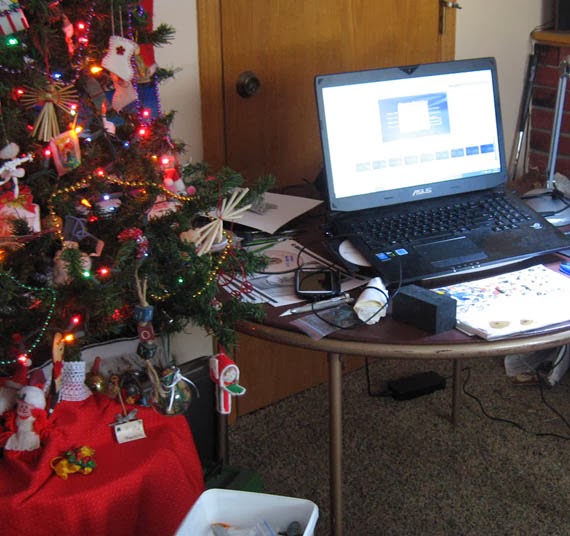 It's just about that time again!  It took a while, but the remote studio was set up once again so that work could continue on several fronts.

Since many questions have been asked about the bases in the last few weeks, I thought I would snap a few images of bases in various states of completion.  Here is one base that is almost done... you can even see the holes drilled into it for the figure. 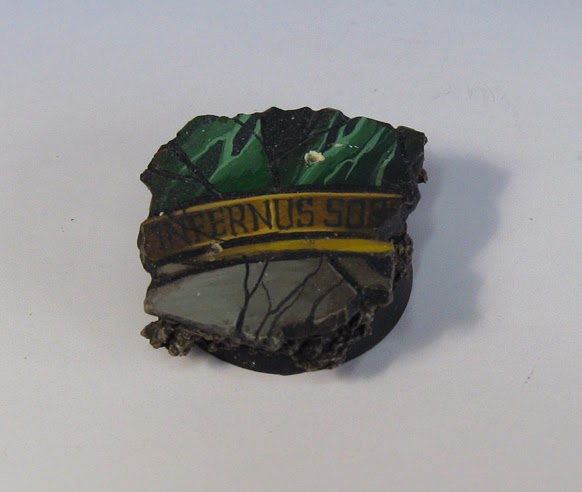 This base is in a very early stage.  You can see that the basic design was drawn out first in pencil.  Normally I would use one of my finer carving tools to create texture around the outer portions of the design.  I didn't do that on this one, since the miniature is going to cover a good portion of that. 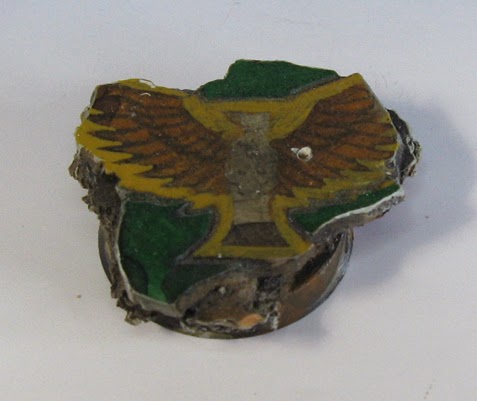 These next few images show 3 bases in 3 different stages.

The one on the right is about 75% complete.  More work will be done in the cross area, including some additional text, etc. 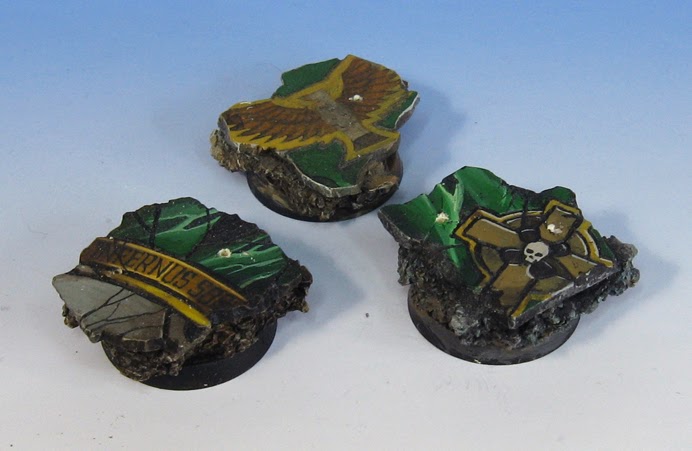 This view shows a few of the figures placed on the bases.  They can be removed, since all that is holding them on are the pins in the feet.  The figure in the middle is also in early stages of painting. 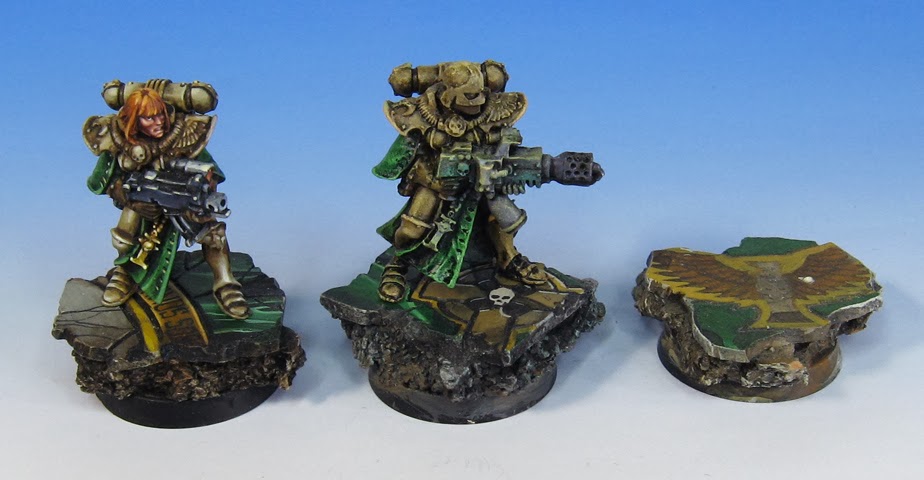 Putting the minis on the bases is almost always the final stage.  It is a very satisfying moment! 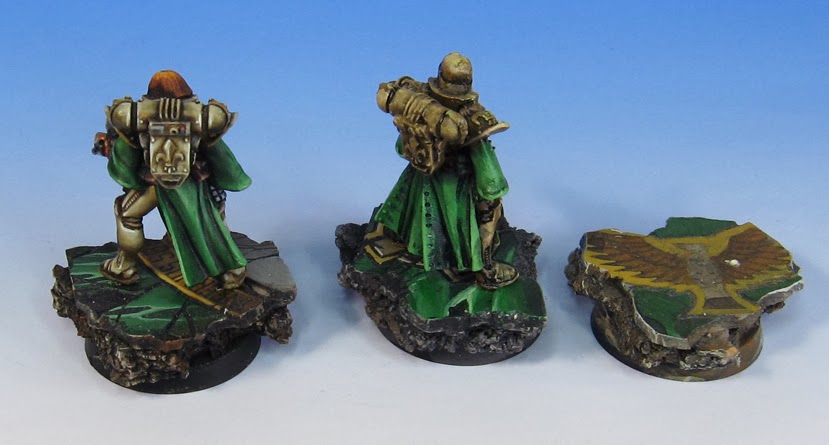 This image has a 4th figure on a taller base.  That cork is bulletin board cork, which is thicker but more fragile.  I typically put leaders and characters on the taller bases... 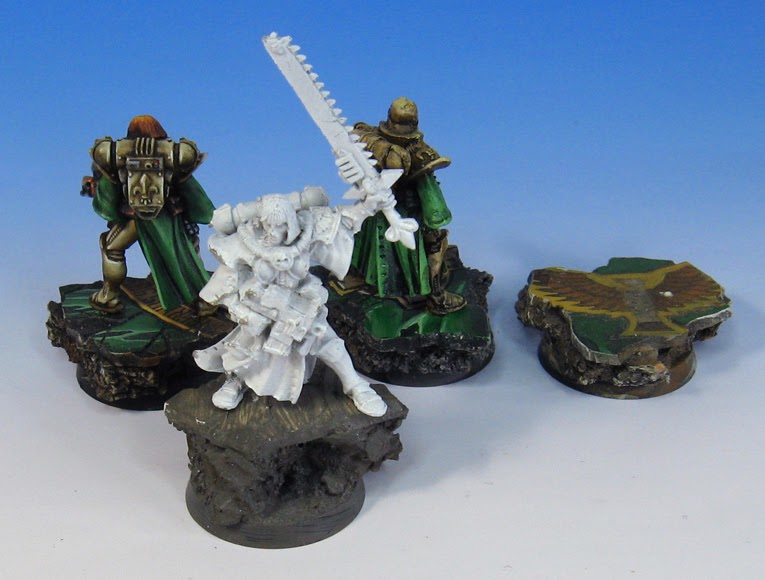 And the road studio at work.  This is the 'small' version.  The full version is about 200 pounds worth of equipment ;-)  As I have learned over the years, that fireplace can get mighty toasty on the bum!  Even though it was -11 outside, that stove was at 600...

It is set up for prepping, painting and a dozen different computer tasks that need to be done on a daily basis.  One more PAL Dvd masetr being burned. 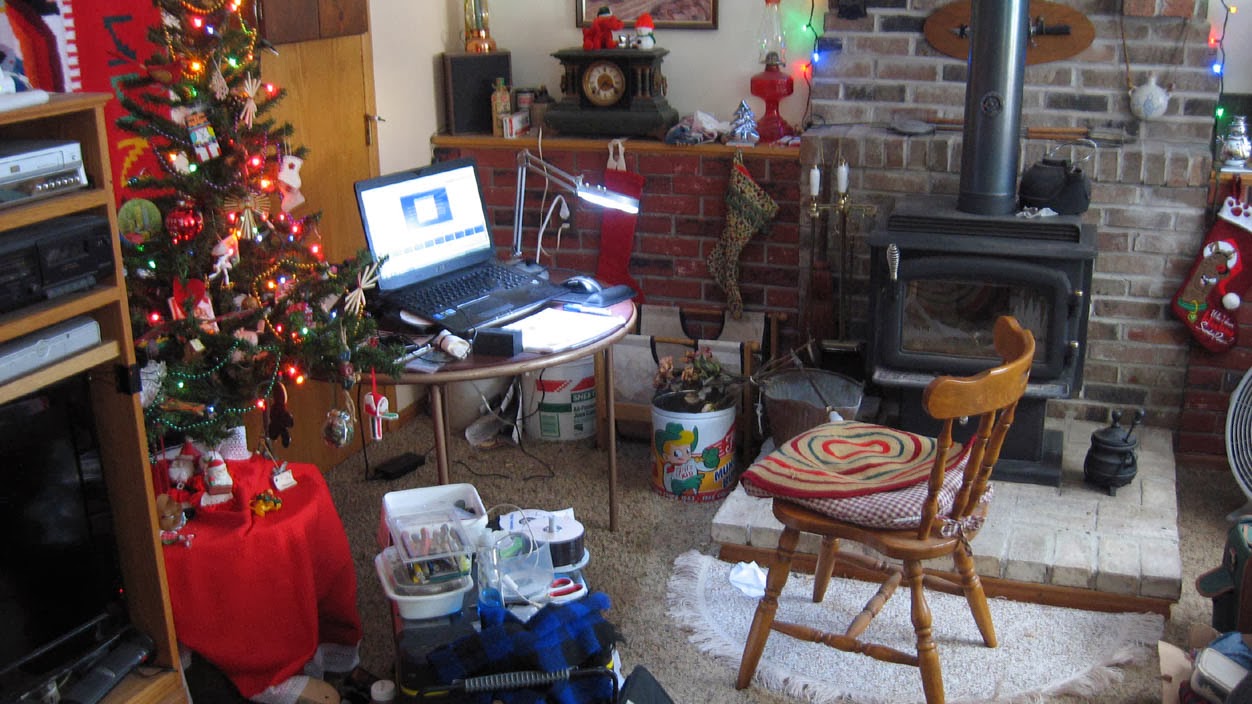 One last image for you! 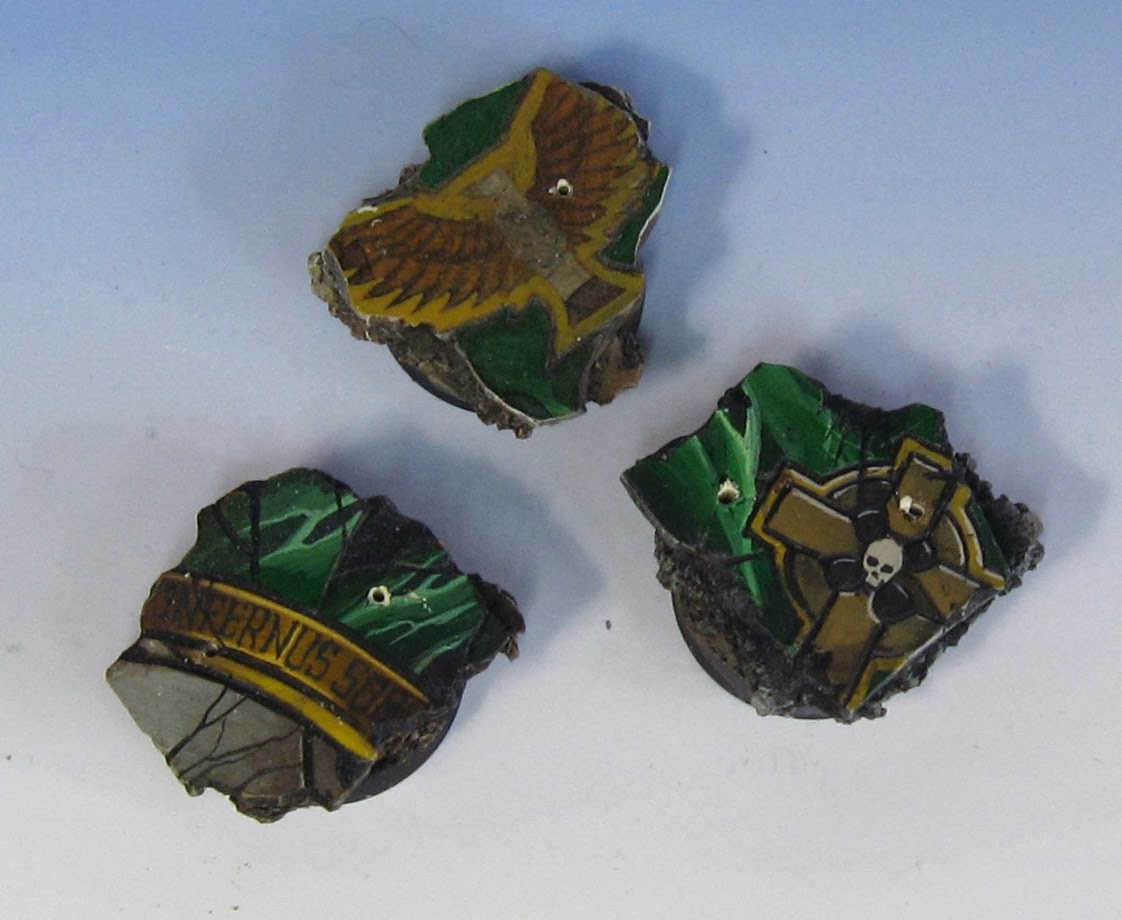 Posted by wappellious at 1:45 PM 2 comments: