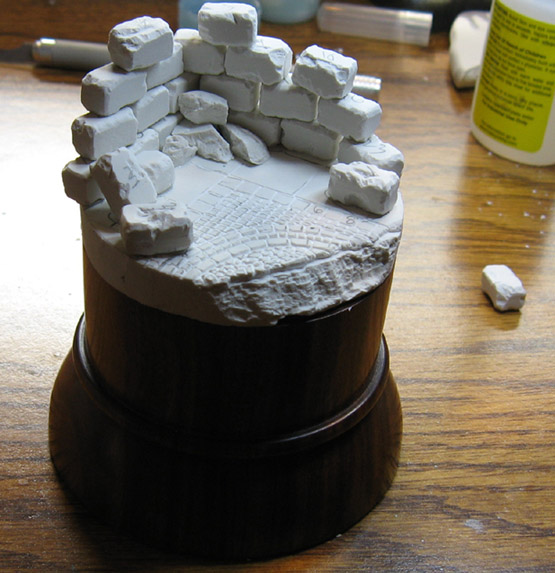 Well, I think you have heard me talk about how, over the years, Cathy and I have bounced all kinds of techniques and ideas off each other.   This really happened a great deal with basing techniques.

It was her idea to bake the sculpey and then carve it, instead of trying to sculpt details into the smushy clay.

You remember that I was baking sculpey a few weeks ago, and that I had tried out something new.  Cathy needed bricks and stones for her project, and I thought that I might be able to make some nice bricks en masse, instead of having to carve them individually from one big block.

I had seen some people make some moulds and casts of bricks, but this seemed to potentially be a much faster prospect.  We thought that you could either pre-weather the stones/bricks, or leave them mostly intact and do some minor cracks and such after they were glued in place. 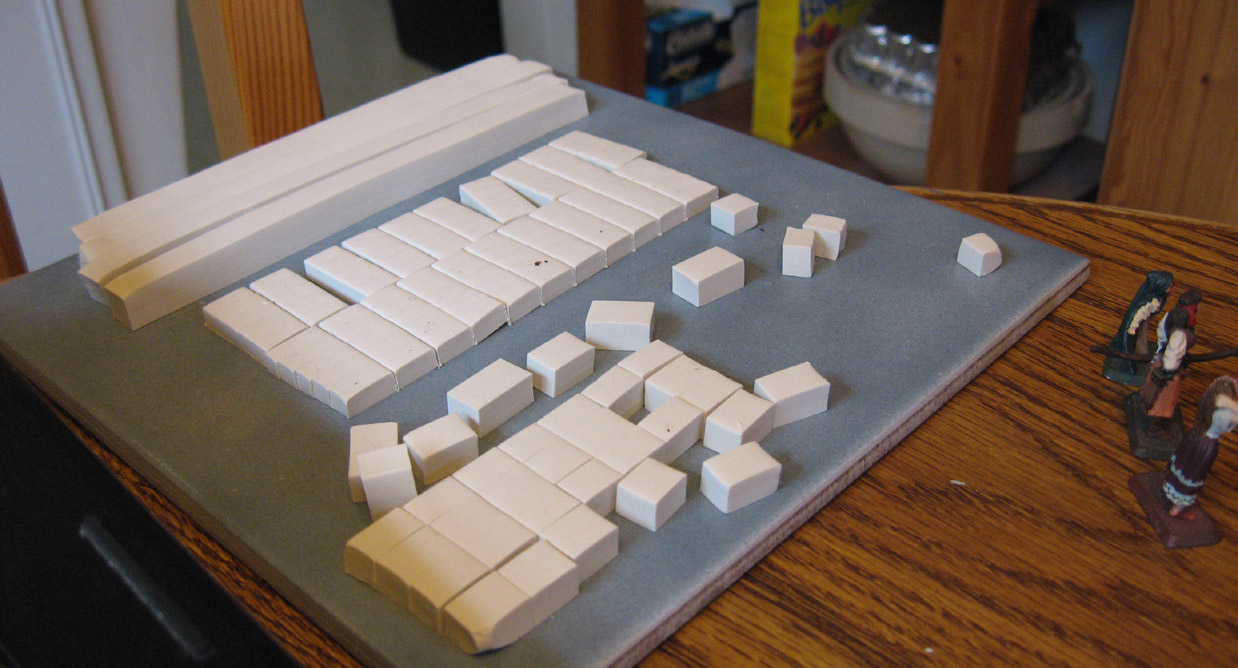 Cathy was the first one to try out the new technique, and these photos tell the tale!

She took some of the larger blocks and positioned them just so... the other nice aspect of making the blocks this new way!  Pre-assembly!! 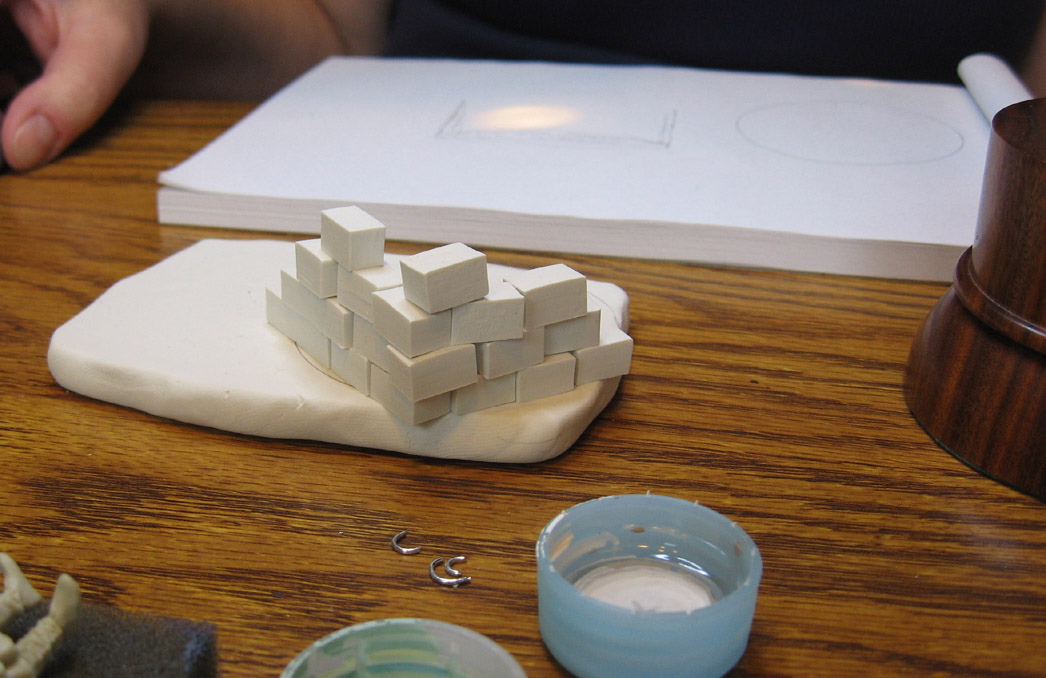 In addition, the blocks were all the same height... another benefit of the way I cut them out of the original roll of sculpey. 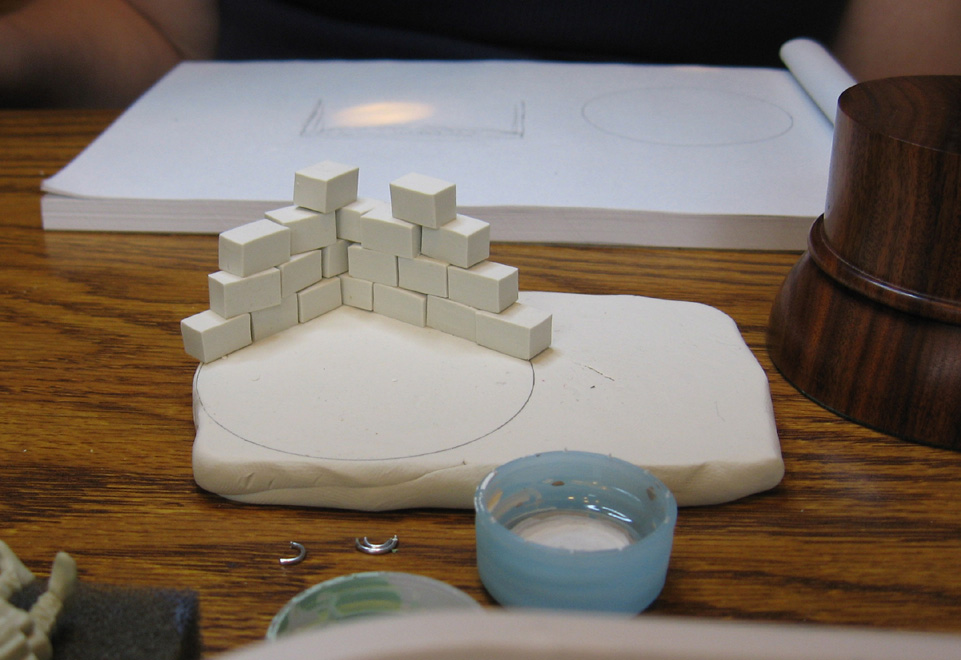 Cathy positioned her miniature in the scene, and then wisely numbered the blocks. 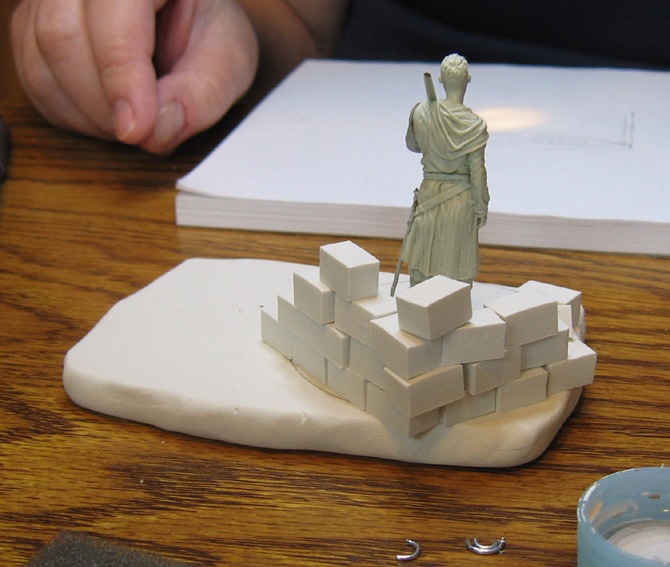 In the background, we have had lots of History Channel DVD's of the Crusades, as well as Kingdom of Heaven as reference. 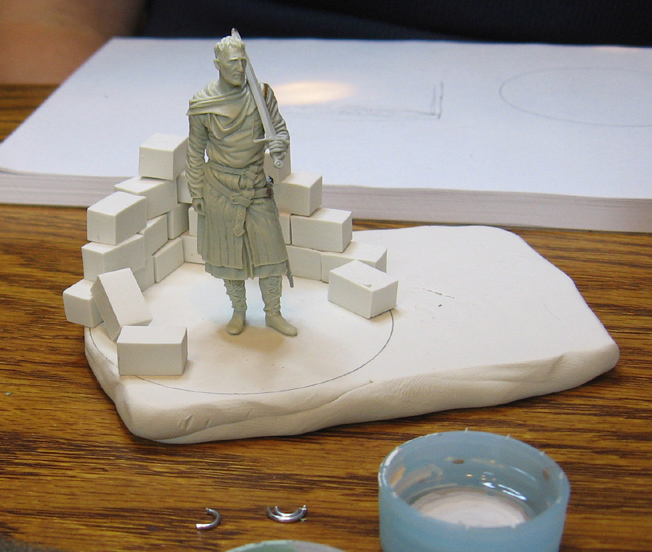 She weathered each block one by one with the standard wood carving tools. 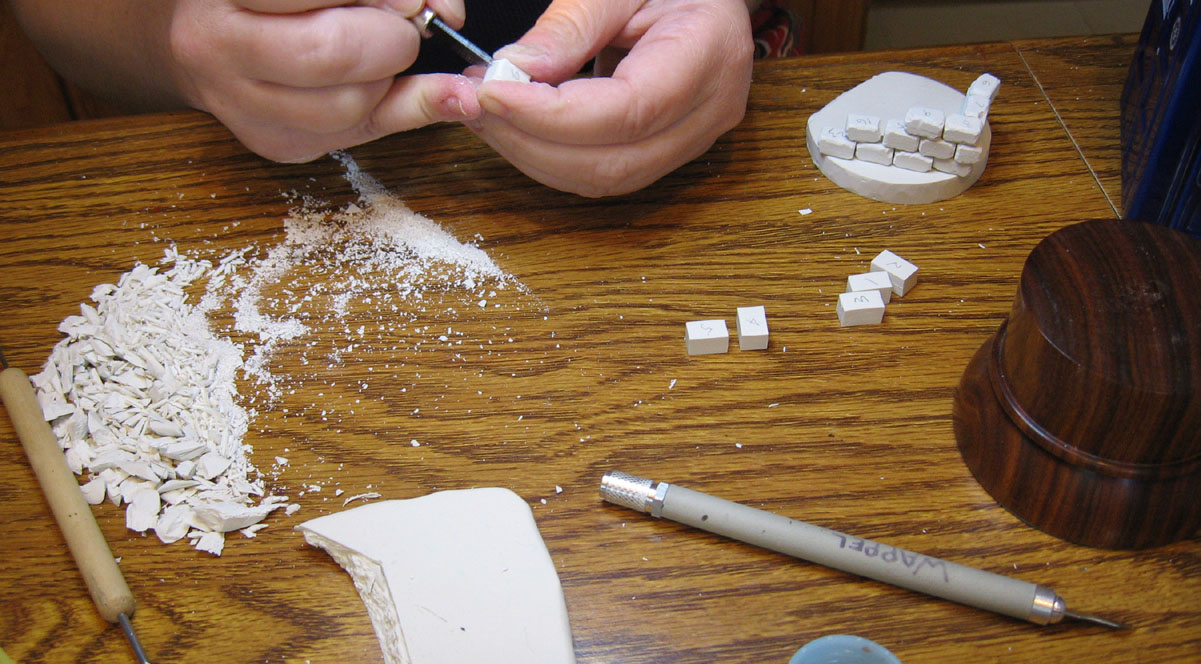 The carved blocks back in place!  She saved some of the larger chunks of sculpey to use as rubble and shattered blocks... 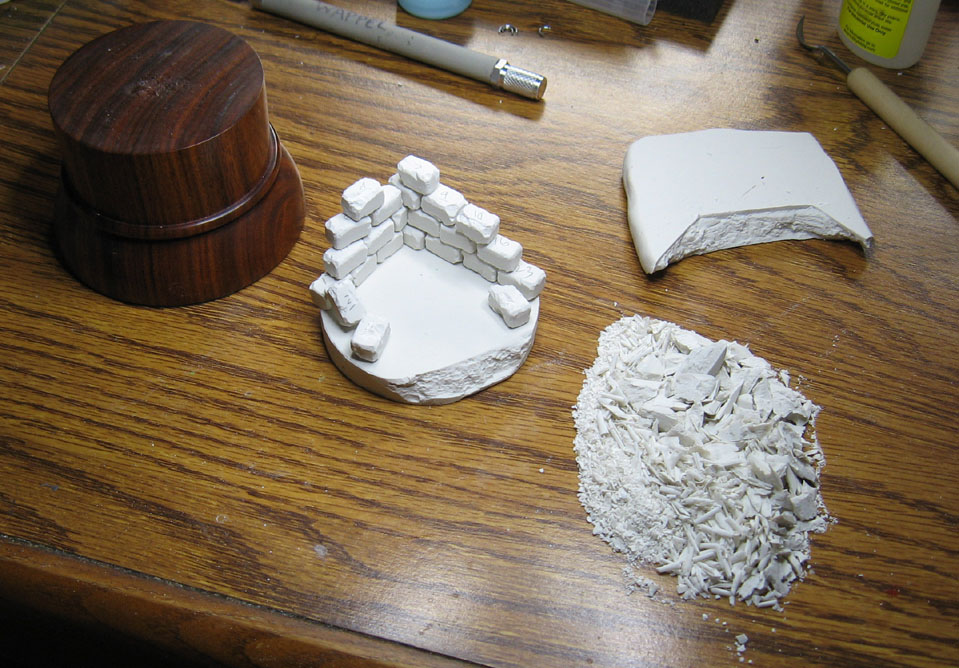 It was amazing how closely she was able to make those blocks look like the broken remains of the walls and towers she saw in the videos! 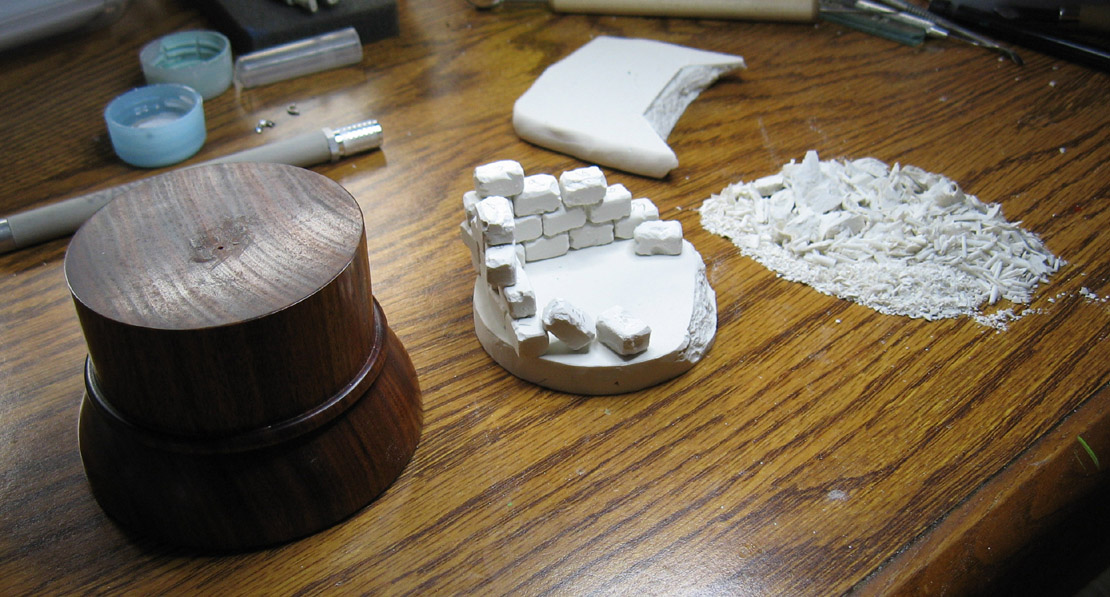 Now it's time to glue them in place!!! 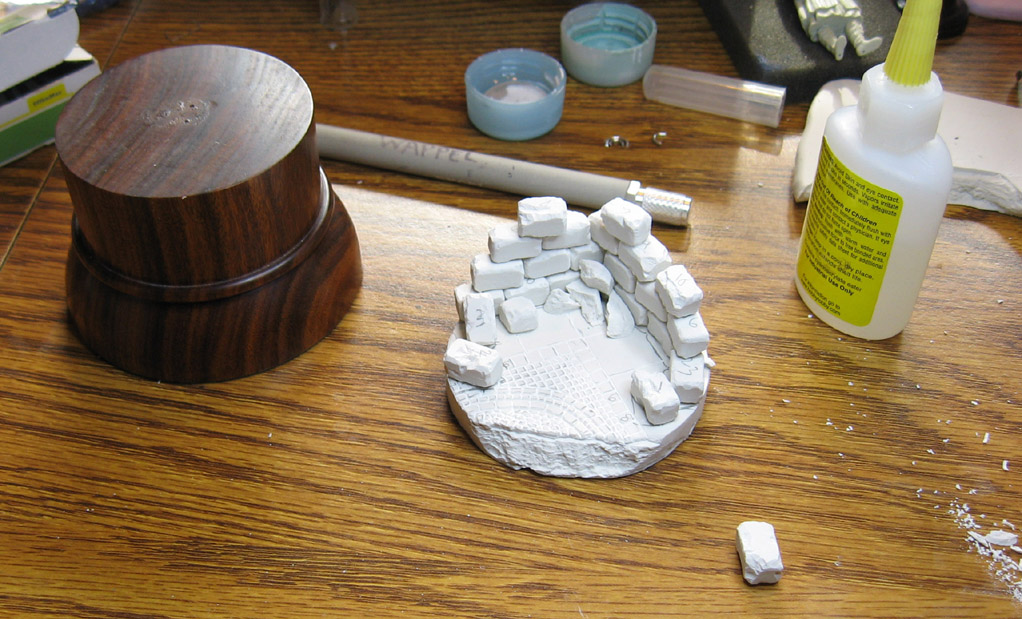 I think you can see the mosaic that Cathy carved on the floor of the diorama base. 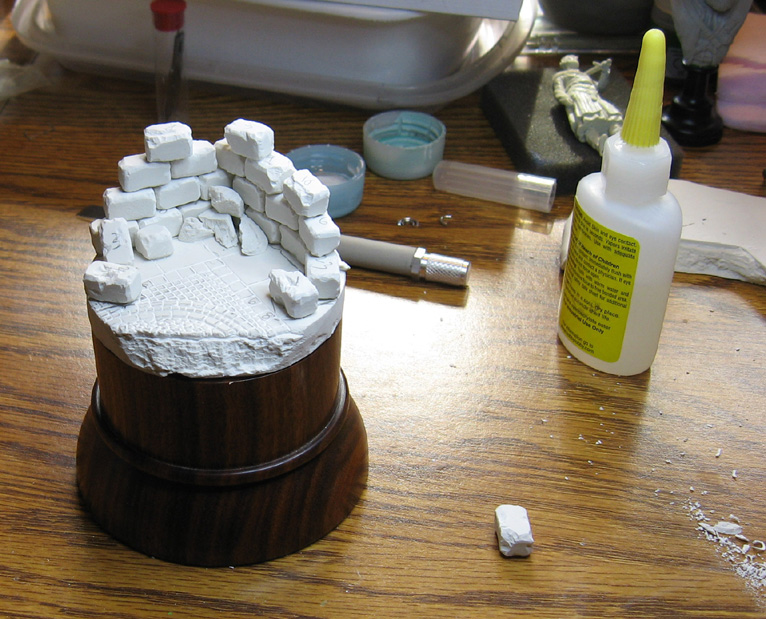 A closer view really shows that off! 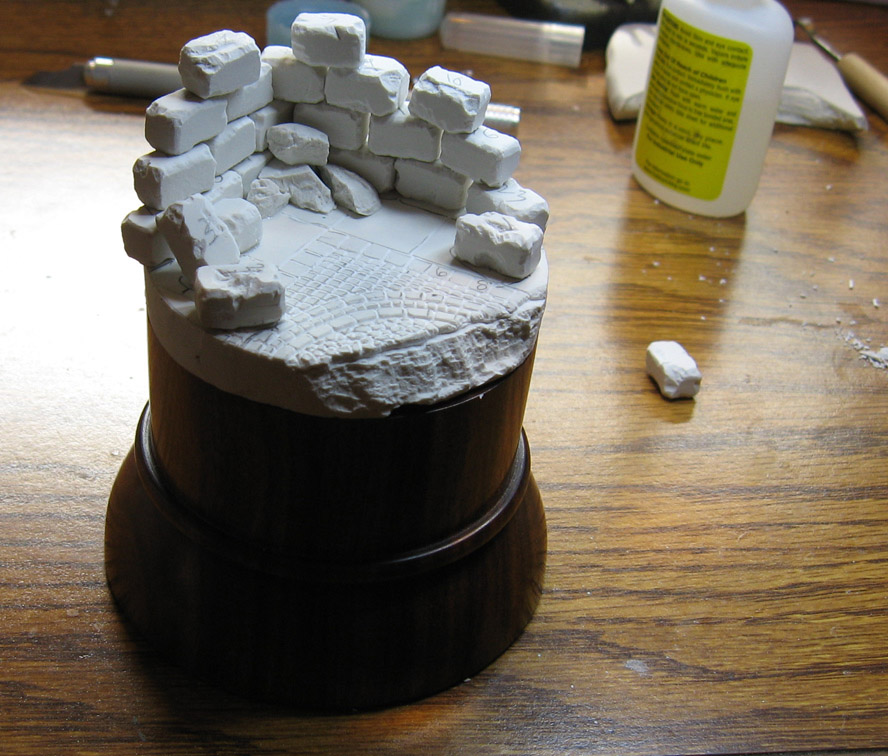 One more view from behind.

So, kudos to Cathy for working some serious magic with those new sculpey blocks.  I will try to work some of this into the appropriate basing videos, although this calls for a video of its own :-)

I hope you don't mind me posting something that Cathy actually sculpted, but it was a team effort in the end! 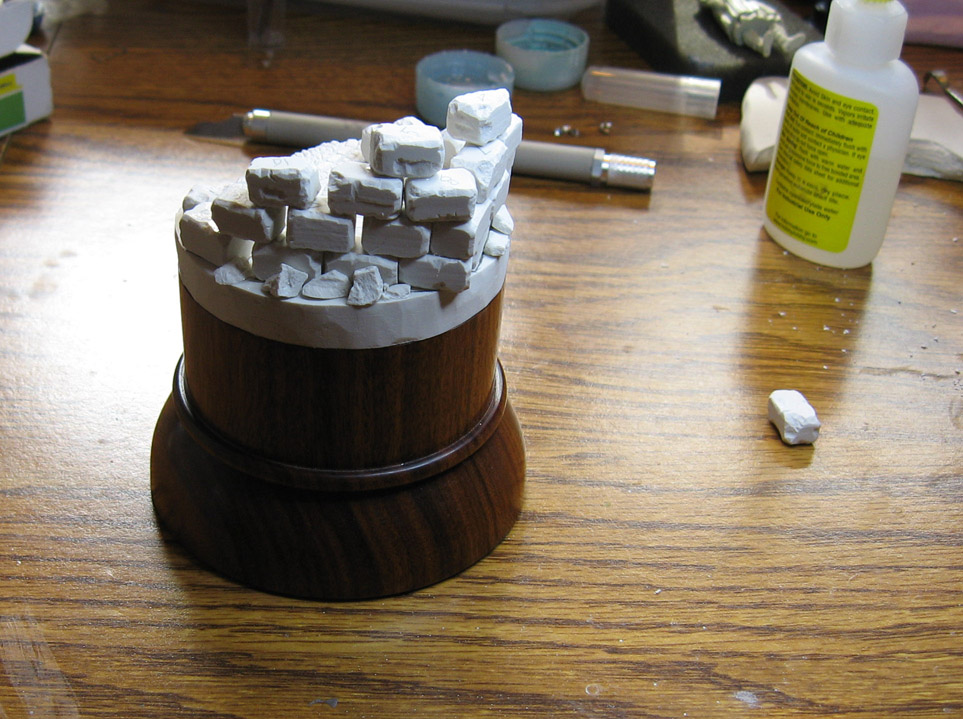 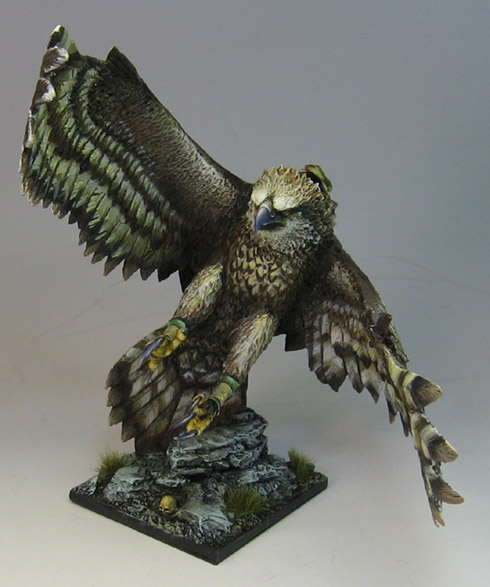 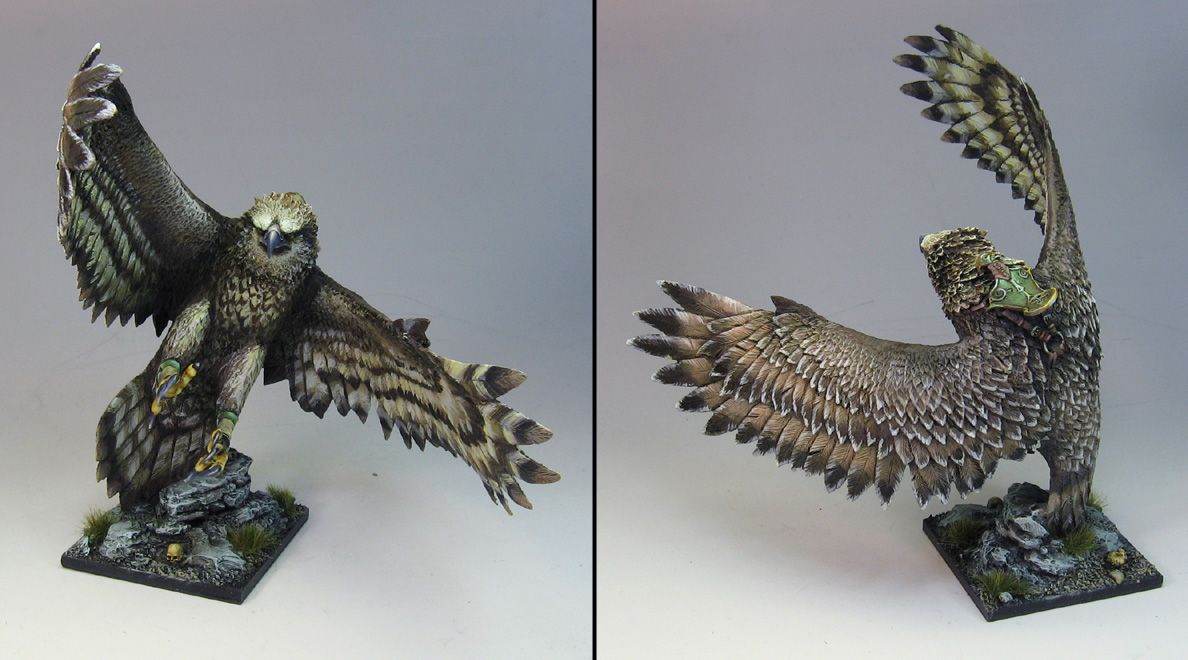 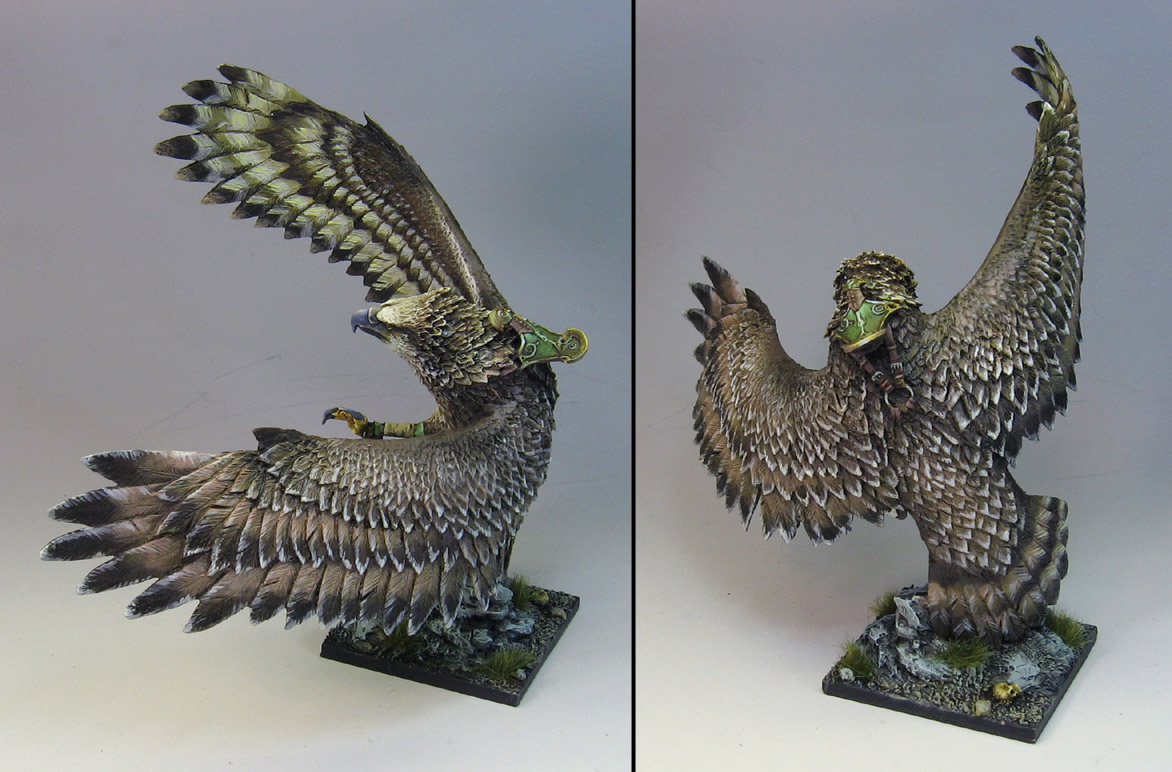 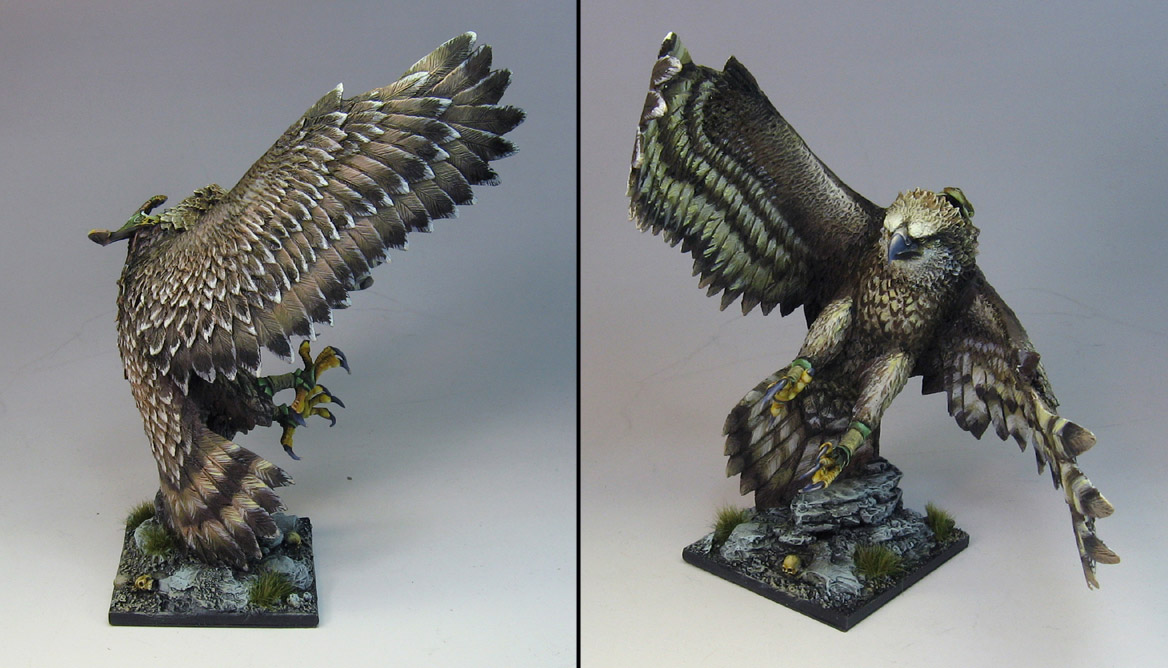 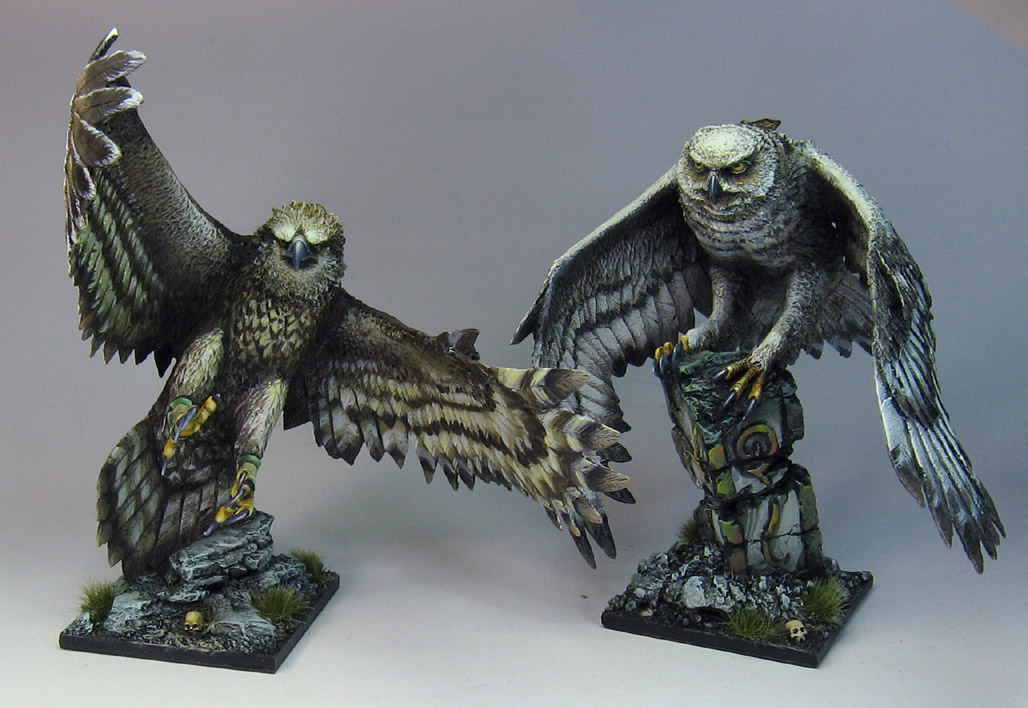 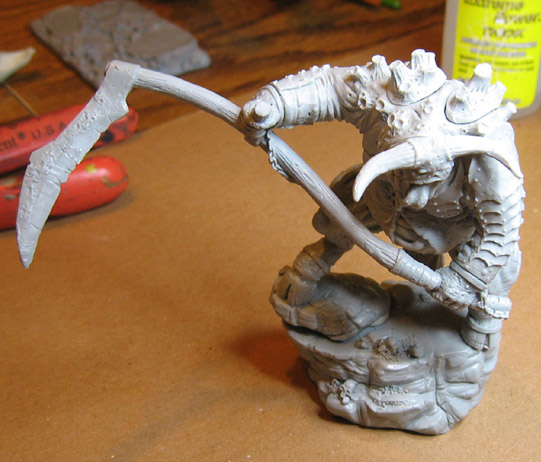 It seems as if this week is all about the big guys!  Big birds, giants, and lots of Nurgly demon princes.

Along with all the other big resin kits, I prepared this Plague Demon from Ultraforge.  Here are the parts... 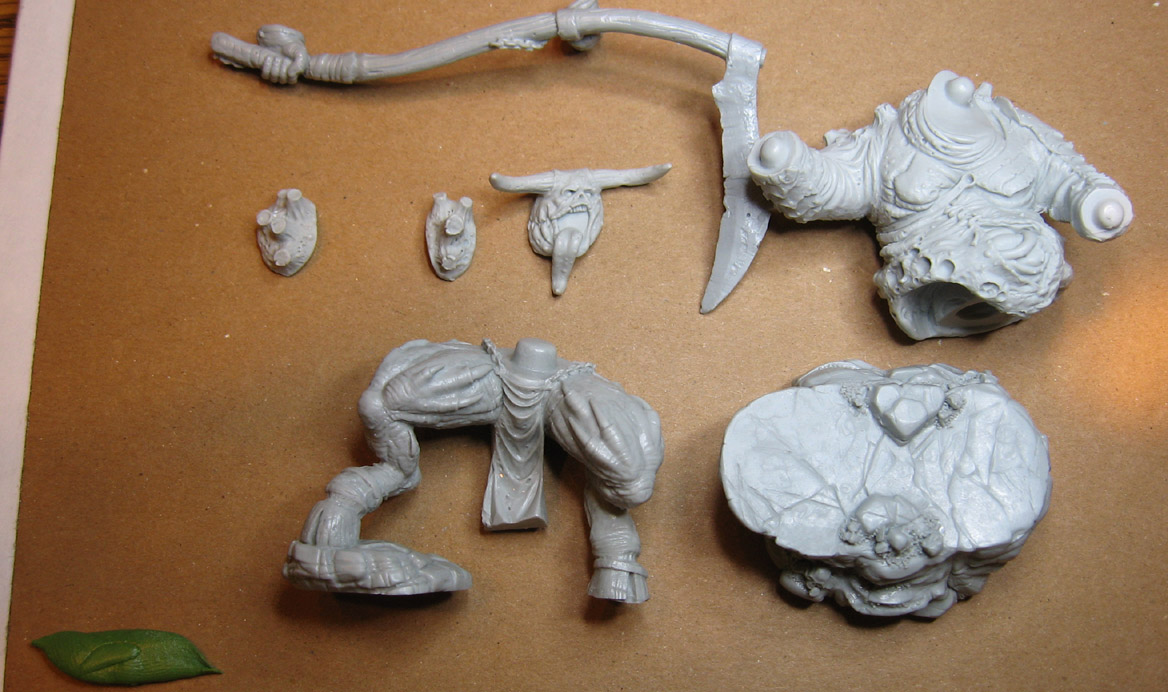 It was pretty straightforward to assemble, just like every Ultraforge kit has been.  I did need to do a bit of green stuff work on a few sections, especially where the torso met the legs. 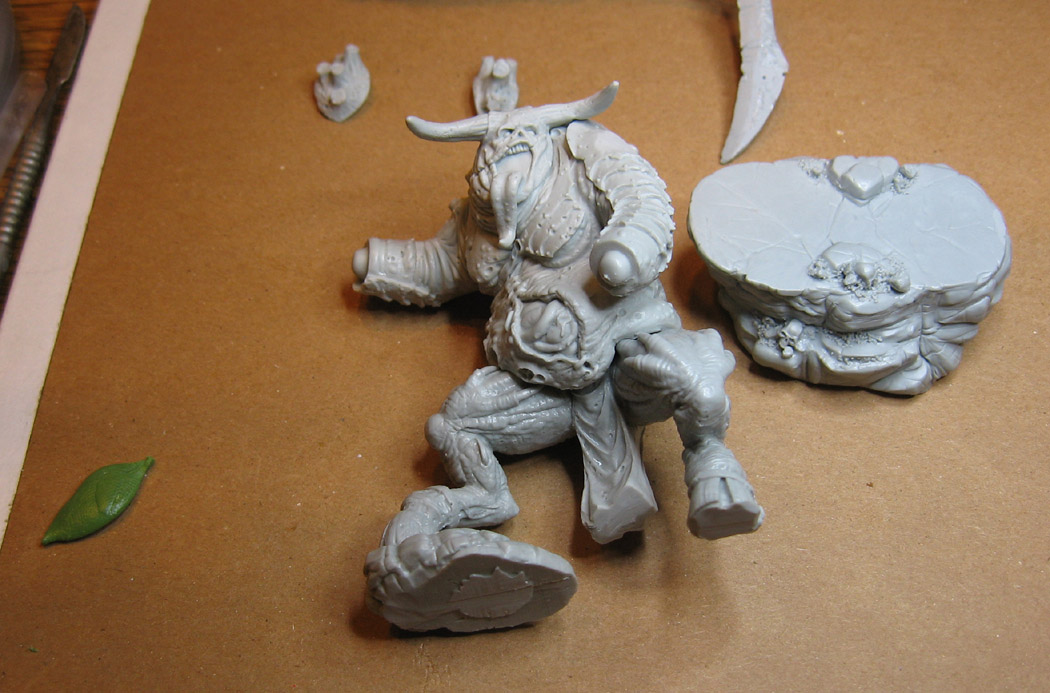 You have the option of putting wings on him, or placing these over those wing joints. 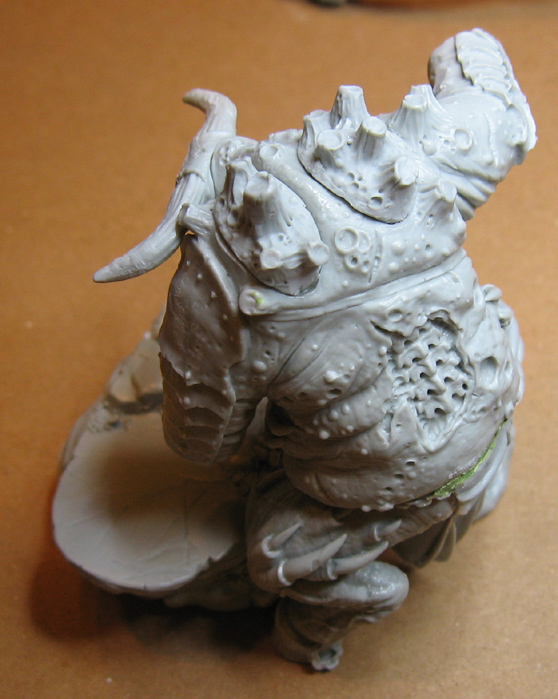 This shows you the joints prior to assembly.  I have done a lot of demons with wings, so I felt it was time to go wingless for a while. :-) 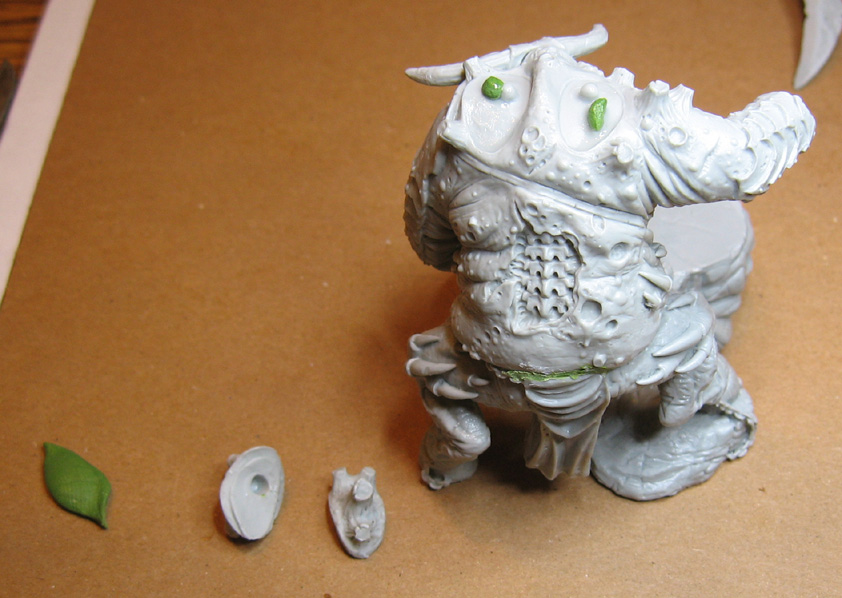 The arms and weapon fit together very nicely, which was a relief.  I have had trouble with that kind of joint with other miniature companies.  It seems like they never line up, and I end up having to cut the handle of whatever the weapon is to make it work.

Not necessary this time! 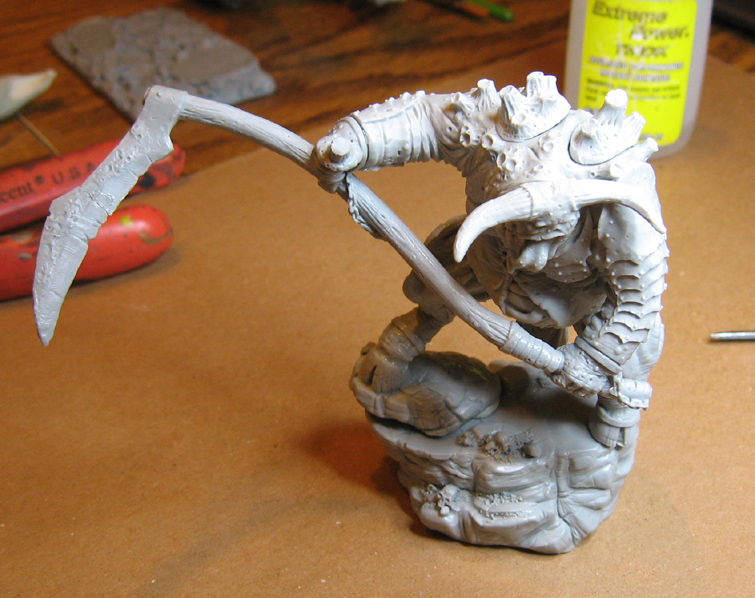 I added a few pustules around the waist joint to keep the textures a bit more consistent. 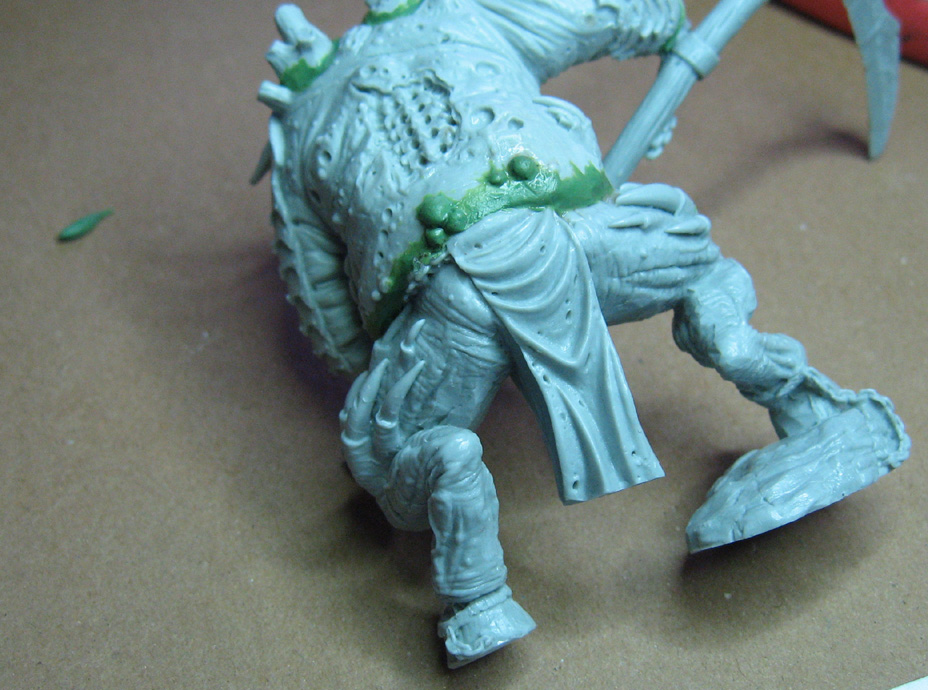 With the alternate pieces on the wing joints green stuffed, it was all ready for priming!!! 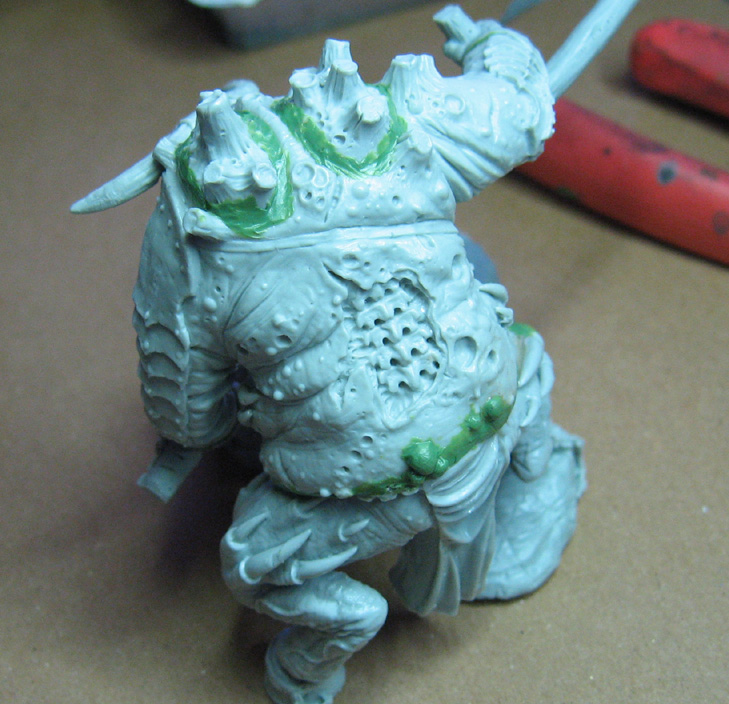 Raging Heroes kickstarter has unleashed a few new items.  I will love painting these!!!!! 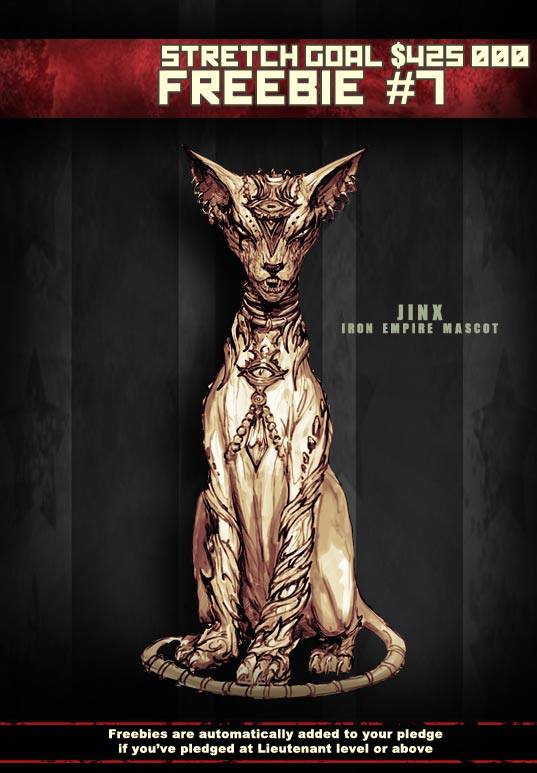 The 'outdoor' faction of my hive city Imperial Guard will love this Lord Commissar... 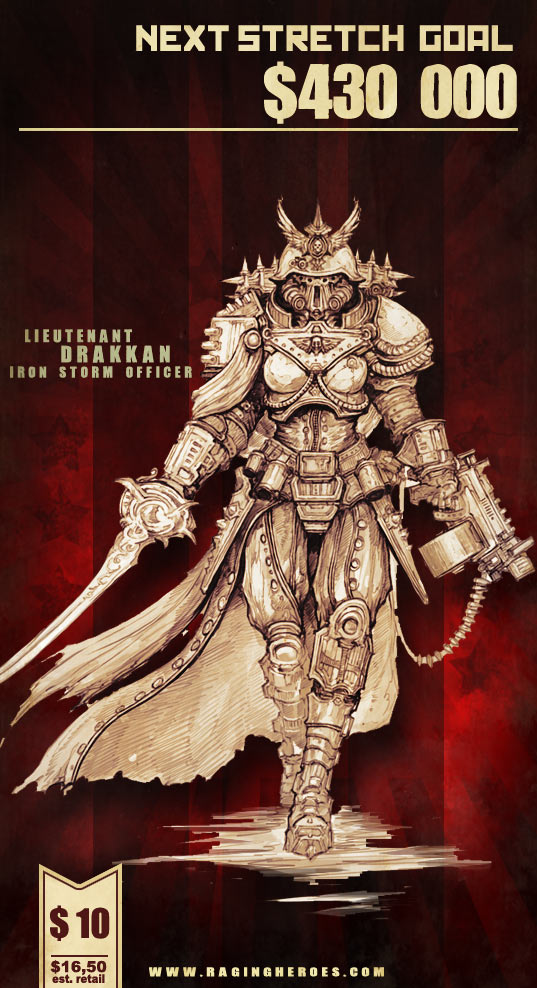 Posted by wappellious at 12:36 AM No comments: