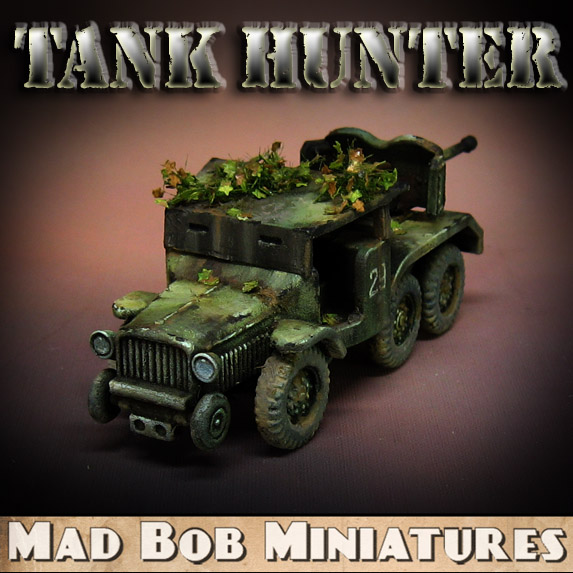 Hopefully most of you have already seen the article on the use of Mig AMMO products which featured my deadly tank hunter!  Now it's time to see the completed Laffly W15CTT in all its glory.

It's proven to be just as potent as I thought it would be, and just as flexible (as in MOBILE!)

I have a number of vehicles from Mad Bob's Miniatures, and I am very happy those are part of my armies.  They fill in many of the gaps in my early war forces.

French and Hungarians are covered very well, as you can see on the website:

Ever since I first learned of the Laffly series of trucks by playing my Flames of War French, and have wanted to see what they would look like in 28mm, and how they would play in a game of Bolt Action.  They are my favorites... as the mobility is incredible.  Our terrain typically has roads, and the 48 inch run on a road has gotten the French forces around the board faster than a Formula One Grand Prix!

Most of the terrain will be rolling hills, rivers and forest, so I attempted to match that with the weathering and color choices.

Given the nature of the rear mounted anti tank gun, I appreciate that second pivot that wheeled vehicles are allowed.  Once I got this vehicle from Mad Bob's, it became my go to choice in the tank slot! 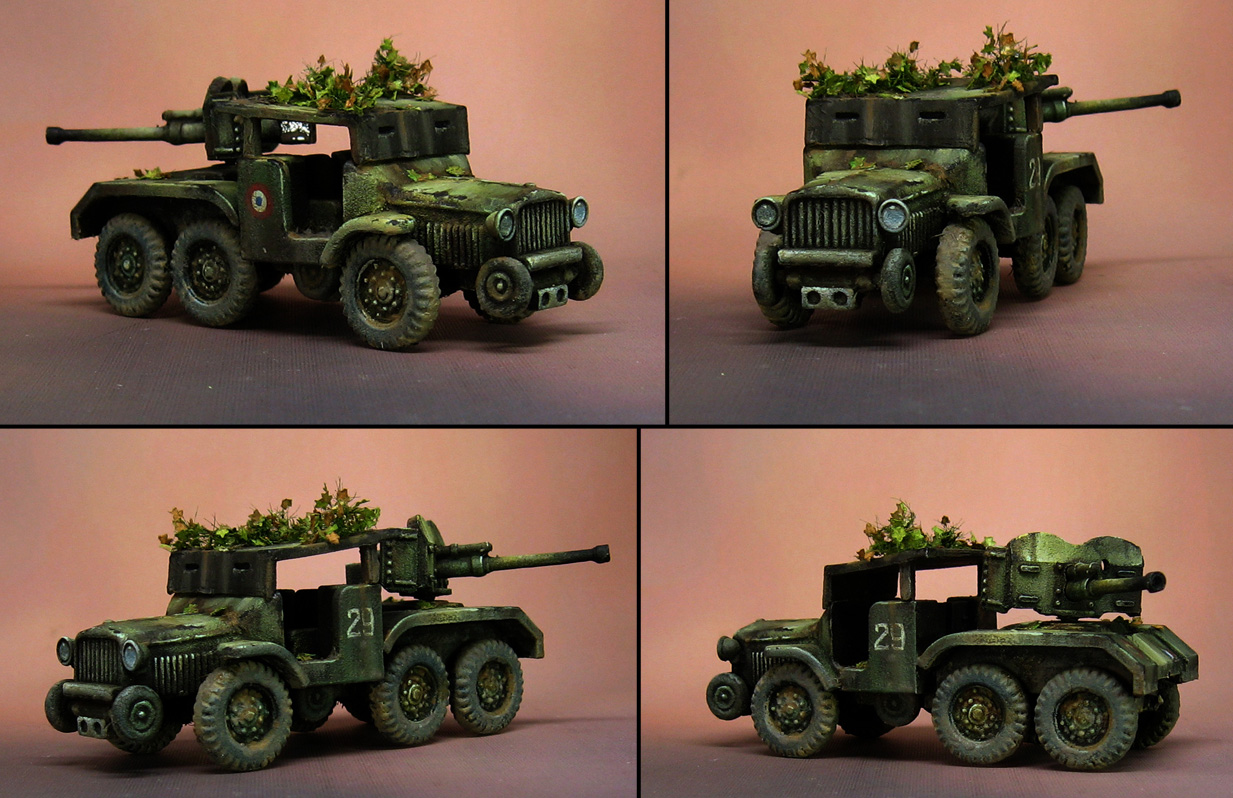 This is just the first in a long line of Laffly vehicles, so get ready for the race to begin!!

Posted by wappellious at 9:16 AM 2 comments: