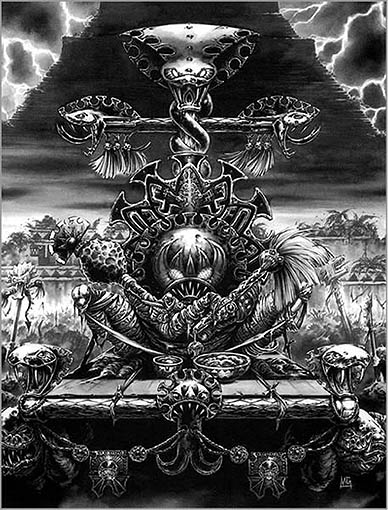 Look what showed up the other day!  I know Babo sure was happy.

The special edition Lizard book was particularly neat!  Many thanks to Jon for the generous gifts of Lustria. :-) 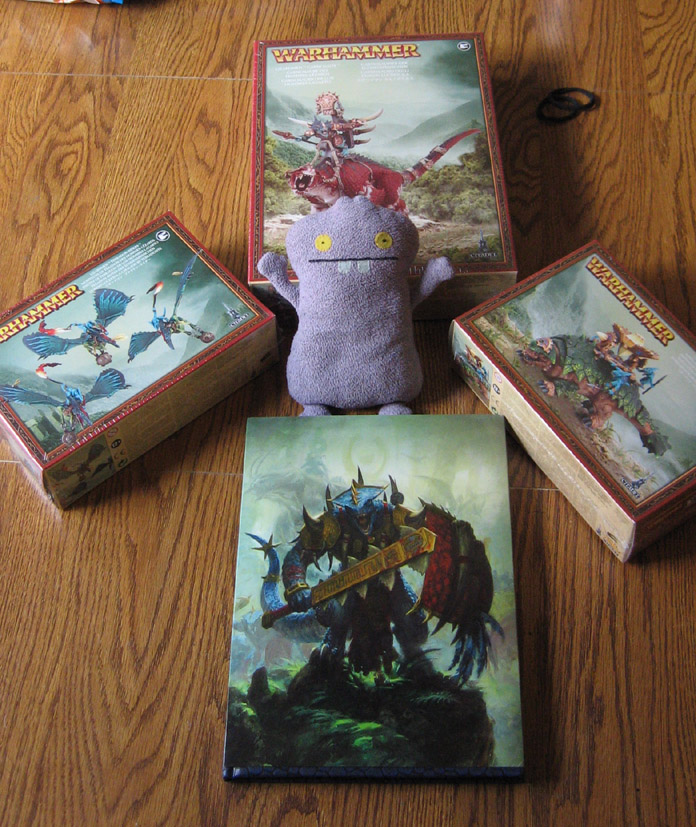 Since I already have a Carnosaur painted, I will definitely be making the Troglodyte.  Gotta have more skinks on big monsters!  I can use the Rider for a new Revered Guardian or Scar Vet.  Also, the left over dino parts will help me sculpt another carnosaur that is more 'dragony' for a certain lore of Beasts... 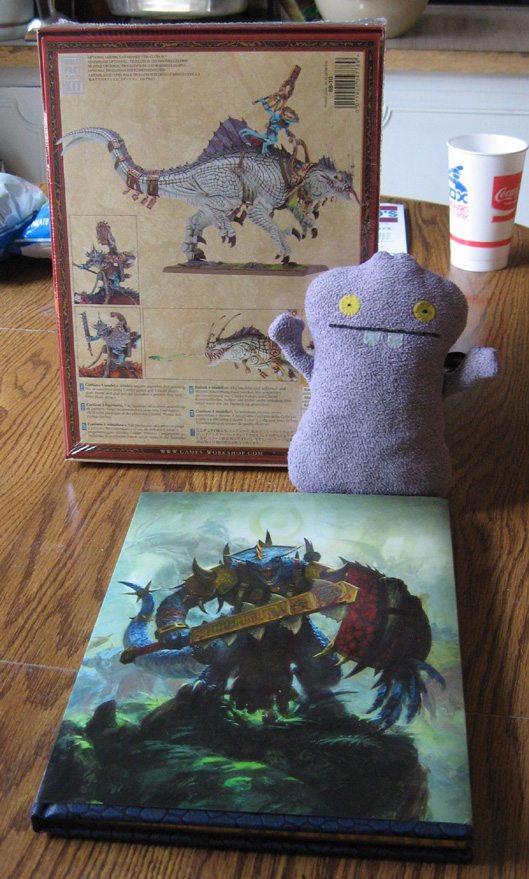 Mage Priest Babo feels quite special!  A loyal servant of the Old Ones. 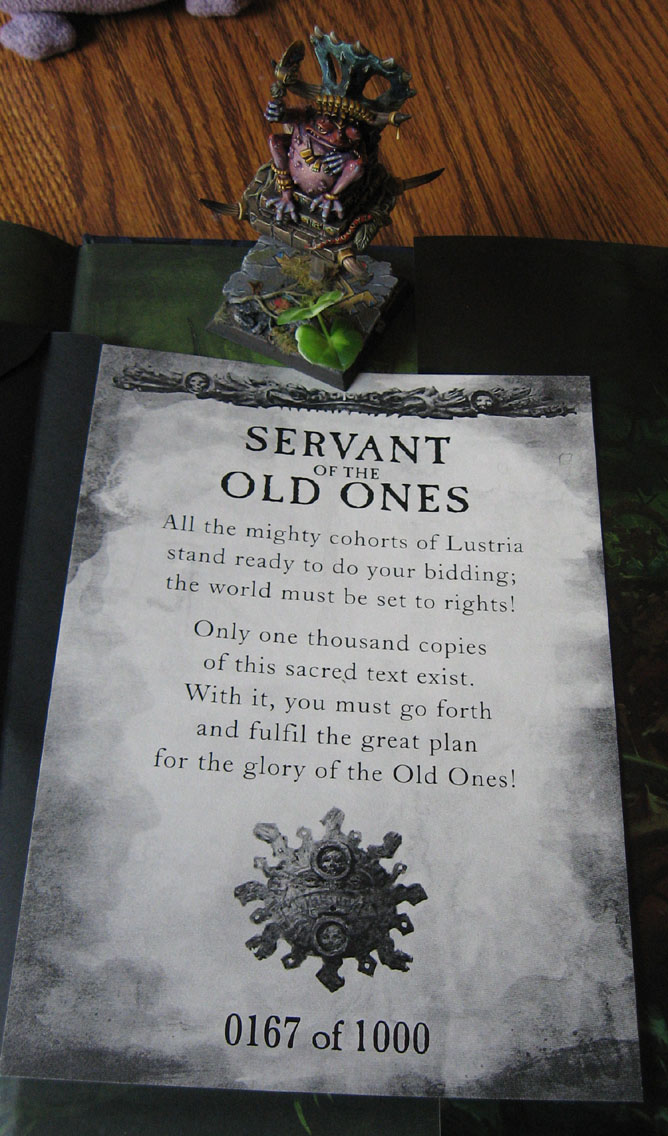 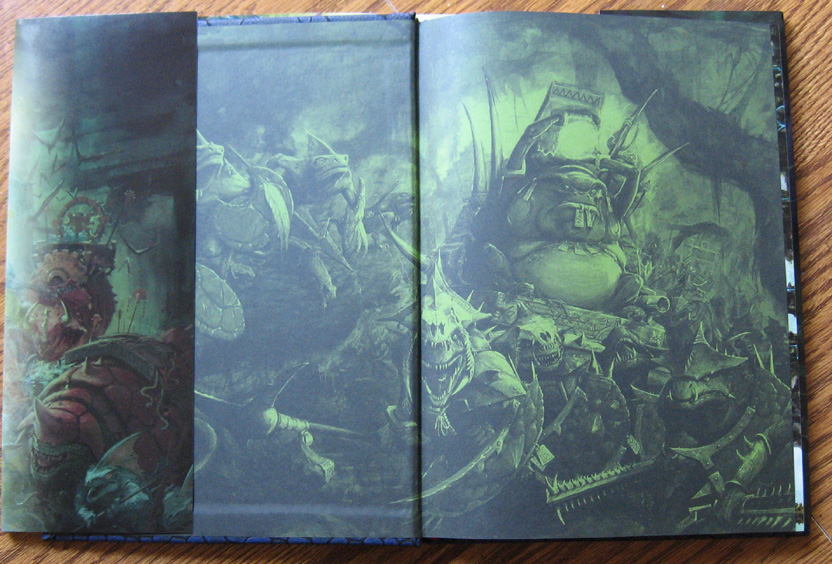 As I have mentioned a few times already, I want to do a whole Kroak theme for the new Lizard army.  We had the Temple of Blood... and now we shall have the Temple of Kroak!

This is something that I sculpted years ago.  I will be redoing this in my new method as part of an entire Temple City.  That will make for some very cool gaming board opportunities. 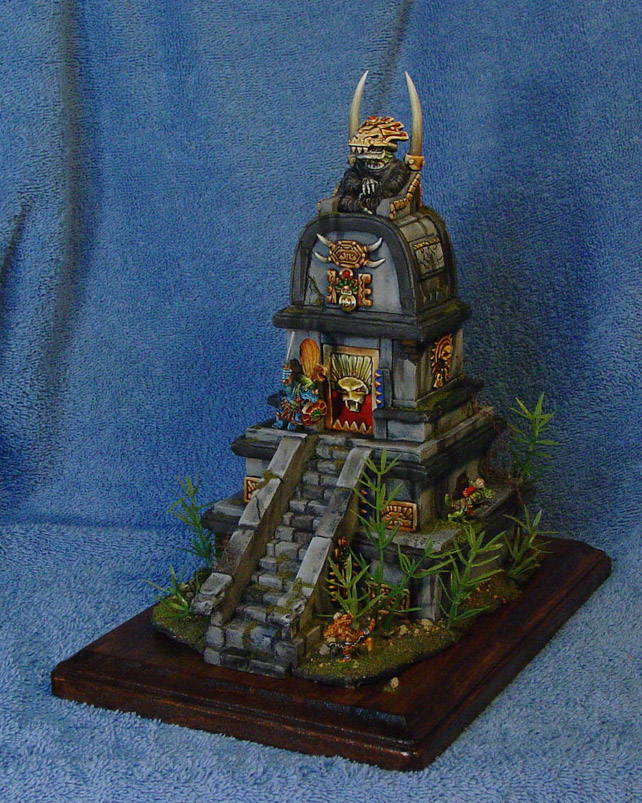 Here are some more views.  The entire structure was made out of sculpey last time.  The new on will be foam board, pink foam, and cardboard, etc.  It will also be much bigger! 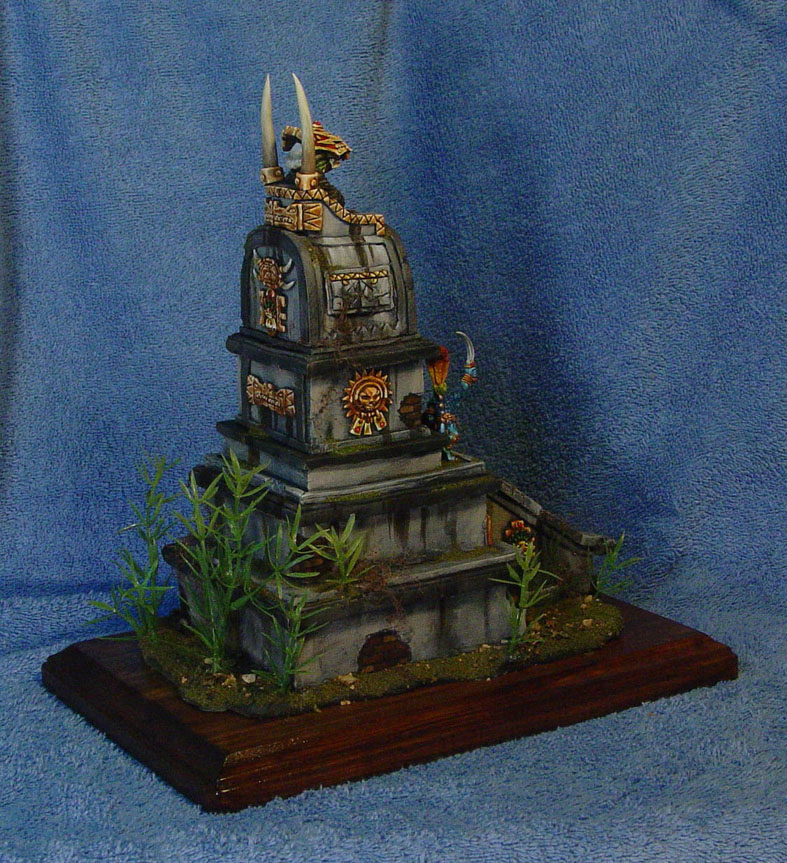 I am looking forward to an entirely different theme.  The new enemy will switch from Demons of Chaos to the Tainted Pharaoh, and also a marauding army of Vampire Counts.  The VC are after the Death Mask... and the Tomb Kings have interest in the Temple itself.

Their 'god' wants them to secure the Temple at all costs. 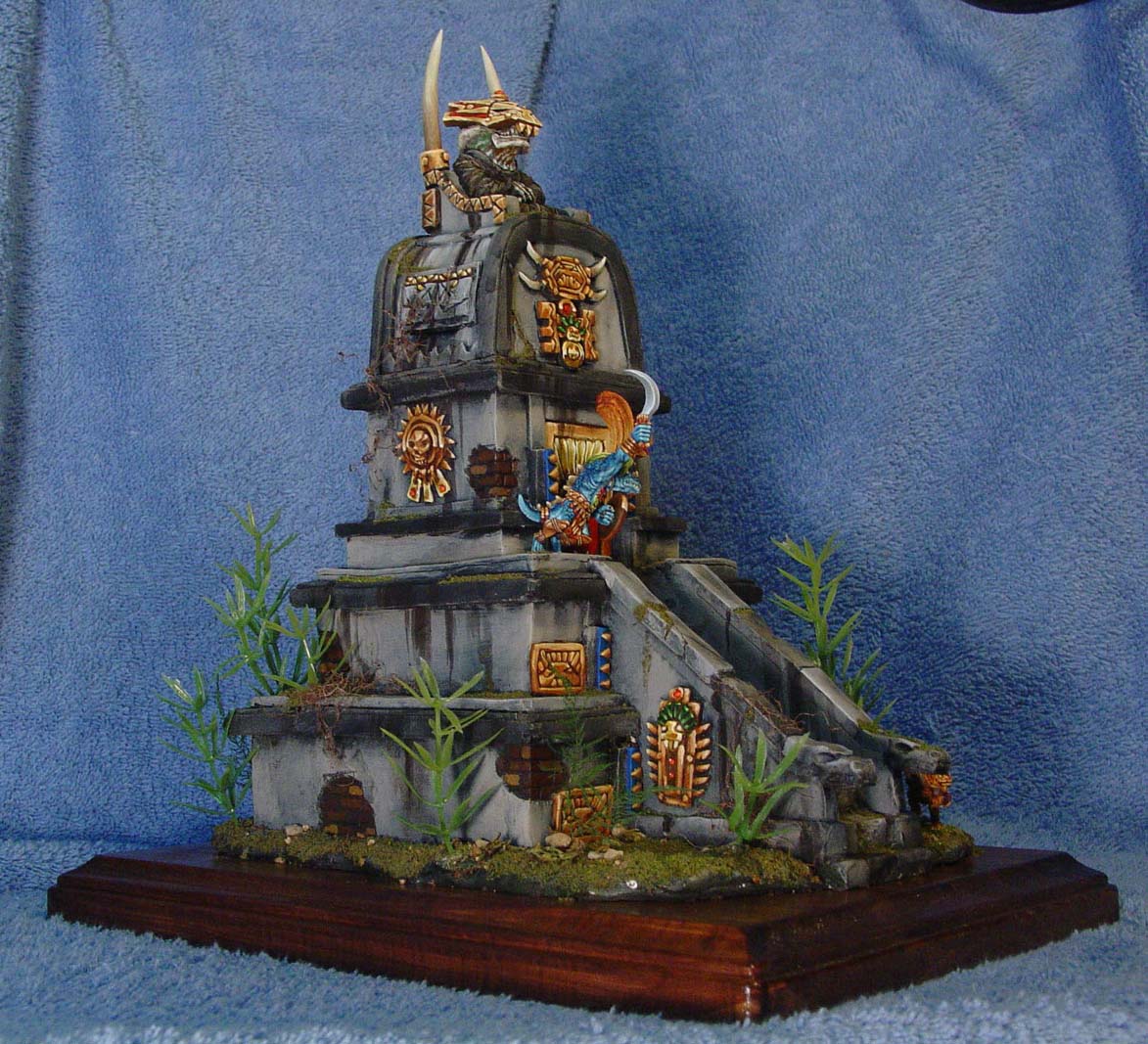 This version of Kroak was also sculpted from scratch out of sculpey.  I will be doing a new version, like the one from the old 5th edition book.  Since he cannot be targeted, and also auto-passed LOS rolls, I can make him nice and tall to torment opponents who like to cower behind cannons!!! 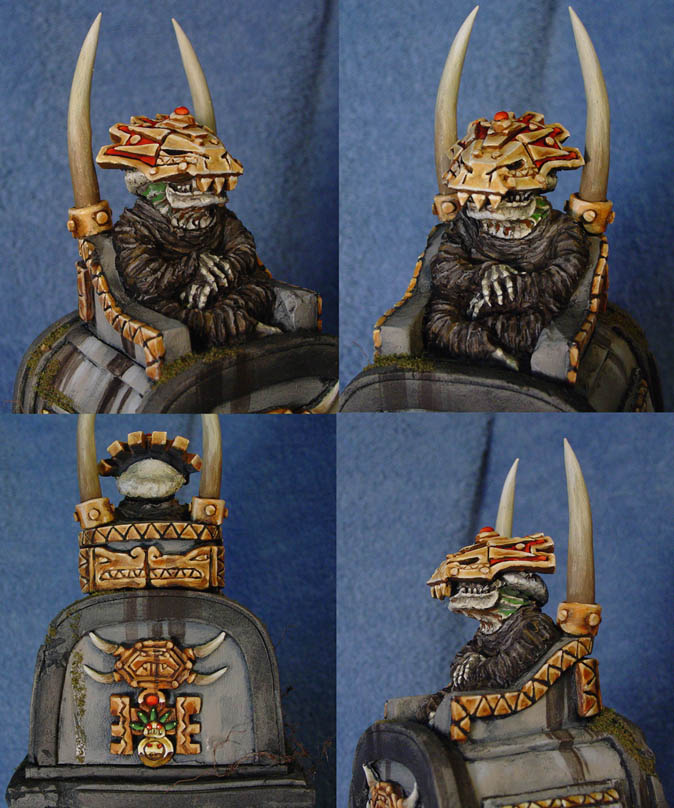 I found several conversions that I made years ago, which will be turned into additional Temple Guard.  These guys (and possibly more) will help to build up the small Temple Guard unit that I have now for Mage Priest Babo. 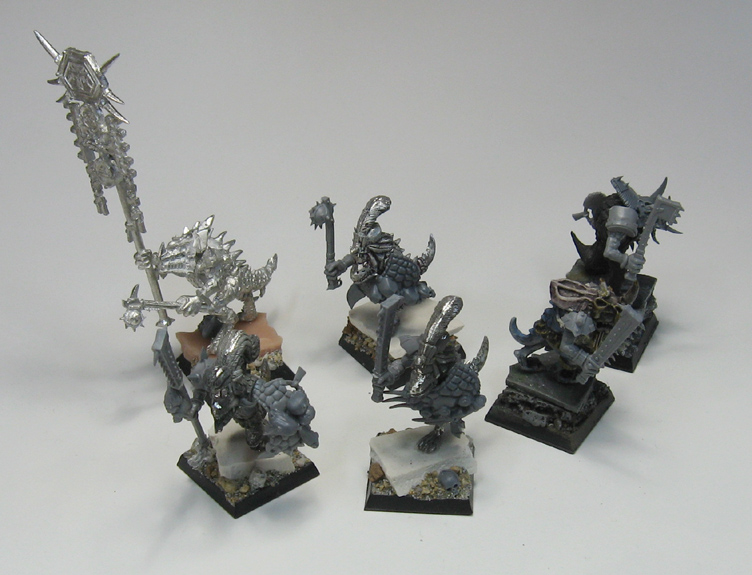 The addition of these extra Guards will turn this unit... 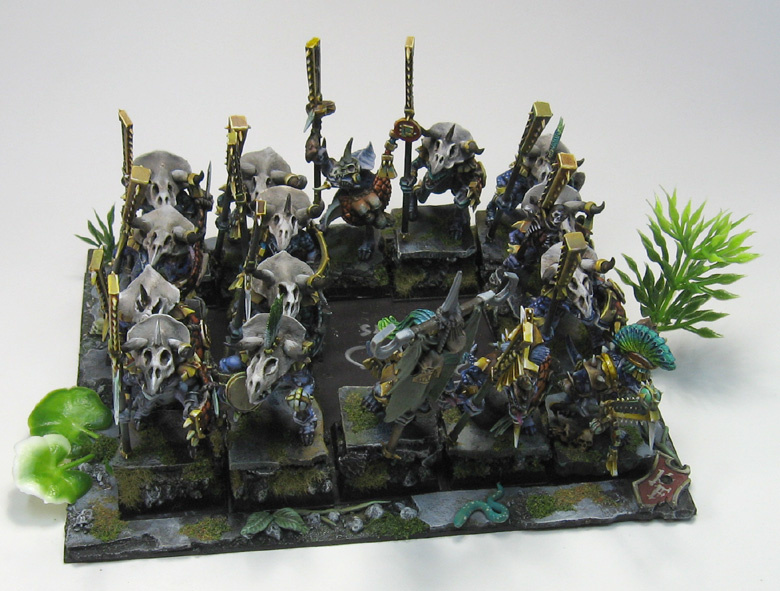 Six wide is something I want to try, with all the Predatory Fighter and other potential boosts.  Since it is an unbreakable unit with Kroak, investing more points in this makes more sense.

If I can keep some of the natural boosts nearby, like the Trog and or Stegadon (plus a swarm or two), these guys might actually be a very nasty combat unit!  Depending on available points in the list, I might even go one more rank on the back. We shall see. 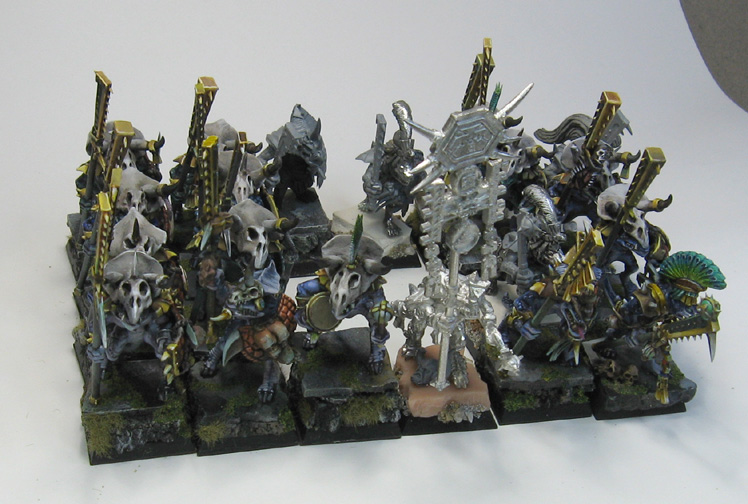 Posted by wappellious at 6:33 PM No comments: 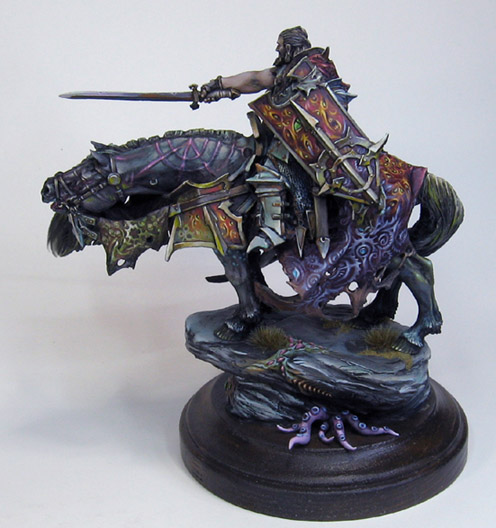 Here is a figure I did for Cool Mini or Not a while back.  This was a 72 MM scale Chaos Marauder champion. 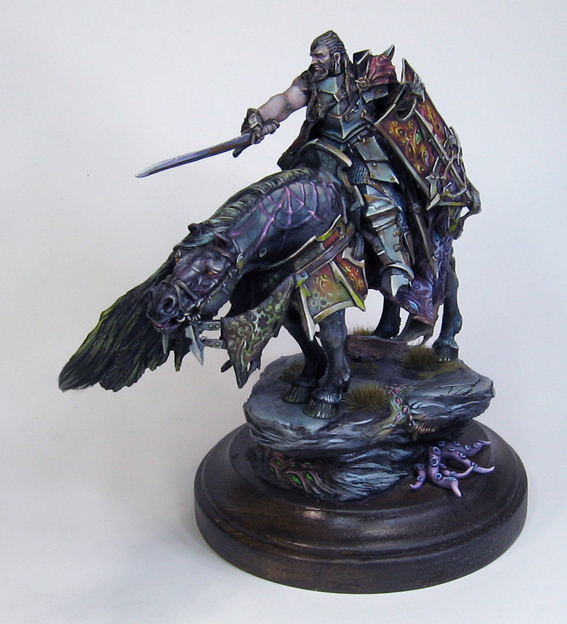 The base was made with Apoxy sculpt and green stuff.  My goal here was to represent all four Chaos gods, by freehand, coloration, and little things sculpted on the base. 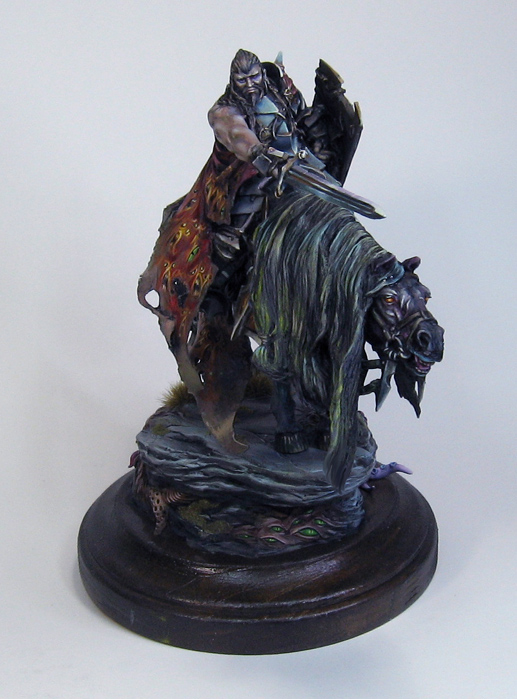 Obvisouly, this side has much of the freehand dedicated to Khorne, along with a demon face in the rocks themselves. 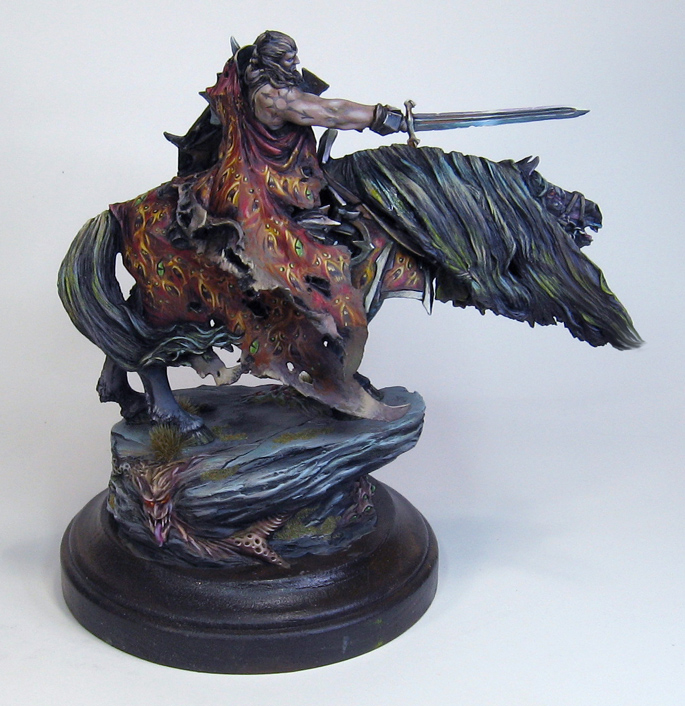 Another view of the Blood God's handiwork... 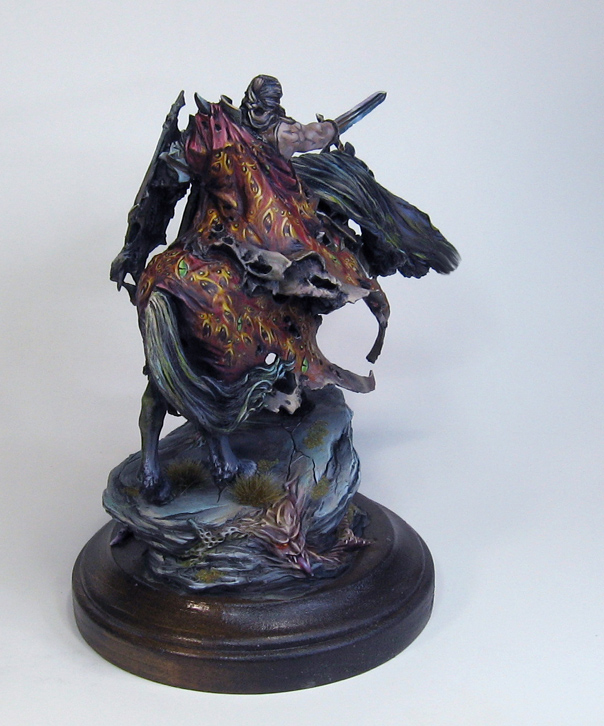 Here we have some Tzeentch.  Yay!  Even some tentacles to go with it. And some Slaneesh as well for good measure. ;-) 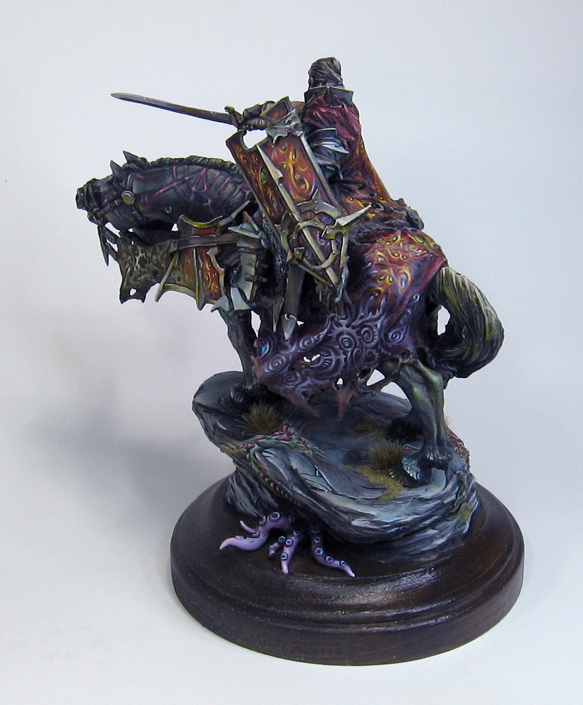 Towards the bridle, we have a bit of Nurgle. 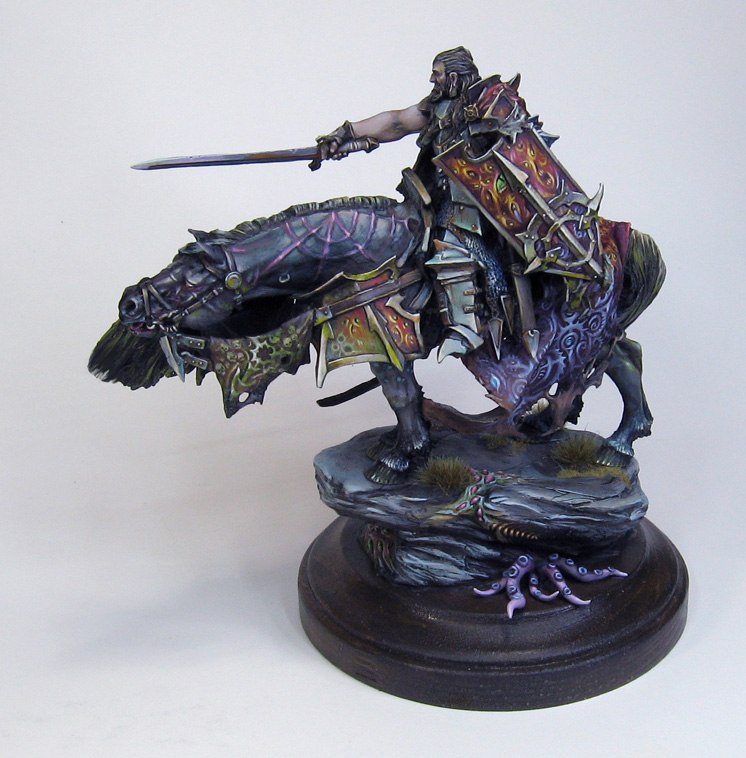 So, four gods in one! 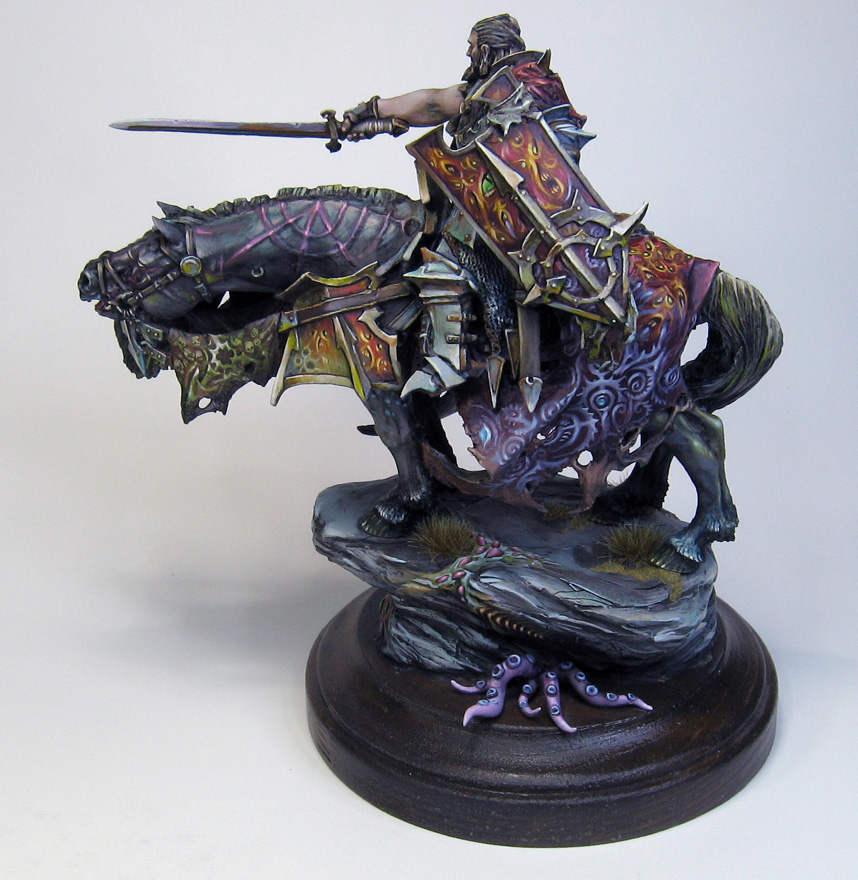