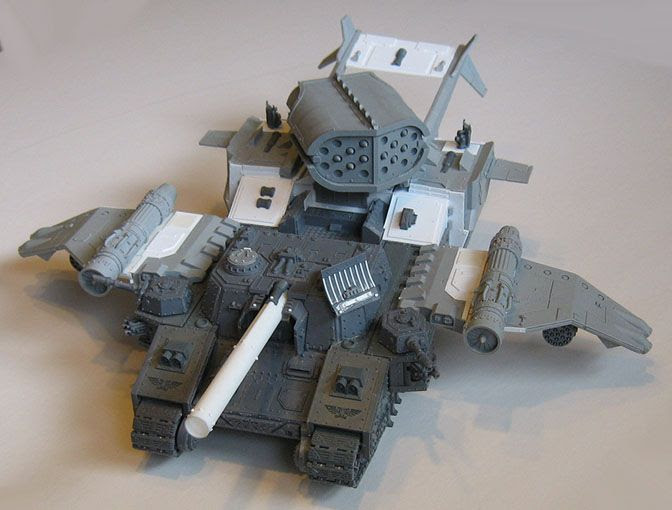 A few years ago, we used to play in a very fun Inquisitor RPG group.  Our characters rode around in this vehicle, an ancient flying Baneblade/transport called the Angel of Dominance.  The idea was that this vehicle was one of the first Baneblades, and had been altered by some Xenos tech by certain Radical Inquisitors. 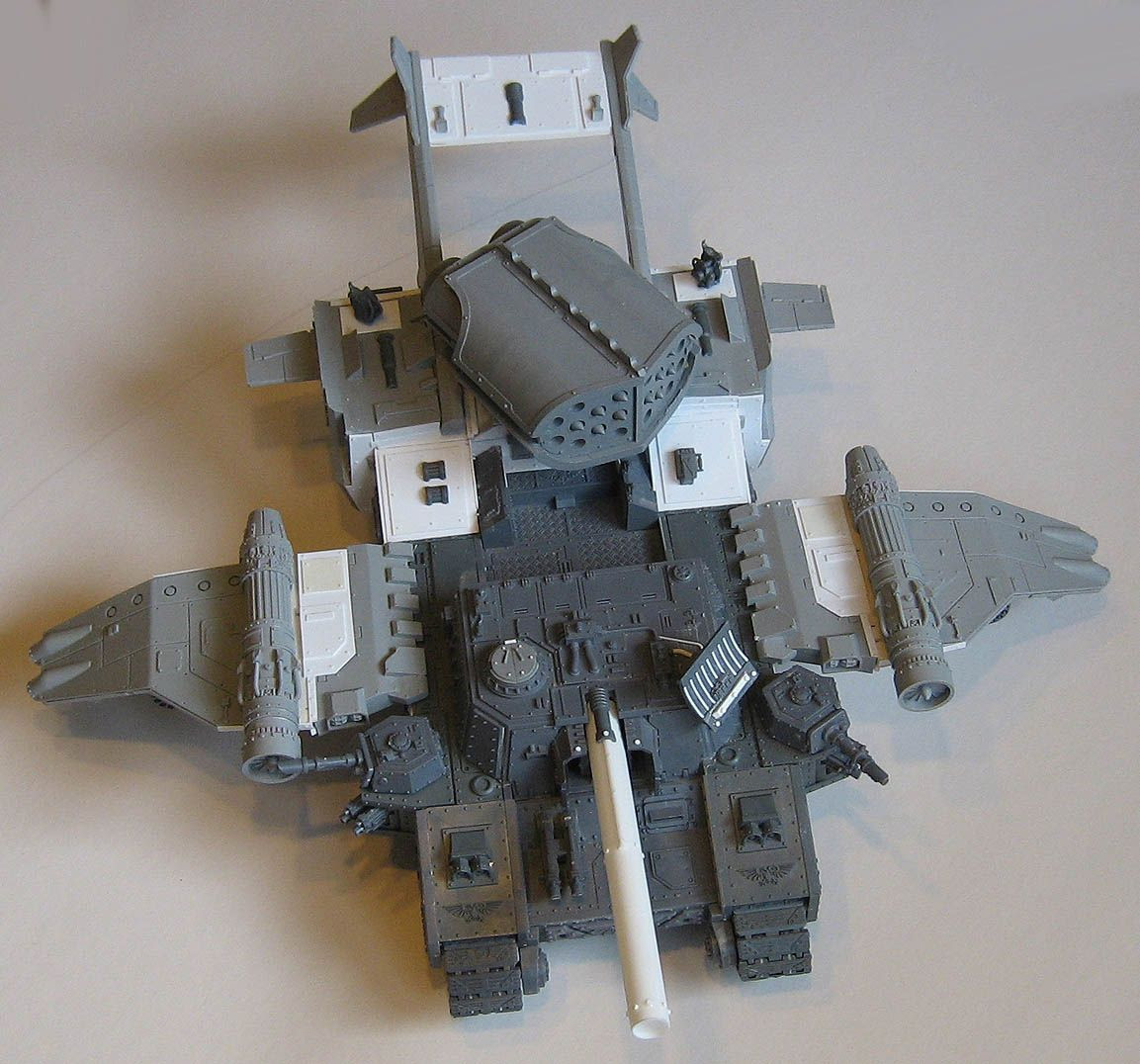 All of the pieces were kindly donated by Larry and John, the GM.  I then sat down with a razor saw and started hacking up pieces of Forgeworld vehicles and plasticard. 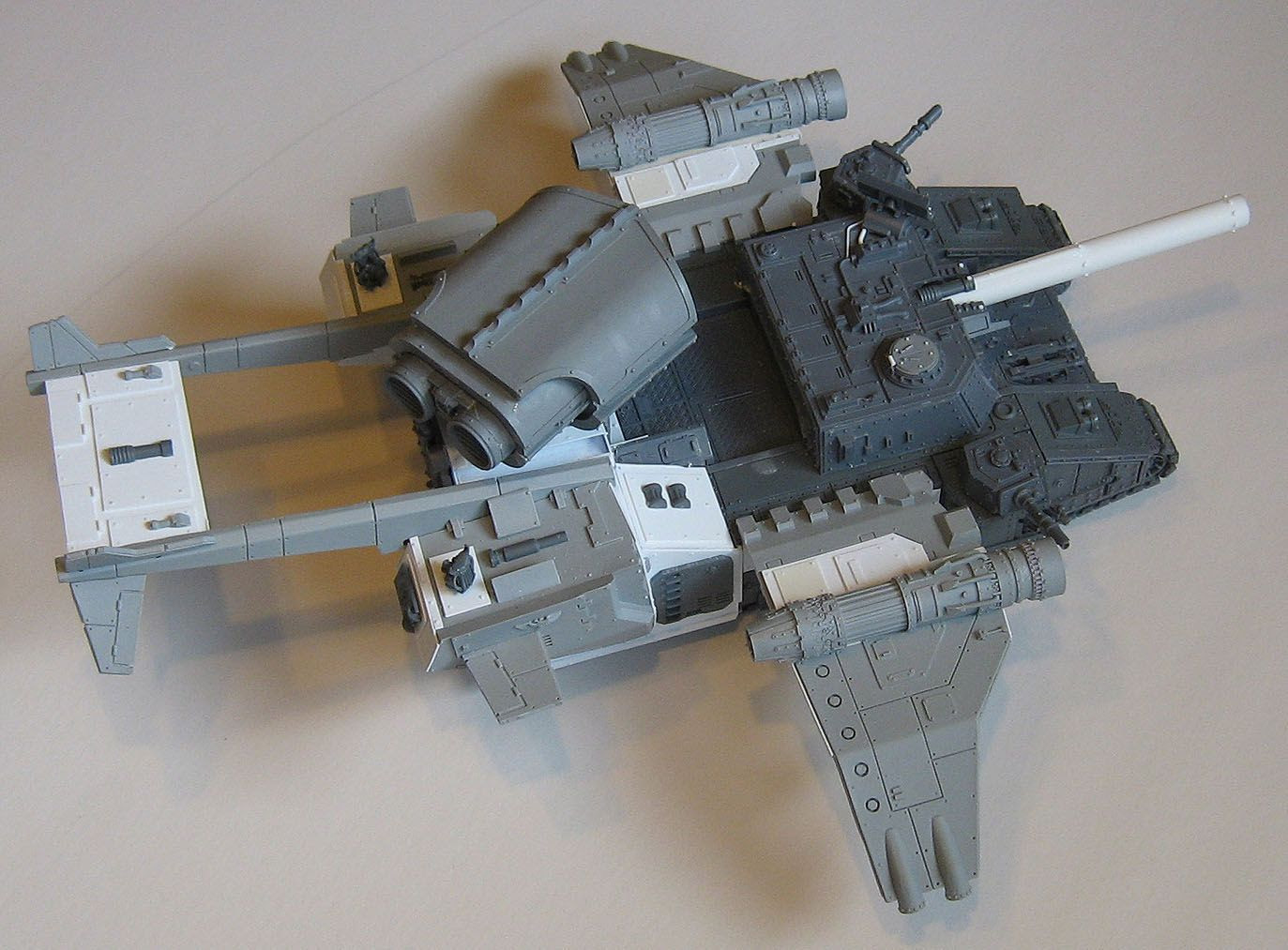 You can see how the extra section was added onto the rear to provide transport space, and a platform for the giant missile launcher. :-)

The wings were the trickiest part.  You can's see the underside in these views, but there are glowing levitation engines (adapted from "donated" Eldar Tech) which help get the vehicle airborne.  There are maneuvering thrusters all over the vehicle. 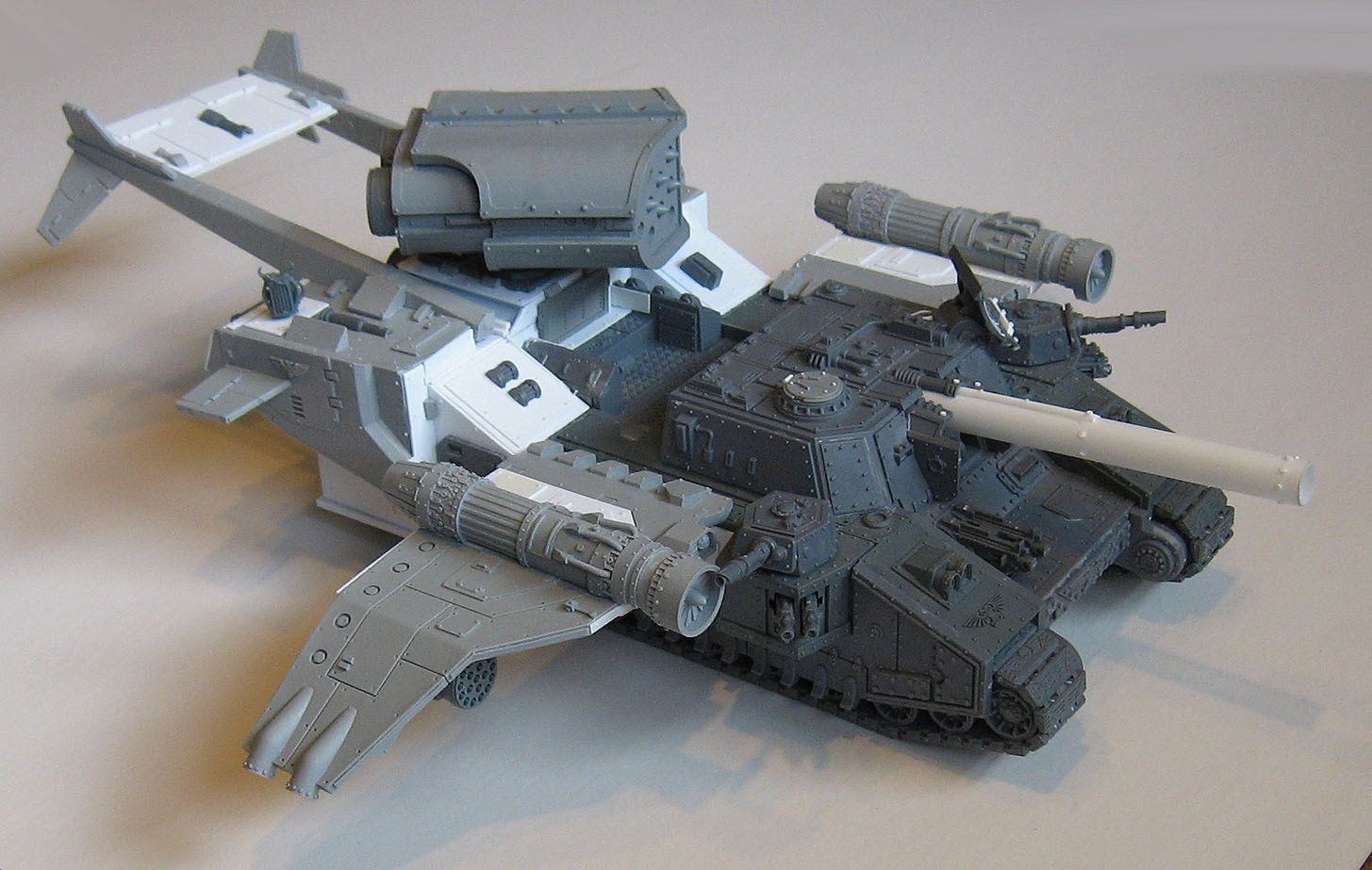 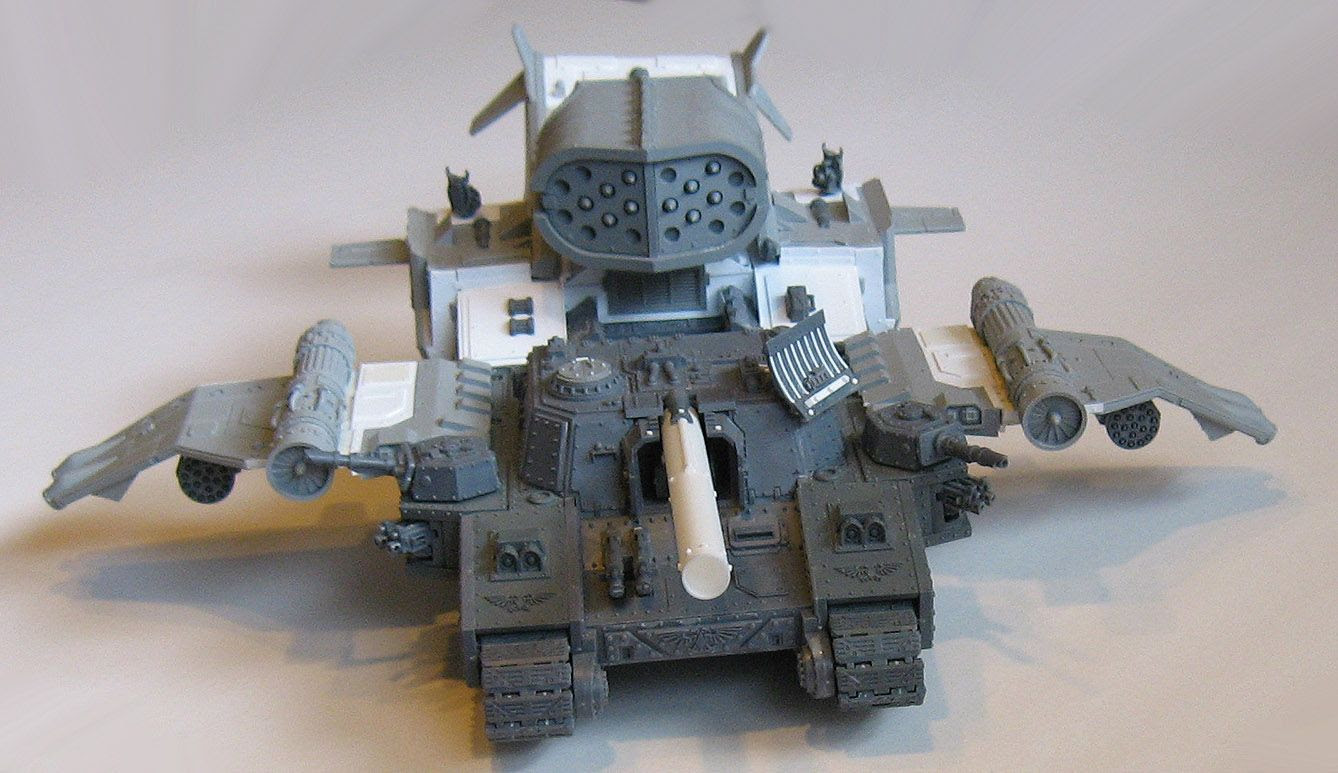 I had to use some thick baked sculpey to provide some extra length to the wings, so that the engines could have enough space and not touch the sponsons. 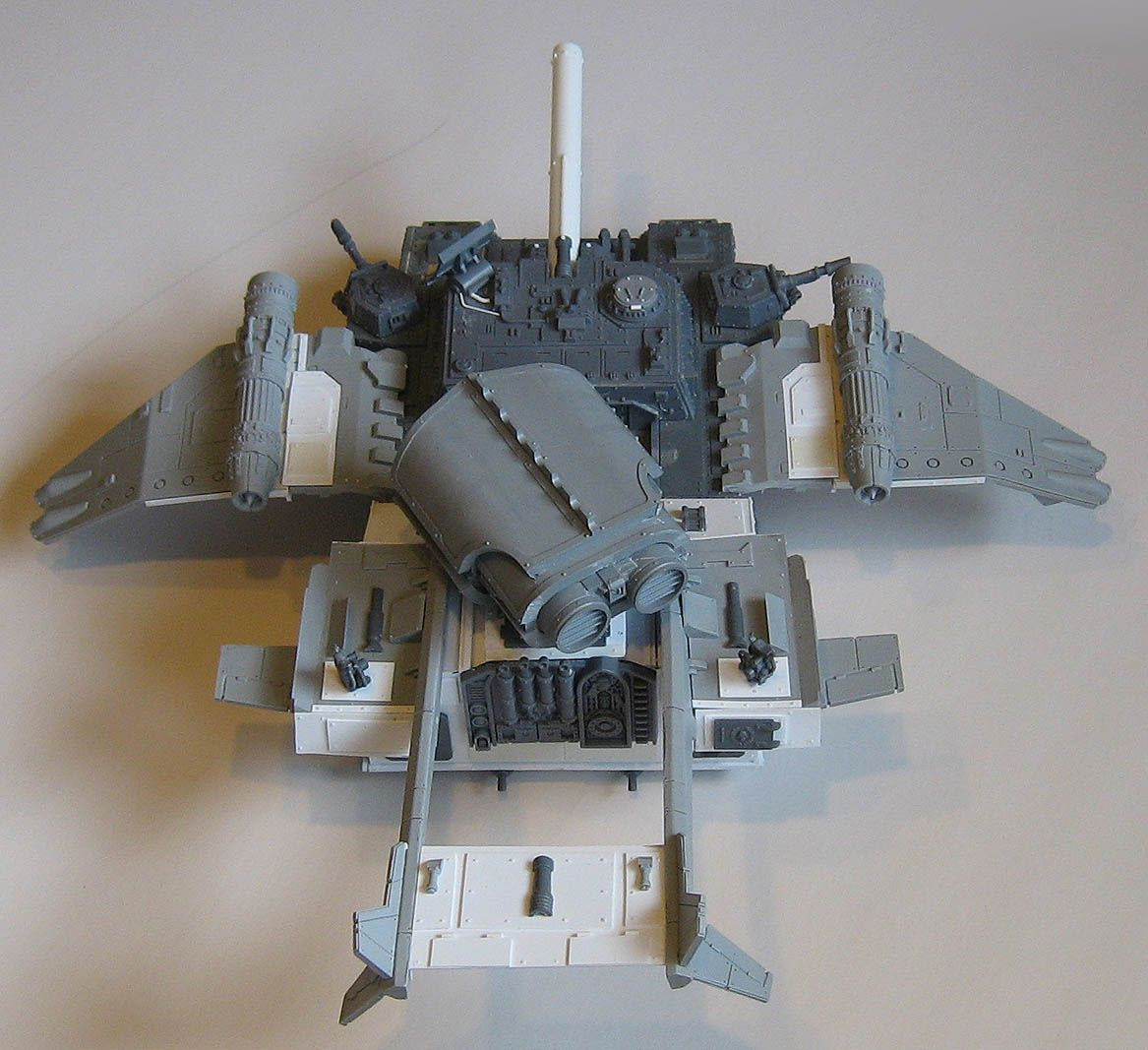 Obviously, a bunch of Valkyrie parts were used.  The plasticard and some polystyrene tubing helped create the necessary plate texture to cover all that up. 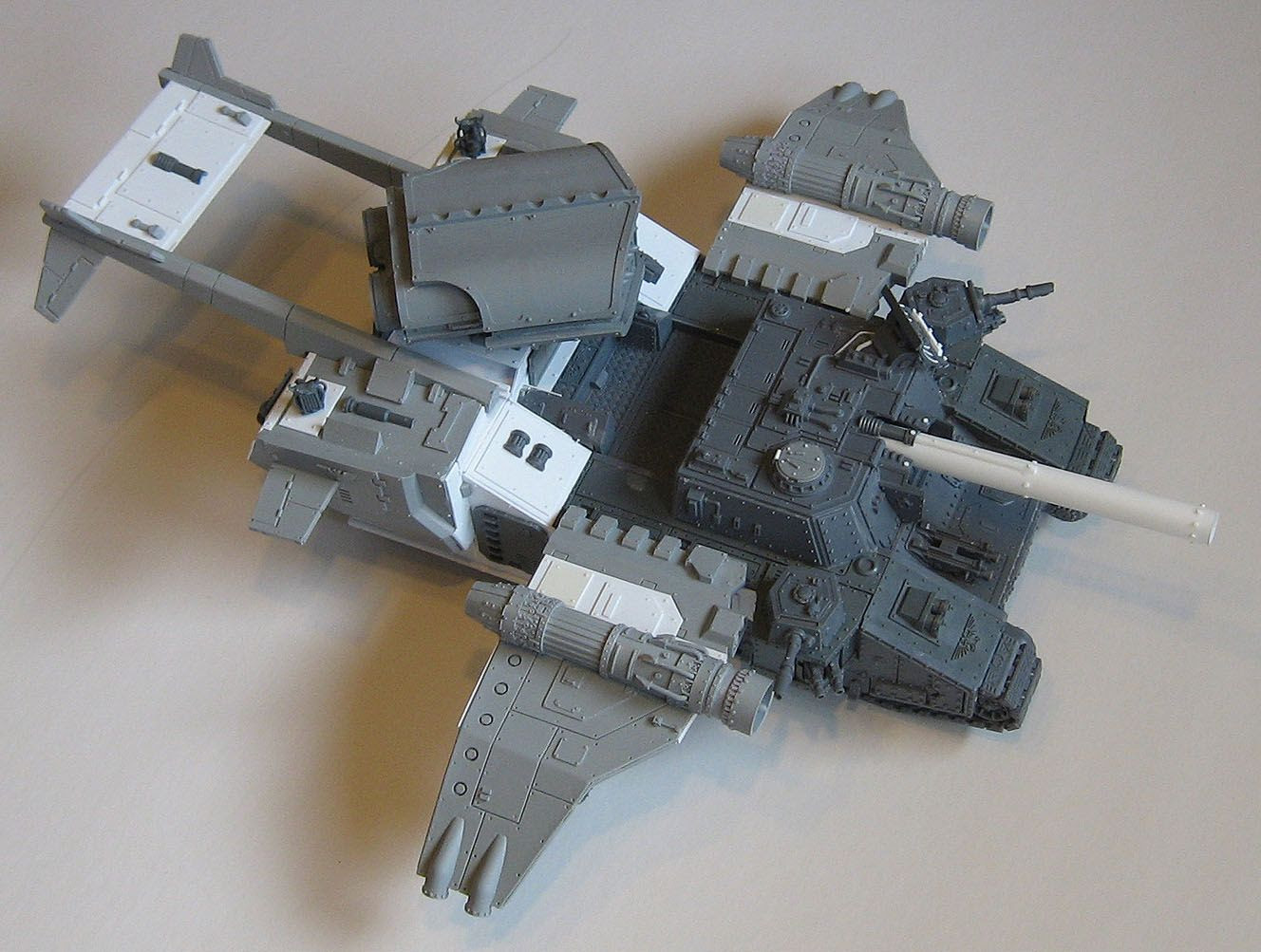 I even used a dozer blade to create the large radar antenna.  There are some chaos noise howlers on the vehicle, which we would use to play that Flight of the Valkyries song when we went into combat :-) 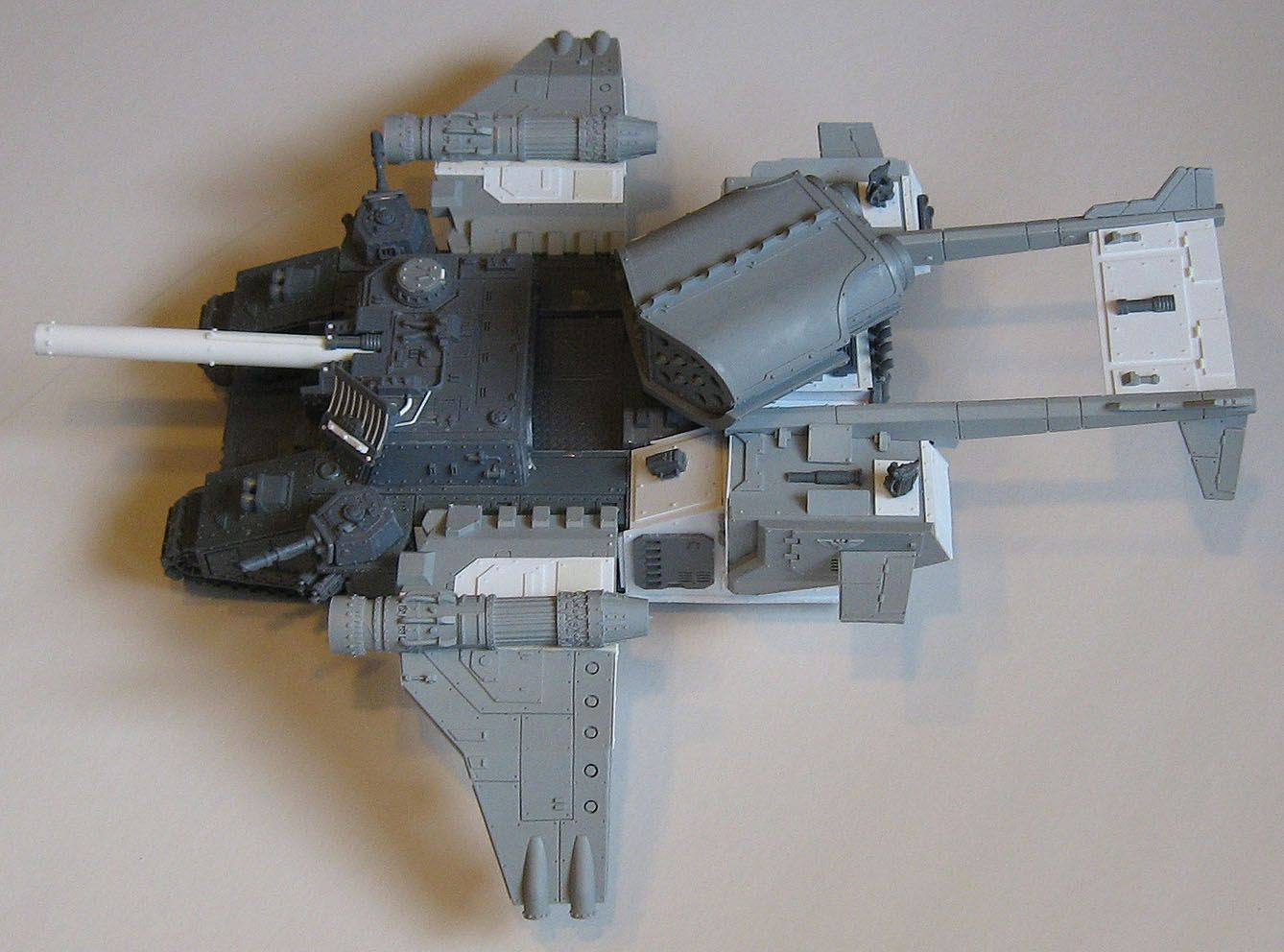 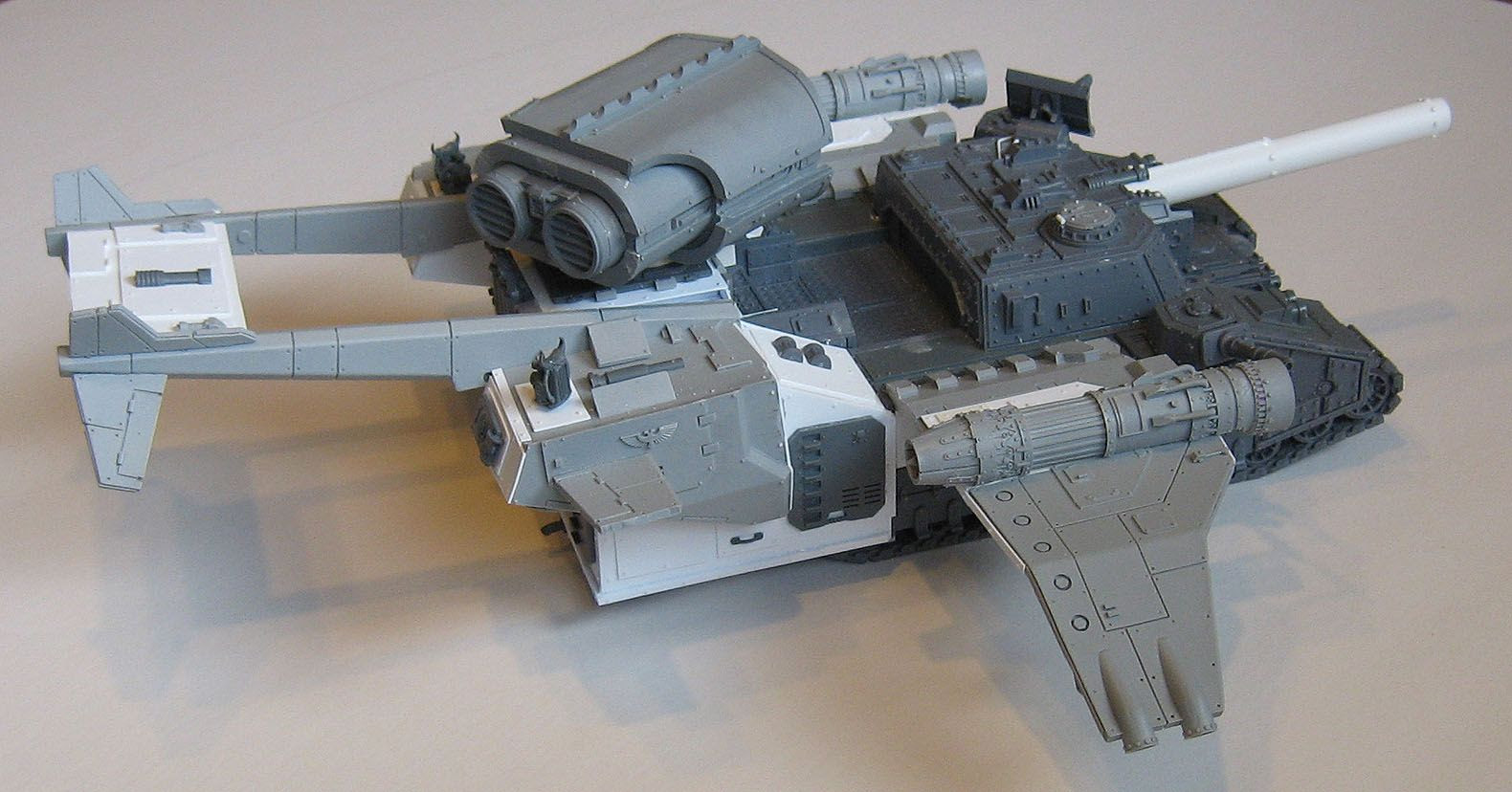 Other tank bits were very handy, such as cutting guns in half to create added mechanical parts on wings, etc. 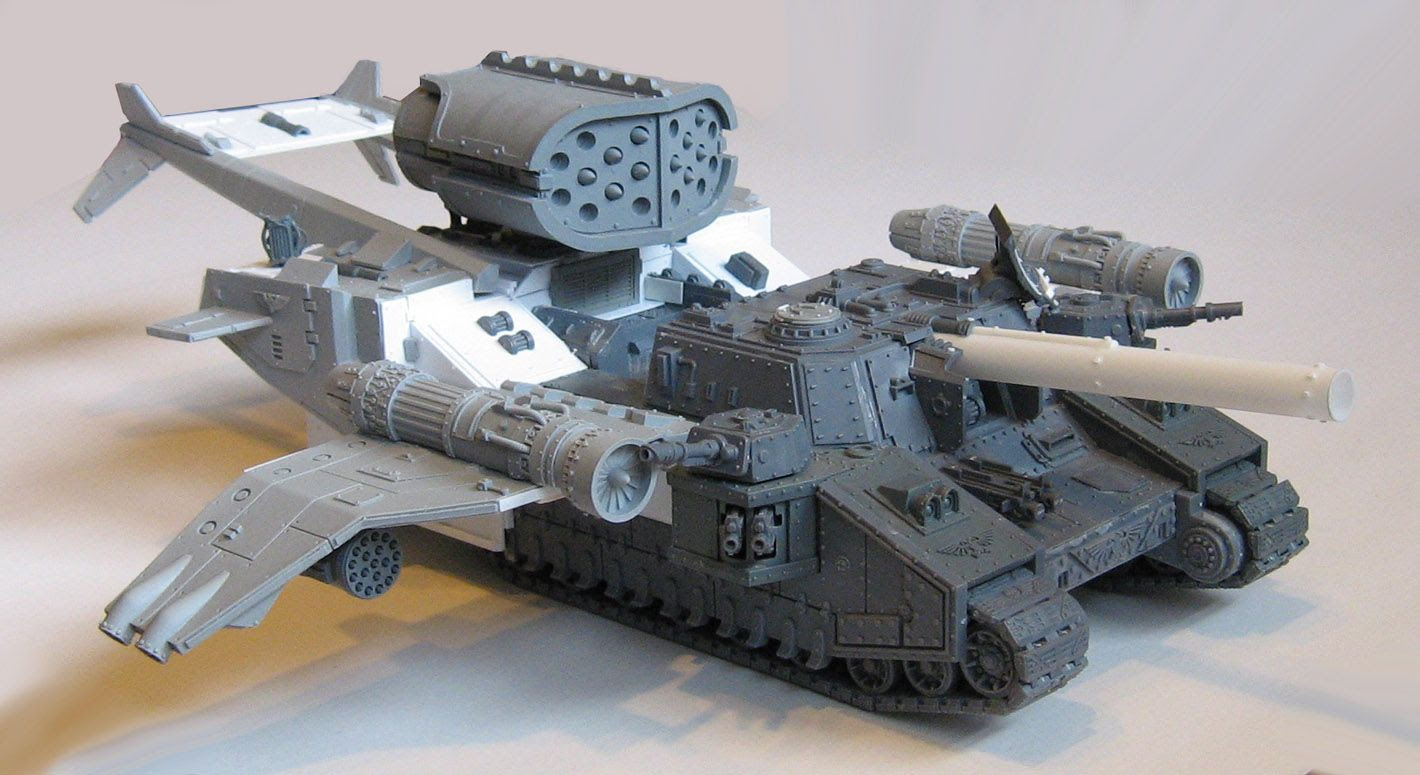 There are other added pieces to the underside, such as winches, etc. that are used in flight mode. 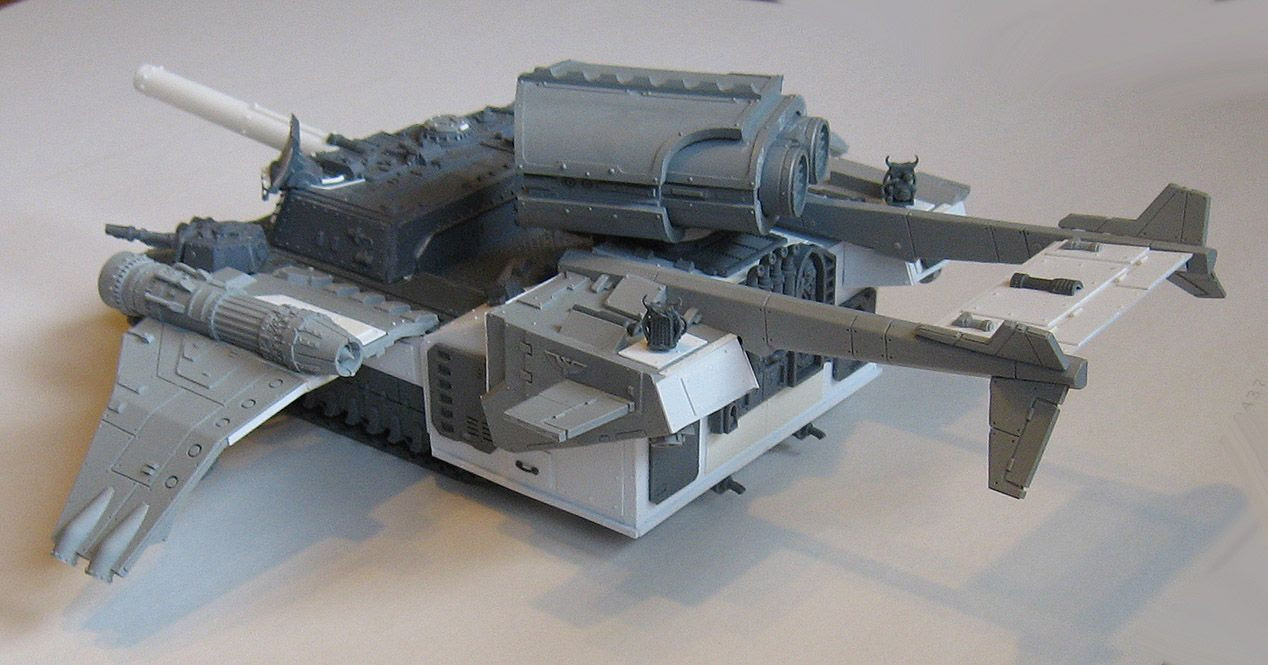 I have done a bit of painting on this, so I will show you those pictures later.  These should give you a fairly good idea of how this craft was made, though. :-) 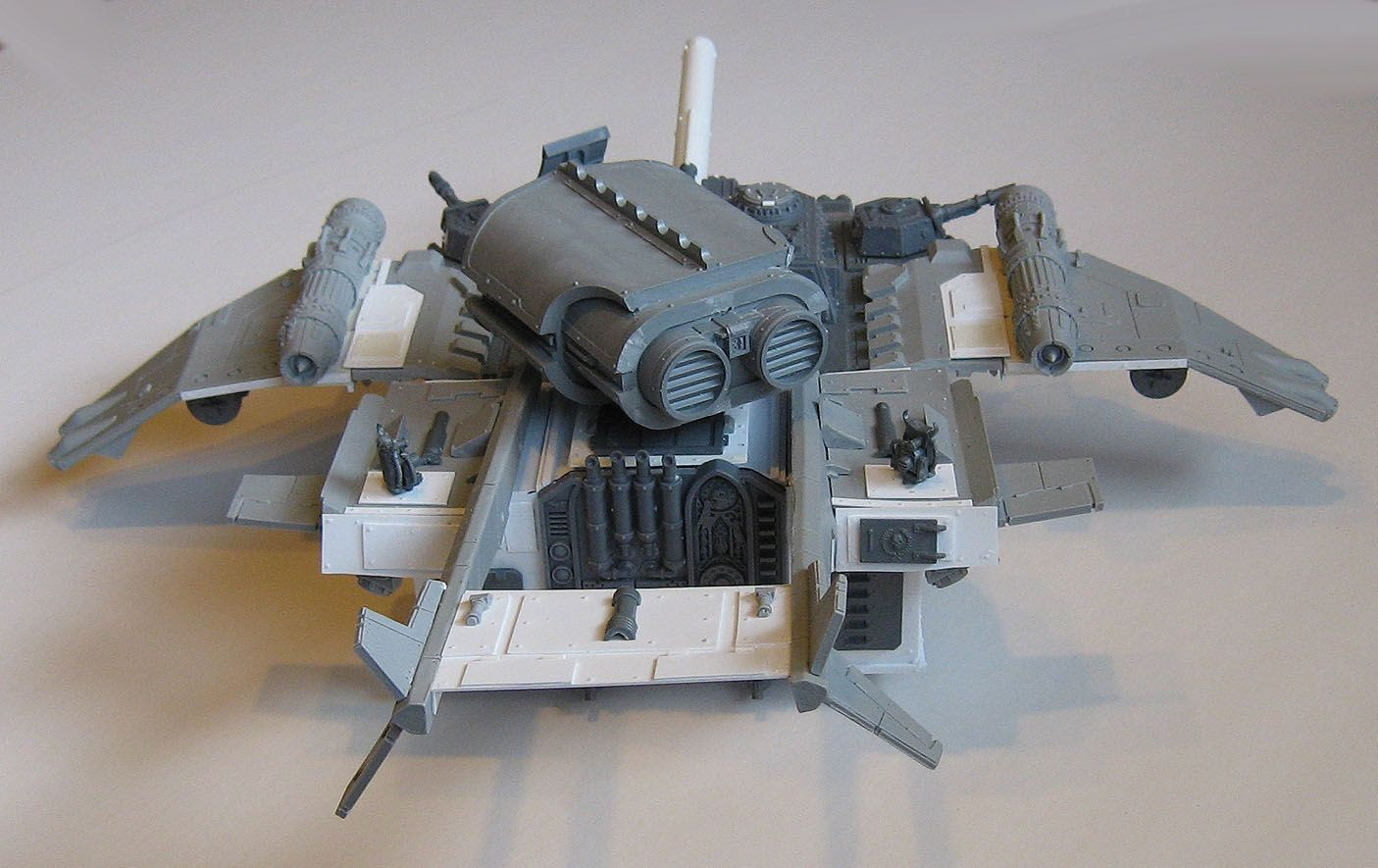 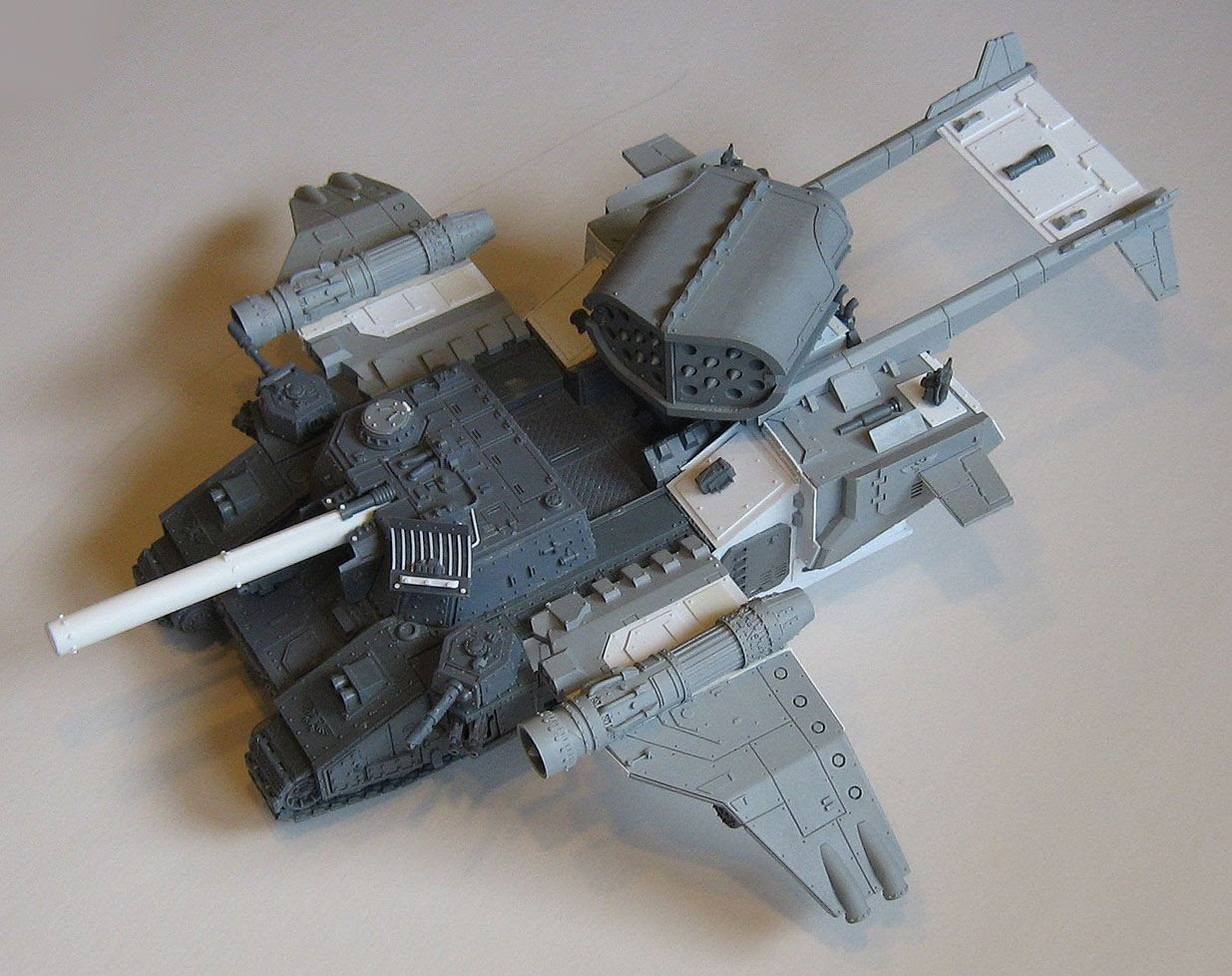 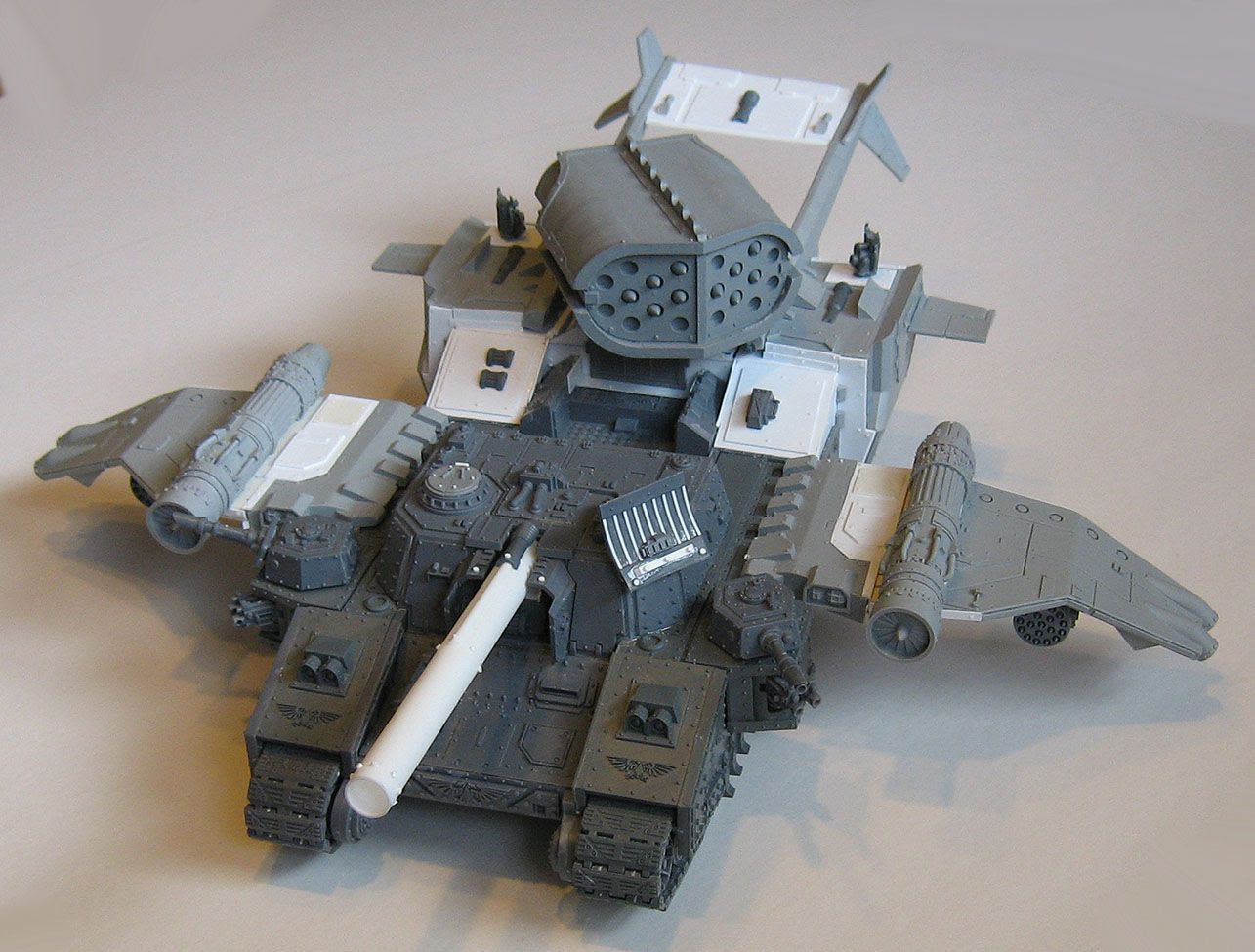 I didn't realize how many of these Skarrd minis I have painted!  This is just another small sample. 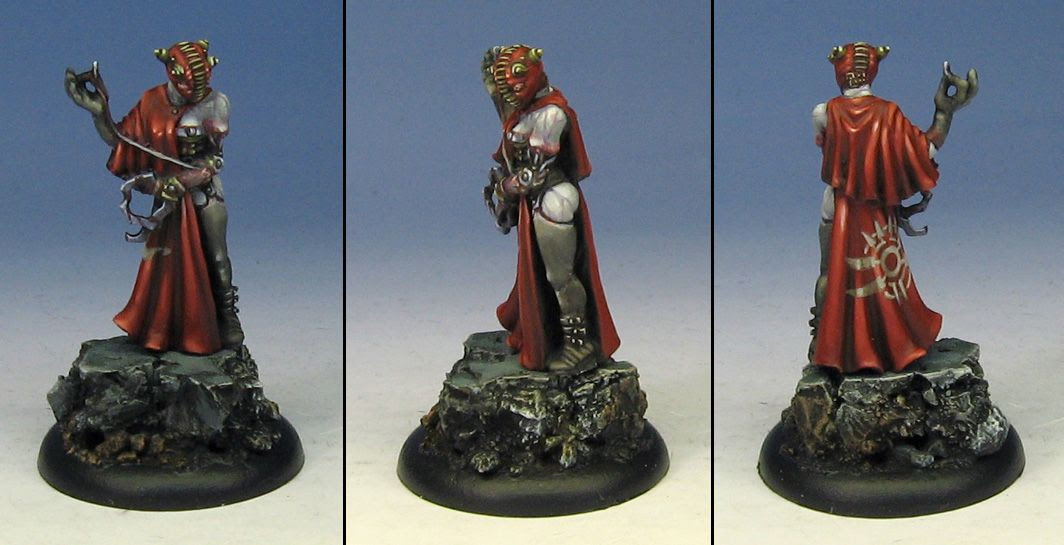 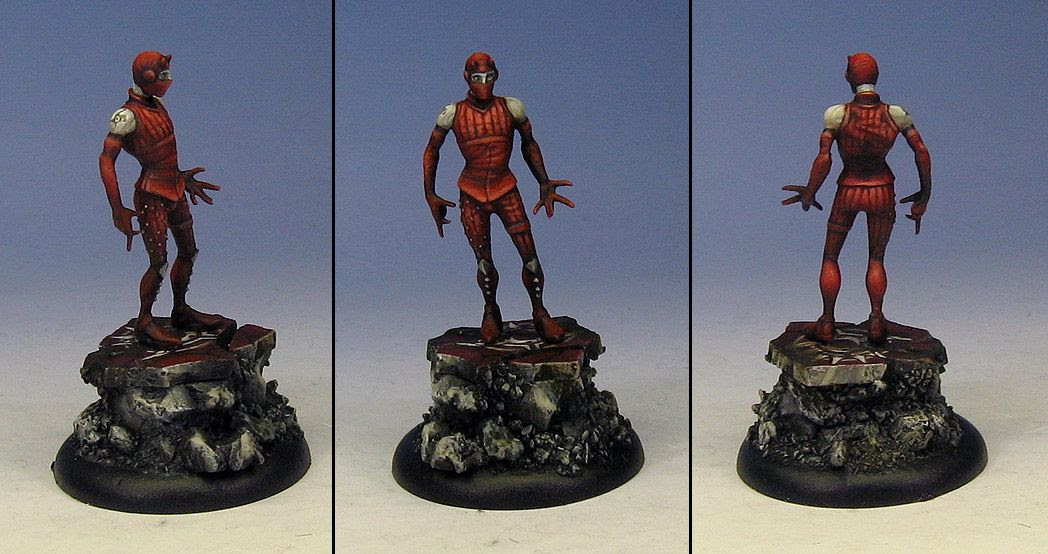 I have always thought these Harpies were fun .:-) 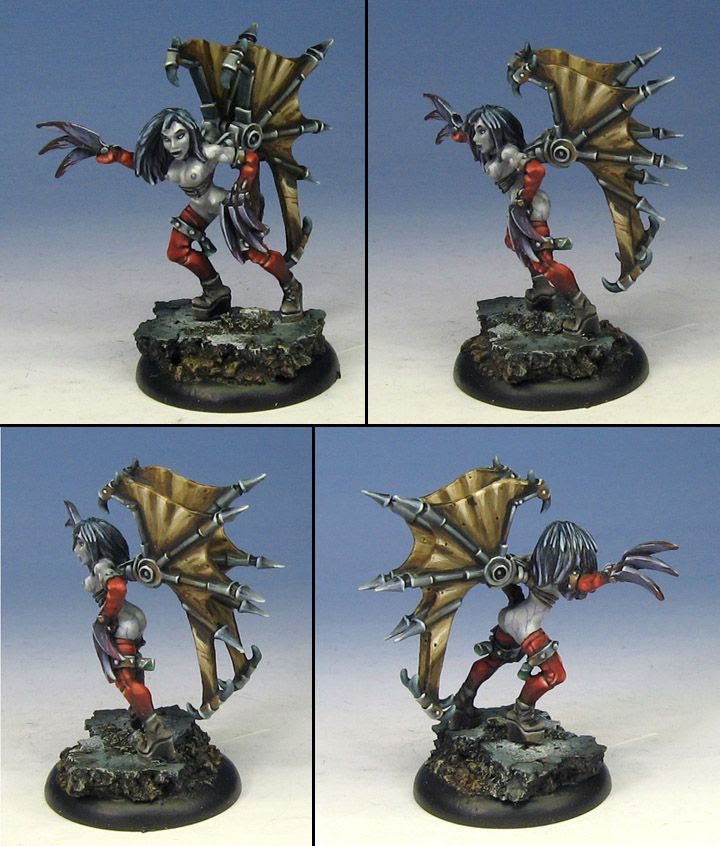 Posted by wappellious at 4:10 AM 5 comments: