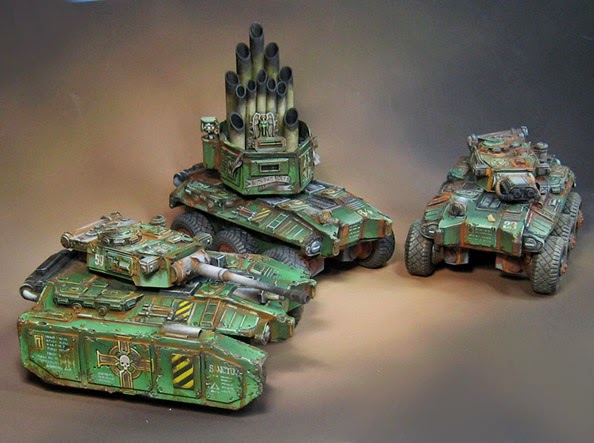 At long last, I can finally take some images of all the Secret Weapon RAV 6 x 6's that I made for my Adepticon army! 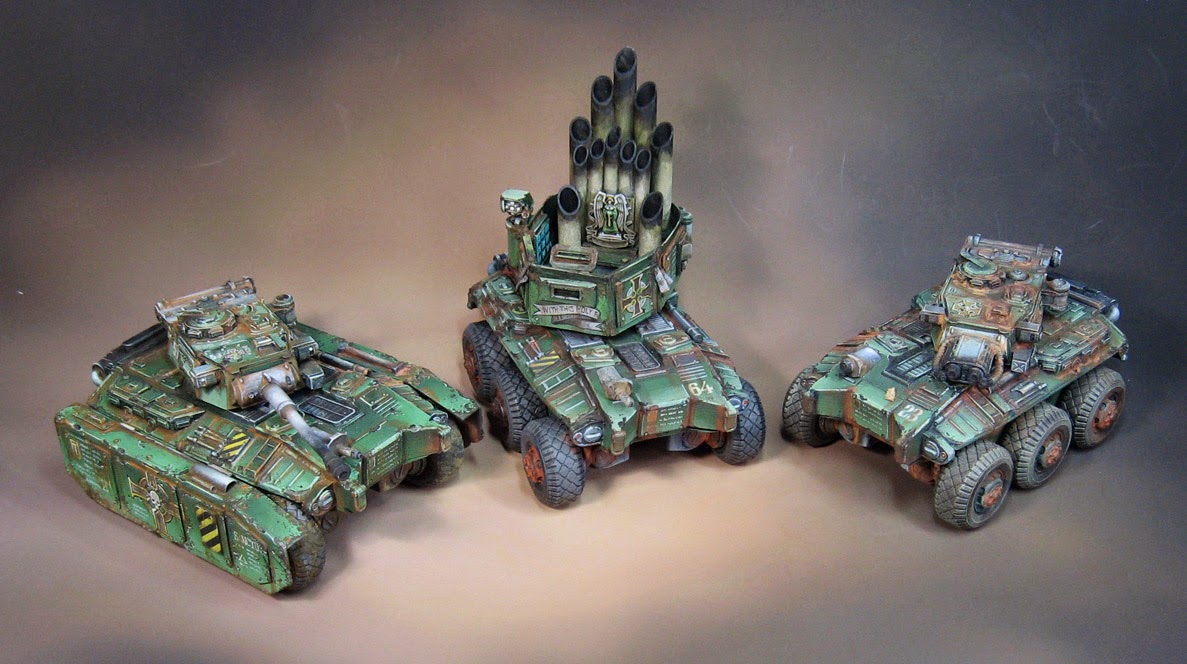 It took the biggest Hangar 18 backdrop I could muster, but it worked nicely! 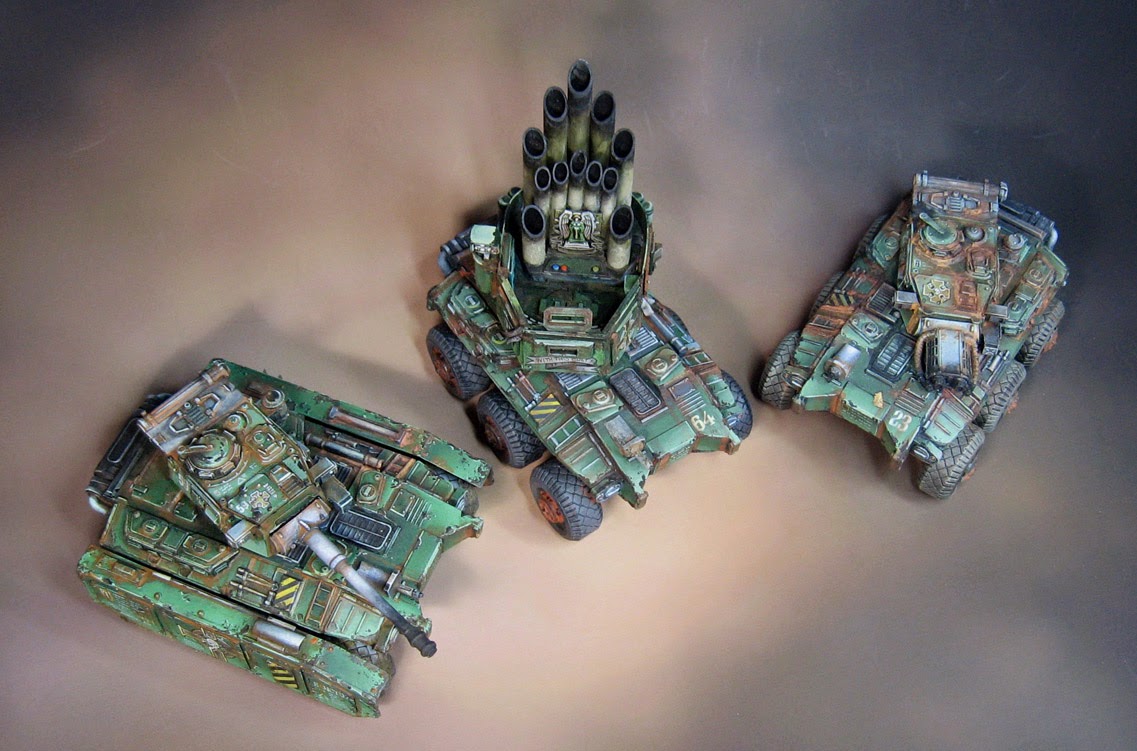 These three Secret Weapon RAV 6 x 6 vehicles have been heavily converted.  I turned the one on the right into an Immolator, while the center RAV served as my Exorcist.

The armor skirts were made of plasticard: That's what I love about these vehicles!  They are designed to be just about anything!  Leman Russ, Chimera, Immolator, Rhino, whatever you need.  There are 10 different weapons, and even two hull mounted options!!! 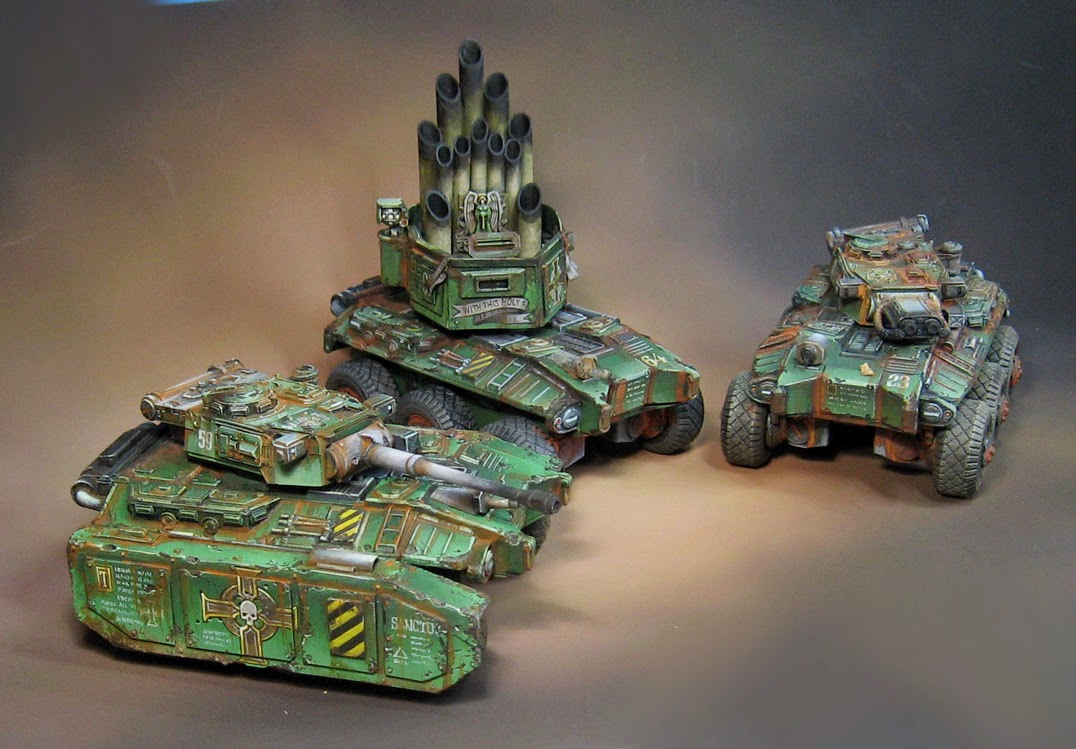 Here they are on the Secret Weapon site: 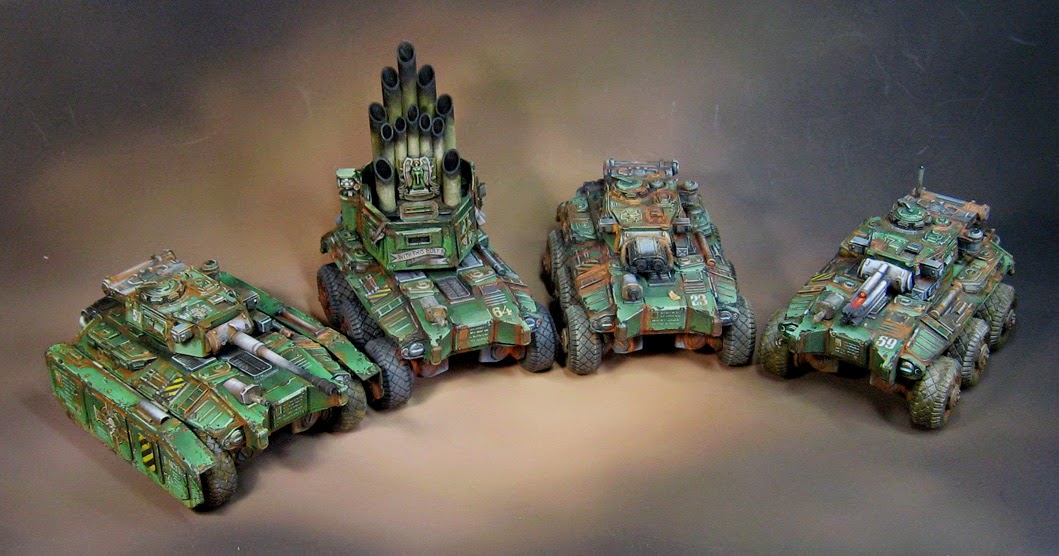 I used these in my Adepticon tournament army of 2014.  These vehicles helped my win a Best Painted Army award once again!! 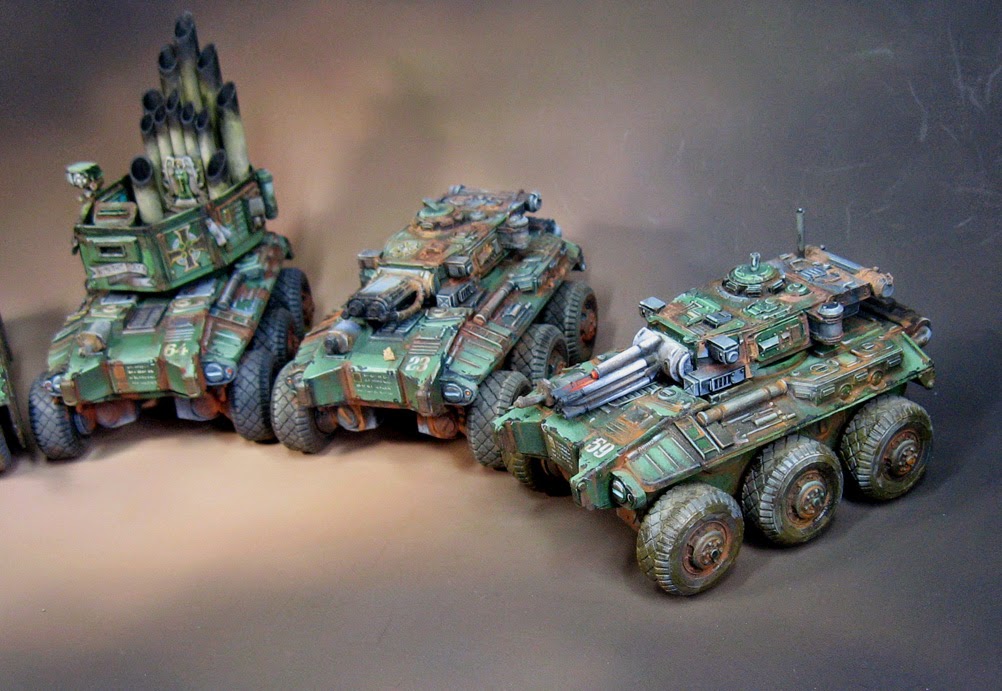 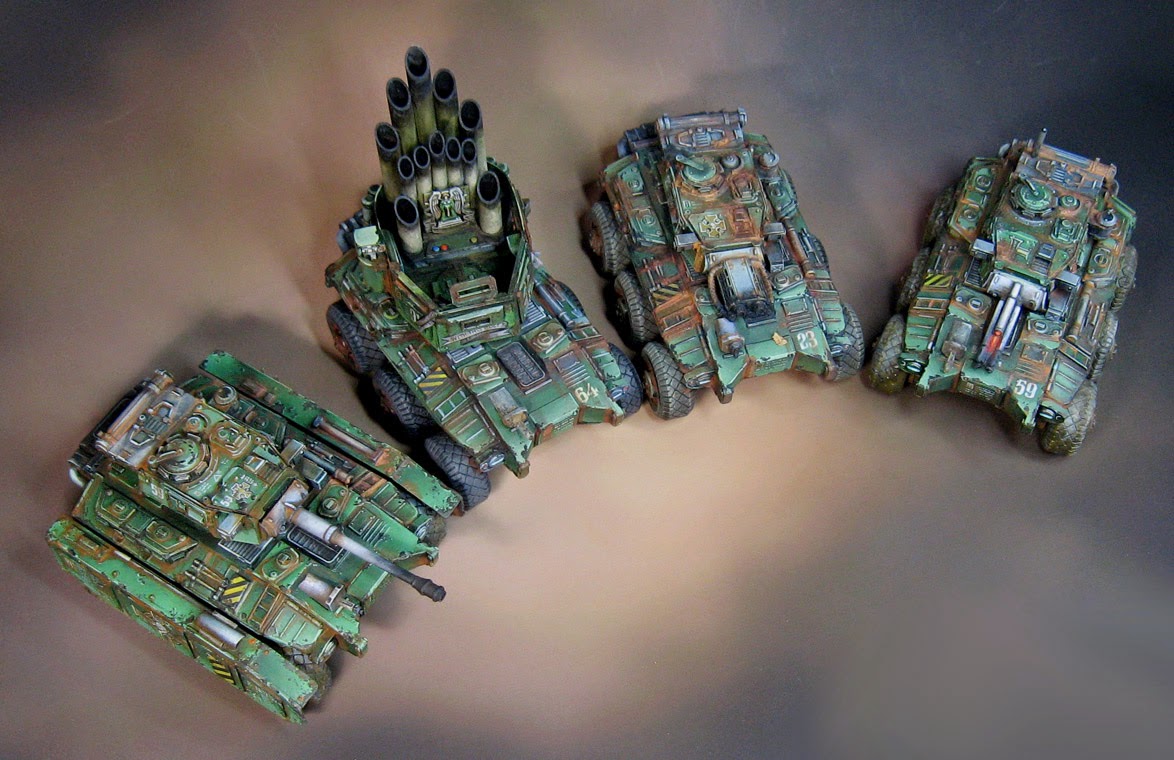