We return to Middle Earth with the angriest elves around!  Back when I was playing Lord of the Rings on a regular basis, I created the Knights of the Blood Rose.

These were elves who refused to leave Middle Earth to the race of Men.  They had been there far too long to simply shuffle off to the Grey Havens and leave it all behind.

They were also heavily engaged in warfare with the Easterlings. 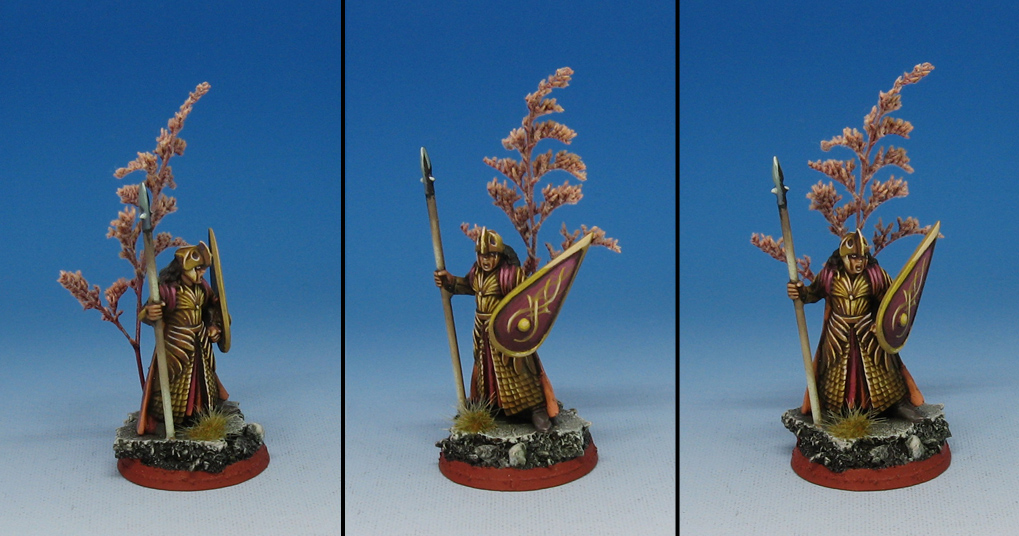 Typical LOTR tournaments of the time had you bringing both a Good and Evil army, which you would play three times each during the tournament.  This was actually a very fun format, and I enjoyed it very much!

My favorite tournament of all time was a six game LOTR bash that saw my Elves and eagles as Good, and my Easterling/Khandish alliance as my Evil.

There are a number of articles on the creation of both armies, and the army board "Fortress Falls".

I am still adding to all of it, putting in spiders and Morghul Knights on the evil side, with more eagles on the good side. 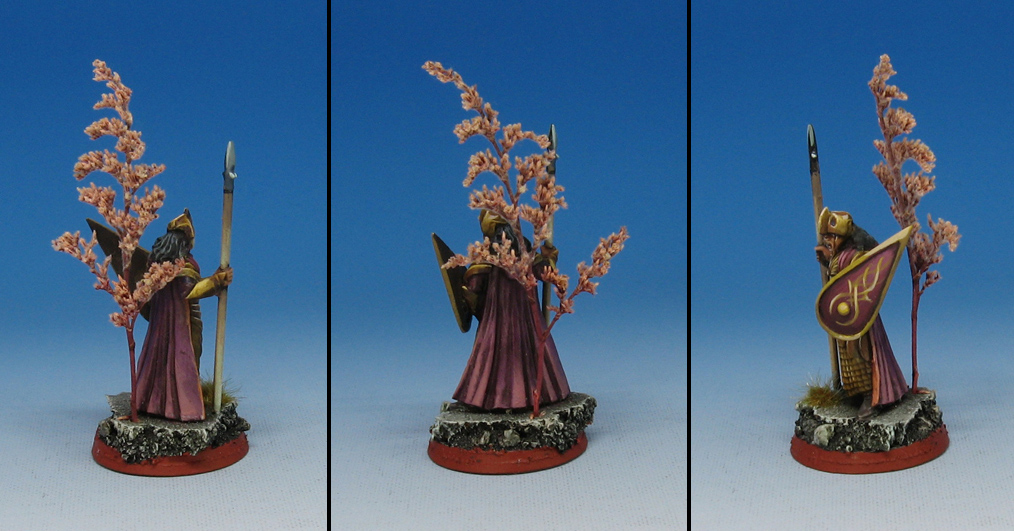 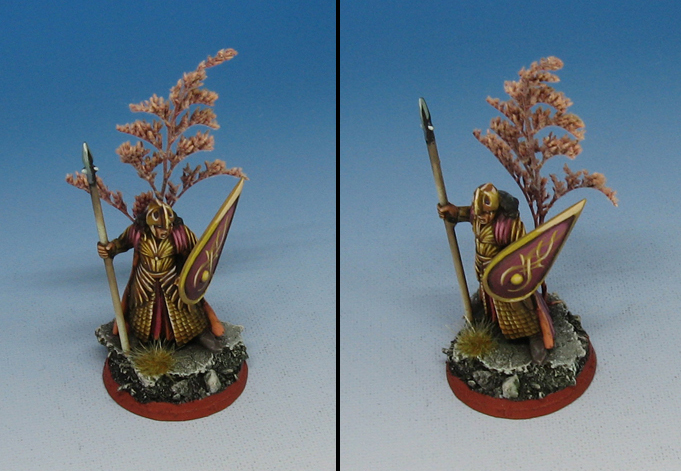 Posted by wappellious at 2:10 PM No comments:

Where it all began 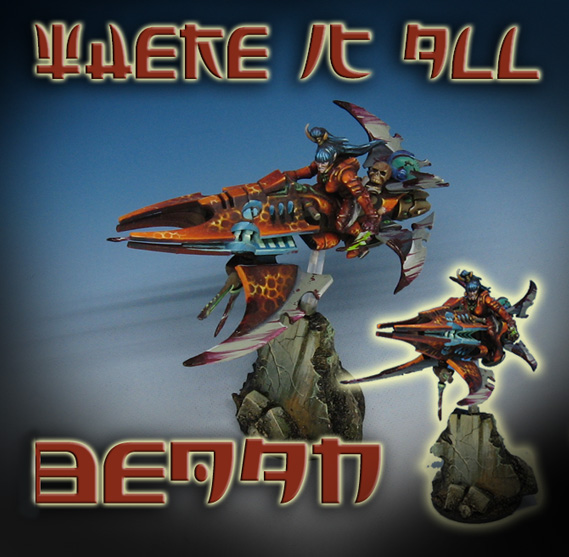 This was the first of the jetbikes to be converted for the Dark Eldar army.

Here's a peek at the initial conversion: 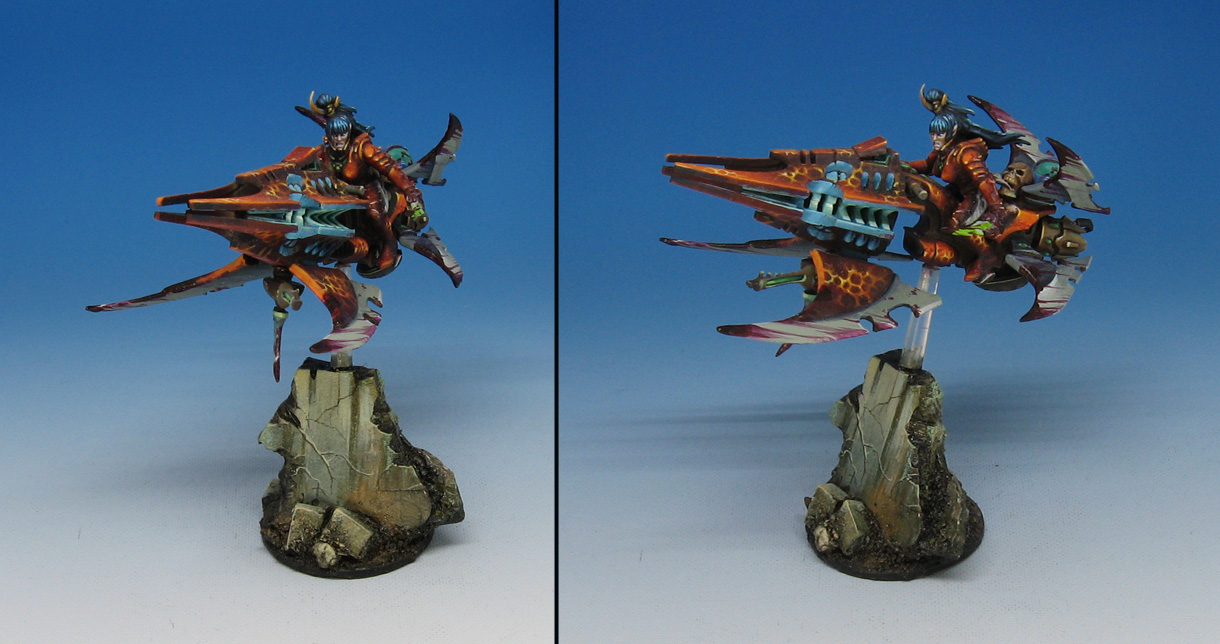 This one was the most complex of all the conversions, so it's the only one that had sculpted wings, etc.

This did make it an excellent stand out leader for the squad, however! 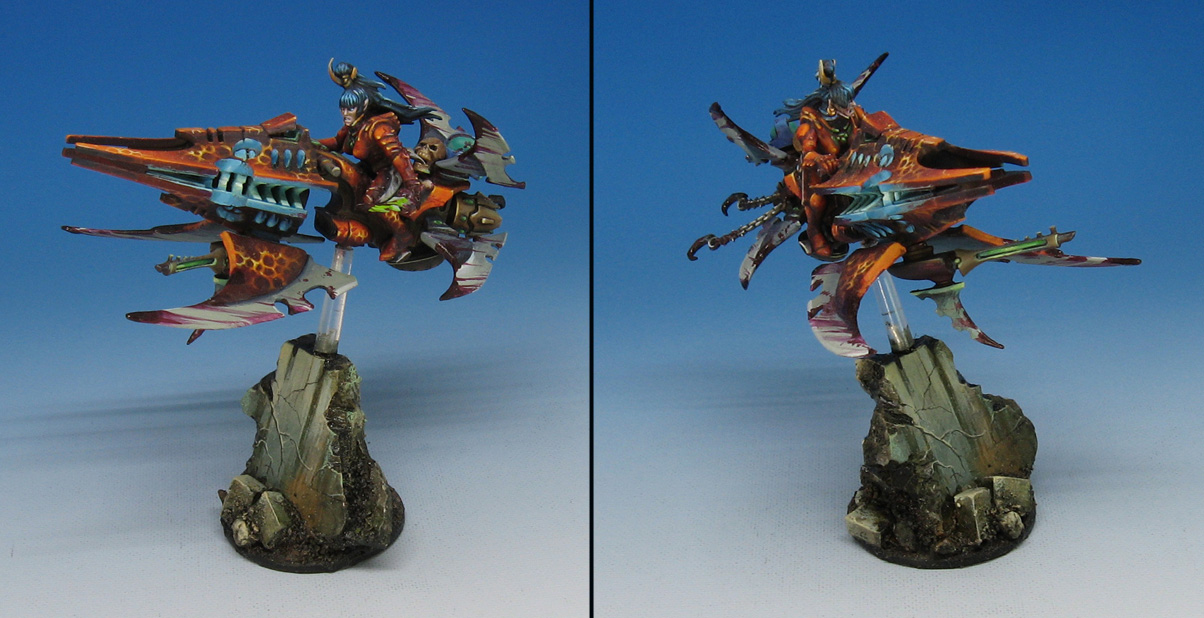 I had to make sure there was enough of the sculpey pieces on the base to act as a counterweight.  This worked perfectly once I located the center of gravity on the jetbike.

The main reason I did the extended blade vanes was to provide a nice canvas for freehand and the blood streak effects.  It certainly worked out that way!

Doubling up the hull sections also meant that I could do some nice inner glow effects.  It took some doing to get the brush into some places, but well worth it in the end. 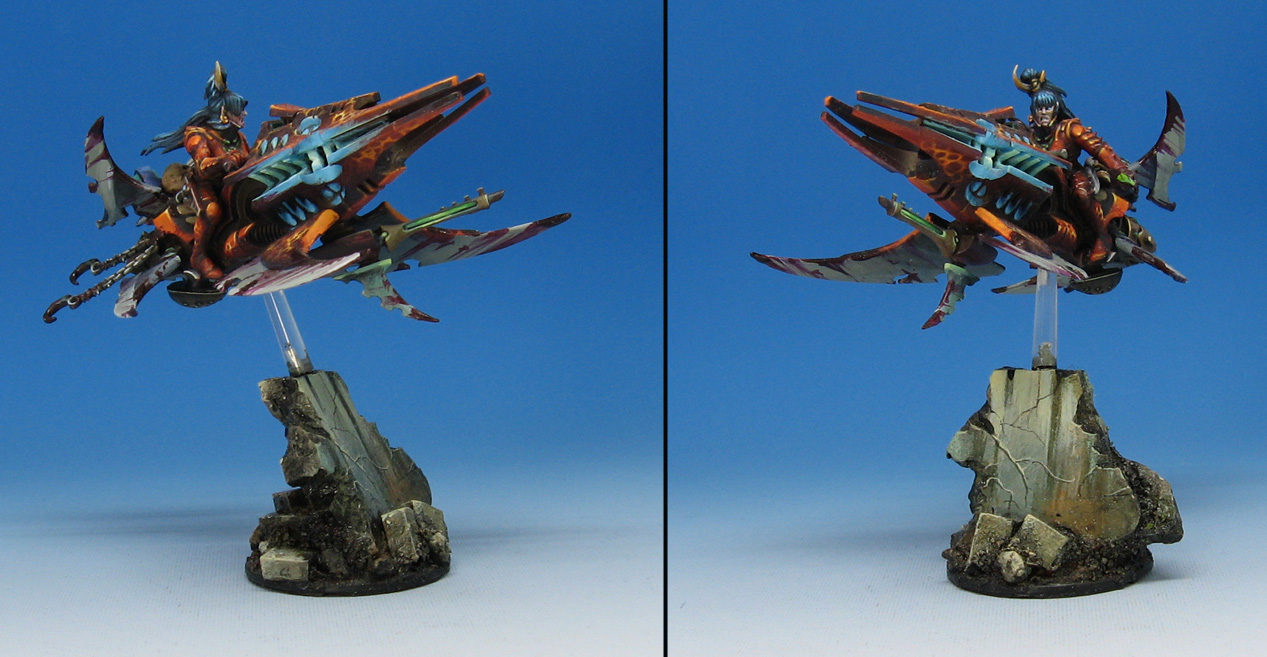