Pieces and parts, plastic and wood. 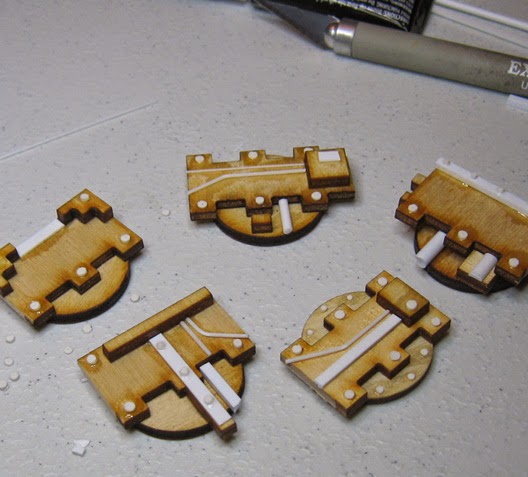 And those items... in the correct combination, can make bases!

Here's a bit of fun with some left over "punch outs" from Burn in Designs terrain. 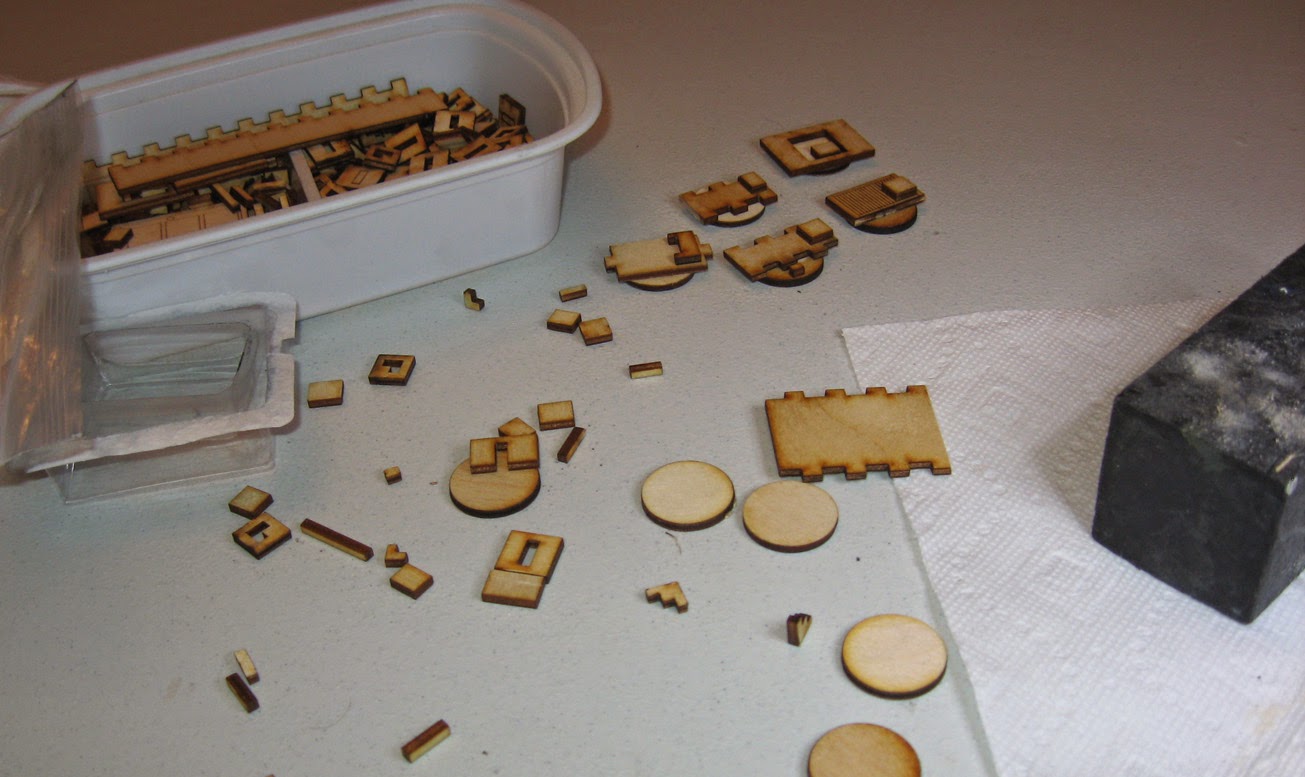 When I have to bring the studio "on the road", as I had to this week, the only things I can do effectively are prepping (the 1 inch high pile of metal, resin and plastic shavings can attest to that!) and basing.

Unfortunately, I forgot the plastic bases I was supposed to bring!  So I had to resort to using the round punch outs from the paint organizers.  They are slightly bigger than the bases I will be attaching them to, but I would normally be using a sculpey chunk for this part anyway!

It was worth a try to see what would happen. 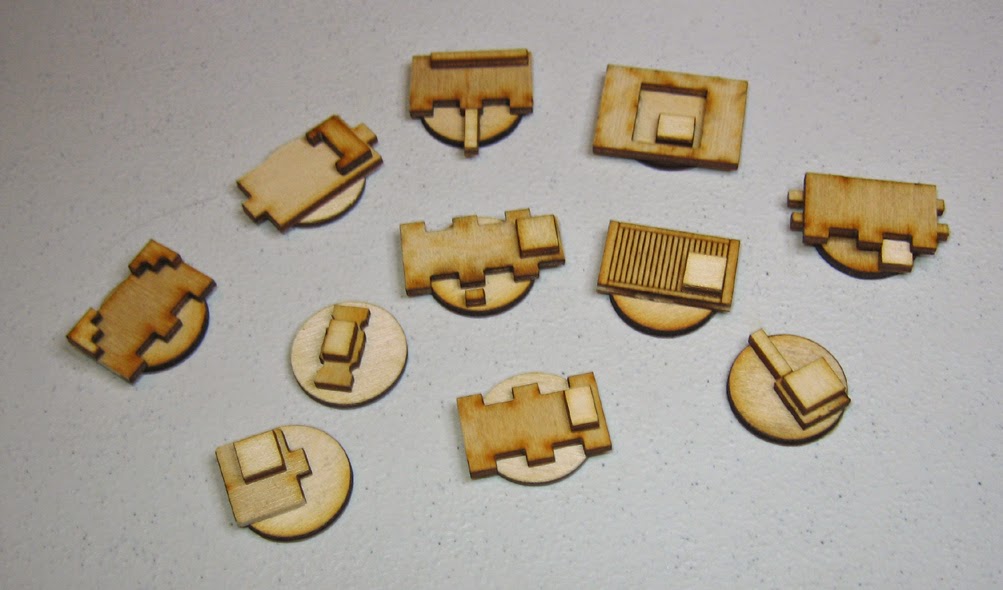 After creating several possible designs, I broke out my "Sci-Fi/Steampunk" basing kit.

Yes, I now must have one, or even two, containers for each type of basing project! 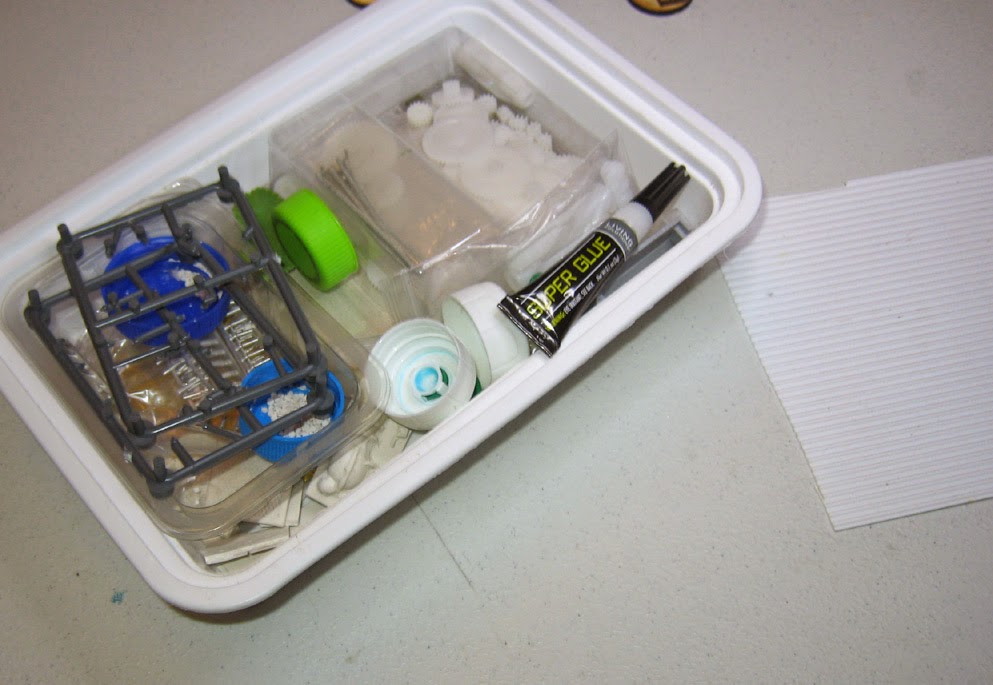 This is a look at most of what's inside.  Plastic gears, my home made rivets, plasticard texture, and even some Happy Seppuku moulds! 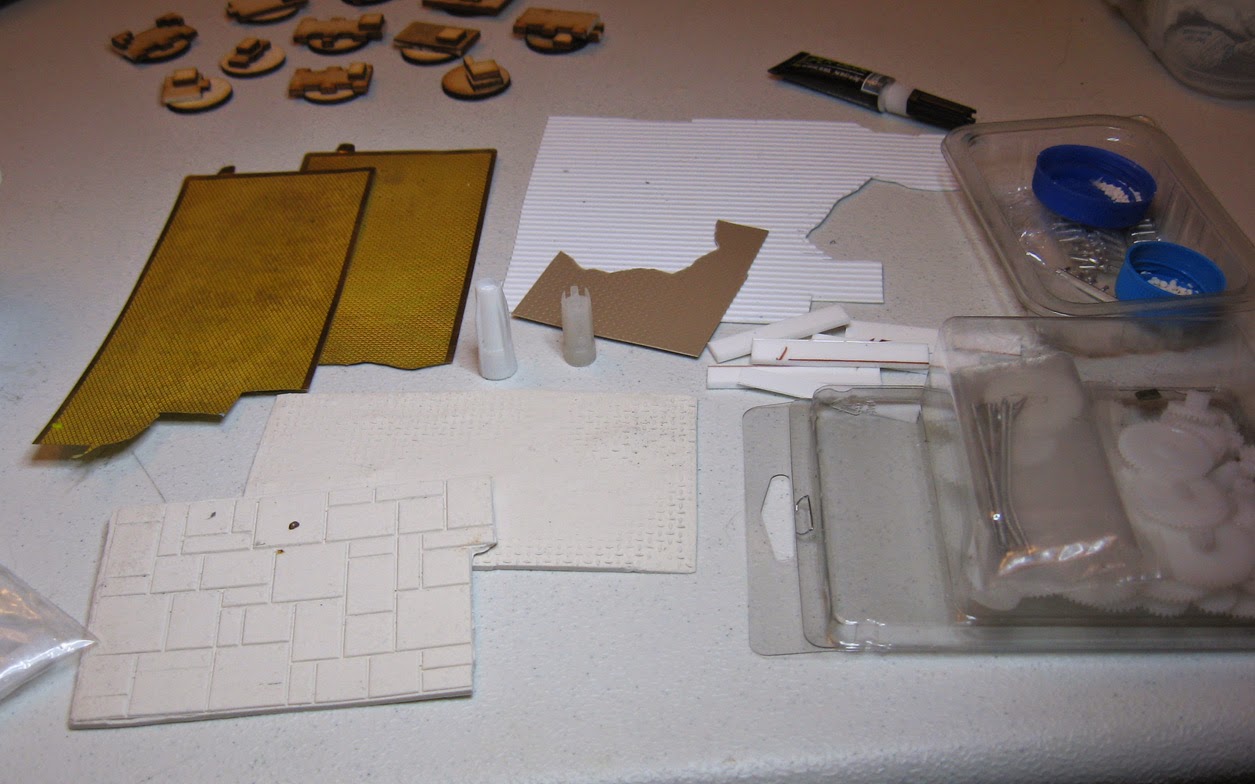 Here's a closer look at those textures, including the brass etched sheets.  Those are usually save for bases that I am casting, so I can get an incredible amount of use from one very expensive sheet. 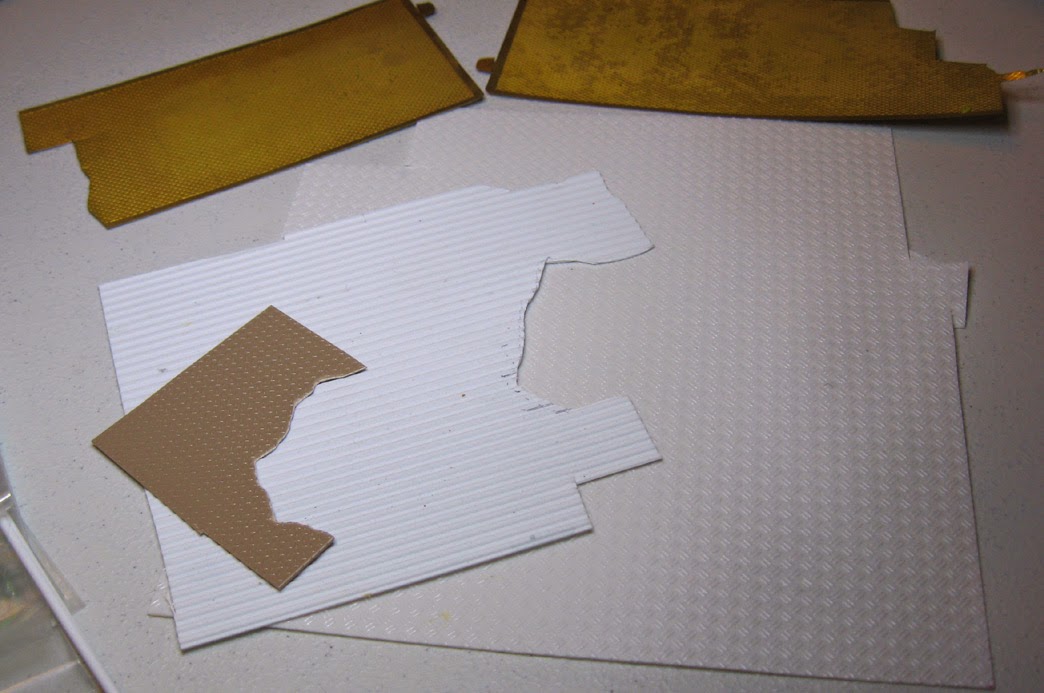 This is my collection of polystyrene tubes.  Half rounds, squares, flats, and much more.  I have a number of other basing articles that show how to use these materials. 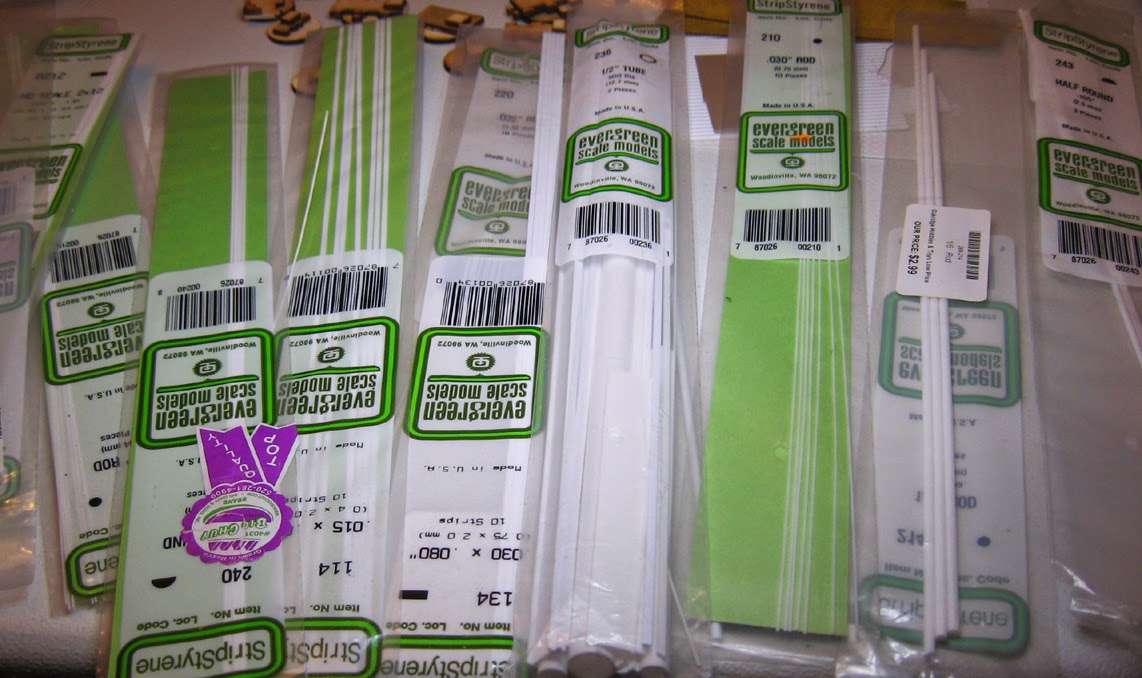 At this point, I started to glue a number of the polystyrene tubings to the wooden bases. 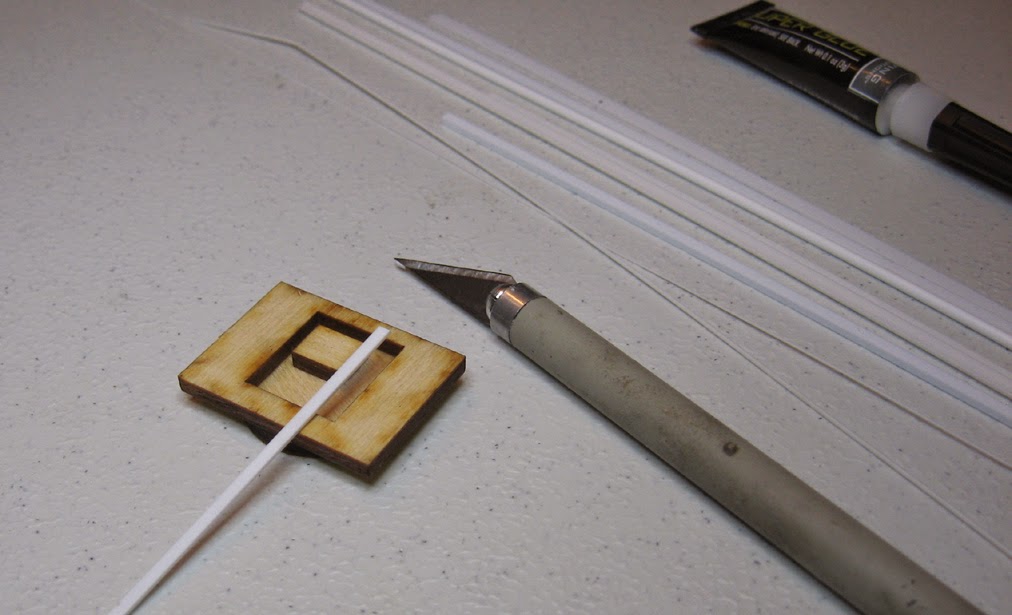 I added some "conduits" to the cutout area, which always looks neat!

I then trimmed the upper edges with some flat polystyrene, and added my sculpey rivets.

Shifting to the rest of the bases, I gave them a similar treatment.  There were no specific miniatures in mind, as these were more experimental than anything else.

I might even play around with some TMM on these.  Who knows! 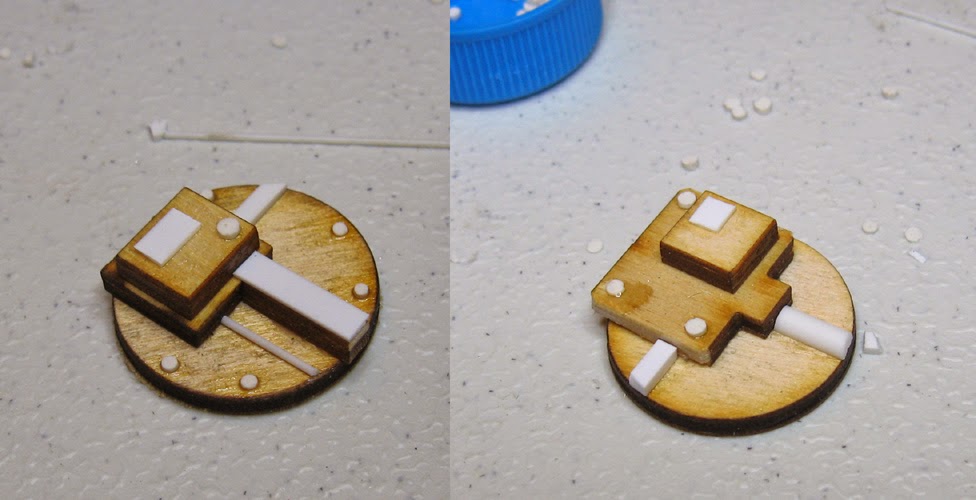 These designs were intended for my Wild West Exodus Union figures, but it is also possible that they could be used for 40k 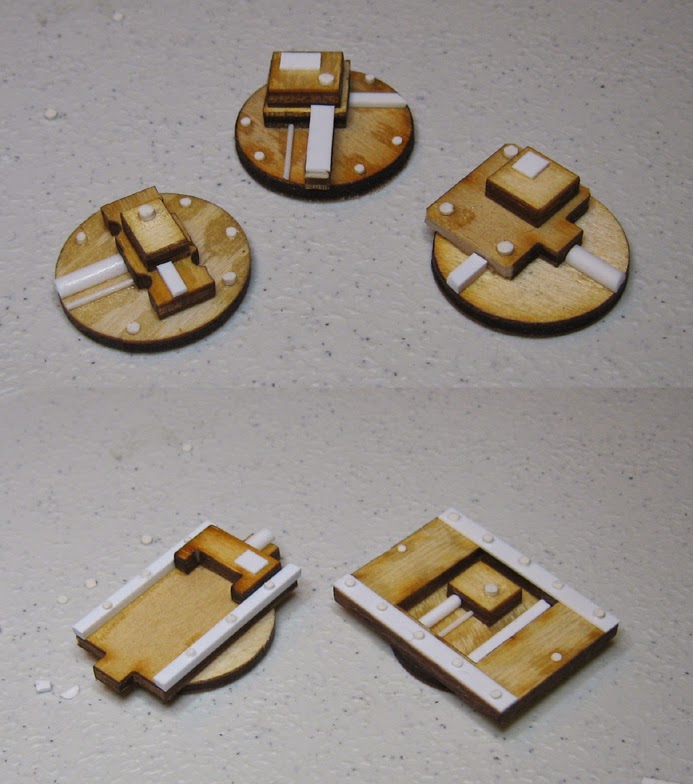 More designs!  These have a wider footprint, which is important for some of the WWX figures. 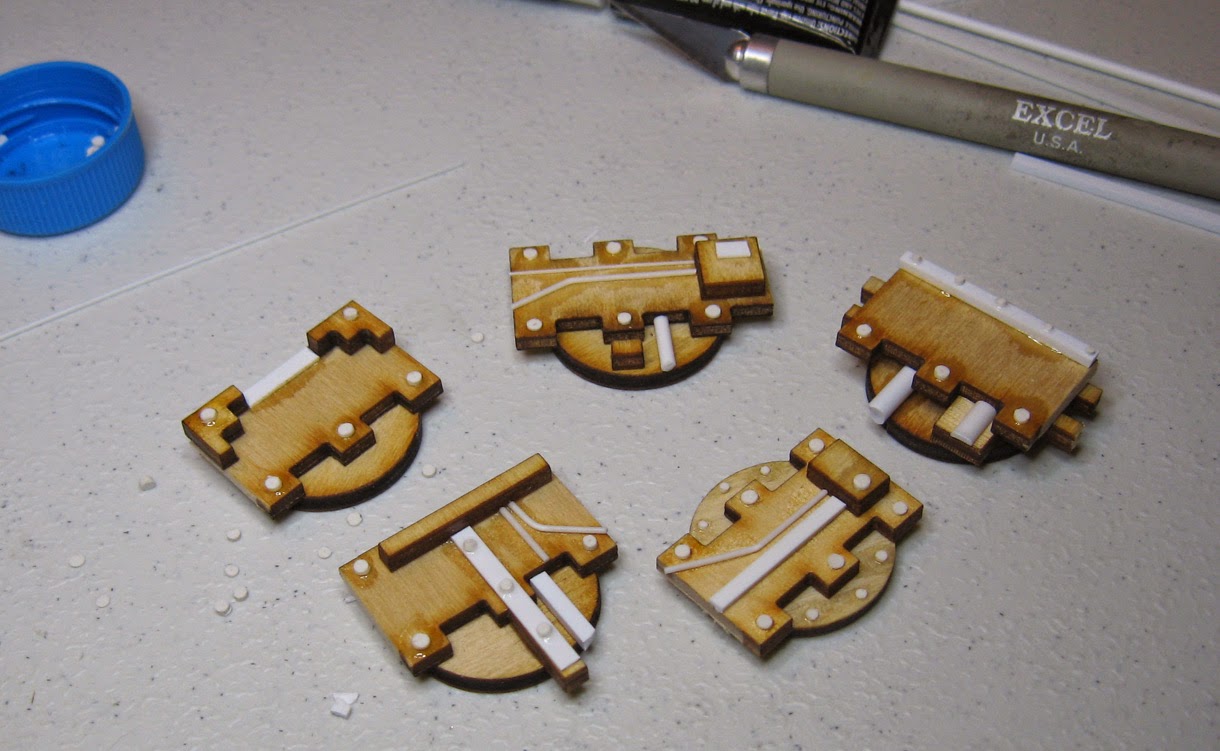 Lookie here!  Almost a dozen bases in no time at all!

I will be experimenting with my new "Primer Red" brush on primer.  Stay tuned!!! 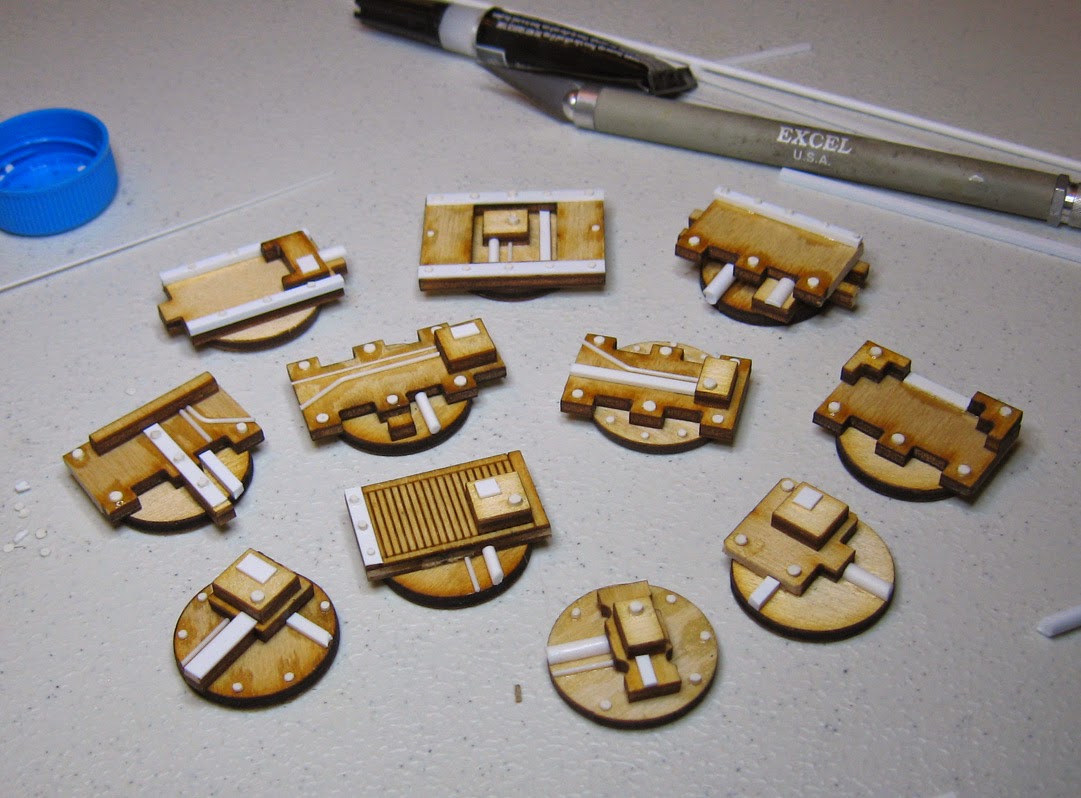 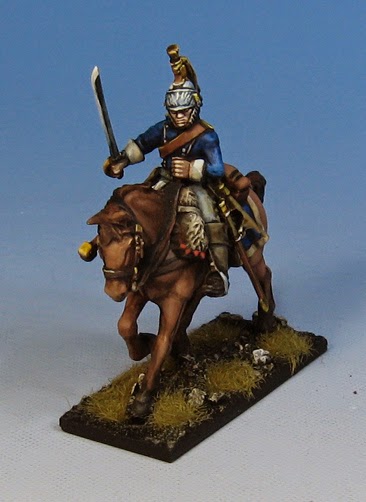 Another horsie for you... this time, a little lighter.  It's probably the lightest of the brown colors that I did.

Posted by wappellious at 5:59 AM 6 comments: