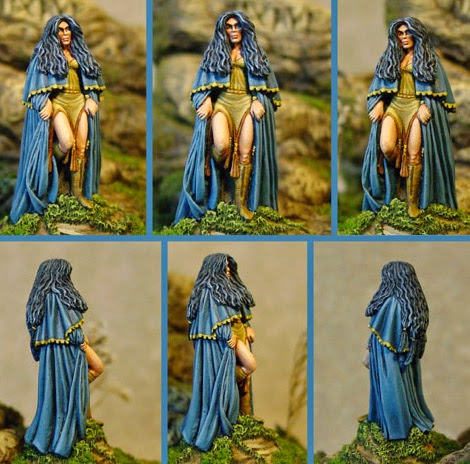 Time for some close ups!

Here's a few close in shots for you.  They are kind of fun, since the focal point of the camera blurs the background a bit, making the mini come forward even more. :-) 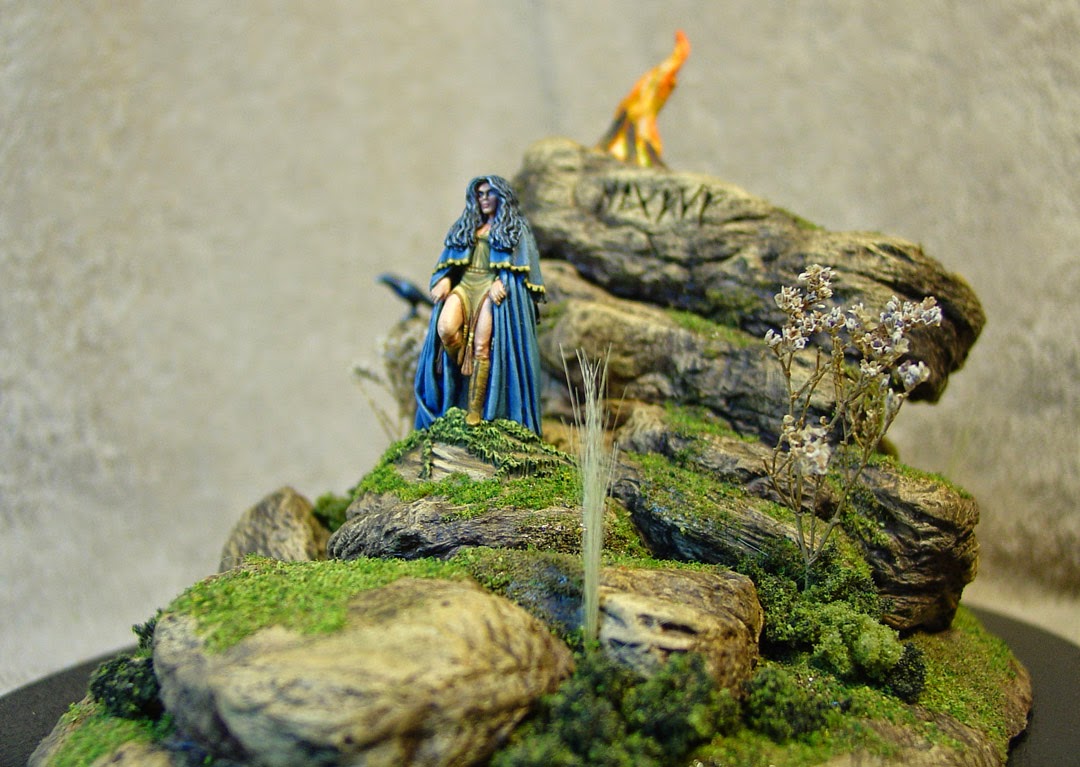 Fire!  I wish I knew about fluorescent paints at the time, but it's possible Vallejo was not making them yet... 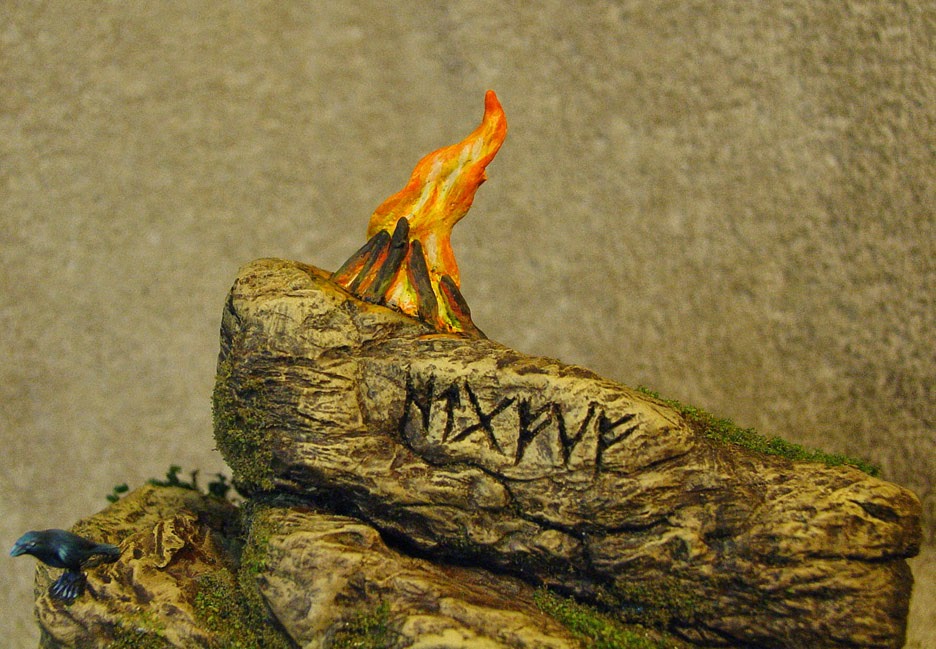 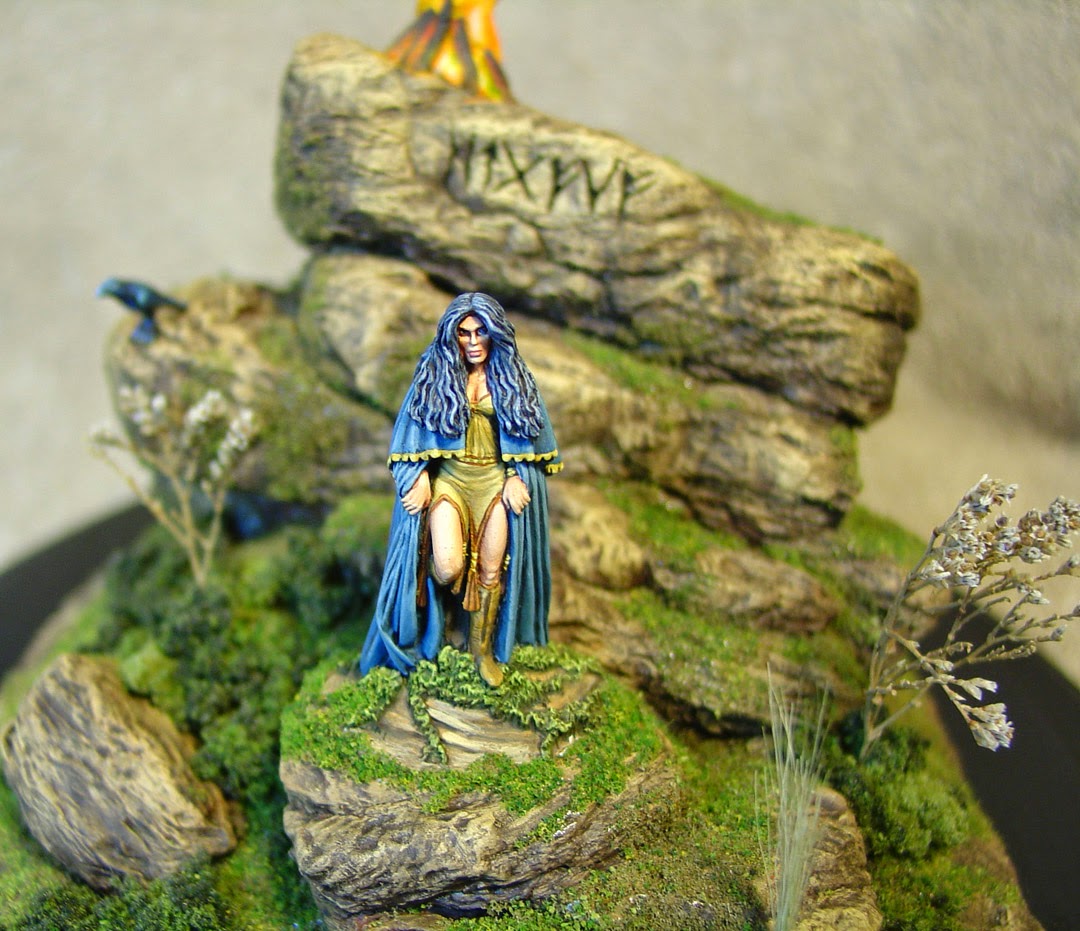 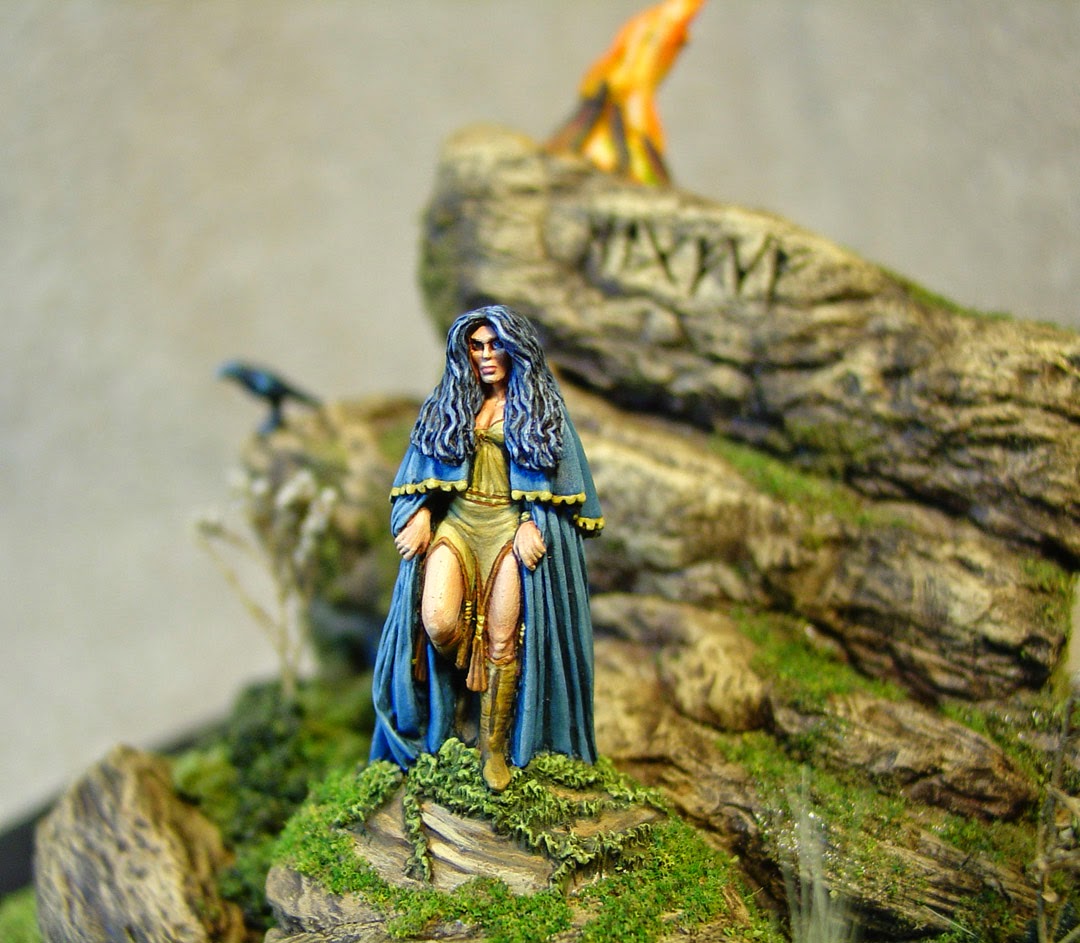 She surveys the landscape... 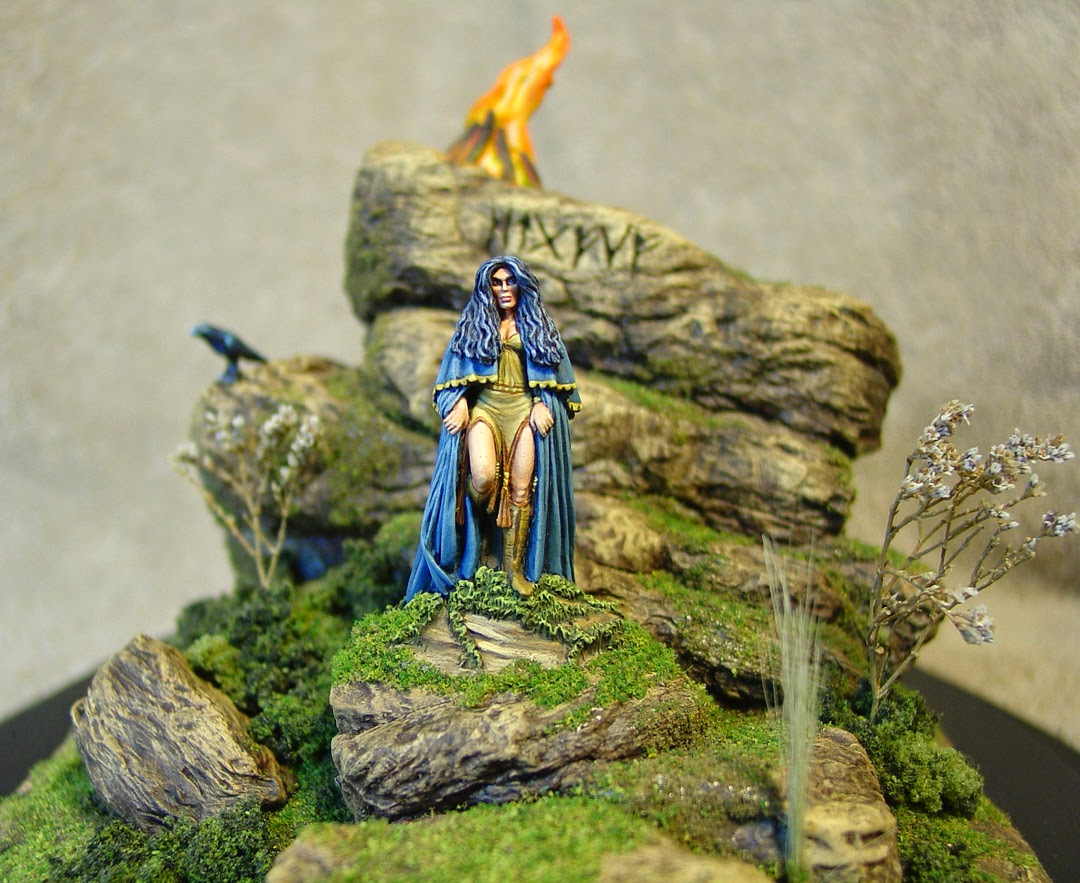 A few images of the miniature itself.

It took a little bit of jiggering to get it just in the right spot...

But there she stands! 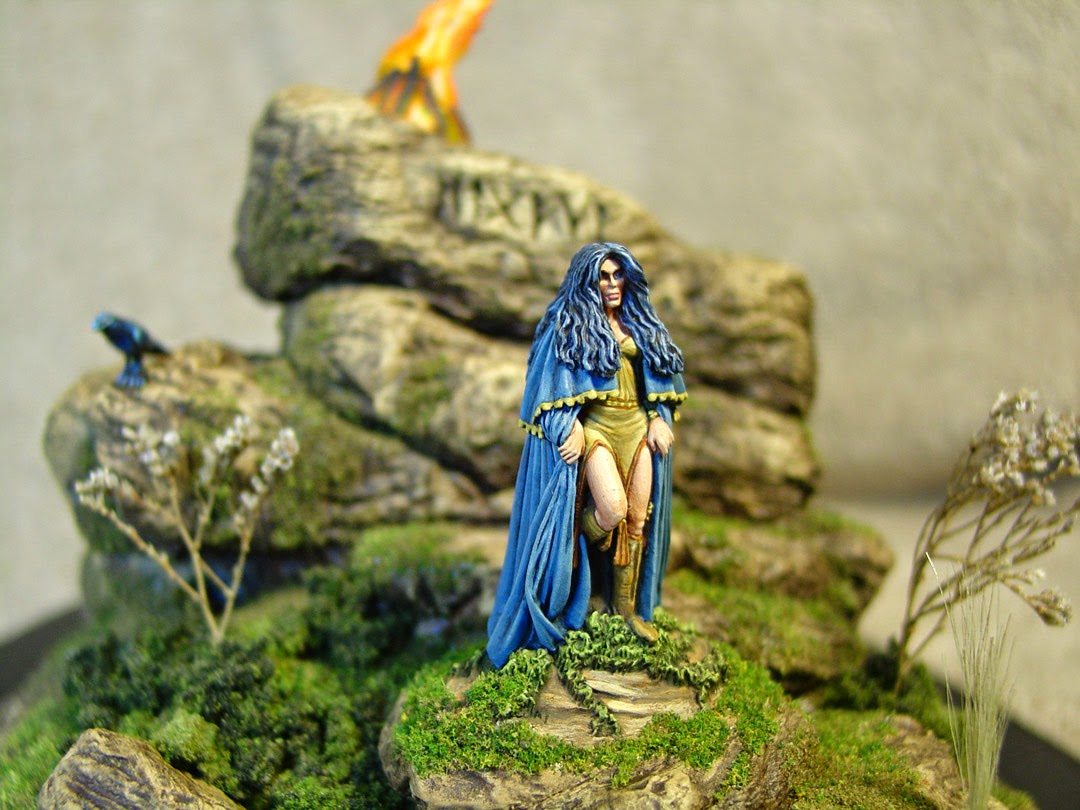 Somewhere I have a shot of the little raven than I sculpted.  Can't find that just yet... 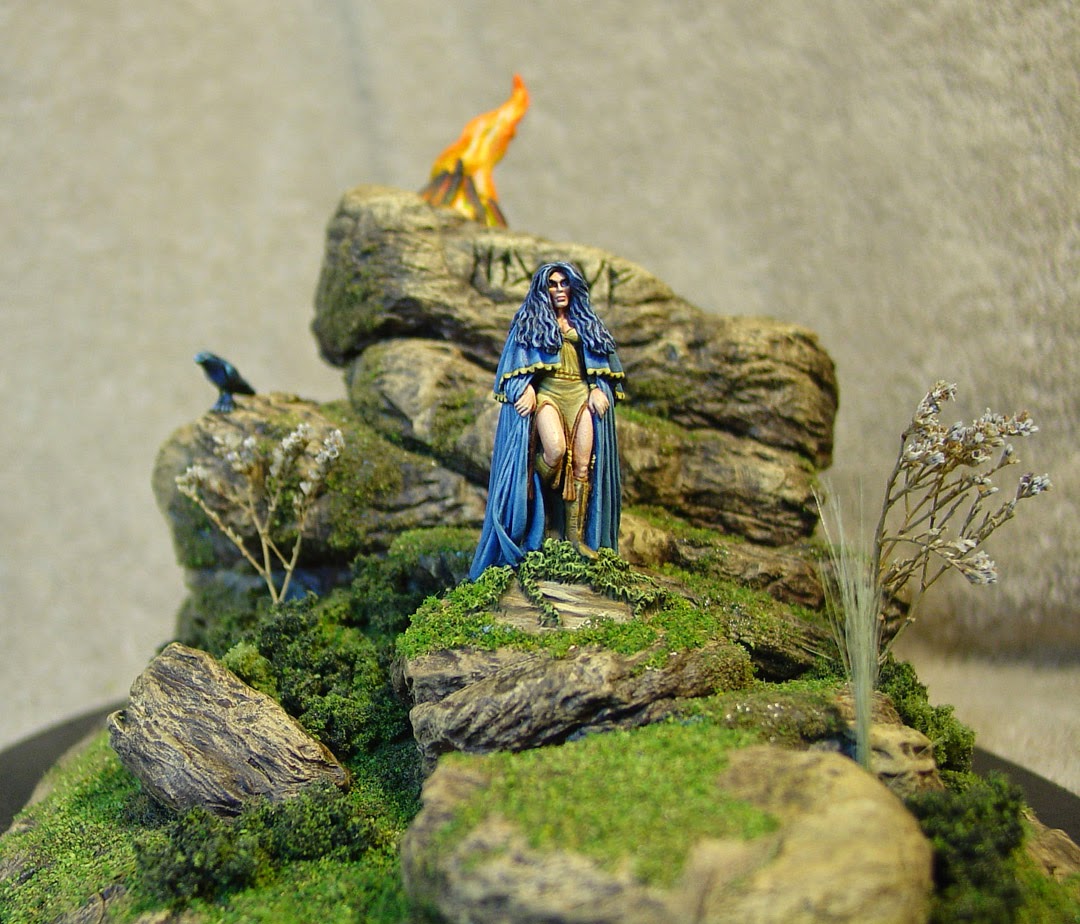 Posted by wappellious at 9:52 PM No comments:

The Ravages of war 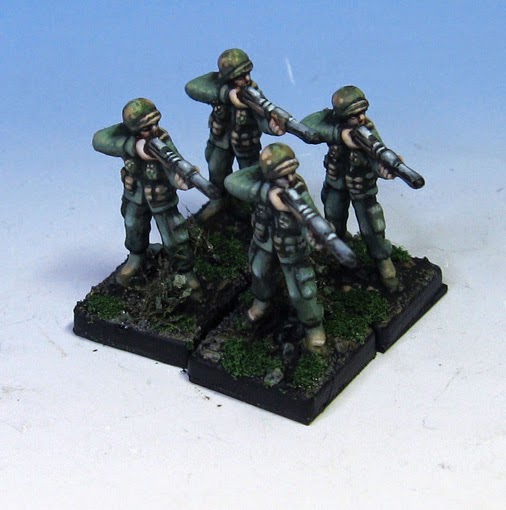 A while back I did a quick experiment to see what kind of colors I might want to use on the Marine version of the U.S. Memoir '44 figures.  I went with the lighter green uniforms, and the camo helmets.

I am going to try out a few different schemes.  That will be a bit less monotonous, and give us some fun variety for Western Front and Mediterranean Theatre as well.

I will work up at least two units in some kind of overall camo, so that they could be designated as special units.

Here are some potential Gurka figs, which would work as British units in either Med or Pacific theatres. 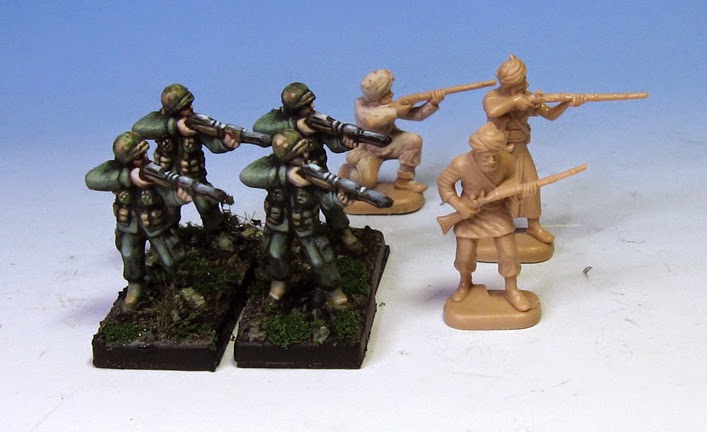 This just rolled across my facebook feed, courtesy of Elizabeth (that's her winning Rivet Wars diorama on the bottom).  From the pages of Ravage Magazine...

This is their Crystal Brush competition coverage, which shows that the Tomb Kings can actually win at something!!! Yea!!! 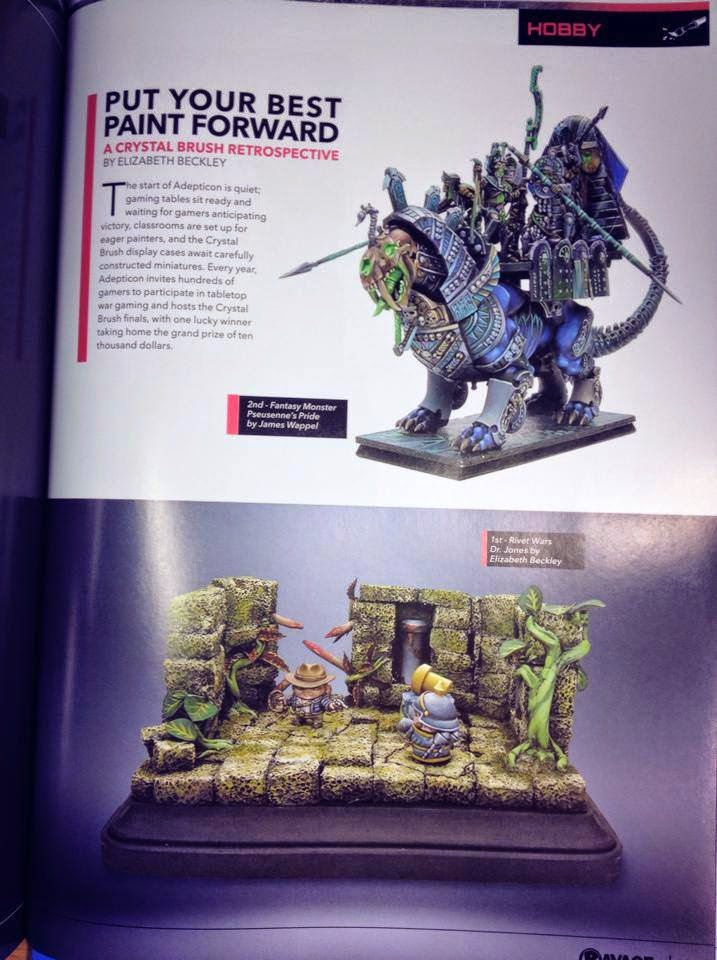 Posted by wappellious at 8:20 AM 2 comments: