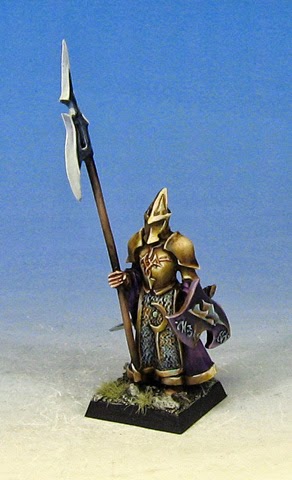 Here are some Dark Elf Halberdiers that I painted a few years ago for CoolMiniorNot.  These are metal figures from Gamezone.

They are a bit of work to prep, but do make a nice change from the usual GW suspects.

The Cold One riders were a huge challenge, that's for sure.

I think I saw somewhere that these guys are now available in plastic.

Anyway, lots of work to do today, so that's why it is another Blast from the Past! 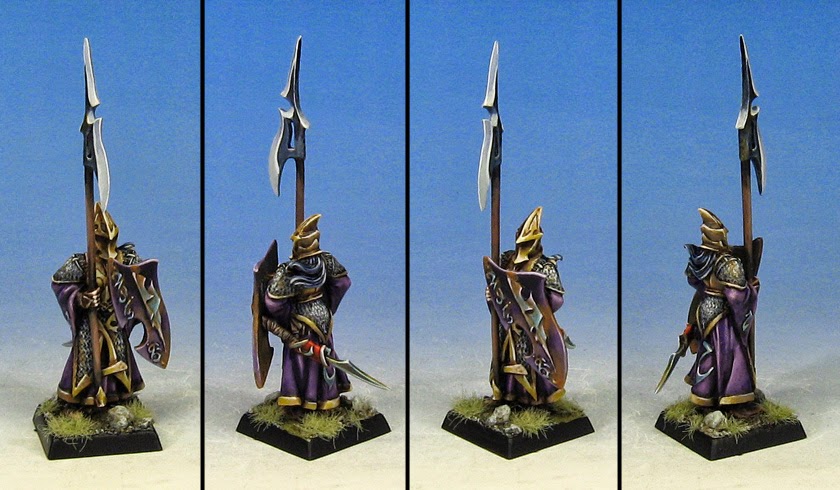 There is some exciting news on the painting front.  It looks like I will be getting back into airbrushes for the first time in many years. In fact, my airbrush equipment was so old (some of it over 16 years) that most of it had corroded or generally become useless.  This had really bummed me out, but all that is about to change! 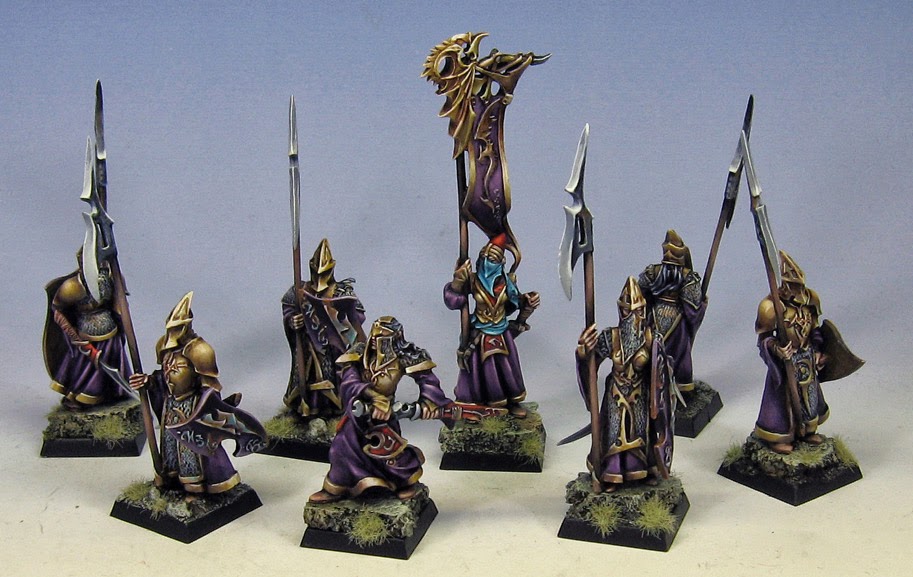 Stay tuned!  Over the coming year, I will be trying that out on all kinds of projects. 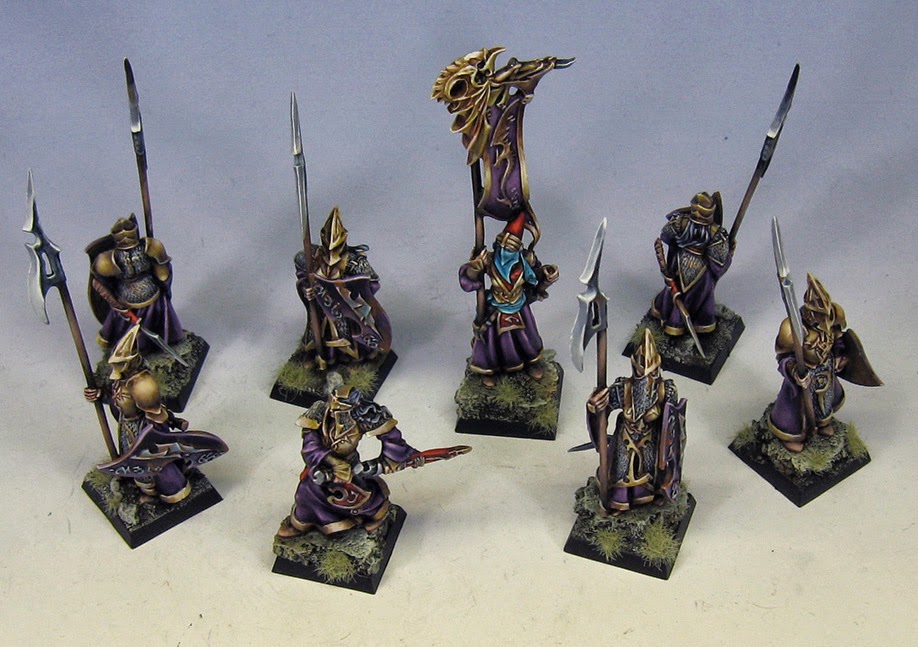 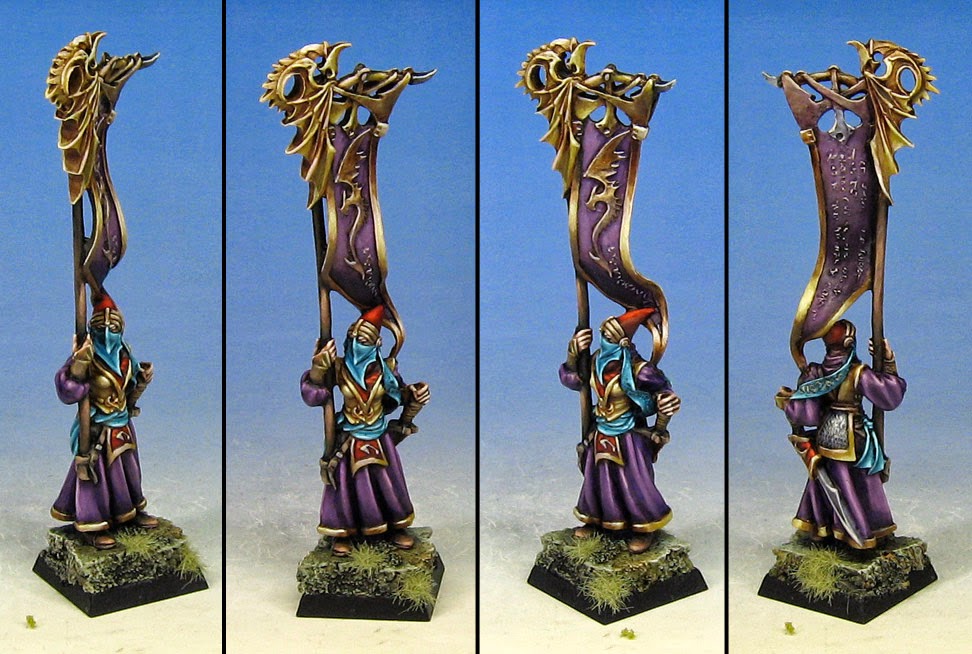 Posted by wappellious at 5:06 PM 2 comments:

Every Ship needs a Captain... or a Colonel 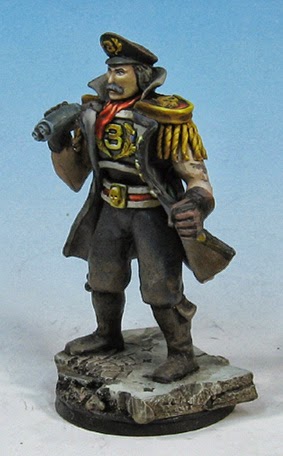 Ah, here we go.  The fearless commander of the Angel of Dominance... otherwise known as Colonel Zeke.

This was something that I sculpted in an afternoon to get ready for one of our Inquisitor RPG sessions.

Zeke's first vehicle was a Sentinel.  He was quickly promoted to Squad leader when he was the only one who managed not to crash his Sentinel into the barracks. 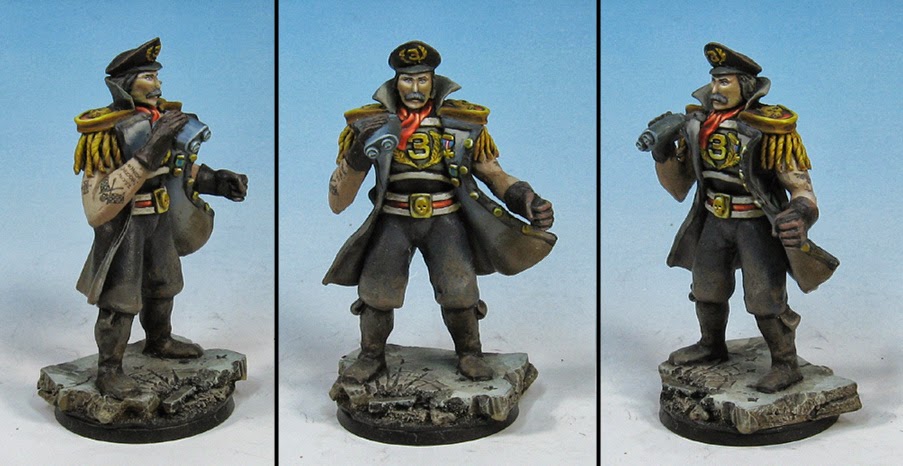 Next, Zeke was transferred to the Tiny Dancer, a Chimera transport which was covered in sequins.  His job was to entice anxious Ogryn into the "Shiny box", telling them that it was part of a magic trick.  needless to say, it never ended well.

As luck would have it, Zeke was promoted to platoon leader of a squad of Griffon tanks.  Since there was a shortage in artillery vehicles, his was the only unpainted Griffon, and nobody wanted to be near this bright red primered target!  However, when the front line was breached by a mass of angry Orks, the rest of the Griffons were promptly destroyed by the oncoming horde.

When the orks caught sight of his red Griffon, they seemed to shout something along the lines of "Go Fastah!!!!" and continued on their rampage, wiping out the rest of the Imperial units in the battle.

As the sole survivor of this battle, Zeke was promoted once again to command the Angel of Dominance. 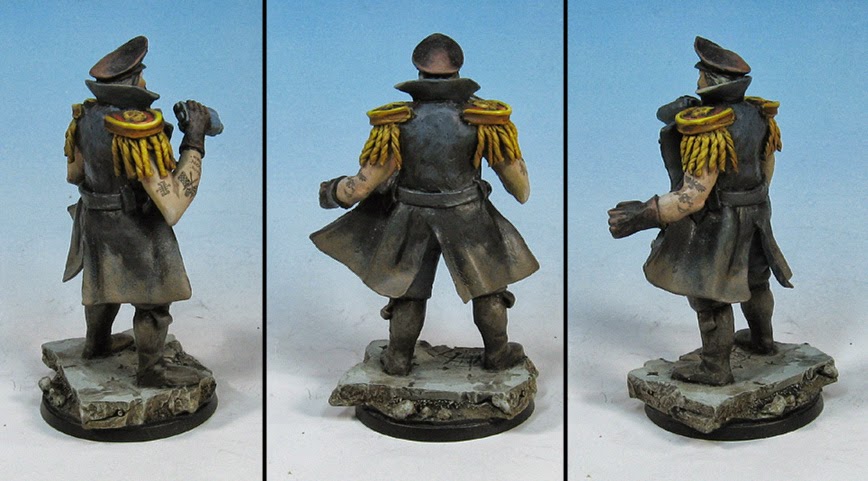 Aside from blowing away enemies of the Imperium with the Angel's significant firepower, The Colonel is interested in three things.  Drinkin', Racin', and Shootin' (not necessarily in that order), as can be seen by his tattoos.

He believes in the right to Bare Arms, although he is frequently cited for being "out of uniform".  The Colonel is not fond of Space marines, who he refers to as overgrown test tube babies.  He says they are undersexed and overdressed. 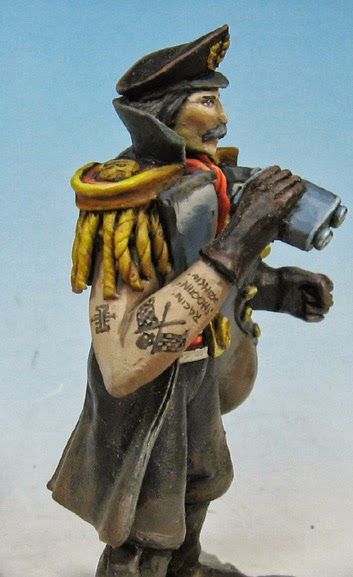 Posted by wappellious at 2:30 AM 8 comments: