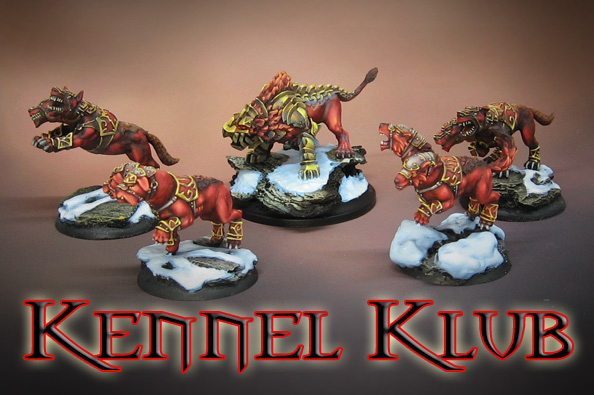 This set of doggies had an interesting juxtaposition of colors and tones, balancing the deep reds, golds and blueish tint of the snow. 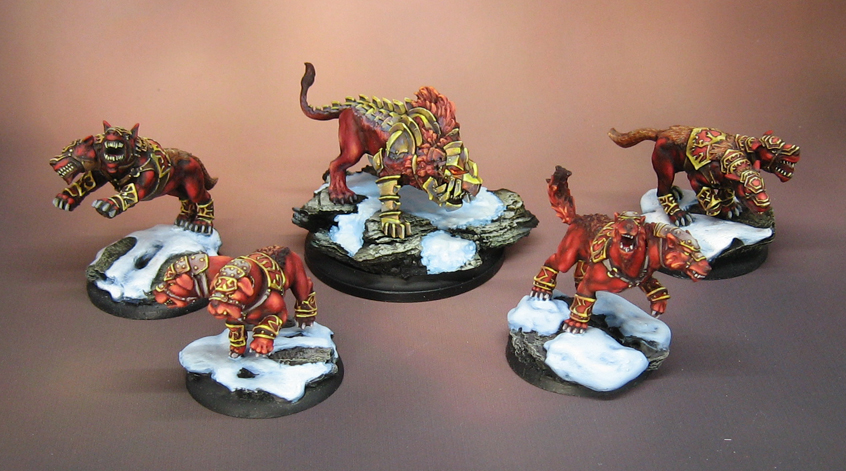 These had to match some previously painted units, which emphasized the hell hound theme.

I had to draw on a number of the techniques that I describe in a few of my painting videos, especially the Raging Reds and Painting Gold NMM.  It seems that people have a lot of trouble with reds, both making them lighter and darker.

Making them darker by adding a very deep blue helps to keep them from becoming a 'dead' brownish red.  This also sets up your lighter version of the reds, where yellows are used to lighten it.  The yellows keep the reds from becoming a chalky pink, and now that warmer tone is set against the 'cooler' shadow reds. 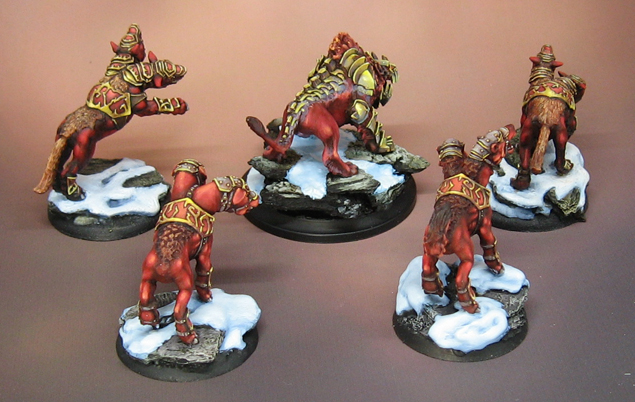 The bright yellowish golds are handy for accentuating the darker reds, and form even more of a contrast to the darker blues that were added to the reds for shading. 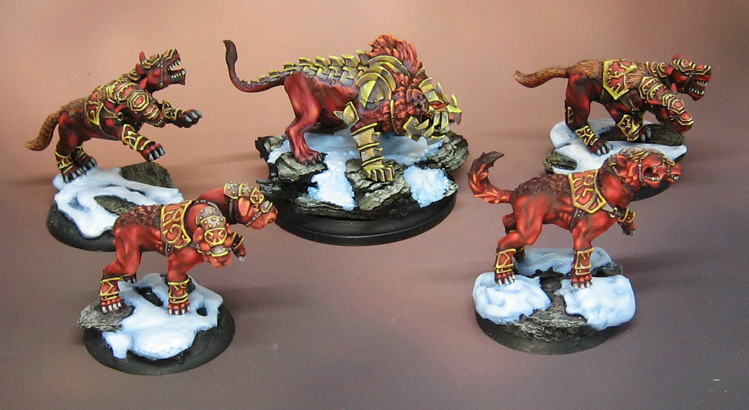 Finally, the lightest, blueish snow helped to make the reds seem even warmer, but still there is a hint of commonality in the colors, since blues were added into the shadow parts of the red. 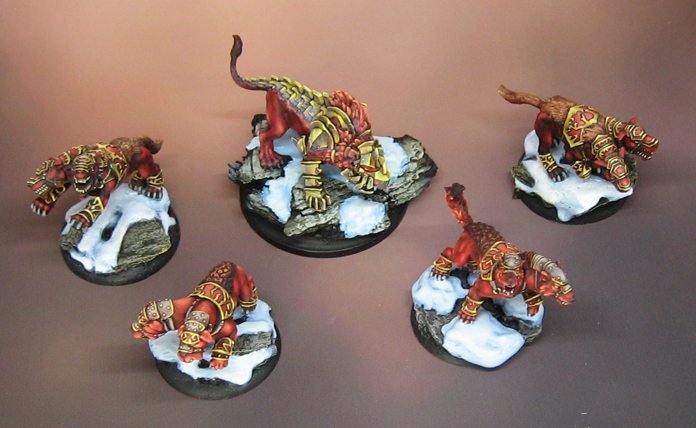 This was certainly an interesting set of figures to work on!  If you are interested in the videos that I mentioned, you can get those directly from me on a USB drive.  I have many other colors that are covered as well, along with several NMM videos and lots of basing too!