Getting ready for Chaos... 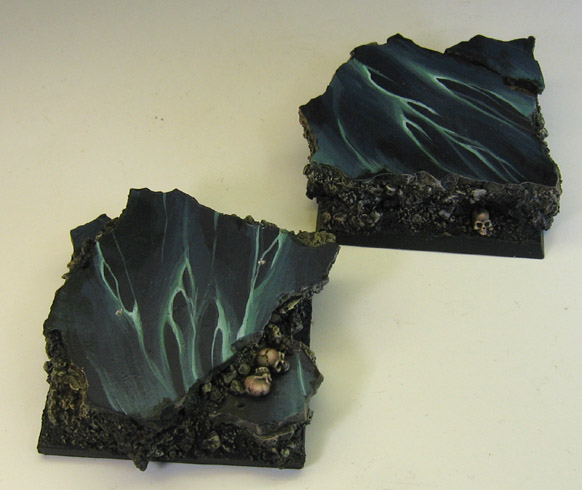 As the clean up and repairs continue after the storms, we have the finished images of the 50mm bases. 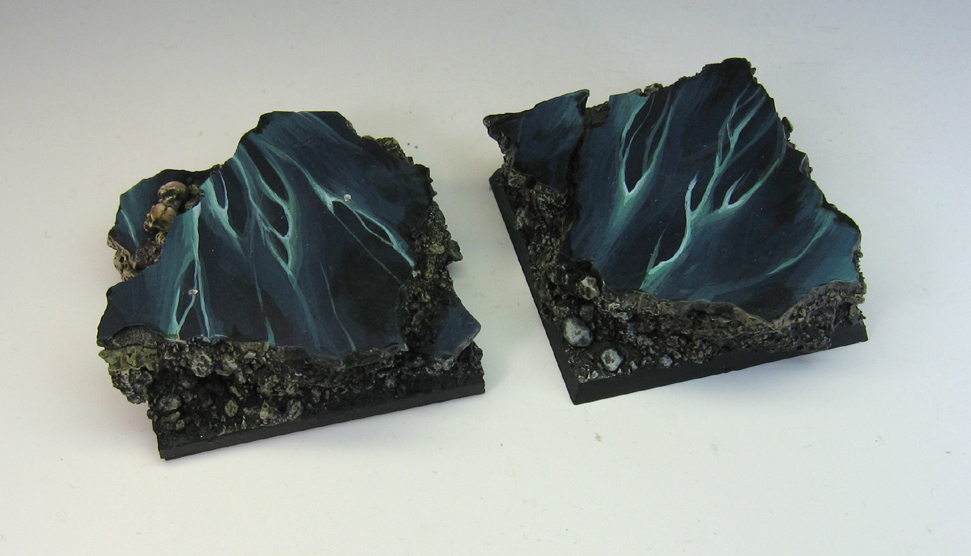 I kept the colors on the cooler side, since the flesh tones will have a reddish look.  The armor will also be on the warmer side.  I was hoping to use the cooler colors of the base as a foil for the interior of the demon wings.  Trust me, you will see what the heck i am talking about when the first demon pictures are shown. :-) 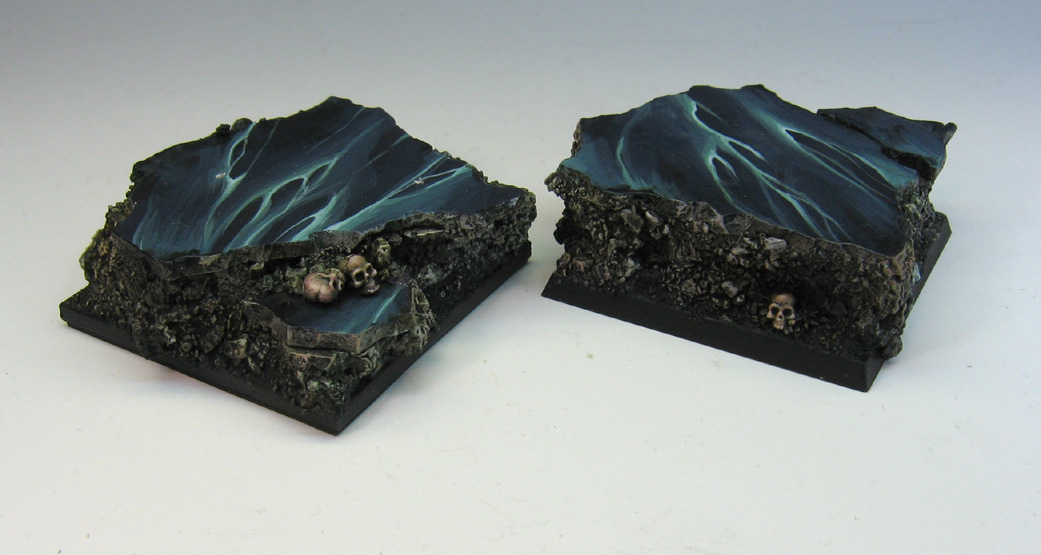 It was fun to paint these bases.  I will be doing the same scheme on the bases for the Raging Heroes Blood Vestals. 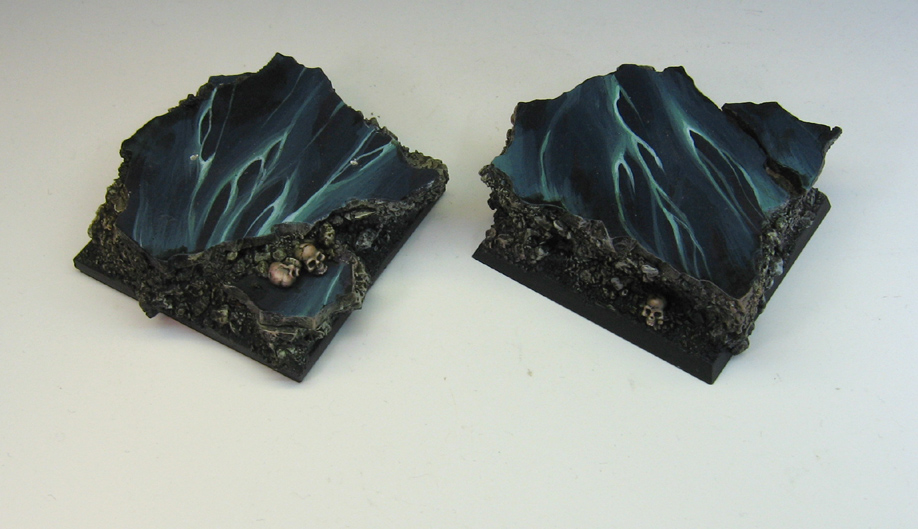 And now for a nice image of the beasties!  This is the new Demon Prince from Ultraforge.  You saw an "unboxing" post on him a while back.  That showed how easily he went together. 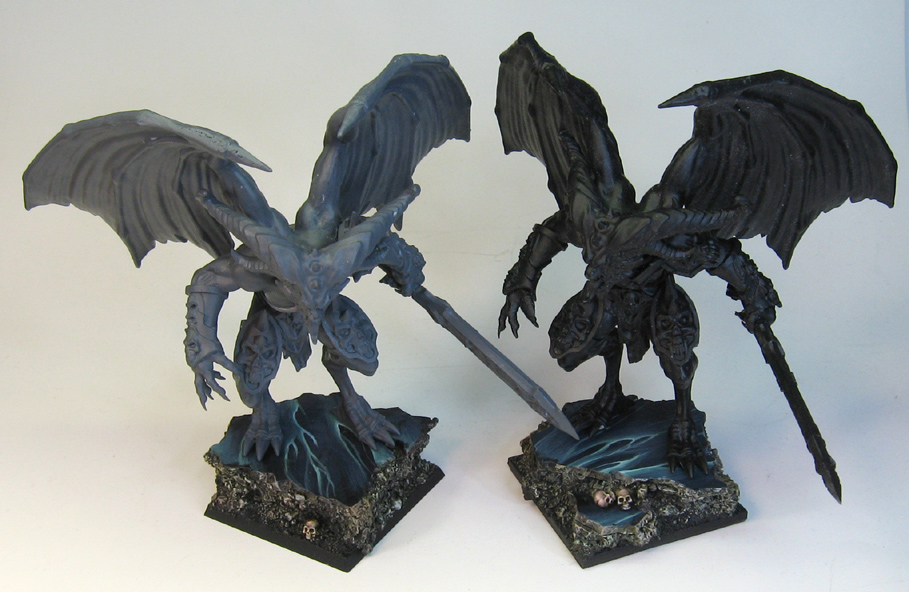 While these types of marble bases are relatively simple, they give a very solid footprint anchor for big guys such as these.  It holds them very well with a pin in each foot! 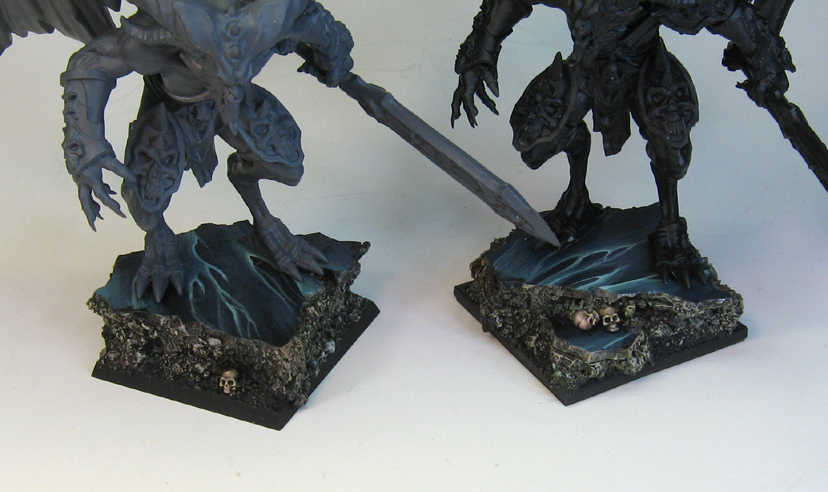 Well, looks like someone found the new box of Fruity Cheerios.  I hope they leave some for me! 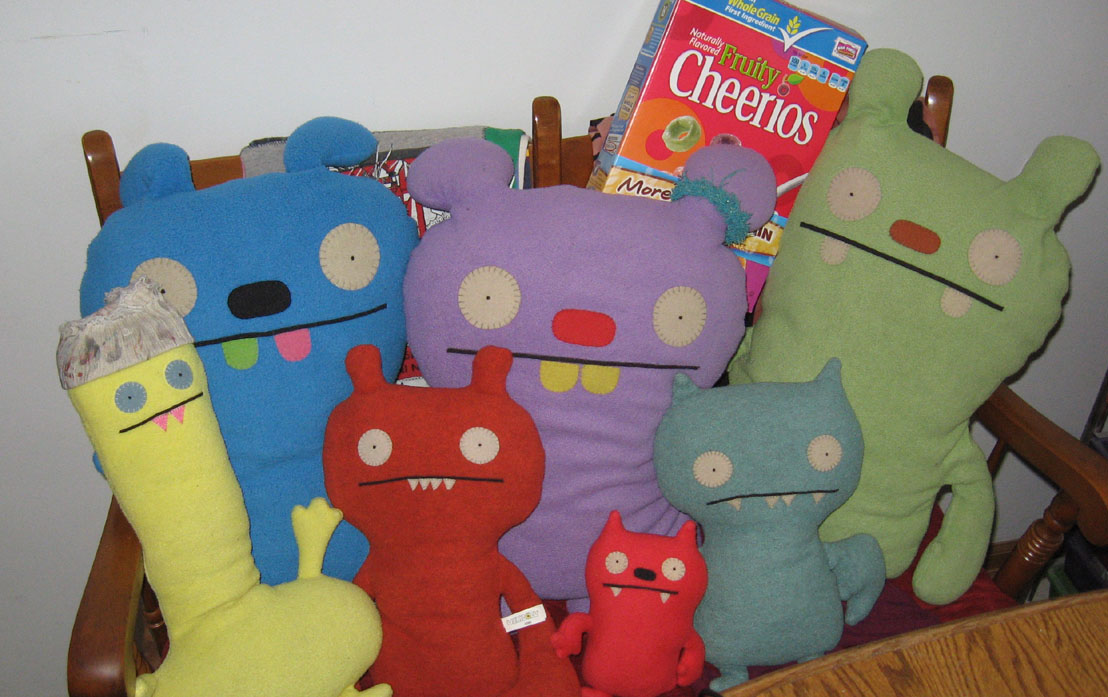 Posted by wappellious at 9:34 PM 4 comments: 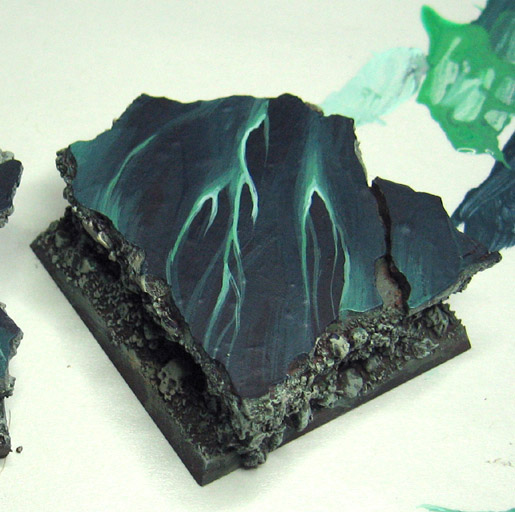 Well, my plans for last night changed rapidly when water decided to find a whole new way into the house.  Nothing of value was messed up, but it was a huge mess to clean, and that clean up continues.  So, it has done a number on my work schedule!

Here are some 50mm bases for the Ultraforge Demon Prince that is being used for the "Painting Demon Flesh" video.  It started out as the usual cork and baked sculpey, with a few Secret Weapon skulls added as well.

The first coat of paint was that brown craft paint which I first used on the big Basilica Canus army board.  That stuff is perfect for the initial layer on super absorbent surfaces such as the cork and sculpey!

I mixed in a greenish grey to get a color shift away from the brown... 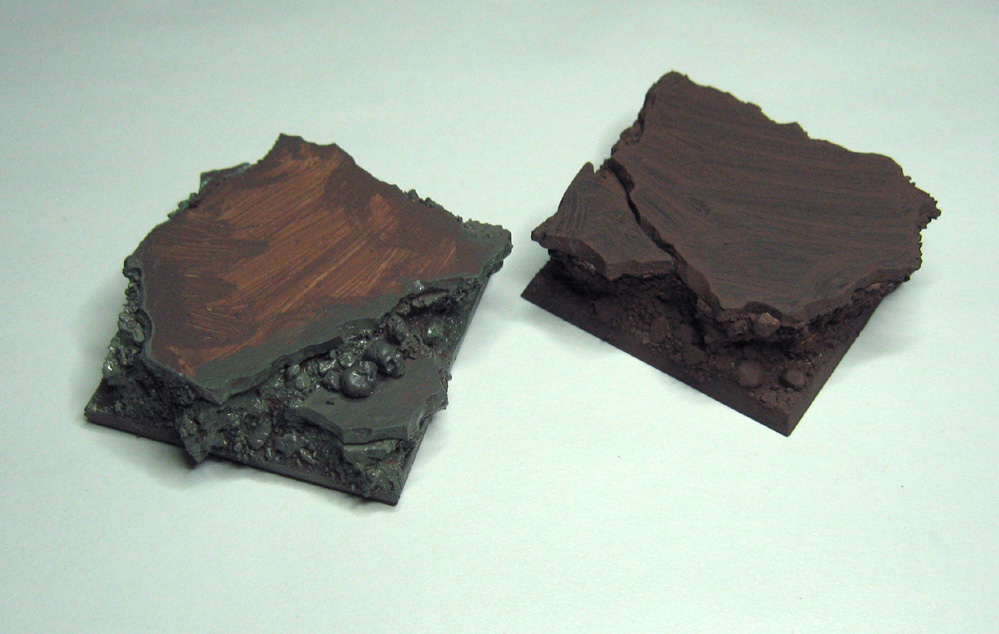 And continued to shift it to the green and lighter end. 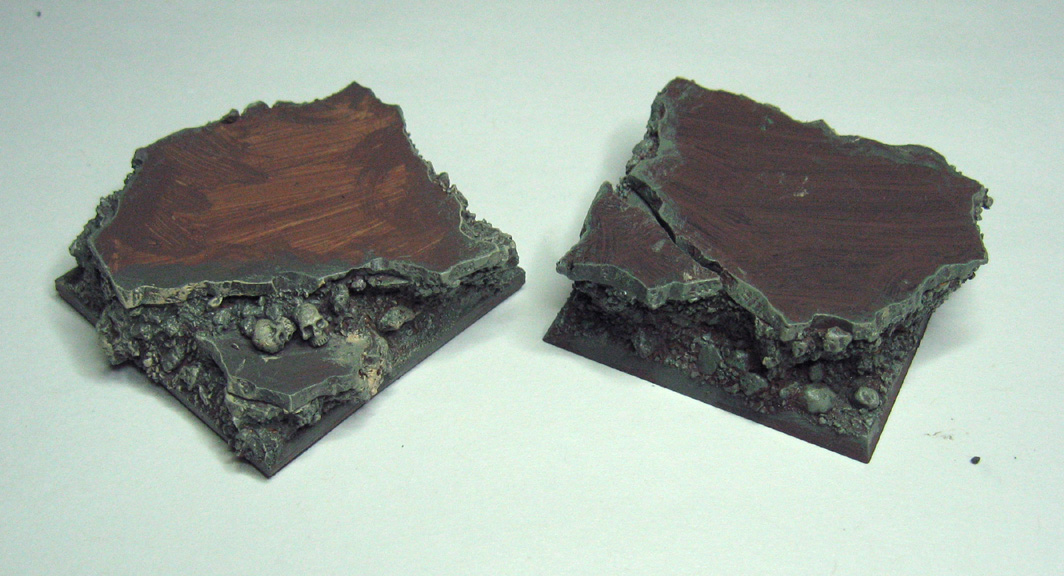 I even added some very pale flesh tone to that mix in some areas so that the colors were not too monotonous. 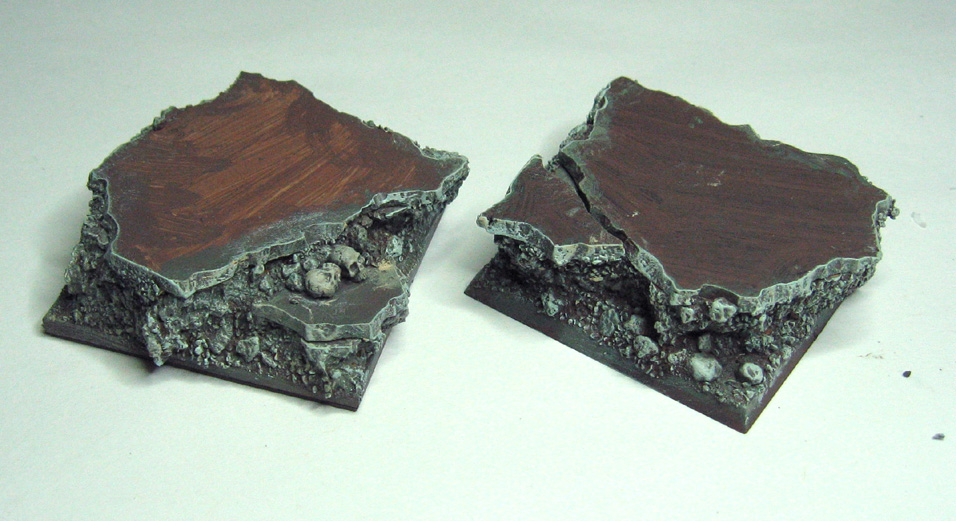 The marble surface began as a deep blue and purple mixture. 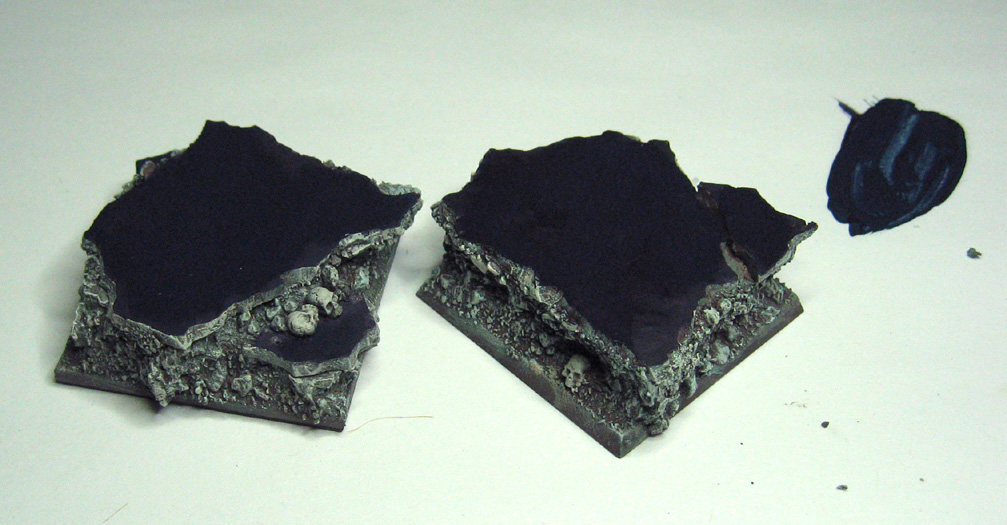 You can see that some of the green was added to that color to create the marble veins.

More and more of the green was added once the patterns were established... 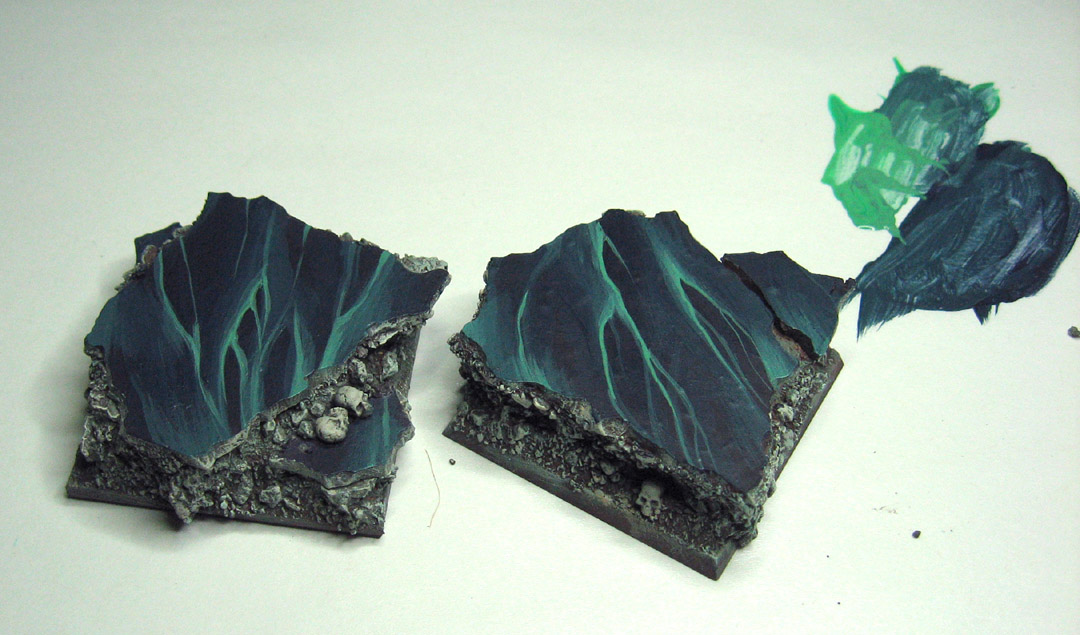 Even brighter still in some parts of the veins. 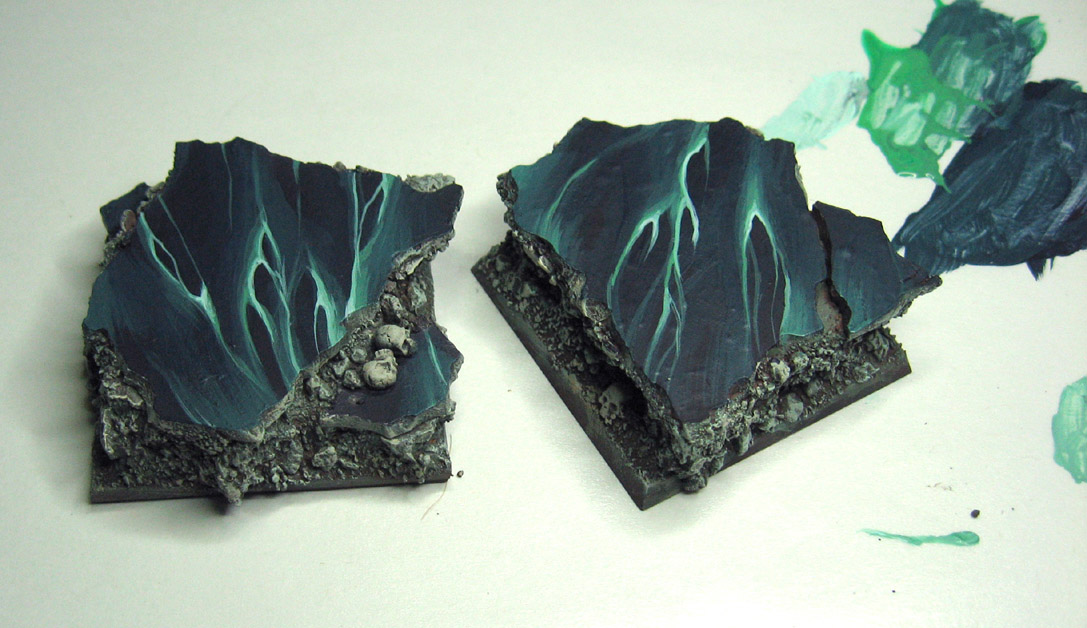 Now it's time to glaze the rocky areas!  I put out a series of washes that would allow me to get a nice range of darks.  It is even more important on large bases such as these to vary those dark tones! 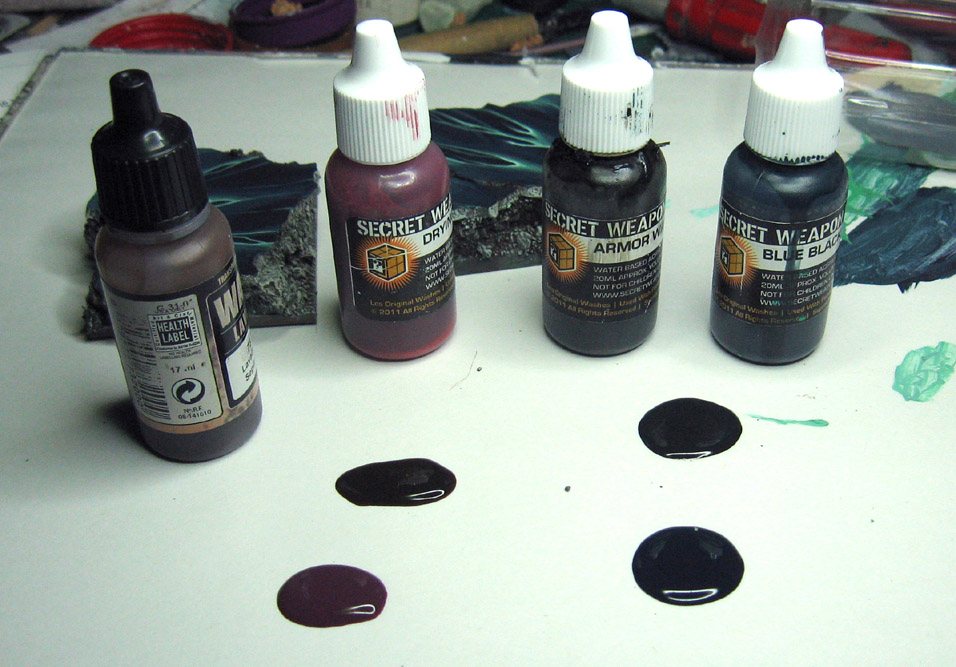 You can see the first layers of glazes and washes here.  I would do 3-5 Layers of washes in some places. 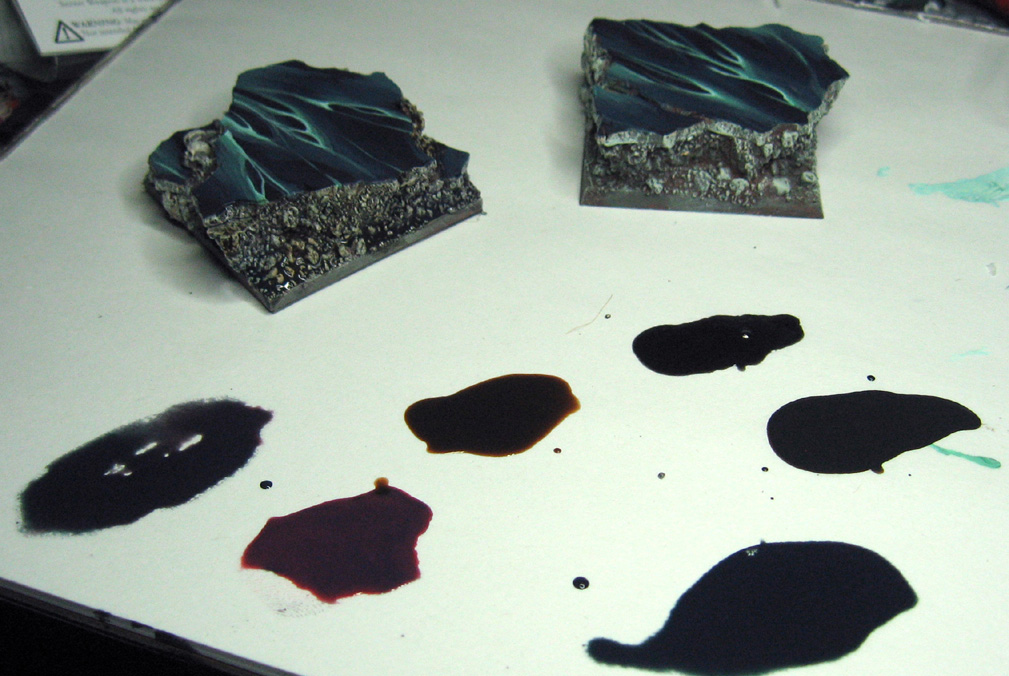 This really illustrates the effect the dark glazes have.  I also continue some of them over the top edge of the marble to age that as well.  You could also use weathering powders on this edge as well. 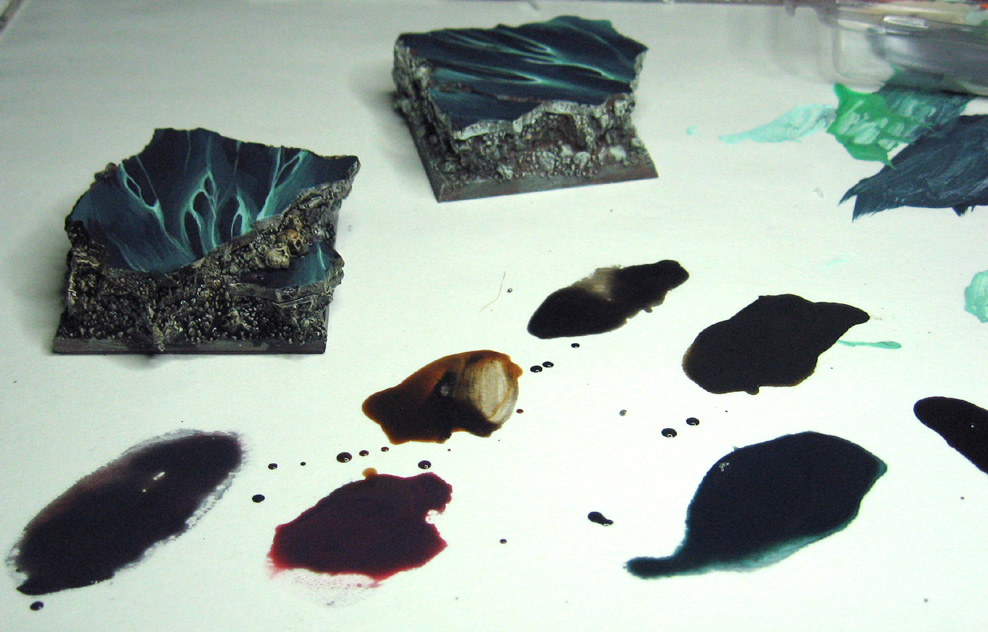 Now the dark marble top does not look so out of place with the darker colors toning down the rocks... 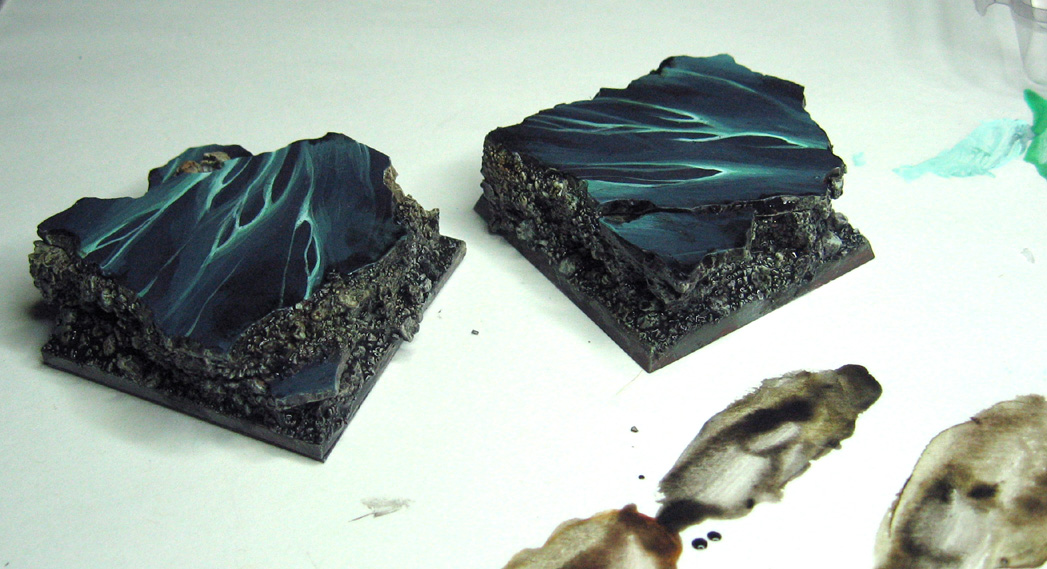 The warm colors glazed into the darker areas still offset the cool colors of the top surface, however. 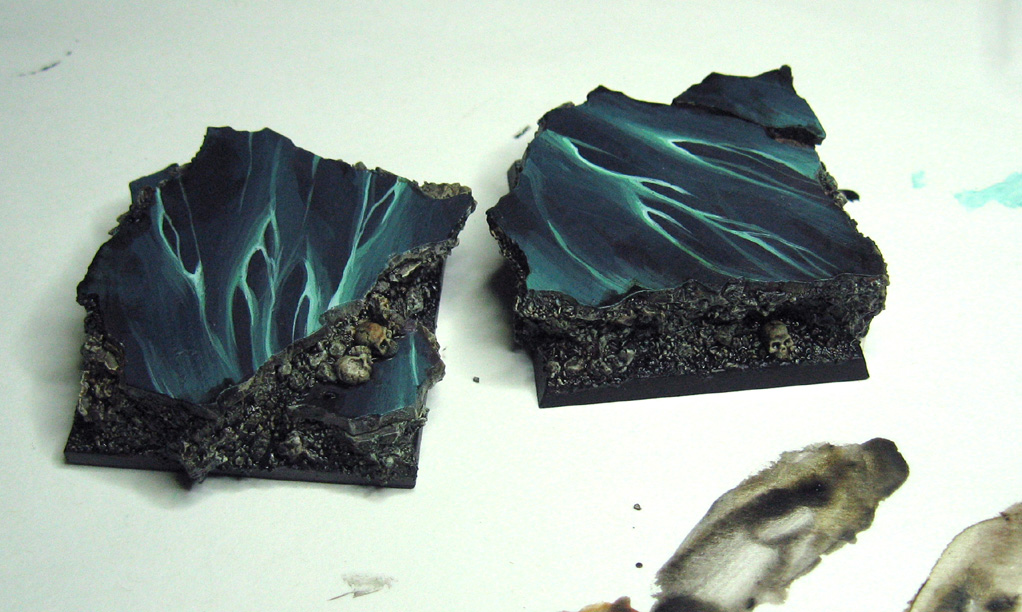 The last bit of work was doing the more detailed piece, like the skulls! 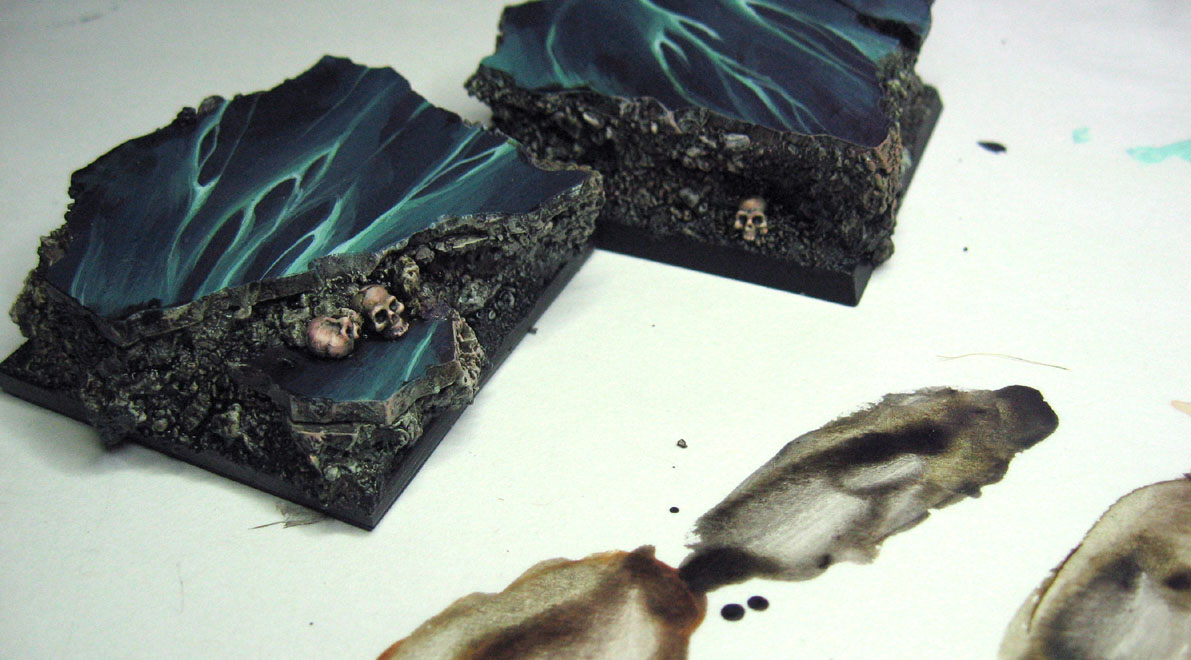 When the Photo area does not have piles of drying clothes and other items, I will take some pictures of the finished bases with the primed demon figures on them... stay tuned!!!!