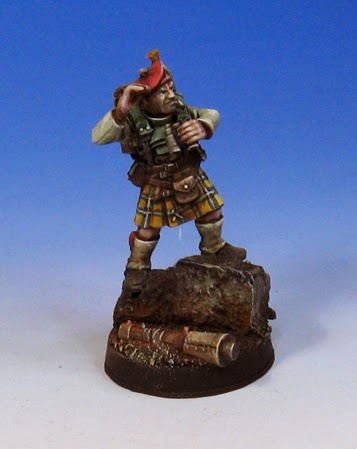 Here's another member of the command squad, courtesy of Victoria Minatures.  I used parts from the Highland Moss Guard and a few other bits.

One last member of the command squad to go... and then time for group shots! Stay tuned.

Posted by wappellious at 1:23 PM 2 comments: 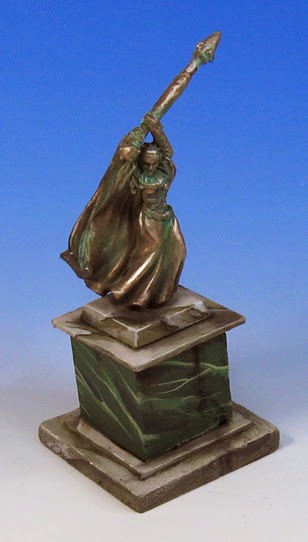 Most of you remember the statues that were going to be an important part of the army board.  This is a quick test figure done to see how rapidly they could be done.  I think this is about 90 minutes.

There are a lot of these, so speed is of the essence!

As I mentioned a while back, the idea behind the statues is to tell part of the story of the army and its history.

Hopefully, I can briefly convey the history of the army, from it's Bronze Age origins to the somewhat rapid transformation due to the influences of Inquisition and Imperial Guard forces.

I will use some Celtos minis to represent some heroes from that early history, while these Dark Age miniatures show more of a middle era between that Bronze Age time and the current era. 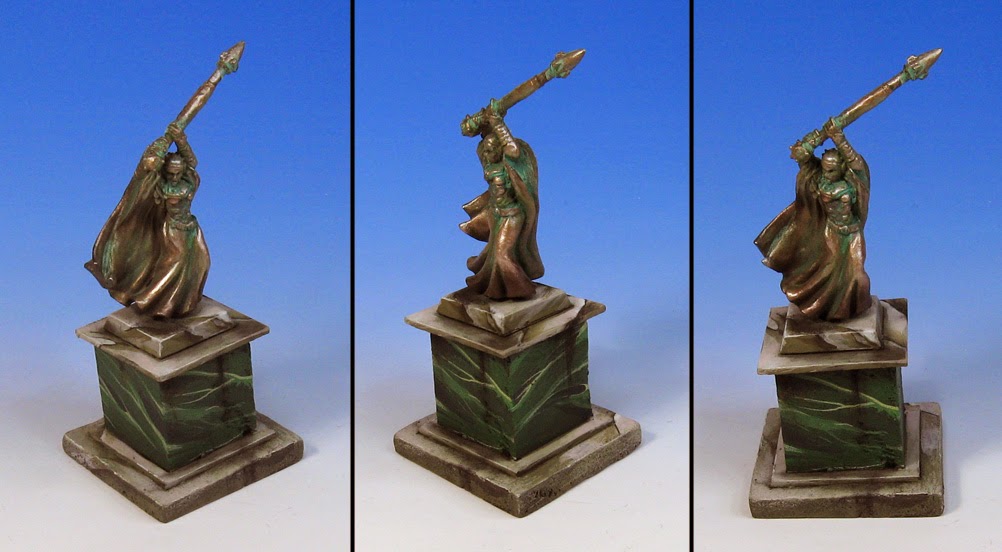 I quickly applied some metallic paints (yes, you heard that right!), making sure to have enough dark areas so that the verdigris effect could be seen.

This time around, I used a few Secret Weapon powders to create the effect.  It is a nice way to do that quickly on something that has flowing robes such as this figure. 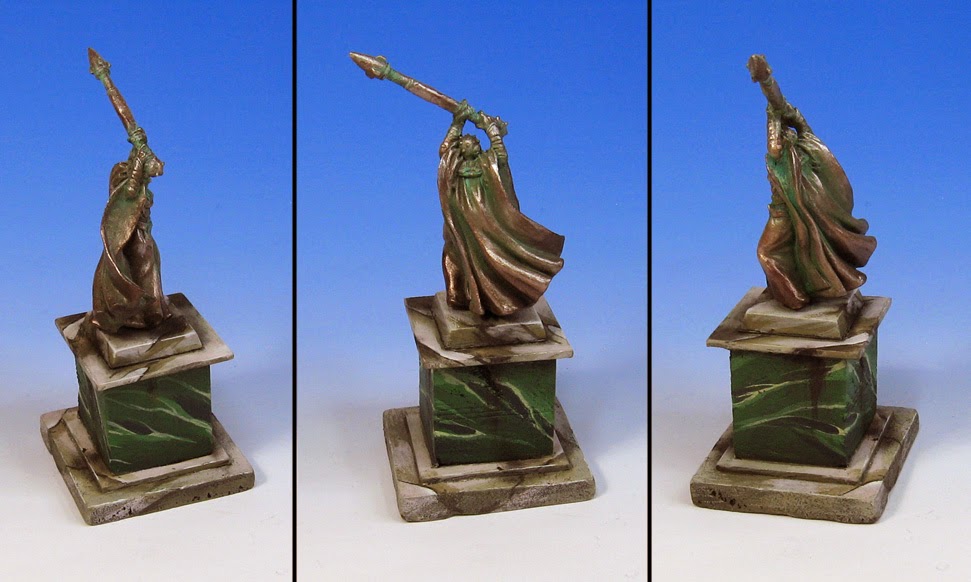