Not so Grim Dark 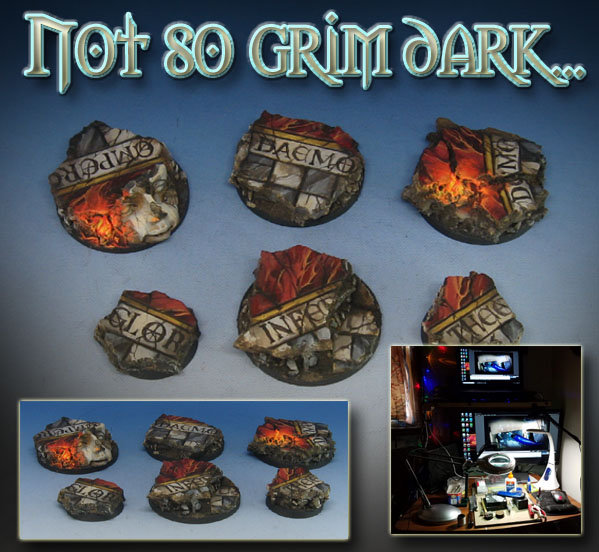 As many of you already know, I have been spending many months try to acquire the additional equipment needed to create a second filming station.  It became clear a while ago that I would need something different to handle large scale figures, dioramas and terrain. 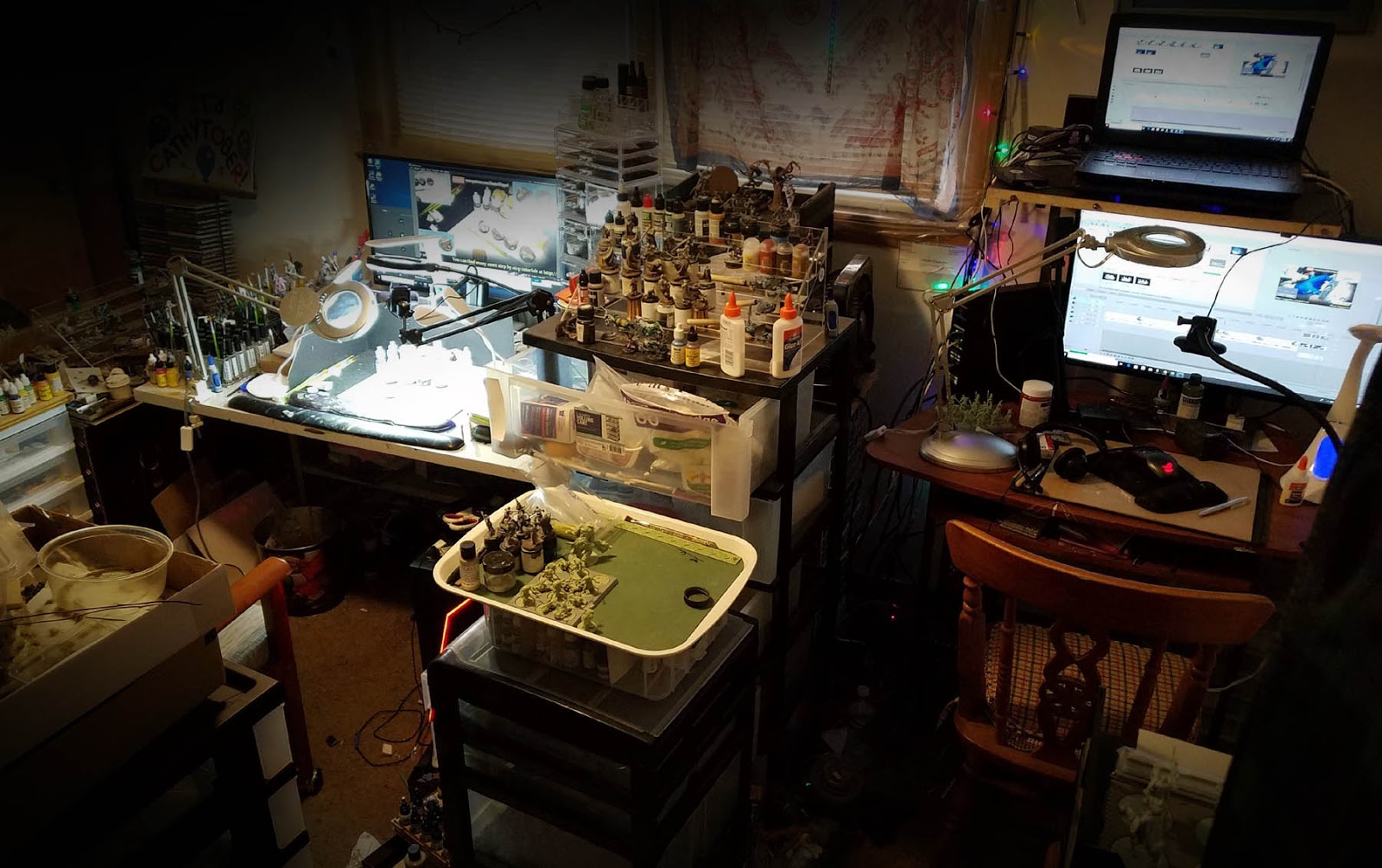 As I made more basing tutorials (especially those included in the Army Painter pledge levels), I realized that each session created such a mess that it would severely delay the creation of subsequent painting tutorials.  Between getting the tools laid out, the raw materials and so on, it would take longer to set up and clean up the area than it did to film the tutorial in the first place!

So, I slowly tried to bring in more cameras, lights, backup drives, and so on.  The hope was to be able to get one more high powered machine so that I could keep the current editing/rendering suite where it was, but that has not happened yet. 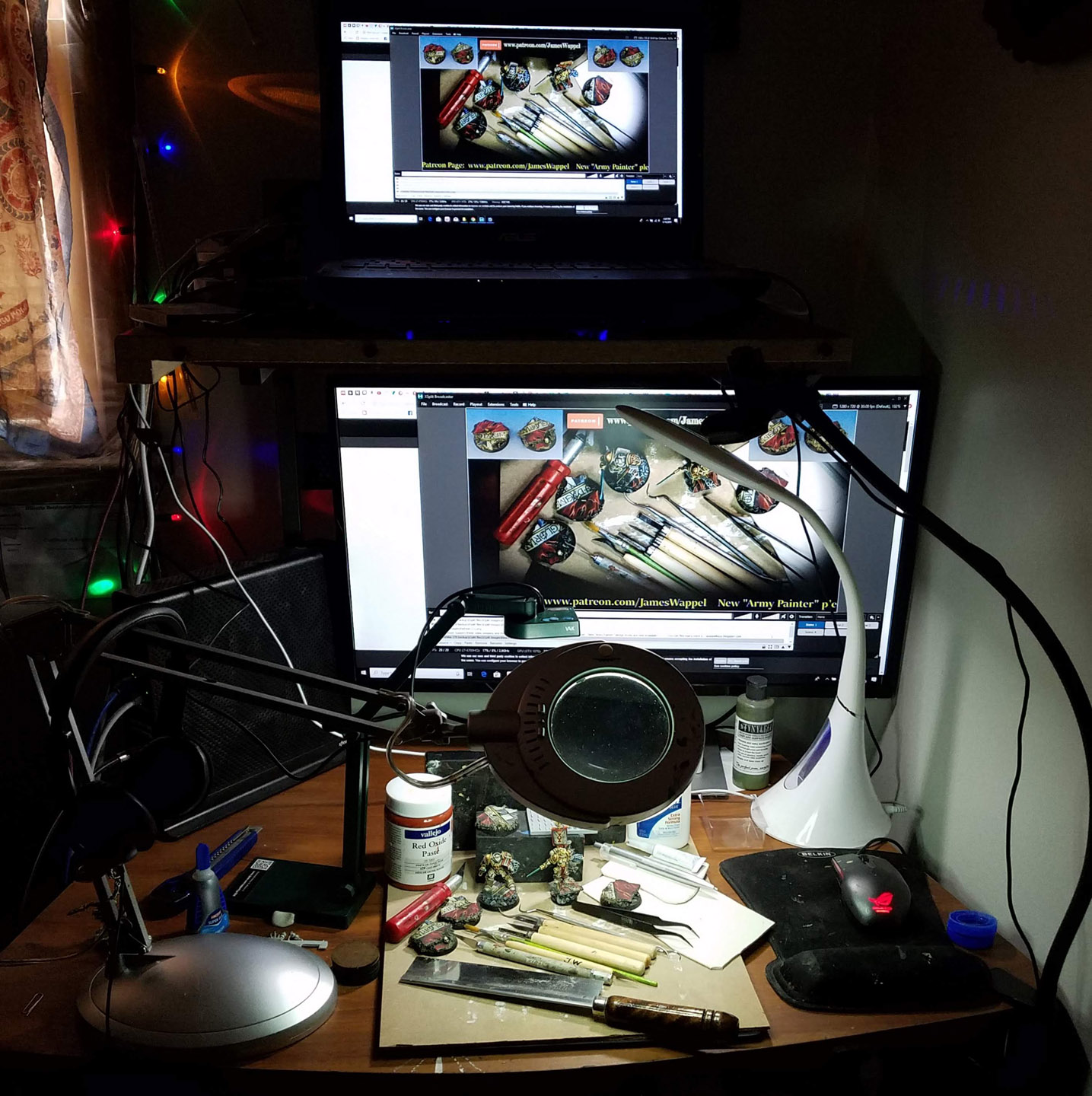 After a solid week of moving things around, I tried to create a second station that could at least be used as a basing tutorial station.  While all the physical pieces were now in place, hooking those up and turning them on was going to be a very different matter!  For the first attempt, I tried to make a new version of my Grey Knight bases.  This would be the "control" mechanism that would let me know how close I was to the original tutorial. 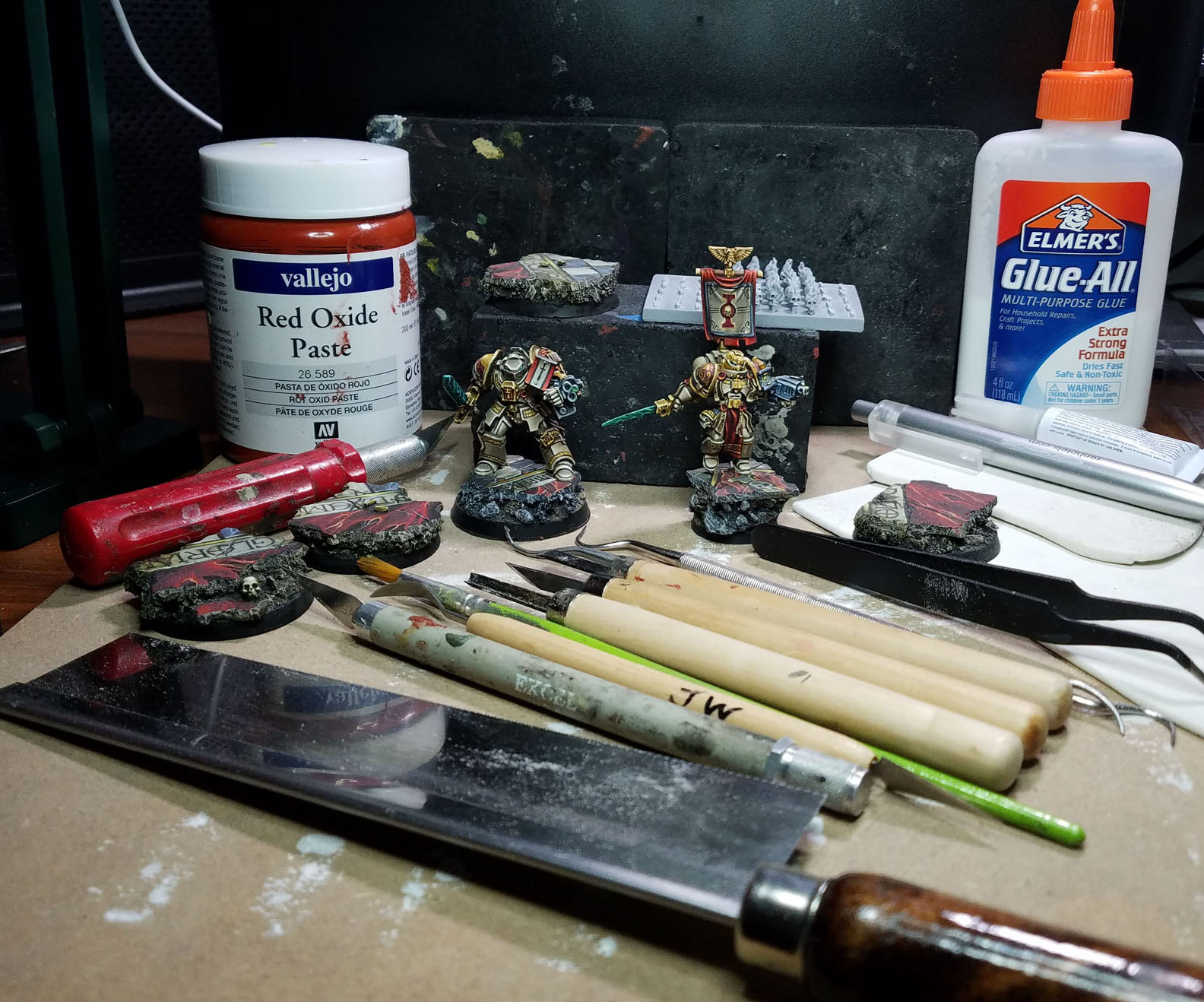 I thought it might be fun to go back to the past, before the Green Stuff World texture rollers.  This meant using some of my old method of carving texture into baked Sculpey sheets, which I had not done in quite a while! 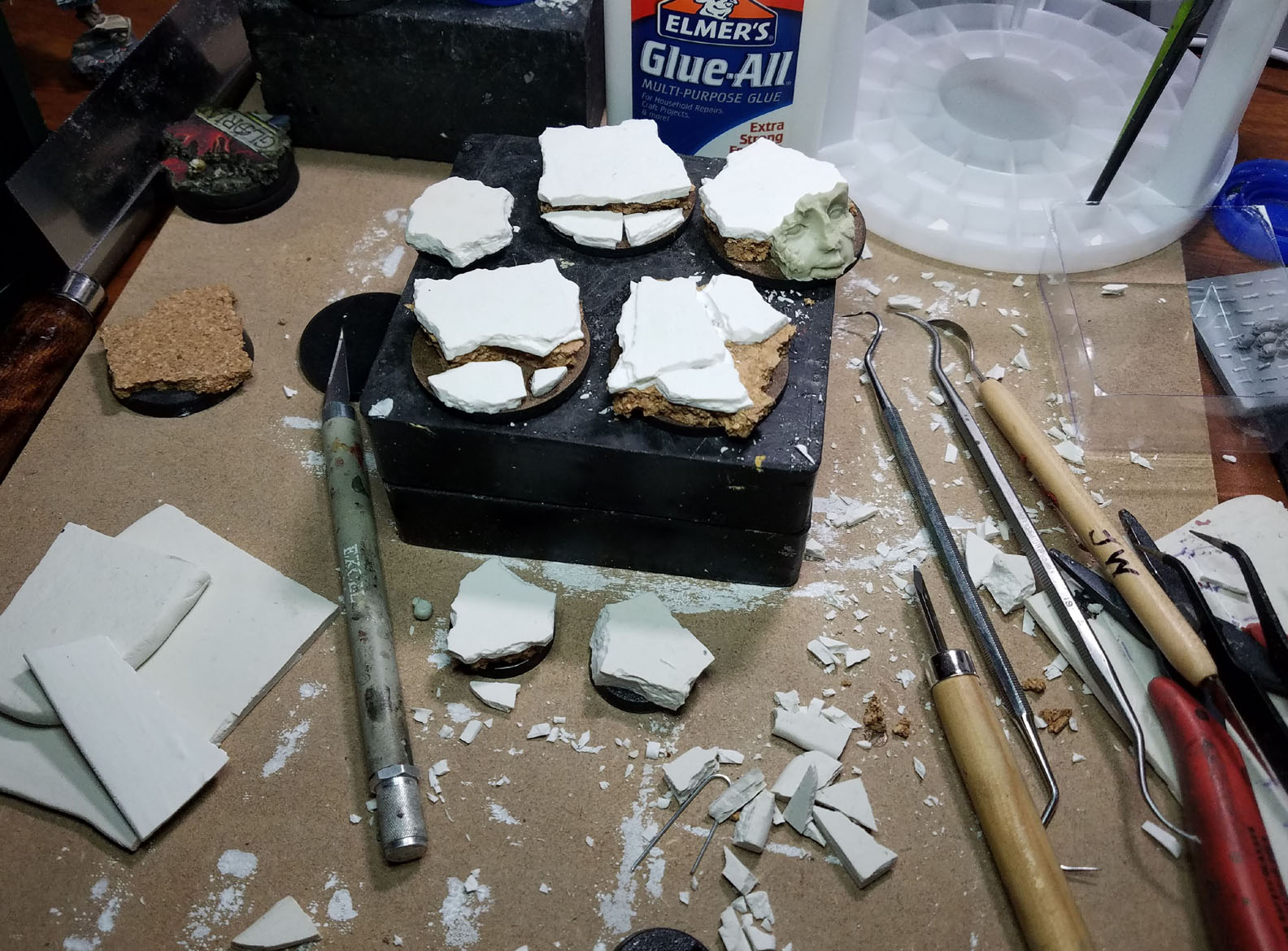 This method is really easy, but gives you a ton of options.  Also, it set up an opportunity to demonstrate how to paint marble effects, which really are not possible with the texture rollers. 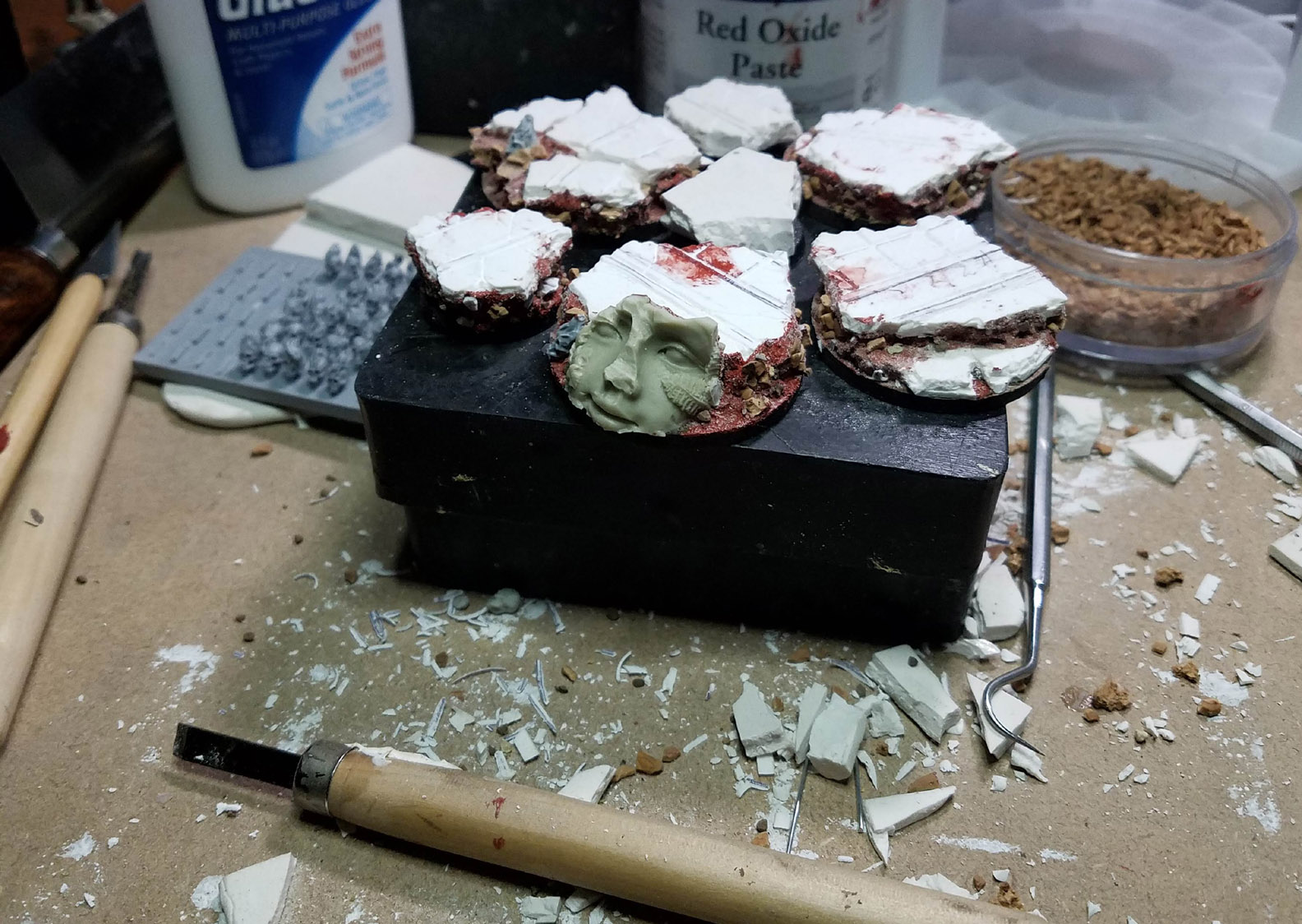 As it turns out, I had to go back to the primary painting station to film that part of the video, which turned out to be handy.  Now I can set up basing tutorials in advance, and not get in the way of the next painting video!  There will be some variation in how things sound, since I am using a different headset and the settings can be really difficult to match up on a different device. 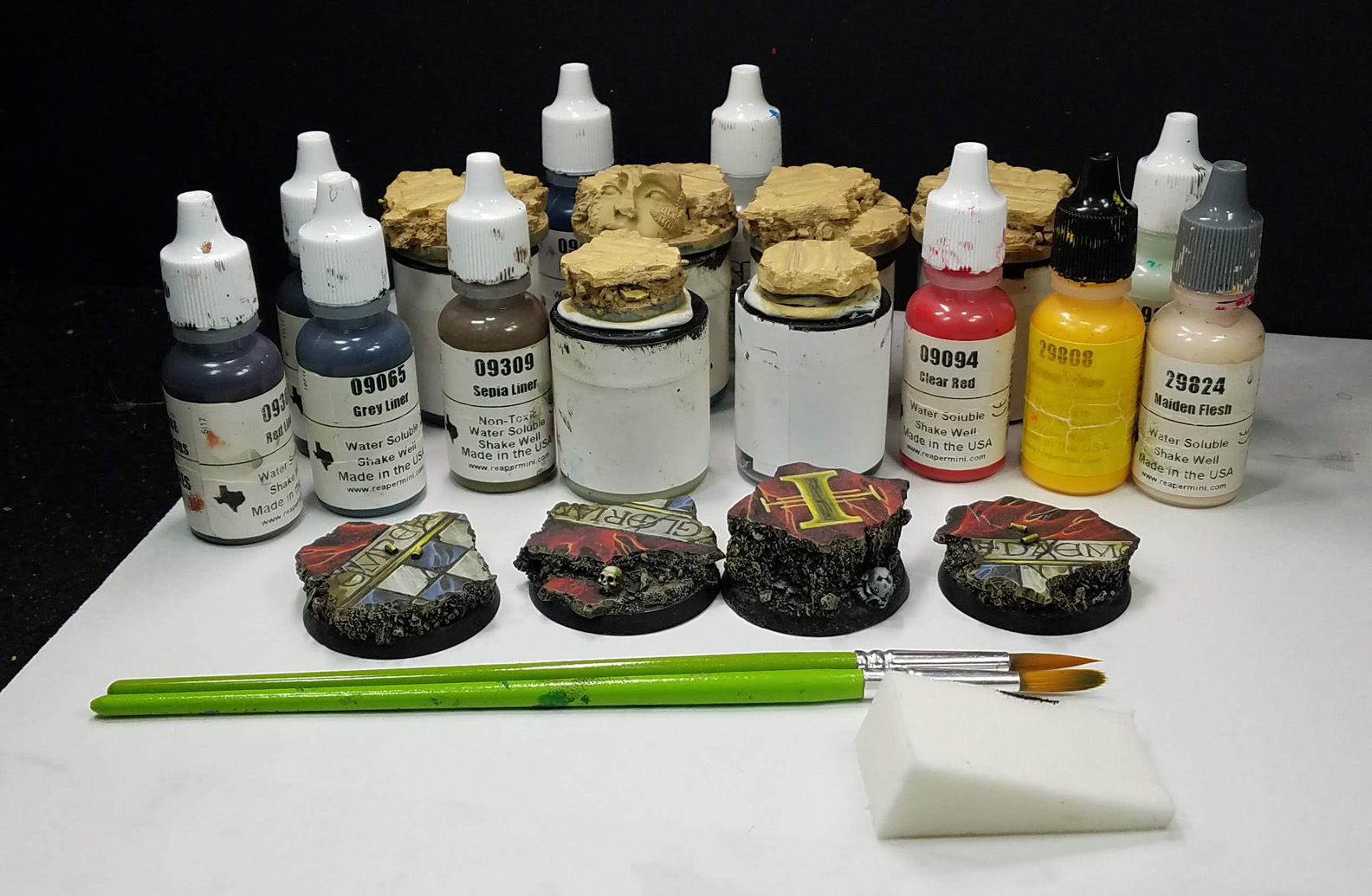 When I started to film the sculpting part of the tutorial, everything acted very differently than it had during extensive testing.  I eventually had to switch more devices around, and that will require more tests. 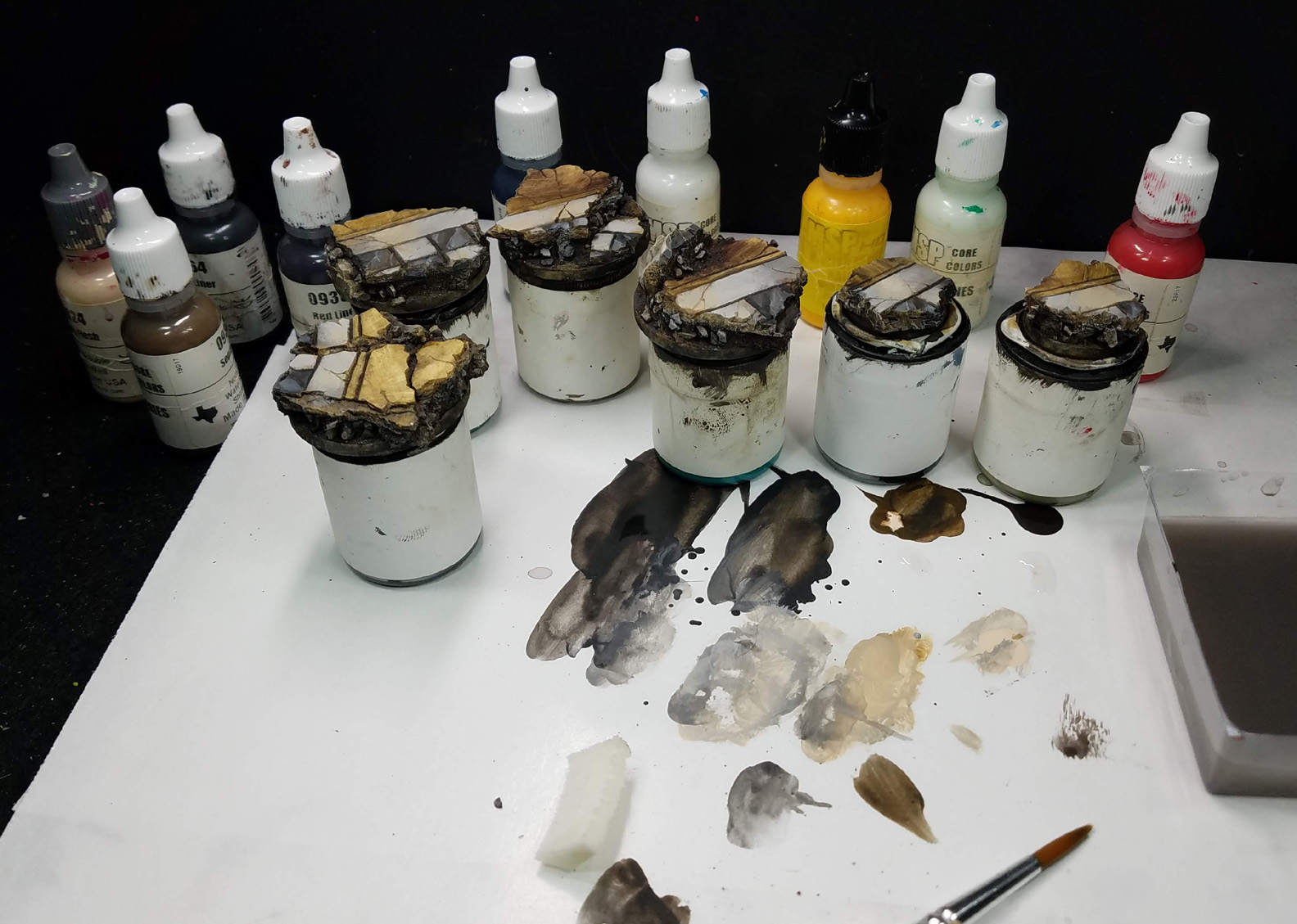 Despite all the craziness, I will still able to get a decent tutorial created for the Basing level pledge on the Patreon Page.  I was particularly happy to be able to get in a significant amount of freehand on the bases, which has never been recorded in video form before! 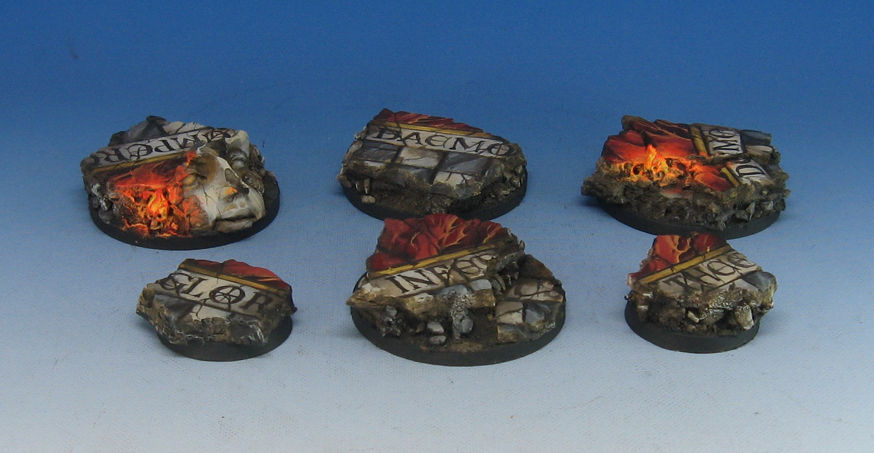 That tutorial is uploading now, and I have set up the next 3 tutorials, one of which will be Episode One of Army Painting Series 9.  Rohan will be the subject, and it should be a lot of fun to do some grassland style bases, along with some rivers!!

You can check out the Patreon Page here: www.patreon.com/JamesWappel 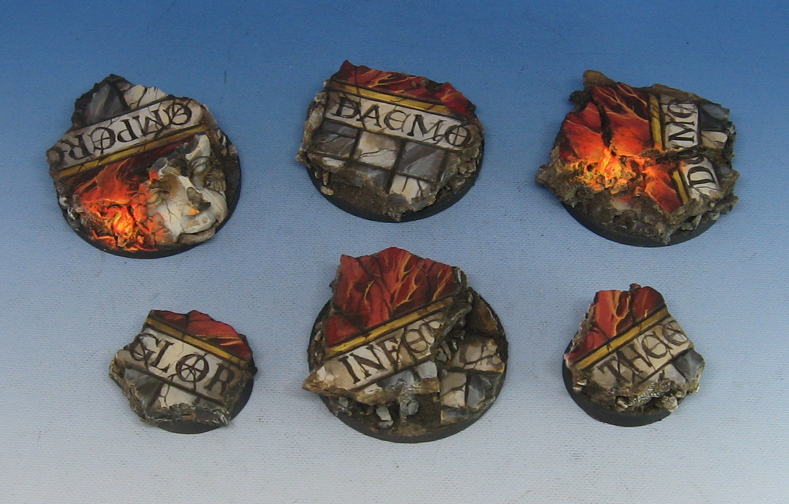