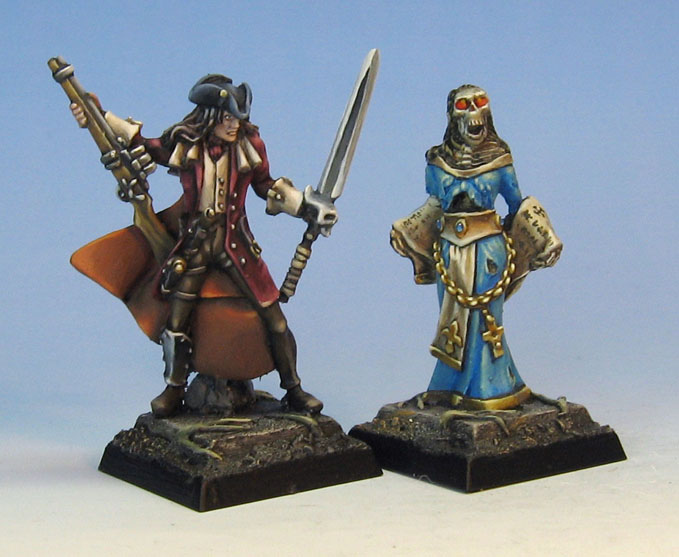 This was a pretty interesting pair.  I don't even remember painting them, which means it must have been in that 2005-2006 period.  I think these are made by Fenryll, but I could be wrong, which I tend to be on these things. :-)

The zombie figure was quite nice. 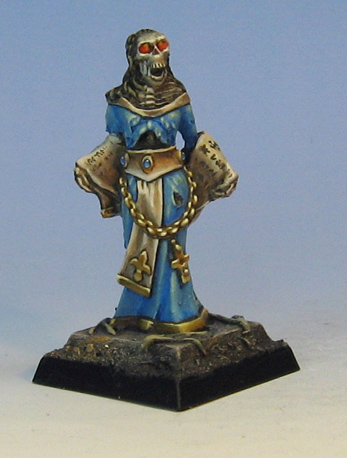 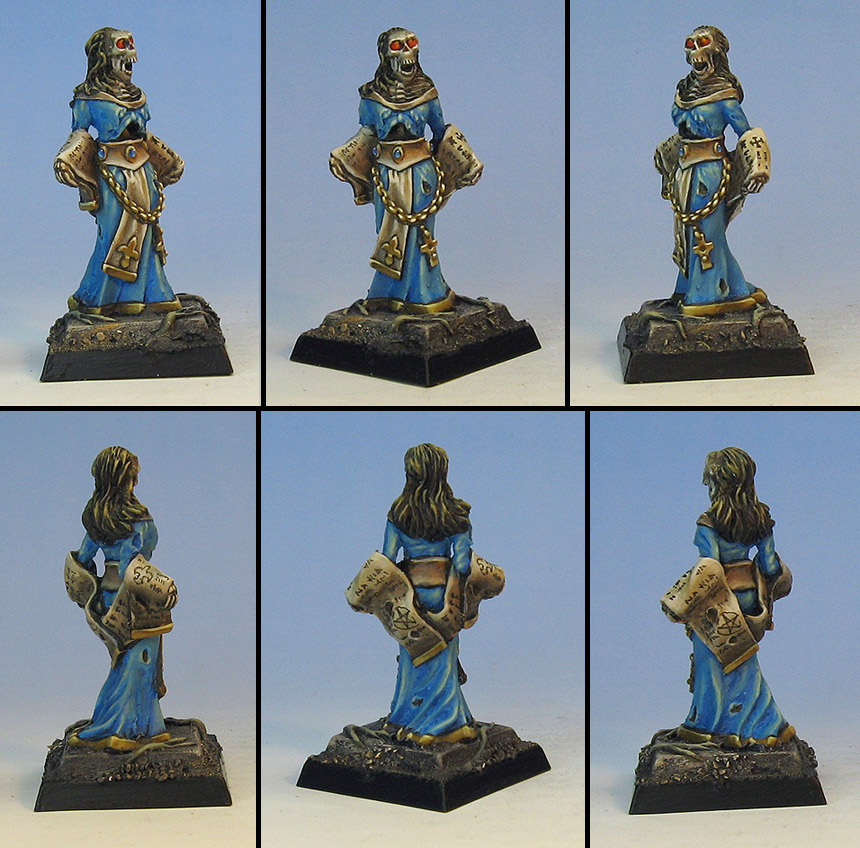 The pirate figure was very cool as well, with a nice pose and some great little details. 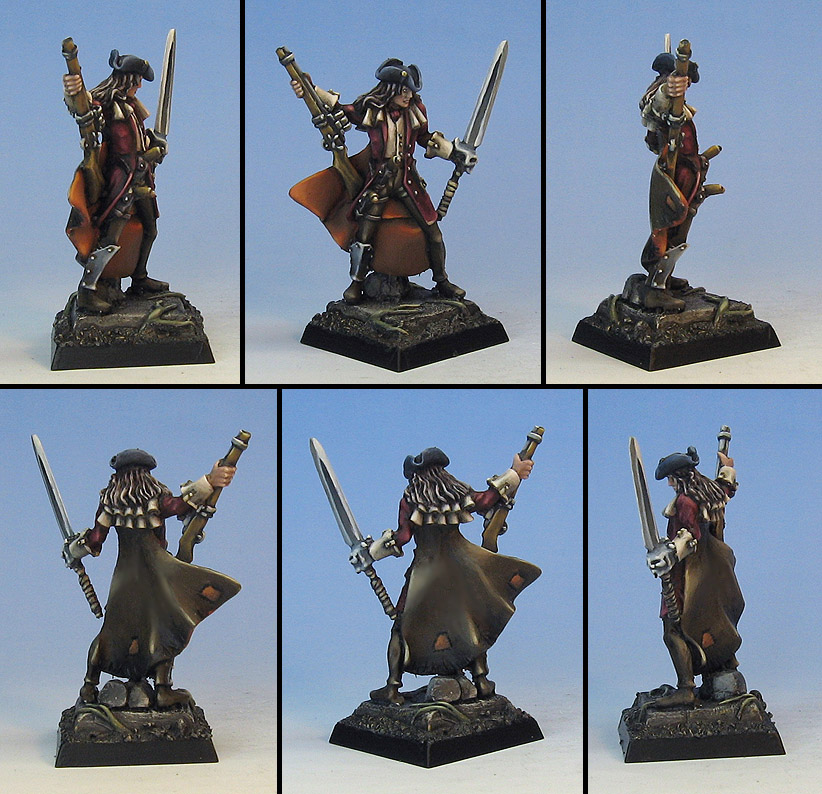 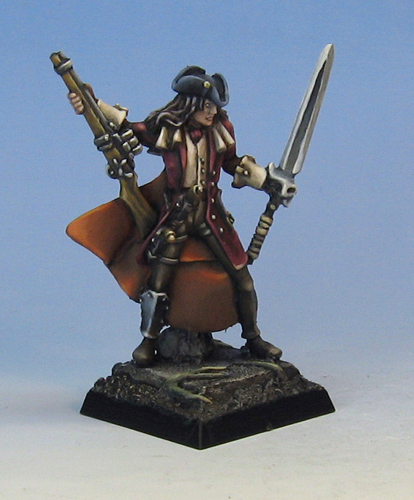 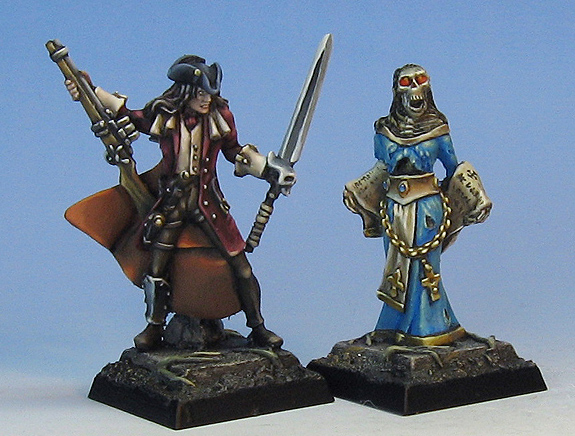 Posted by wappellious at 9:36 PM 4 comments:

How do you stop a Rhino from charging? 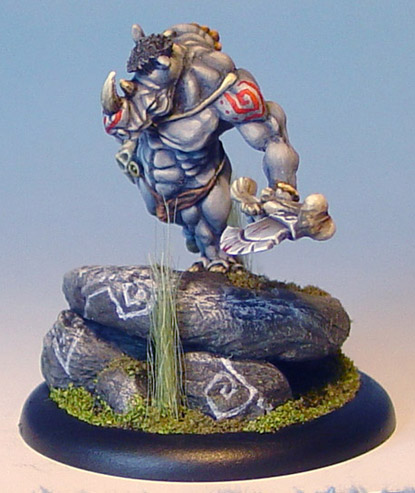 You take away his credit card, of course!!

This mini was painted back in 2006 for MSB Toys.  I painted several figures for them, but this was one of my favorites.

I had fun making the sculpey rock base, as always!

Hitchin' a Ride... the Archon's Venom 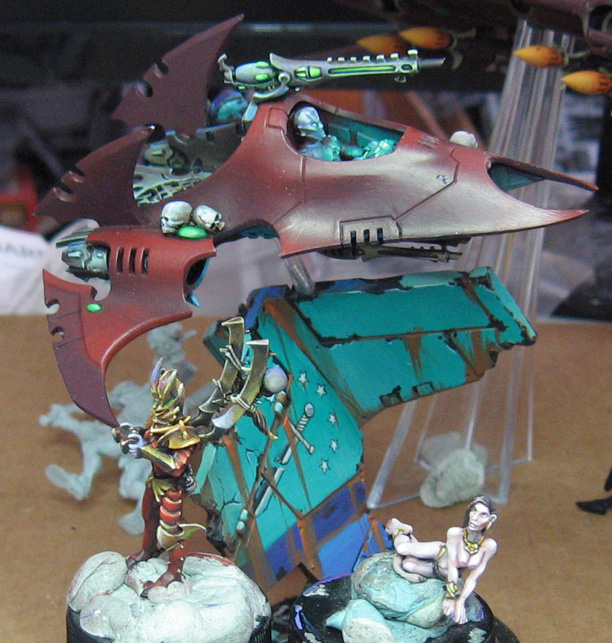 Here's some more work on the Archon's Venom.  In the view above, you can see that the skin of the Venom is mostly ready for the freehand.

These next few views show the gunner and a 'passenger' that is keeping the Archon company. 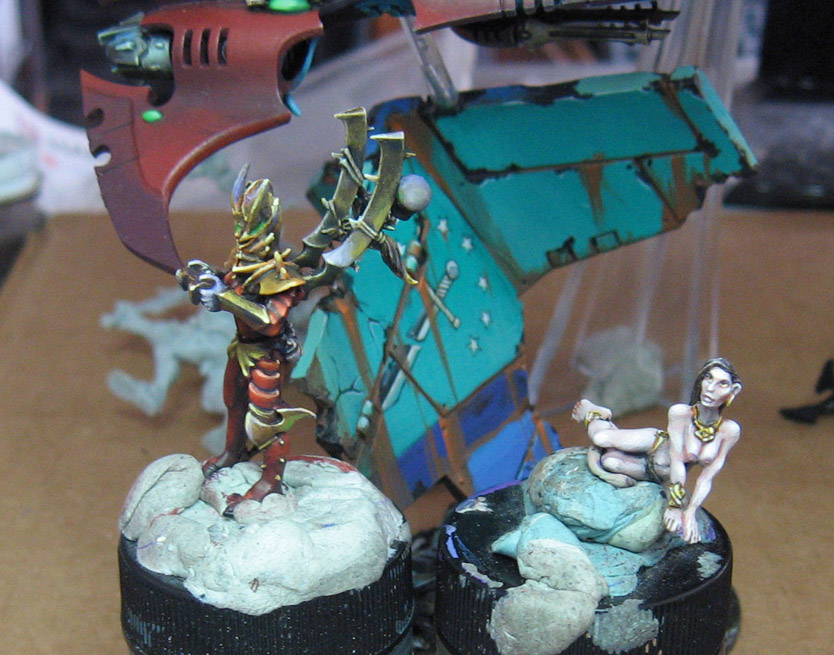 I am looking forward to seeing this thing all finished and put together!n  I have to paint a little banner as well. 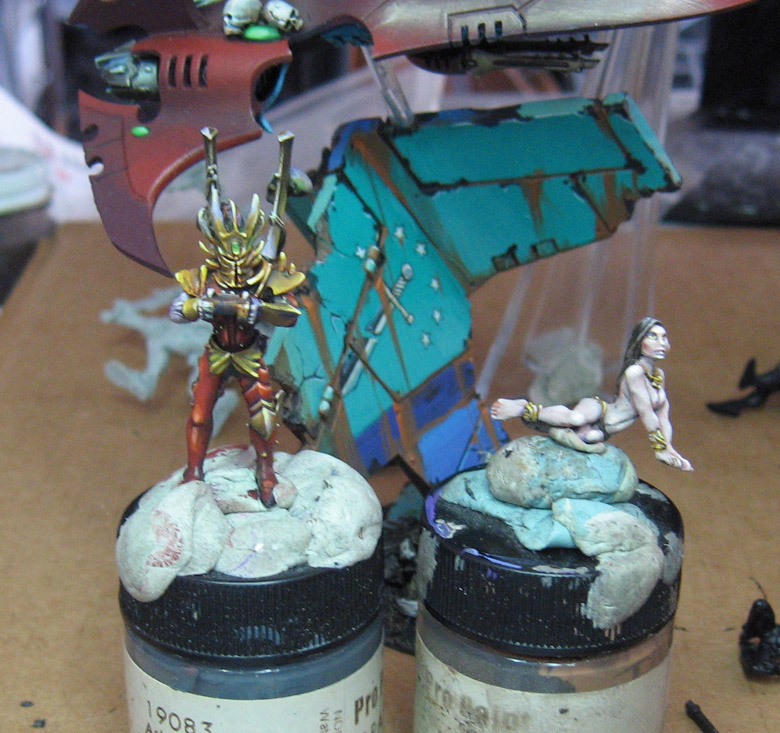 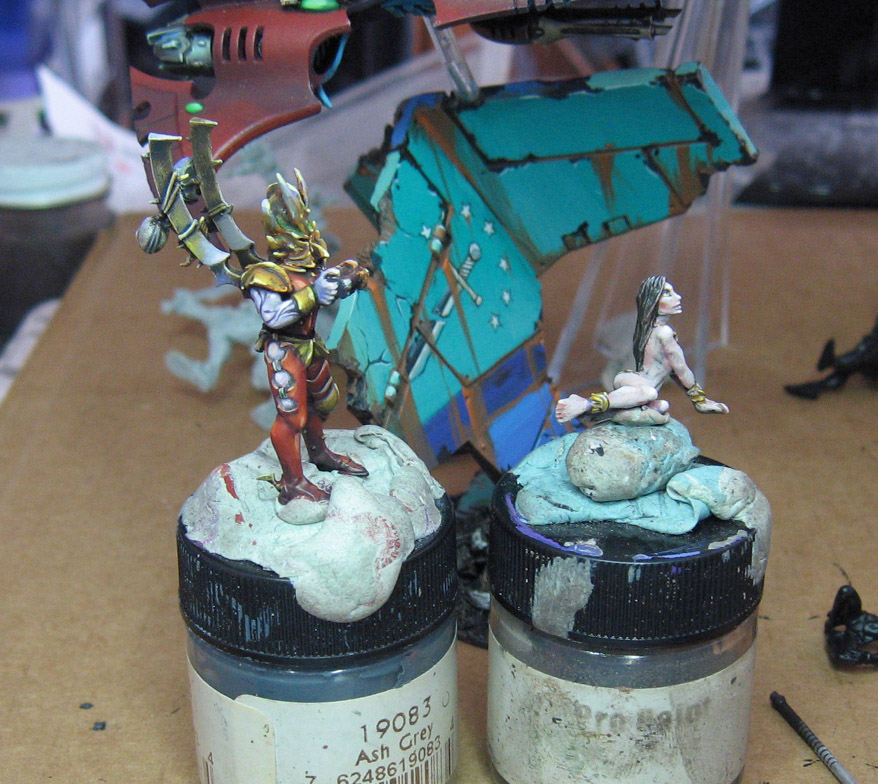 The undercarriage had a bit of glowing effect added to it... 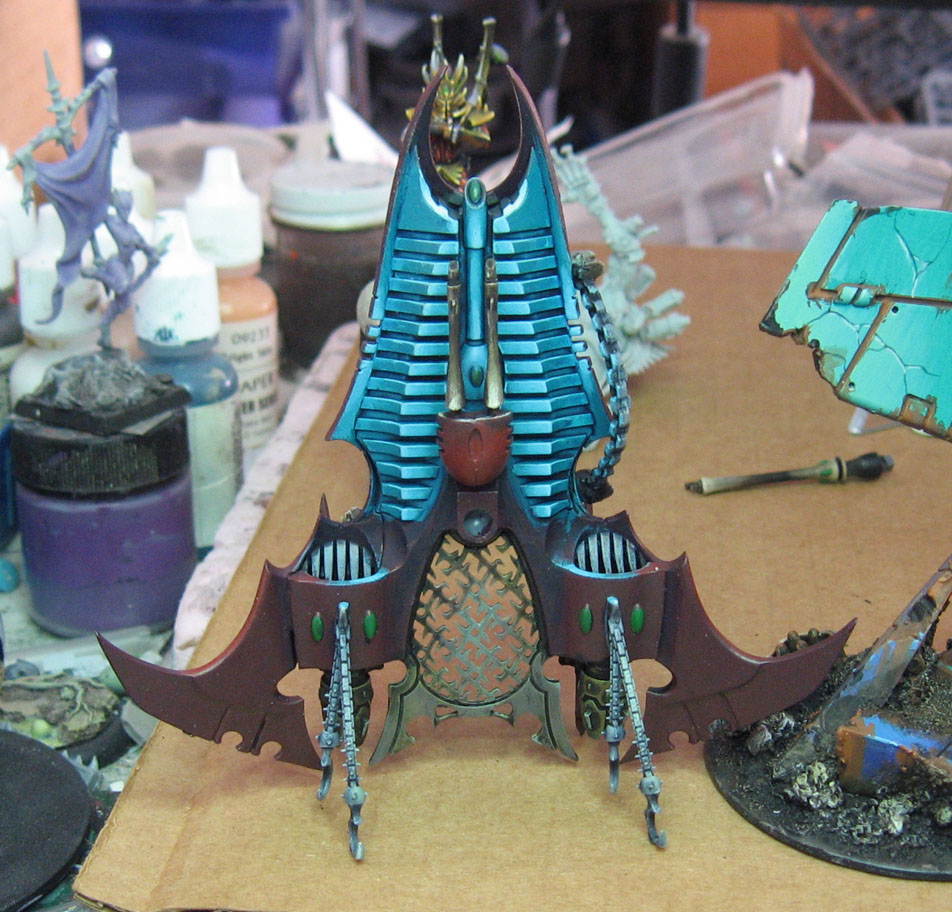 The port side with some more grisly trophies.  Gotta have those when your squads are so small or so pricey!  No ATSKNF for me :-( 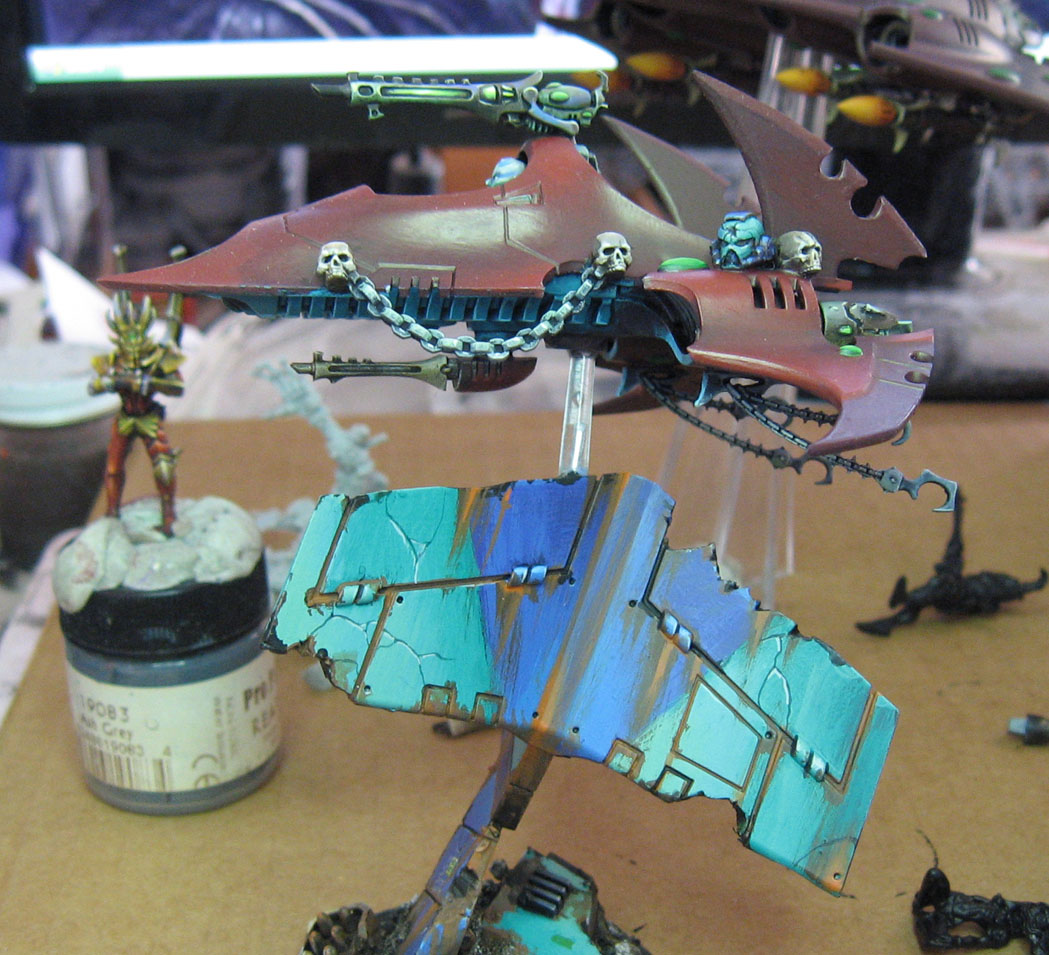 I was doing some work on the Razorwing as well.  Most of the time was spent on the missiles and lance weapons. 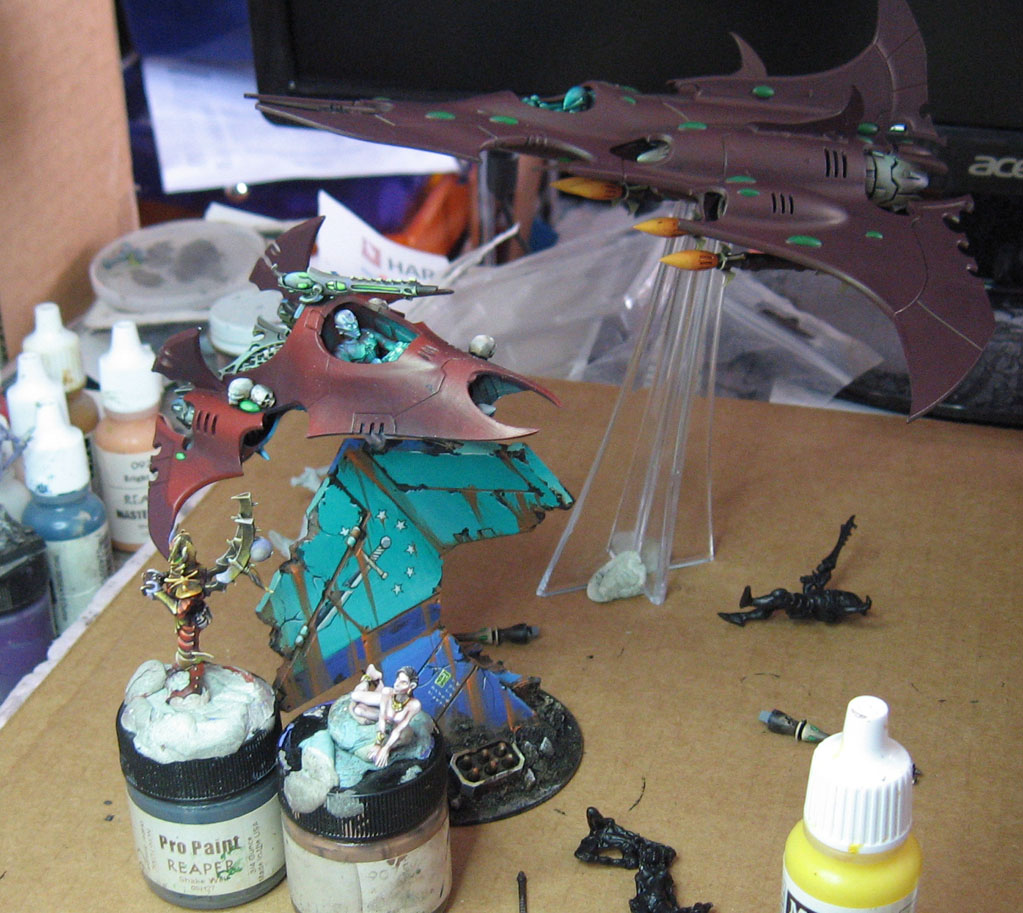 Something to stand on... the ground pounders 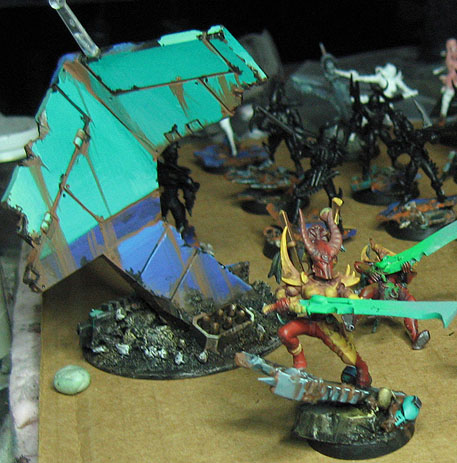 Well, every army needs infantry, and that infantry needs something to stand on.  That means it's time to paint all those bases. :-) 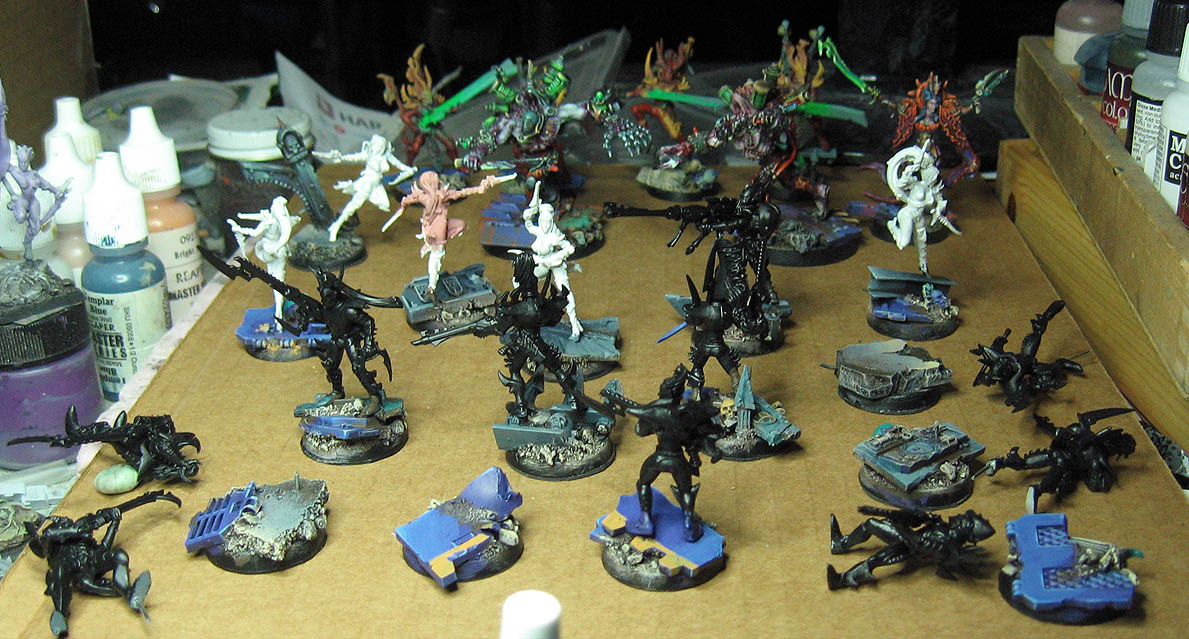 Here are a few pics of the infantry bases.  There's a wyche squad in there, the Incubi, and the Kabal Warriors. 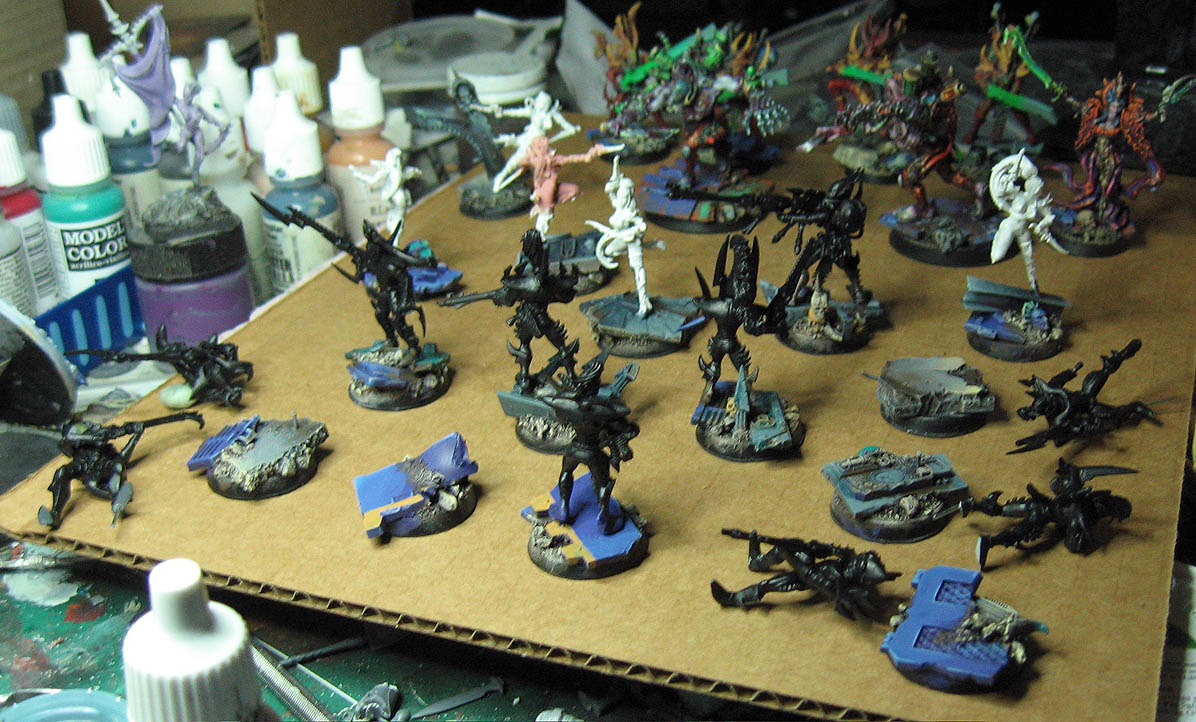 I tried to get a nice variety on the bases, but keep the same theme throughout.  I also attempted to make the base of the transport they are in match the them as closely as possible. 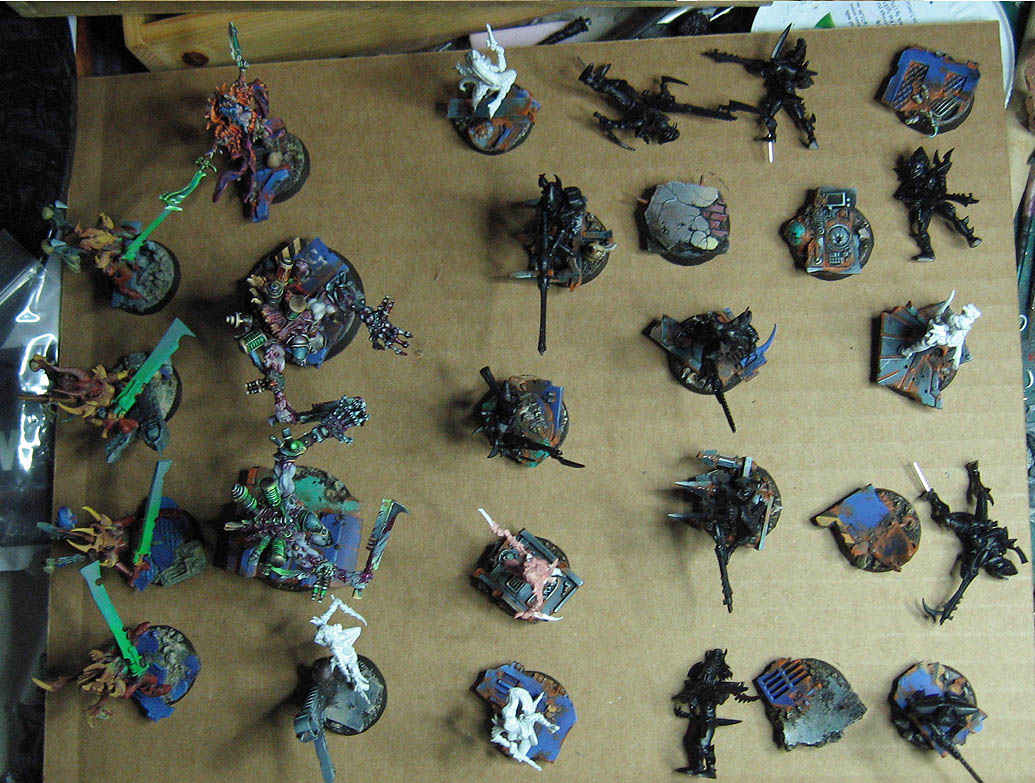 I think this was the biggest mass painting of 40k bases I have done. :-) 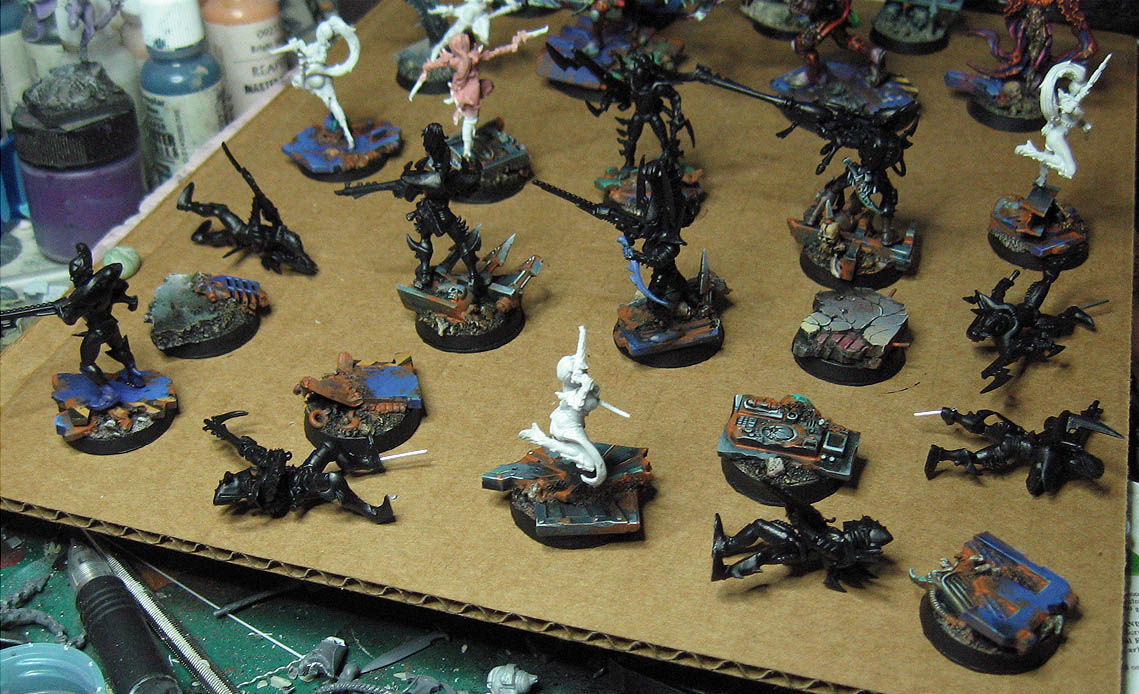 Hopefully these color choices will help to make the infantry stand out once their colors are in place.

For example, the reason the tail of the crashed Storm Raven was lighter on the top was to allow the deep reds of the Venom to contrast nicely.  I believe it will work out that way! 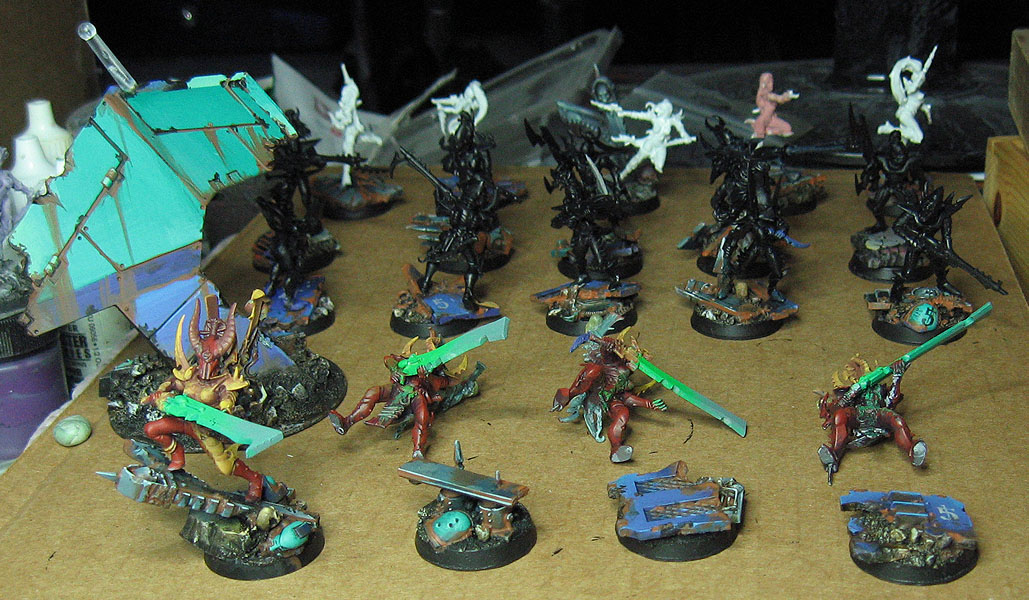 Check out this image that Raging Heroes just posted in a message about their upcoming kickstarter.  Now wouldn't THIS have been a fantastic Homunculus? 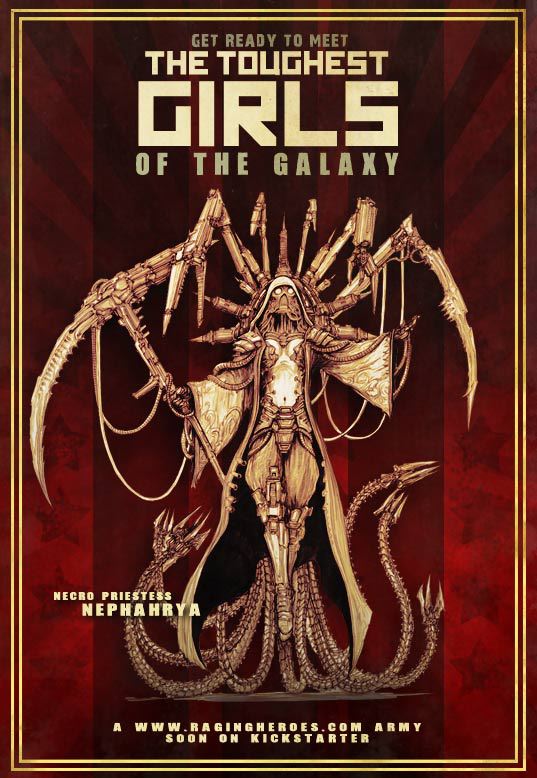 Posted by wappellious at 4:53 AM No comments: