Hi there folks!  I hope that you have been having a great Holiday season!  It has been incredibly busy here, as you might imagine.

I apologize for the lack of posts yesterday, but the 8+ hour drive, packing and unpacking, etc., made that impossible.  I had these images saved to post for today.  Soon I have another Victoria Miniatures post, the Gnoll King from Reaper, and other things. 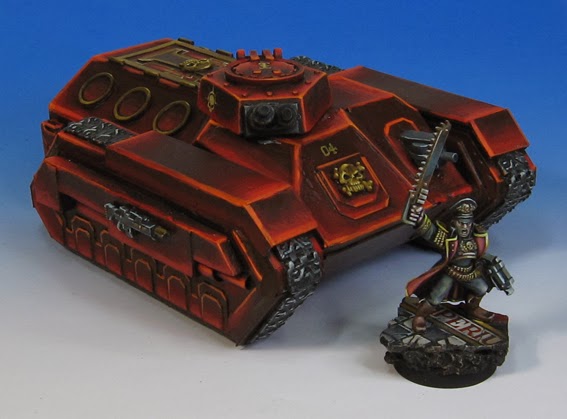 This was the very first scratch built Chimera that I made.  The other 3 were much easier to construct.  I did all of the side panels and the treads from sculpey.  The turret that you see here was not the original turret.  I made this one for a campaign setting that needed some cleansing fire! 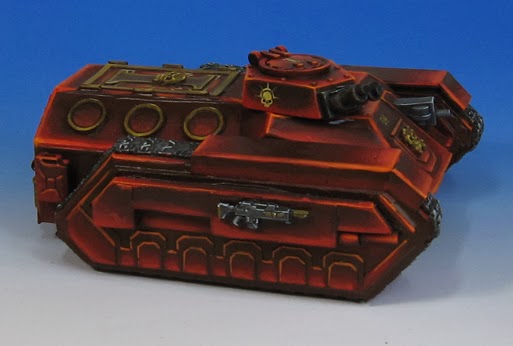 It was fun to be able to create an entire fleet of these vehicles from nothing more than sculpey, plasticard, and matboard! 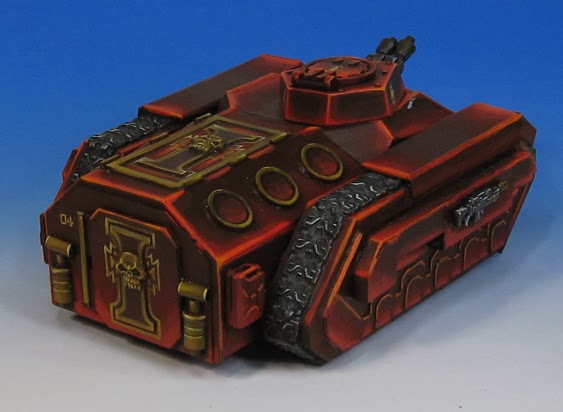 The scale was exactly the same as any 'regular' Chimera. 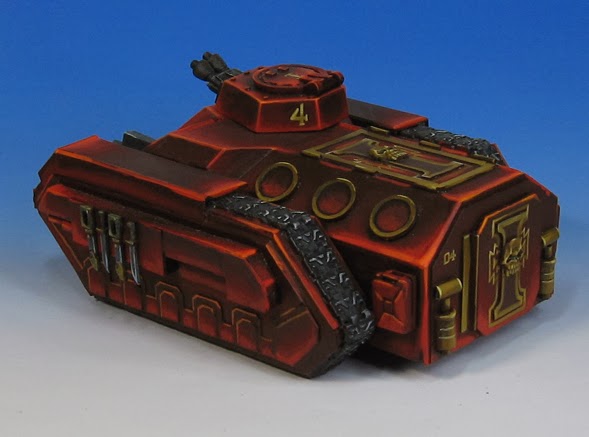 At some point, I will add further markings.  I am still tempted to repaint this in the green color scheme of the new all girl IG army... 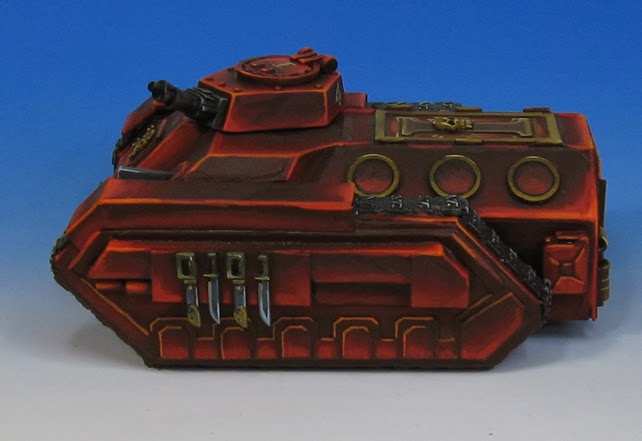 The view from above.  Again, lots of plasticard in this area.  The rest of the lower hull was created with scraps of matboard. 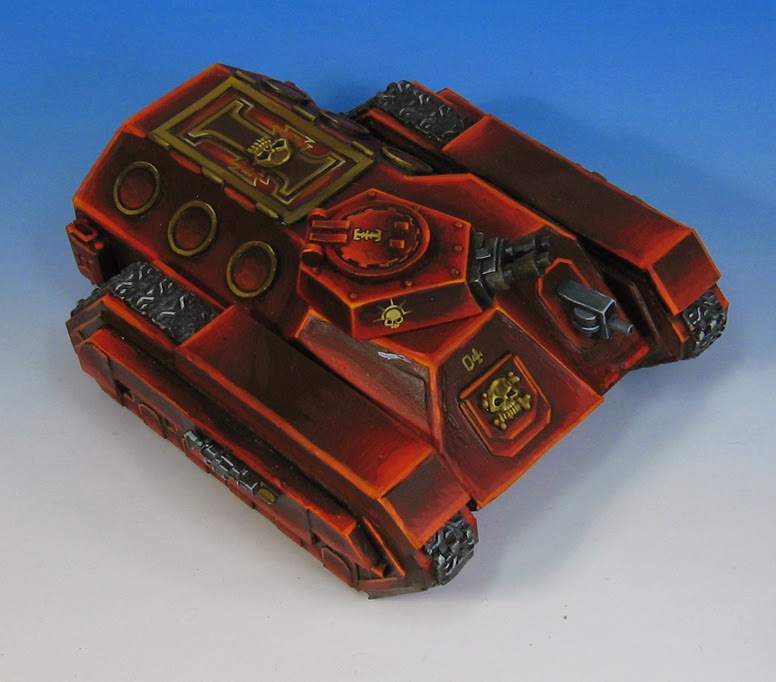 The flamer option never really worked as I had wanted it to perform.  It was part of the huge 4-part warpgate campaign.  In the final climactic battle, a massive city fight was undertaken.  I had hoped to dig out certain hidden troops with it, but that was never really possible. 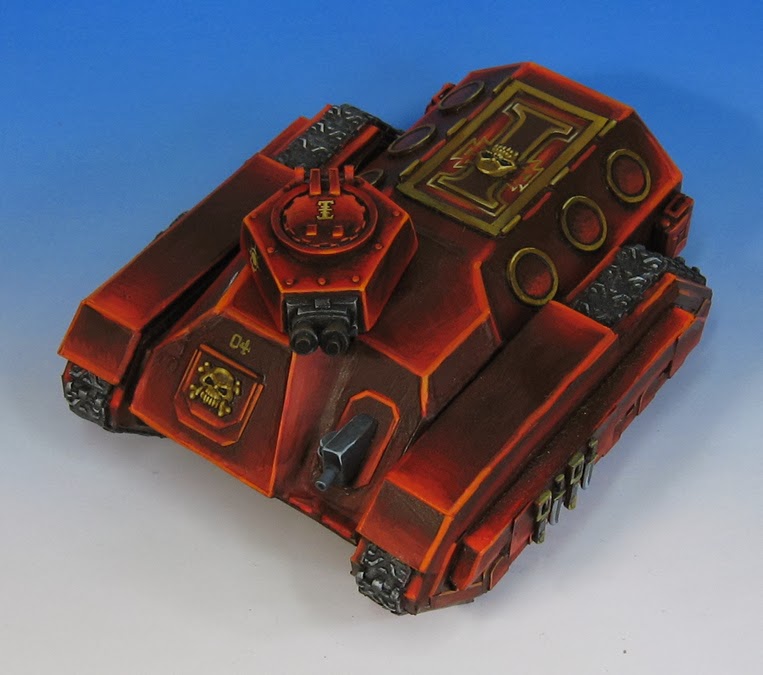 There were too many angles from too many nearby structures to get at them.

So, time to get the studio back up and running!!!! 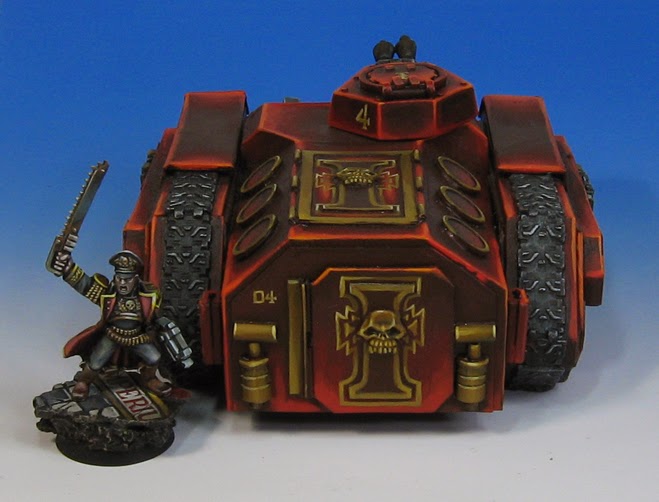