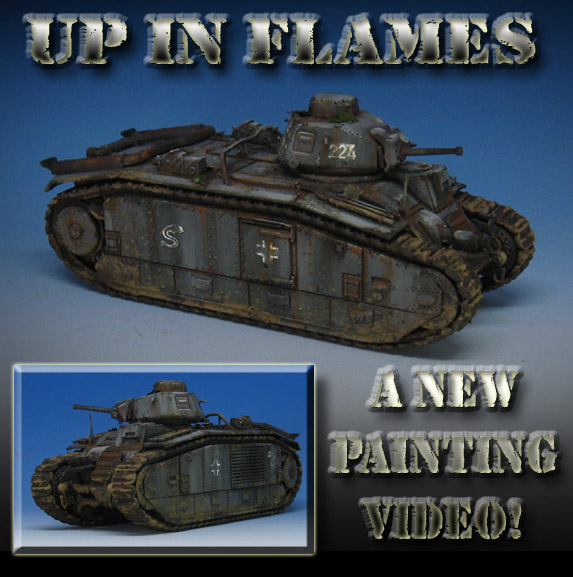 I just posted the first vehicle painting video in the Char Bis tank platoon box set from Warlord Games, which was so much fun to paint!!  Here's a link to the video:

As you can see, I did this video with my standard acrylics, with a few twists.  I took some of those acrylic paints and combined them with weathering powders and water effects to create some fresh mud!  I needed this to dry in a hurry, since I needed it for a battle report just a few hours later.

Having painted a few of the Char Bi Bis in the typical French camo schemes, it was a bit jarring to paint this in Dunklegrau.  However, it is also interesting to see things in a whole new light.  It definitely made a familiar shape look far less so.

As usual, my Secret Weapon weathering paints and Reaper Liner paints led the way.  Those make glazing so simple and easy, and they can be mixed or thinned with nearly any amount of water and still maintain their color integrity.

It did quite well in that game by the way, halting a massive Soviet advance in its tracks and saving the Germans from being overrun!

There will be two more videos in this series (such as Bilotte's Char Bi Bis), which will end up on the Patreon Page for the $5 level: 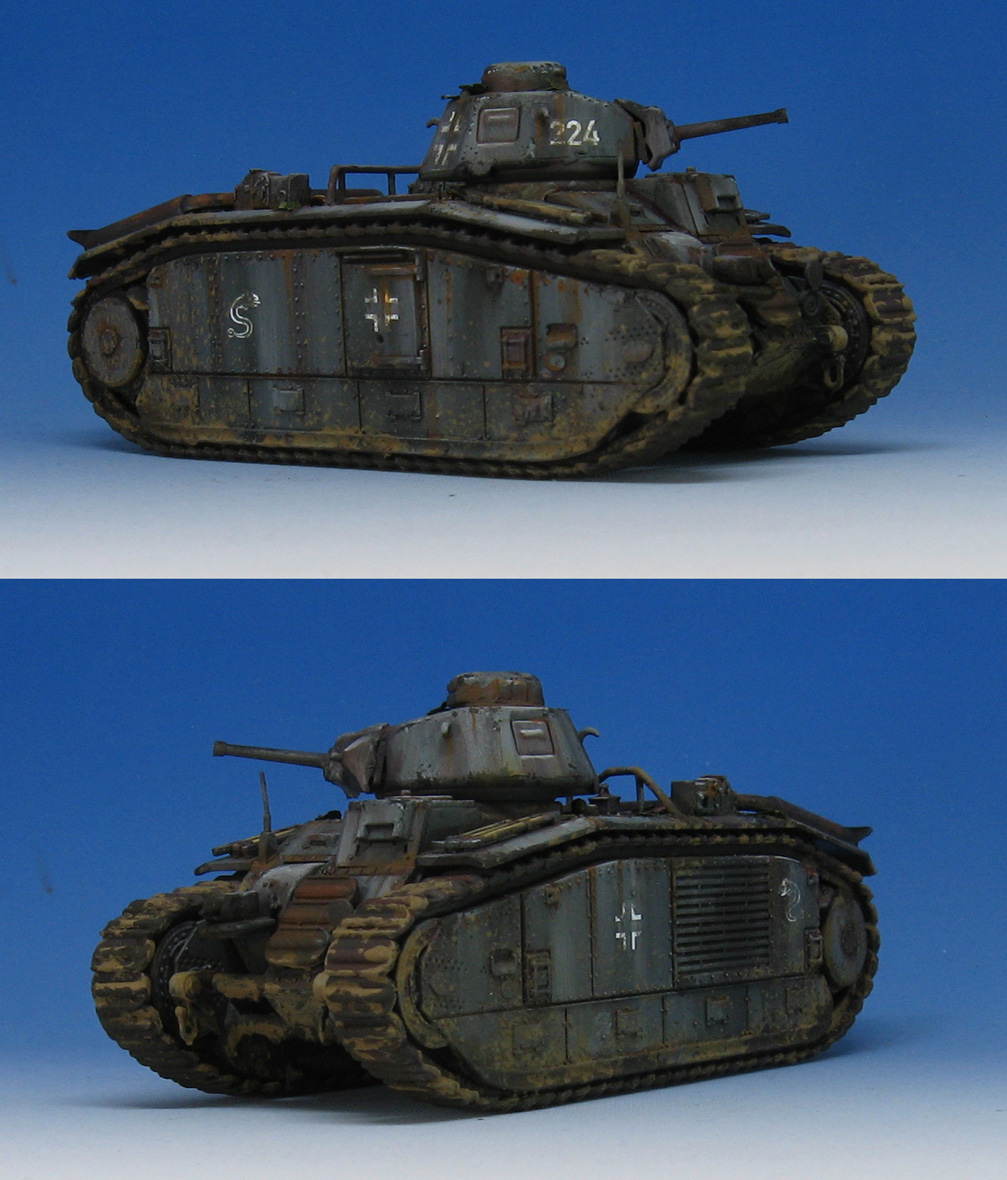