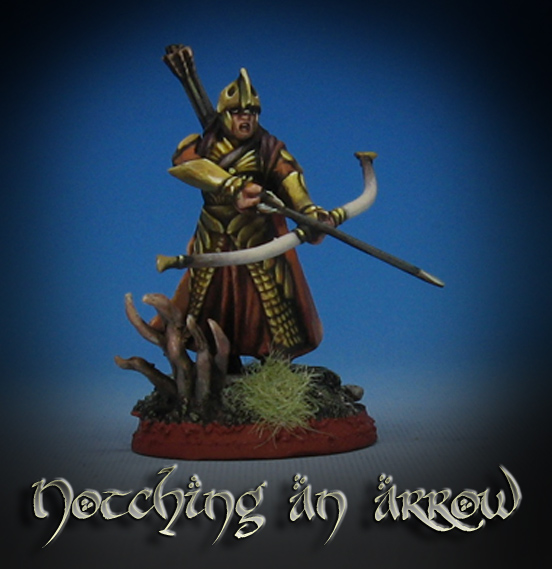 More Galadhrim elves for you!

I didn't have many archers in the army, usually only three or four at most.  The army was centered around the magic users, utilizing the wind blast spell.  Knock down the enemy and use the fast eagles and cavalry to pounce on them while they are down!

This worked quite well time and again.  Having the eagles to fly over the mass of bodies and hit them from the other side didn't always cause lots of damage, but it would tie those guys up when they did get up again, leaving those in the front to continue with the beat down.

Howling at the Moon 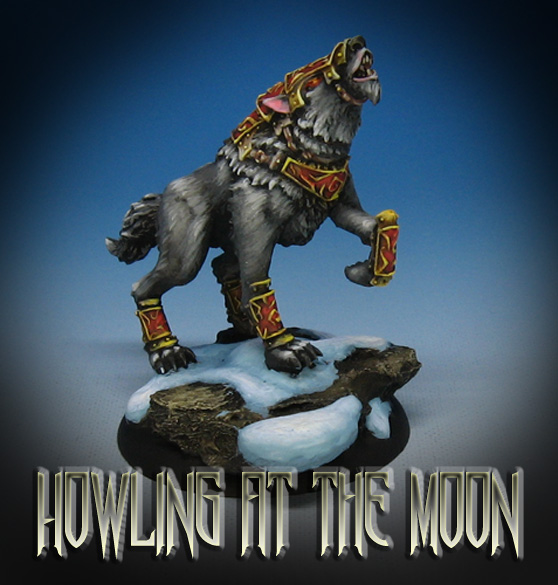 It's been a while since I have posted a Privateer Press figure, so I thought I would get back into that range by showing you a little different color scheme on the Oboros doggies.

Previously, all the dogs have been painted in various shades of deep red.  I had a lot of fun doing the dark grey/black color scheme!!

That neutral color really set off the red and gold armor quite nicely!

I painted three of the wolves in this color set, so stay tuned!